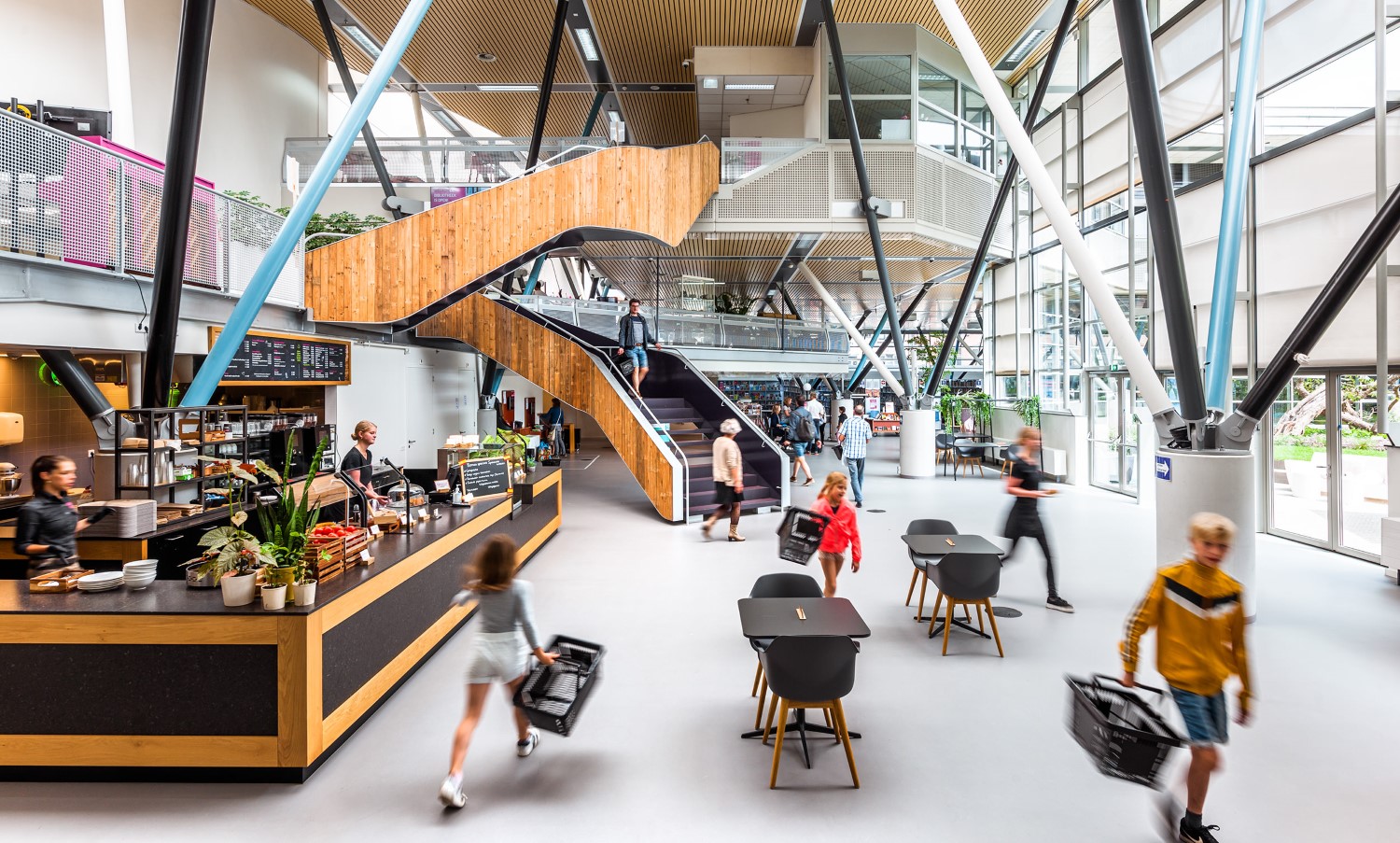 At all libraries, once the great information palaces, the challenge now is to carry through a transformation into centres that can offer a variety of cultural aspects as diverse as possible. To a building dominated by books and reading, we want to add a new dimension that makes it a space for concentration, study, but also for discussion, meeting, so focusing on education for all ages; a place in the city where you can always go to and where there is a climate that keeps you coming back.

Nieuwe Veste, in principle, already consists mainly of a large roof under which a random set of places for different activities as independent islands can be placed. When the amount of books is reduced, the remaining number can be accommodated in stand-alone 'rooms', each of which can be considered as a mini reading hall. This prevents endless rows of books from being dominant. In addition to the free-formed rooms, there is room for long tables at which it is possible to work 'collectively' but individually. In addition to book rooms and the long tables, smaller units are also available where one or more people can find a sheltered place.

The renovation was limited to the most urgent matters such as a substantial connection of the first floor with the ground floor. By providing a very wide staircase with seating capacity, the possibility of a theatre function is also met, suitable for performances or presentations in the midst of other activities. It is also clear from our experience that such steps where on can sit on are used in an informal manner.

Because the two absolutely separated levels are now connected to provide continuity, it became possible to get the character of a large market hall as is widely found in Mediterranean countries, and this creates the idea of ​​a culture market. 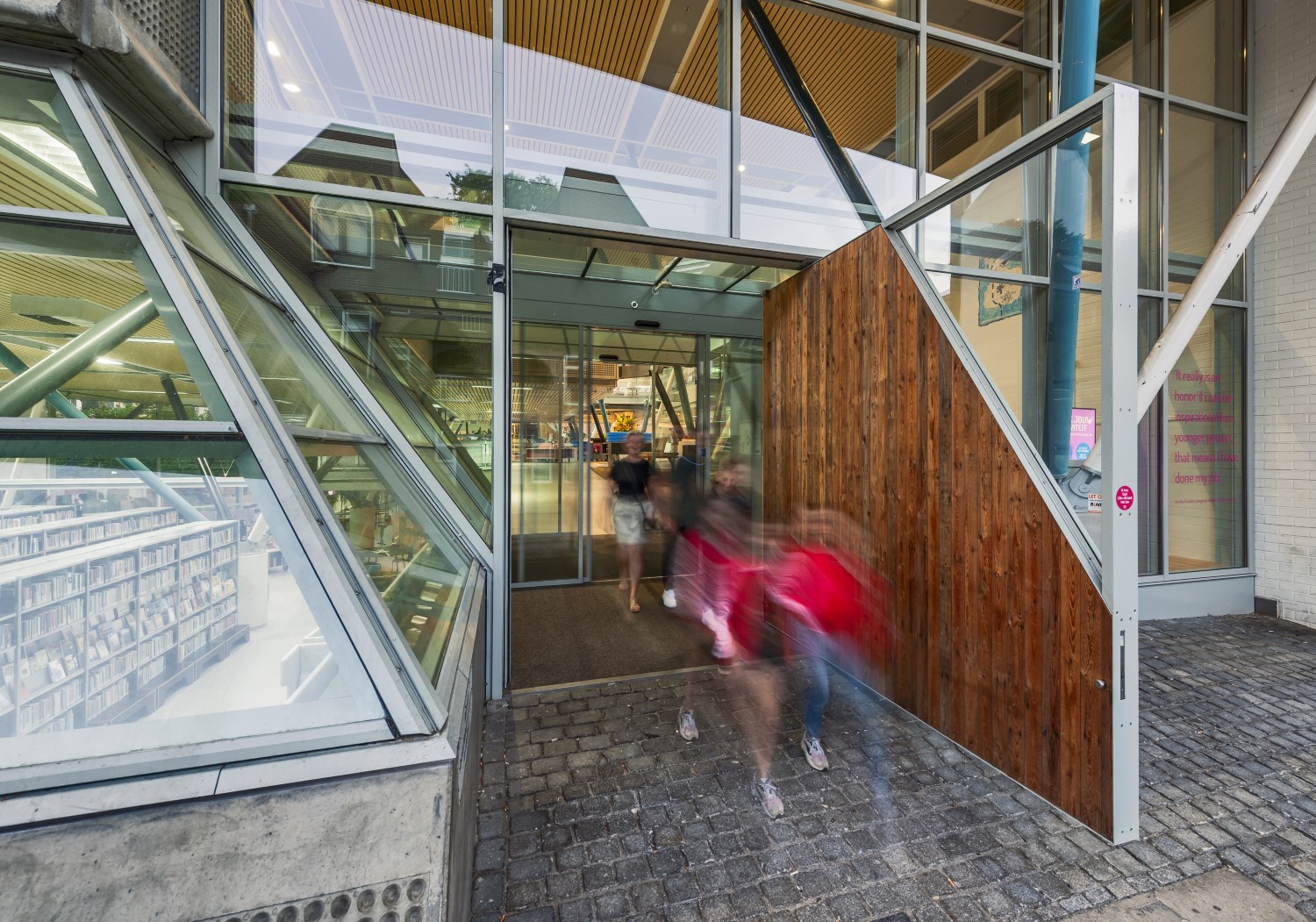 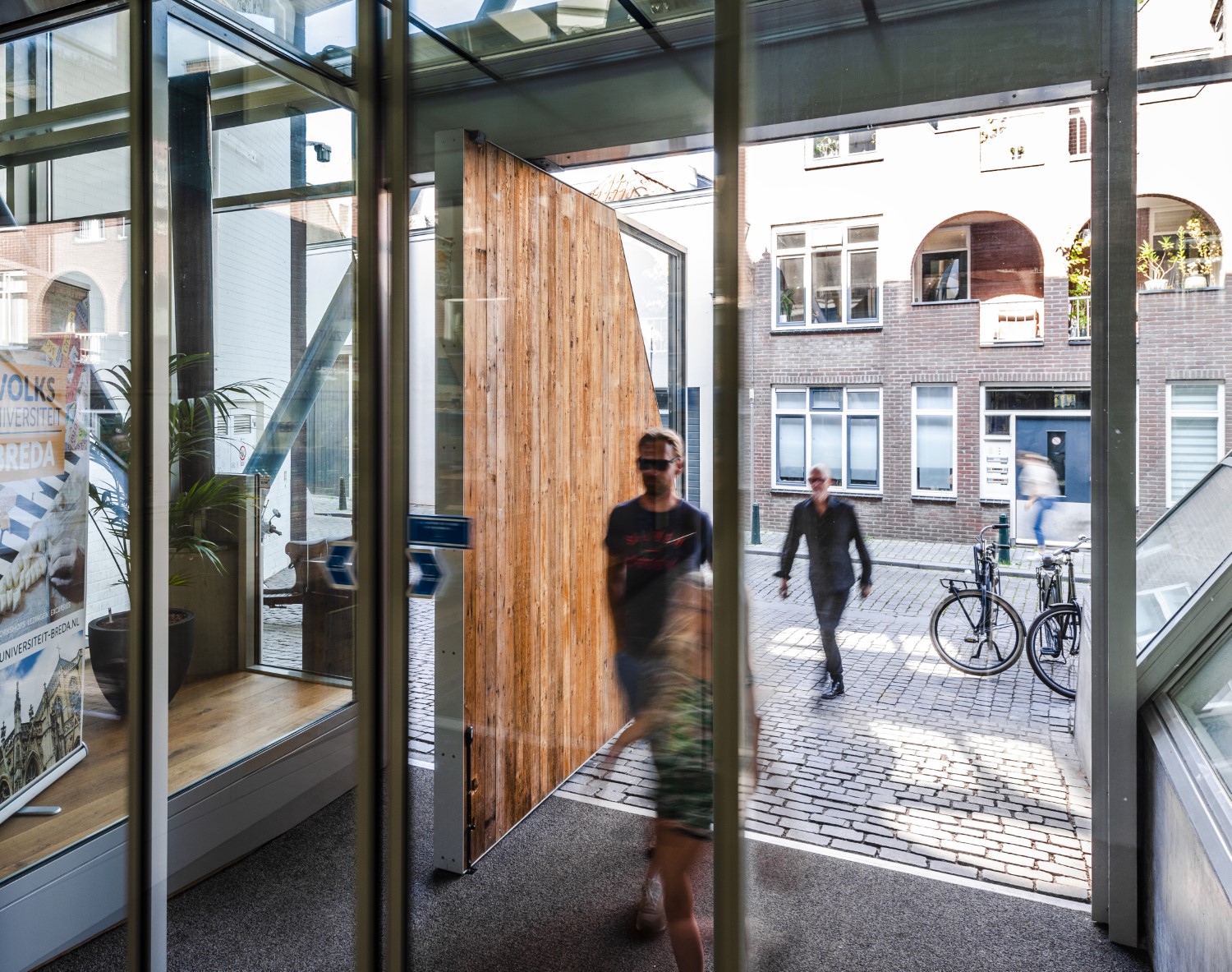 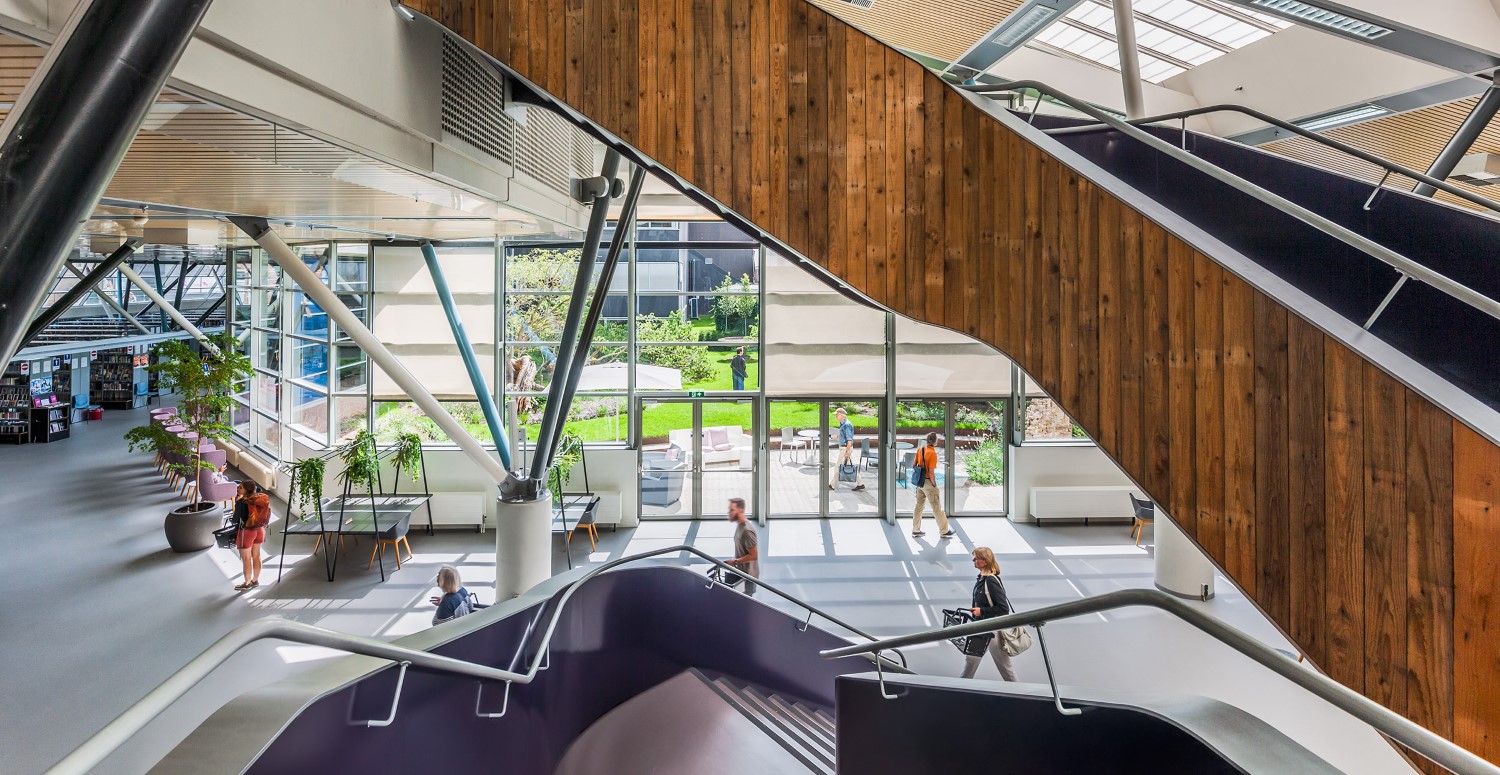 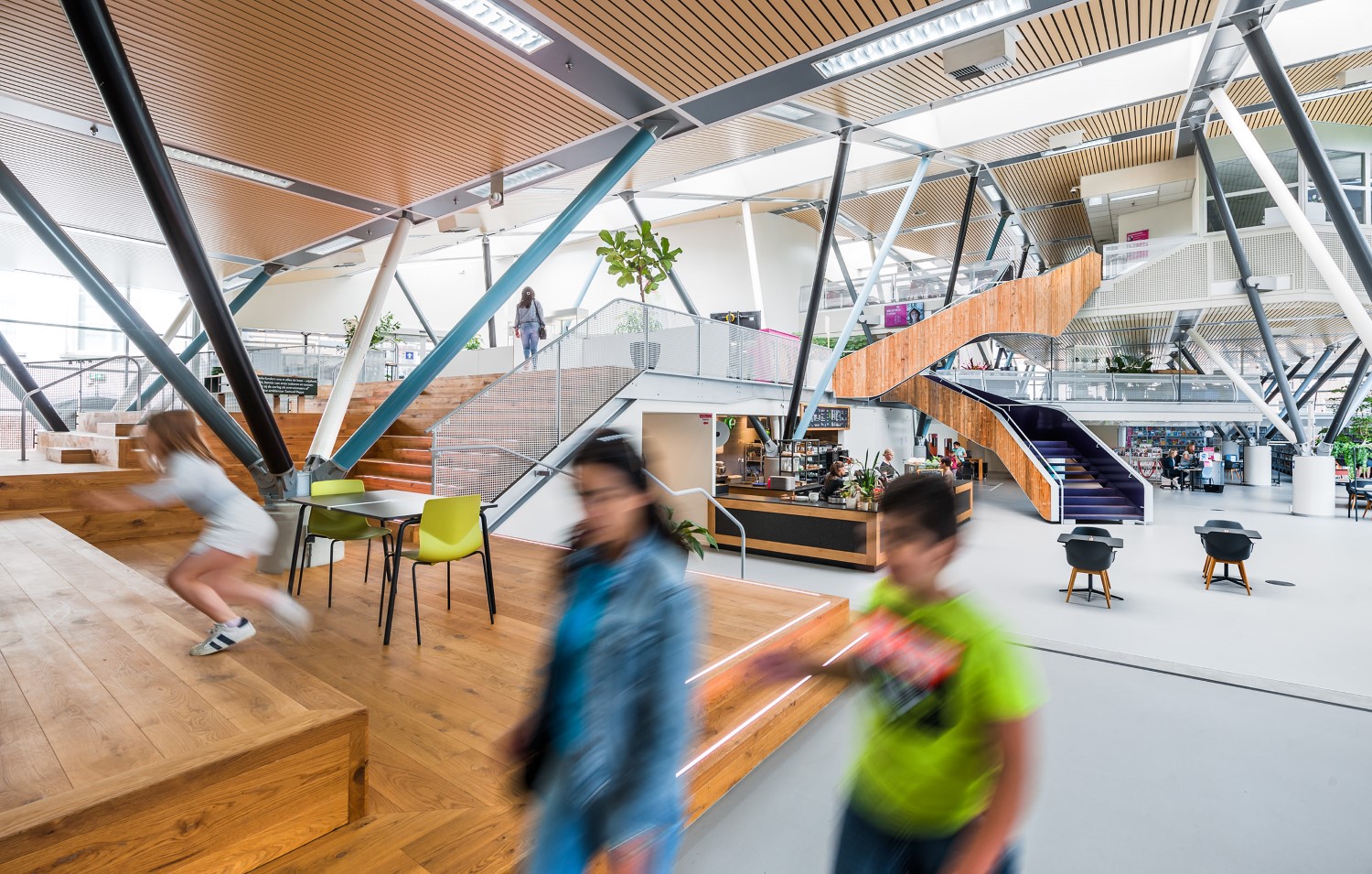 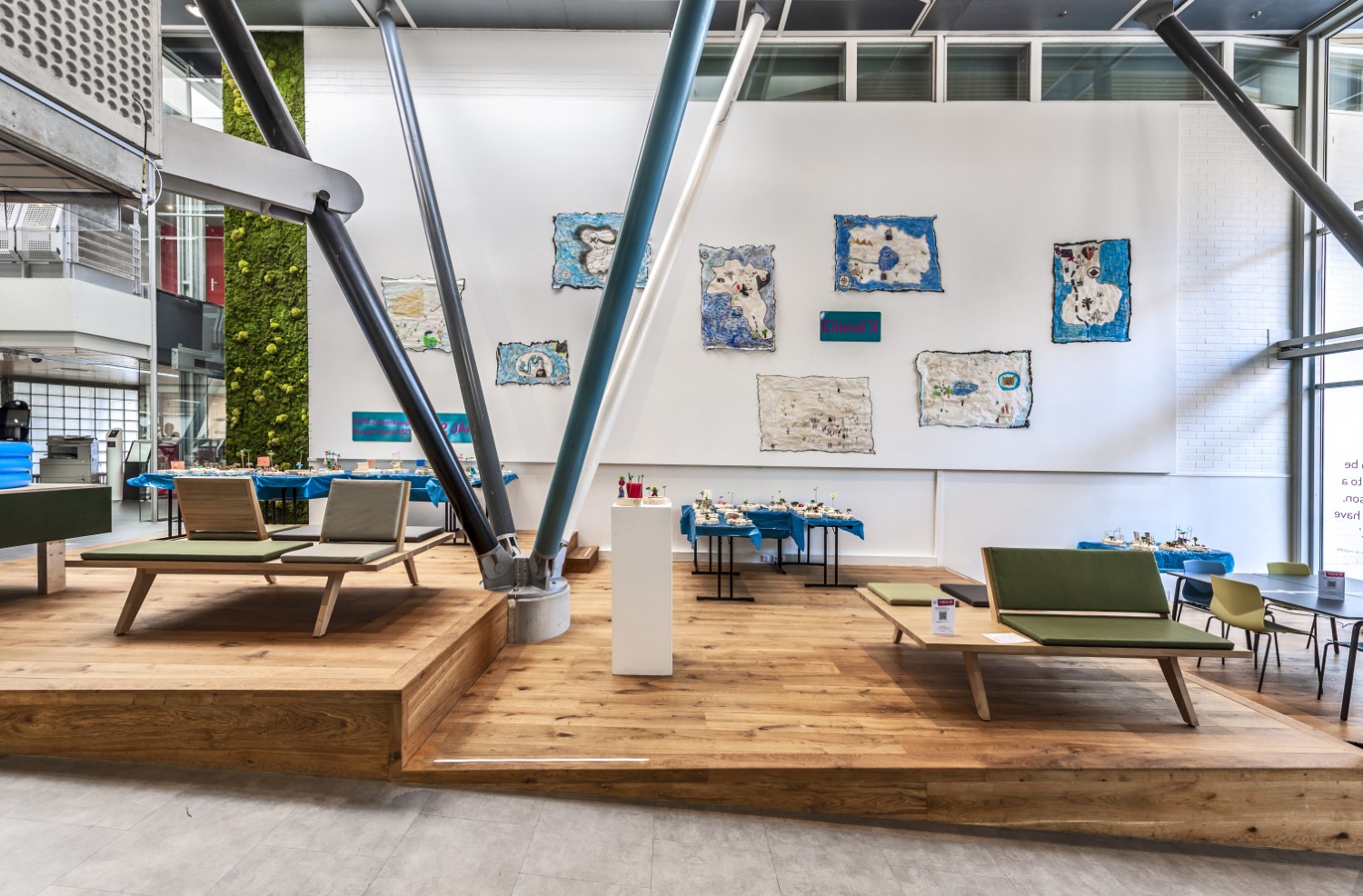 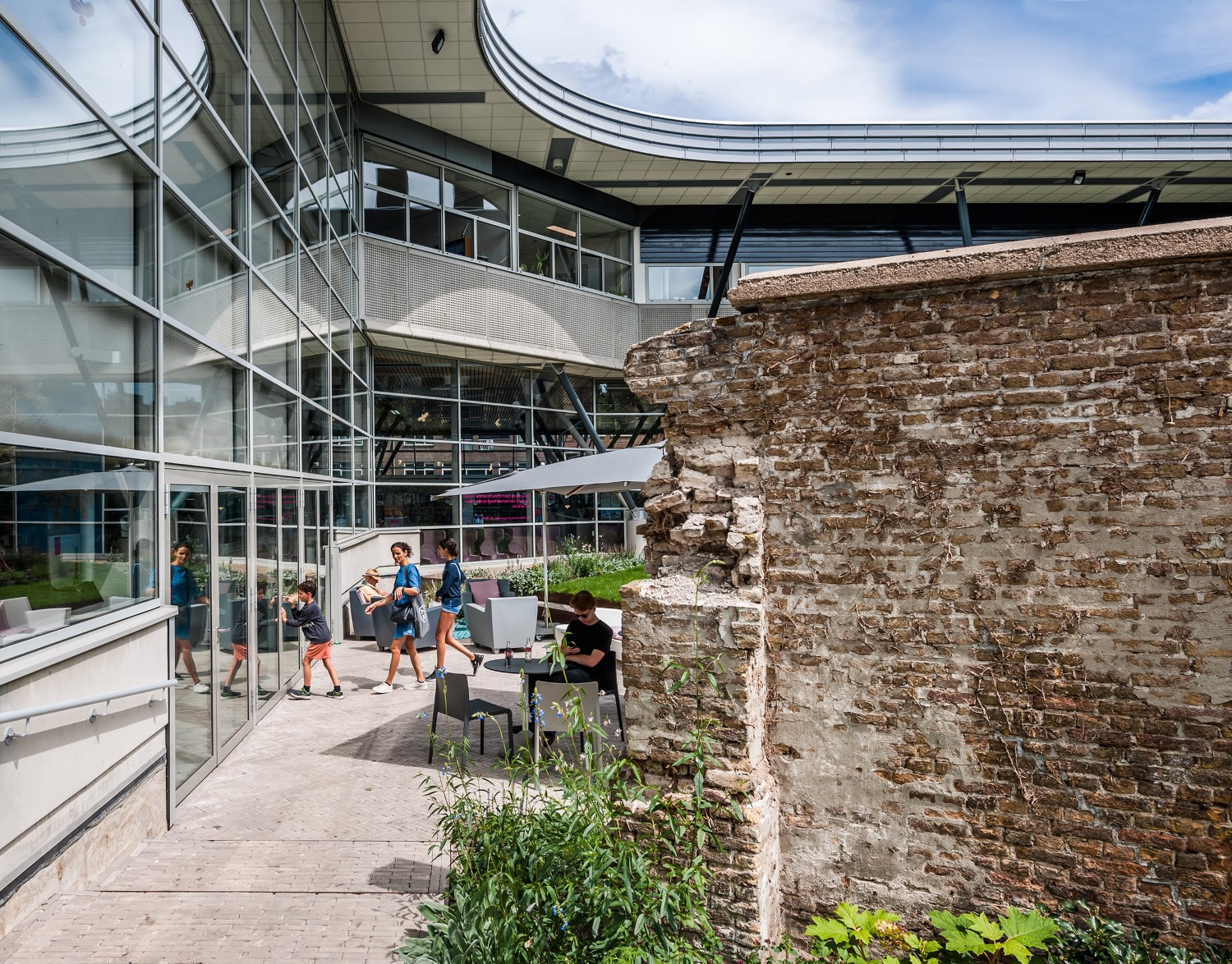 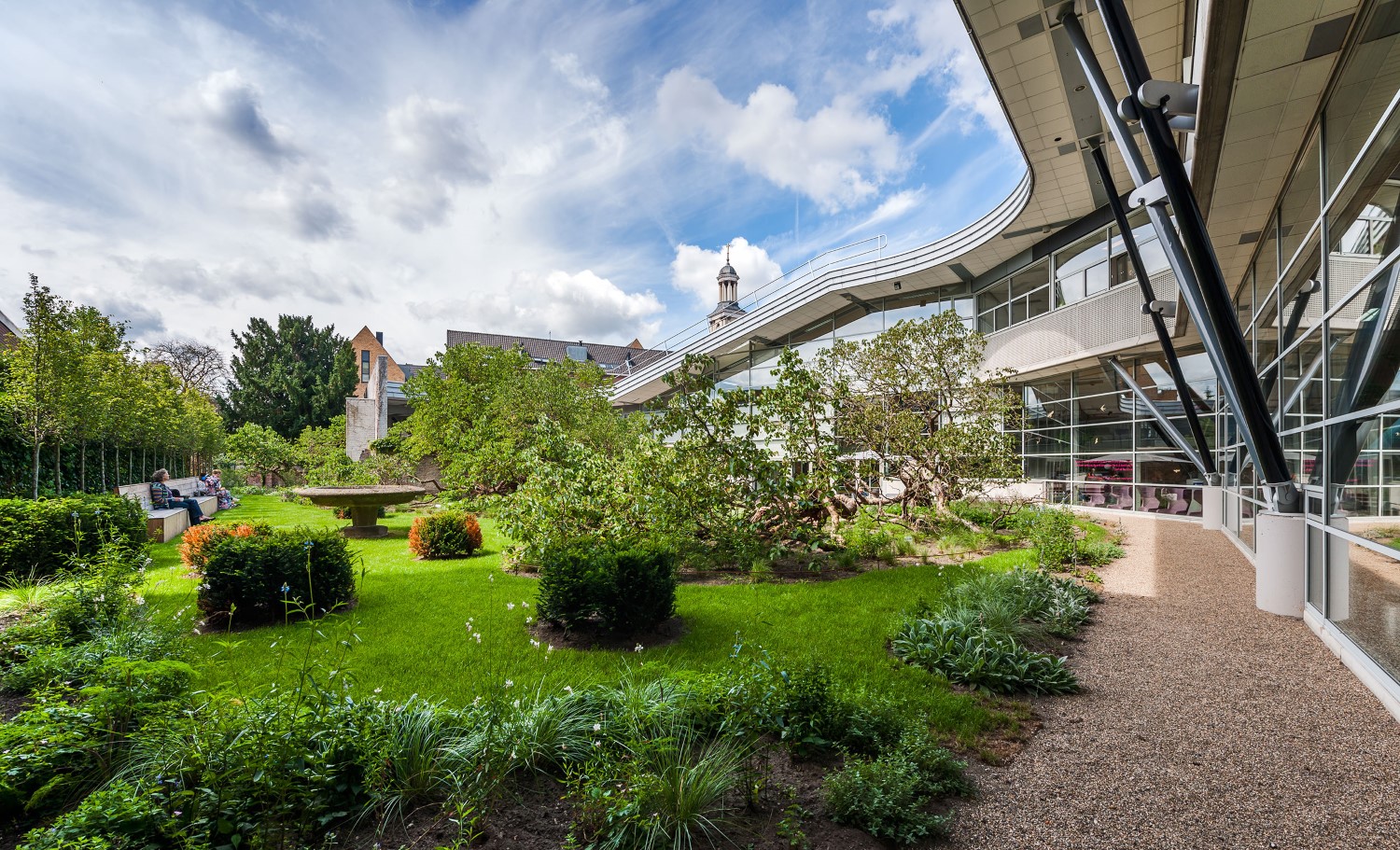 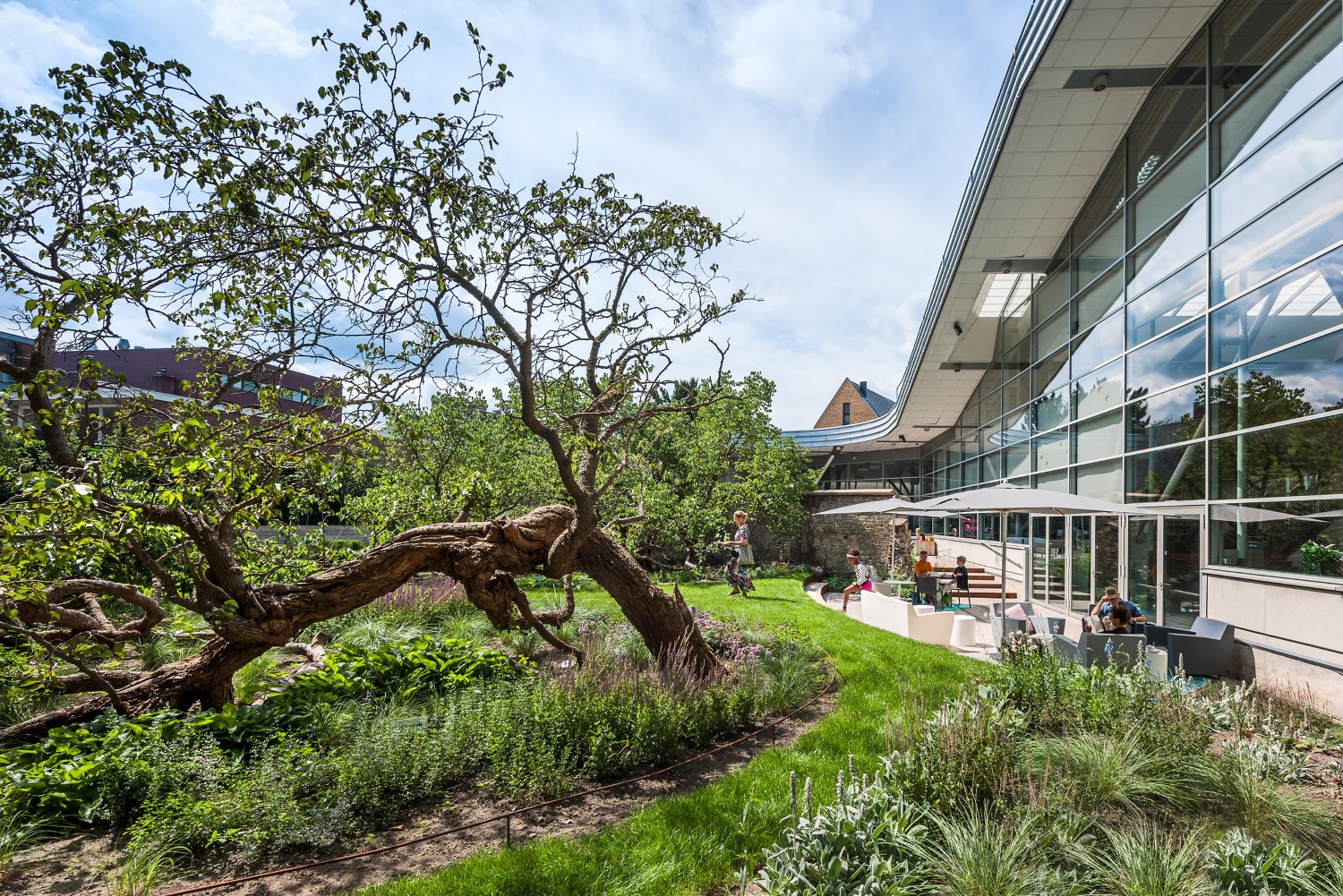