AHH is an all-round architectural office with a comprehensive portfolio that ranges from urban planning, housing, office, cultural, and educational buildings to fully detailed interior design. The office operates from the central idea that good design creates space in which the user feels welcome and at home, respected and challenged.

We are specialised in translating complex programs into an optimal design. During the design process we work closely with the client, future users and professional advisers. This approach results in unique projects that meet the client’s ambition.

Herman Hertzberger founded his architectural office in 1958, located in Amsterdam. Starting off in the attic of his house on the Stadhouderskade, the office successively moved to the Nieuwe Herengracht, the Vossiusstraat and since 1992 it is located in a former school building on the corner of the vibrant Albert Cuyp market.

One of the key elements in the designs of the office is the conviction and belief of designing buildings for people and the way people make use of space:
‘What matters is the interaction of form and users, what they convey to each other and bring about in each other, and how they mutually take possession of each other.’

Since 2015 the office operates as AHH. The office team covers qualified and experienced architects, recently graduates, technicians and administrative staff.
The various partners each have their own signature, which creates a recognizable but varied and rich portfolio.

Organising the interior space in accordance with the CITY AS A MODEL, is a recurring theme within our office. A crucial aspect here is that all internal circulation should be confined to this CENTRAL SPACE so that everyone keeps returning to it and the paths keep crossing.

Given that society is in a permanent state of flux, we believe that functional change must be regarded as a consistent feature in everything we build. We can justly claim that the principle of FUNCTIONAL FLEXIBILITY in architecture is a major theme of our practice and one that we have successively applied in our projects.

We aim to give every building a distinctive character, which emphasizes the client's IDENTITY. During the design and construction process we pay particular attention to the relationship with the CLIENT. The cooperation with the client makes a continuous interchange of views possible, leading to a UNIQUE OUTCOME.

With our methods of building construction, we are able to make a significant contribution to the SUSTAINABILITY of our environment. Opting for sustainability inevitably means opting for QUALITY.

We distinguish three major aspects of sustainable building design: a long physical lifetime, an energy efficient installation concept and a culturally sustainable form that is able to host functional change. 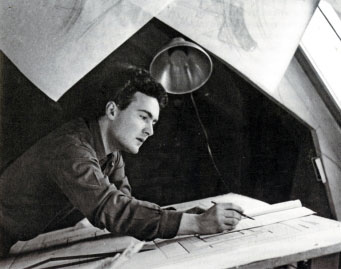