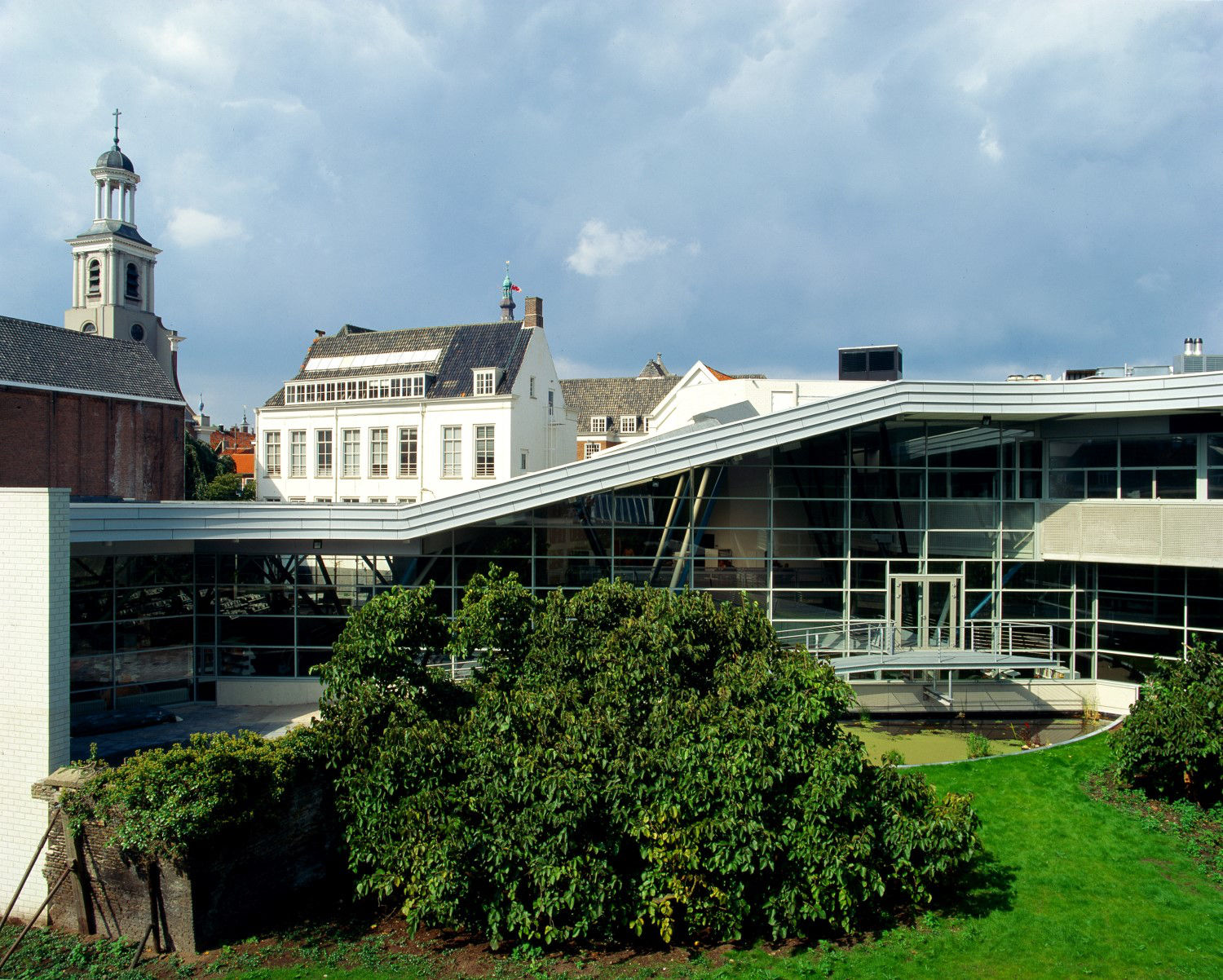 The complex is located for the most part on a large inner courtyard, with a small garden crafted round a protected group of rare mulberries. It is an amorphous space left between the surrounding existing developments and oversailed by a large roof which, on the side to the street and following the original curved building line, reinstates this characteristic curve if only in the roof line. Set beneath this large roof on the upper level is the cultural centre Nieuwe Veste, a sort of elongated box suspended above the undivided library space covering the entire surface of the available site. The unique value of these trees informed the spatial configuration of the entire design. More than that, it was the original inspiration for the chosen structural arrangement of tree-like columns allowing the greatest possible intervening space, a distance that is reduced in the ceiling to accommodate spans more favourable to the lightweight steel construction of the roof. 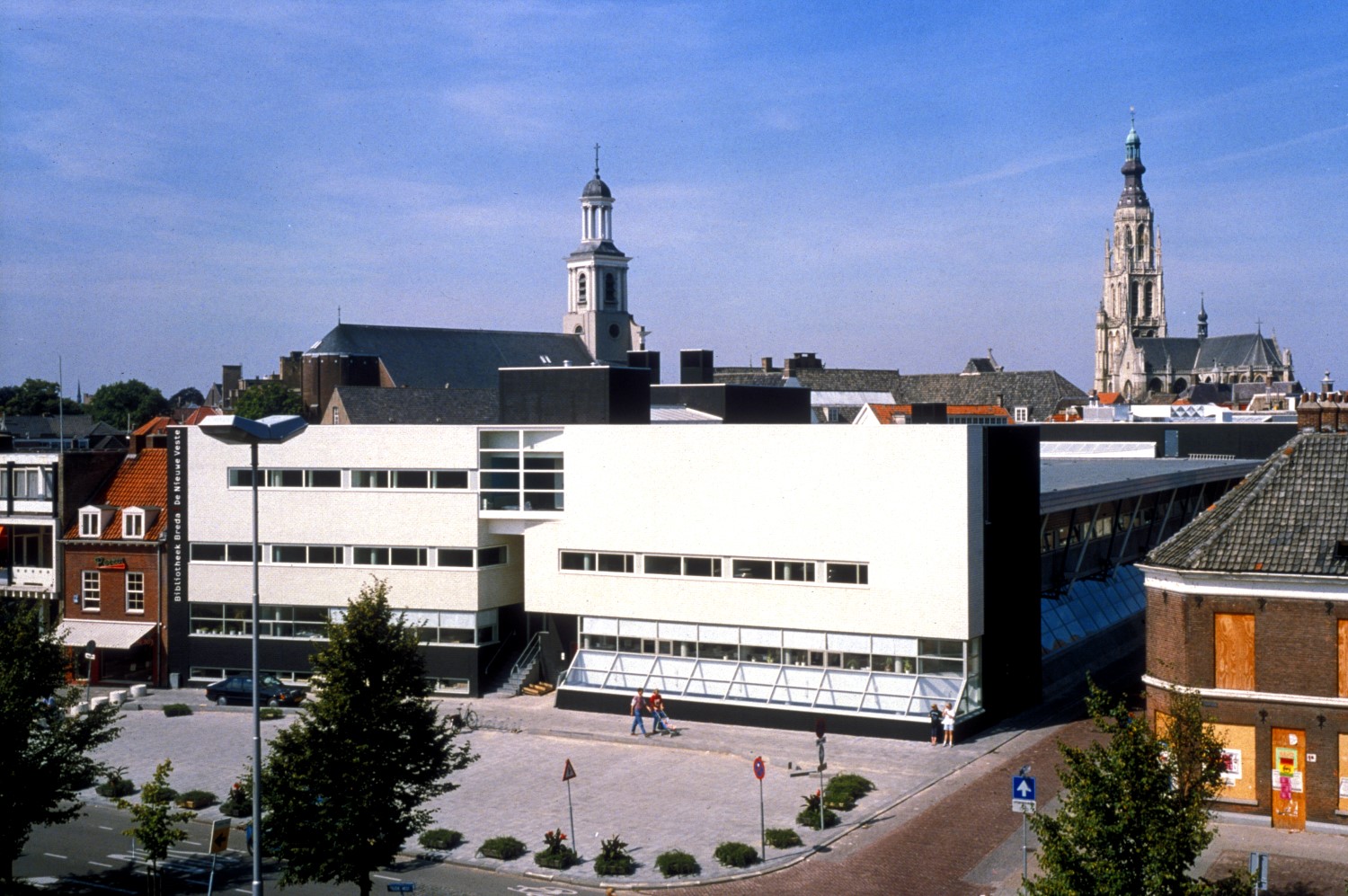 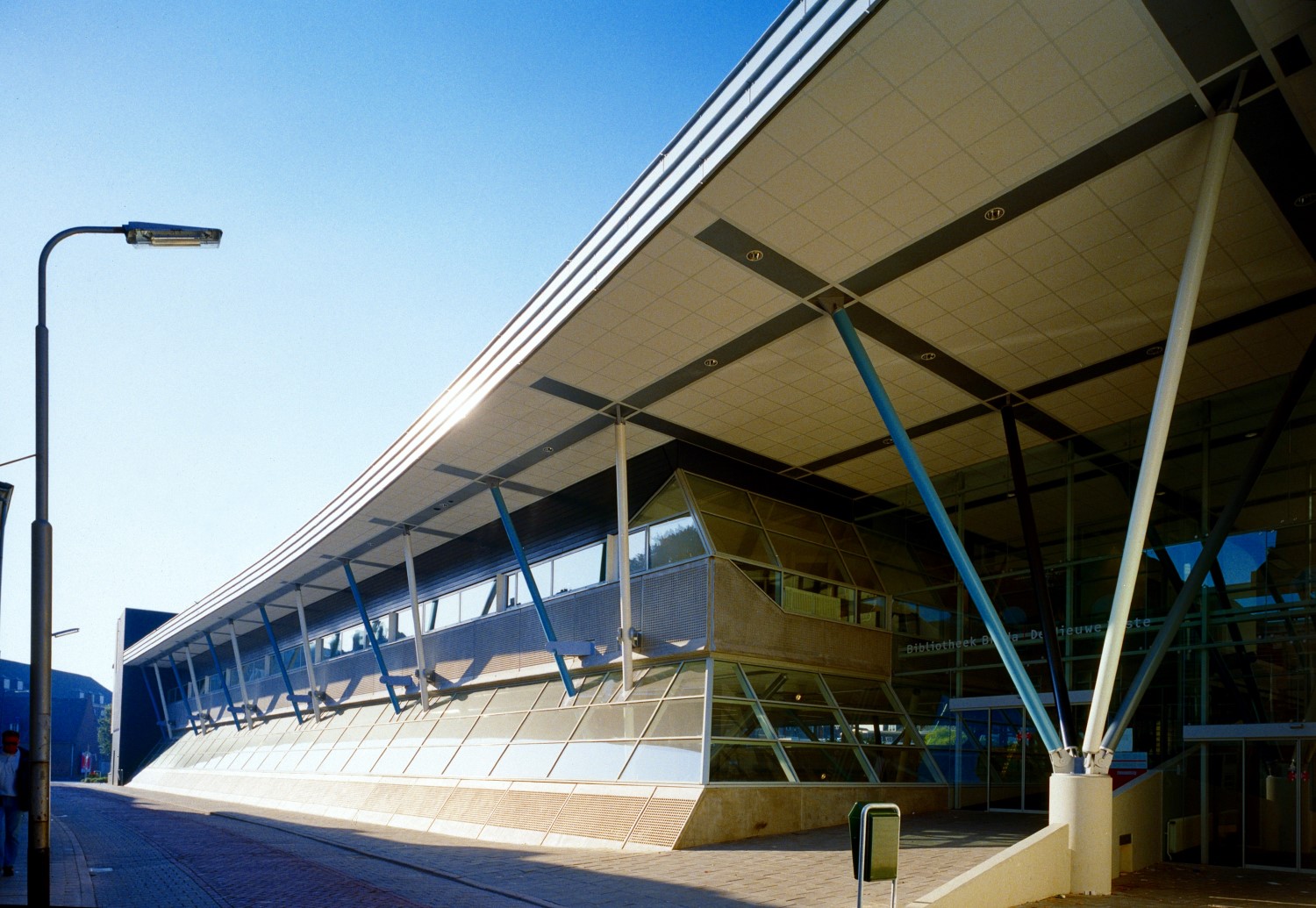 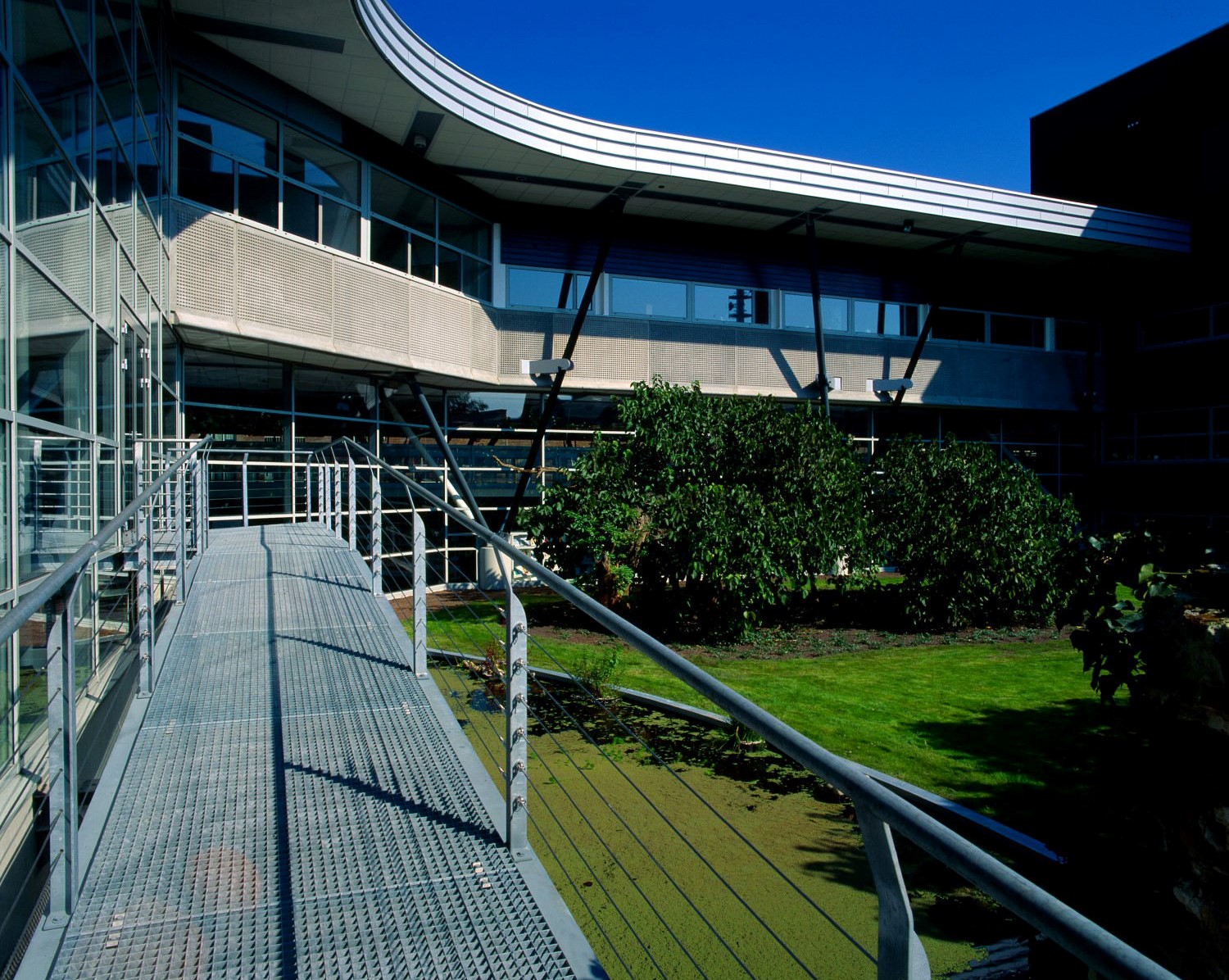 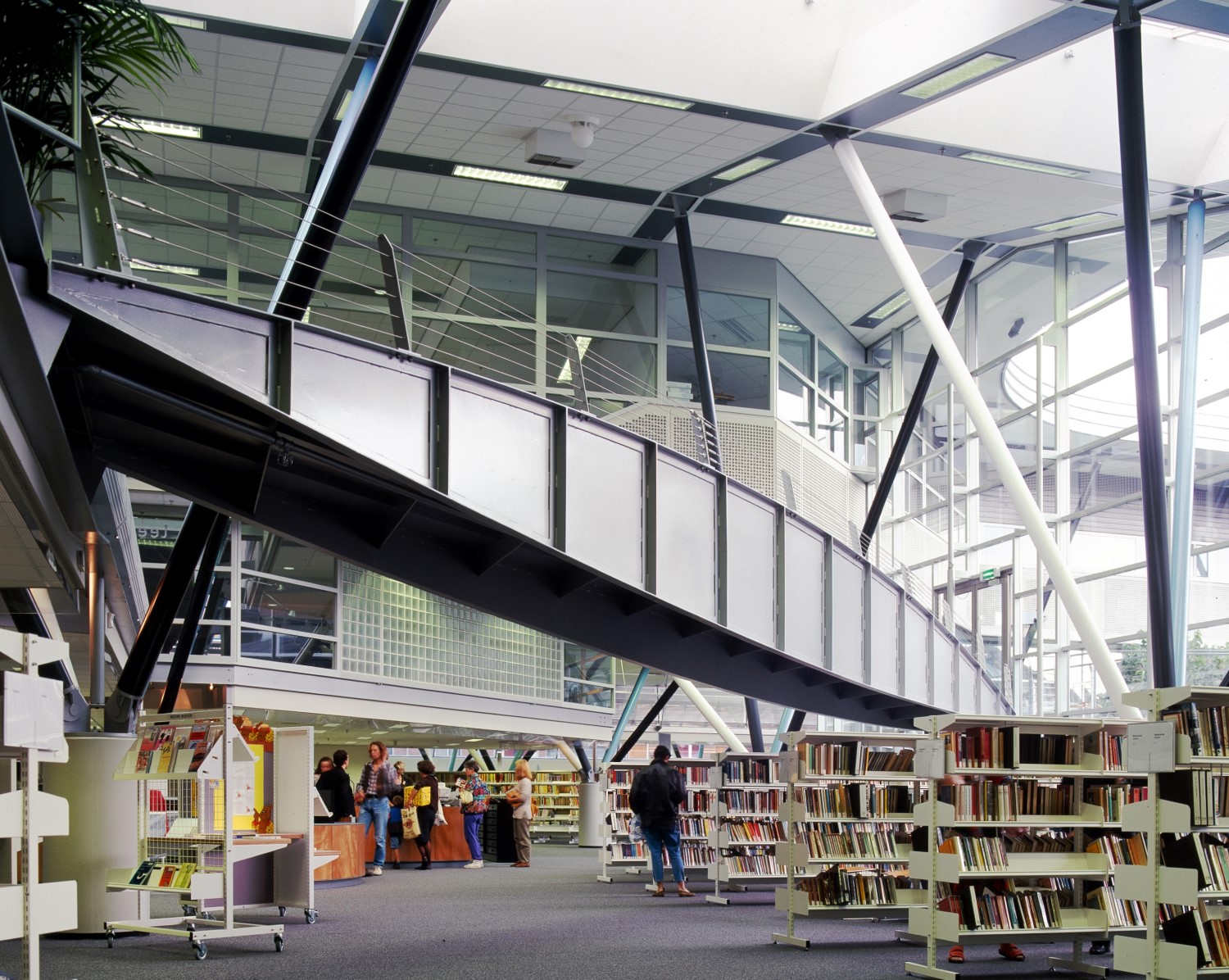 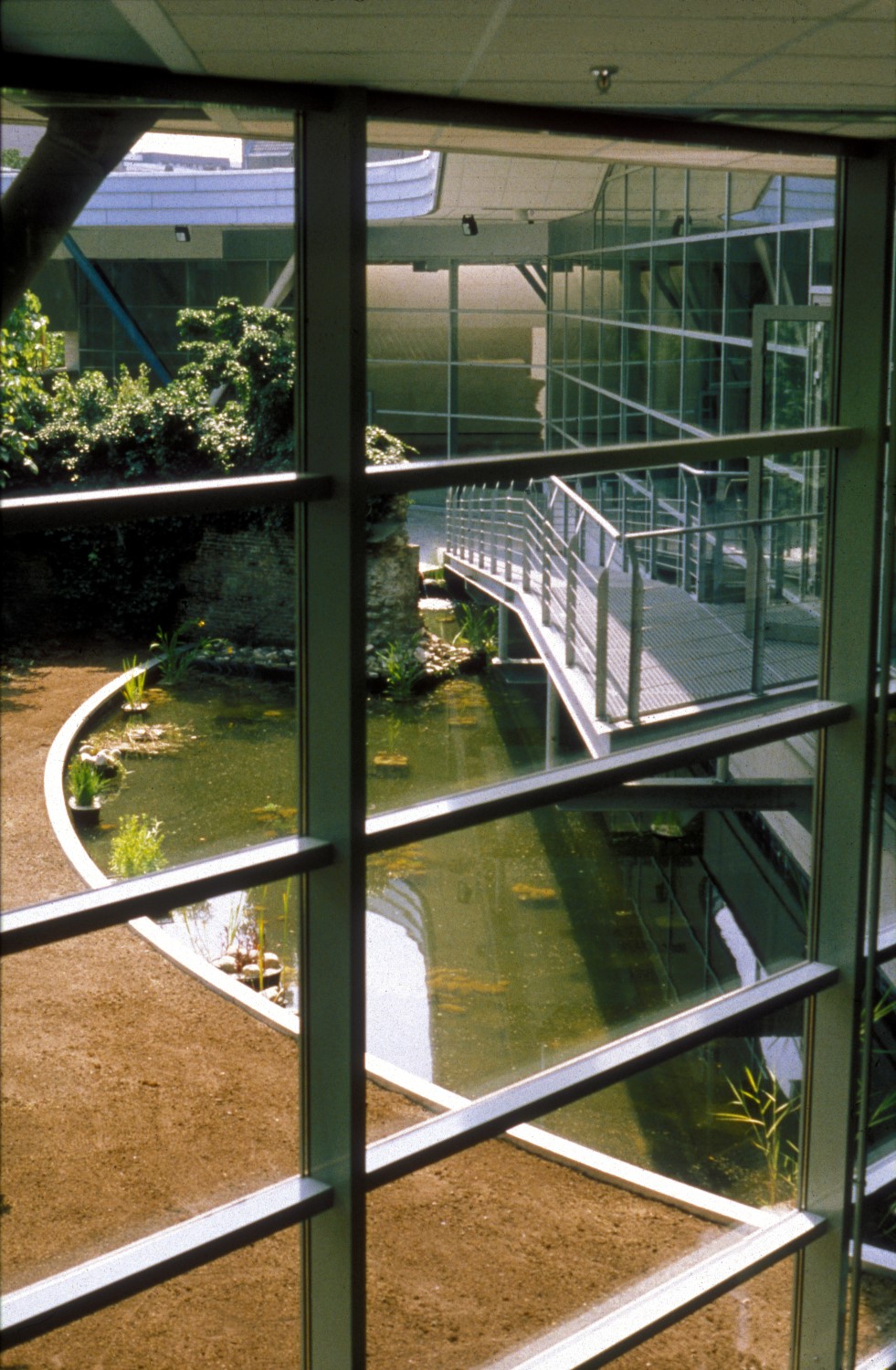 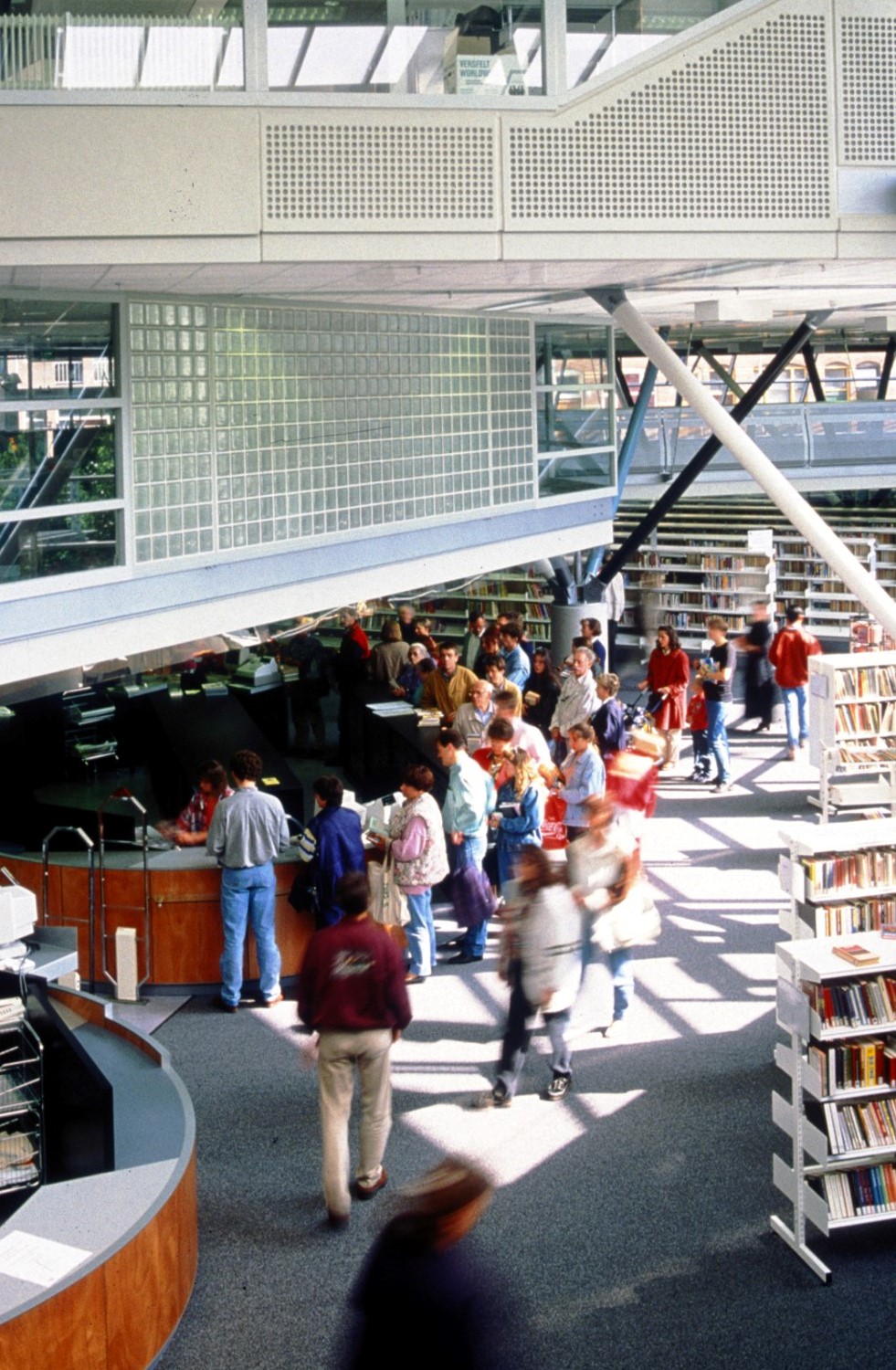 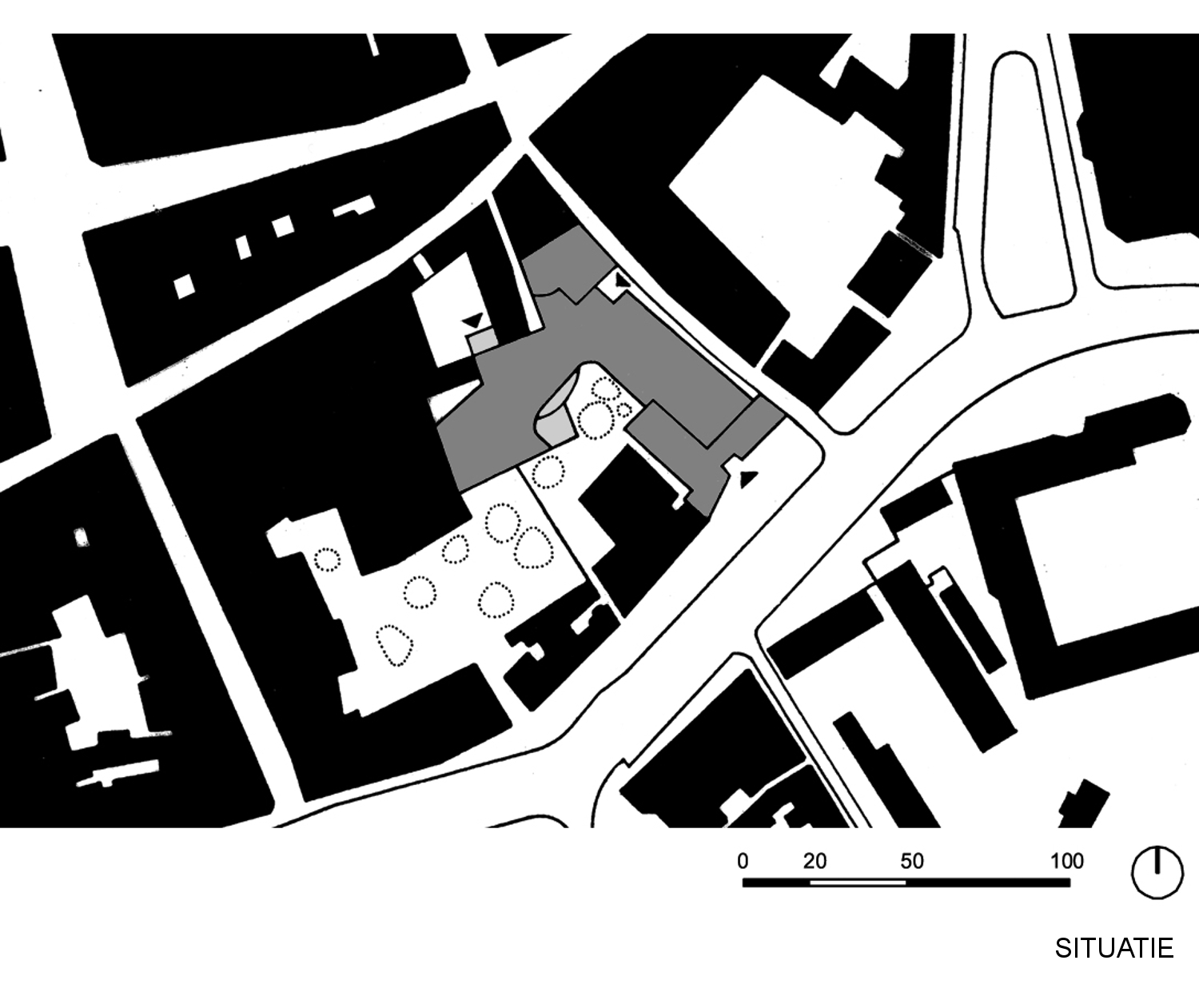 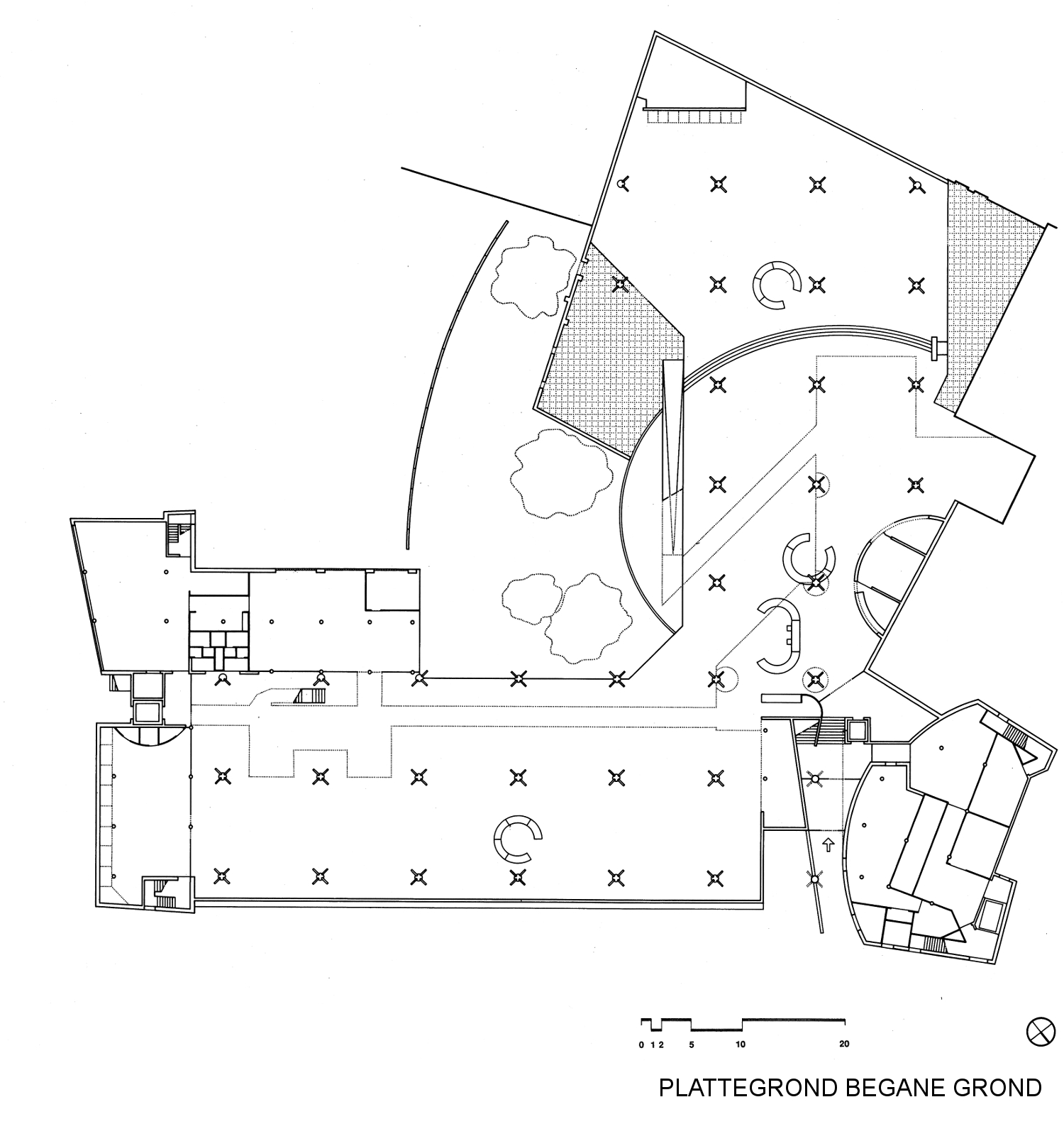