An office building as 'work space'; for 1000 people designed as a single articulated unit, consisting of sixty tower-like cubes connected on each floor by over-passes. The extensive central street area, in which the space is equally developed in vertical and horizontal direction, calls to mind the street pattern of medieval town. Also the materials of the glass-roofed inner space evoke an outdoor atmosphere. In each corner there is a place to have coffee, to relax or to hold meetings. The illumination throughout is an integral part of the architecture, in this case conceived in terms of street lighting. The transparency and lightness of the metal stairs together with the glass-brick fillings create a harmonious contrast with the heavily dimensioned main structure of the building. We try to arrive at a wealth of formal expression by using simple, sober means, to create a feeling of spaciousness even when working on a small scale. 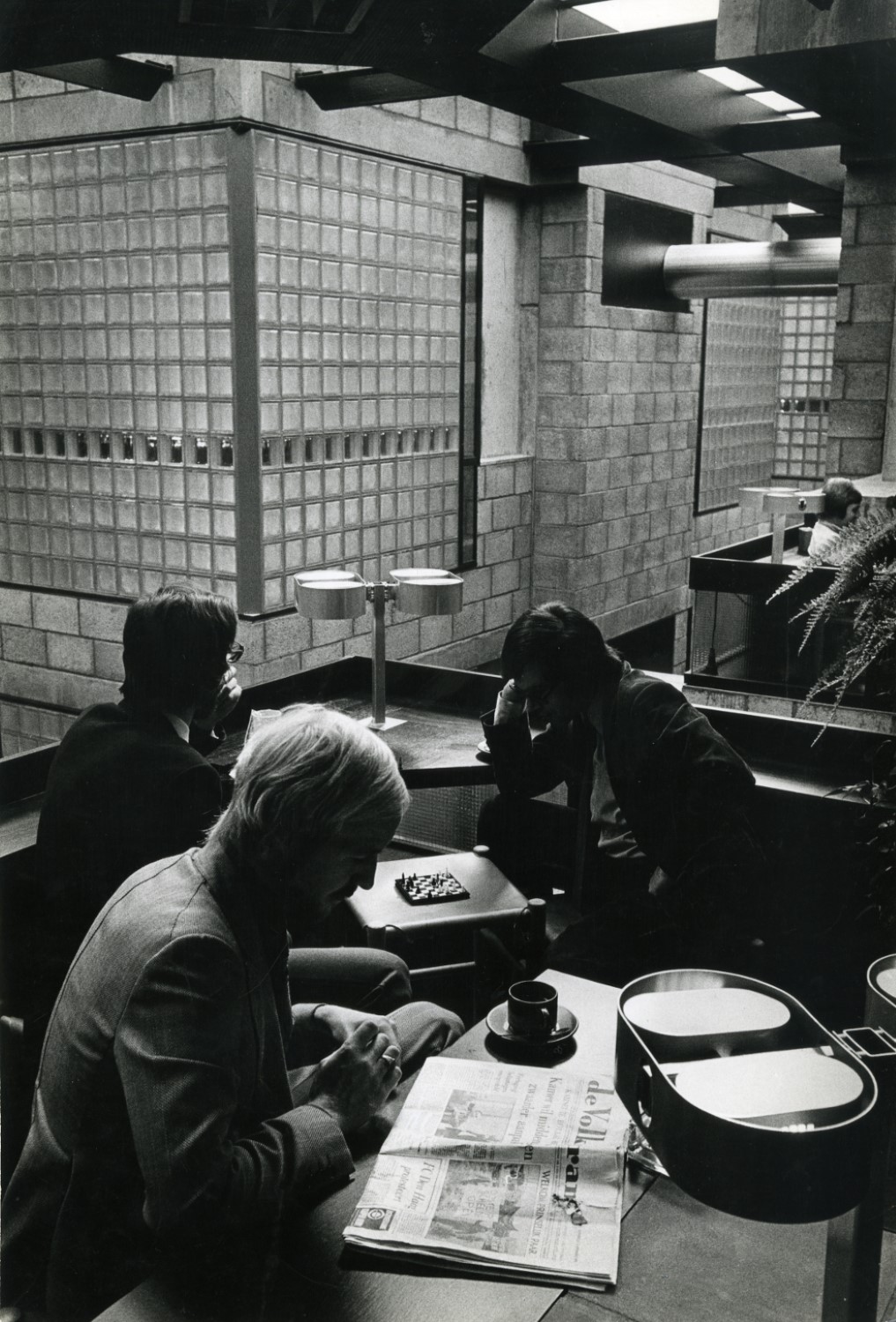 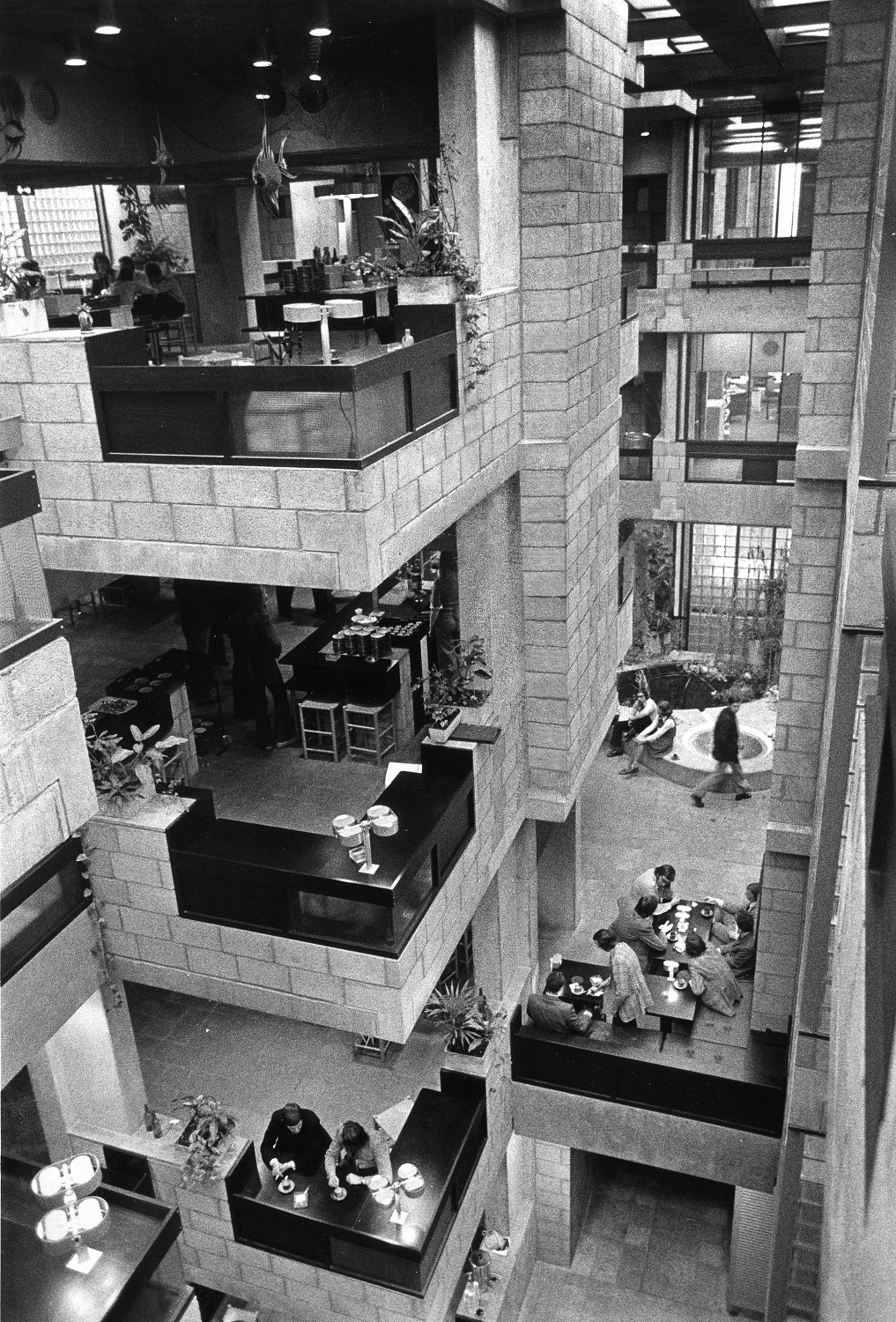 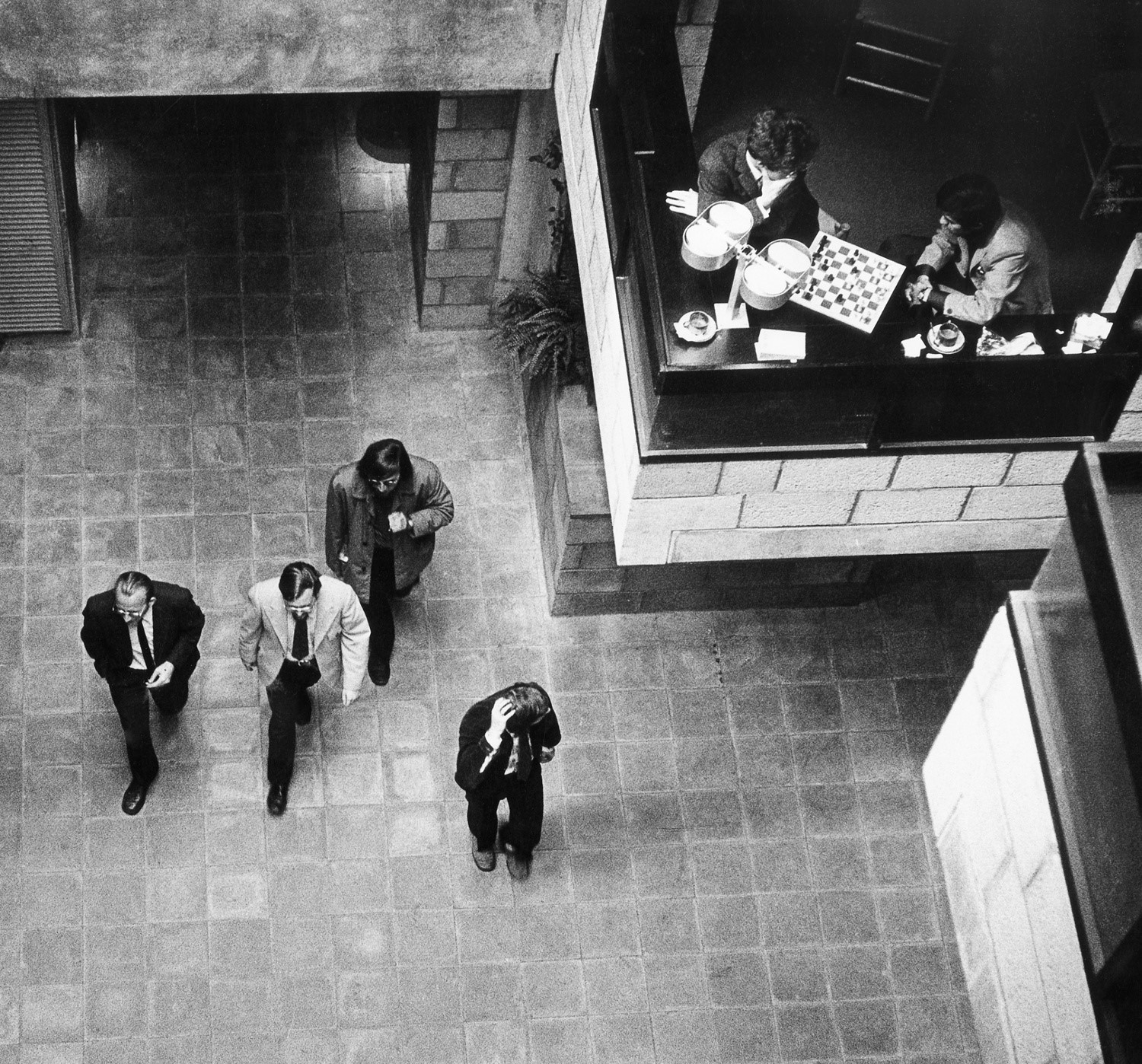 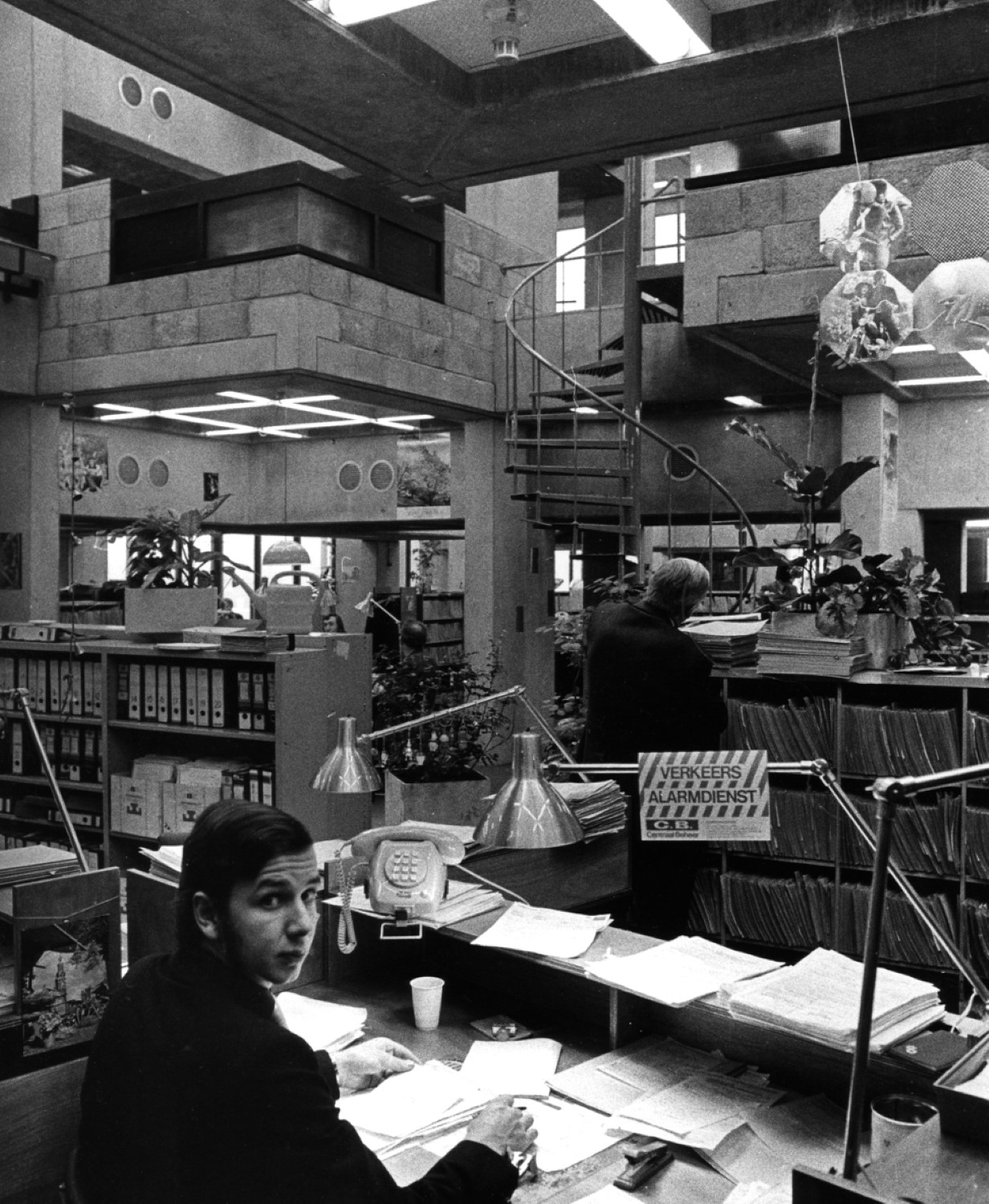 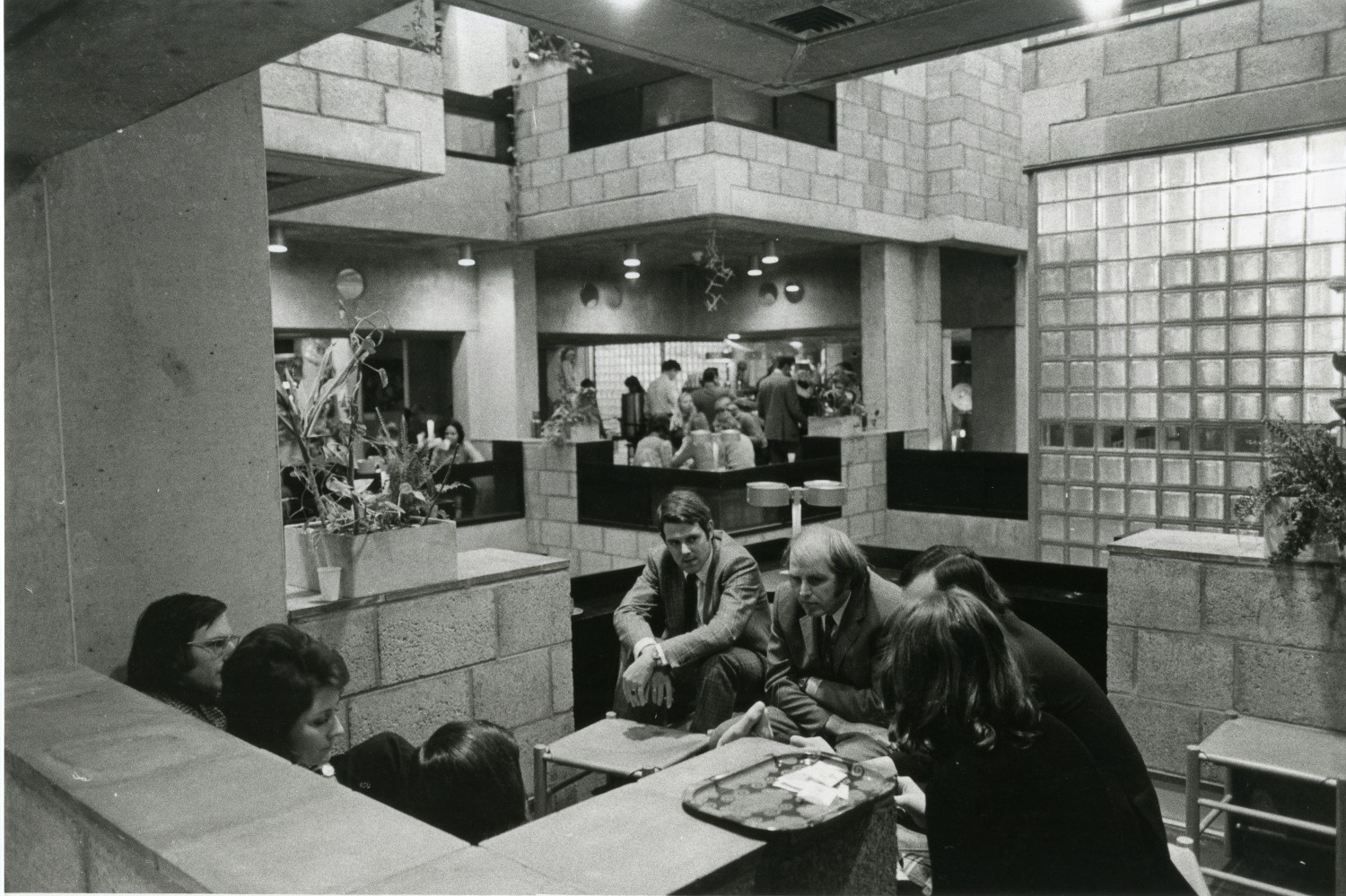 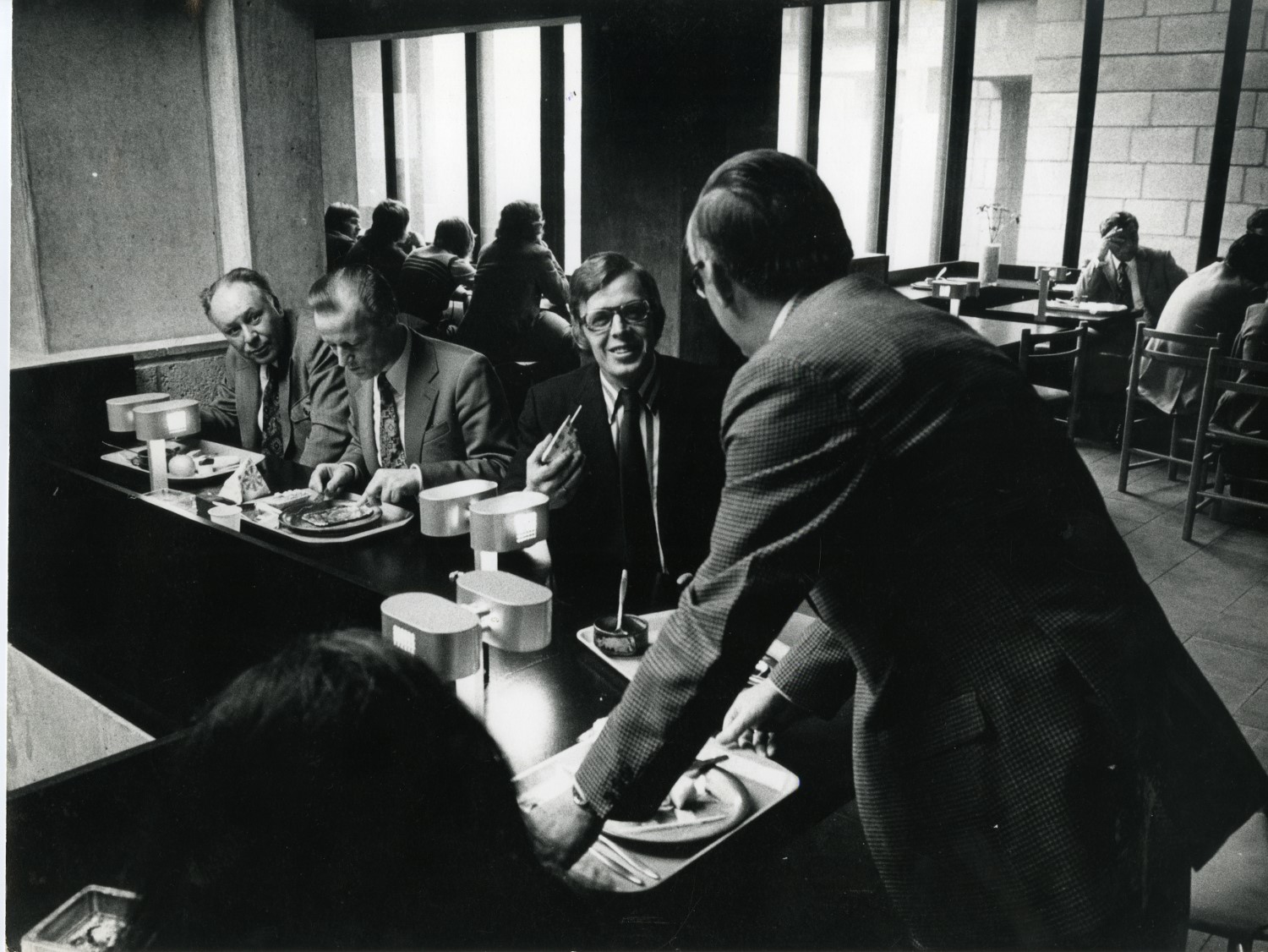 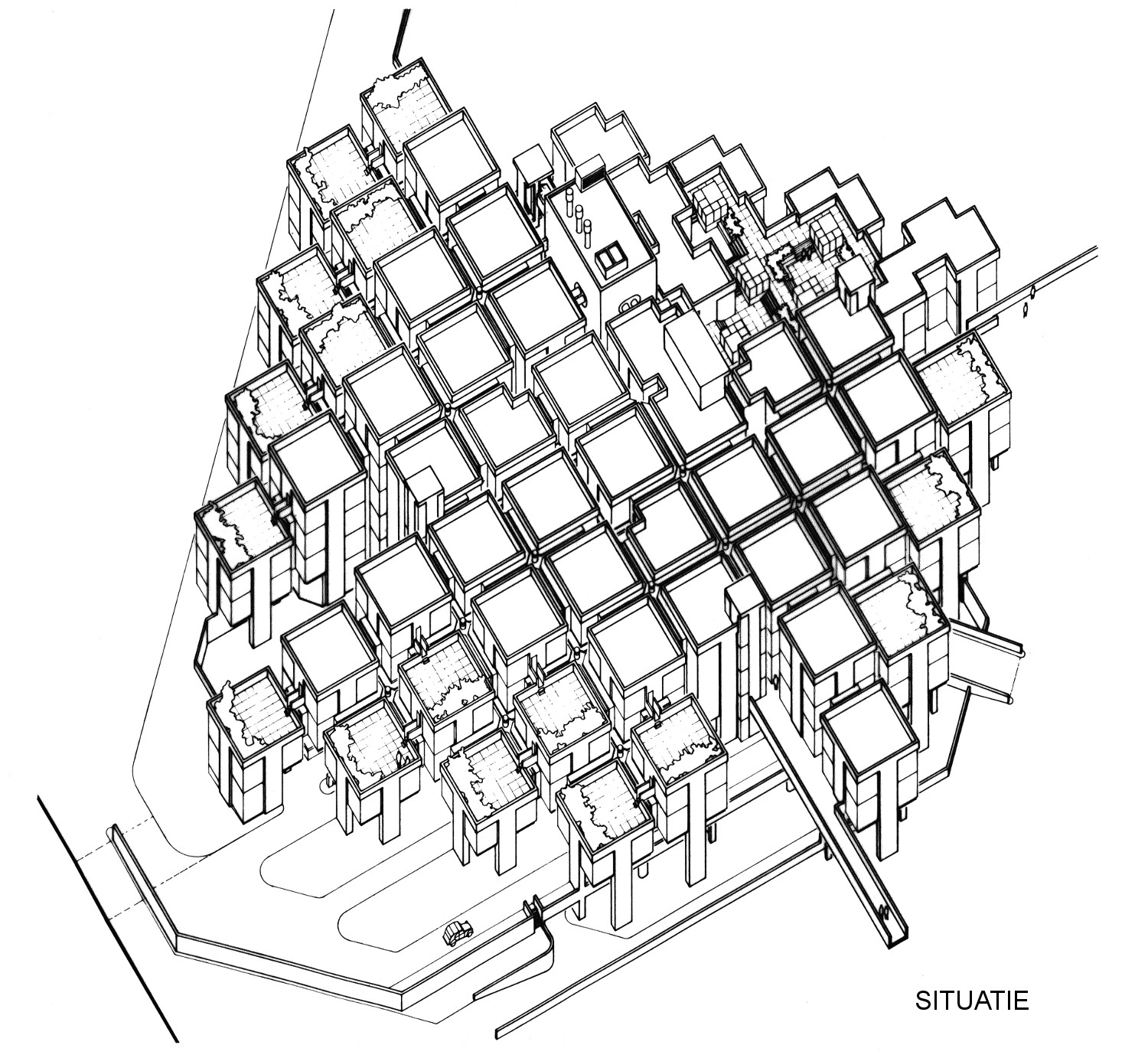