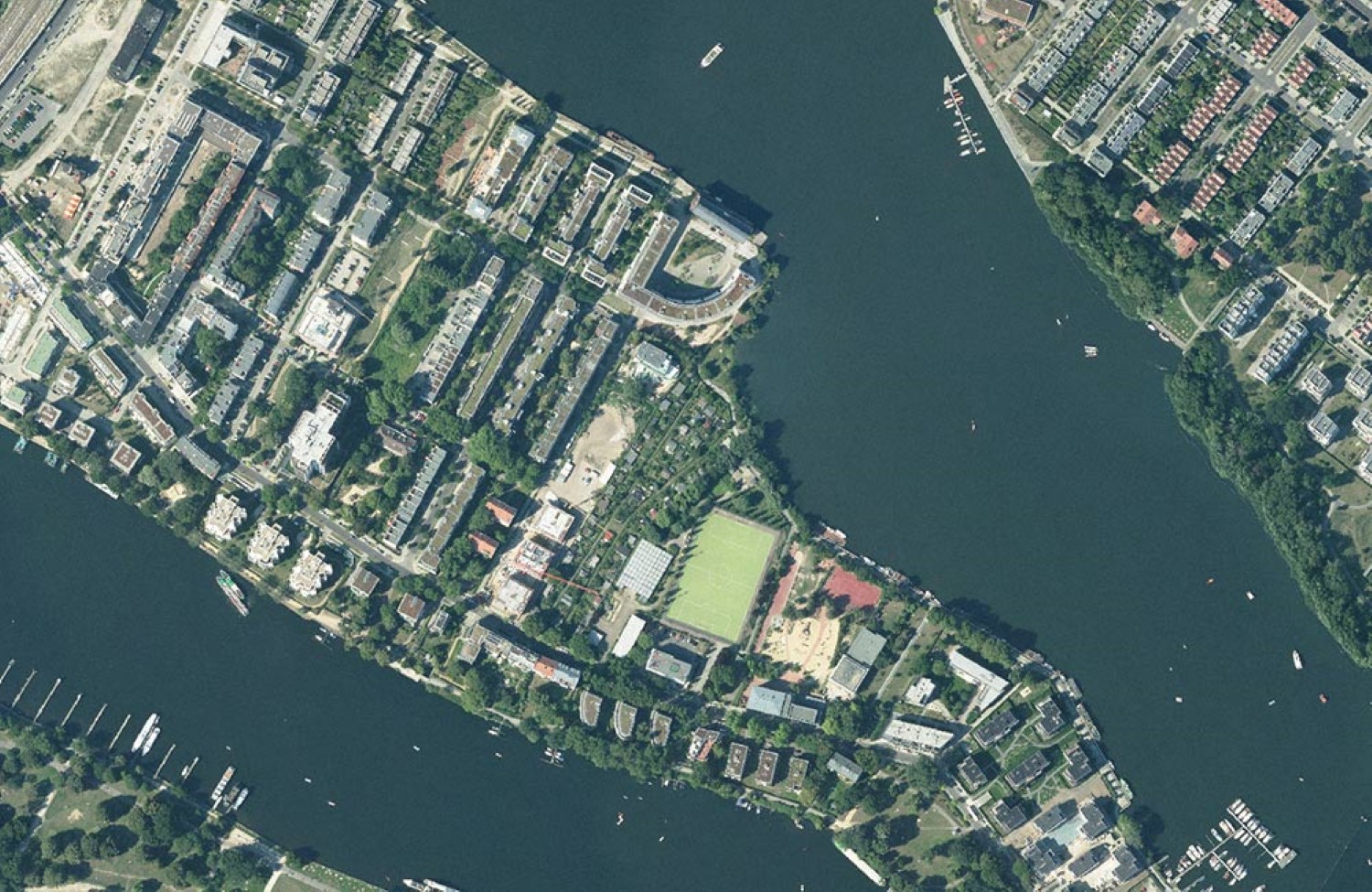 The urban quarter of Stralau was originally almost entirely given over to industry. The brief required that a number of valuable features from that era should be retained and reallocated so that they could be incorporated in the new housing development. Such recycling not only adds a different hue to the residential ambience, which would otherwise be exclusively that of new-build, it also keeps the memory of the former occupancy alive. Our urban concept is based on rows of blocks reaching 'from water to water'. This parallel structure brings a visual openness that ensures there are unobstructed sight lines to both waterfronts. The design's distinctive grid of rows running north-south, was superimposed on the site in such a way that the retained architectural features and the remains of the original street pattern could be fitted into it. The end result can accordingly be viewed as a superposition of existing and new structures. 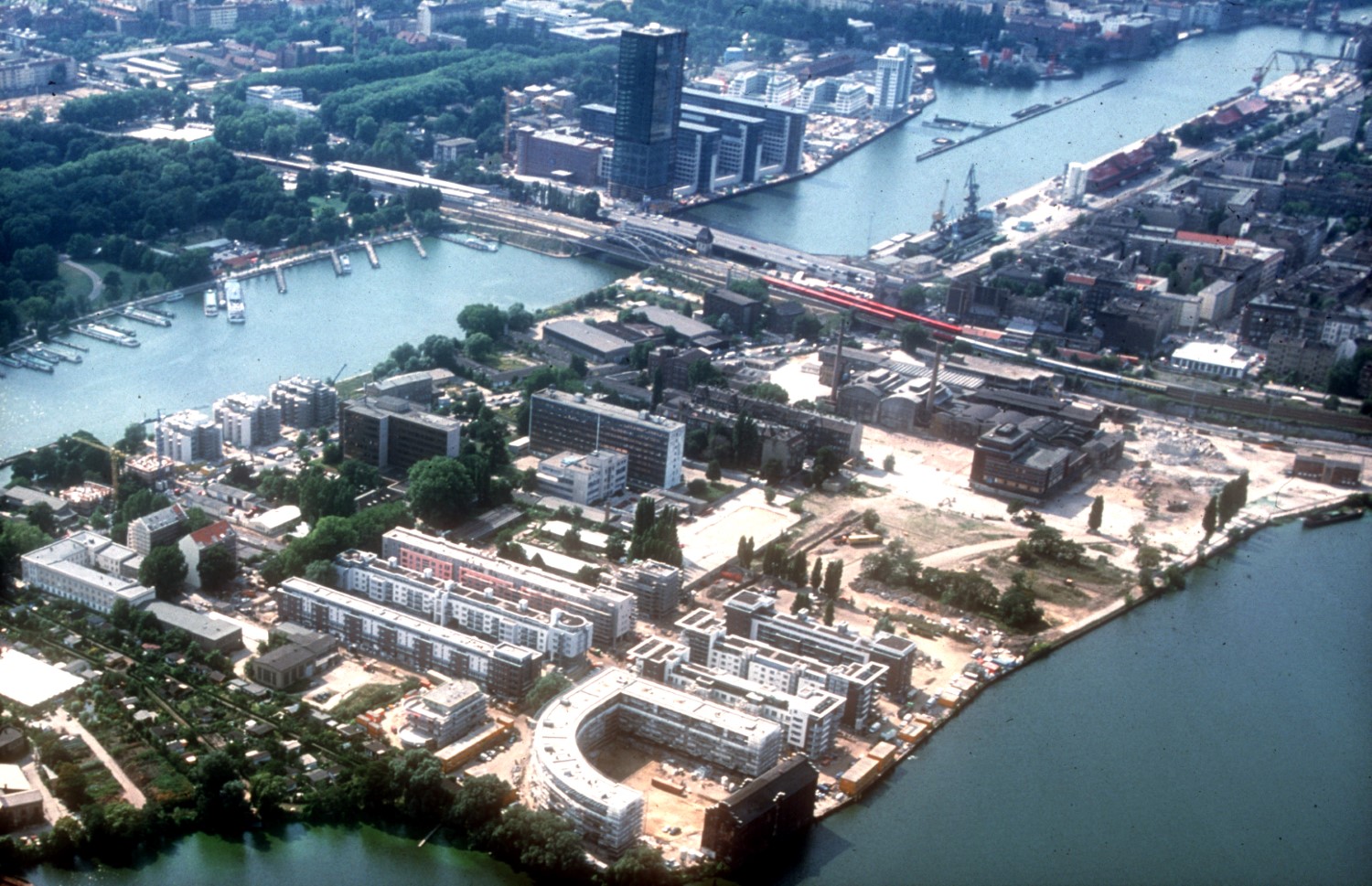 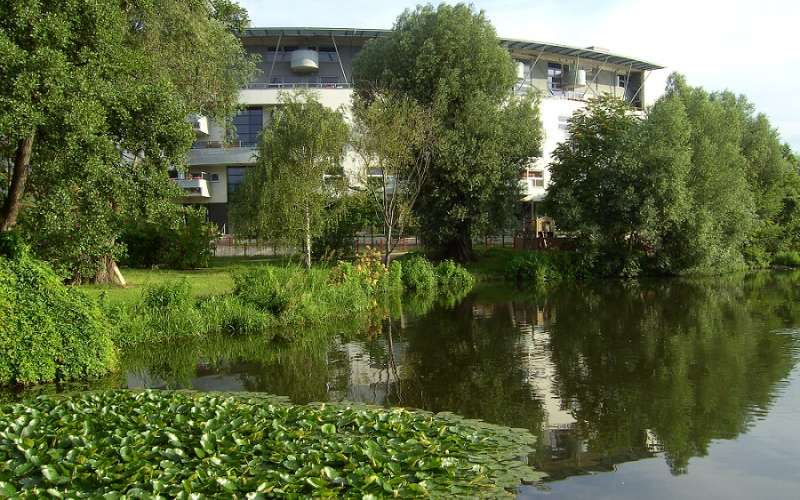 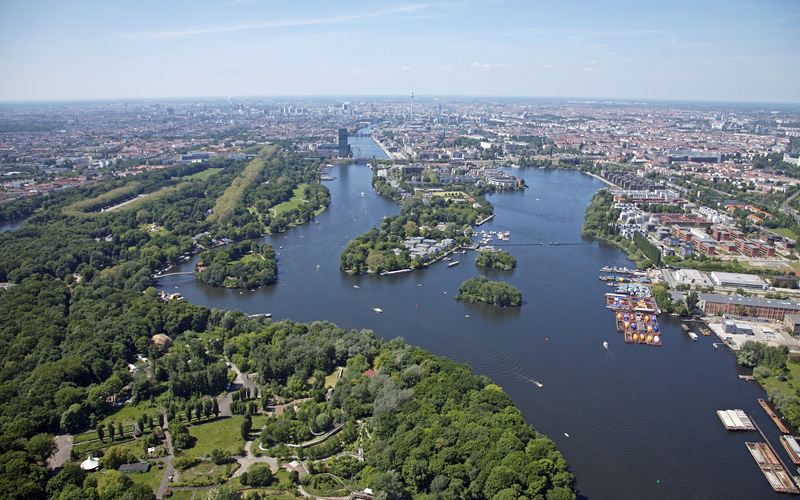 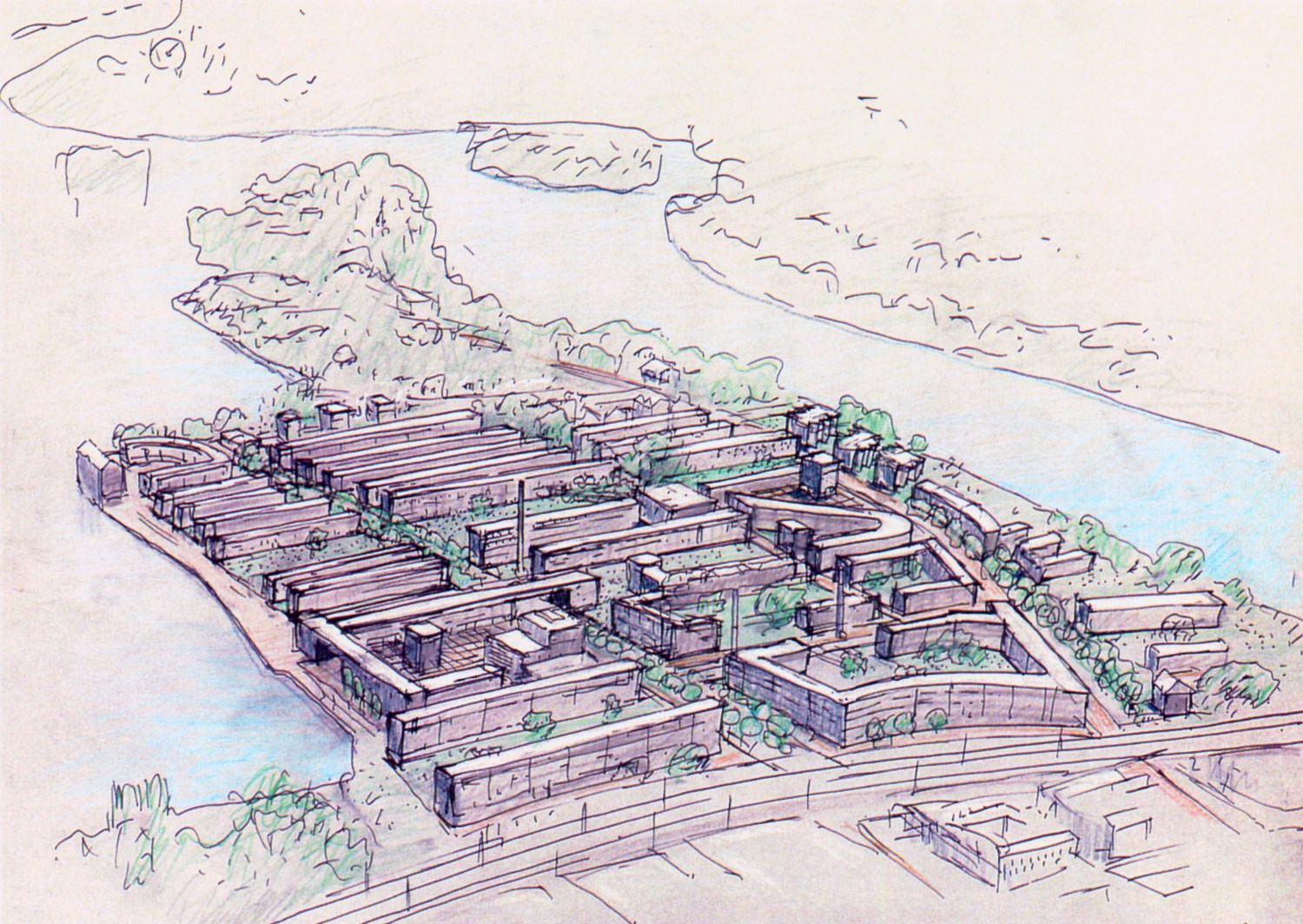 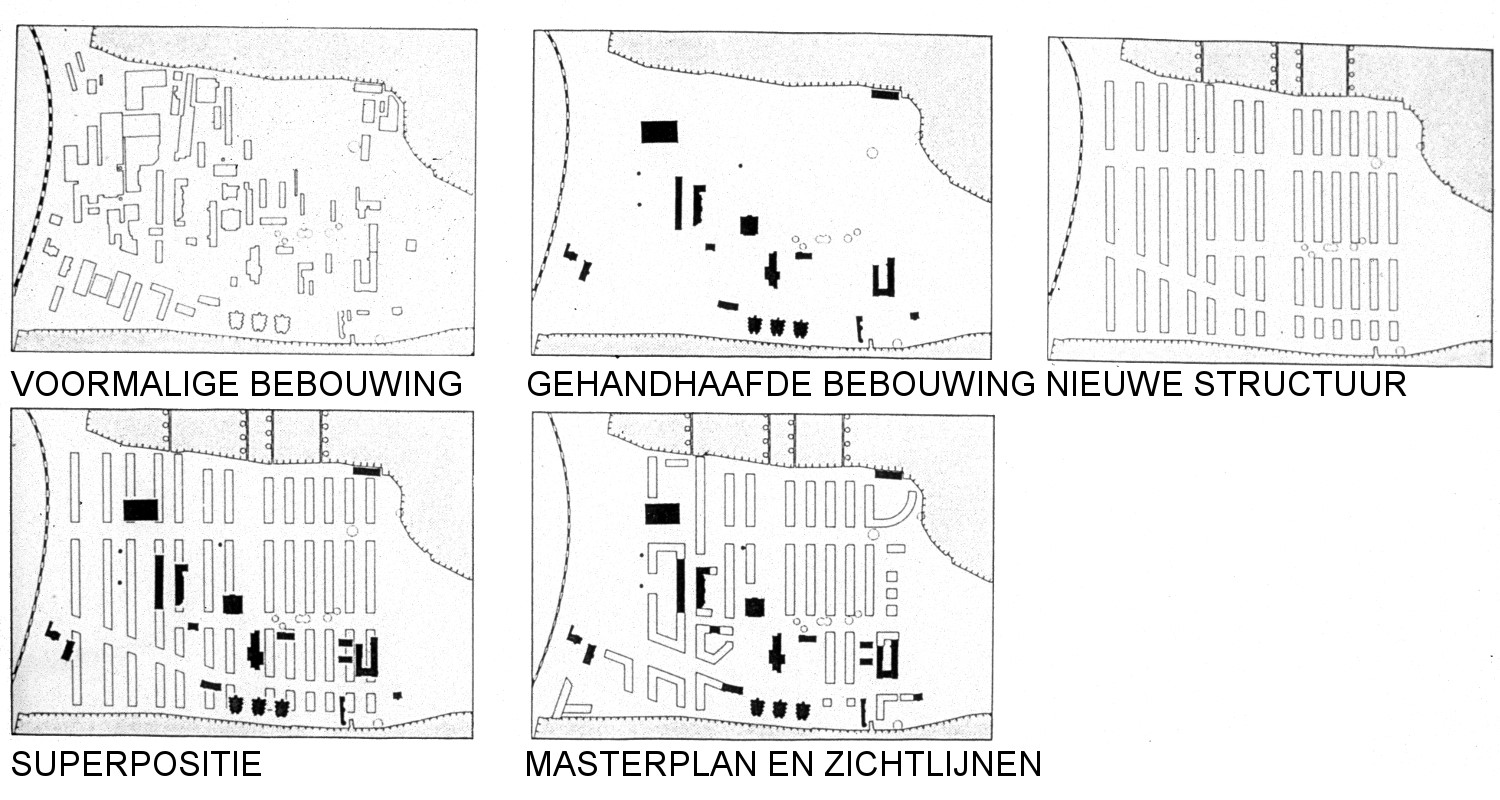