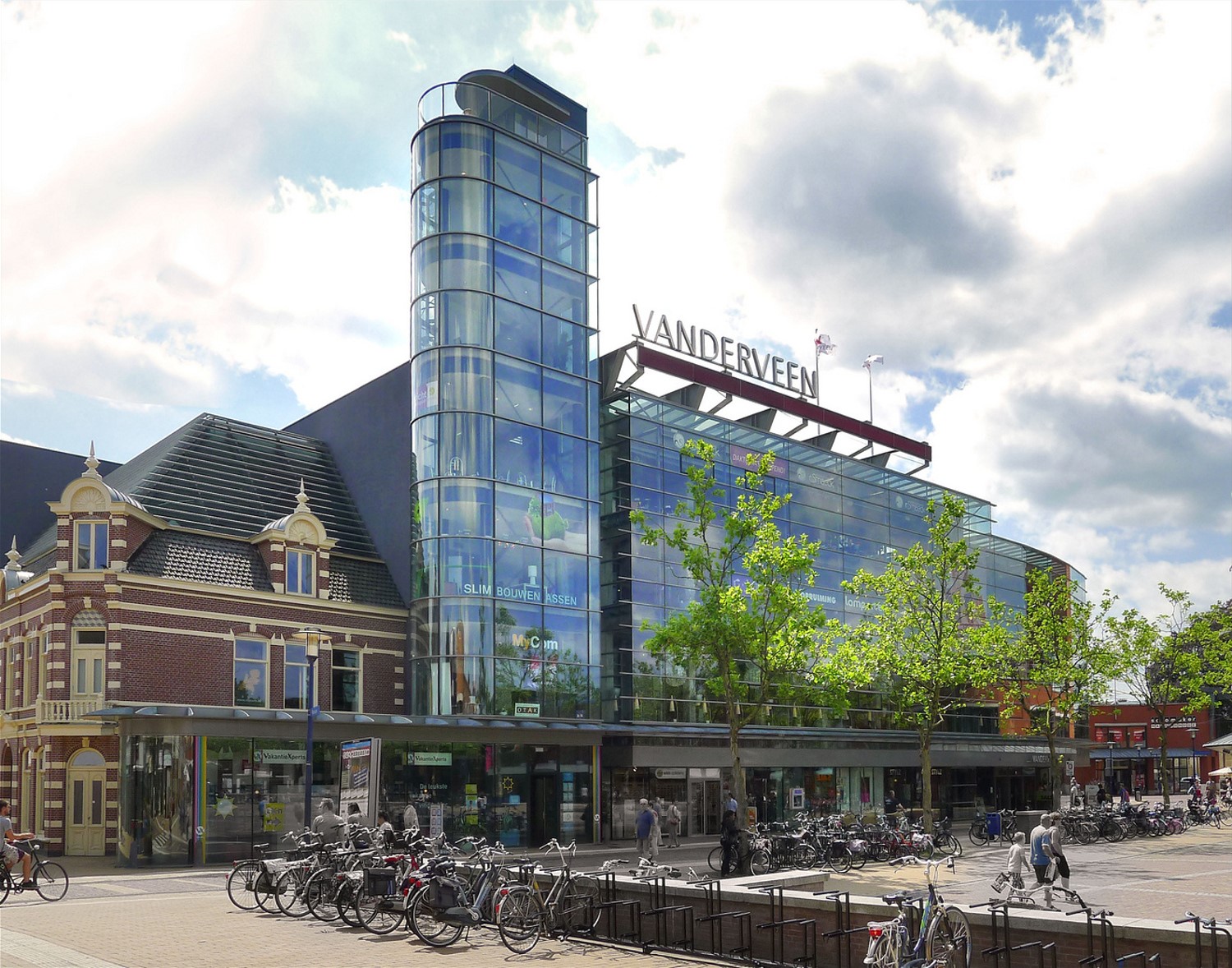 Following an expansion completed by AHH in the nineties, Vanderveen Department Store has asked us again for an extension onto Koopmans square in the heart of Assen. The new building consists of a slender tower and glass conservatory facing the square, which follows the line of the previous expansion. In addition, the facade of the building on the corner of Kruisstraat and Koopmans square is restored to its original late 19th-century state. Behind the historic facade, a new entrance and a large glass roof - in line with the original roof of the corner building - was built. The new space accommodates additional multifunctional retail space for the department store. 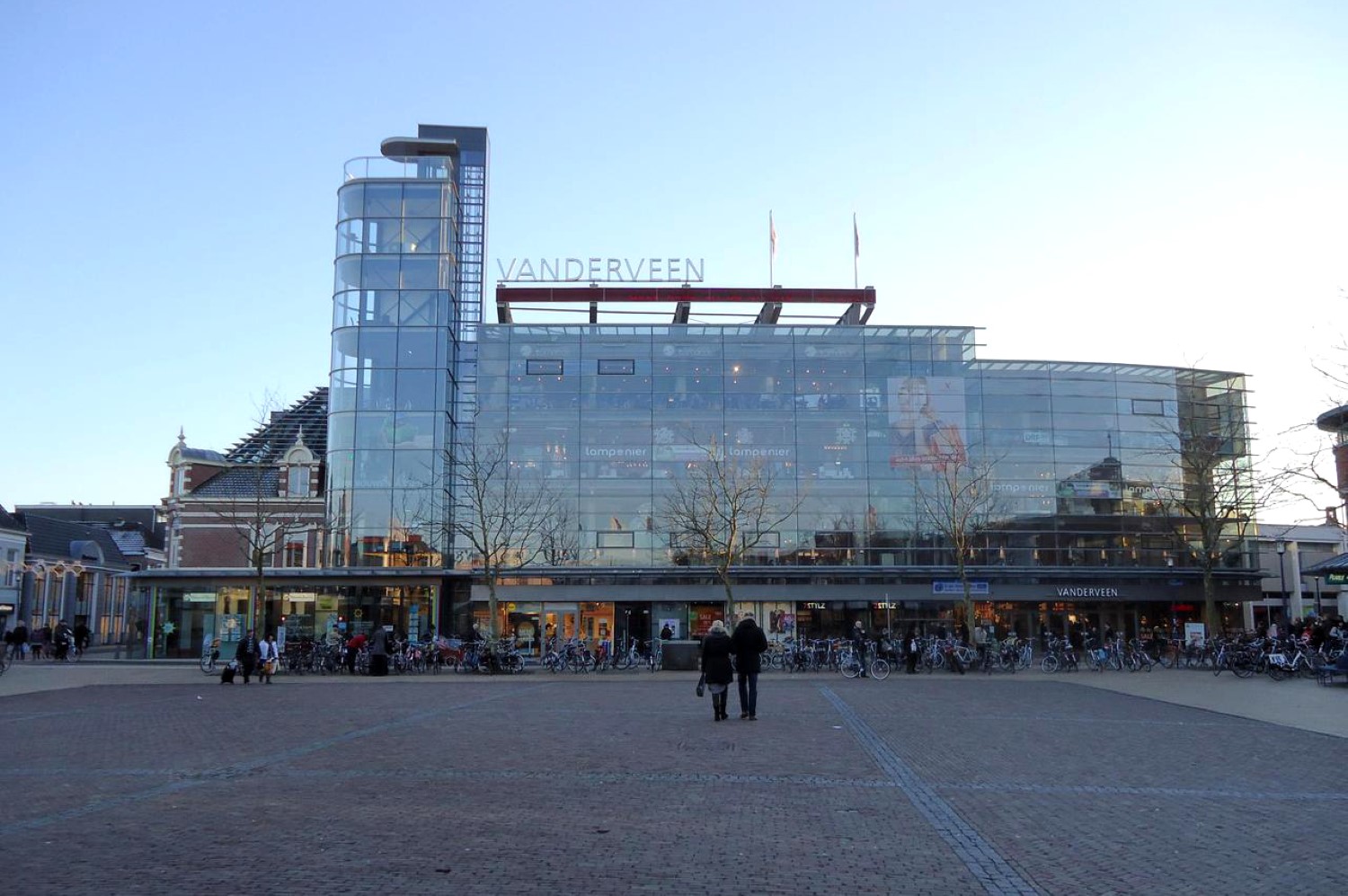 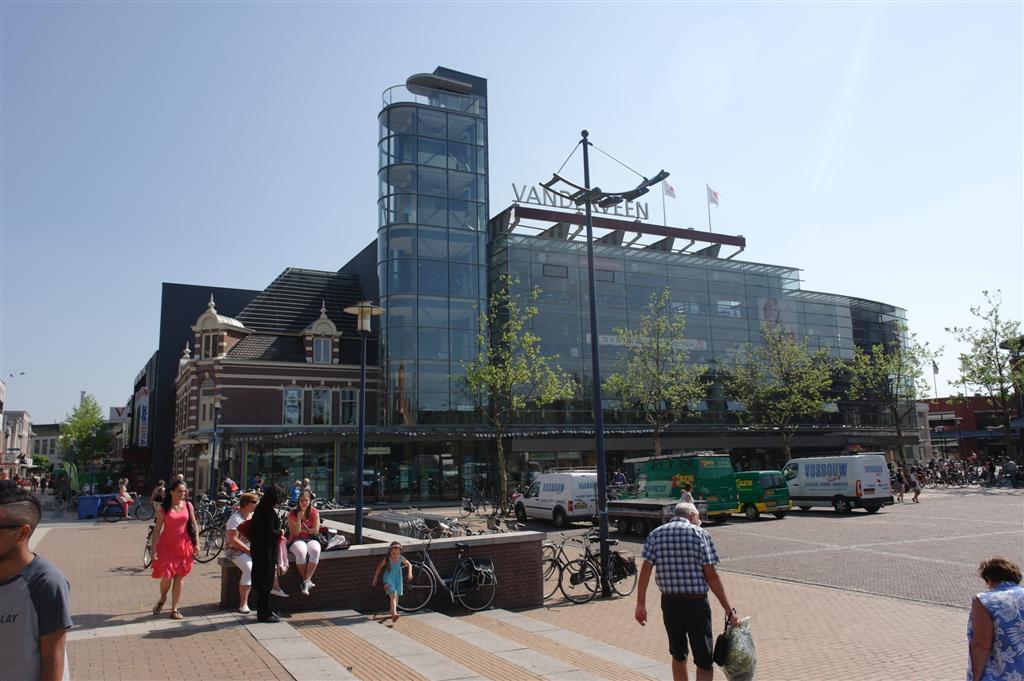 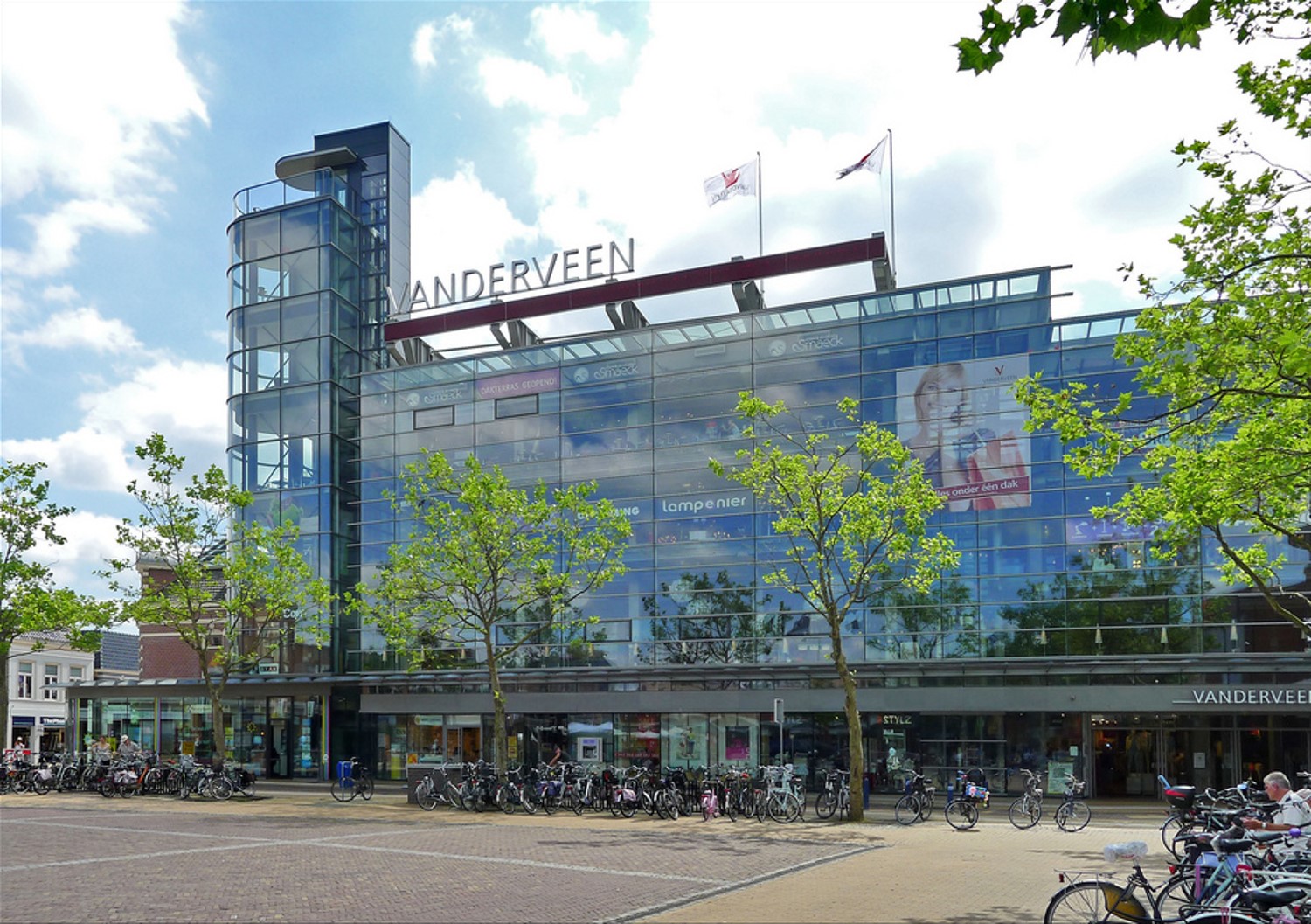 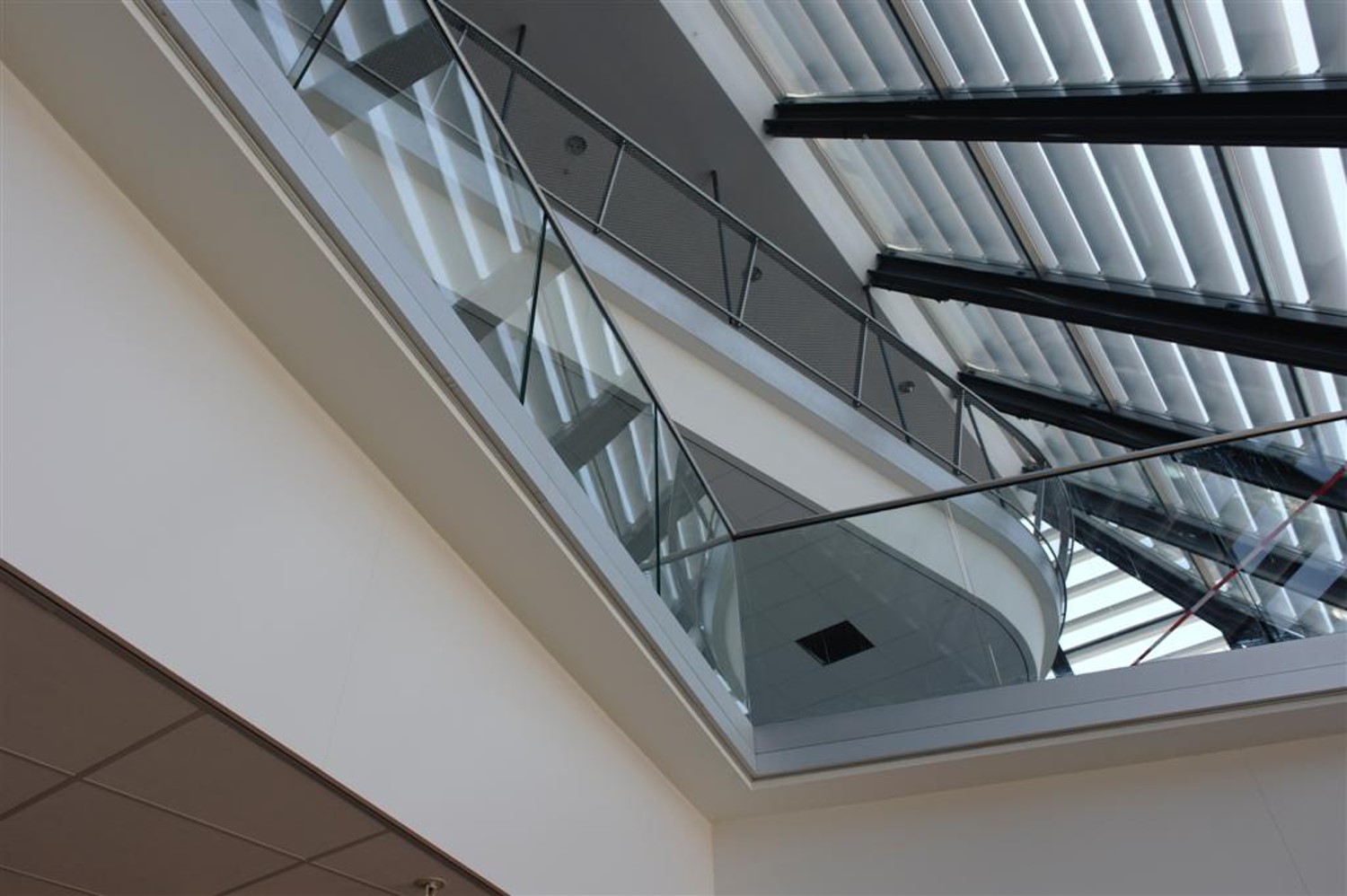 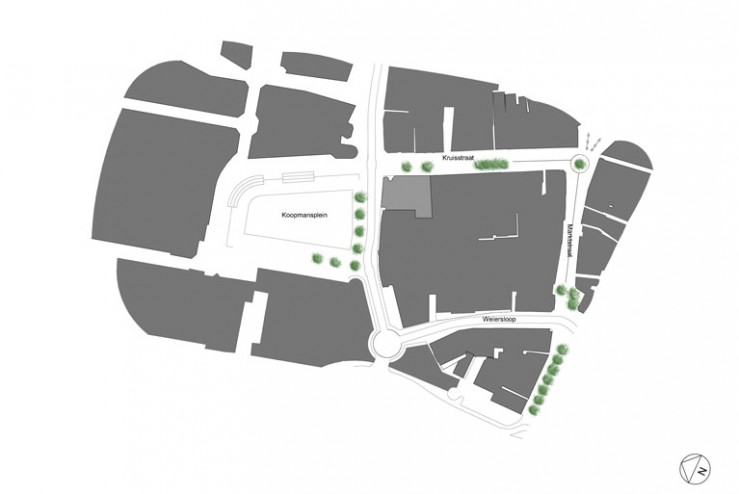 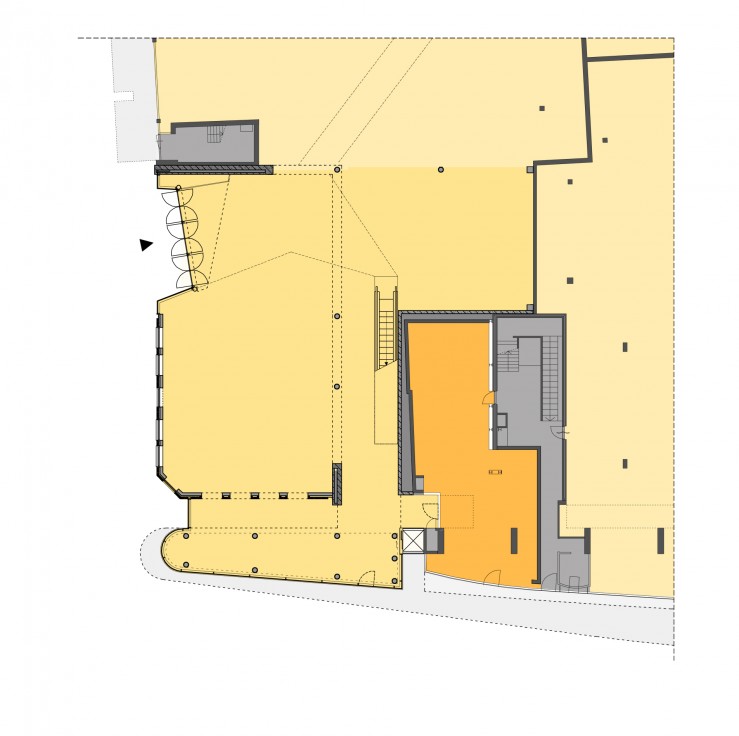 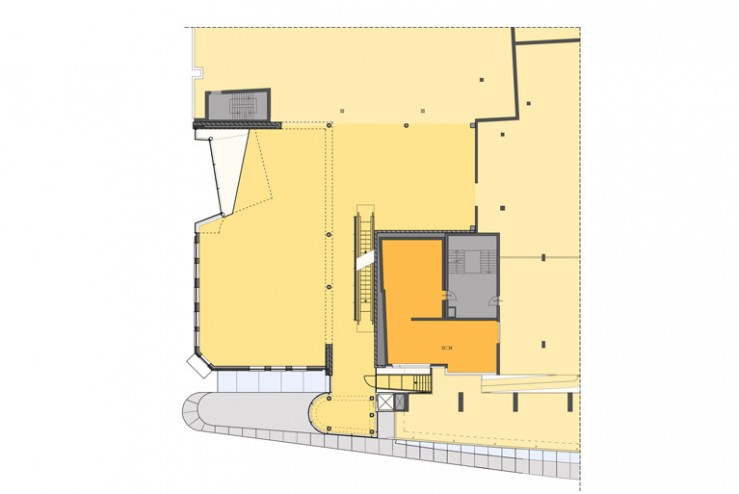 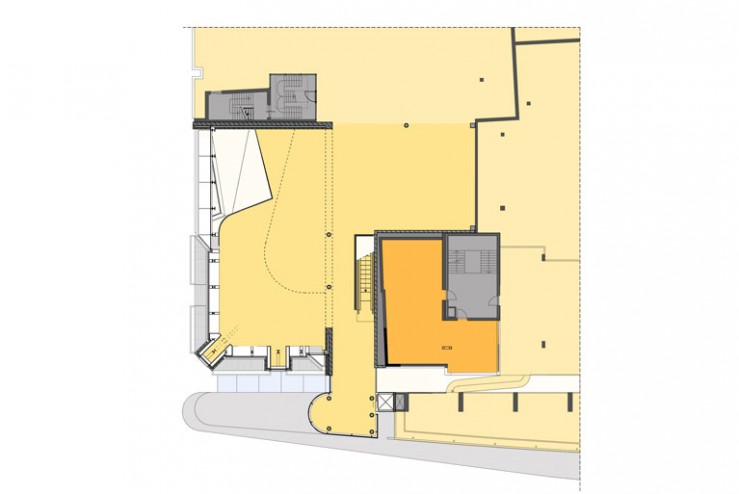 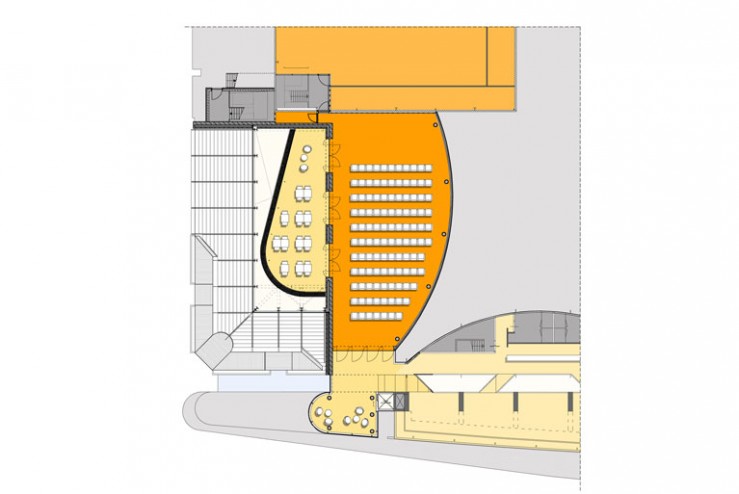 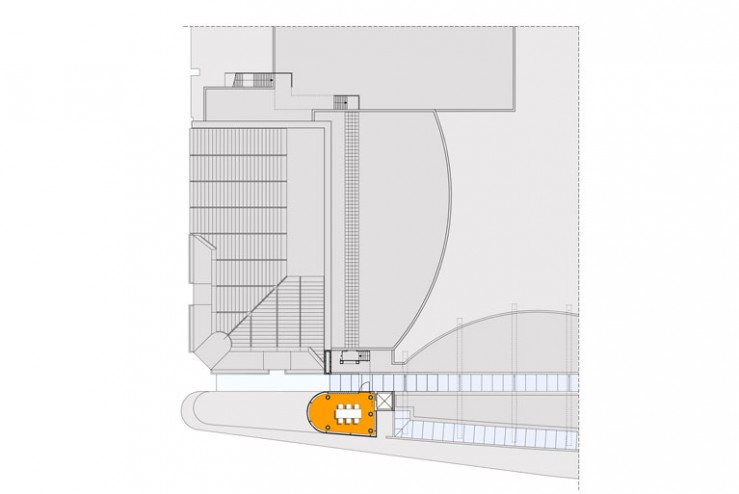 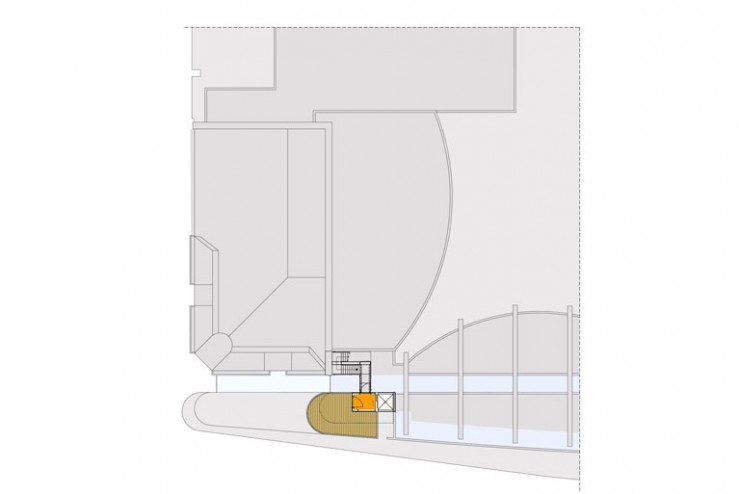