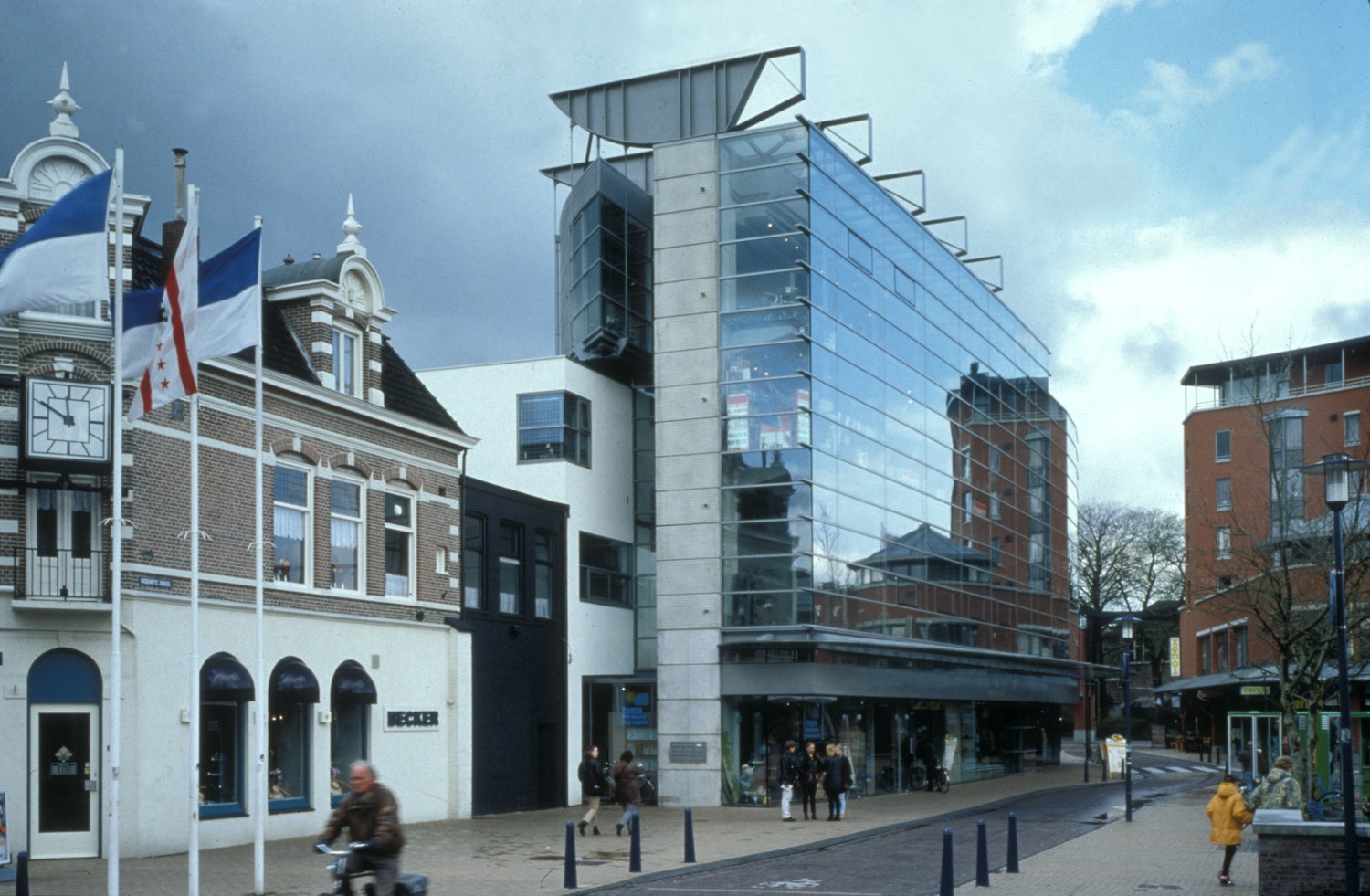 A shift in the building line gave this local department store the opportunity to extend its premises (to a depth of just six metres) so as to show a new face to the square. The idea was to have the new portion stand free of the existing block at the front, like a ship moored alongside with only 'gangplanks' linking it to the 'quay'. The design proceeded from a 4.5 metre deep building combining a row of slab-shaped columns with cantilevering floors, held clear of the existing department store by a 1.5 metre wide void. Construction-wise it consists of a number of floors divided into smaller areas by the slab-shaped columns. The vast display window with its glass skin shows off the variety of wares to be found in a department store like Vanderveen. 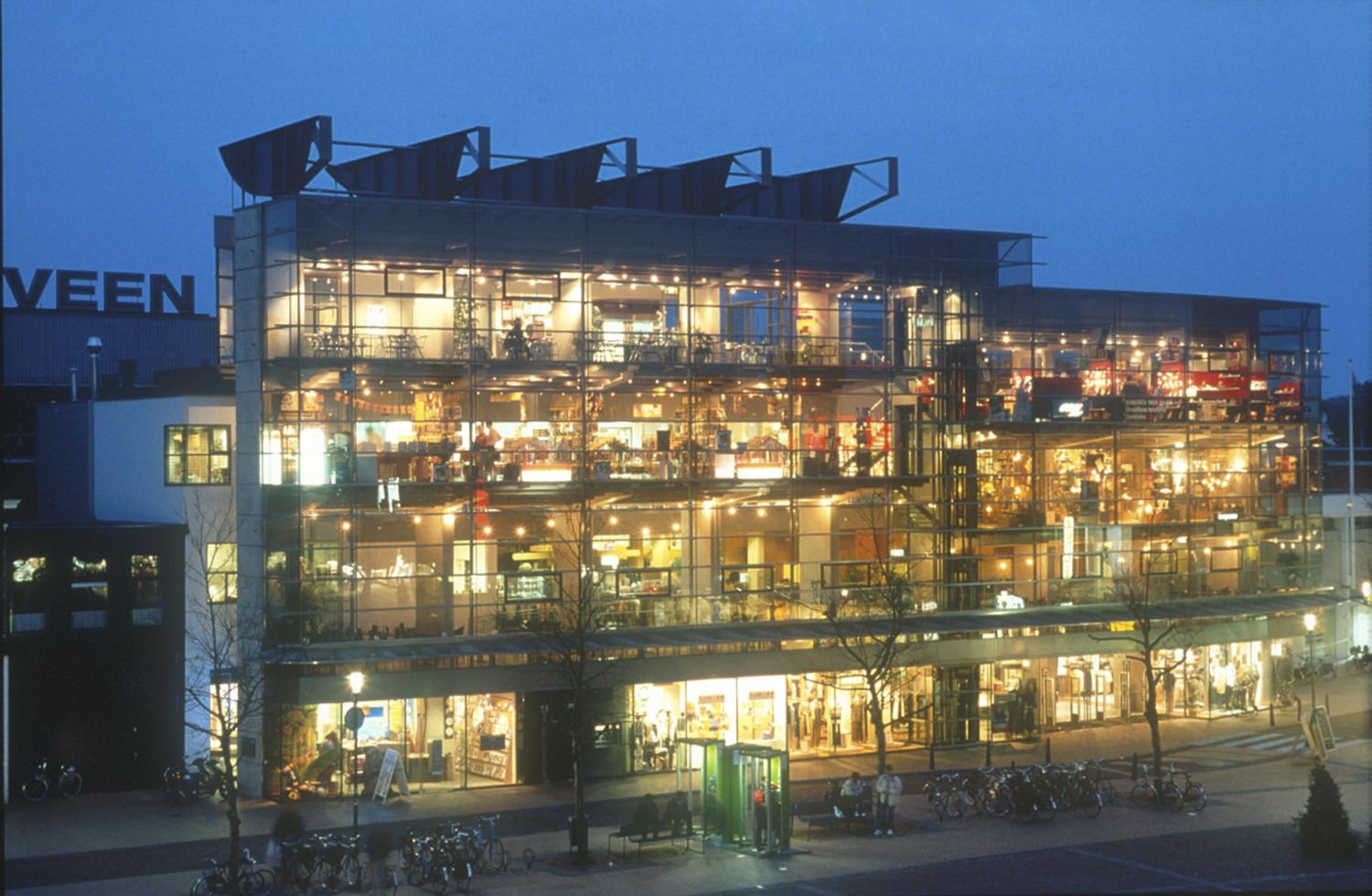 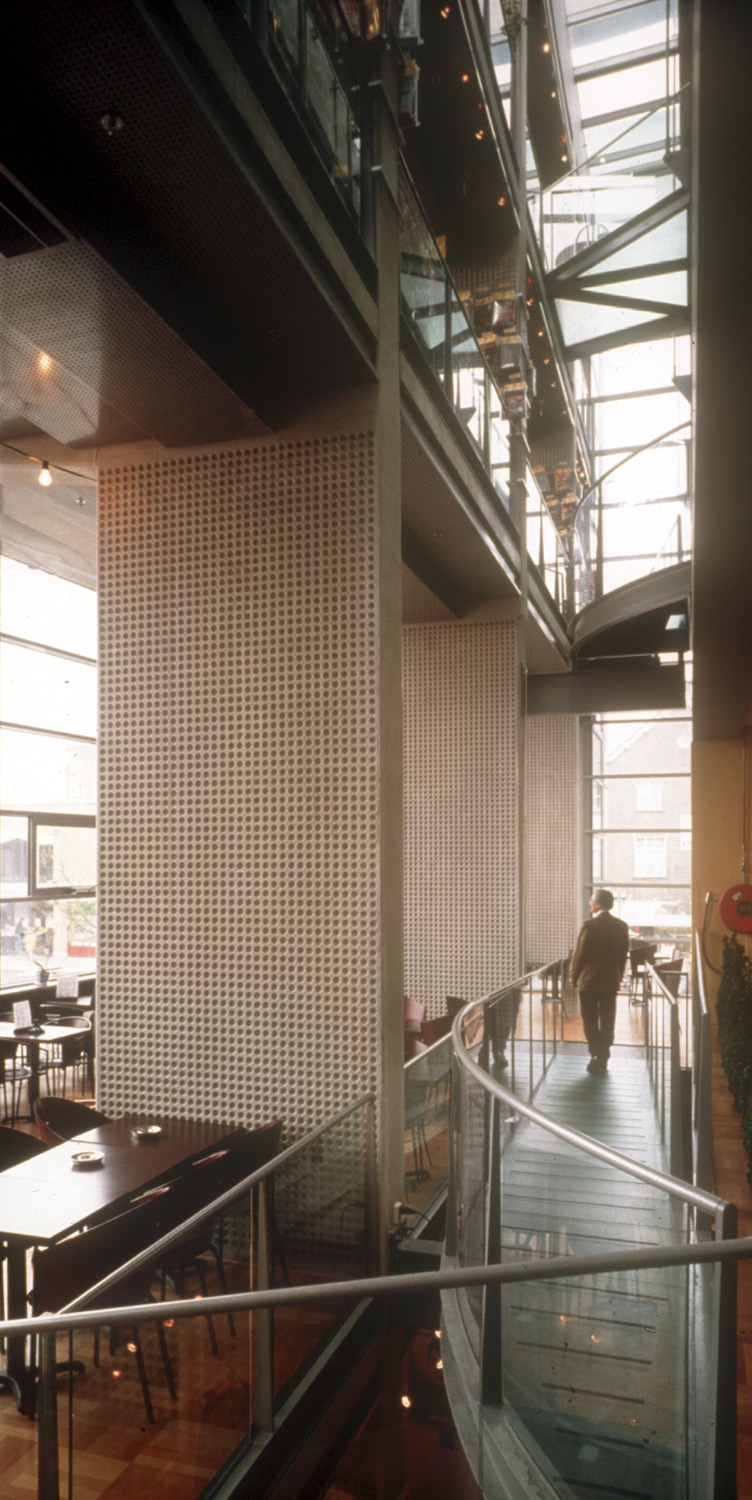 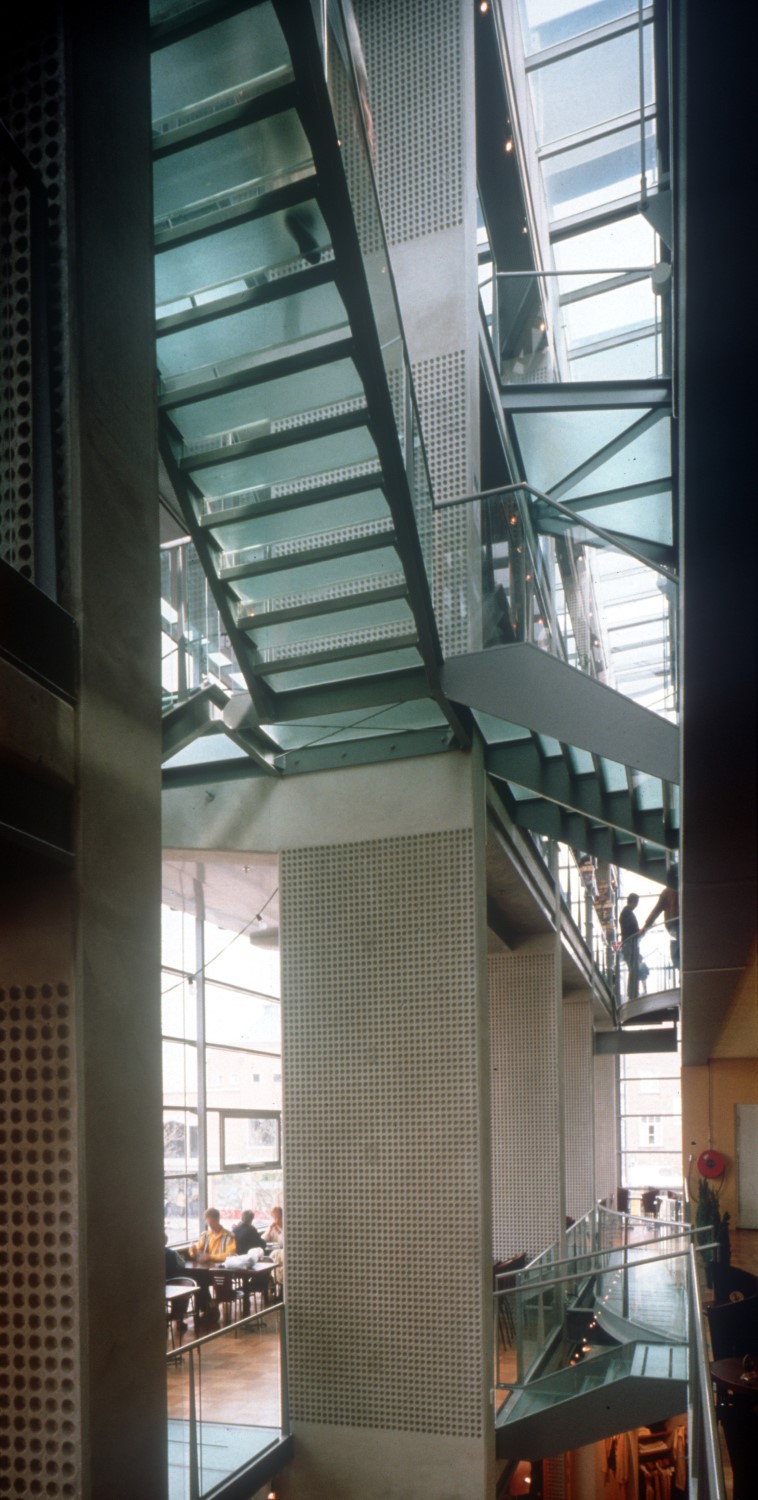 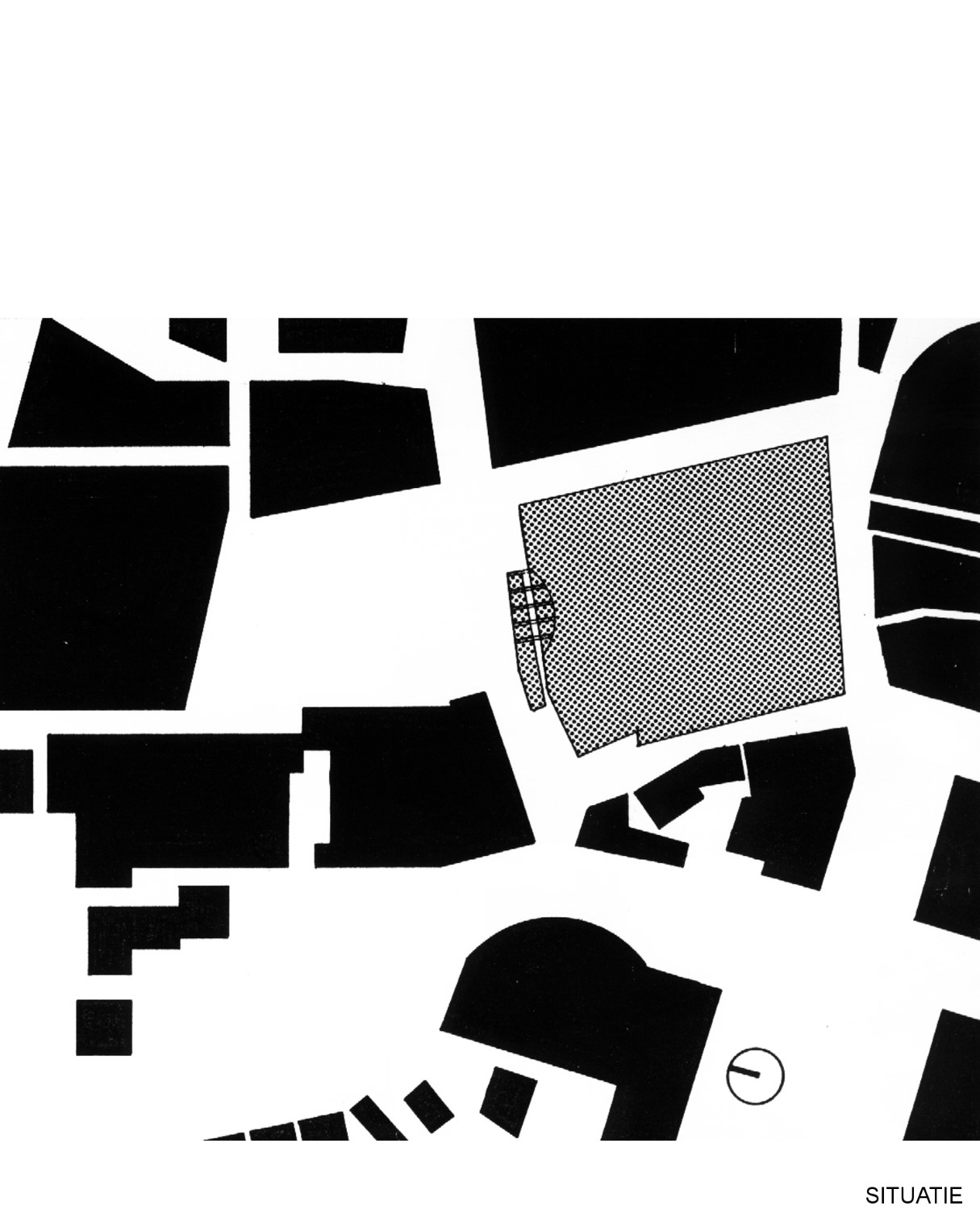 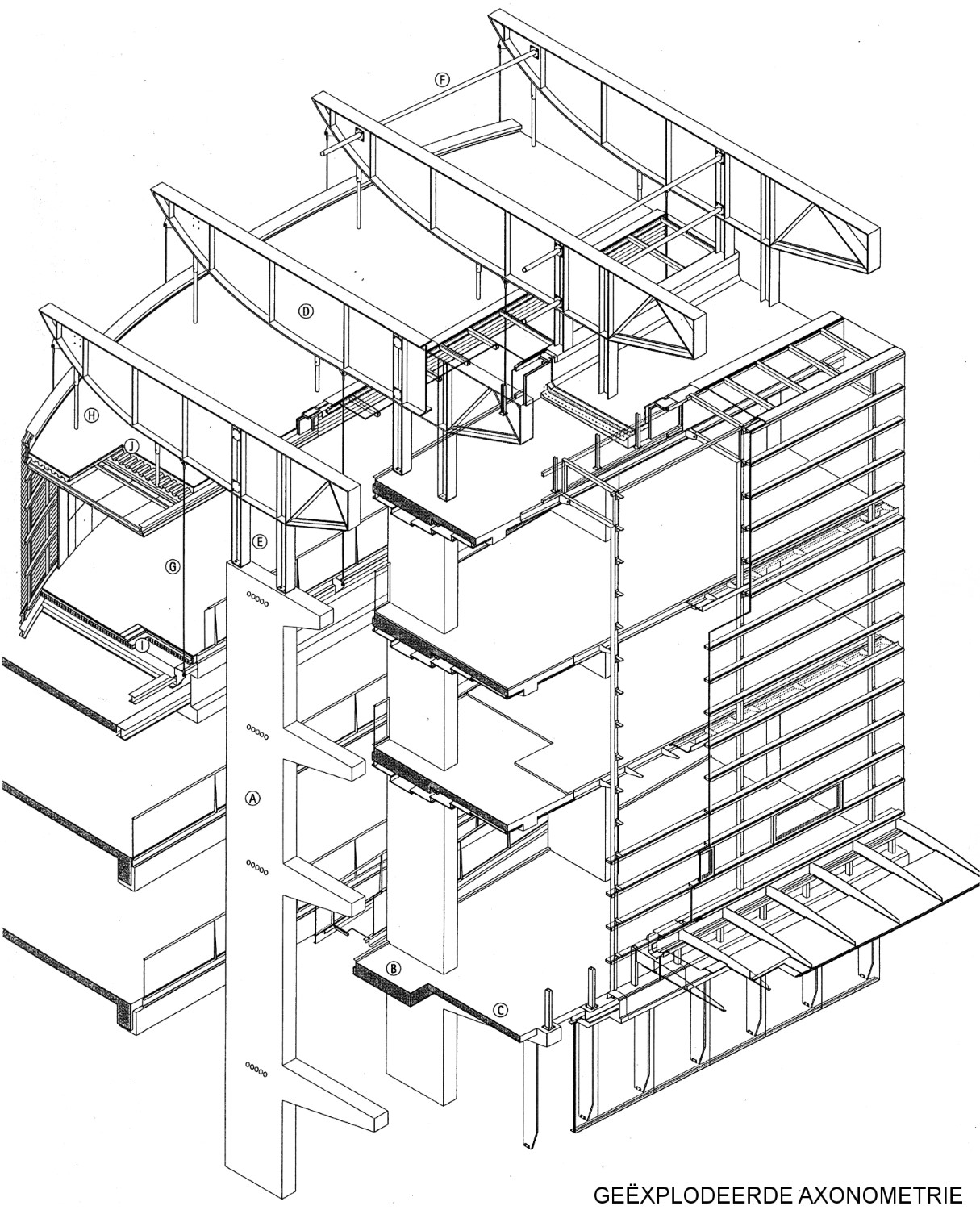 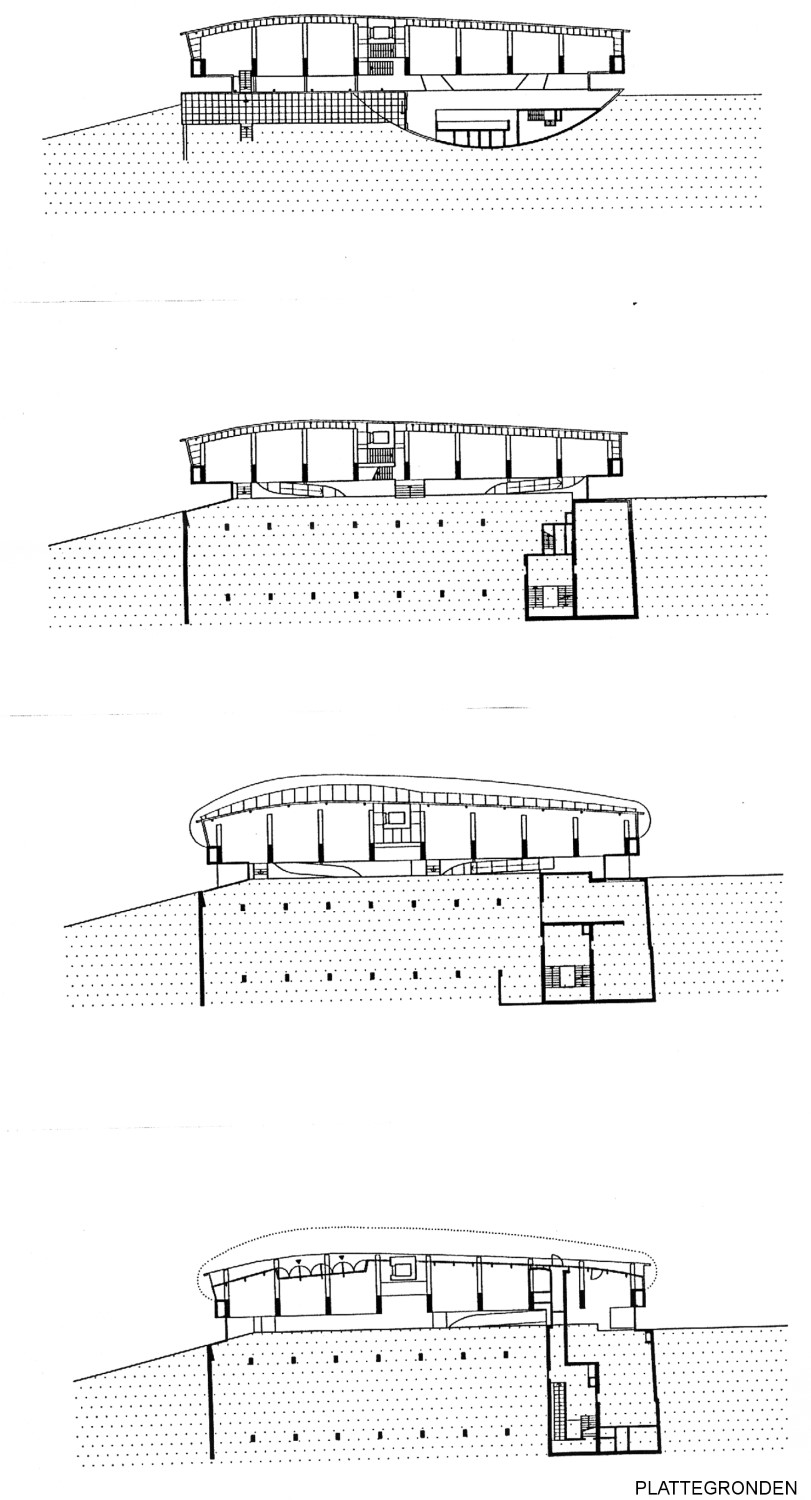 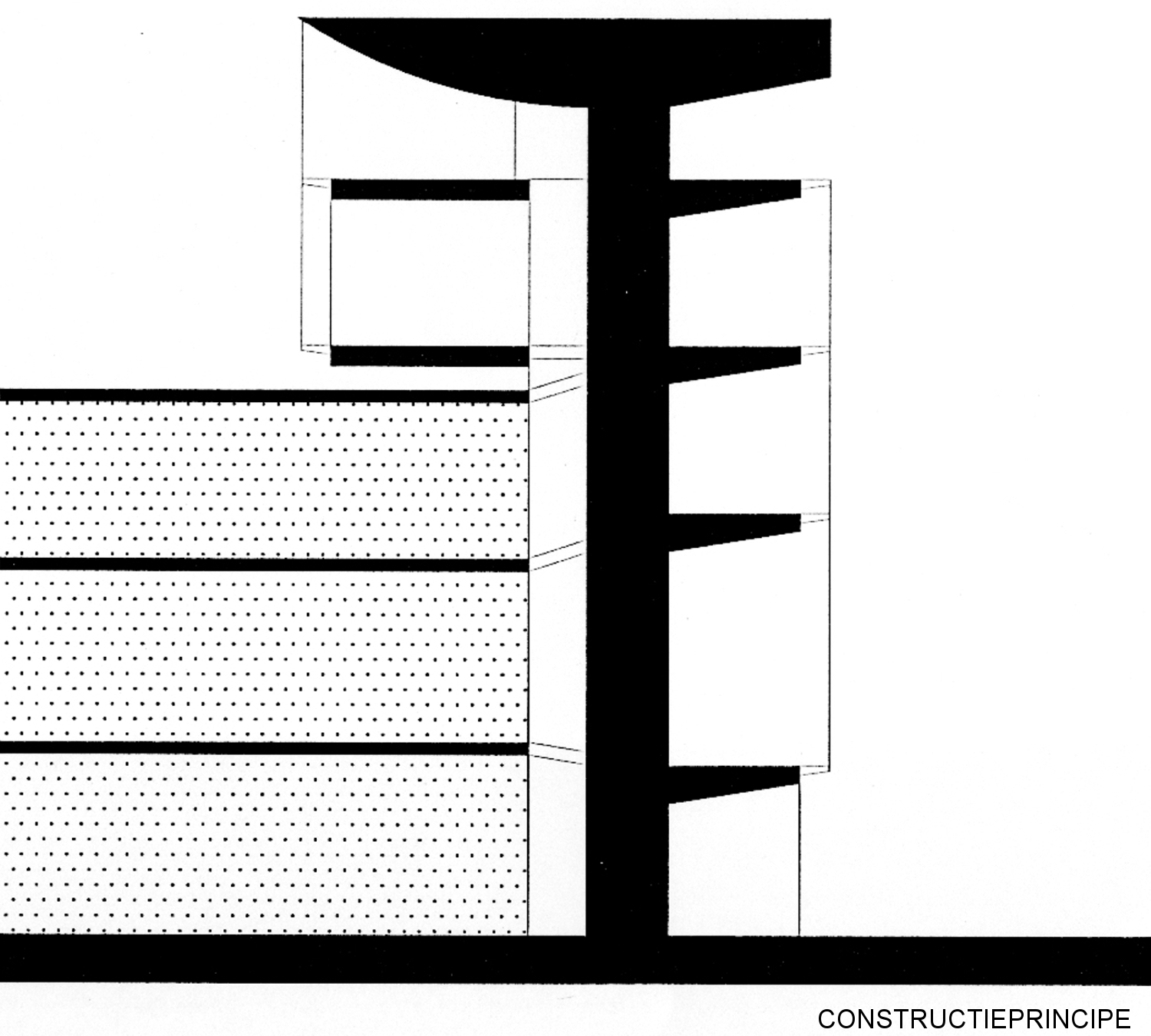