Located in a new area in a suburb Romanina of Rome. The complex consists of a combination of a 10-class primary school and a 6-class school preparing for secondary education. The teaching sections of both schools can be made separate and have separate entrances with play areas below the level of the surrounding area. The schools are grouped along a central axis – shifted one storey with respect to each other – on which the communal dining area and communal, open auditorium-like space are also located. The building comprises repeated basic units, building blocks, so to speak, which can house four classrooms but have a flexible layout. Like traditional Roman houses these basic units are grouped around a patio. The building can be extended with more basic units. 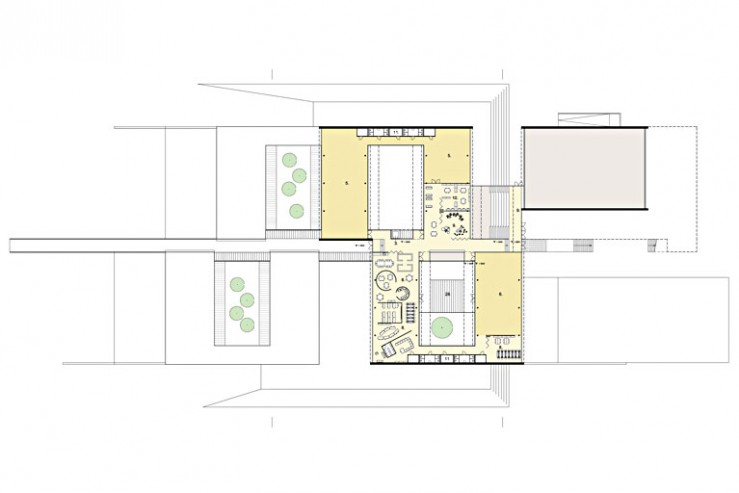 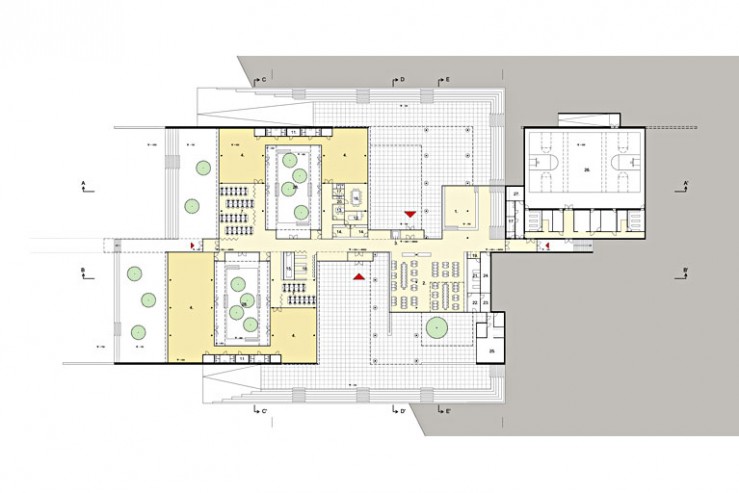 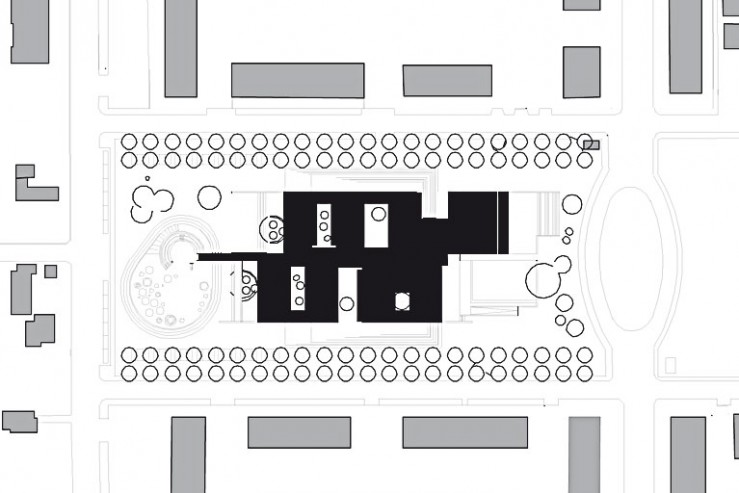