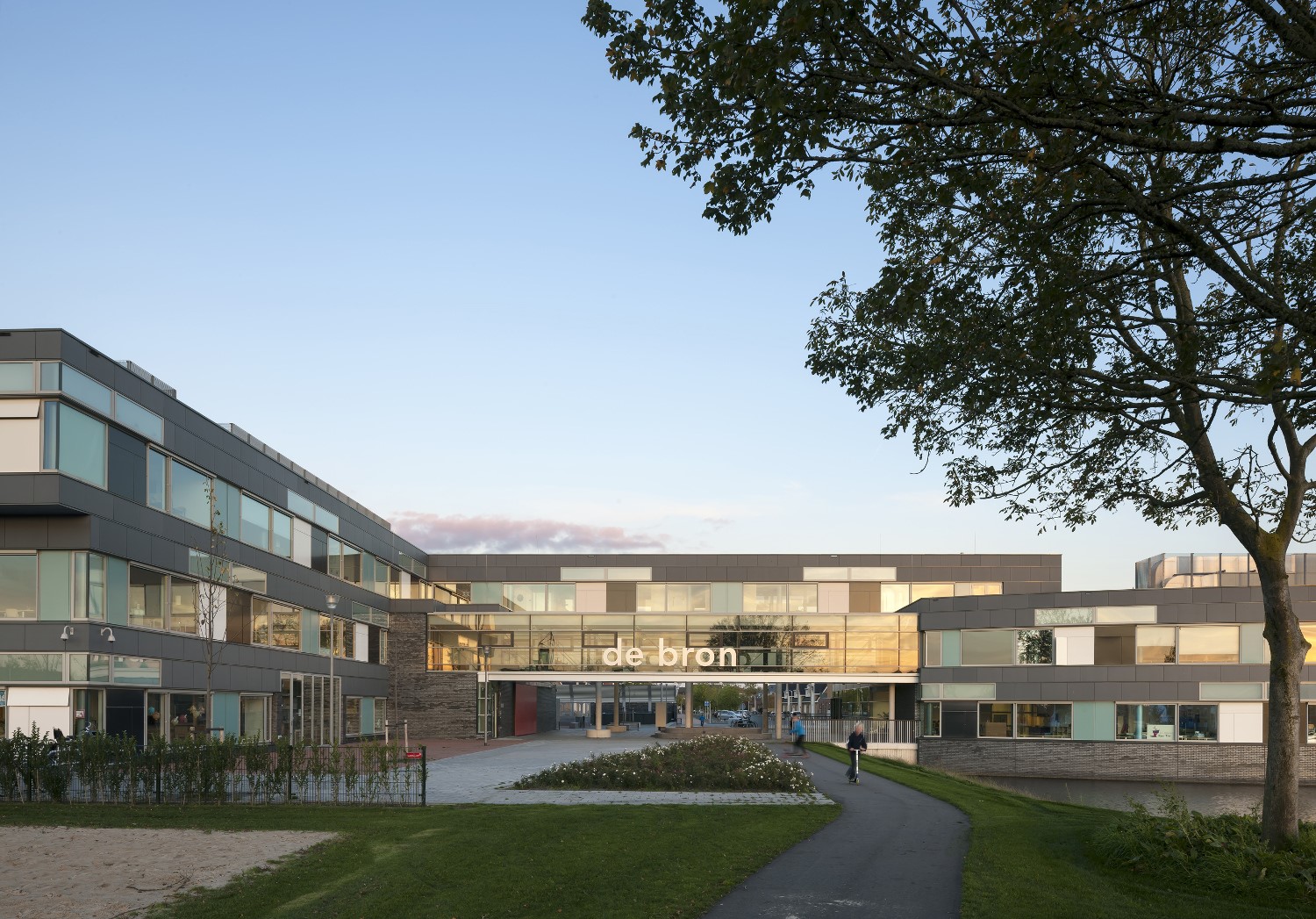 The multifunctional building is situated in the water heart of the Vathorst neighbourhood and consists of two parts. In the shore part, the older children of the primary schools Atlantis (public) and Kon Tiki (Protestant Christian) are located with a gym. There is also out of school care and recreation from SKON, welfare and teenage care of Versa Welfare and De Kamers. In the island part, the smallest children of the two schools are housed, together with the day care centre and part of SKON.

"The double-height amphitheatre space, which serves as the central hall for the older children of both schools, has tiers of wooden seats that unfold as they step up from the ground to the first floor, giving a strong sense of enclosure. This is complemented by the way the amphitheatre is both opened to the exterior and flooded with light by the full-height glass walls that surround it on three sides at the first floor level. At the amphitheatre’s western end, a triple-height space opens above the entrance lobby, connecting all three levels of the building. The wood-floored staircase rising from the entry merges and intertwines with the stepped amphitheatre as it climbs to the first-floor landing, where it intersects with the glazed bridge that connects the two sections of the school, and from which a free- standing steel staircase rises to the classrooms on the second floor. On all three levels, the older children’s classrooms are wrapped around three sides of the double gymnasium, with rooflights illuminating their wide, street-like hallway workspaces, to which the classrooms open with folding glass walls. The double gymnasium, all the surfaces of which are clad with wood, is overlooked at the first floor by windows from the hallways that encircle it, and at the ground floor, it opens onto the playgrounds for the older children on the east side of the school. At the second floor, the hallways have windows that open into the space above the gymnasium – and a set of classrooms bridges across the plaza below, thereby connecting the triple-height entry halls of both sections of the schools (McCarter, 2015)." 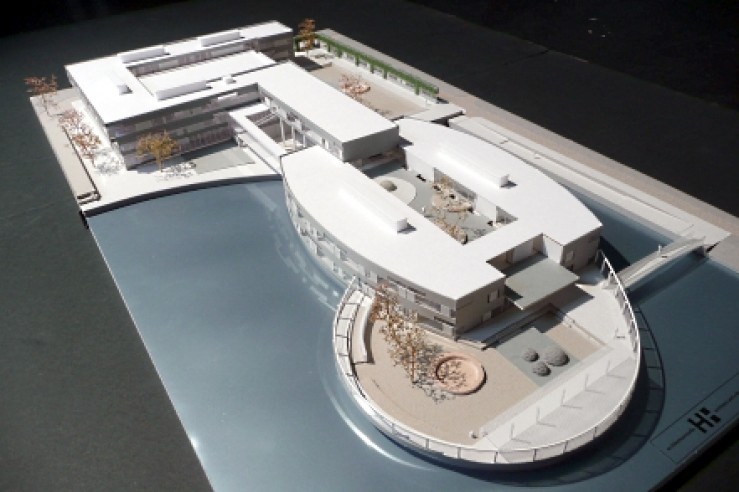 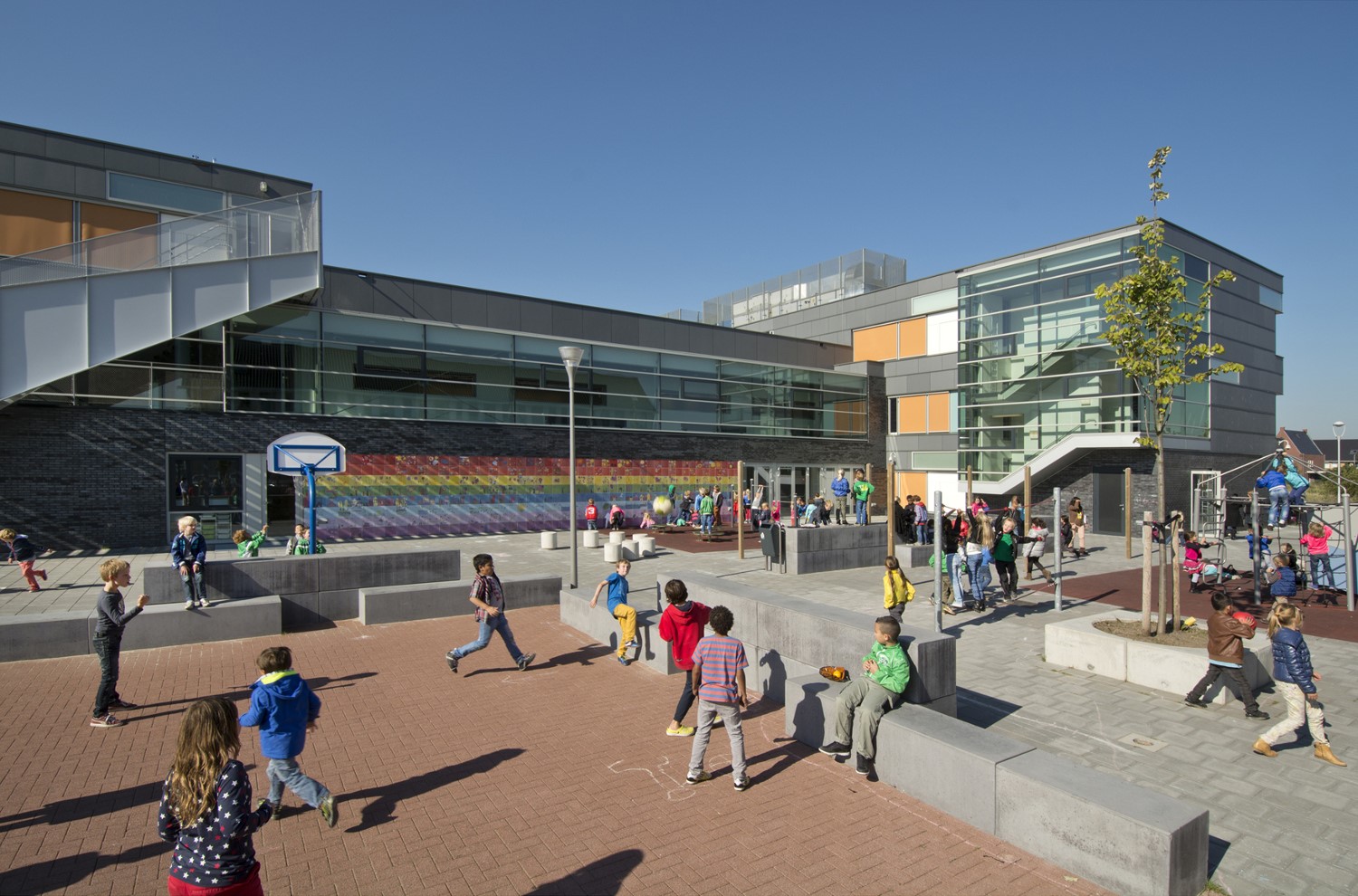