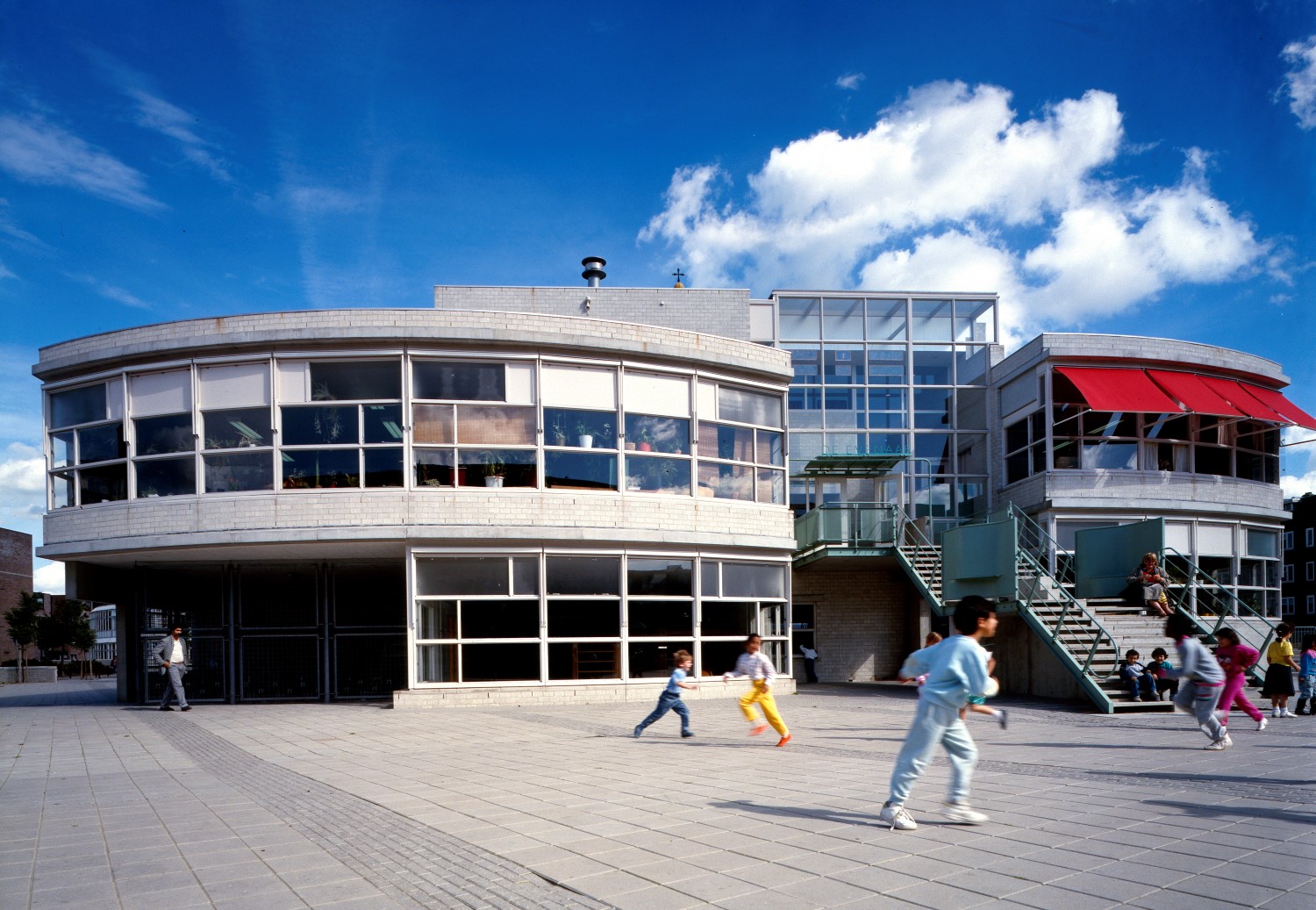 This school of nine class rooms for children from 4 to 12 years of age was finished in September 1986. The school stands free on Ambon Square, Amsterdam East, which is densely surrounded by brickwork housing. Through the use of opposing colour and material the building contrasts with its environment. The layout of the classrooms grouped around the central hall further develops the principle of the Apollo Schools in Amsterdam. Here however, the classrooms are not grouped in two but in three per floor. The groups of classrooms in split level on opposite sides are arranged spiral-wise around the central hall. Unlike the Apollo Schools where the kindergarten is shielded from the primary school, here the most complete as possible spatial integration of the different age groups fulfils the desired educational goals. Nevertheless, whenever necessary, the area of the youngest children can be parted from the central hall by a sliding door. The glass walls of the class rooms are designed as bay windows in such a way that two classes compose one spatial 'bow' window especially when the sliding partition between them is open. The central hall with its amphitheatre-like steps and big skylight above can be used for gatherings of various purpose. 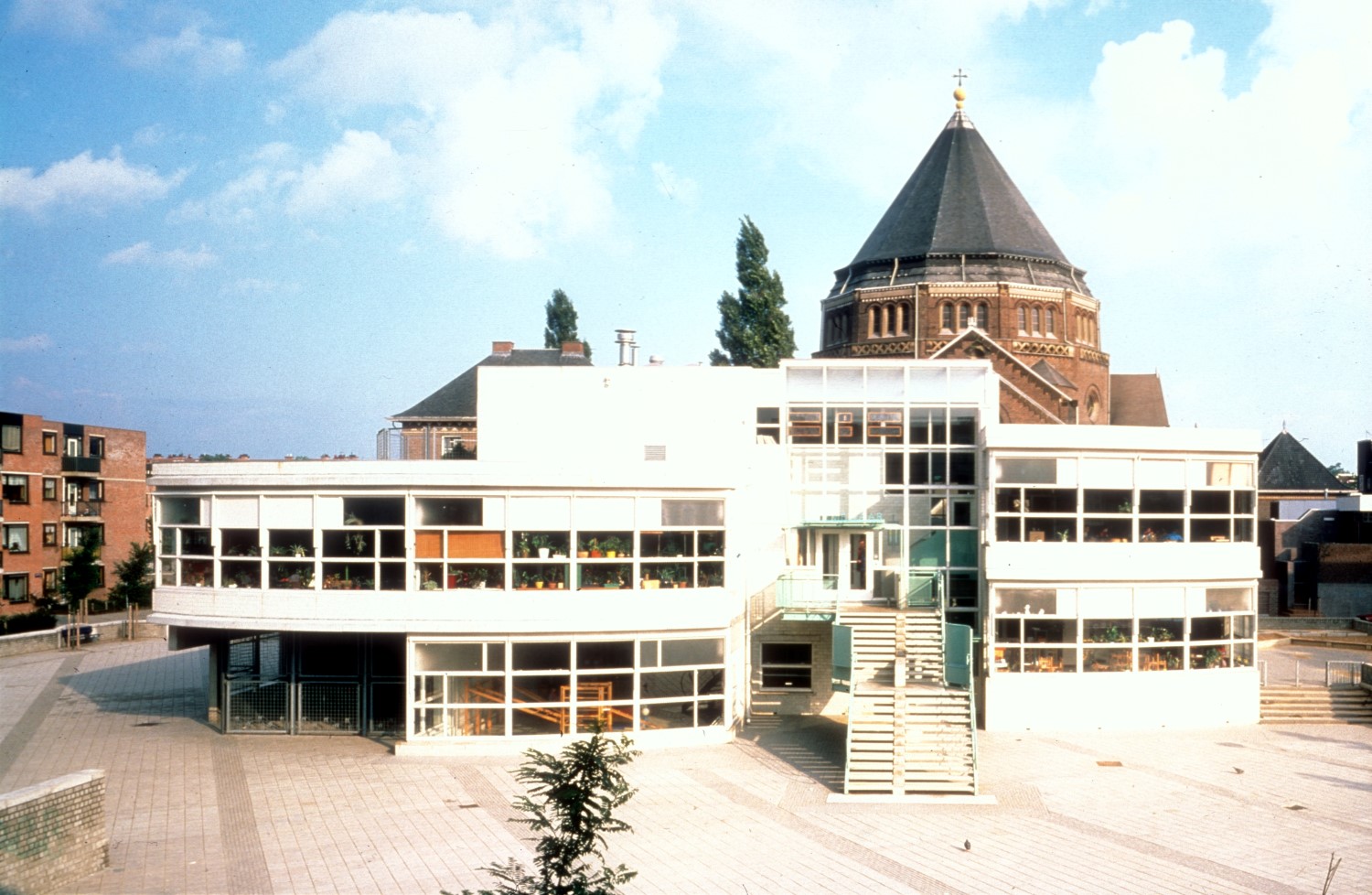 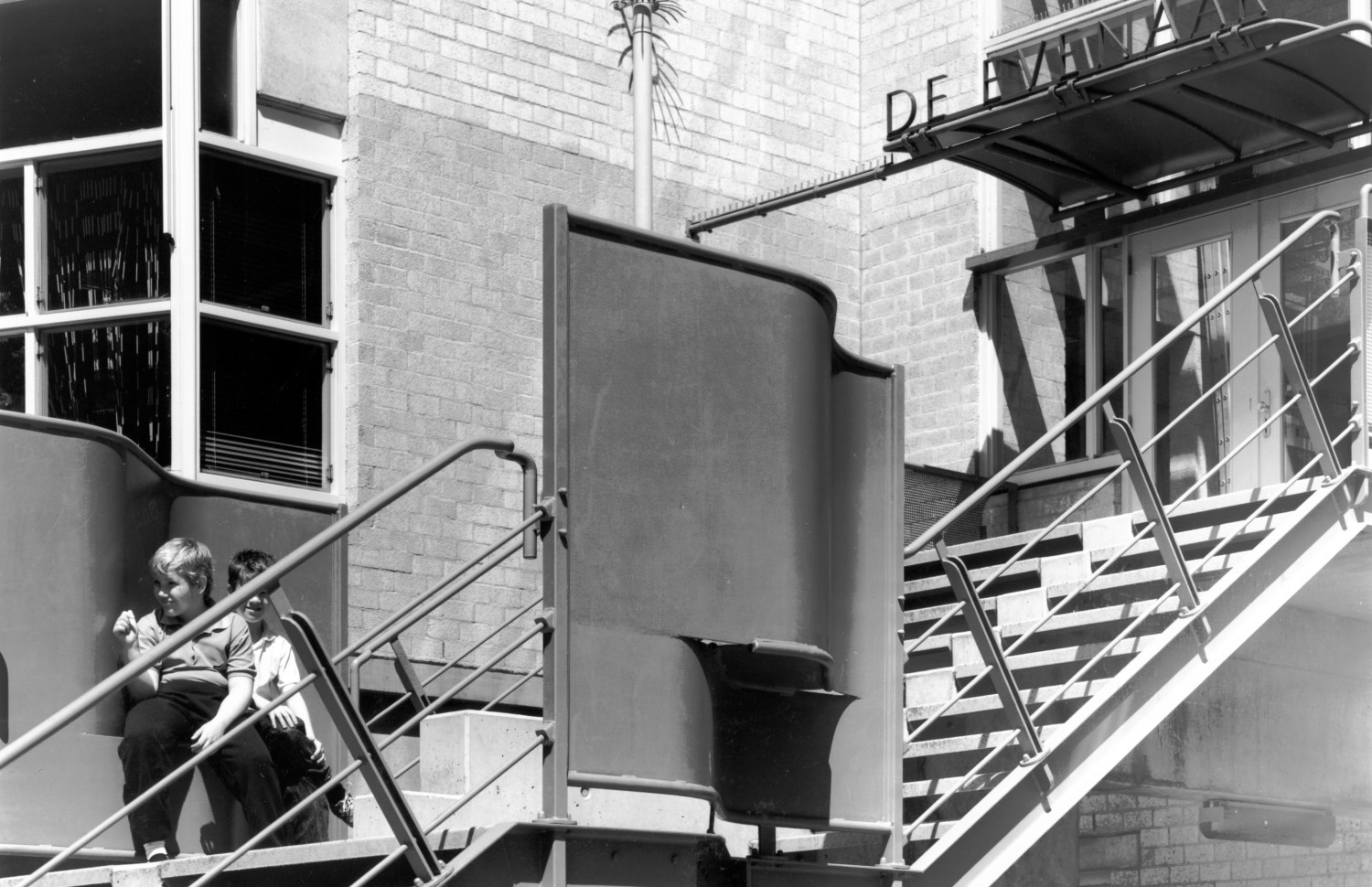 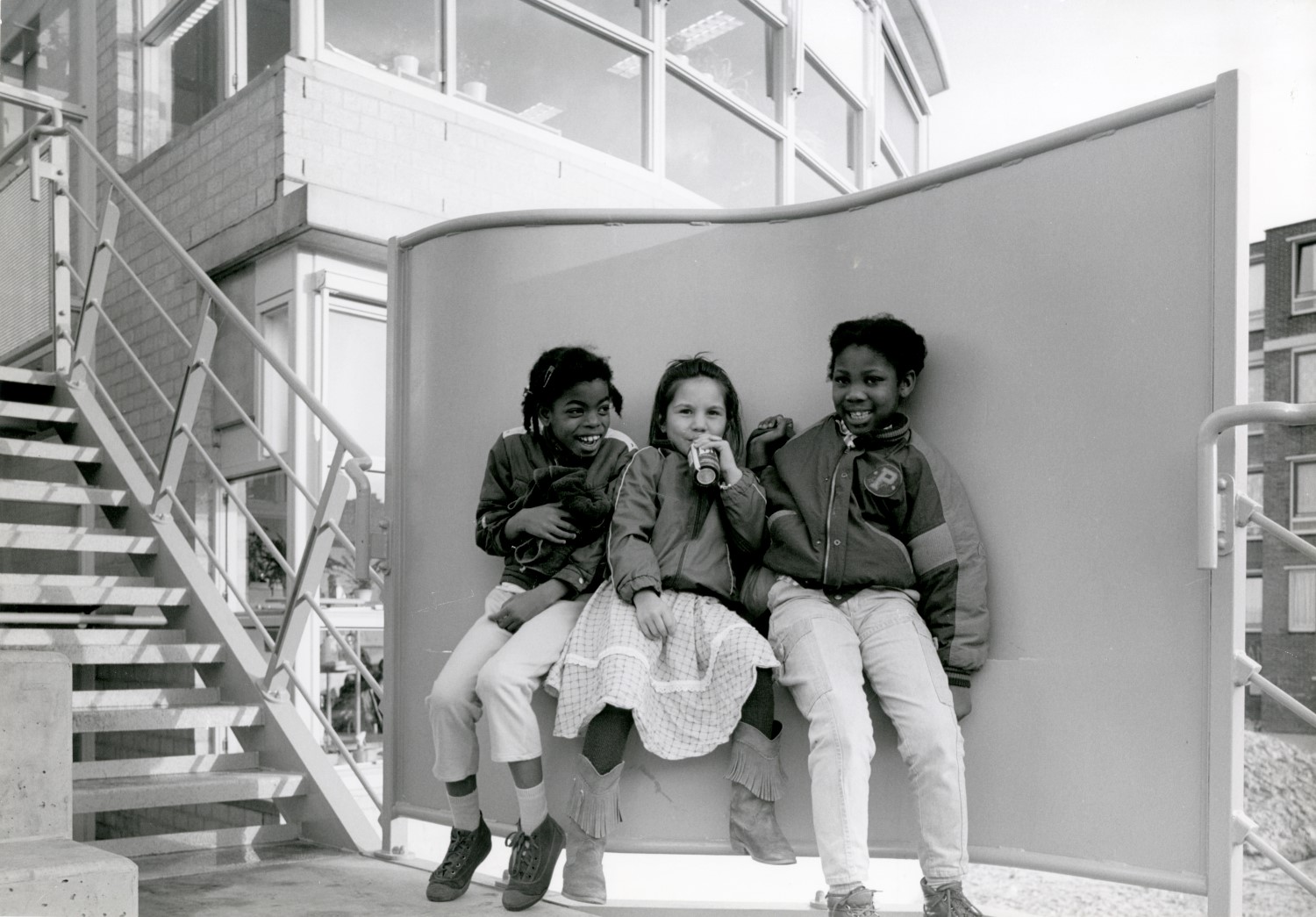 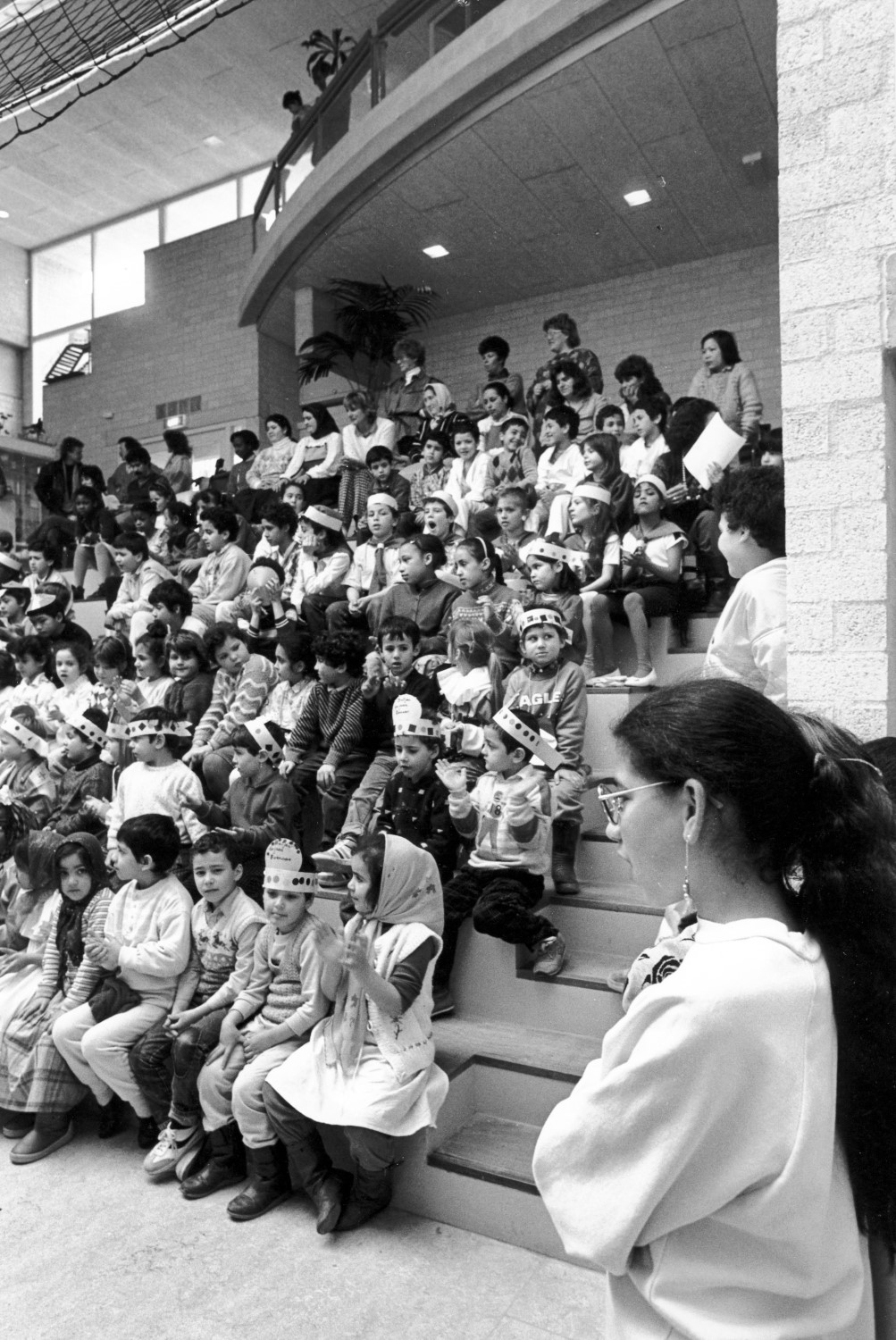 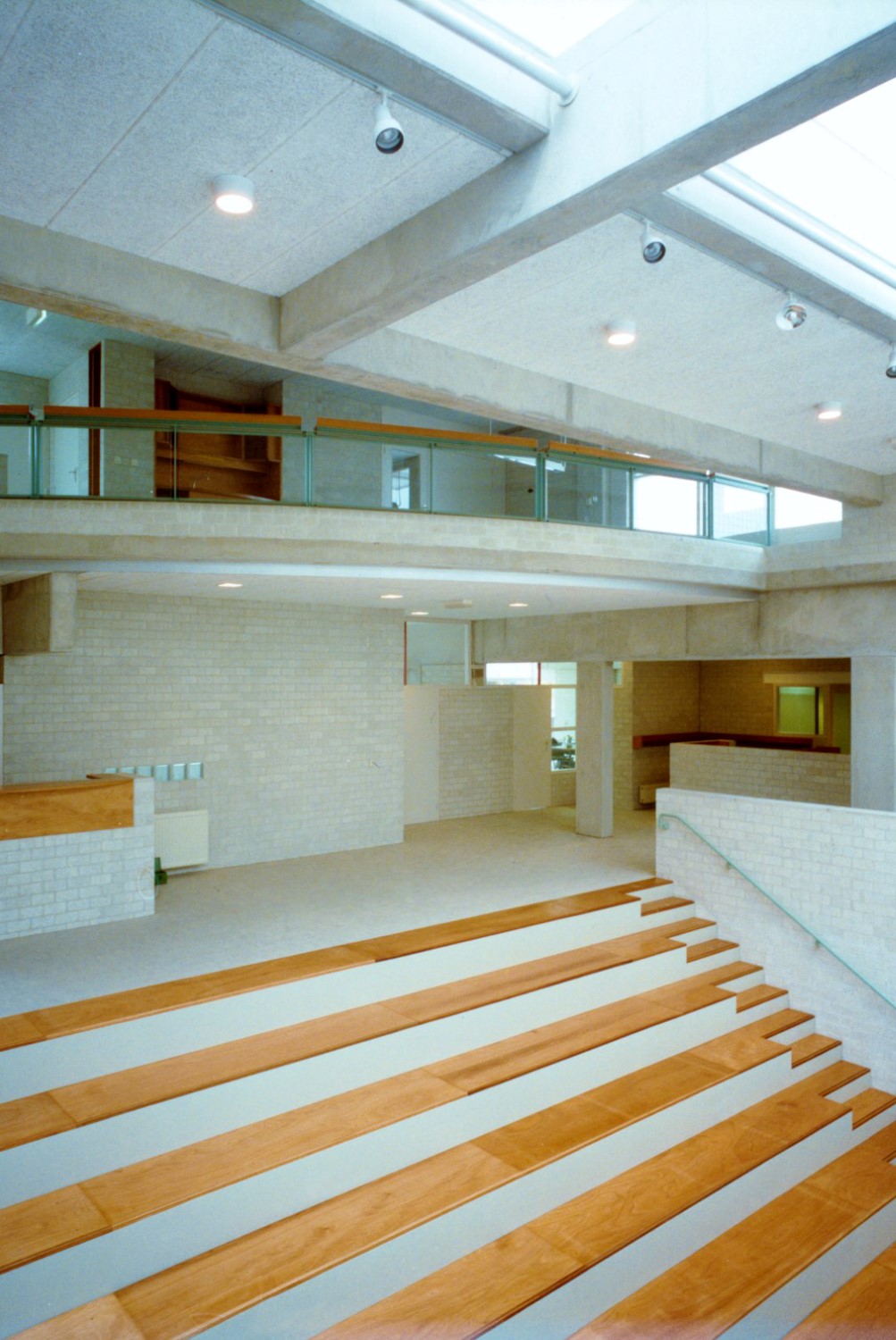 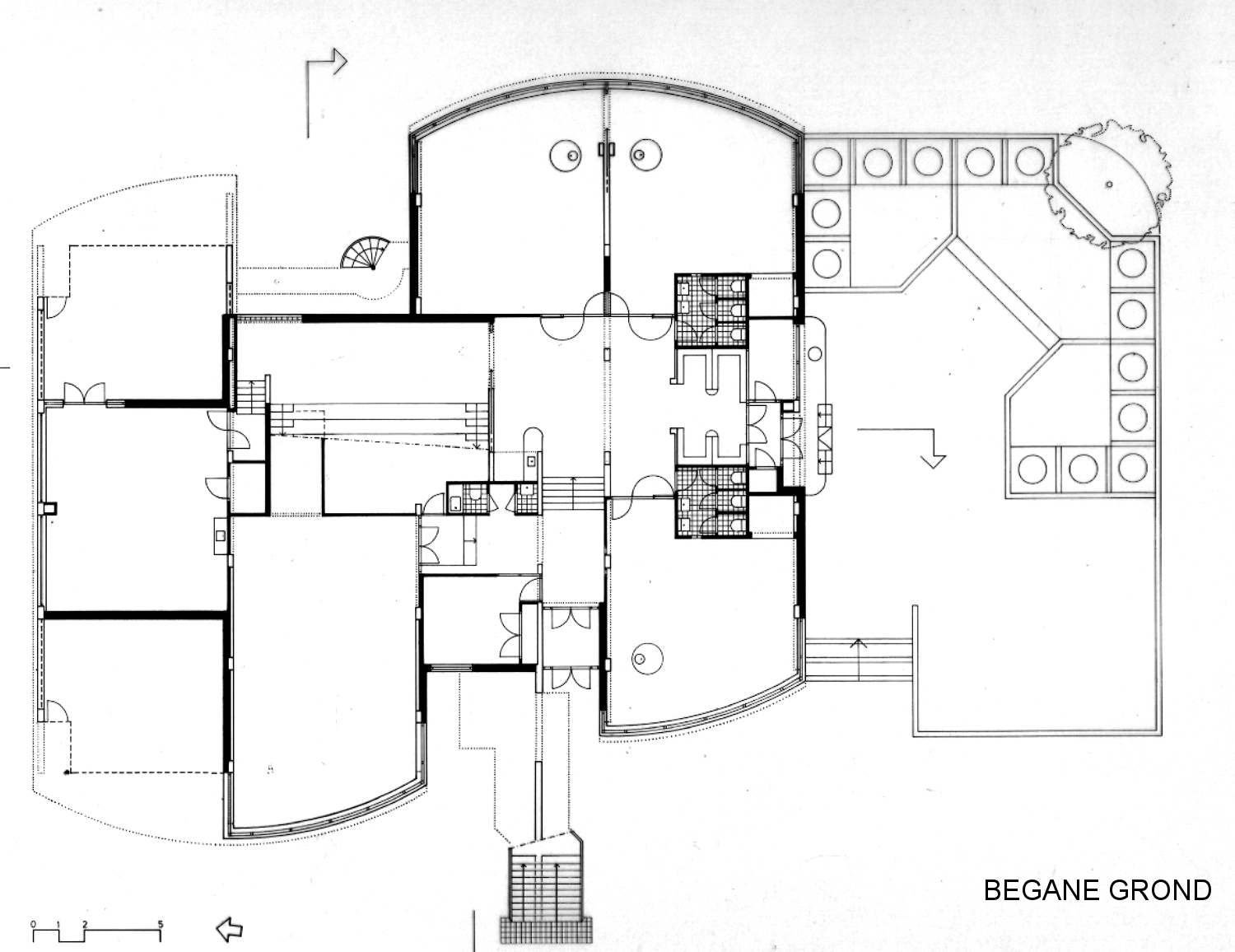 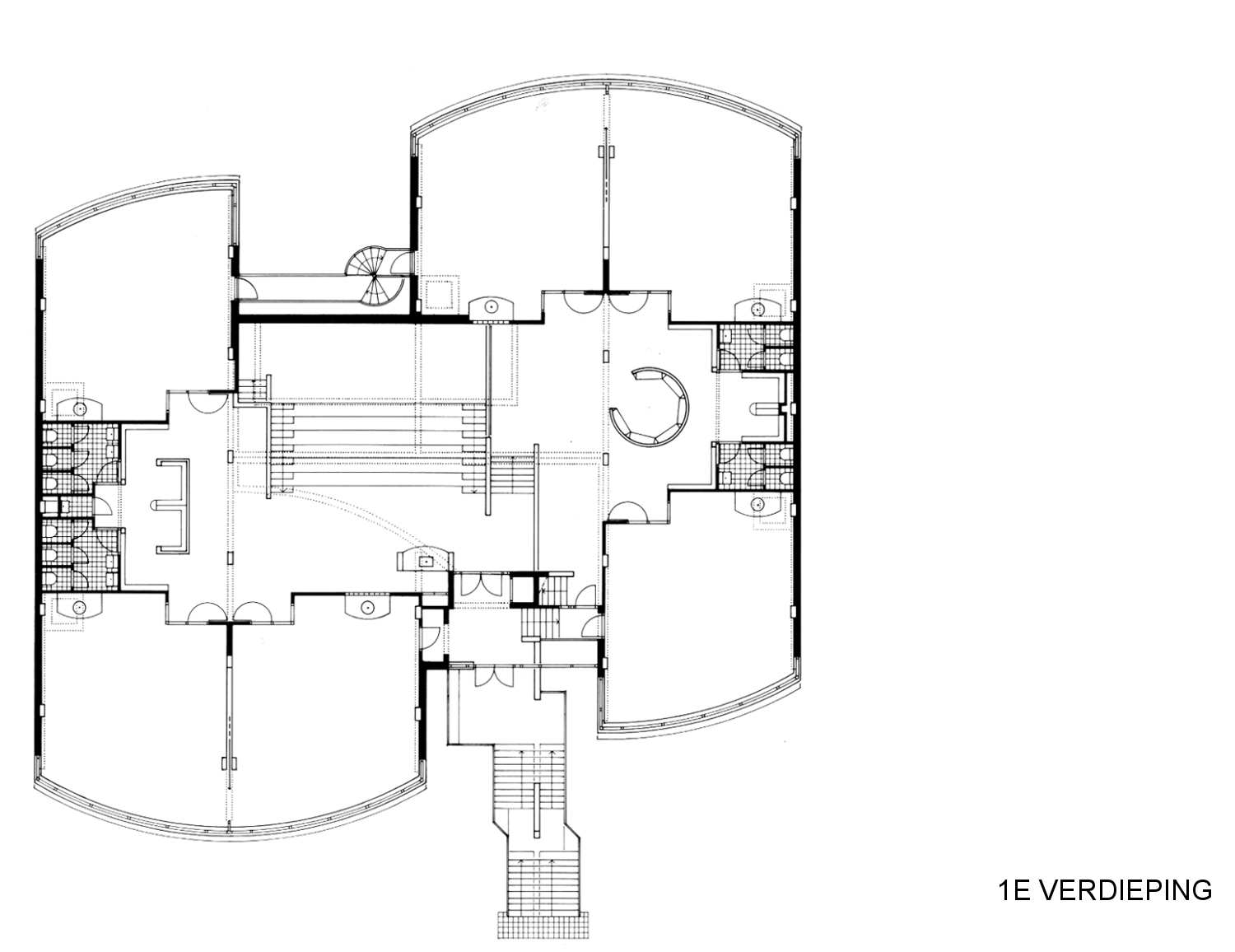 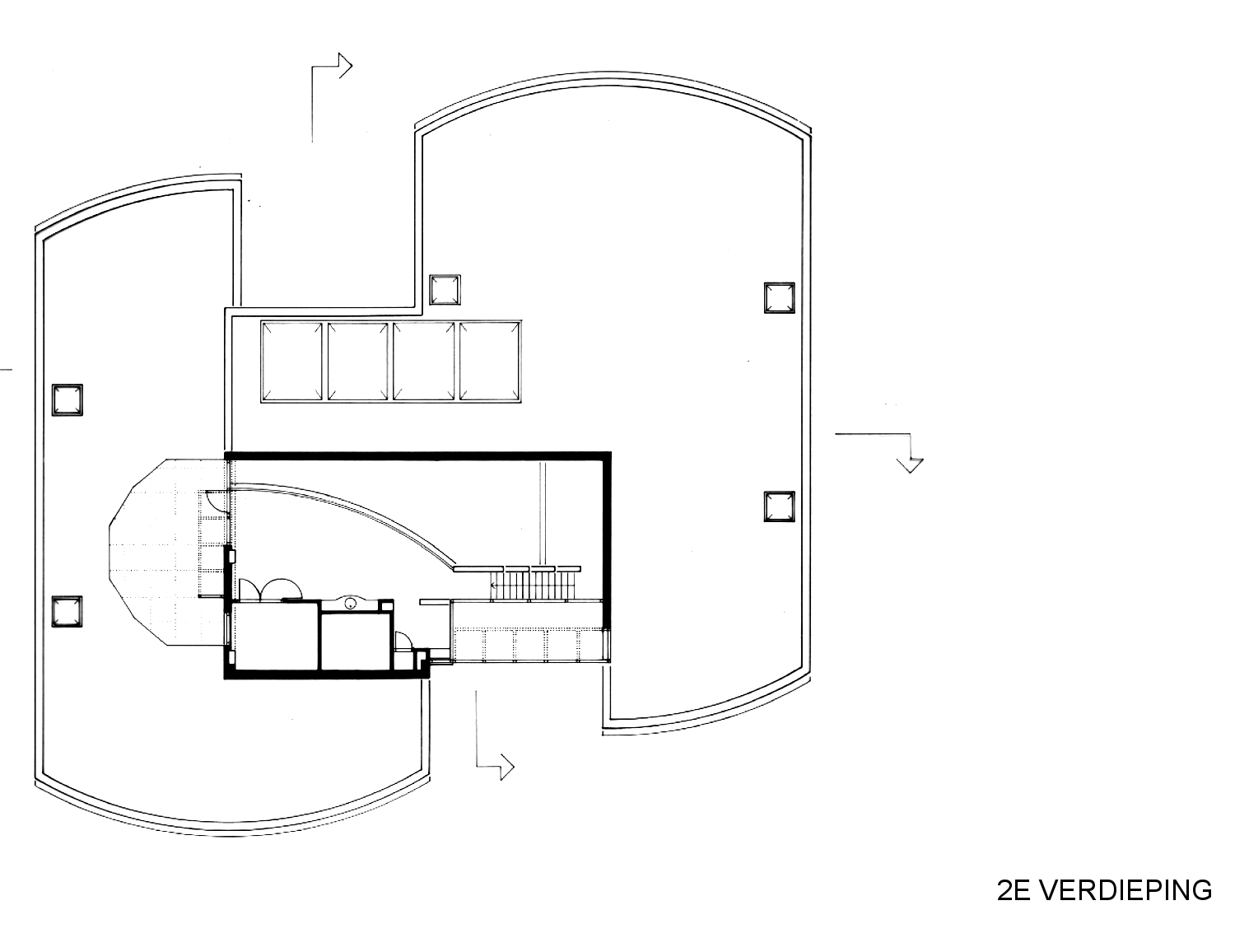 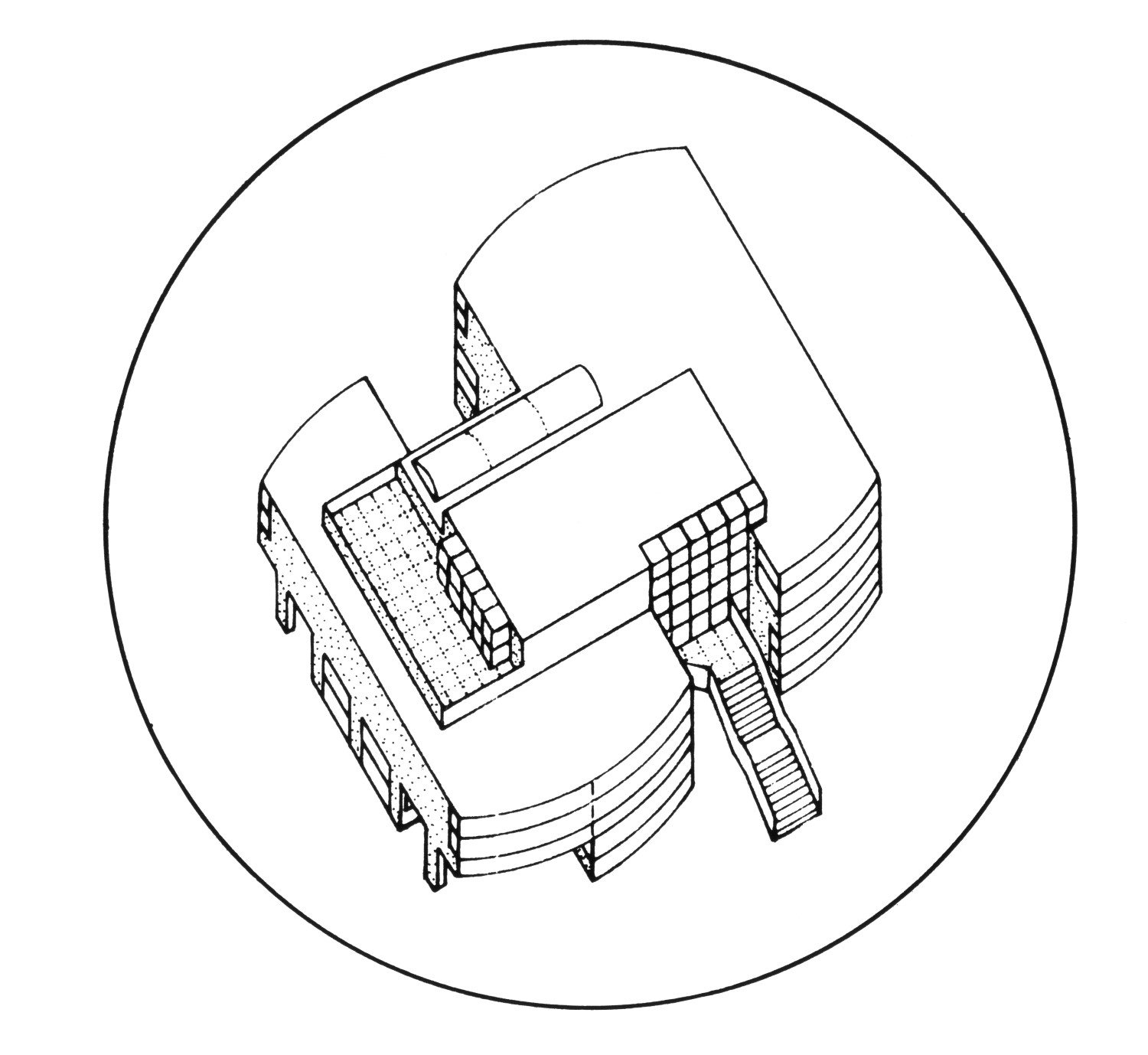 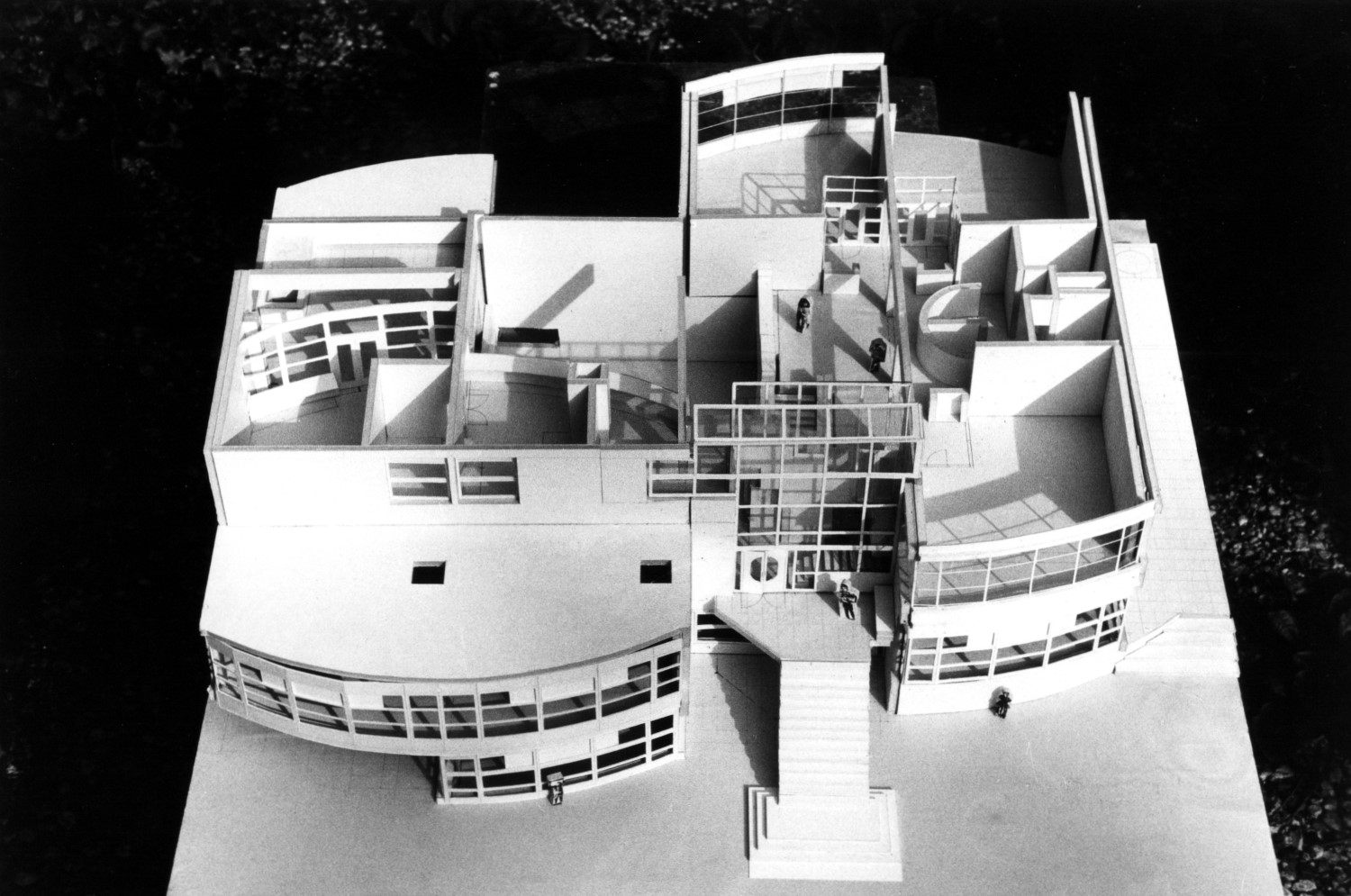