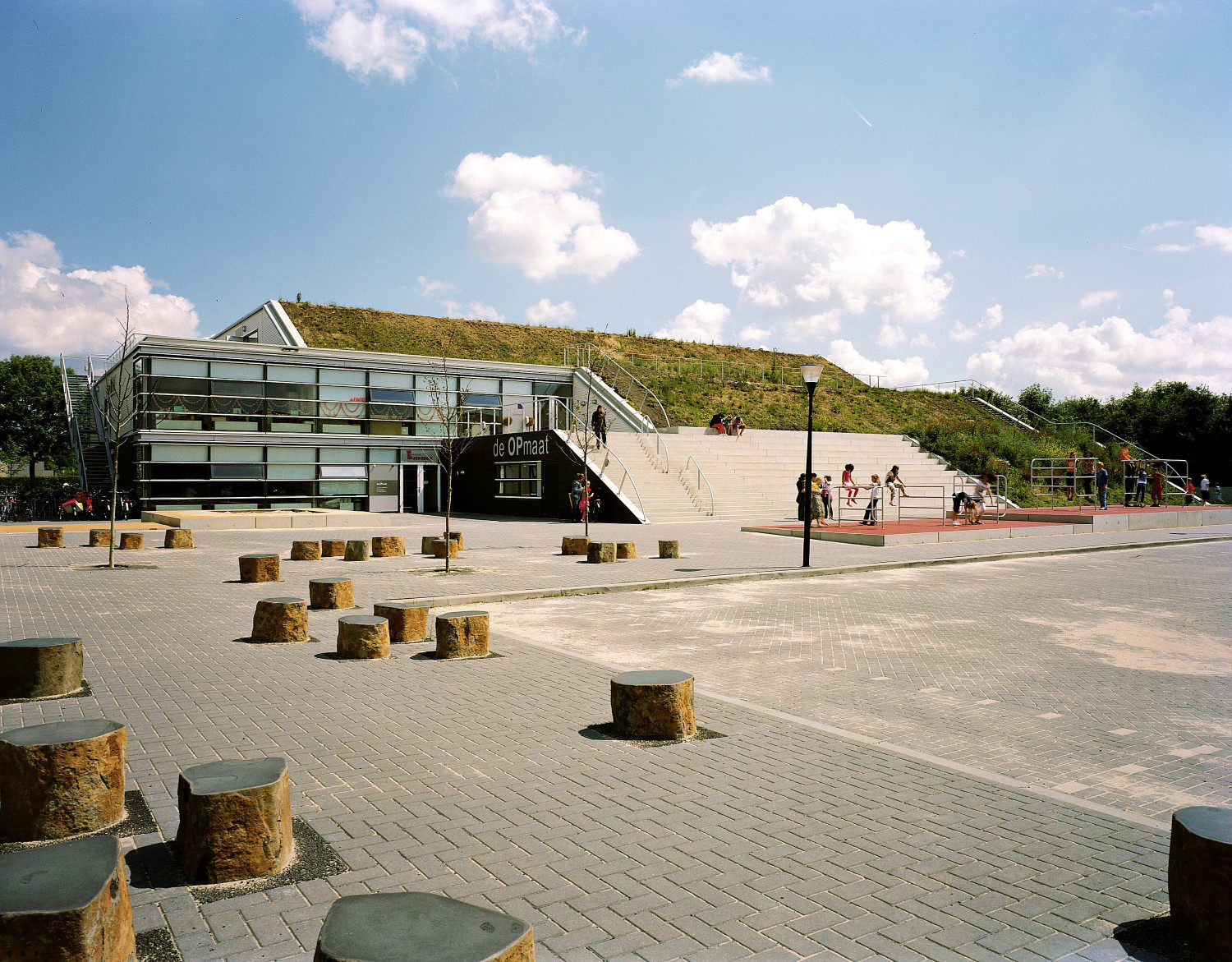 The neighbourhood had hoped for a park on this location, and to defuse their objections, we made the side of the school facing the houses into a primarily landscape-like hill that can be used as a roof park, while the grandstand constitutes an added attraction in the playground. These devices also help to make the building more an integrated part of its surroundings than a free-standing object.

The large central area borders directly on the working area in front of the classrooms, which can be completely opened up using concertina walls, as a result of which the wide steps can be used as working areas, even when no communal activities are taking place, an innovation that proved particularly successful at the Apollo Schools. 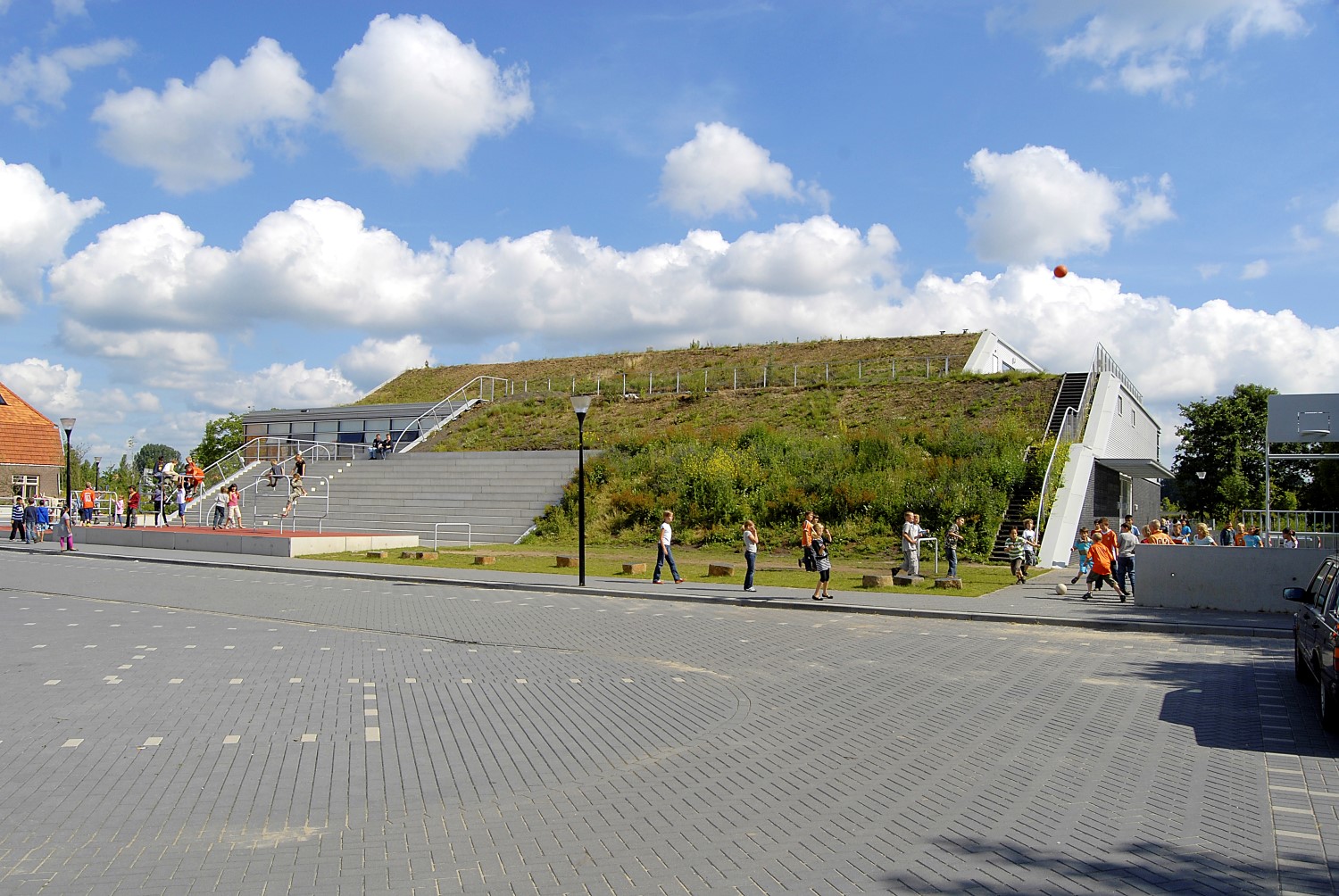 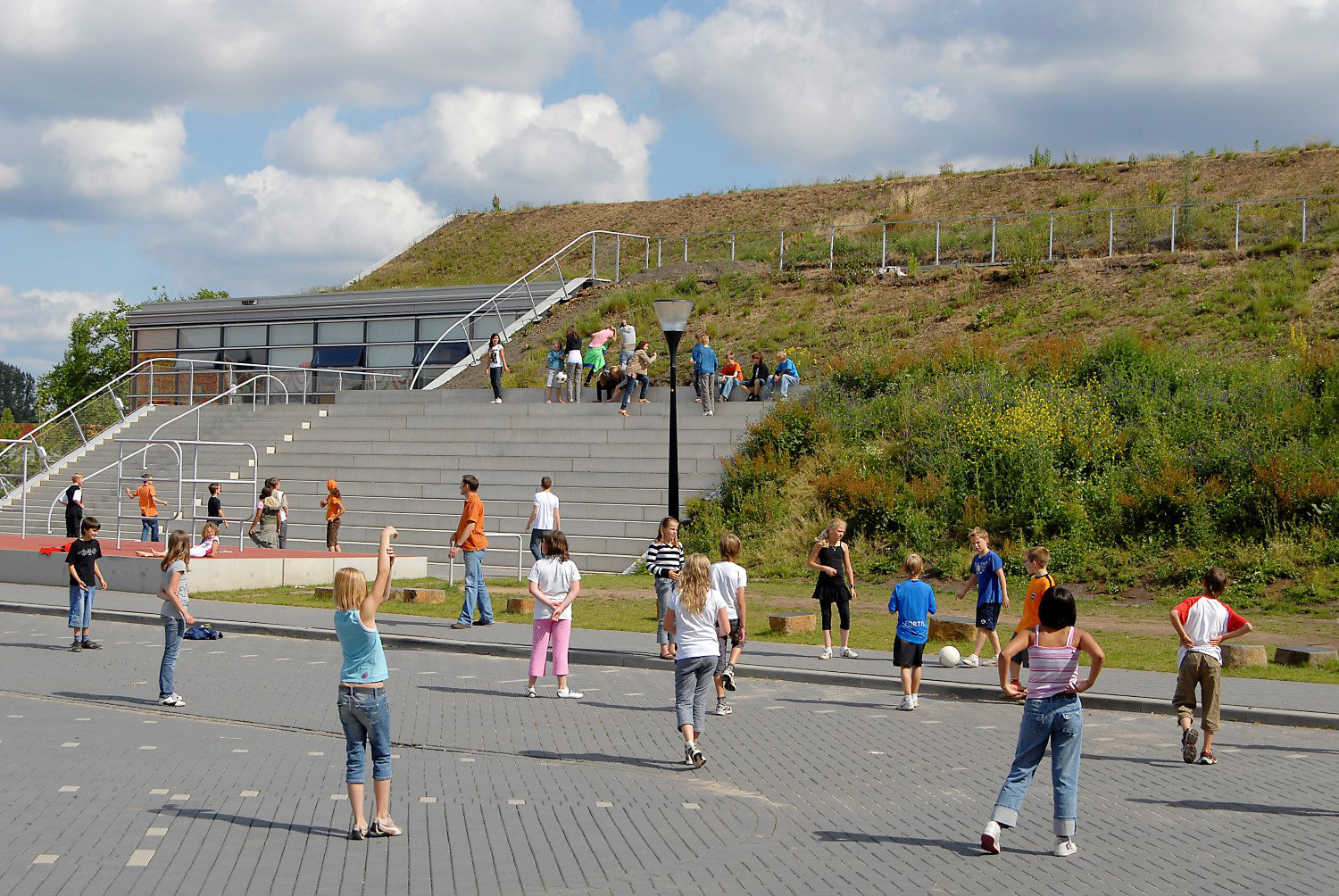 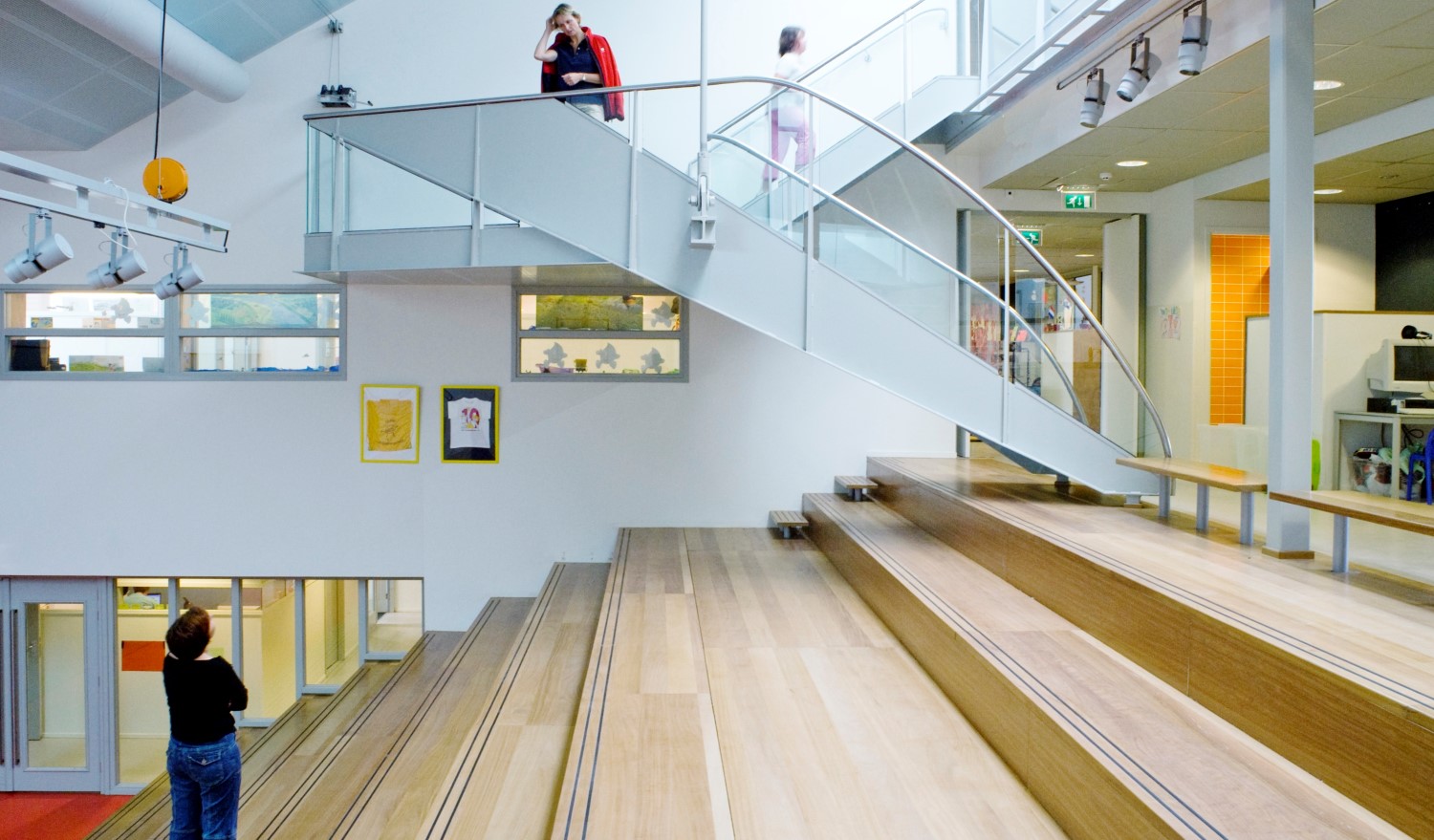 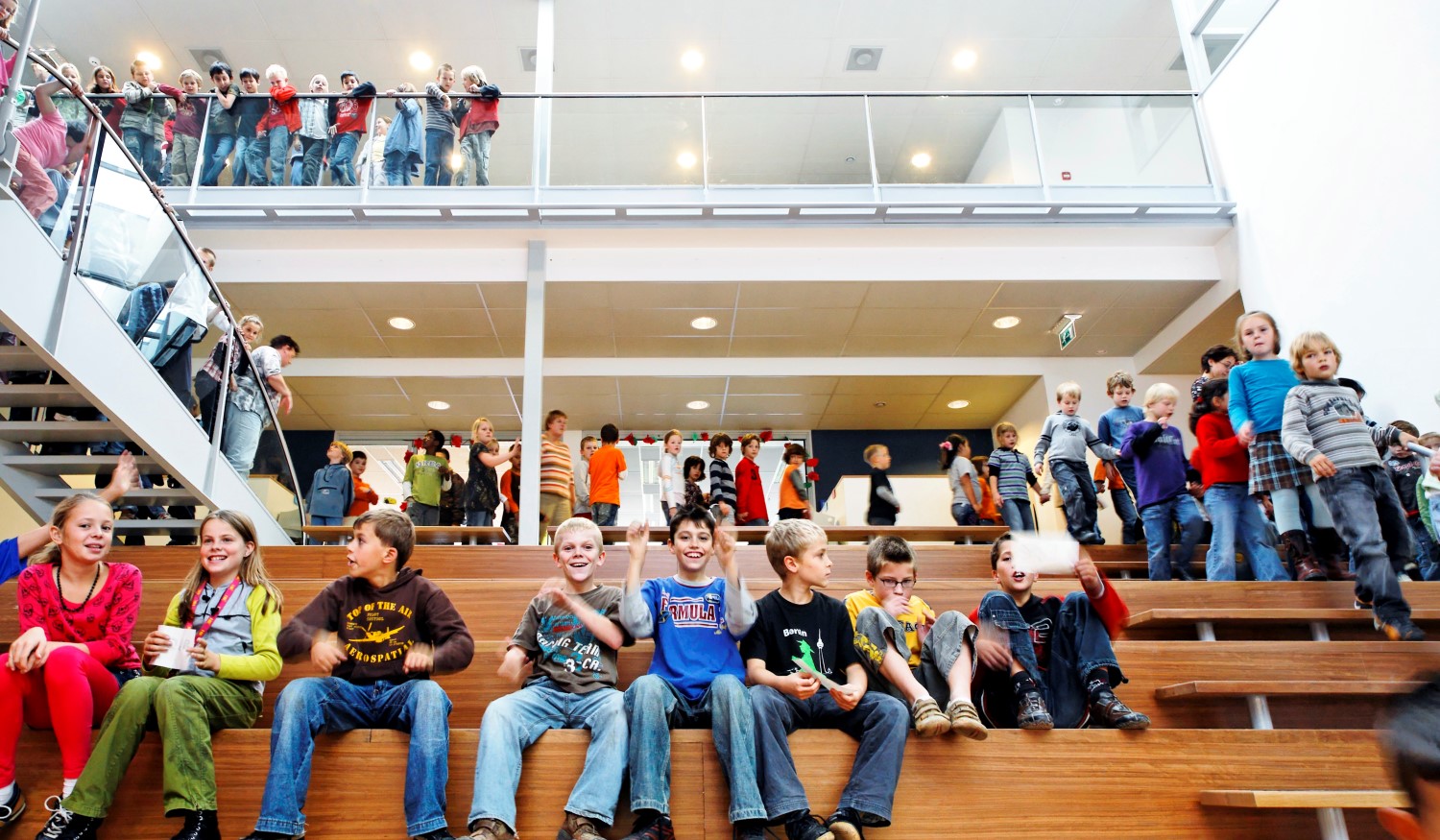 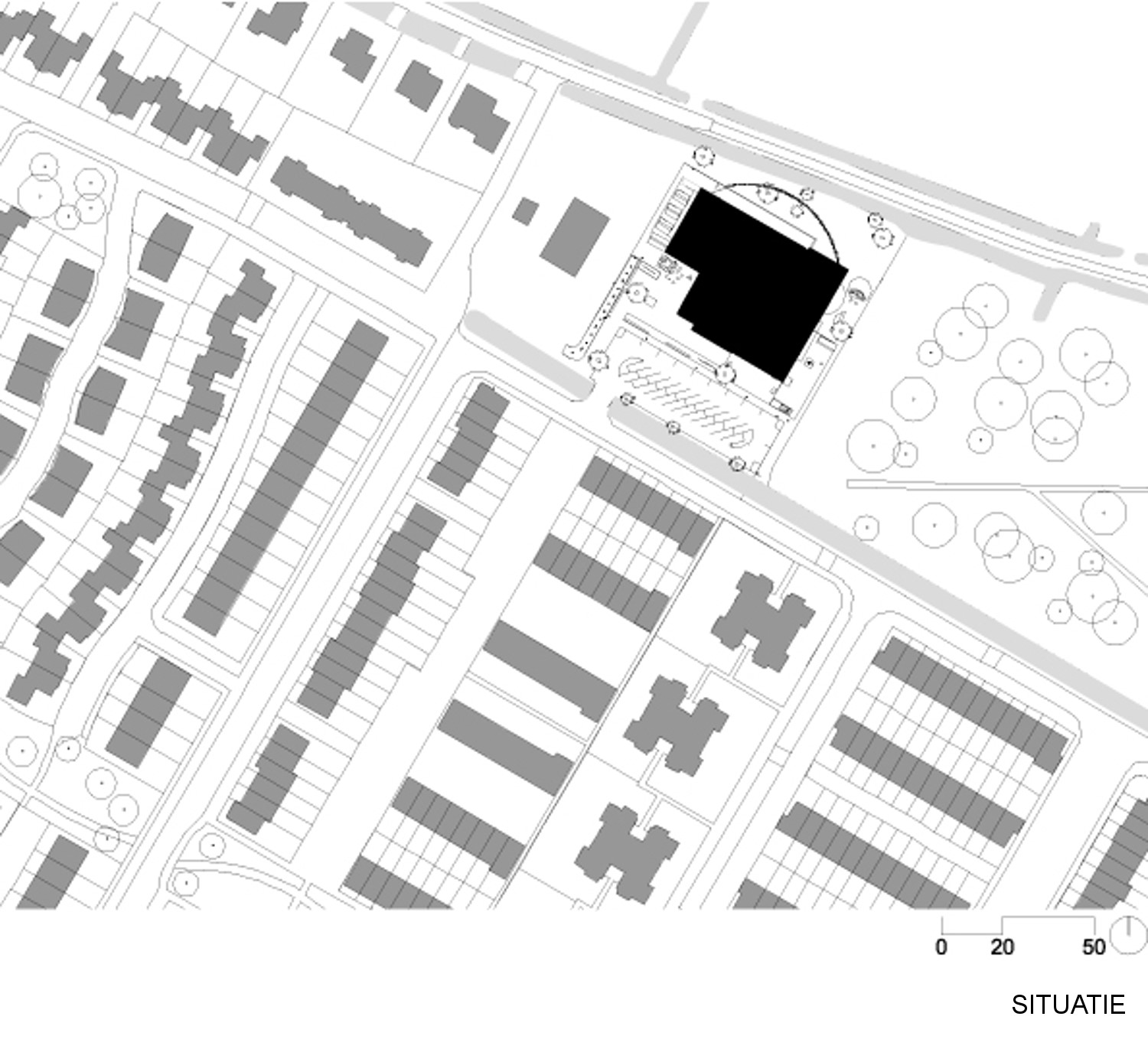 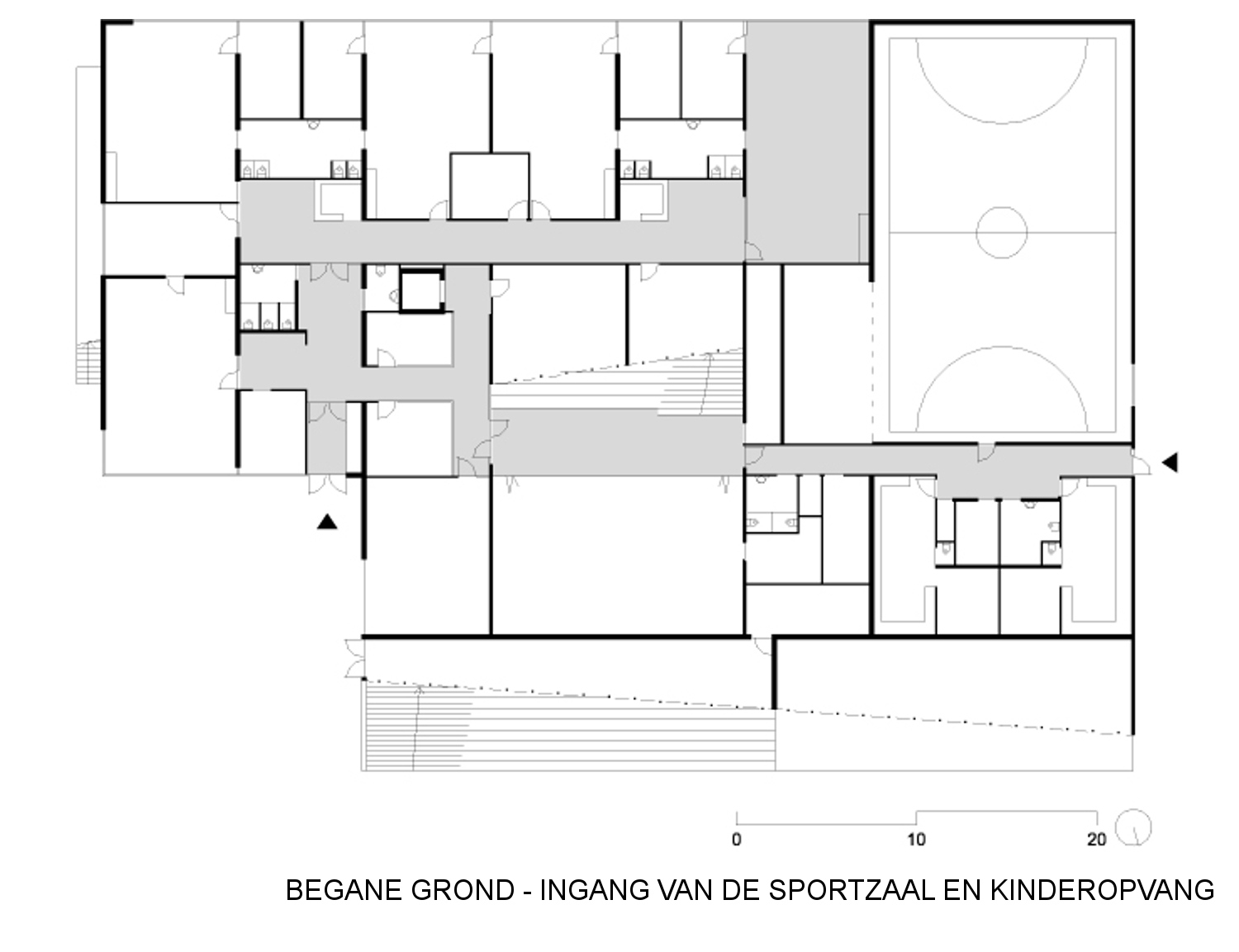 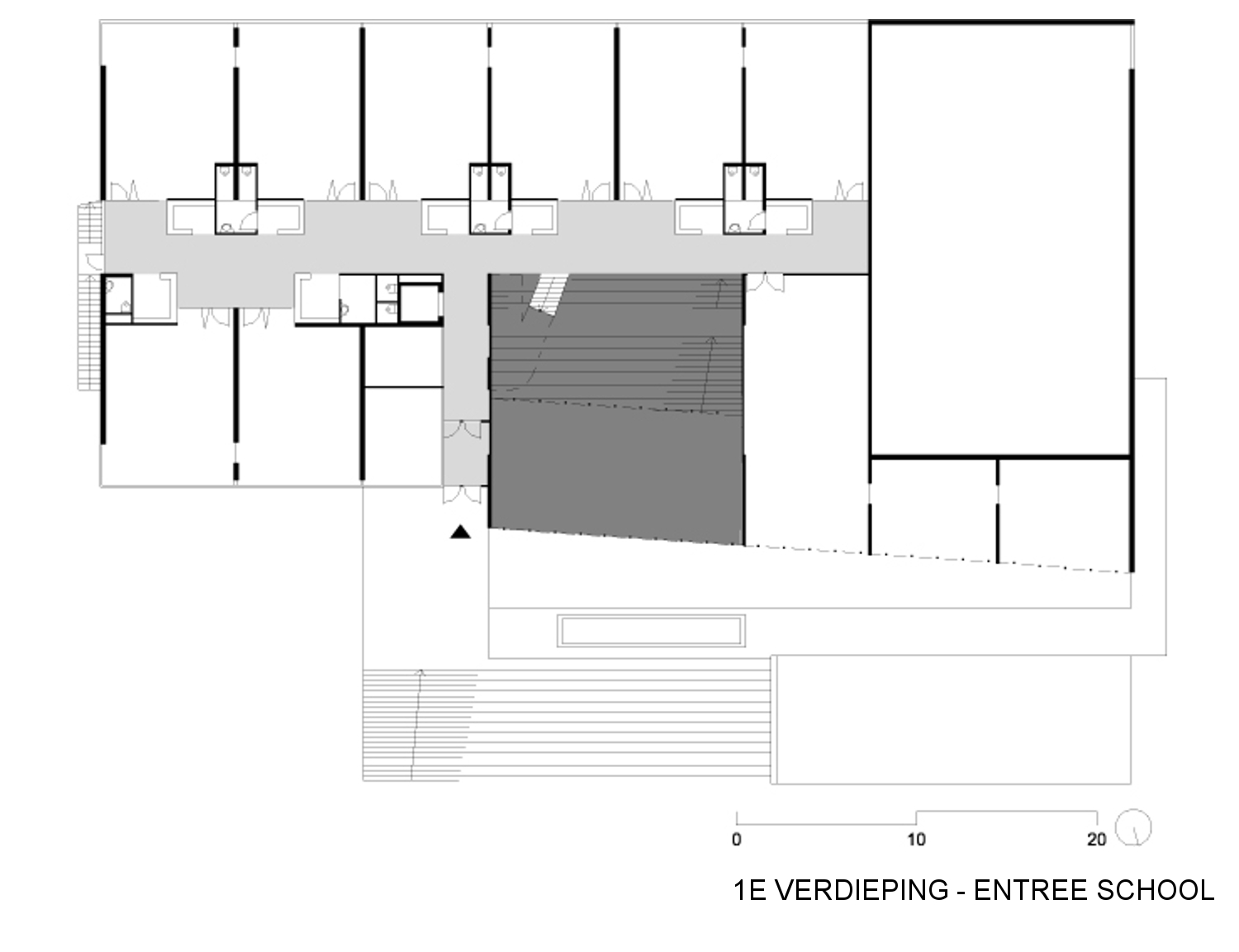 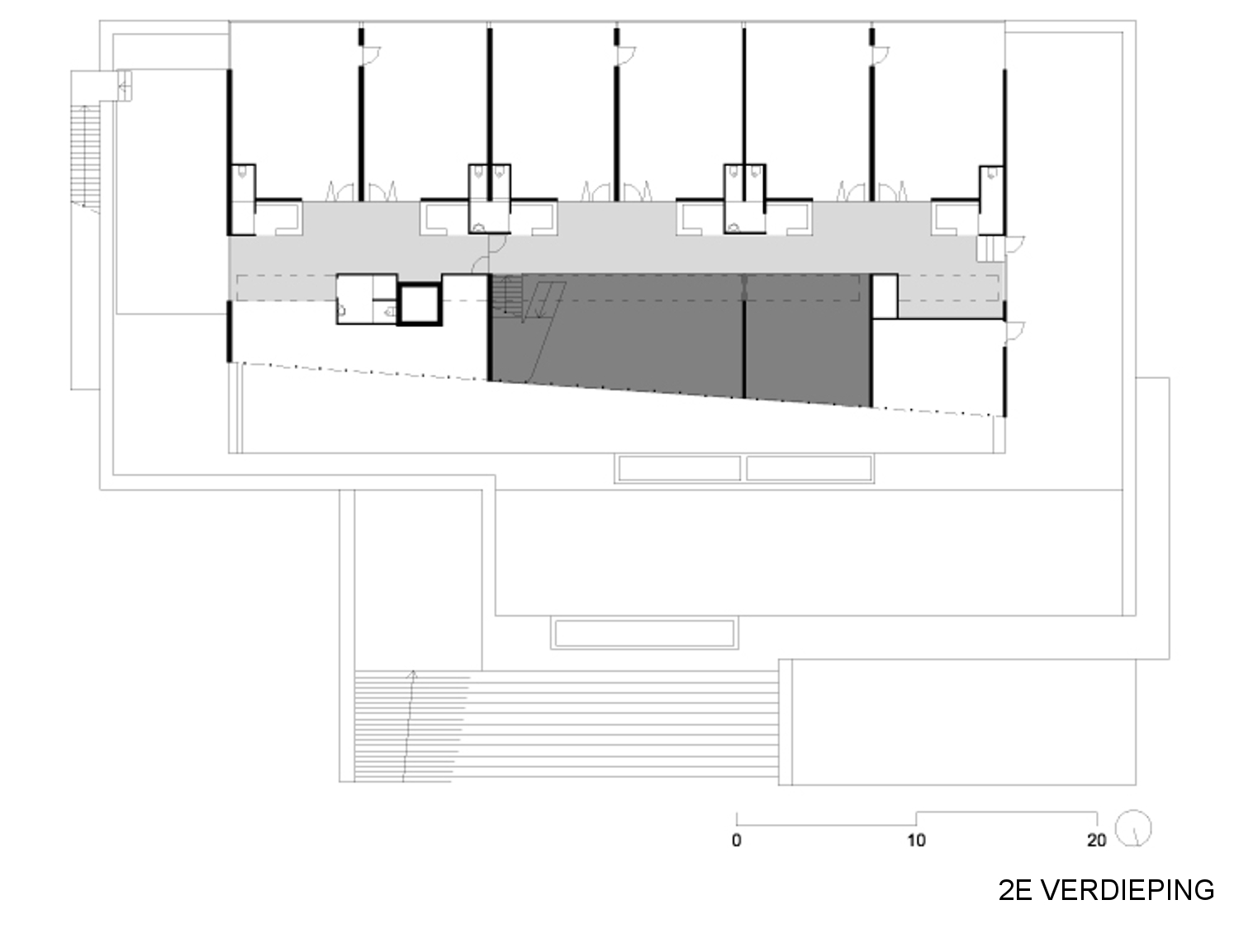 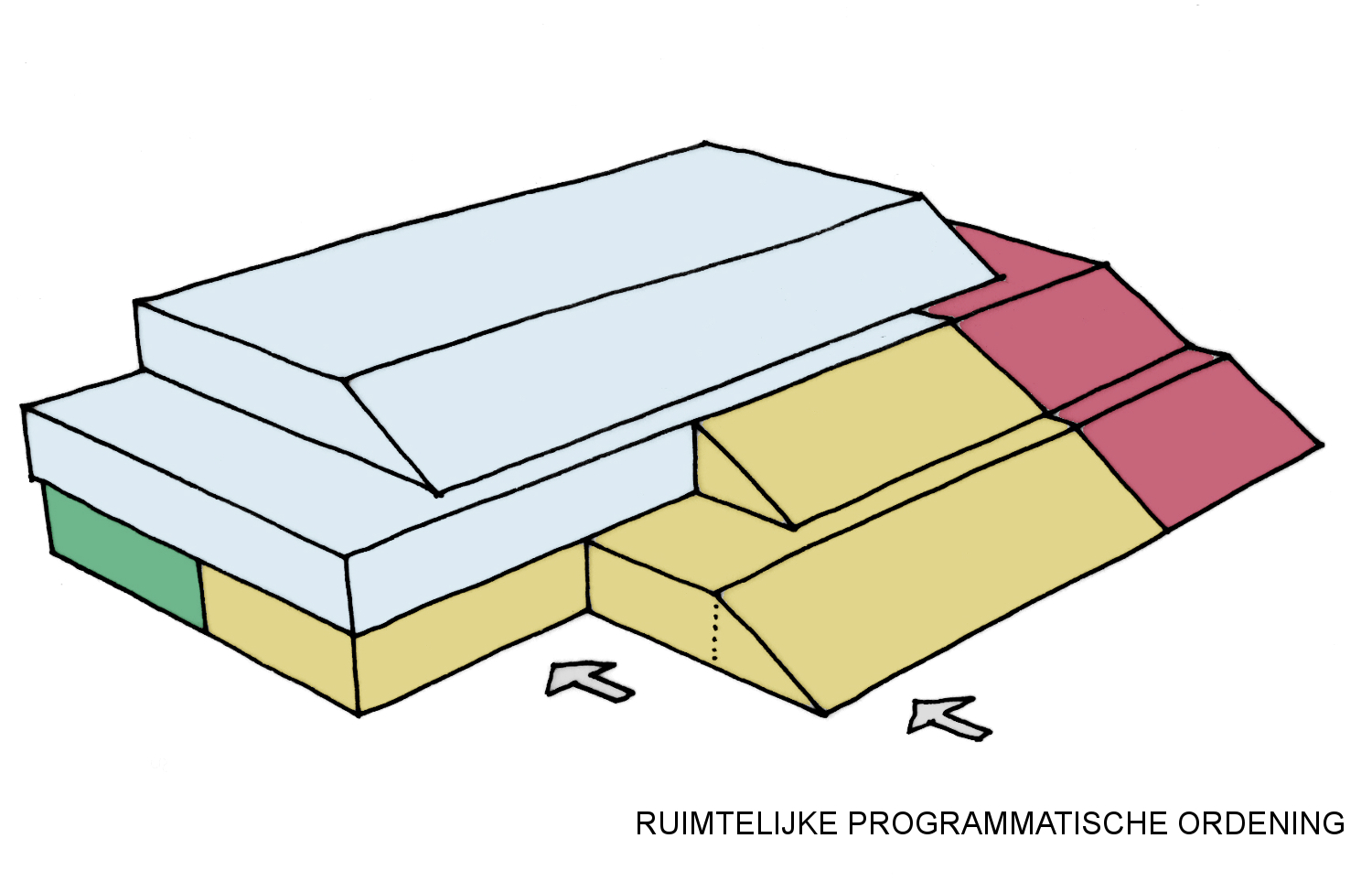