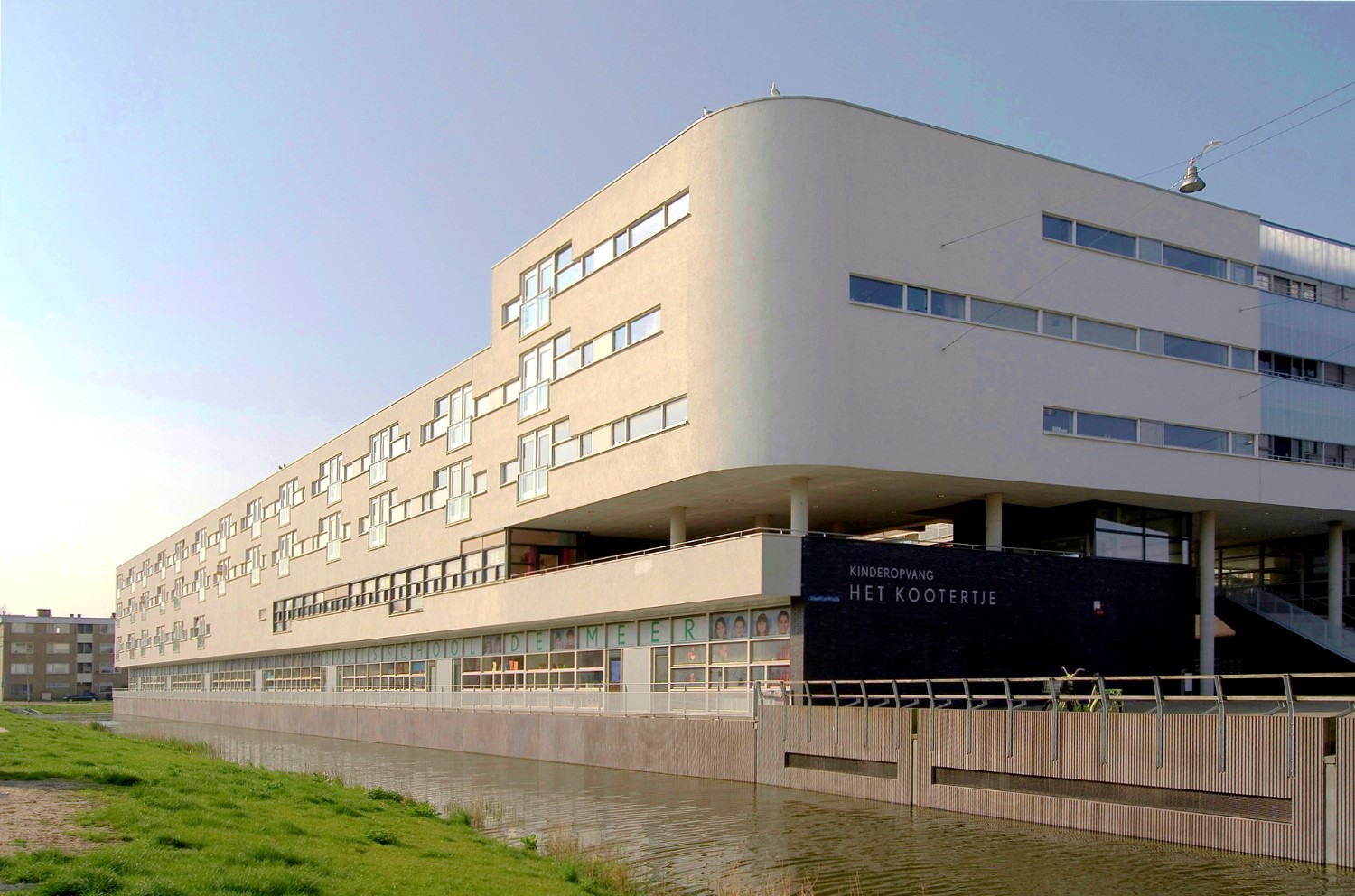 In the urban renewal plan for the district of Schalkwijk, it had been decided to build two primary schools, a community centre and thirty houses on an island, crossed by a public route for pedestrians. We see the schools here not so much as autonomous buildings, but rather as elements incorporated into a larger whole. To prevent any fragmentation in this extended or community school (‘Brede School’), the first of its kind that we designed, the public area, which was also a playground and the area leading to the dwellings, was channelled over the roof of the combined schools and the community centre.

The two schools are completely autonomous and different in character. They have separate entrances but share a single large central area, which can be divided in two by a concertina partition, to be used by each school individually or jointly. This area can also be used for activities organised by the community centre, so that this combination greatly widens the spectrum of possibilities for everyone concerned. 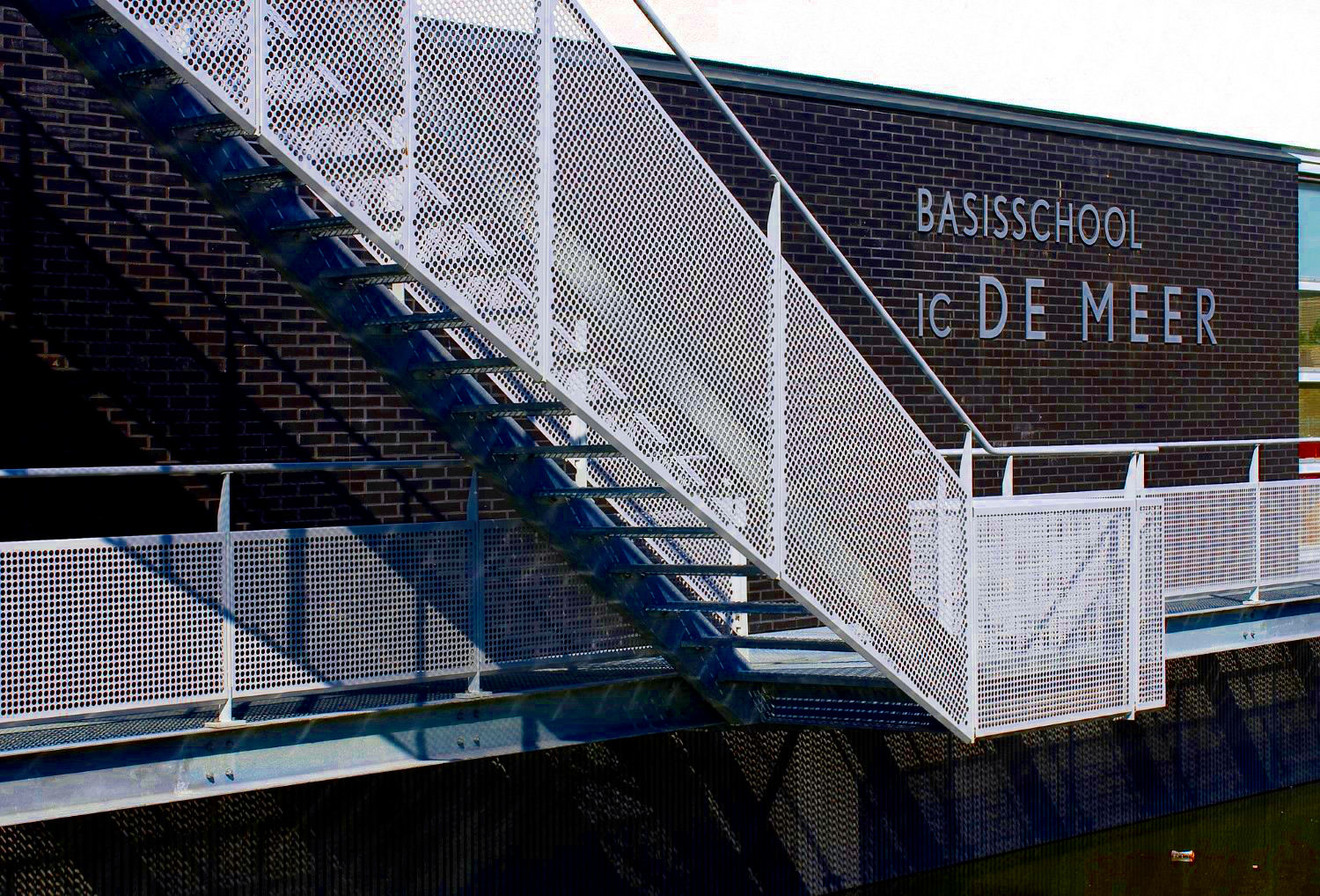 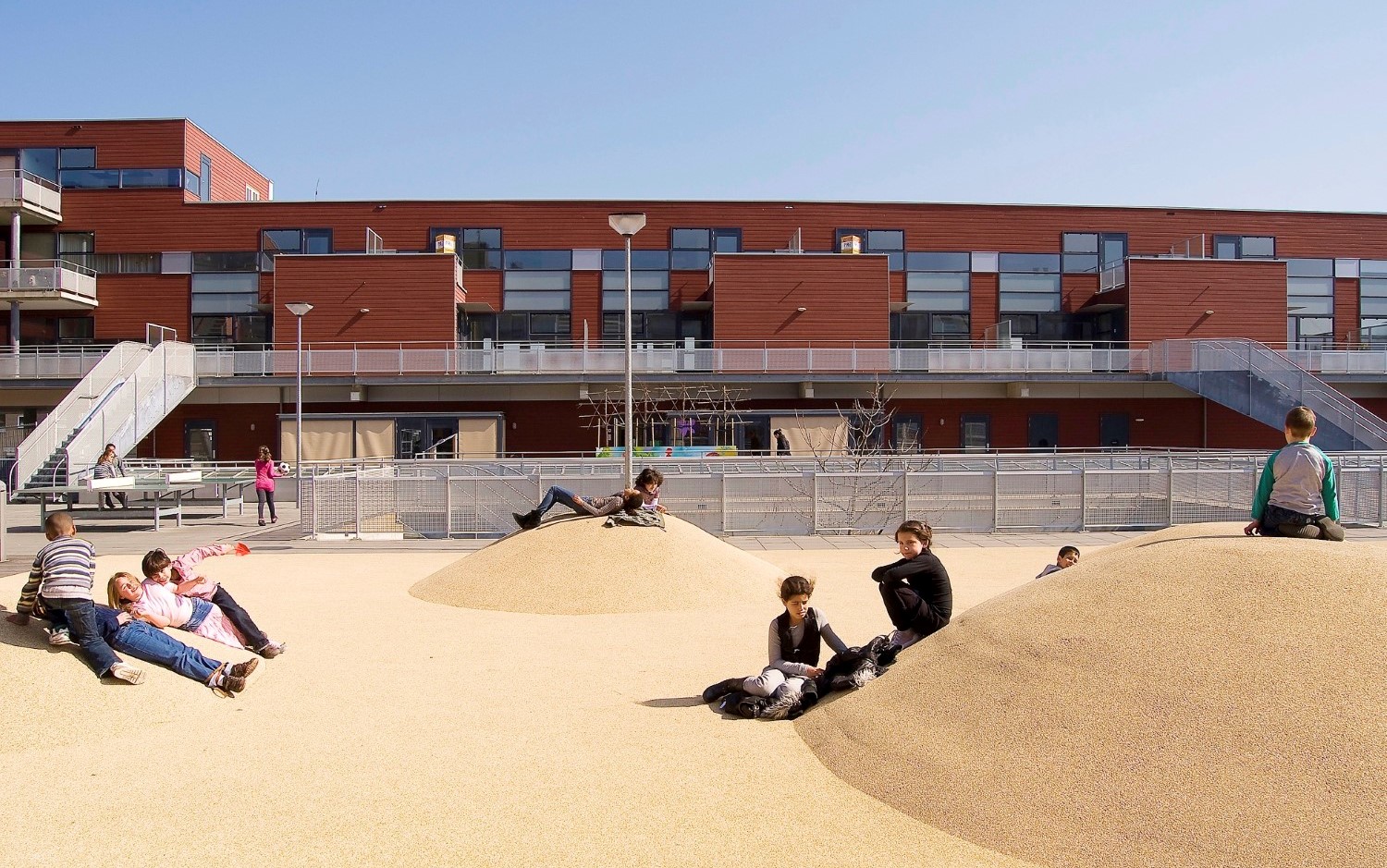 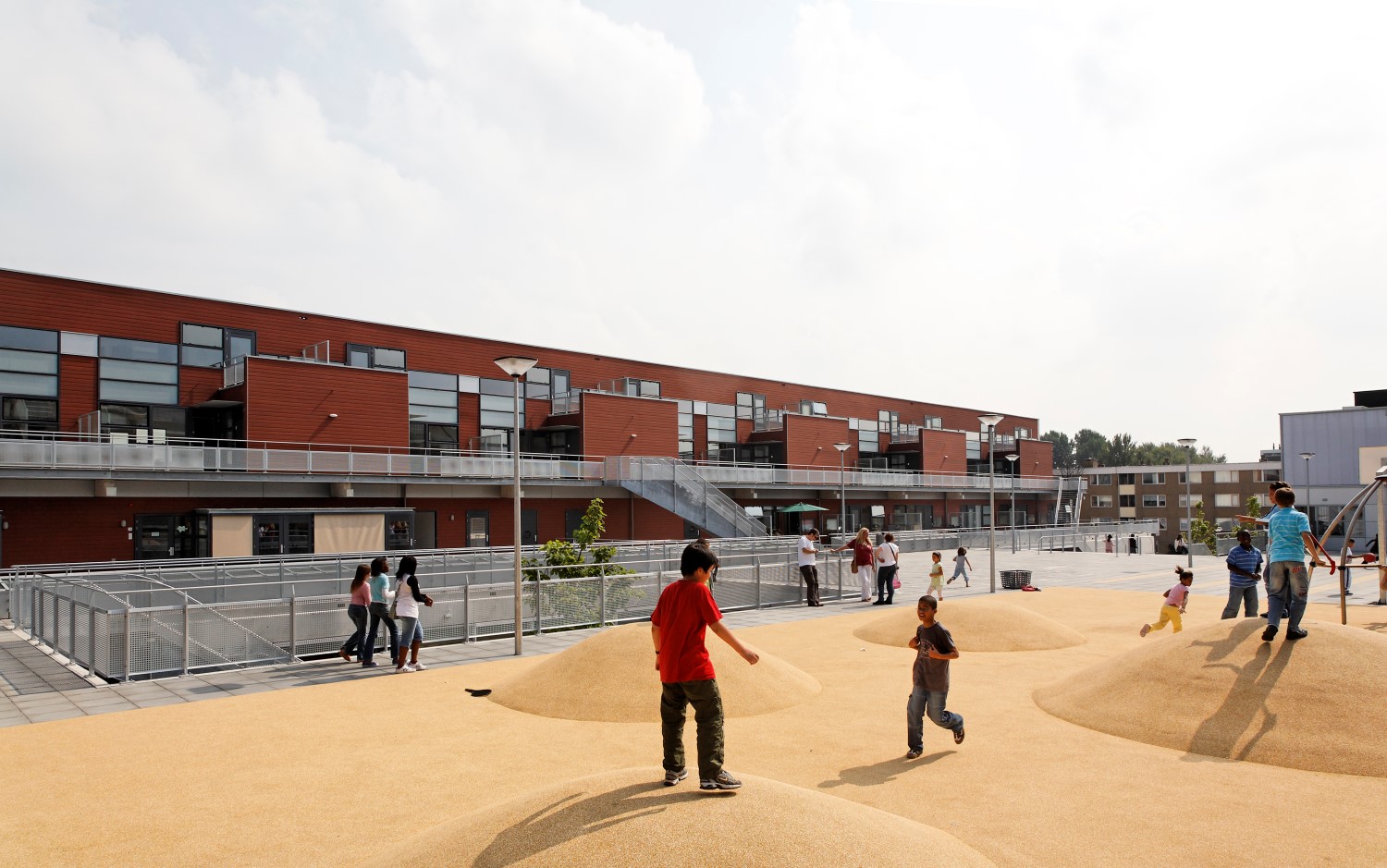 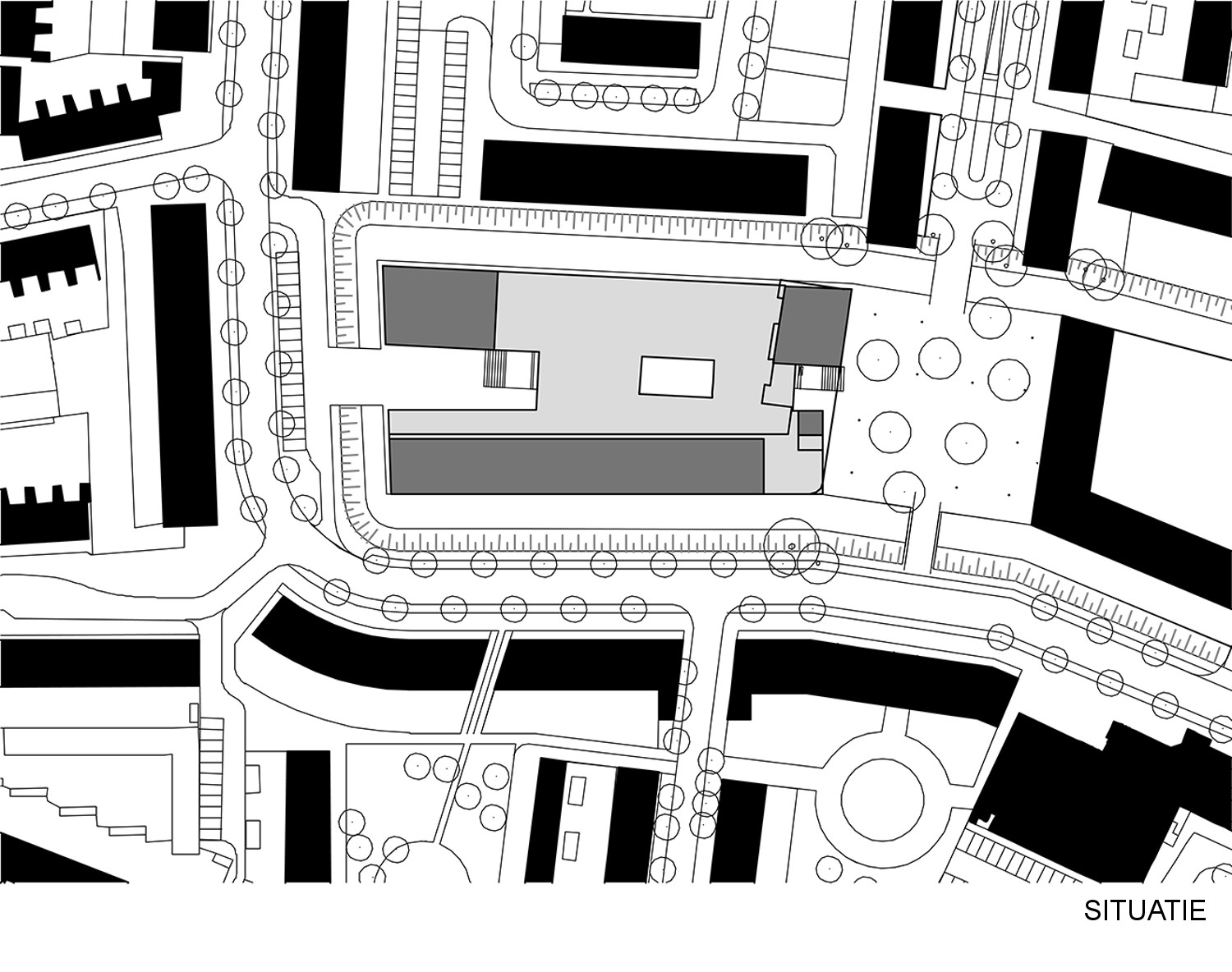 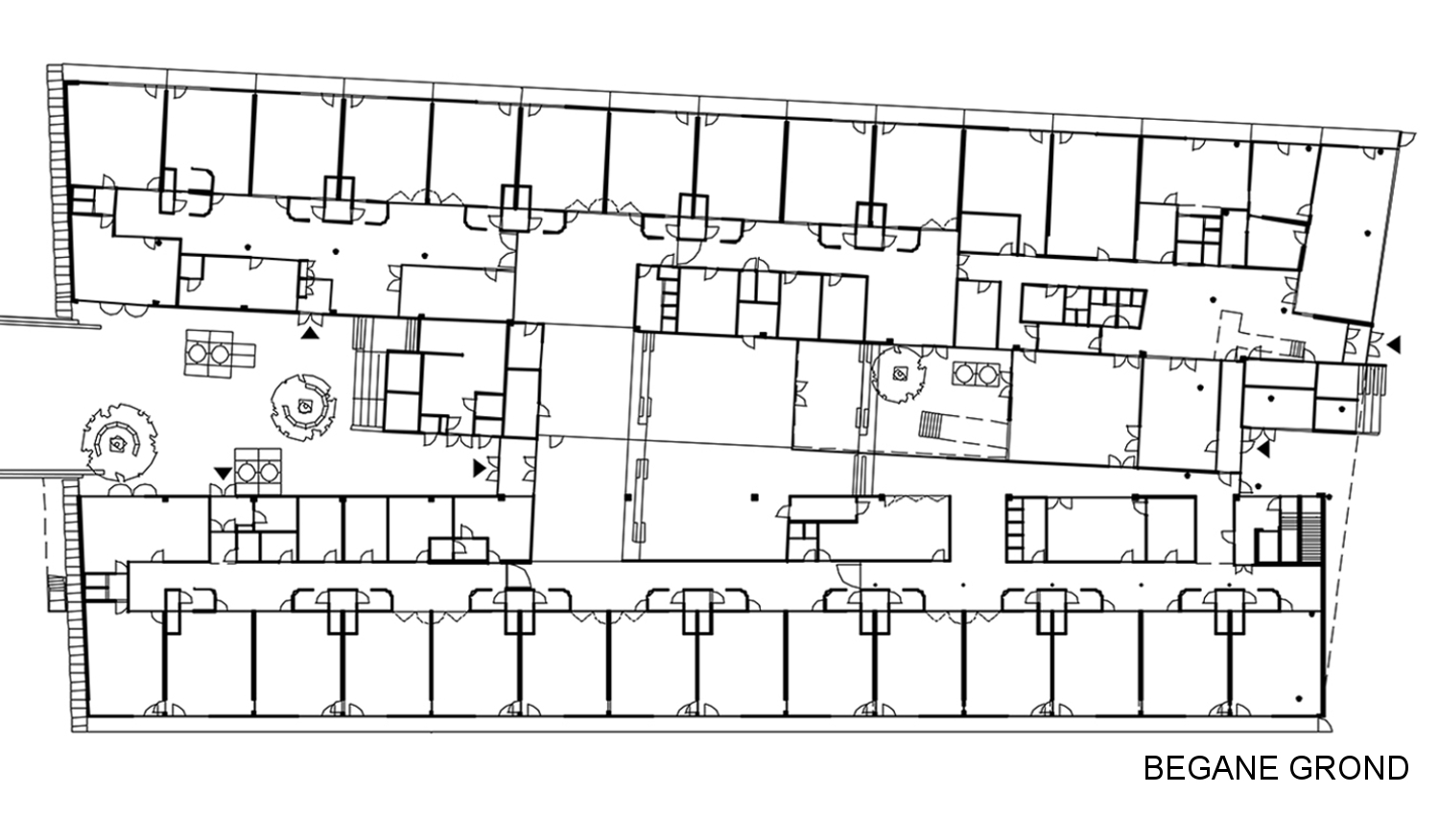 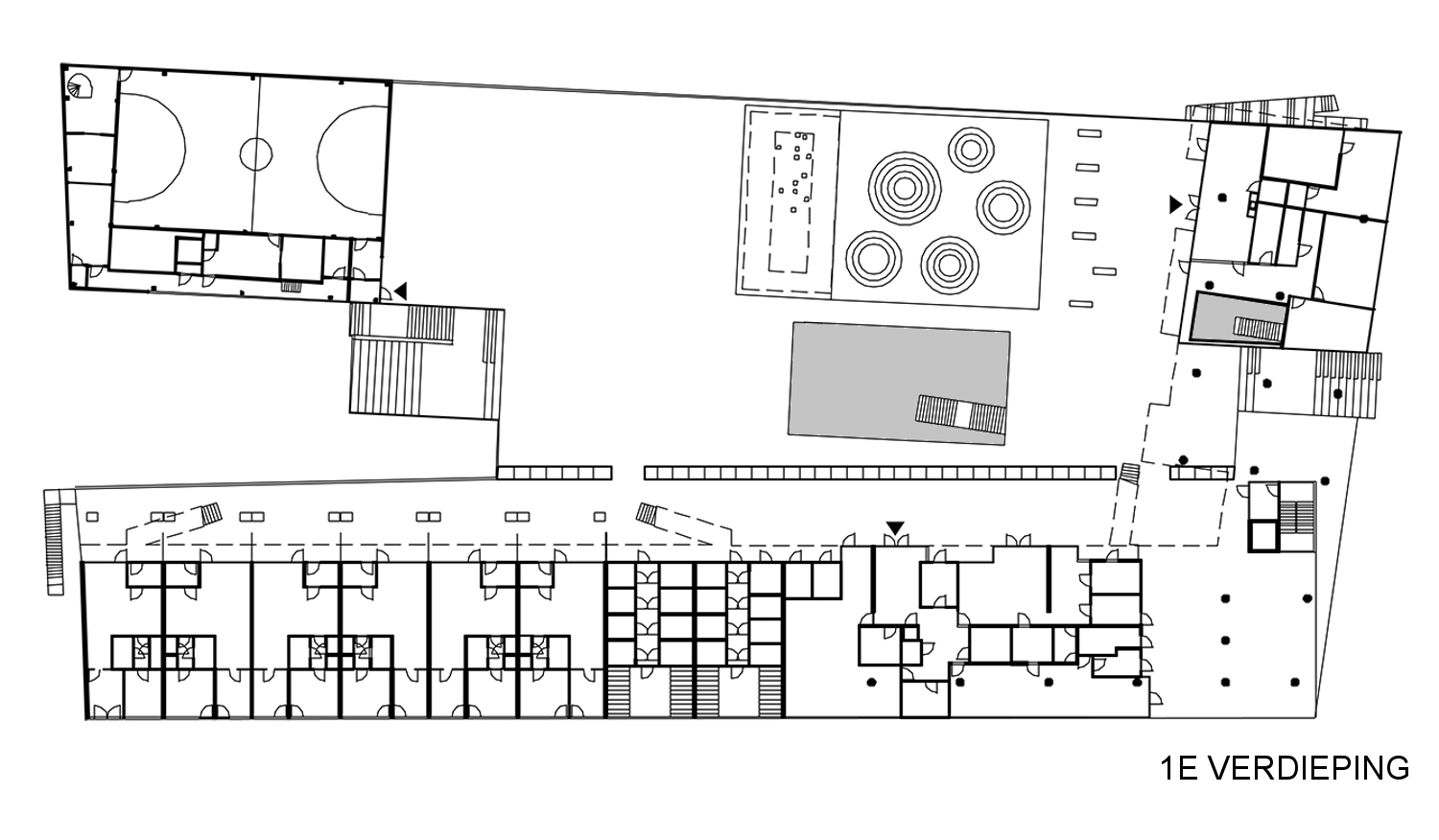