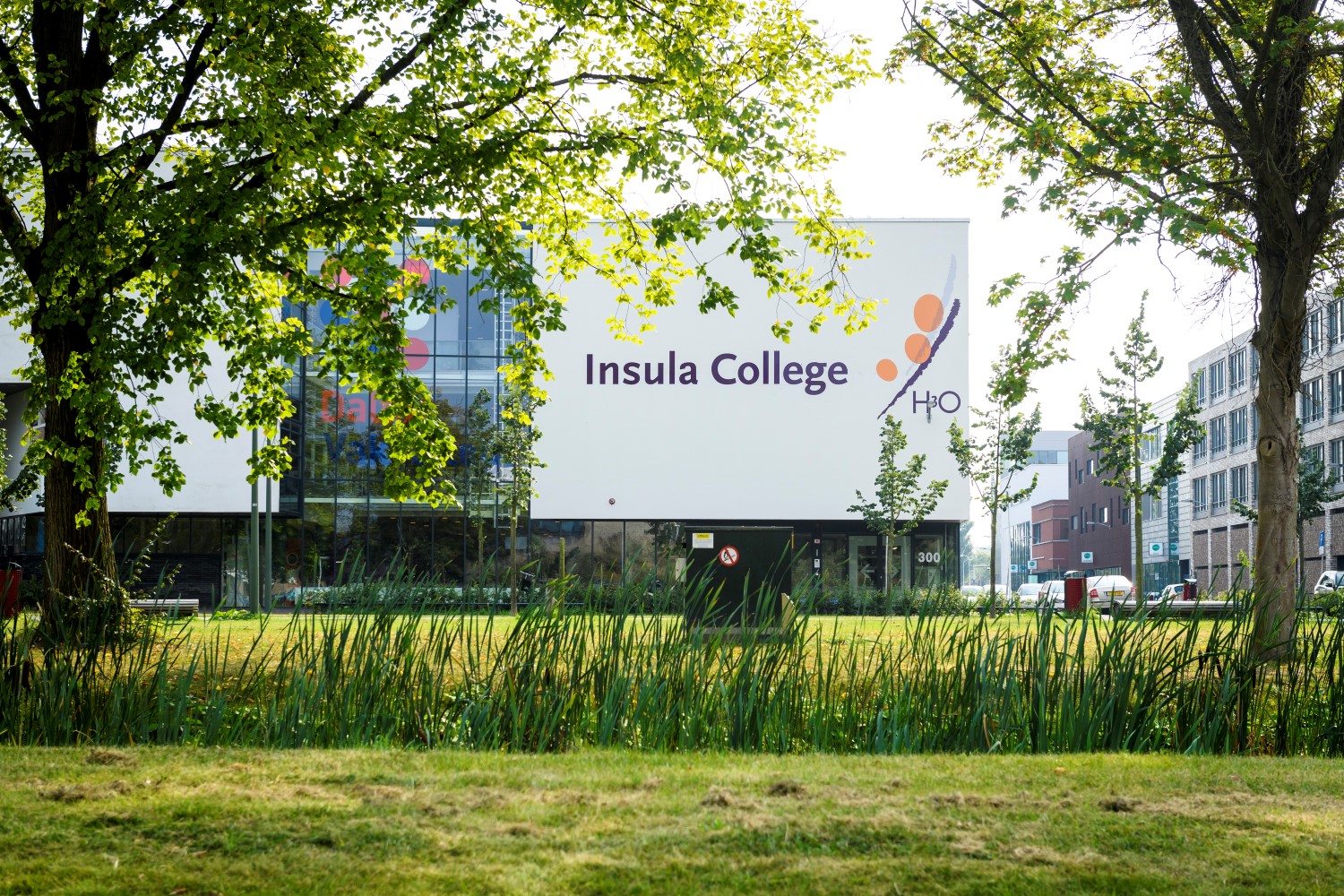 This school for pre-vocational secondary education is situated in the Leerpark of Dordrecht. The theory classrooms of the school are located in the building. The vocational classrooms are in a different place. The two long sides consist of rows of classrooms that can be closed off. Here the focus is on concentration. The central area forms a spatial connection between the floors by means of large voids surrounded by the collective spaces. The students will experience this area as the school’s ‘city centre’. Everyone’s paths cross here and every student has a sense of participating in a larger community. Our main aim here is to facilitate visual relationships. The open auditorium is part of the centre and conducive both to spontaneous situations and organised gatherings, which can be watched from the various floors. 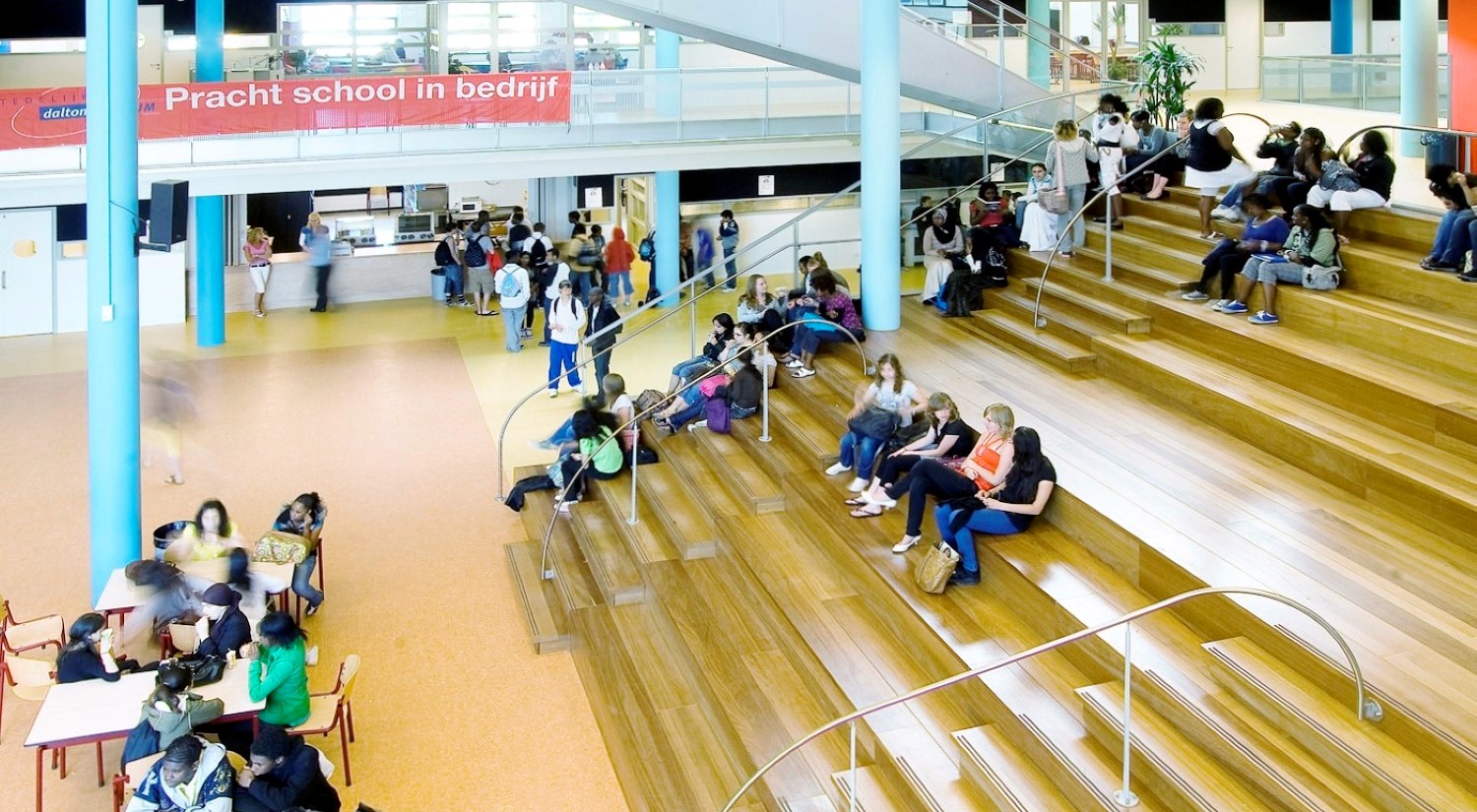 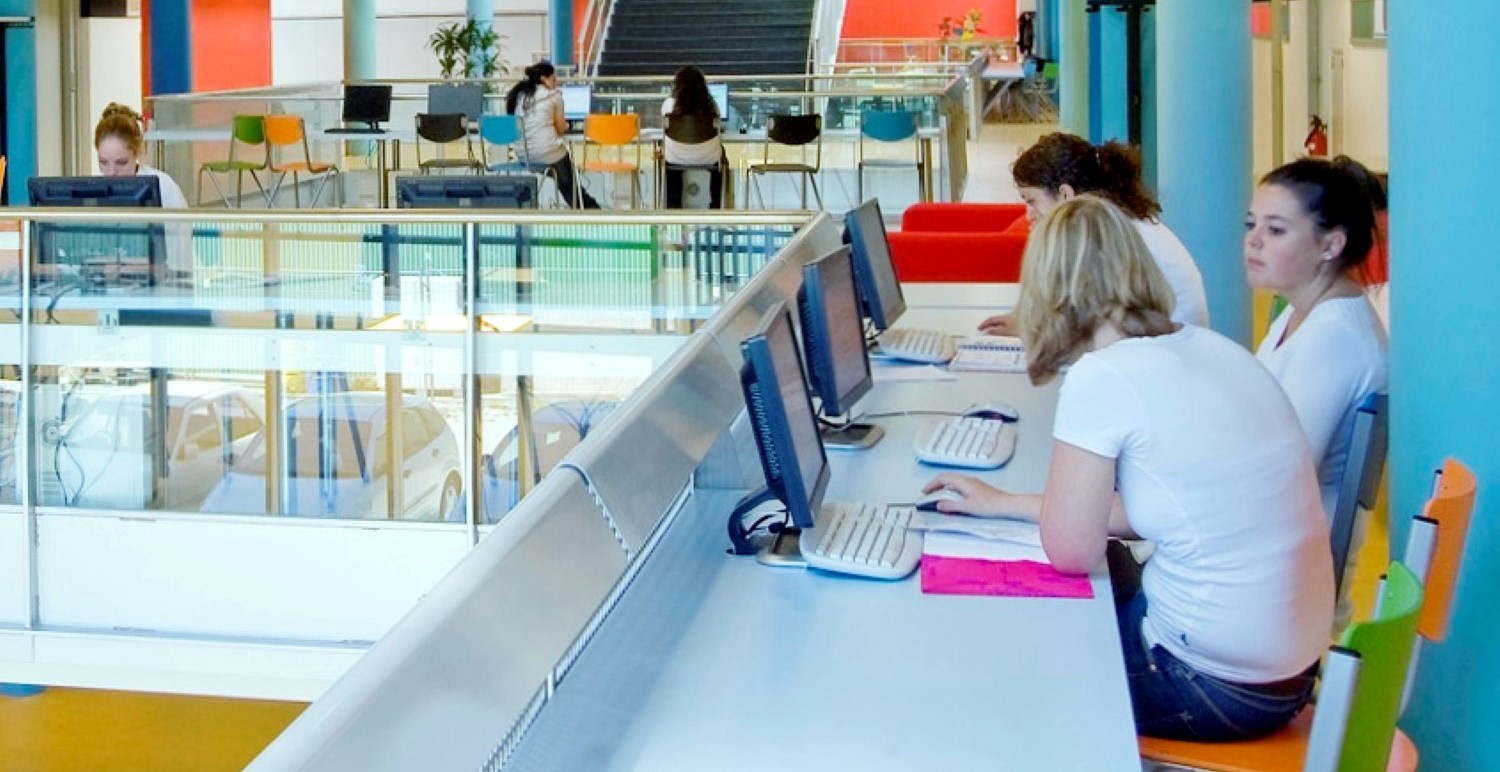 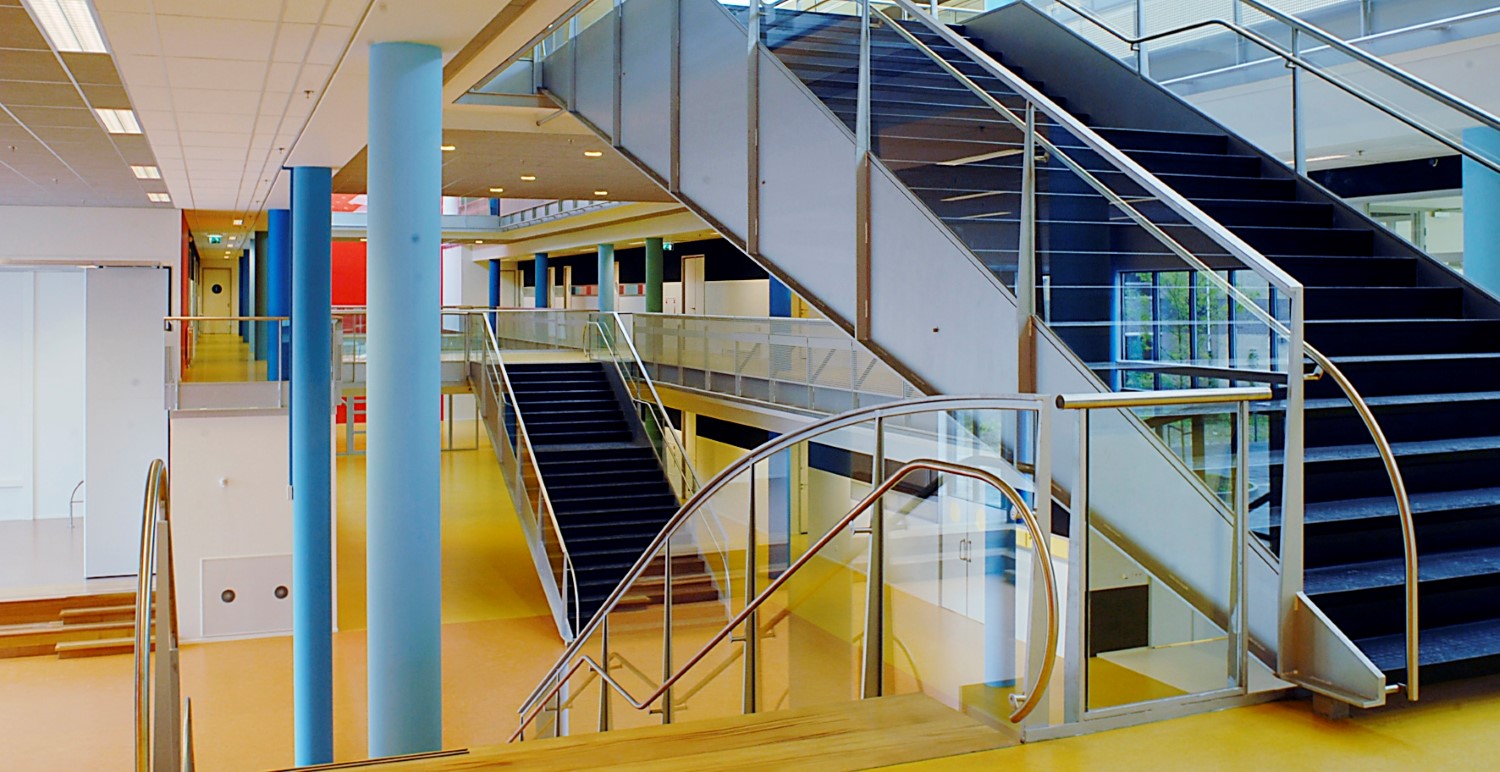 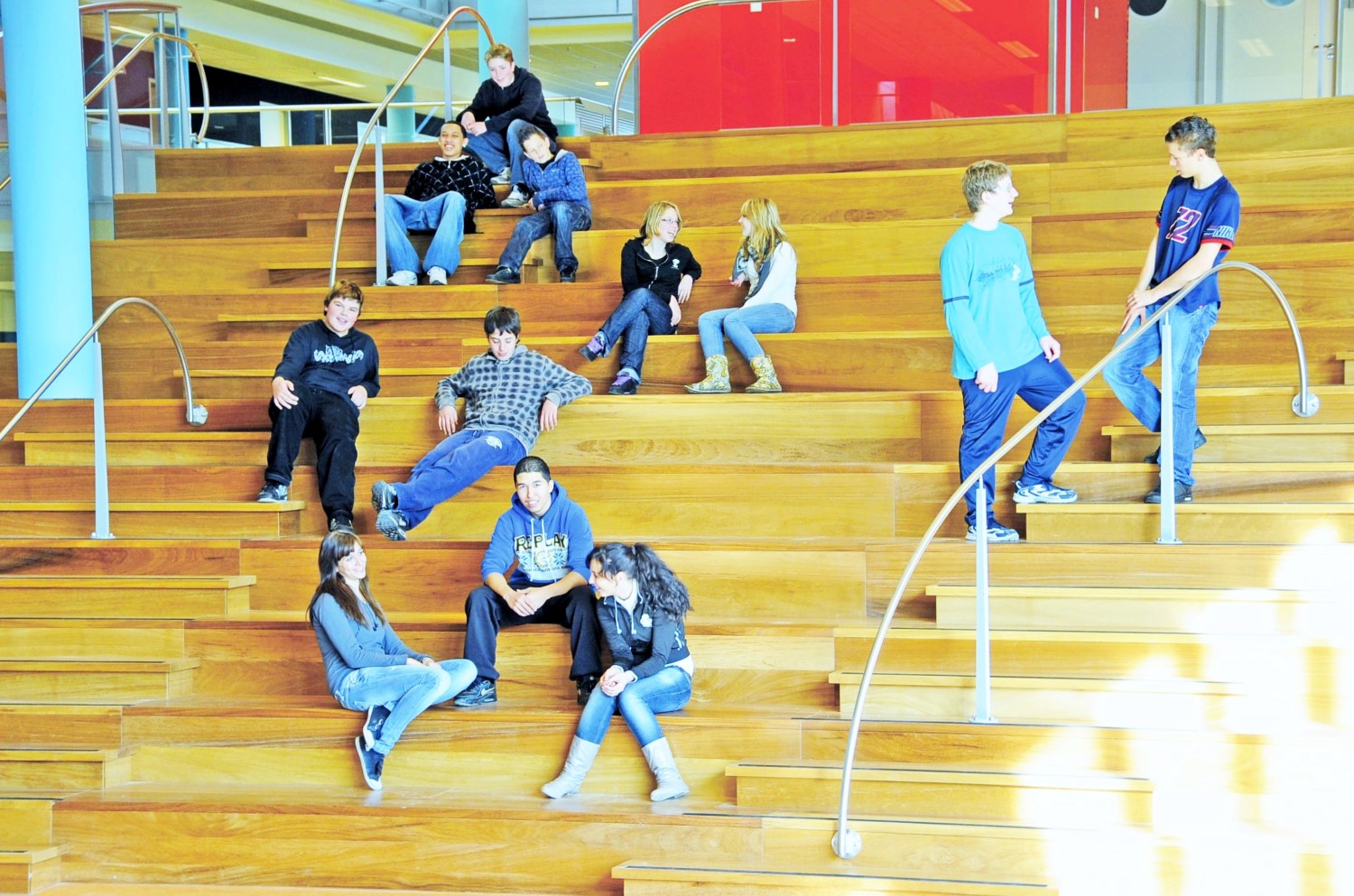 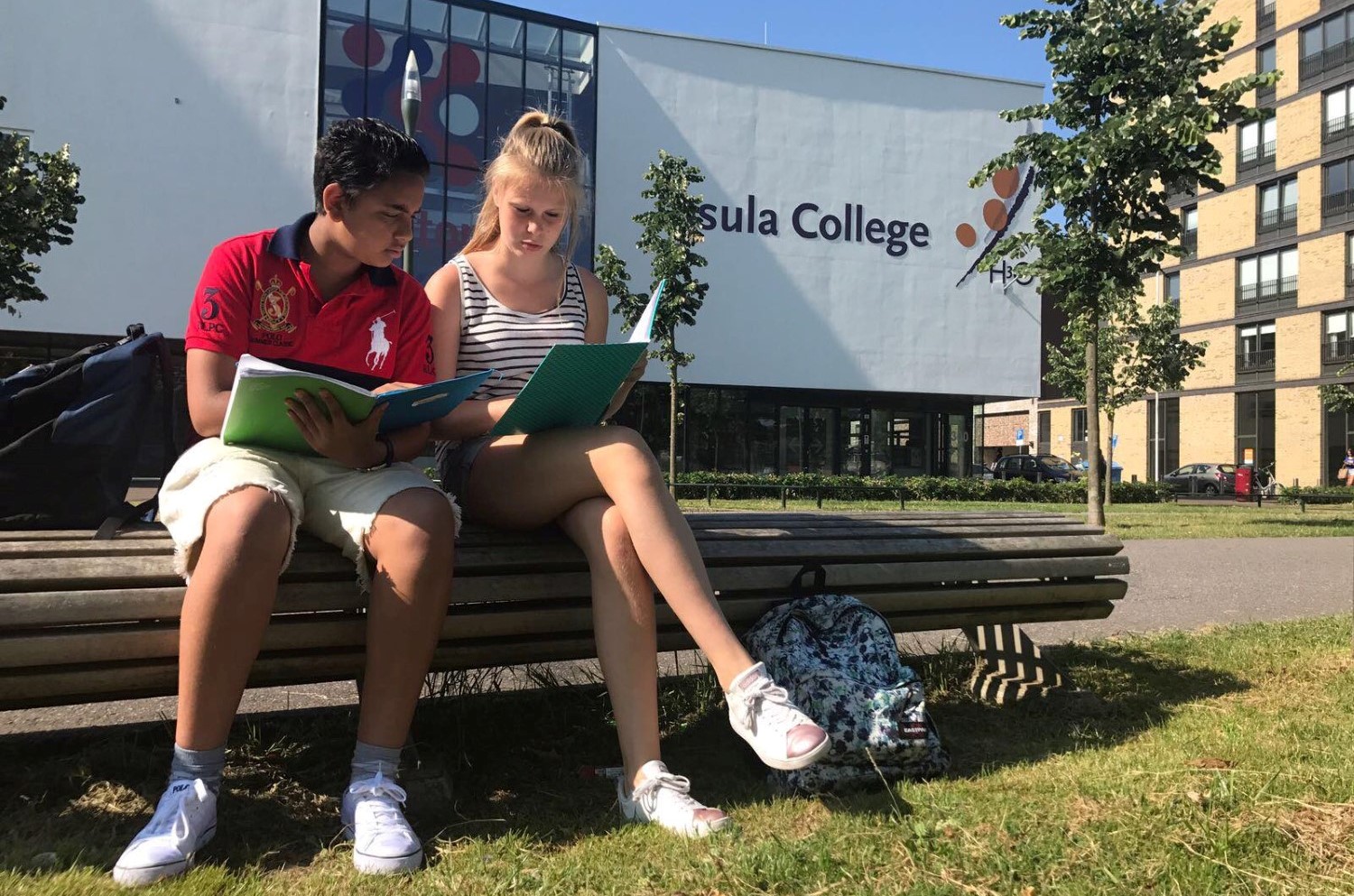 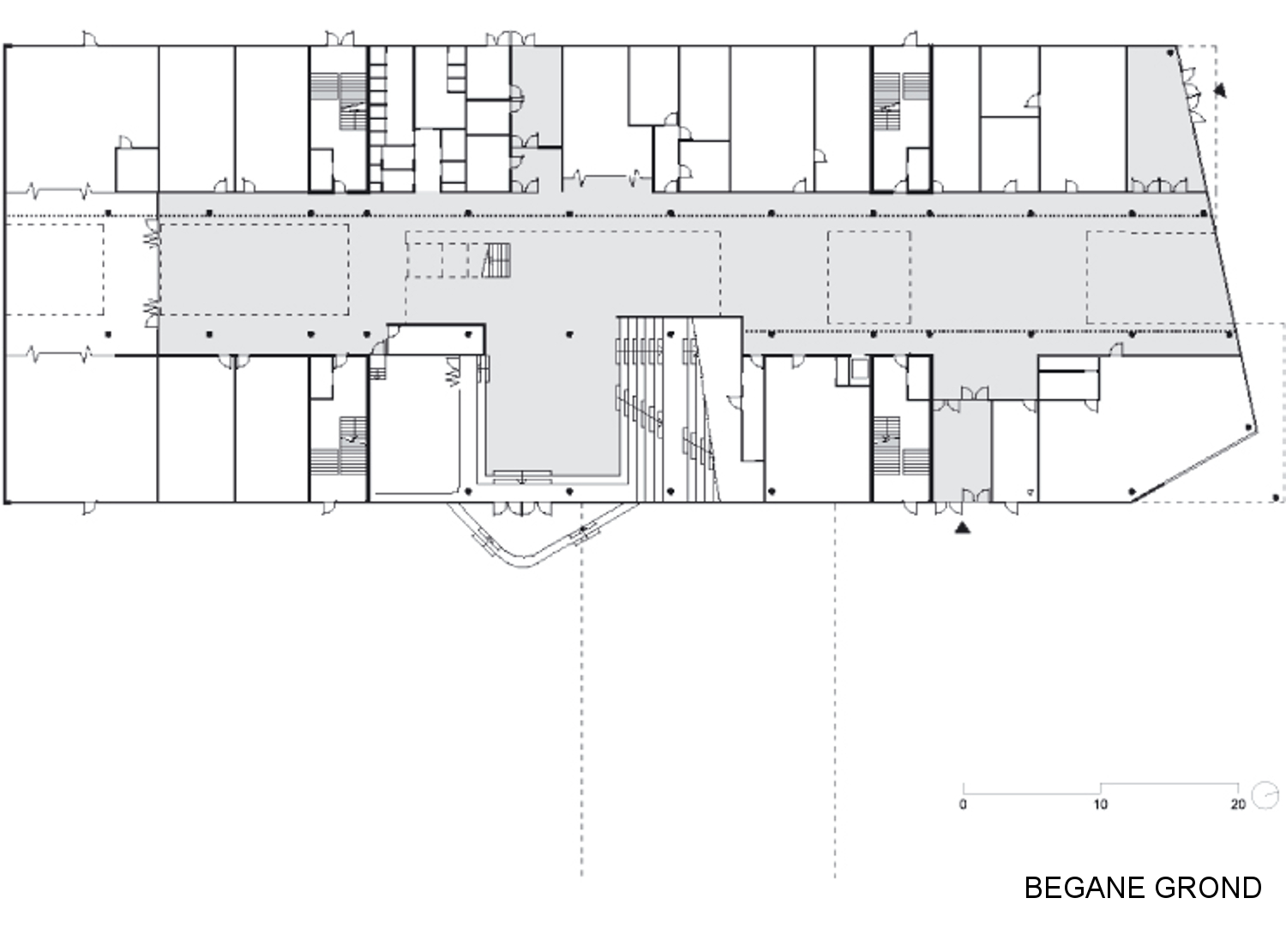 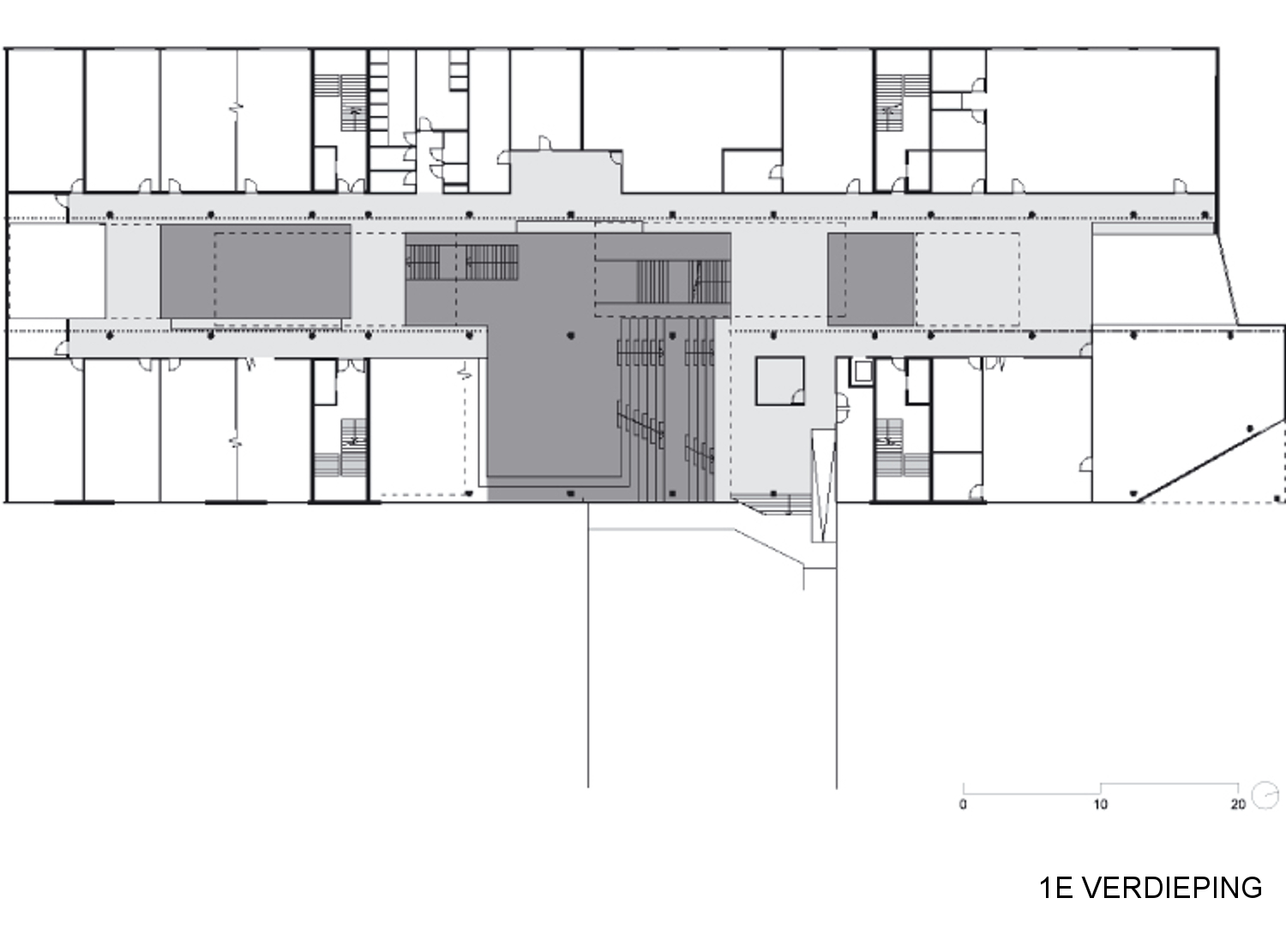 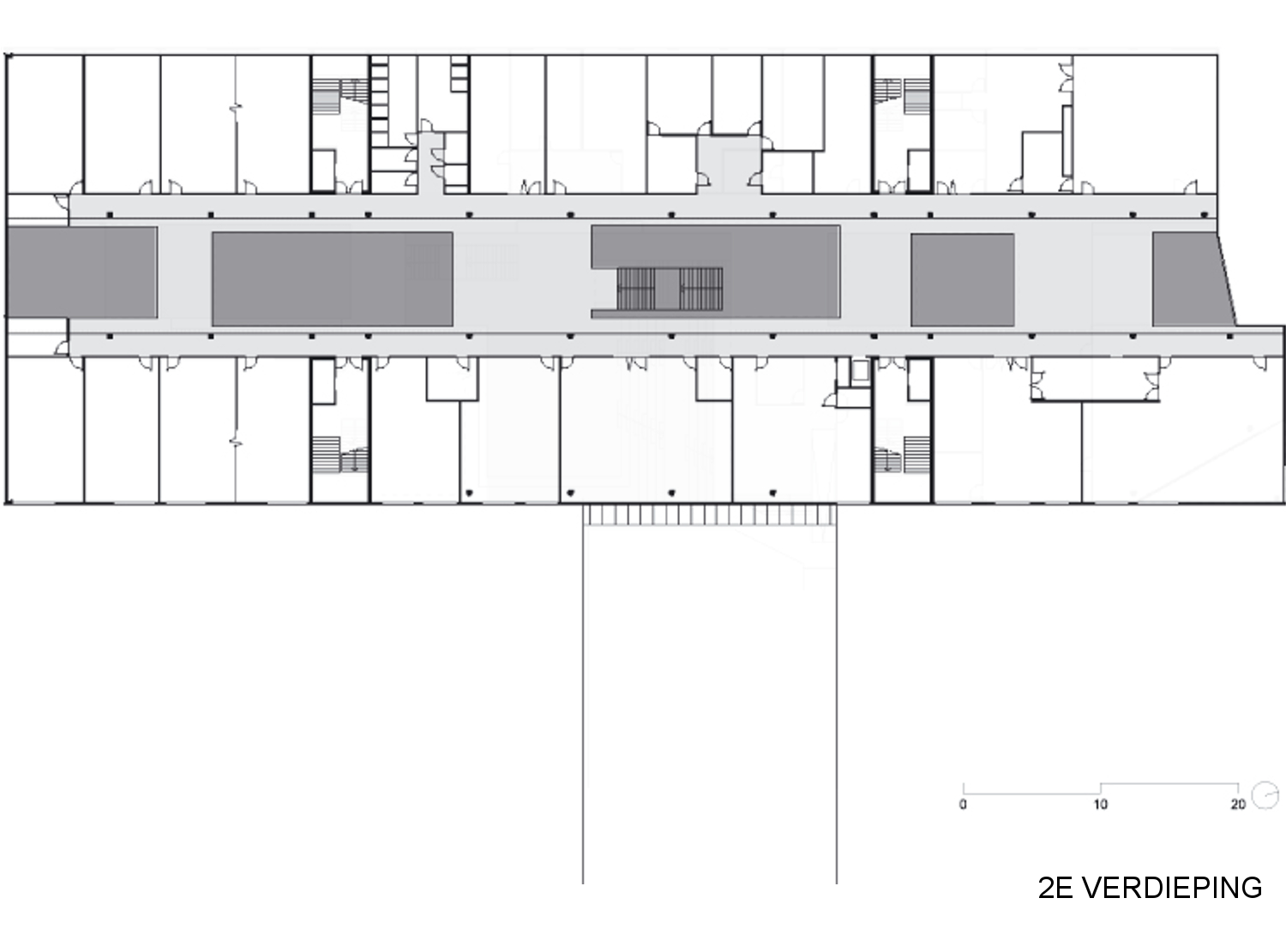 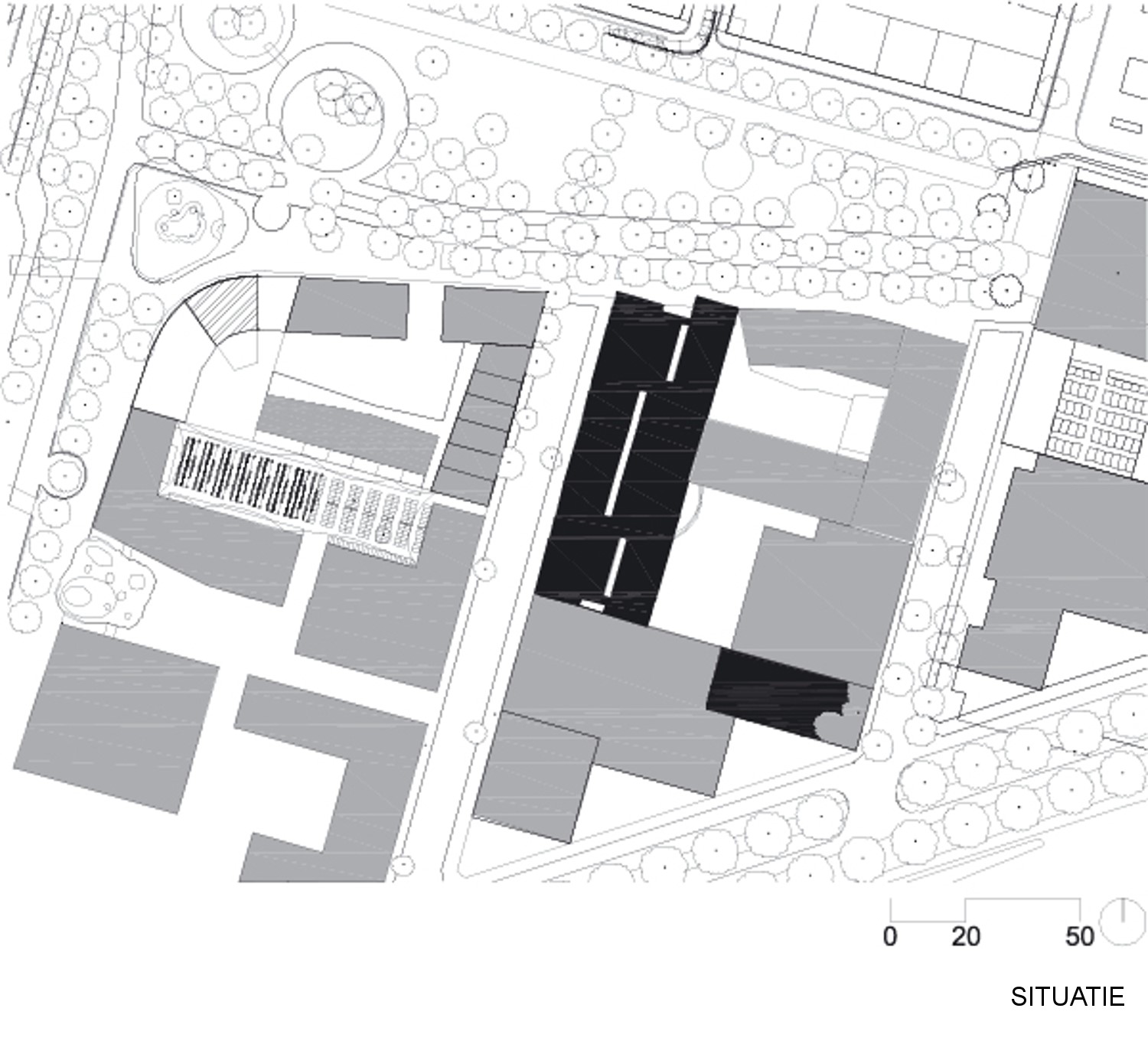