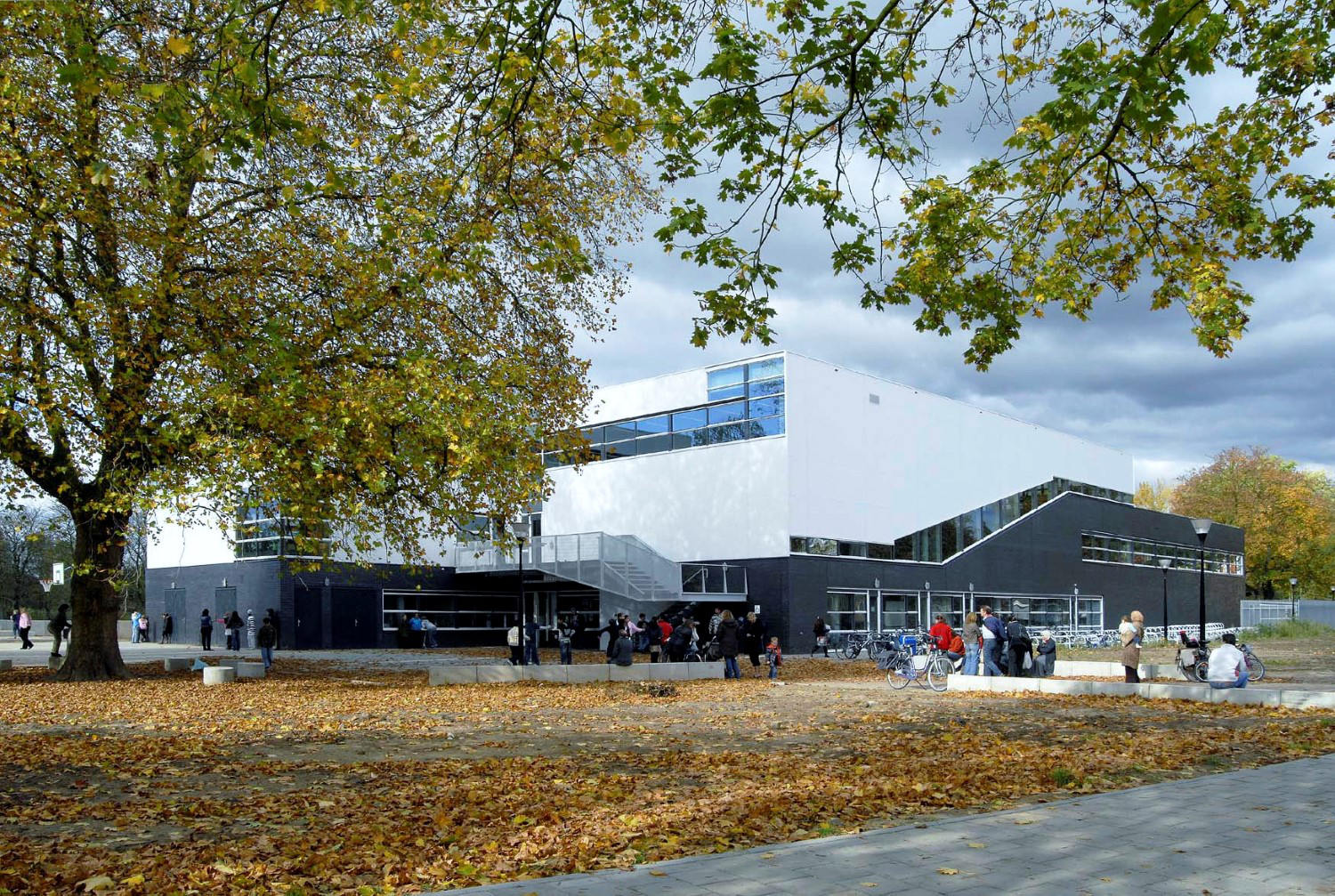 This extended school is a self-enclosed building in a city park. Next to the elongated block with the two schools and the day-care centre – in other words, all the autonomous organisations − there is a second structure, deliberately separated from the first by a ‘light-street’, 1.5 metres wide, which contains all the more public and neighbourhood-oriented activities. All the different sections are accessed from the ‘public block’, which as a whole rather resembles a city square, and which is always buzzing with activity.

It is not until one reaches the first floor that one experiences the sense of spaciousness that belongs with this concept. Here, glass concertina partitions make it possible to open up all the rooms belonging to the public programme, such as the extra dual-purpose rooms, as well as the local community club room, into one large articulated hall or interior square for communal activities. An extension can be added by lengthening the building block. 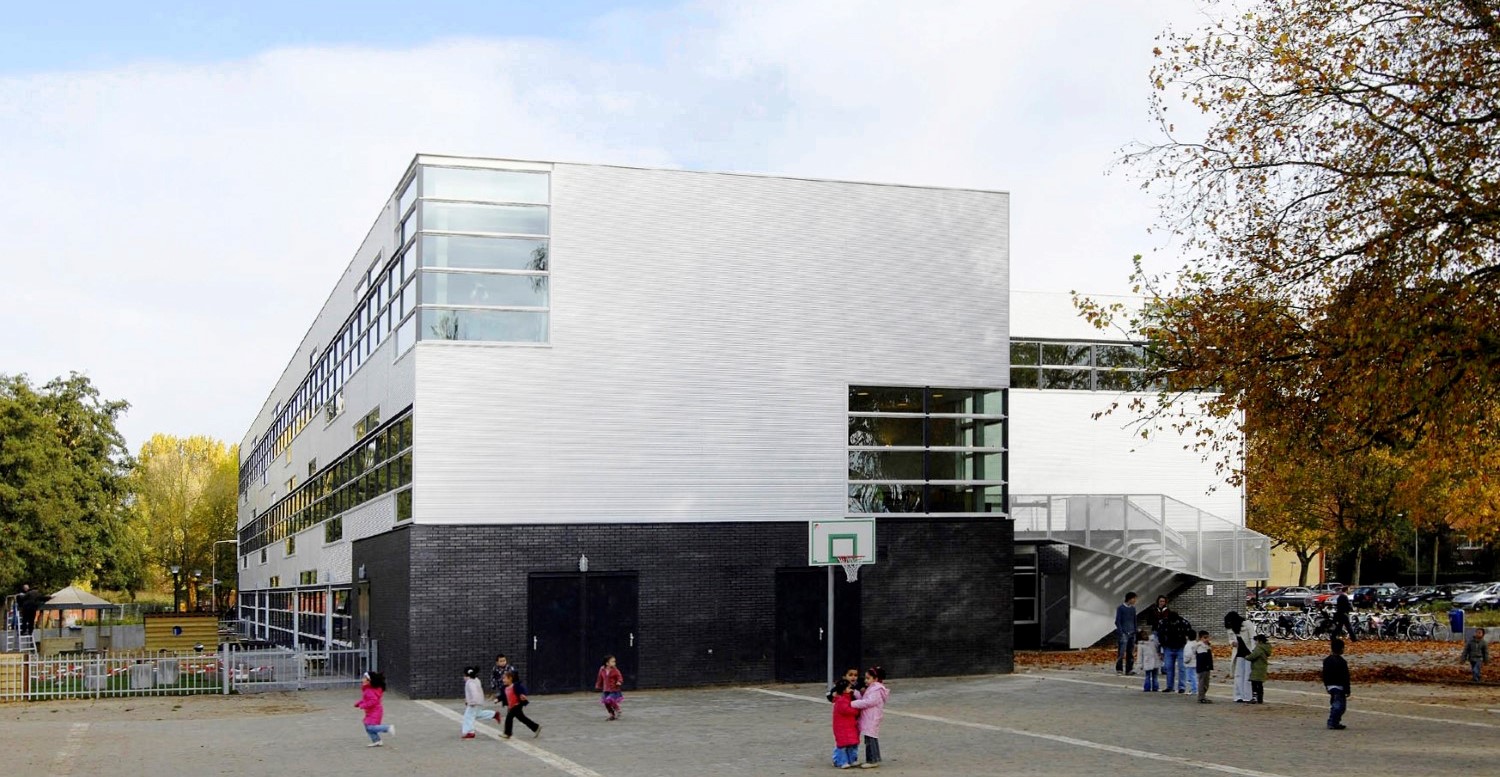 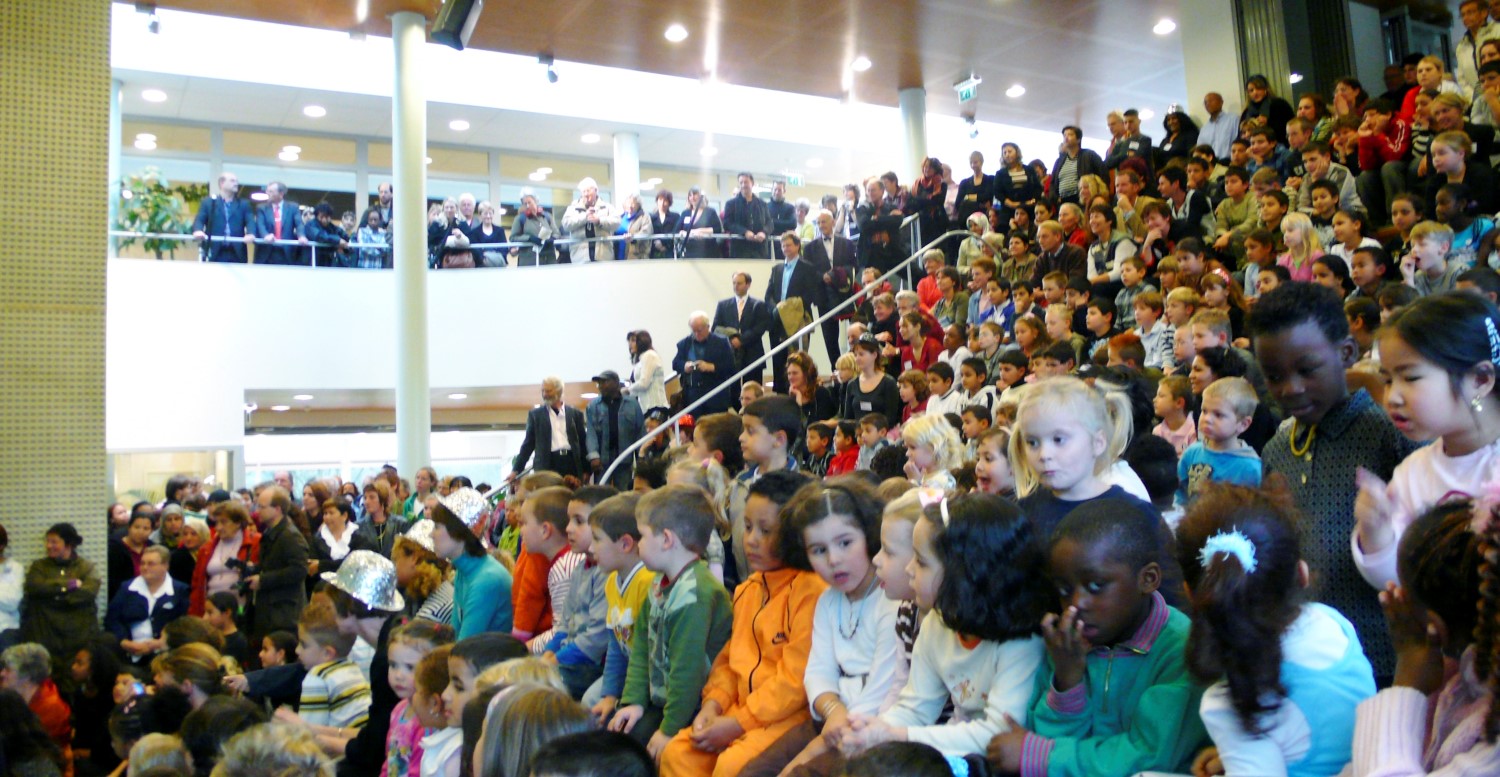 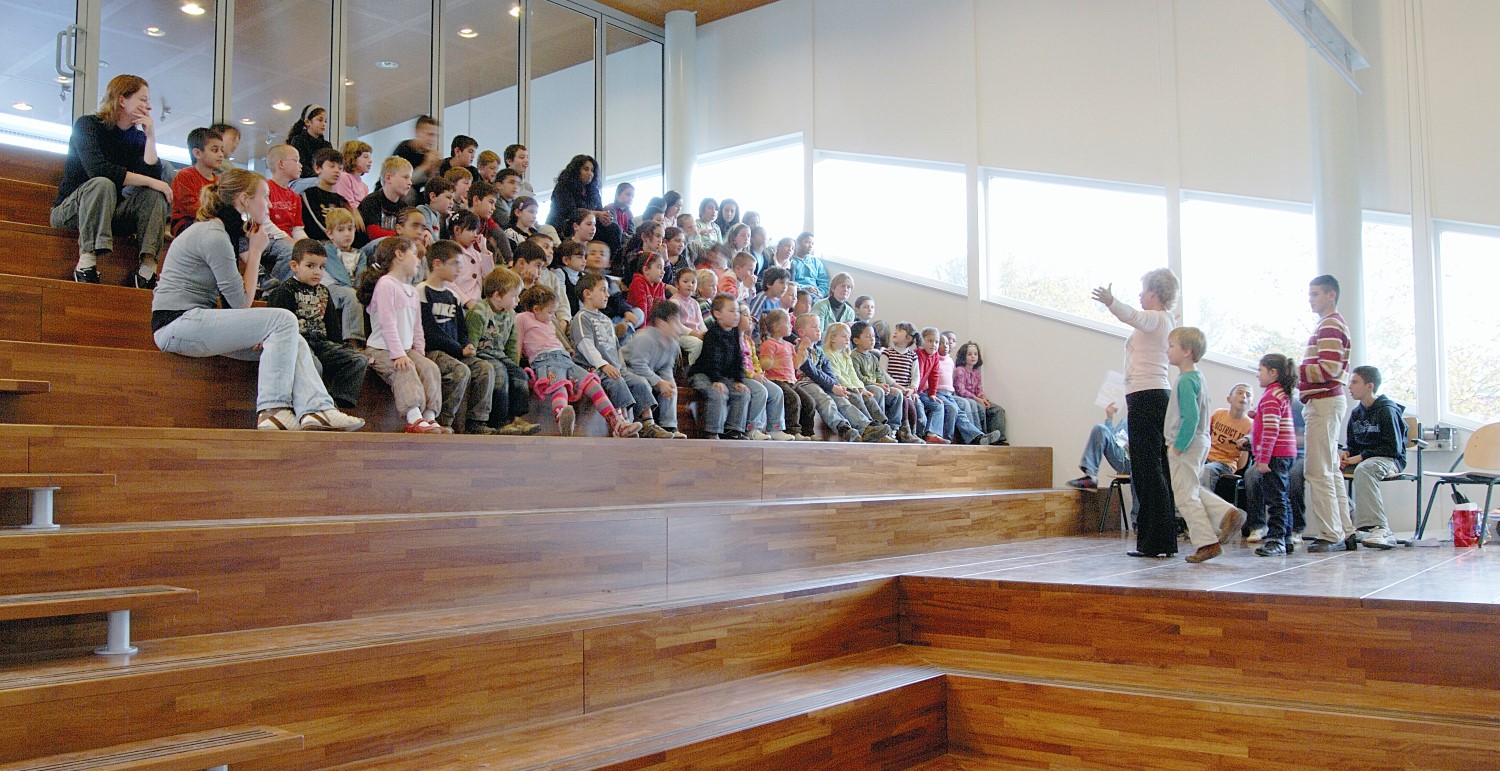 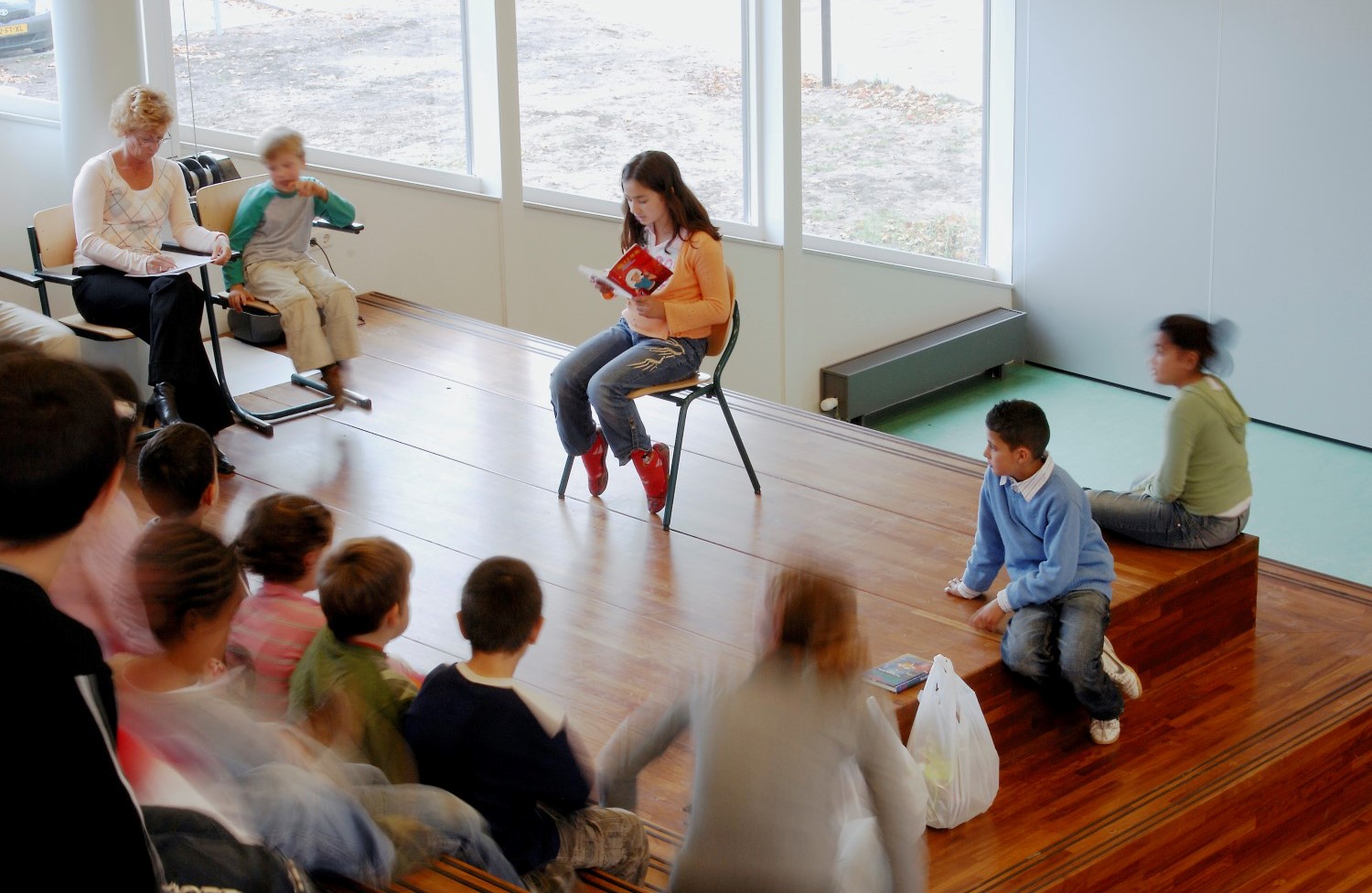 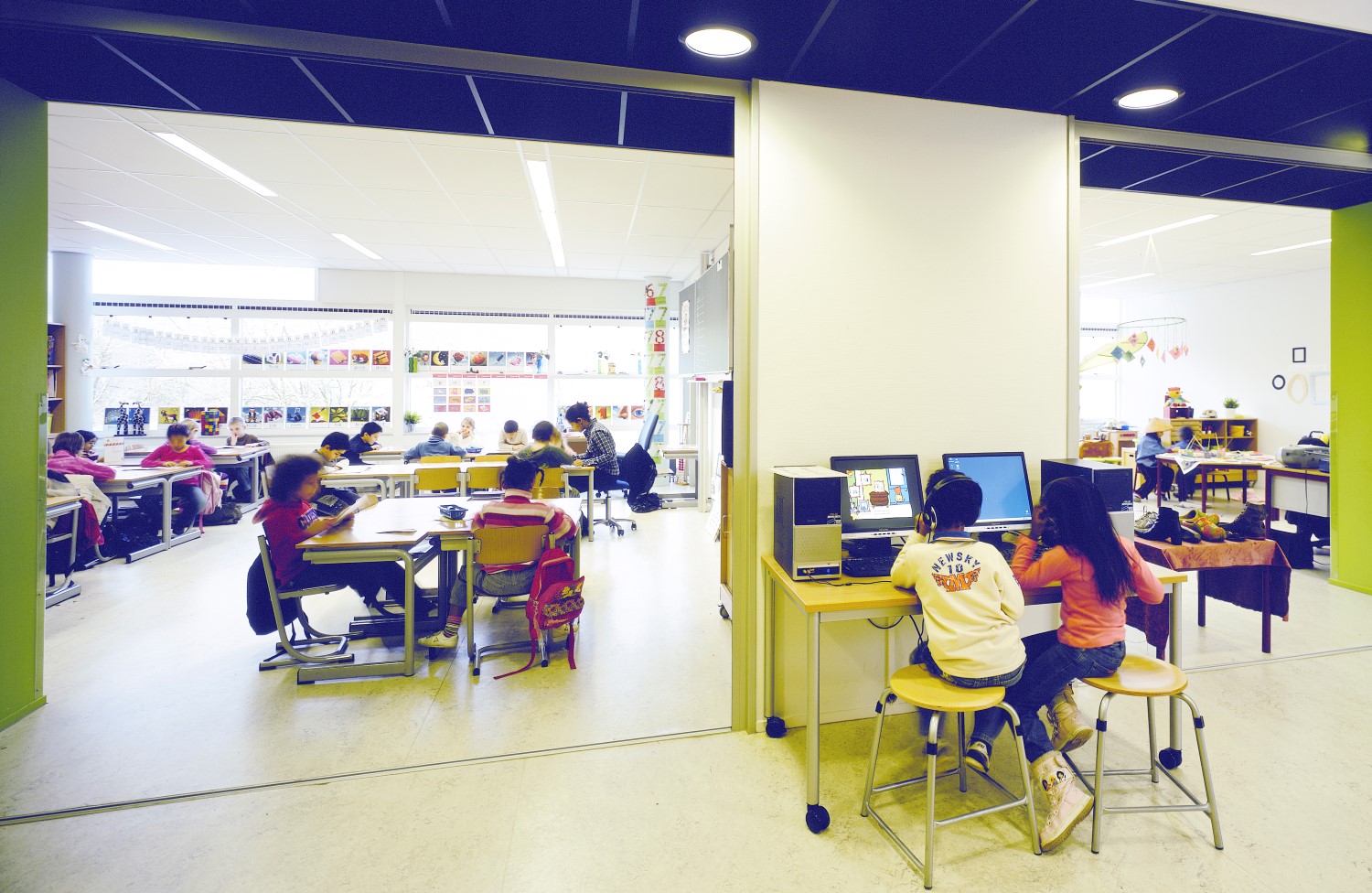 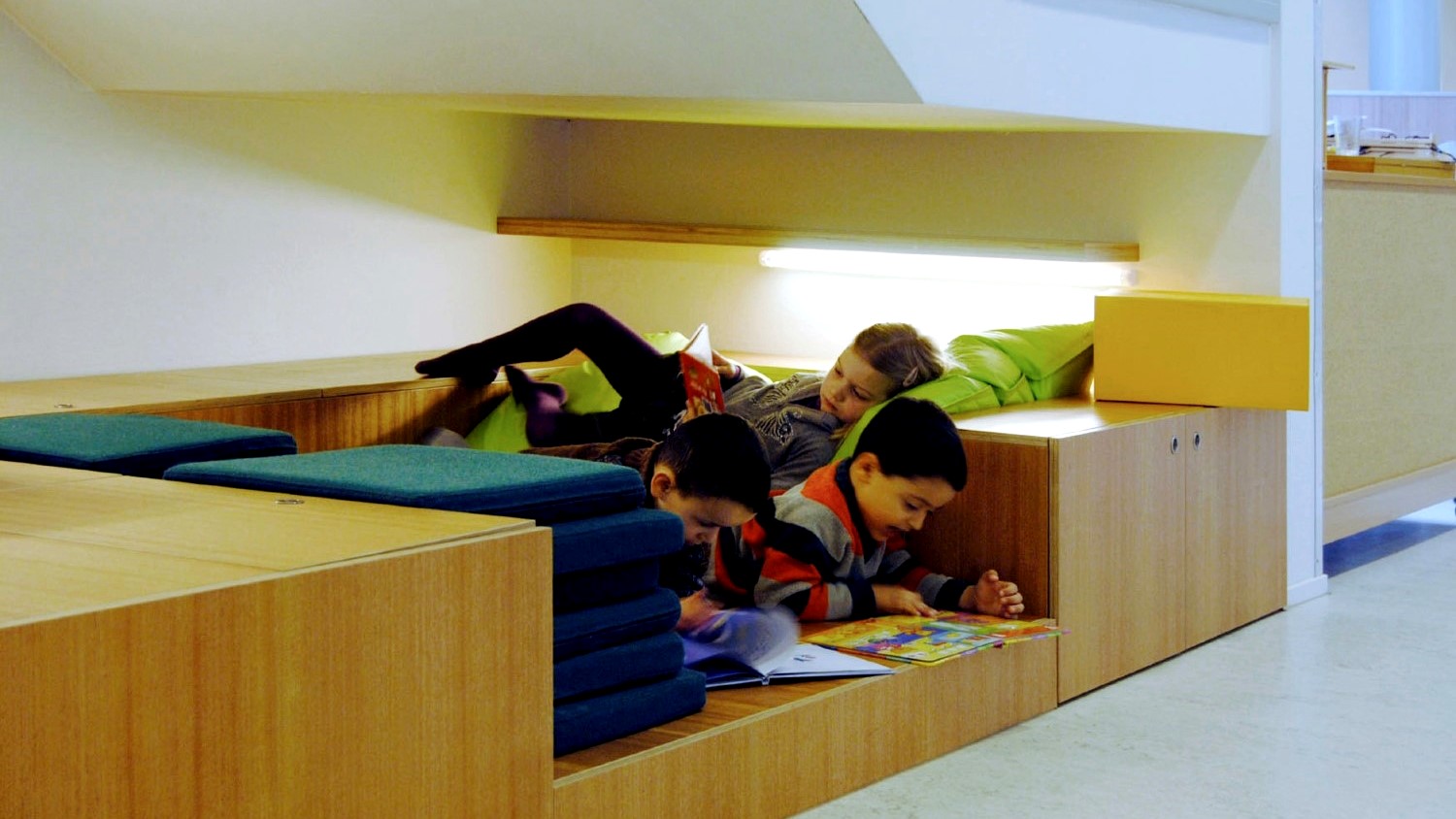 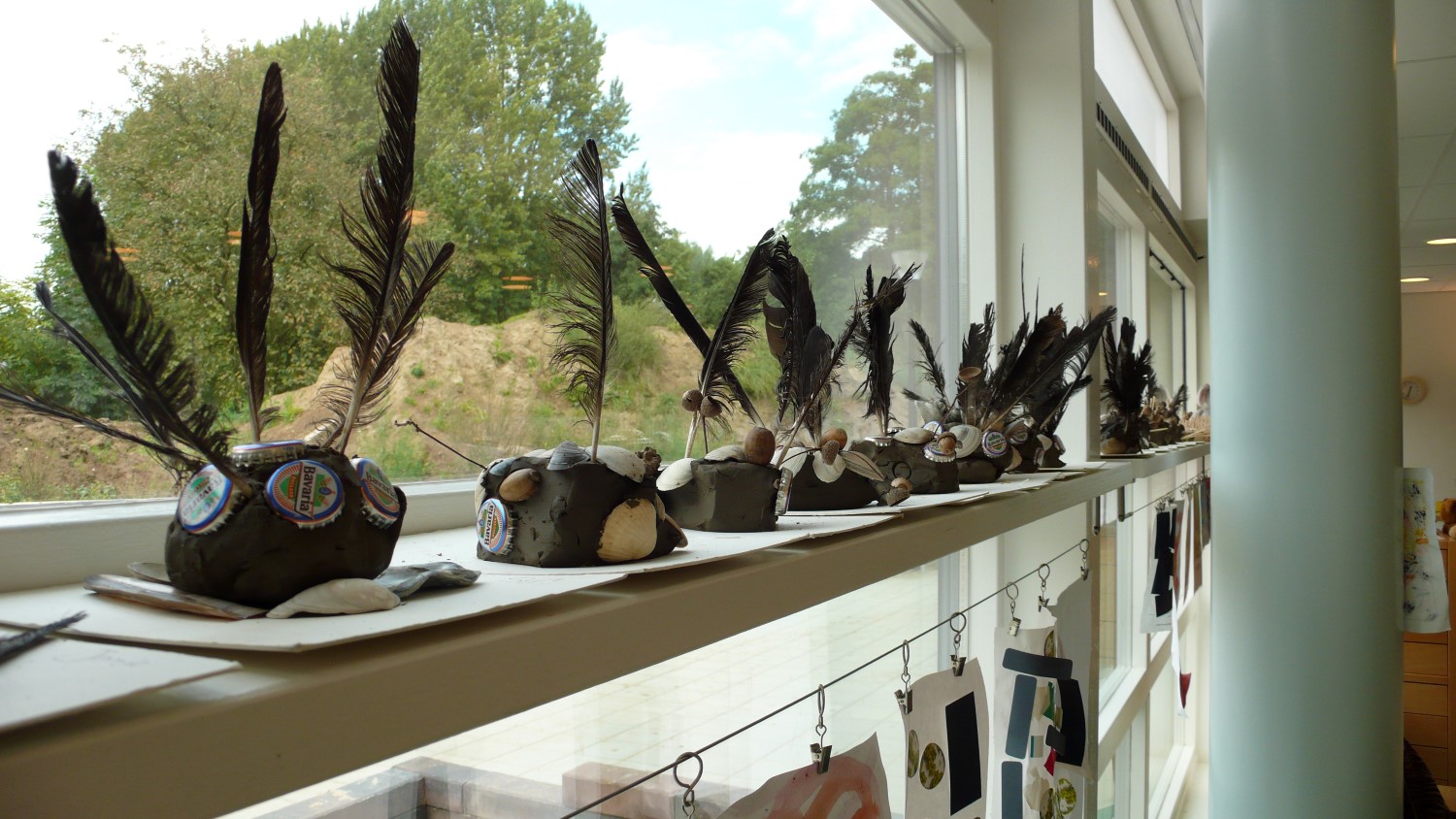 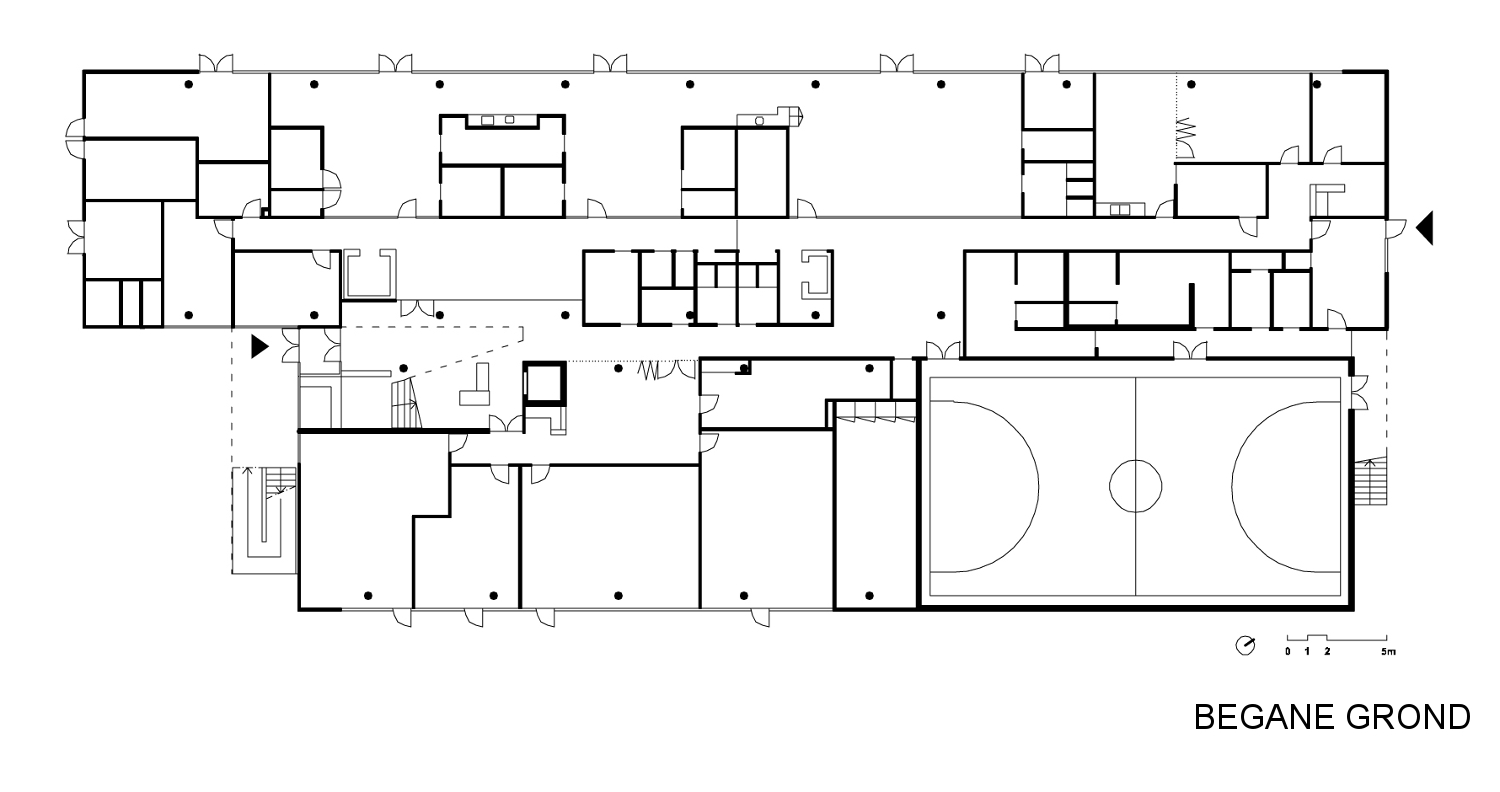 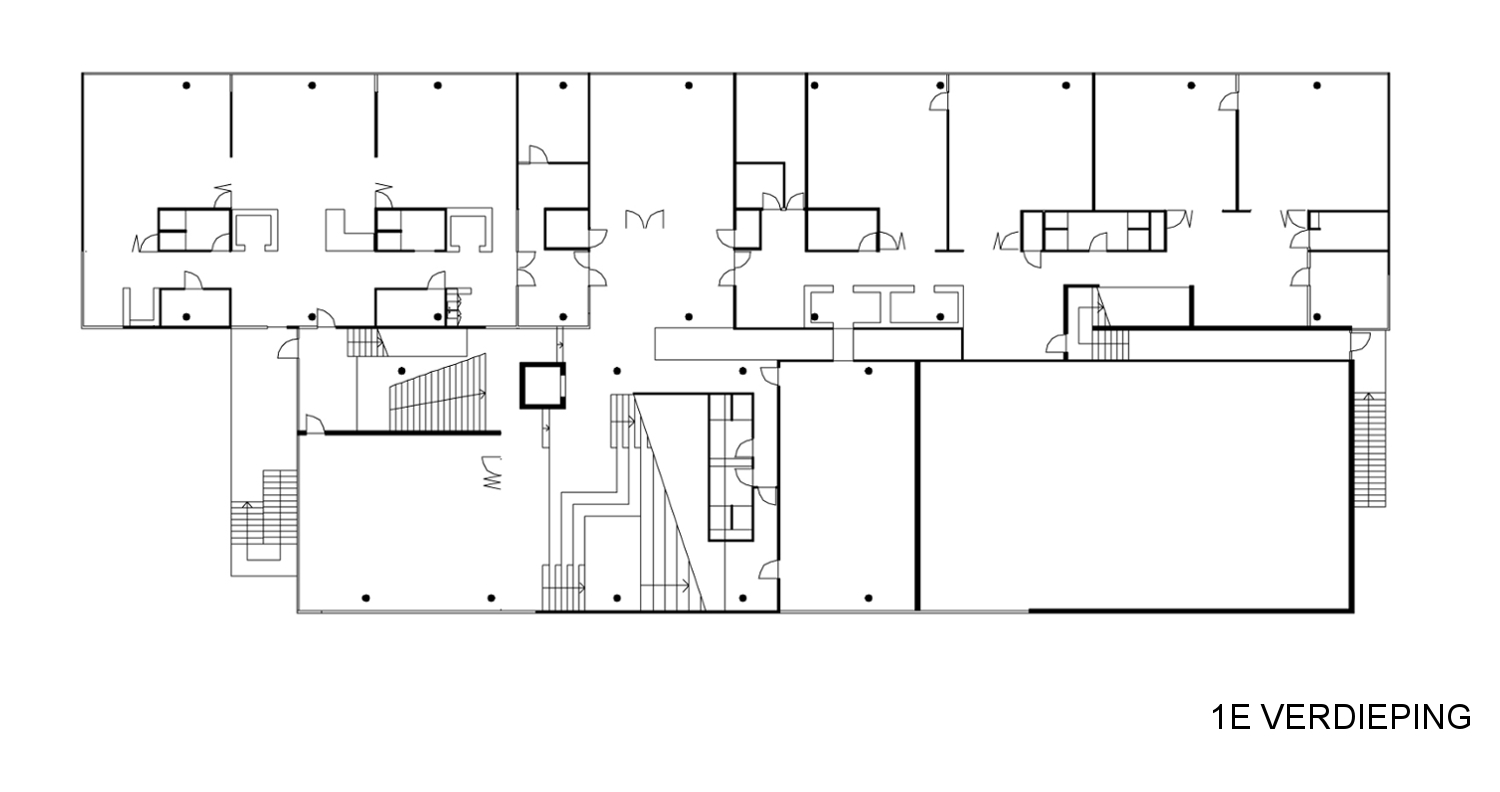 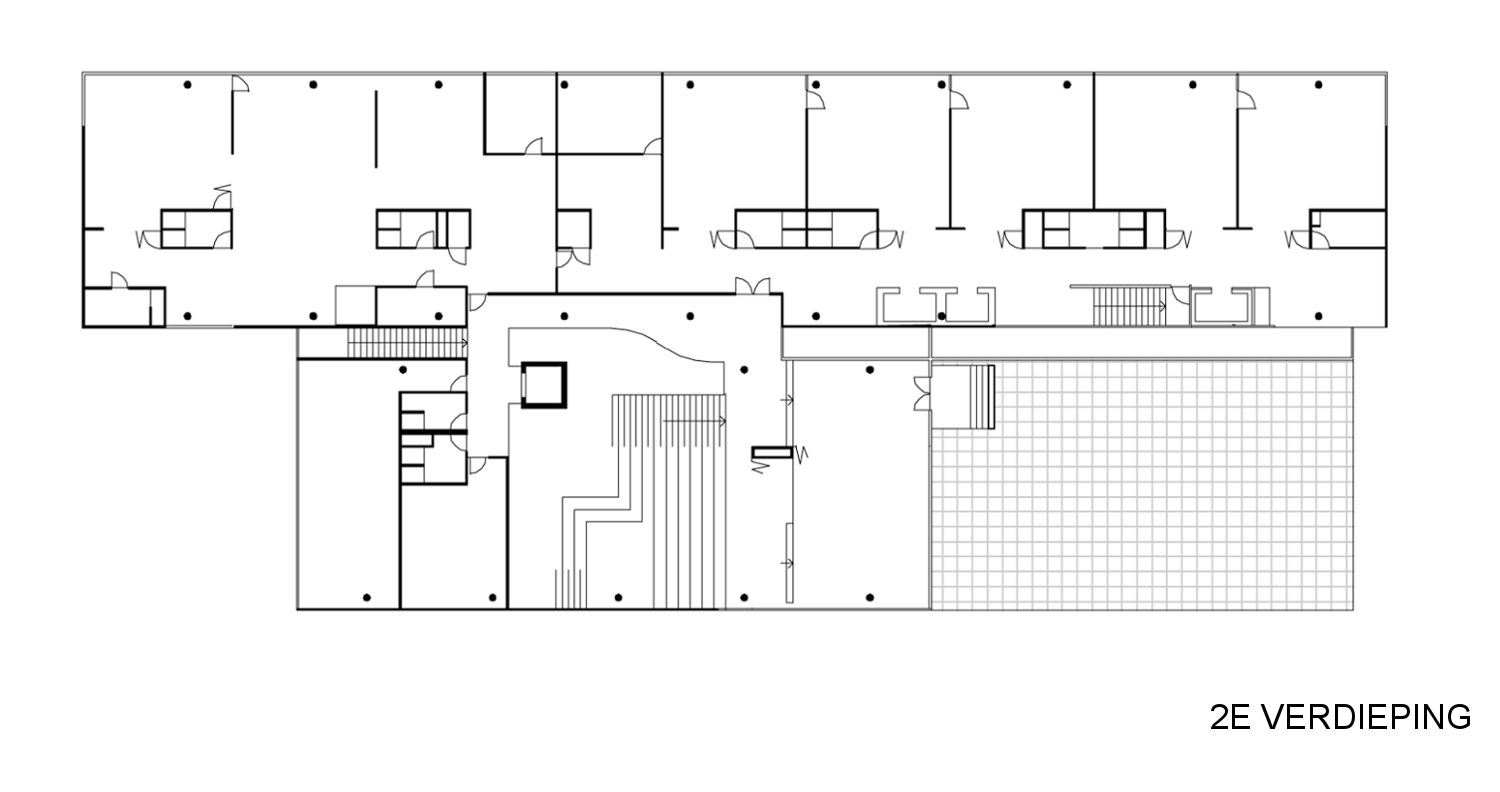