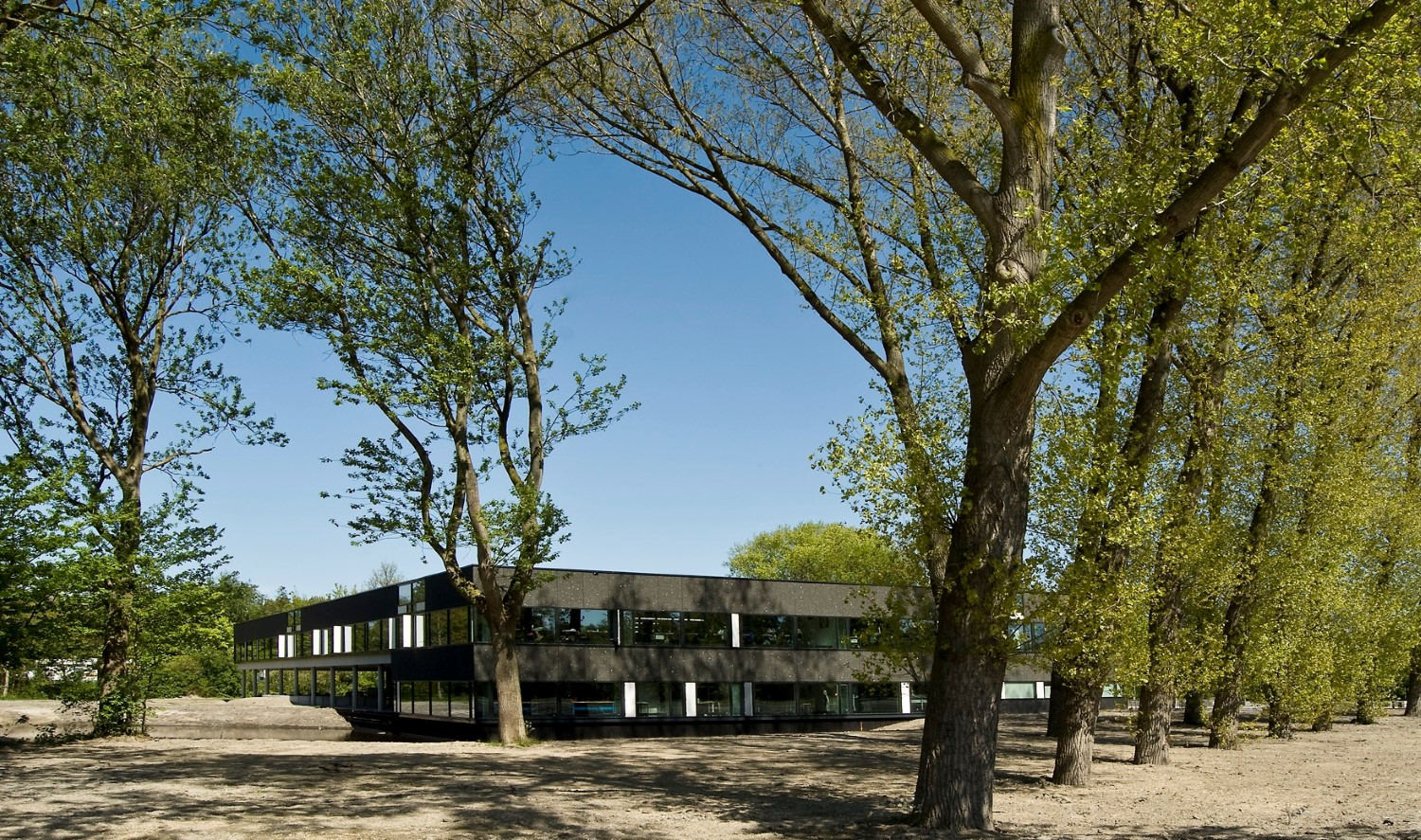 This building of the Stedelijk Gymnasium Leiden is a freestanding pavilion in the park. Since the school does not have any grounds of its own, the ground floor was built as much as possible in a recessed design, leaving room for parking space and on the south side an outdoor area for pupils beneath the building. The classrooms constitute the periphery of the first floor. The space within this is one large learning landscape, articulated by fixed elements and divided into domains and grouped around the large double-height space of the central area, which can as a whole fulfil the function of assembly hall, whereby both the open staircase in the middle and the encompassing balustrade of the first floor can be used as ‘balconies’. This organisation makes the building into a prototype of a completely corridor-less school with large learning squares outside the classrooms. Initially part of the floor was lower, giving the building a large sheltered outdoor space on the roof. 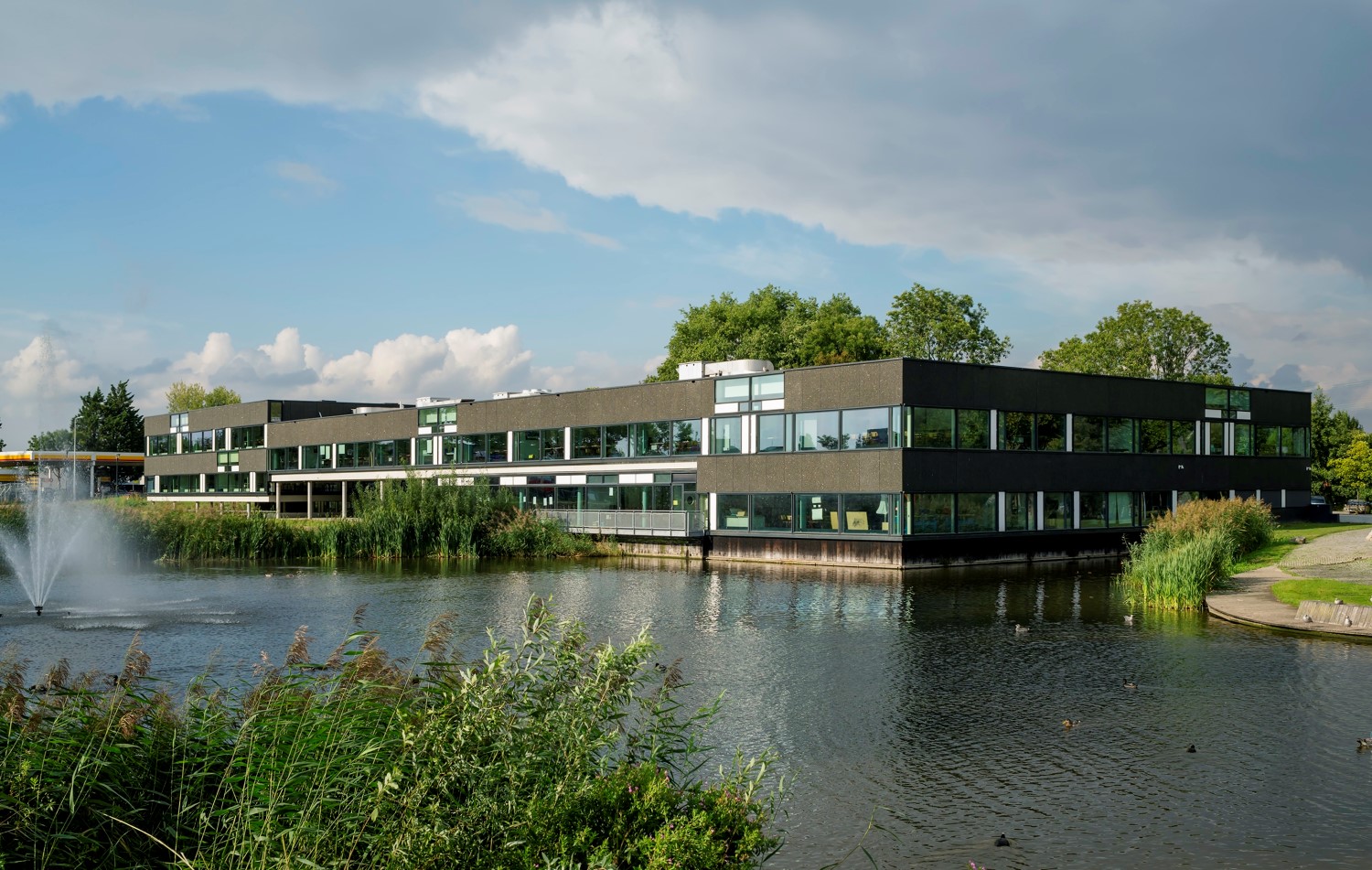 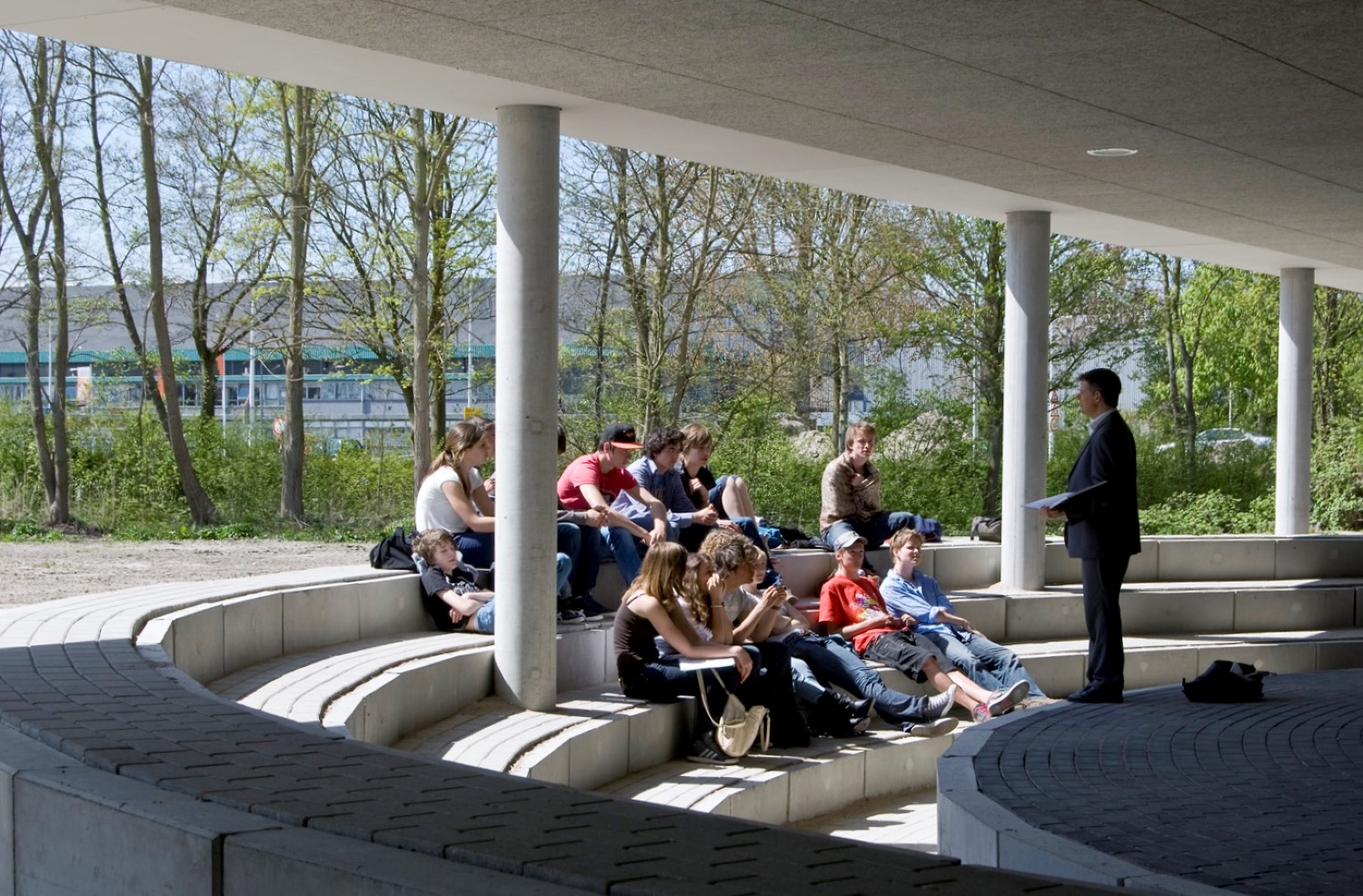 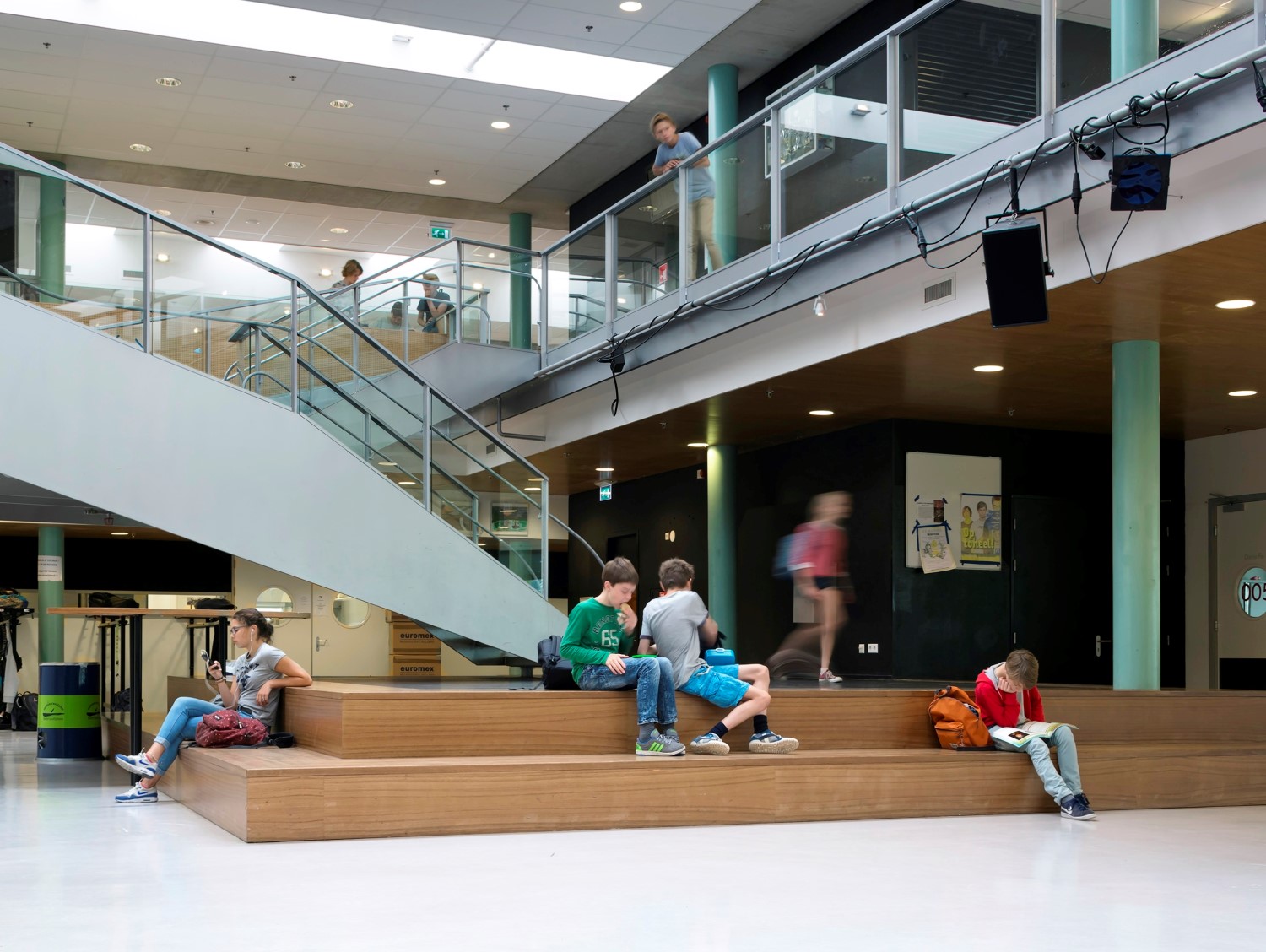 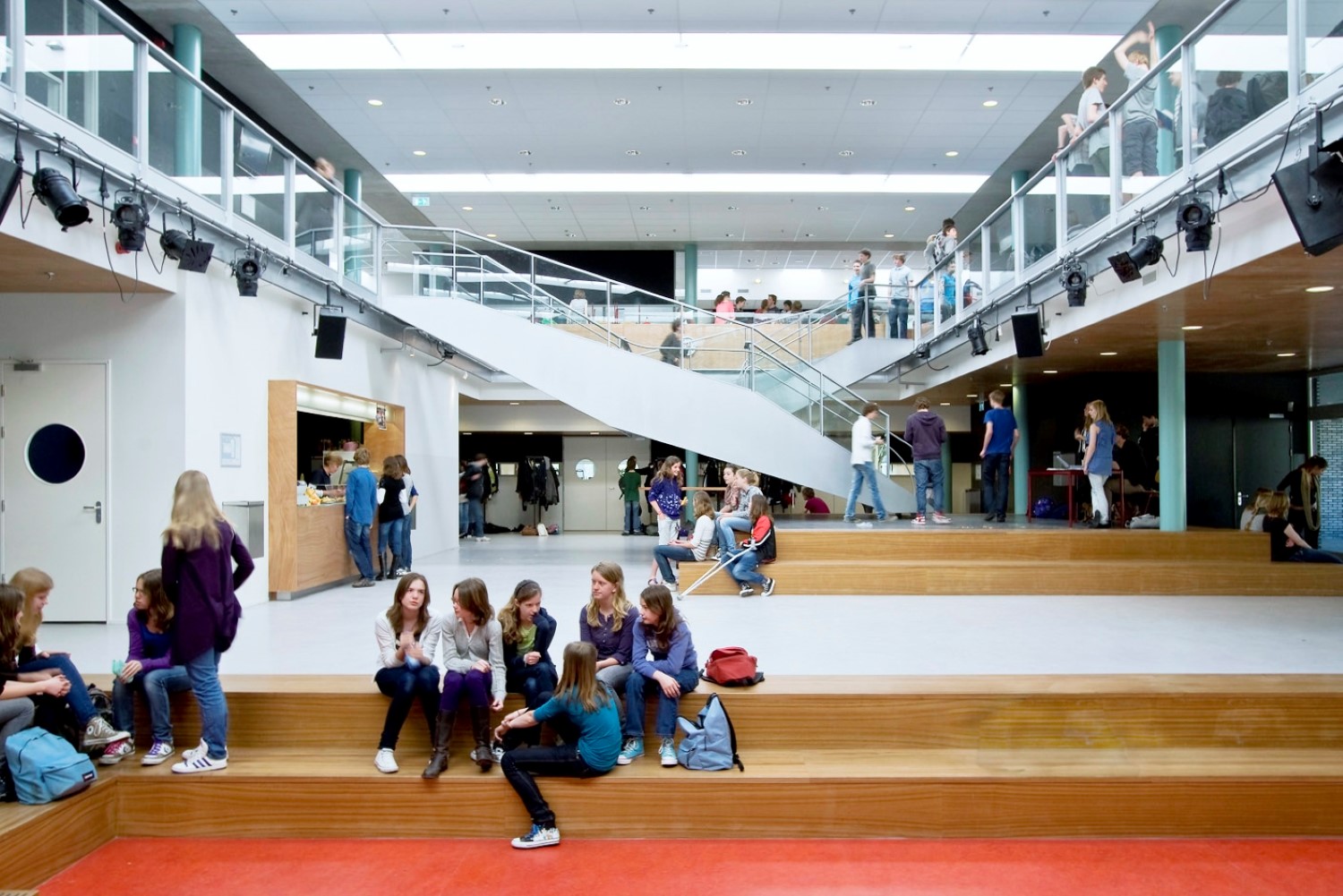 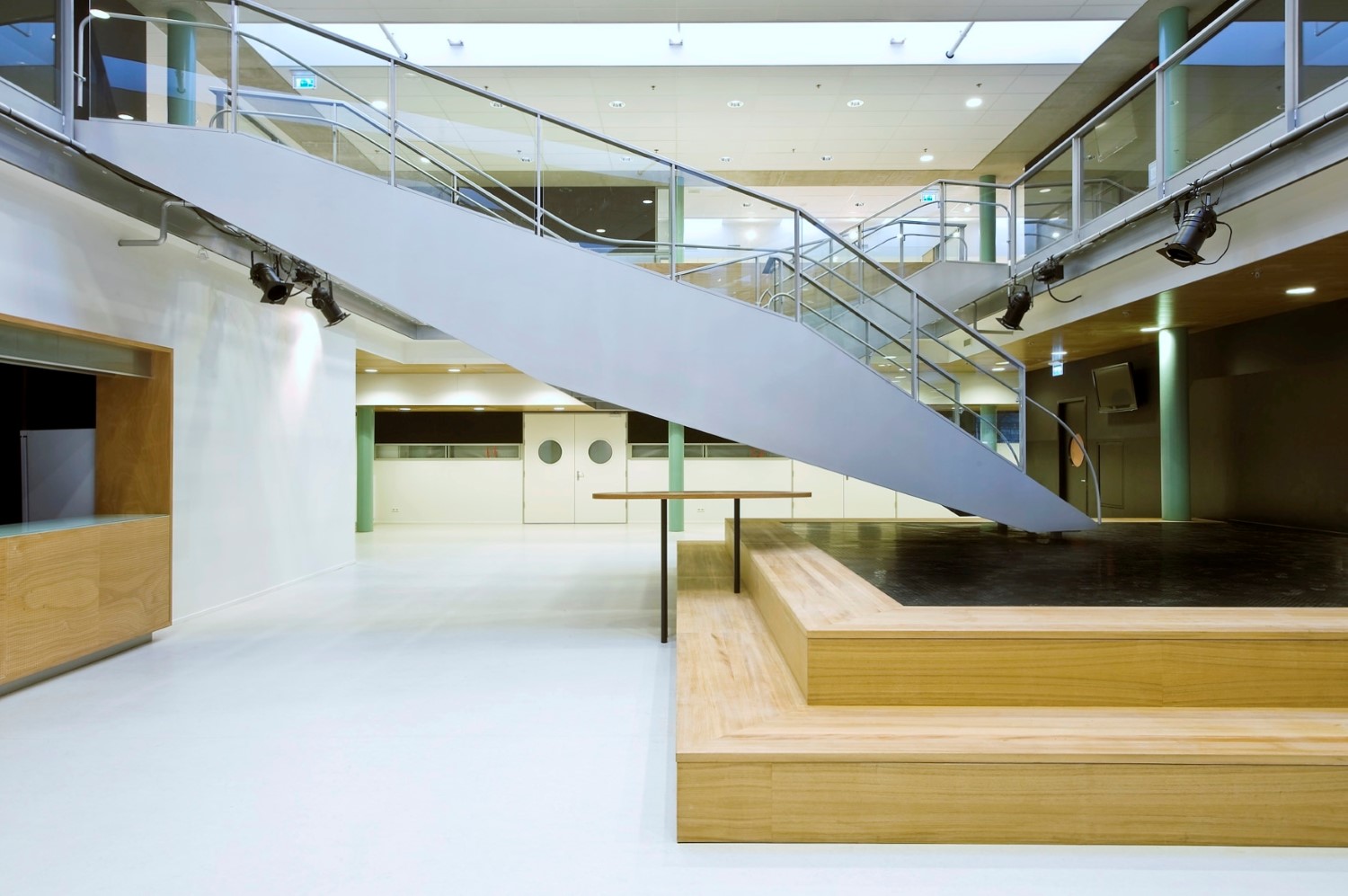 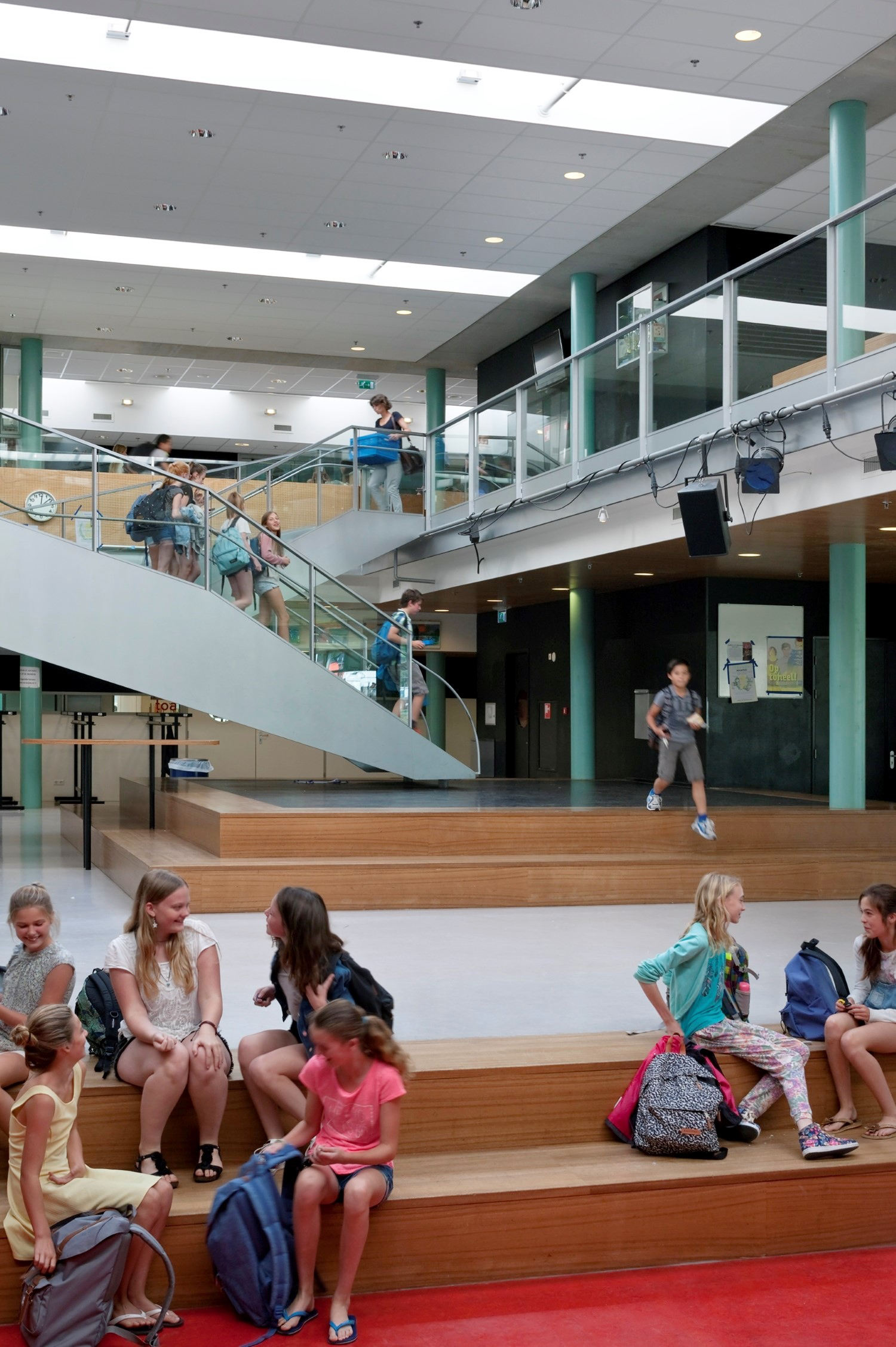 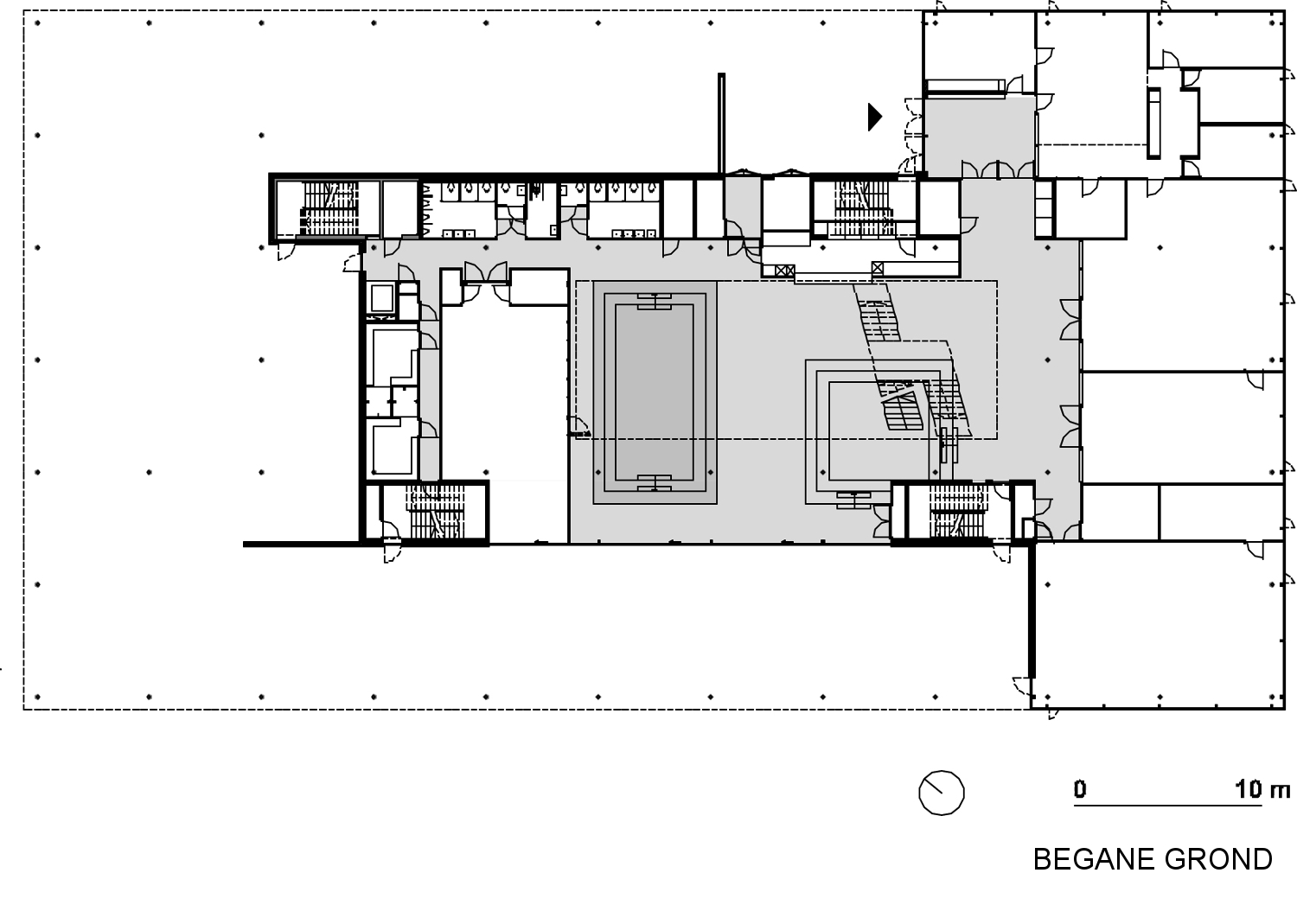 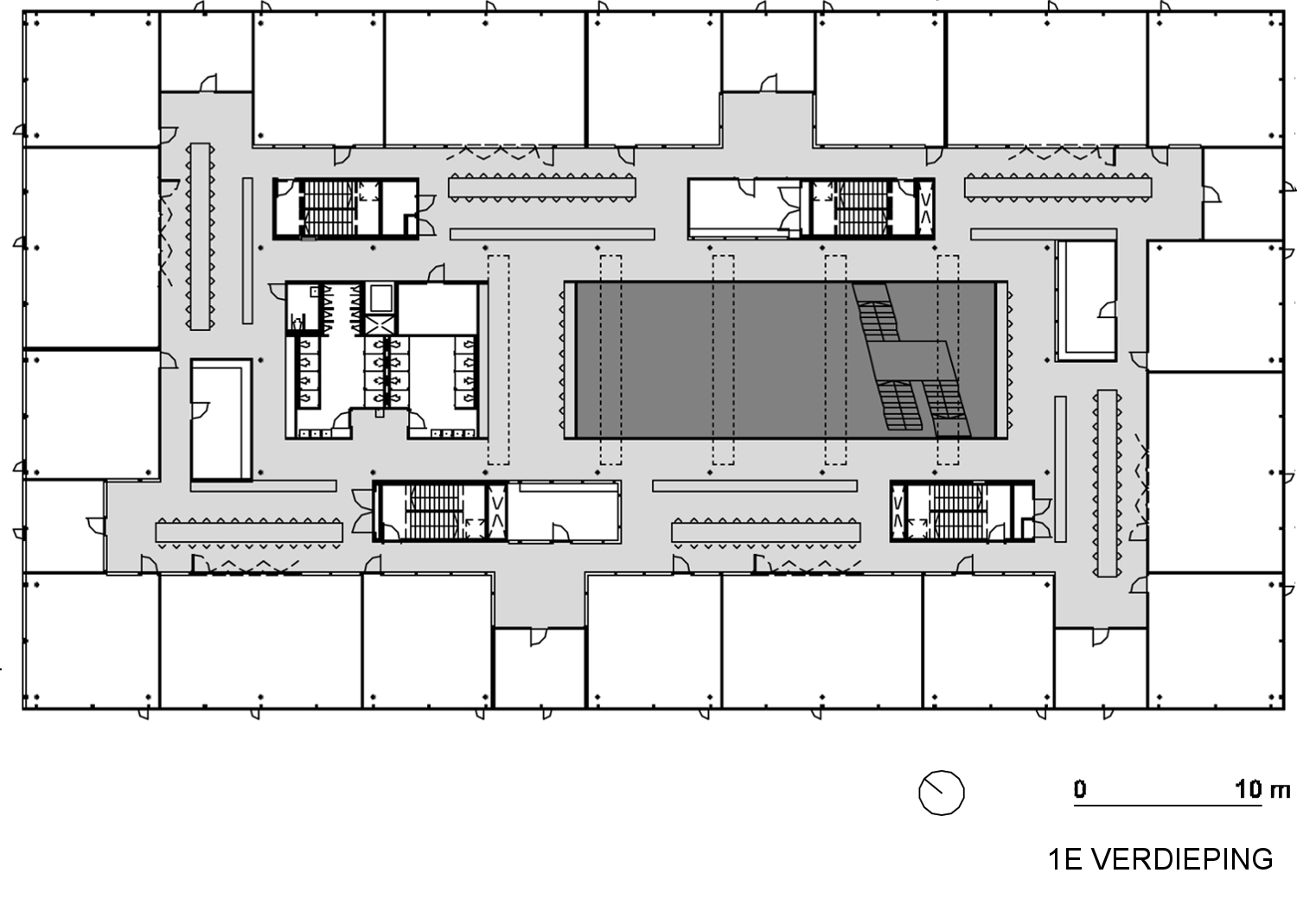