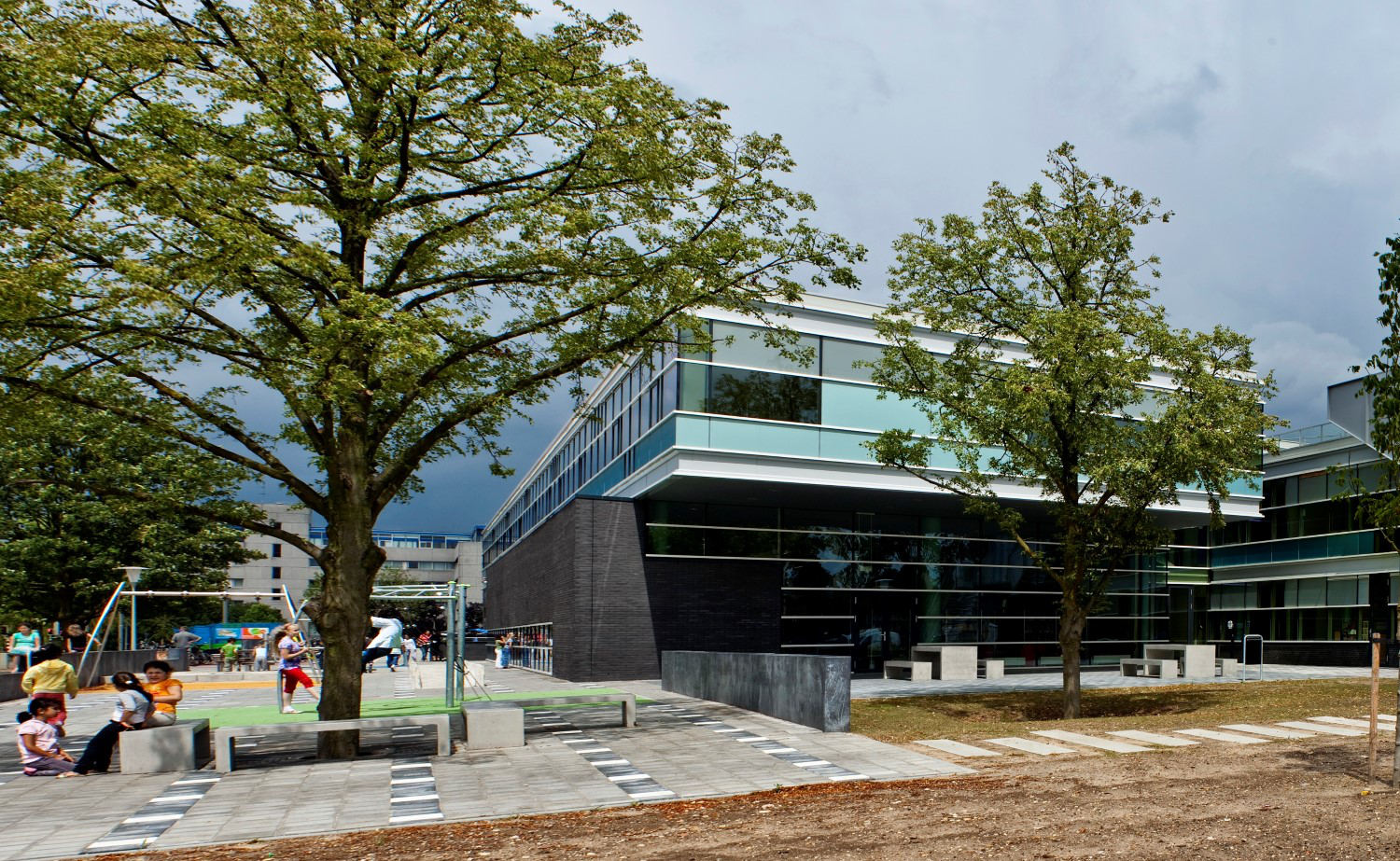 This building is to be the new community centre of the postwar reconstruction estate of Presikhaaf, a perfect example of a housing estate with an open, spacious design. The ‘light street’, which extends the entire length of the building, links the two bar-shaped building volumes, which are staggered in a split-level design, and provides a clear spatial theme.All sections can be accessed from the central hall, which should perhaps have been a little larger, but thanks to its strategic location and its flights of steps radiating on several sides, the hall can nonetheless accommodate a large number of people, and can perhaps be regarded after all as a spatial prototype for a cluster of autonomous functions of this kind, all accessed from this central hall and from all directions.The entire surface area of both schools can be used for education, while the classrooms can be opened up completely to become part of this ‘learning landscape’, which, with its staggered heights, is articulated such as to yield an abundance of places to work. In addition, the varied floor-to-ceiling height, with daylight streaming in from above, creates the sense of space one naturally associates with a learning landscape, including a sense of openness enhanced by the greater floor-to-ceiling height and ever-prominent skylight.An extension could be added on the lower roofs. 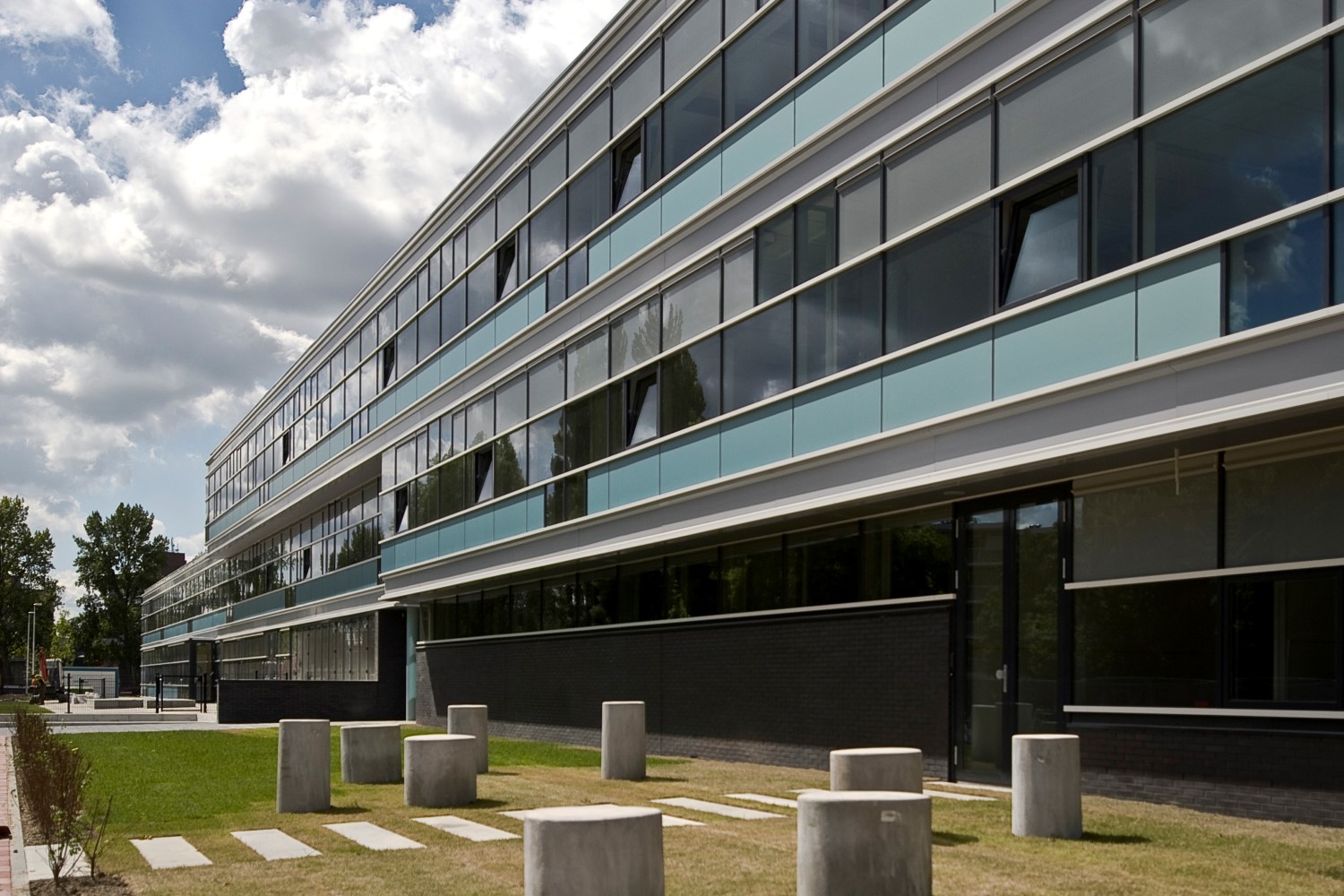 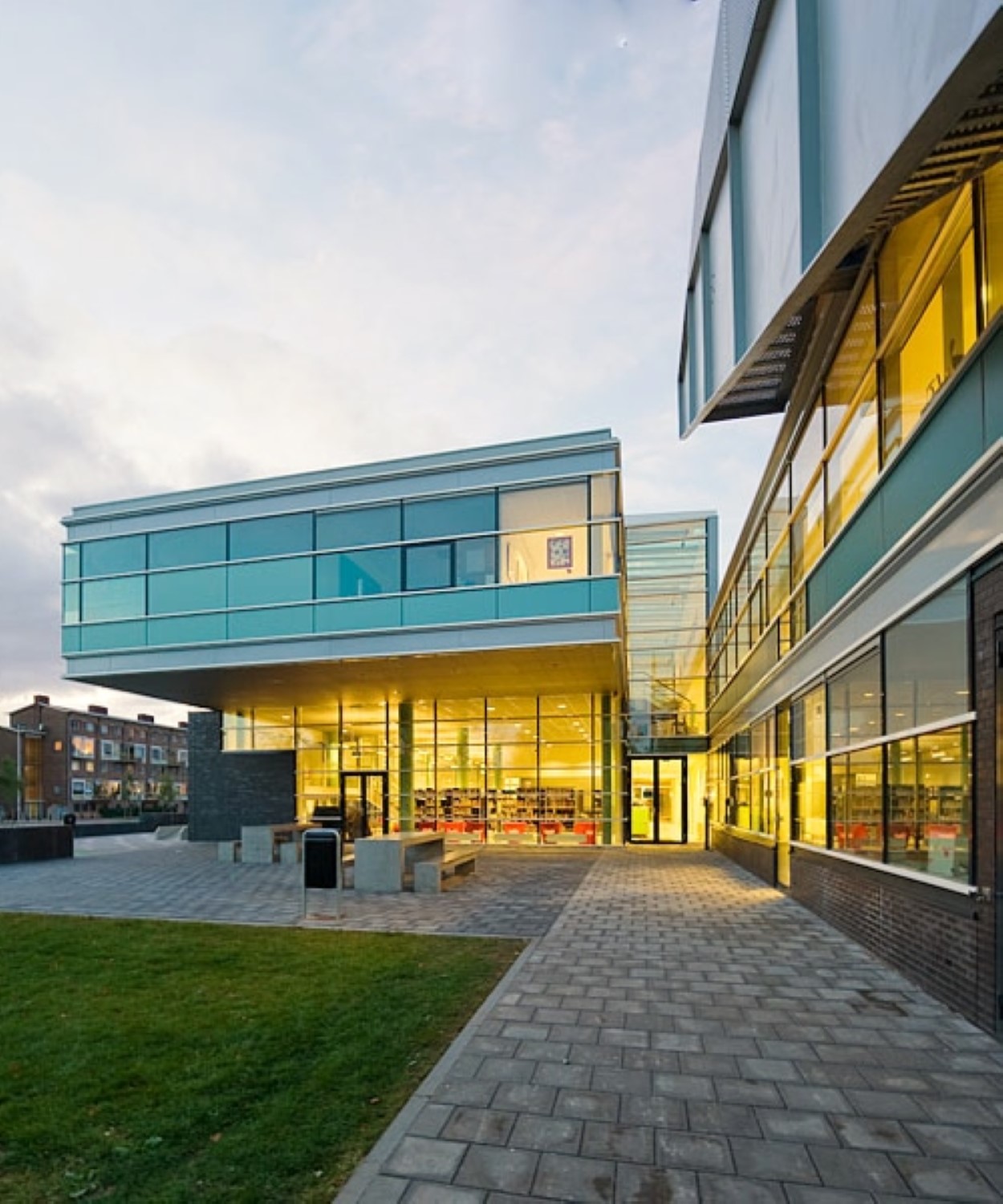 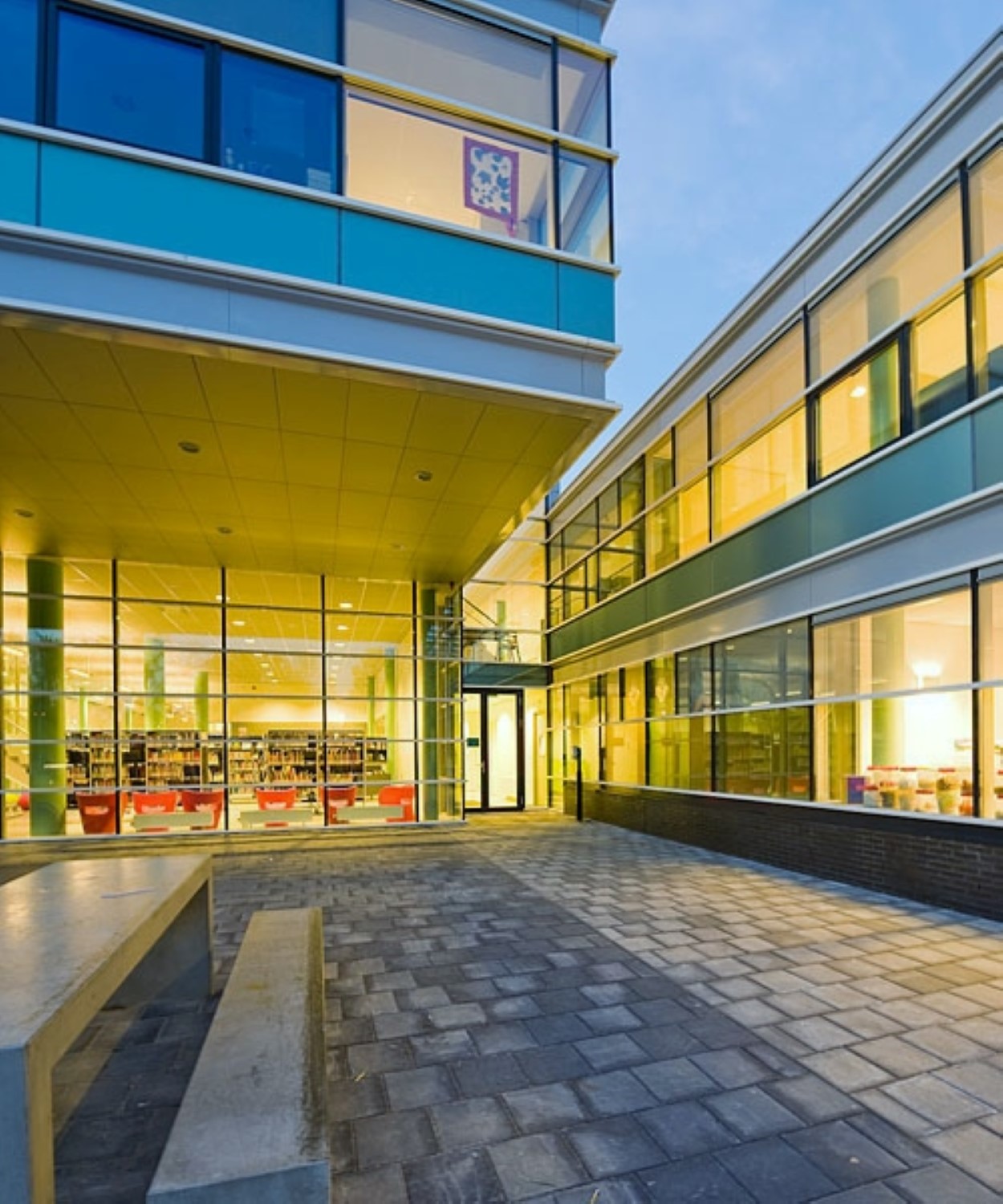 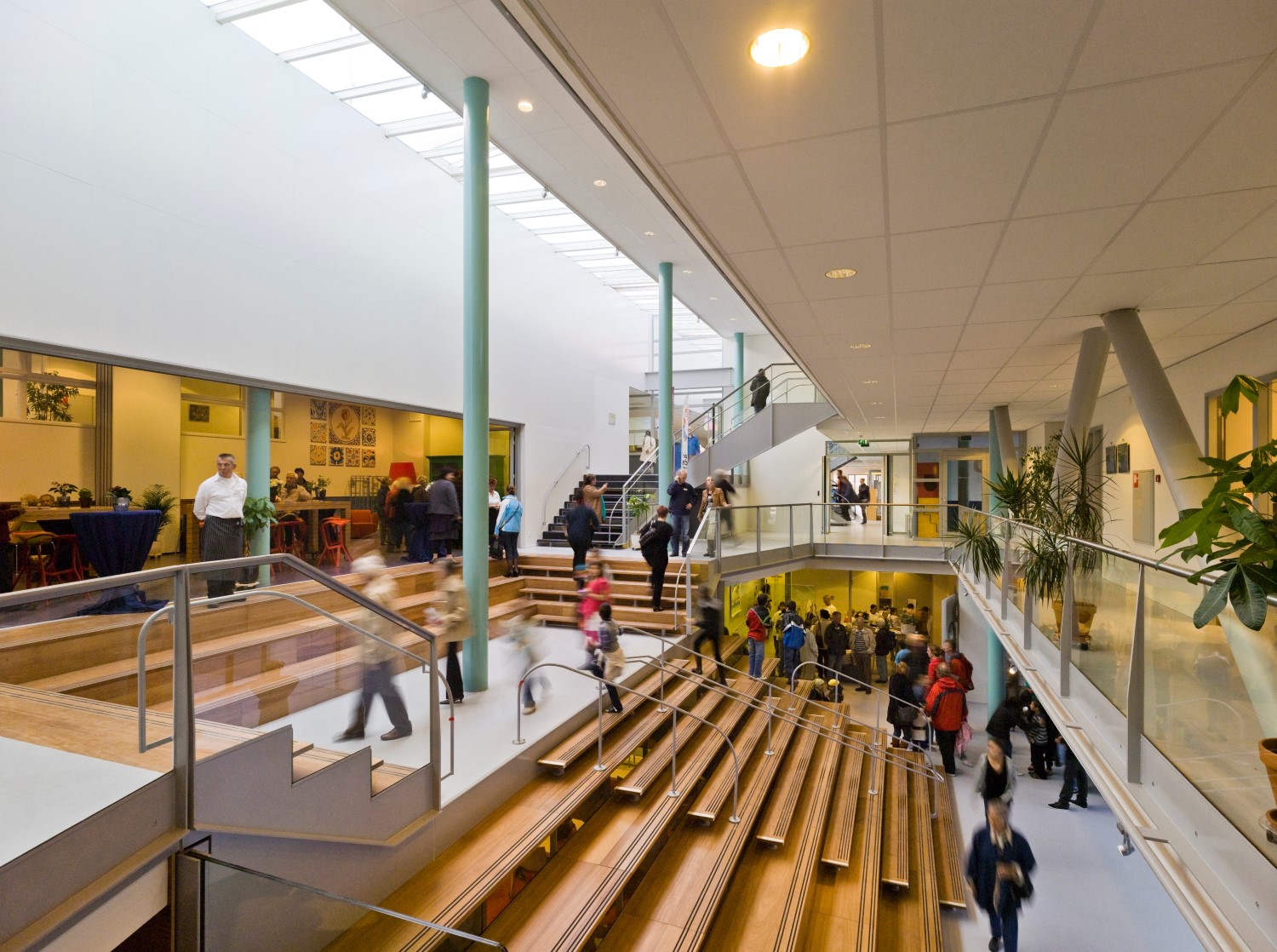 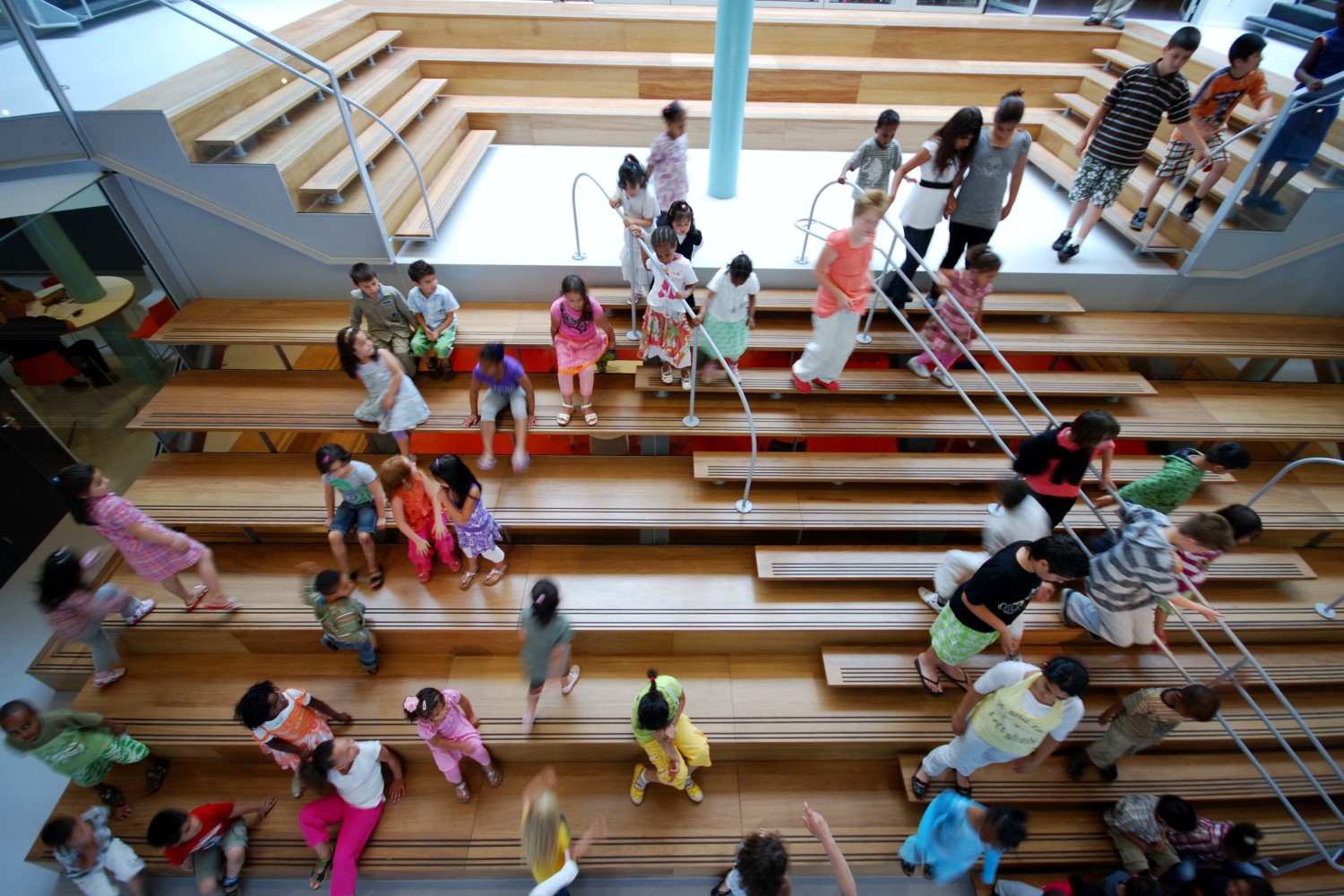 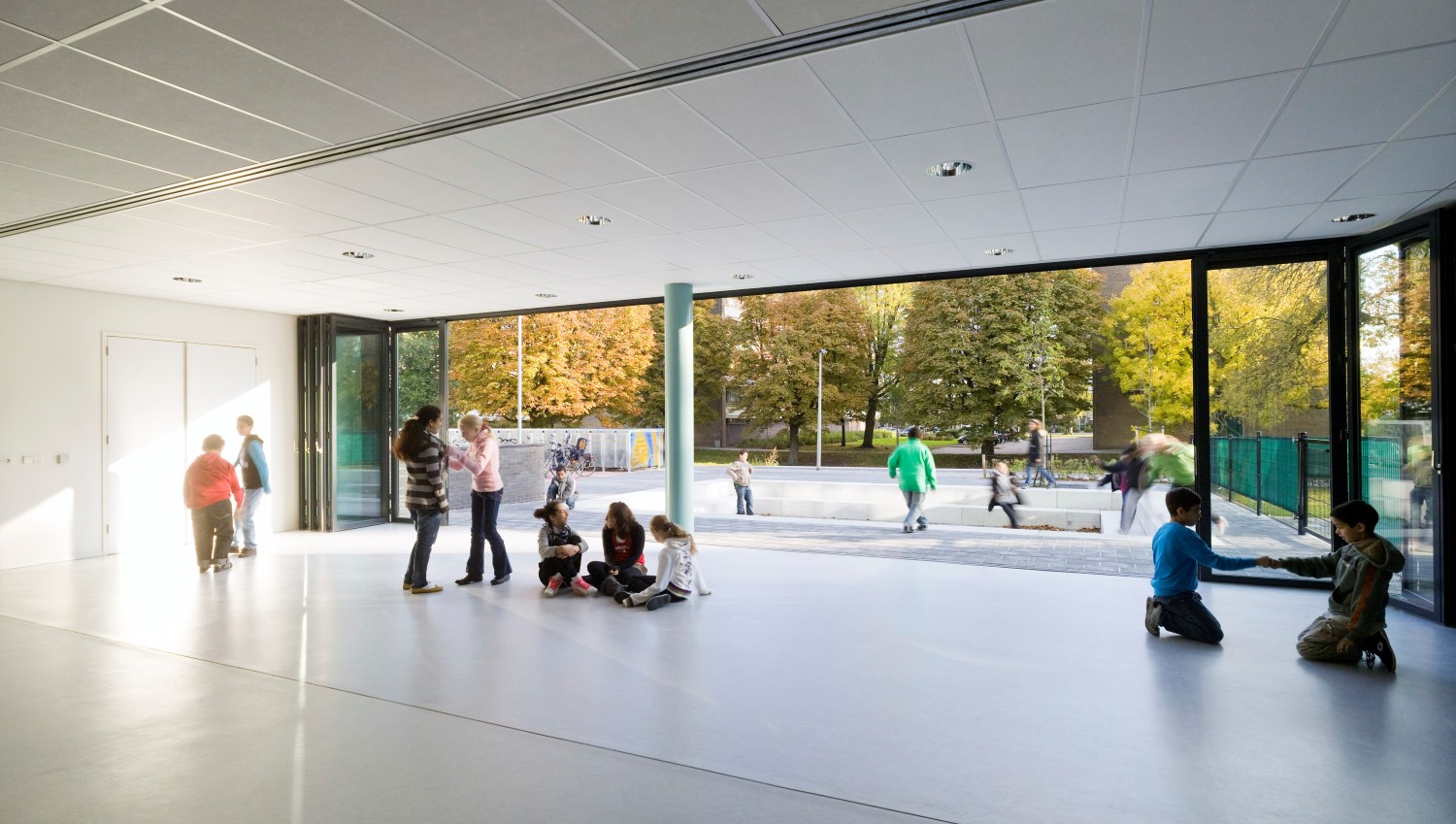 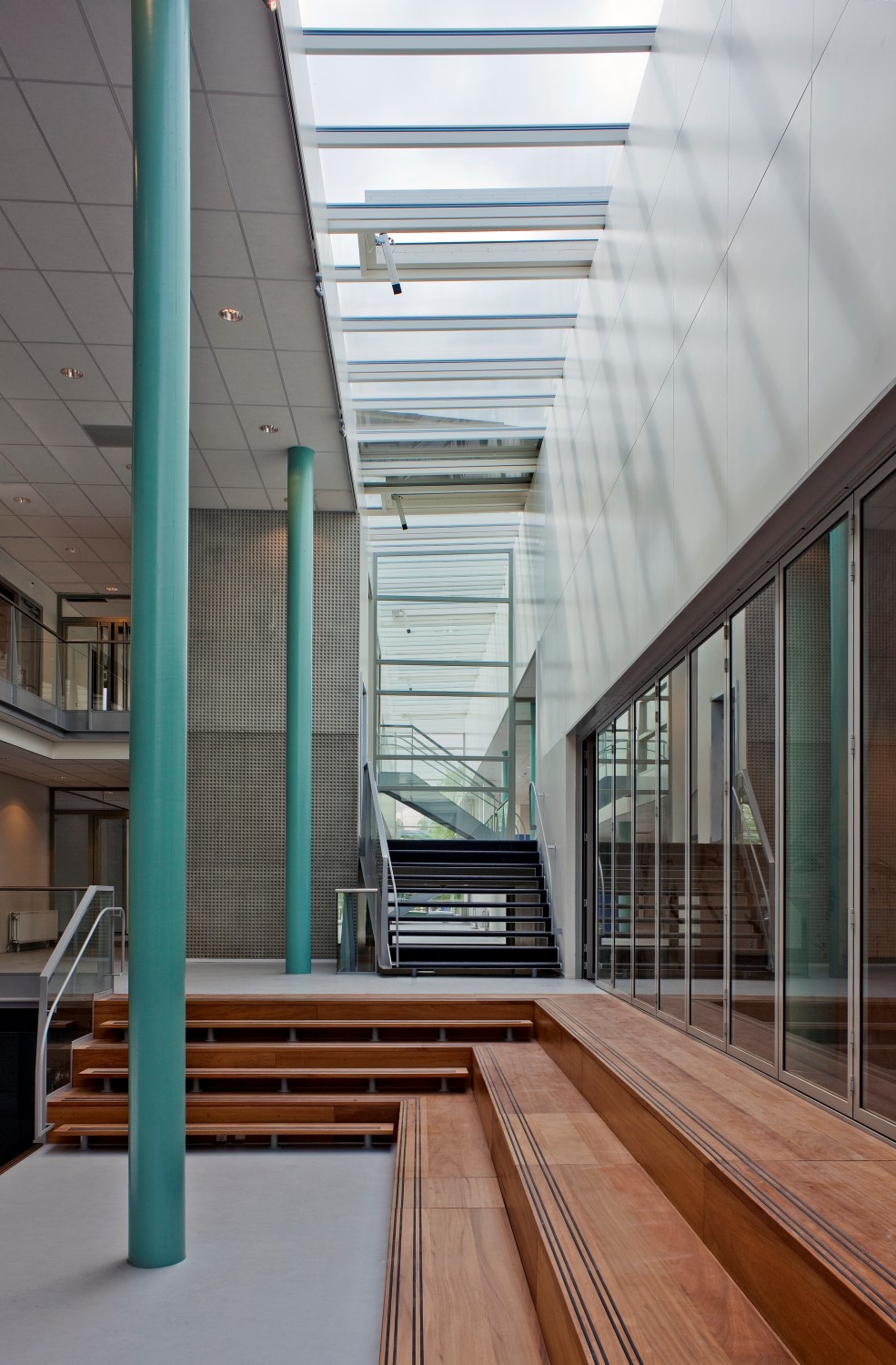 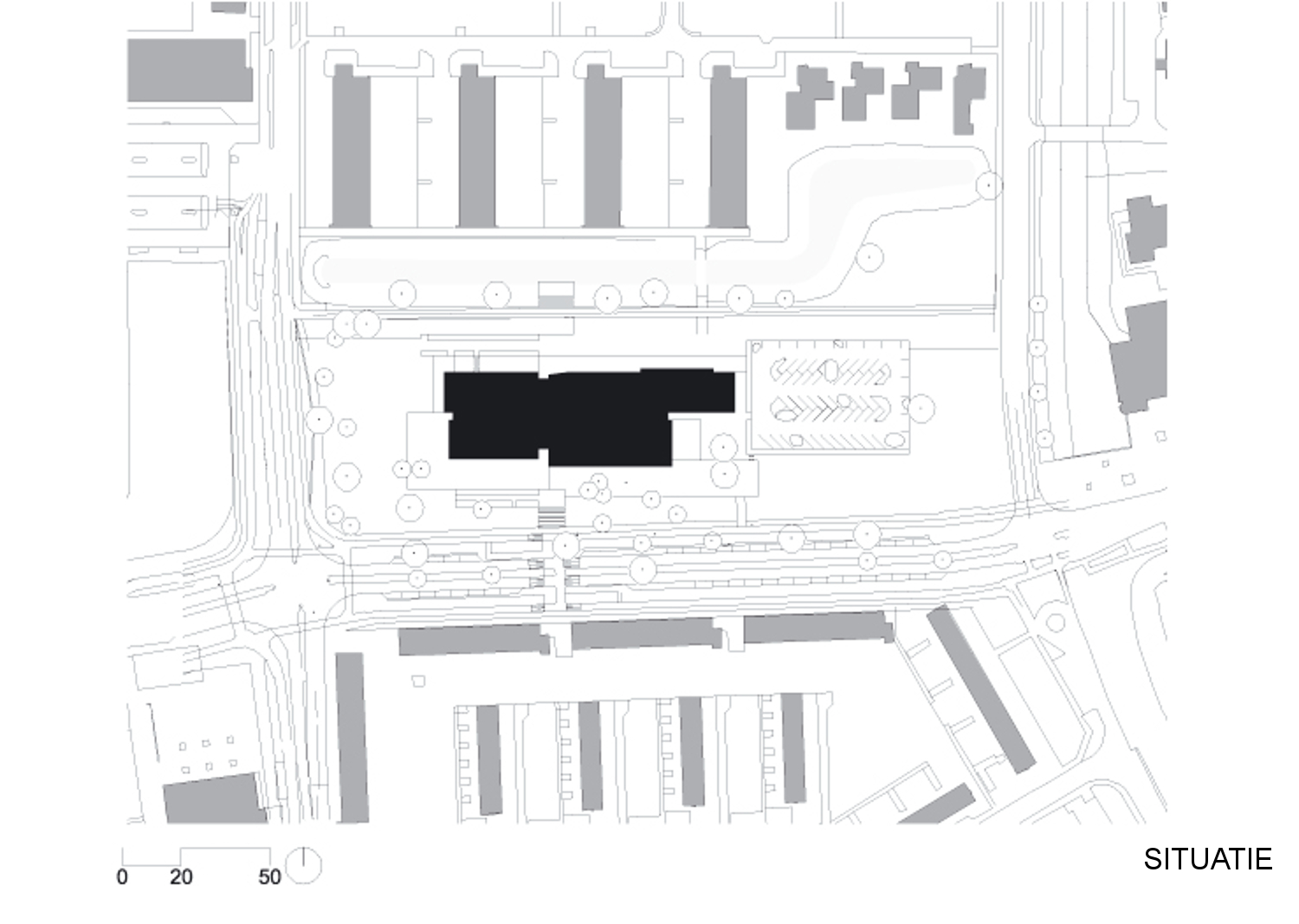