Waterrijk is the final part of the newly built district Meerhoven within the city of Eindhoven. The urban design of this highly scenic residential area is based on the existing green structure of the former military training area. The present afforestation consists of 50 meters wide strips that divide the area into different parts hereafter referred to as ‘rooms’. As urban designers we developed two main typologies; the urban and the scenic room, both containing a variety of housing typologies. The scenic rooms are situated on the spot of the former tank assault courses. These open spaces within the existing camouflage woods accommodate detached housing units. The urban rooms on the other hand are defined by residential courtyards with a urban inner court and an outer ring of private gardens. The plan anticipates the present larger structures; optimal access is sought to the park on the north side as well as the central ‘buurtbos’. This establishes Waterrijk’s own identity: Who would not want to live in a forest and yet in the city?

In co-operation with Juurlink [+] Geluk. 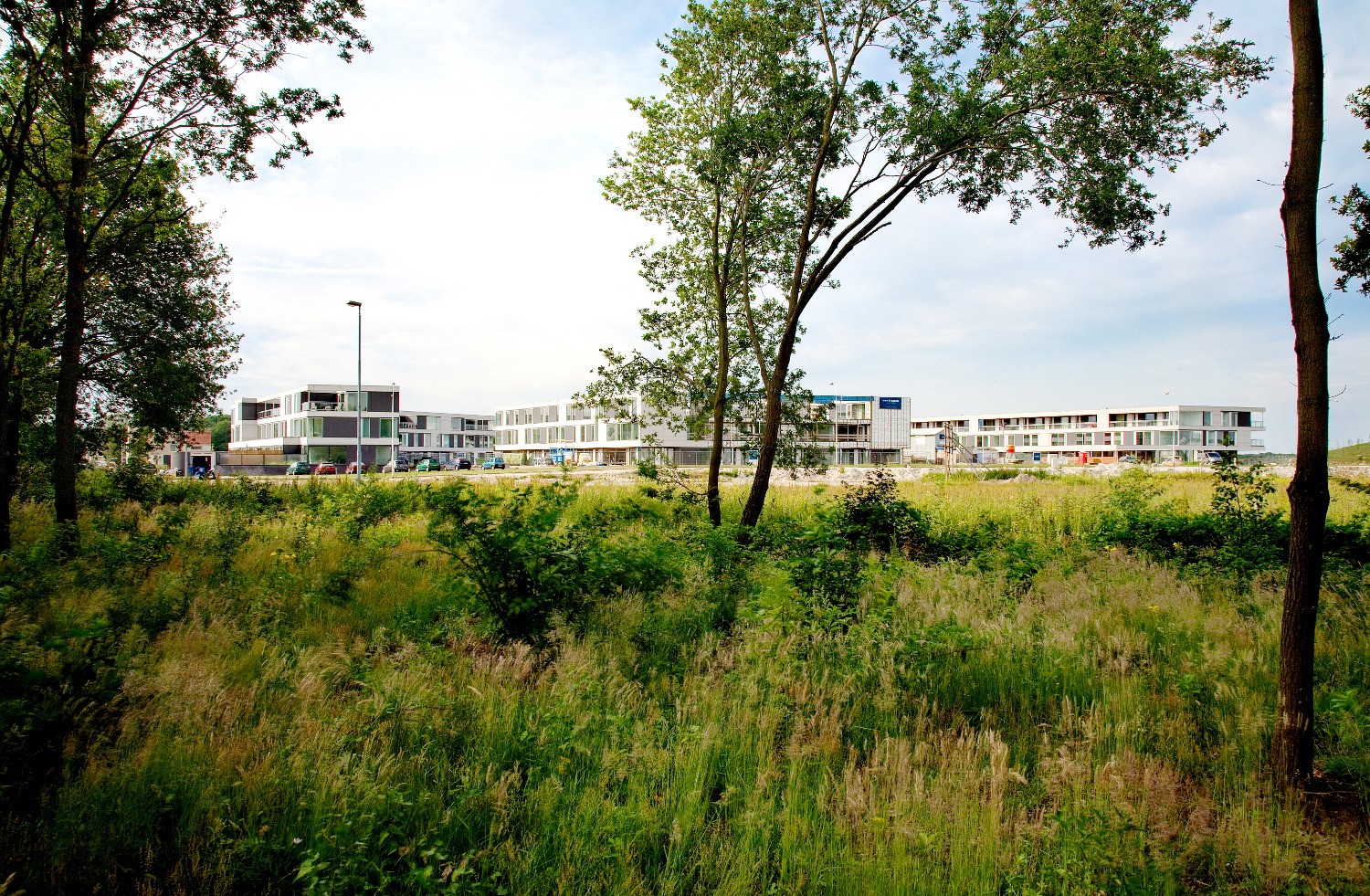 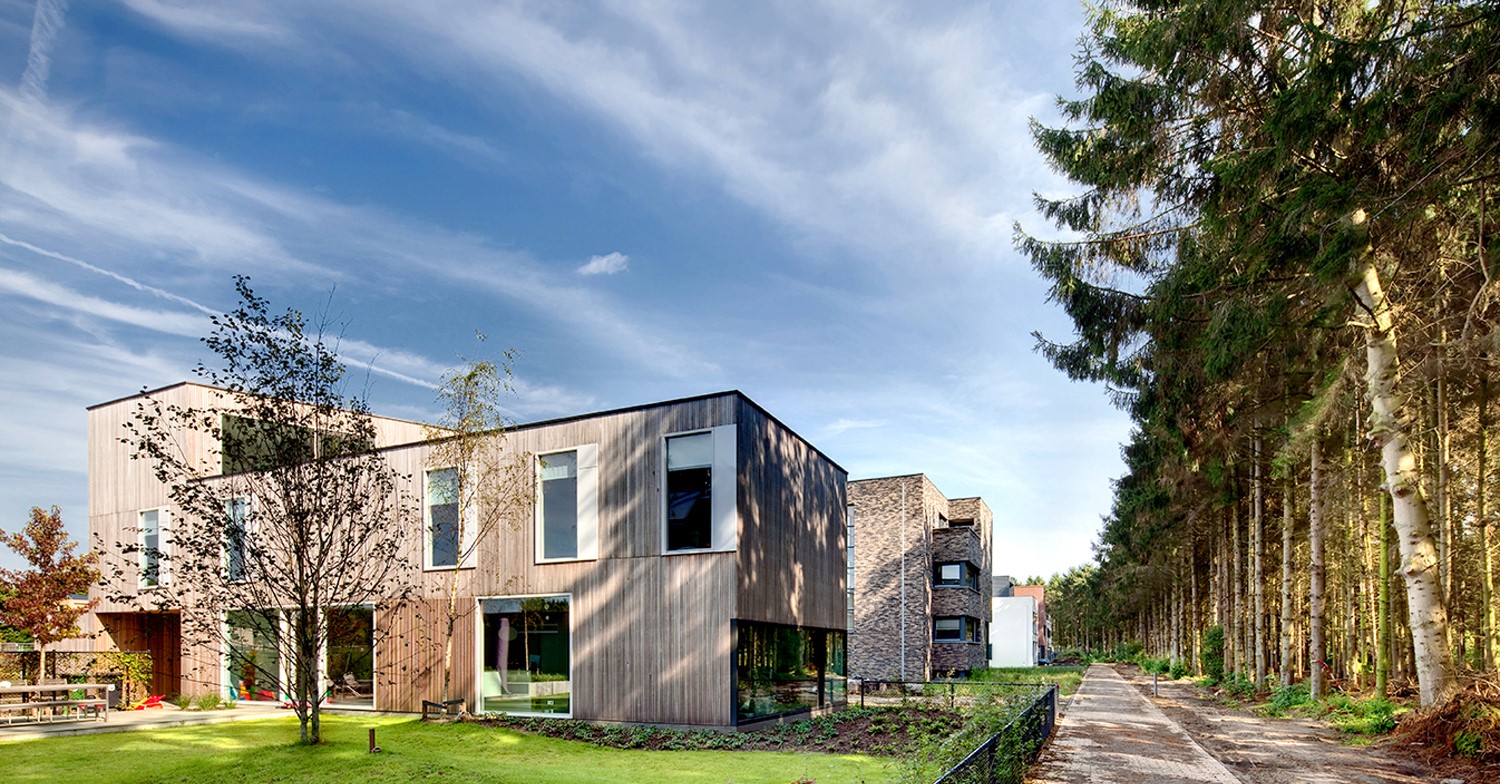 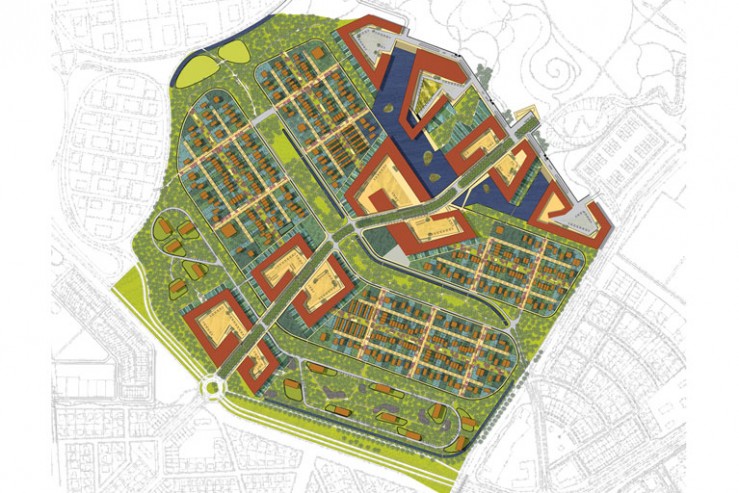 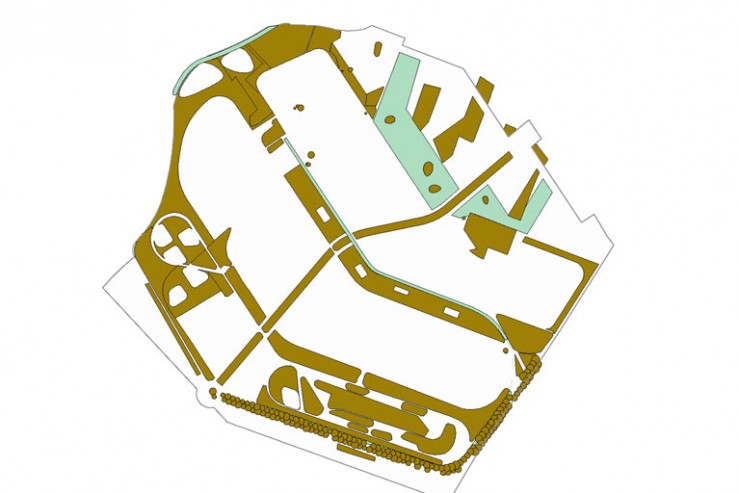 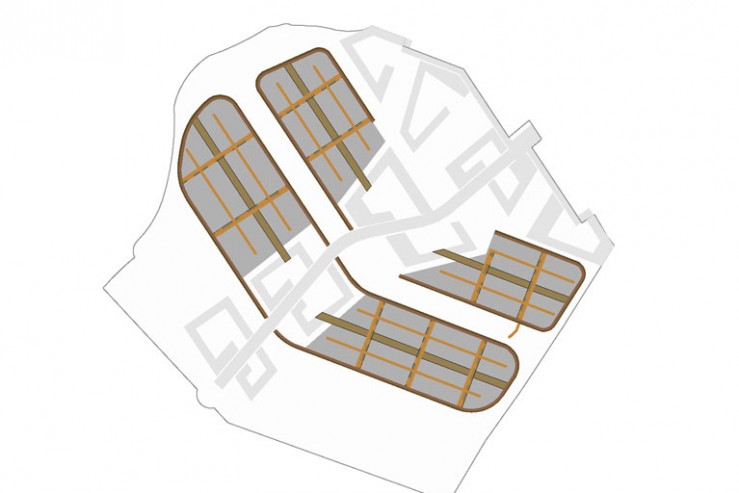 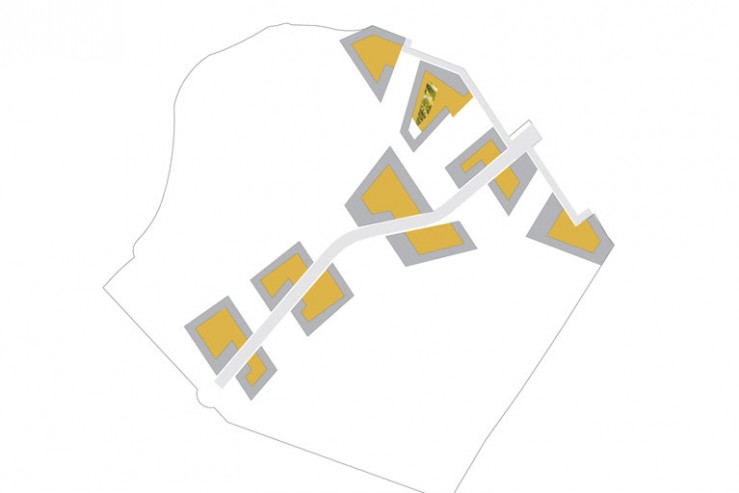 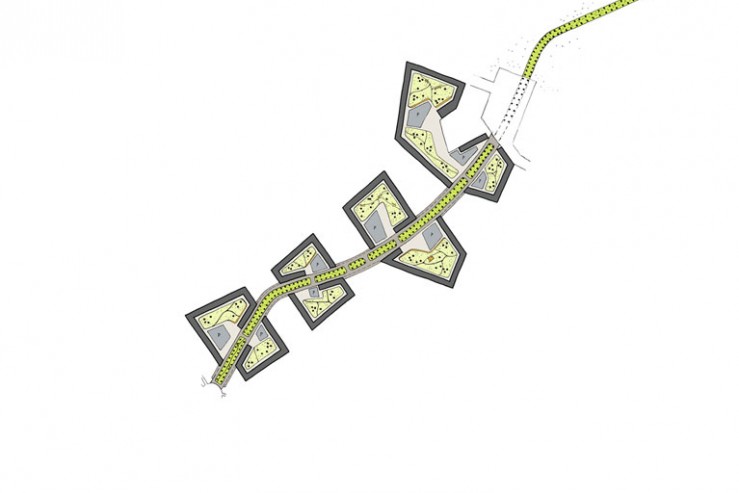