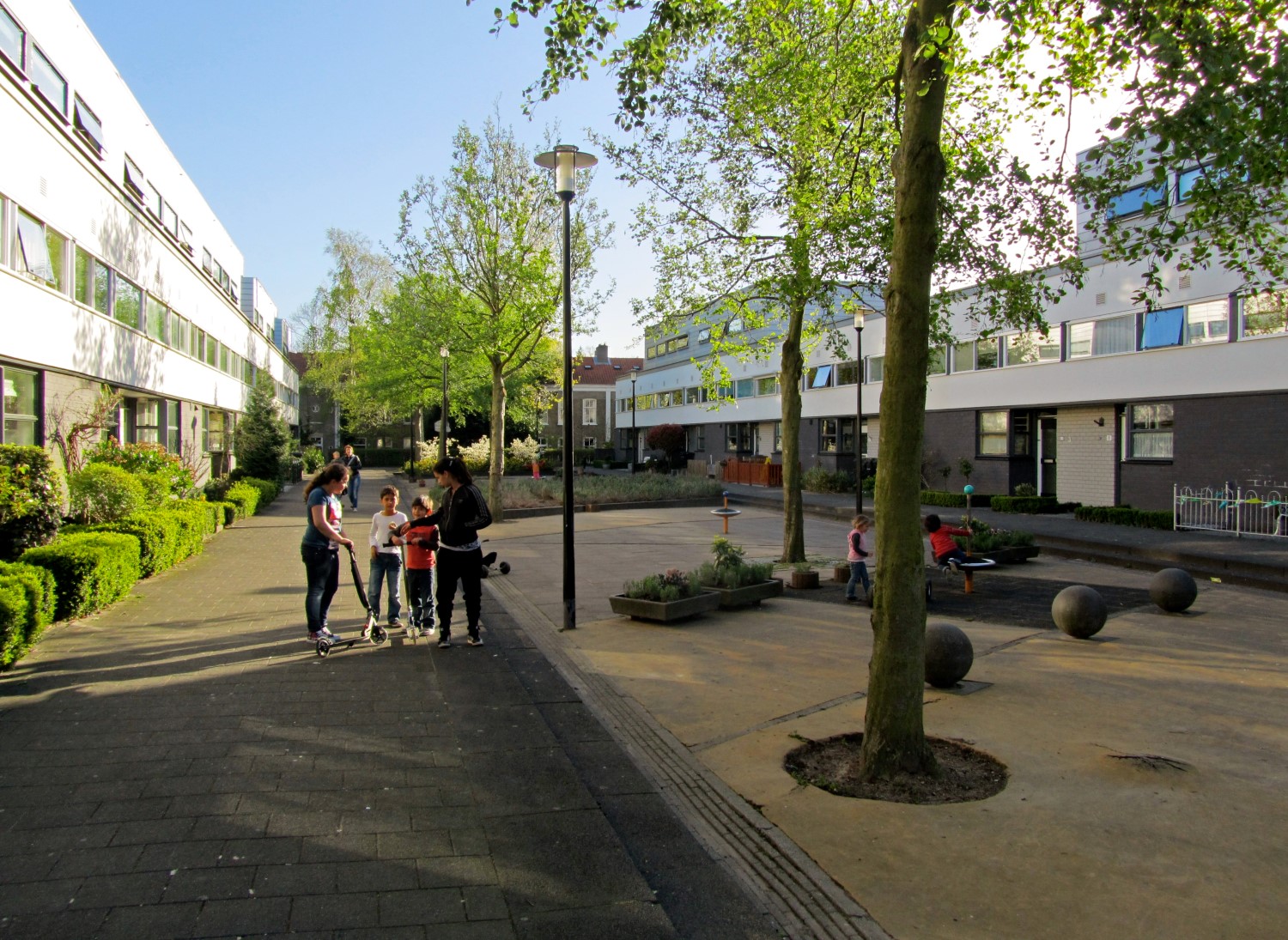 This housing development comprised of 113 dwellings in eight different types is built right up against two river dykes. We were responsible for both the urban masterplan and the architectural elaboration. The plan consists of three long rows of housing intersected by a pedestrian alley, and a curved row in four sections that follows the line of the dyke with which it is integrated: houses form part of the sheet-pile wall, a unique event in Dutch dyke construction where dyke and building are always kept separate. The houses in the dyke are four-storey drive-in dwellings with their entrance and garage at street level, front door and living areas at dyke level and two upper floors containing bedrooms. These dyke houses form a protective barrier round the rest of the estate, the axis of which is expressed by a pedestrian promenade, a cross between a public square and an avenue. 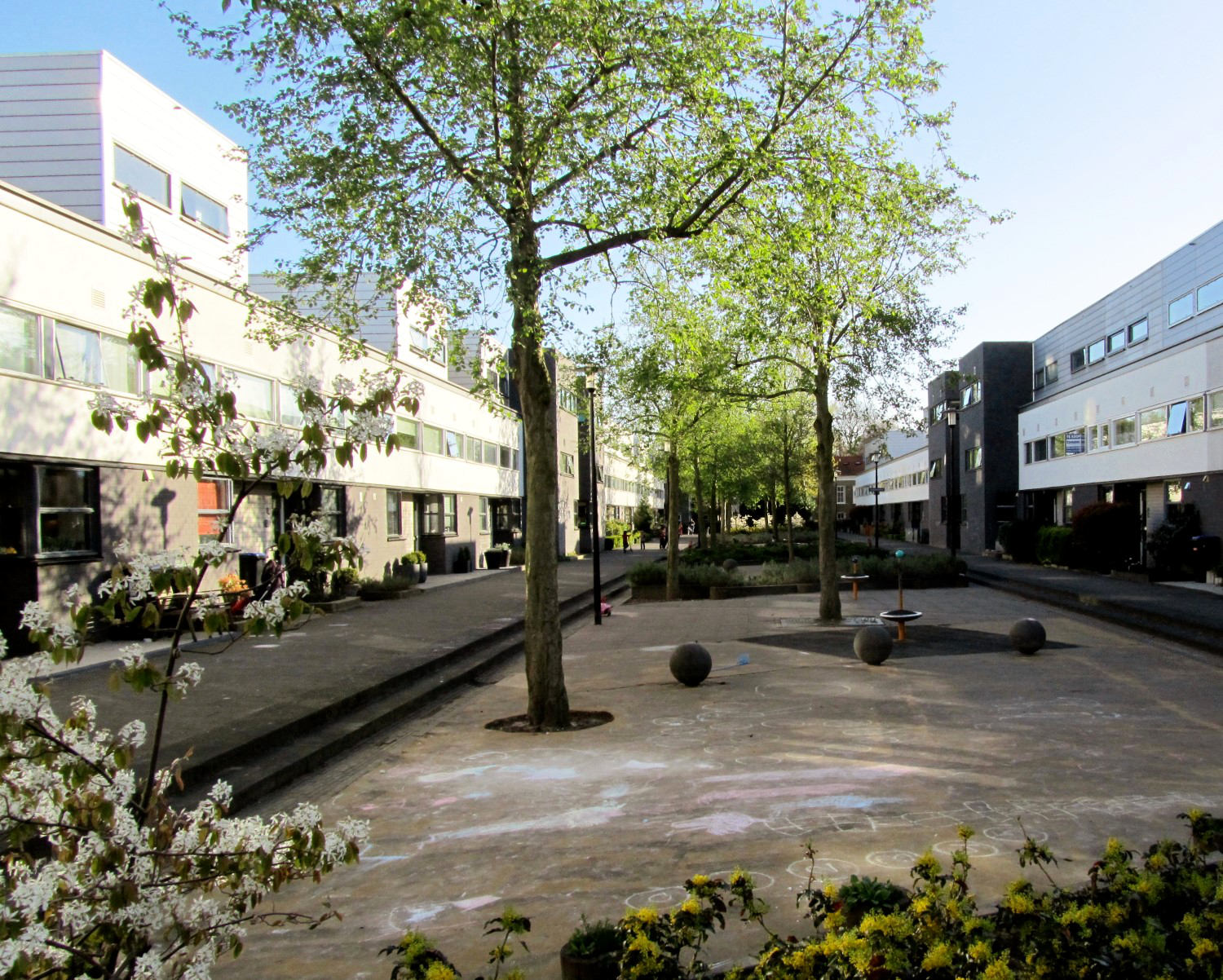 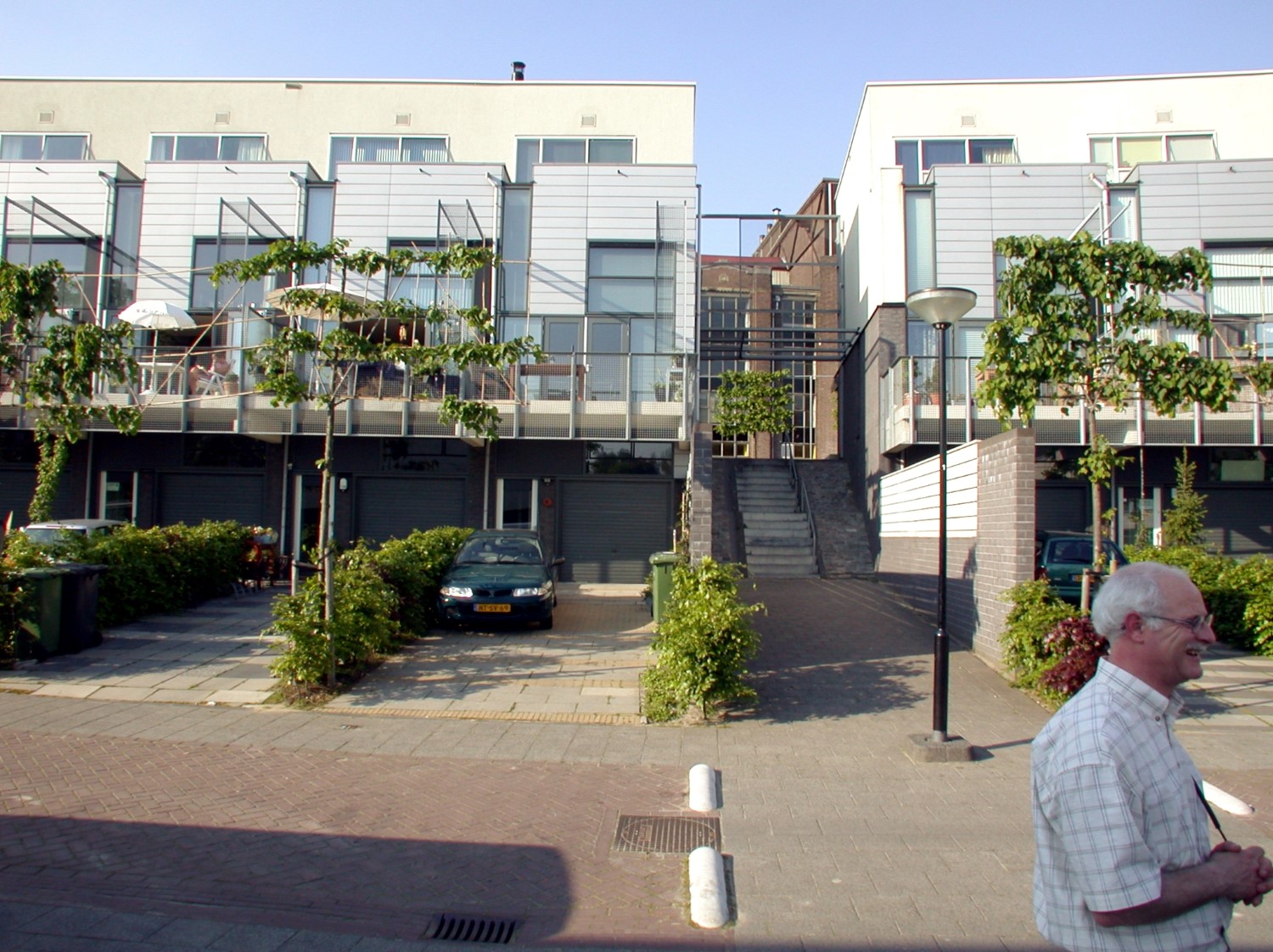 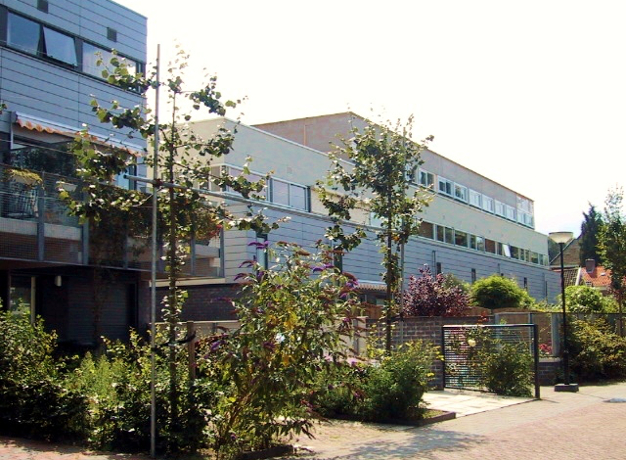 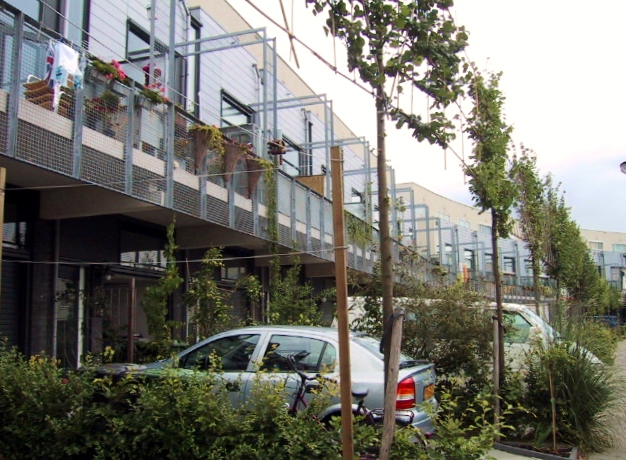 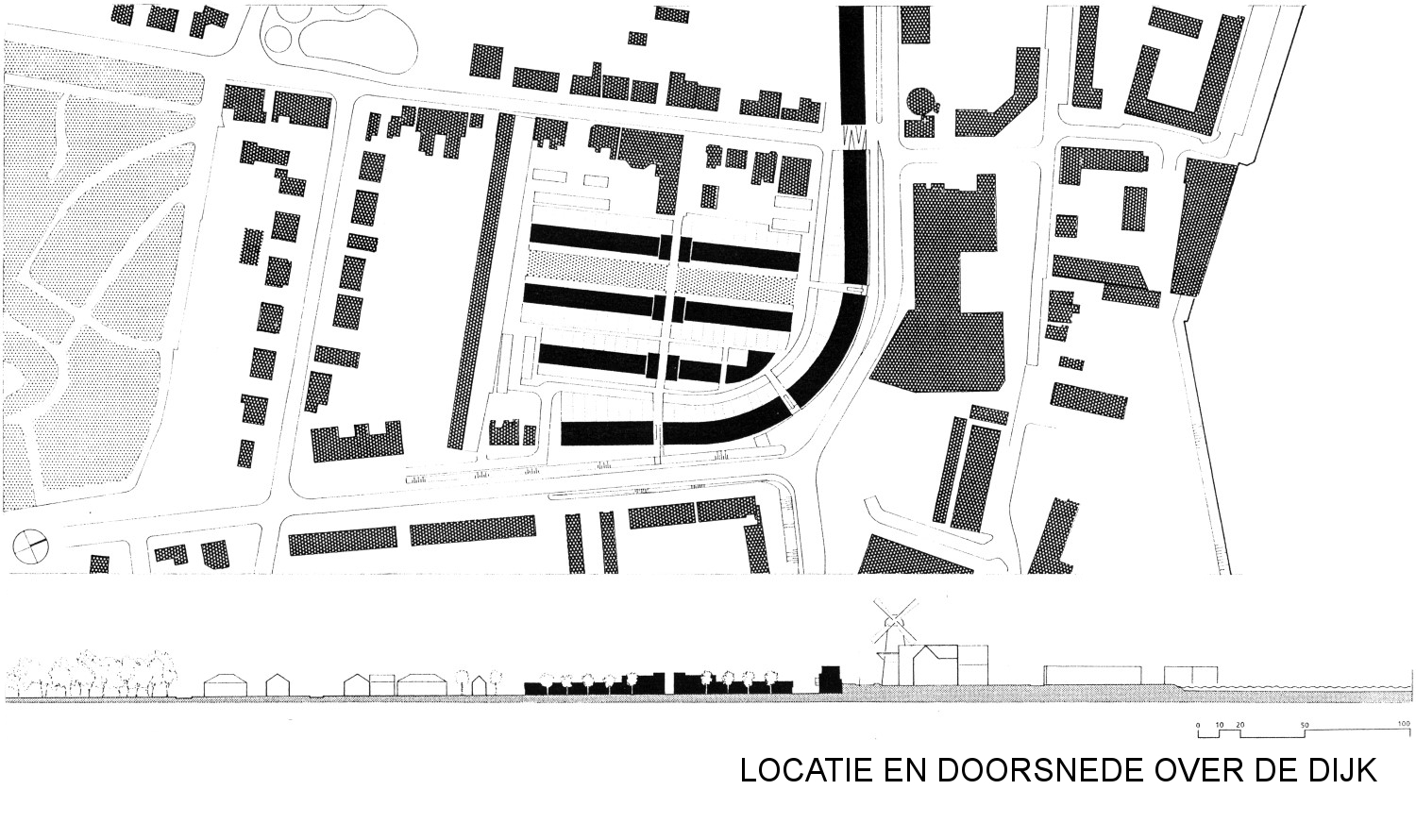