In Düren, open central courtyards were created as communal space, which produces an urban intimacy within the perimeter block. All entrances to the houses are on the inner side which has taken over the function of the streets traditionally around the outside of the block. In this inner zone there is room enough left for playgrounds and for community activities that can be watched from all sides. The private gardens have shifted to the outer side, confirming that the principle of the perimeter block with gardens inside and bounded by streets has been roundly turned inside out. The roof forms a shelter, an umbrella of sorts able to house a plethora of building heights and dwelling types. It forges all these differences into a single urban entity. It is important to control the size of the more intimate, sheltered area, as too wide open spaces usually do not generate social interaction. Within our own plans we have tried to incorporate urbanism in the sense of creating streets and squares and to make sure that urban density is ensured. Here the communal staircases that lead towards the central square play a focal role. They form the basis for balconies looking out over the inner courtyard. 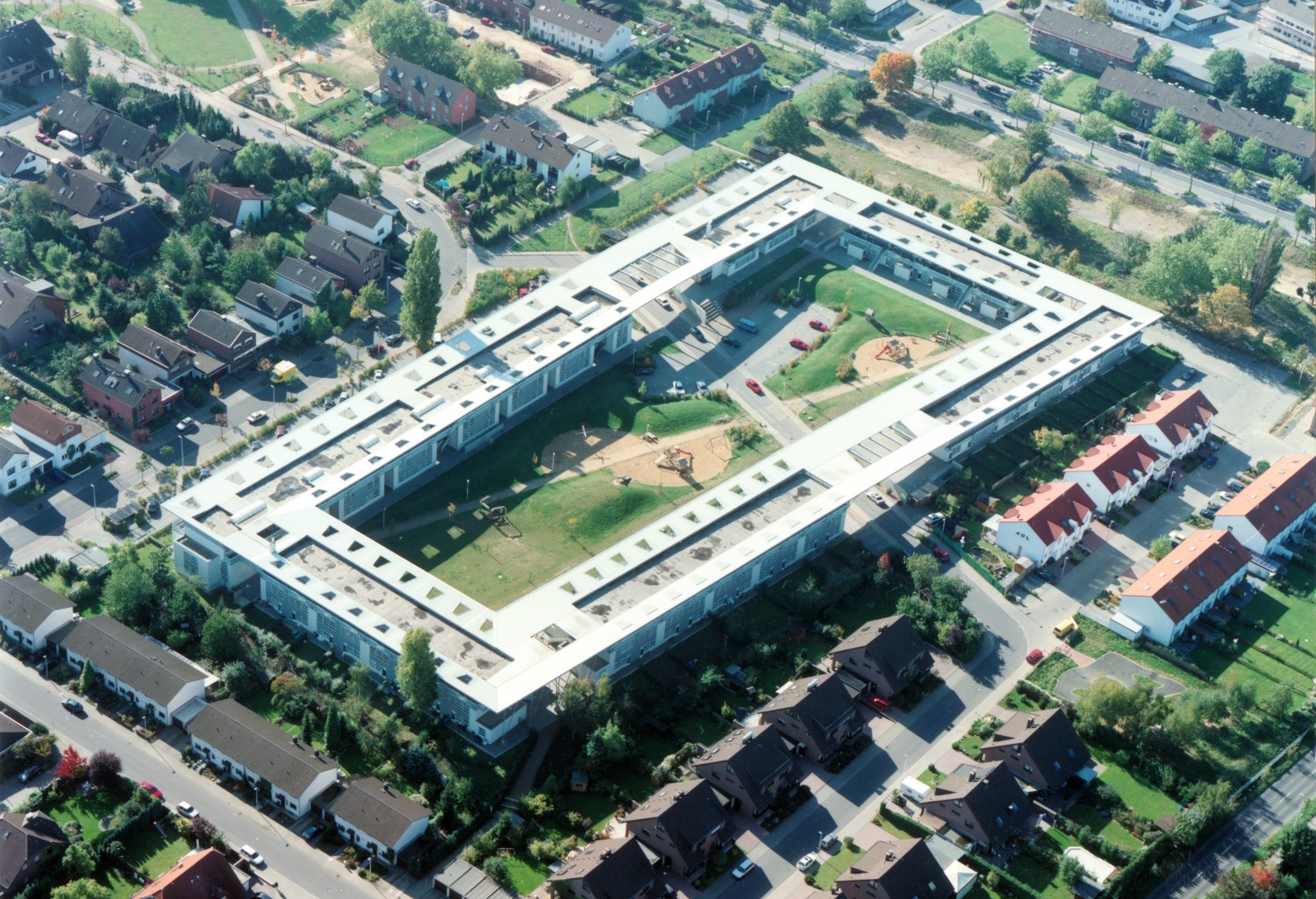 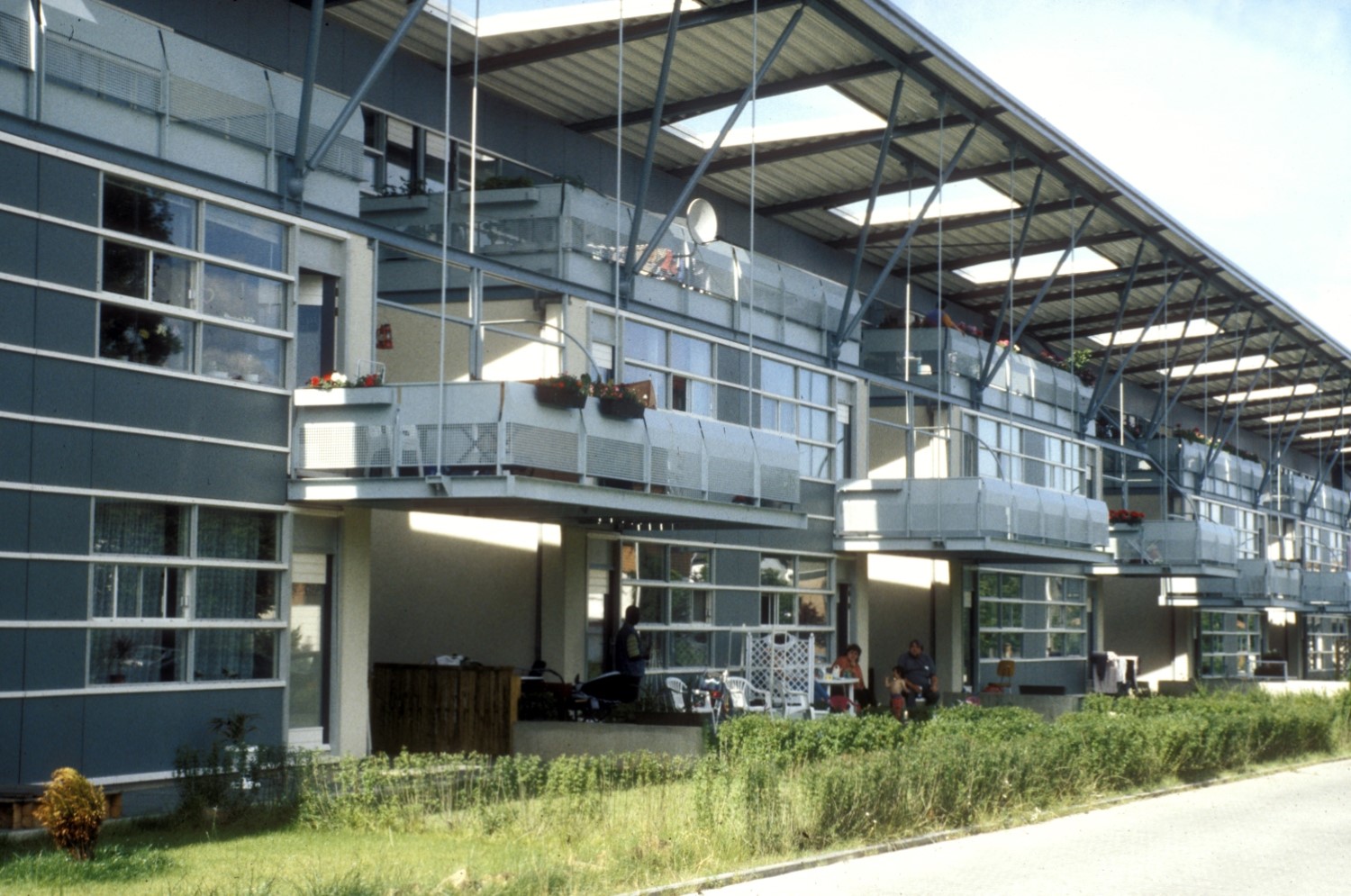 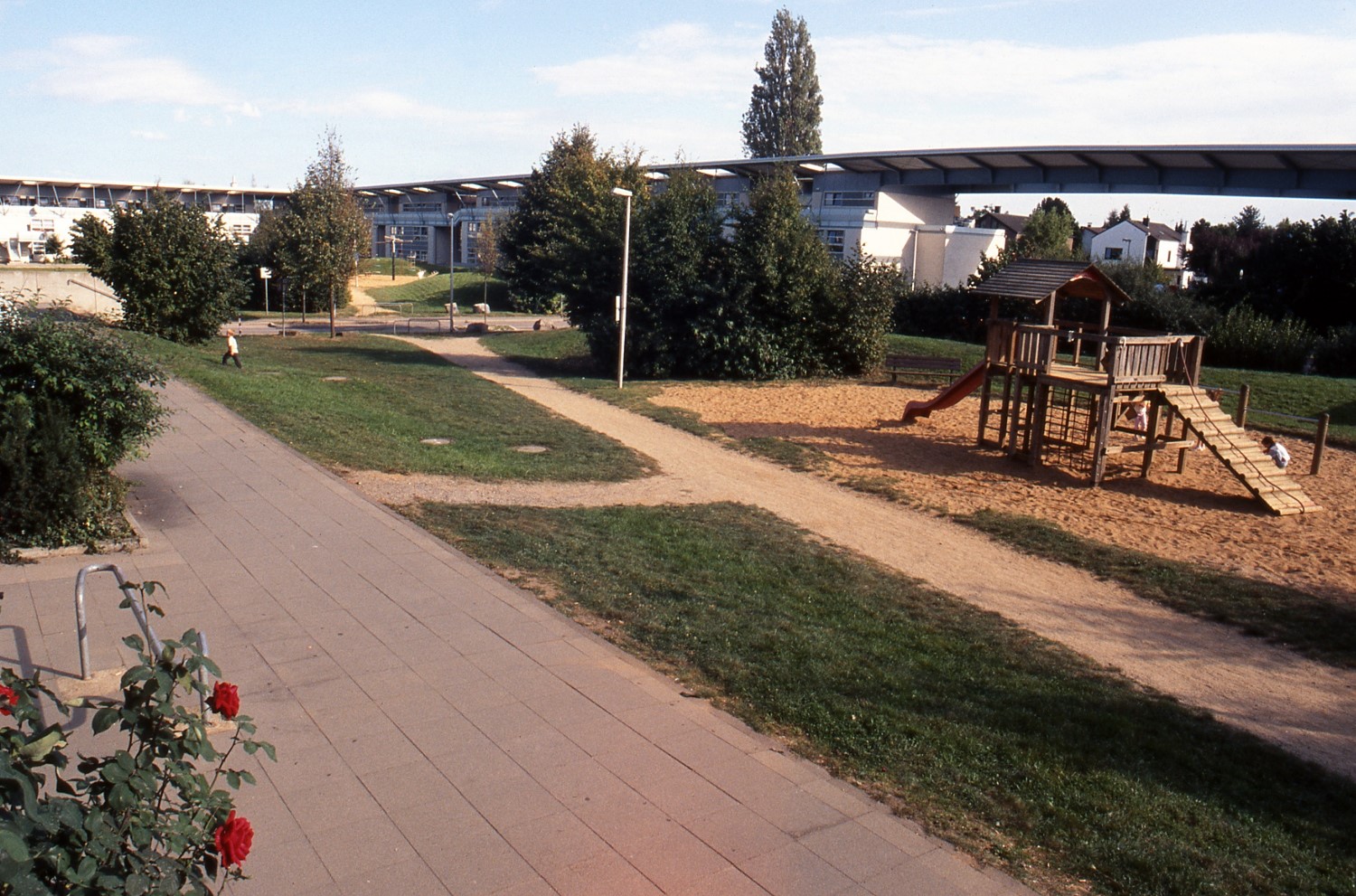 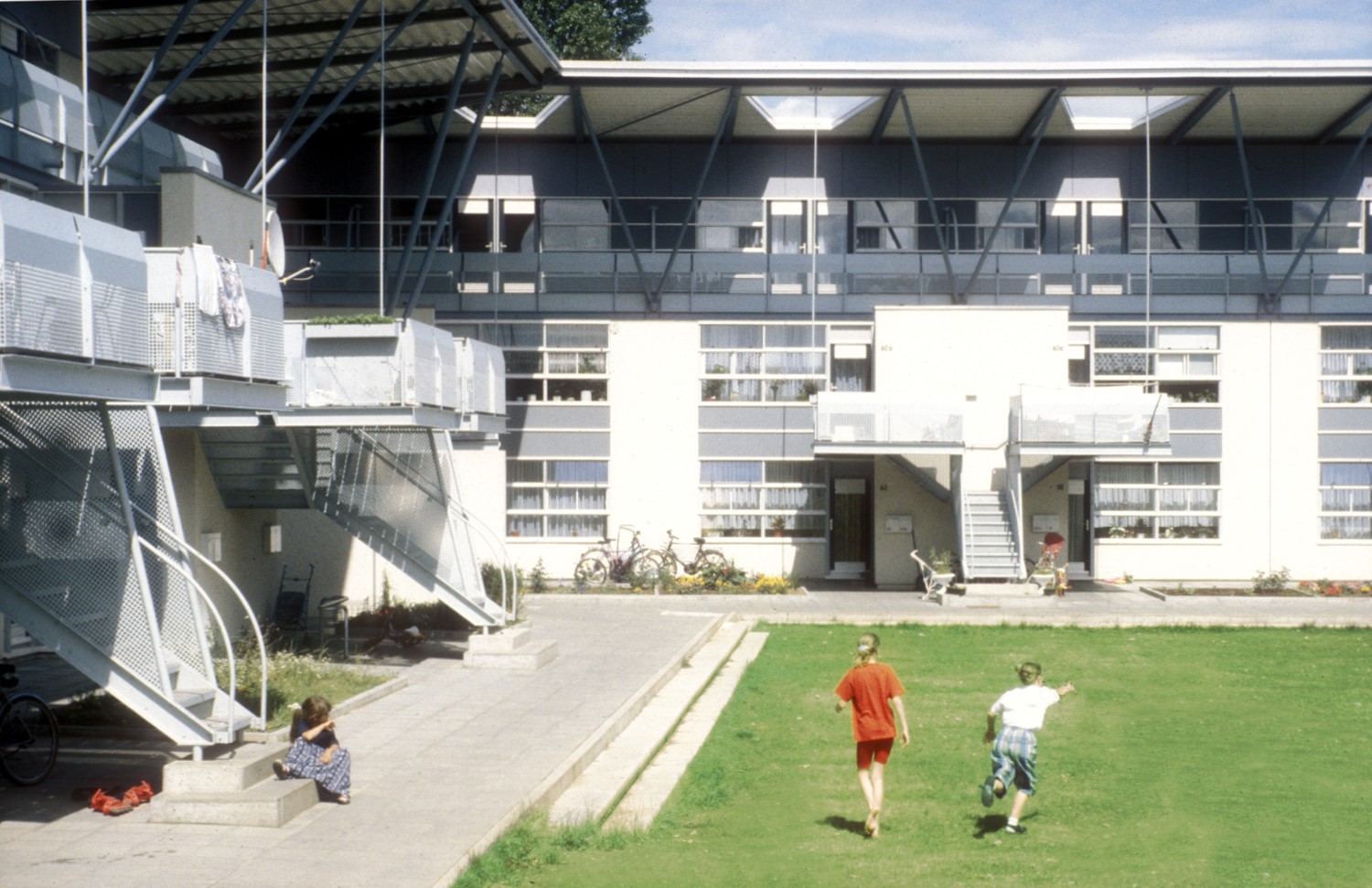 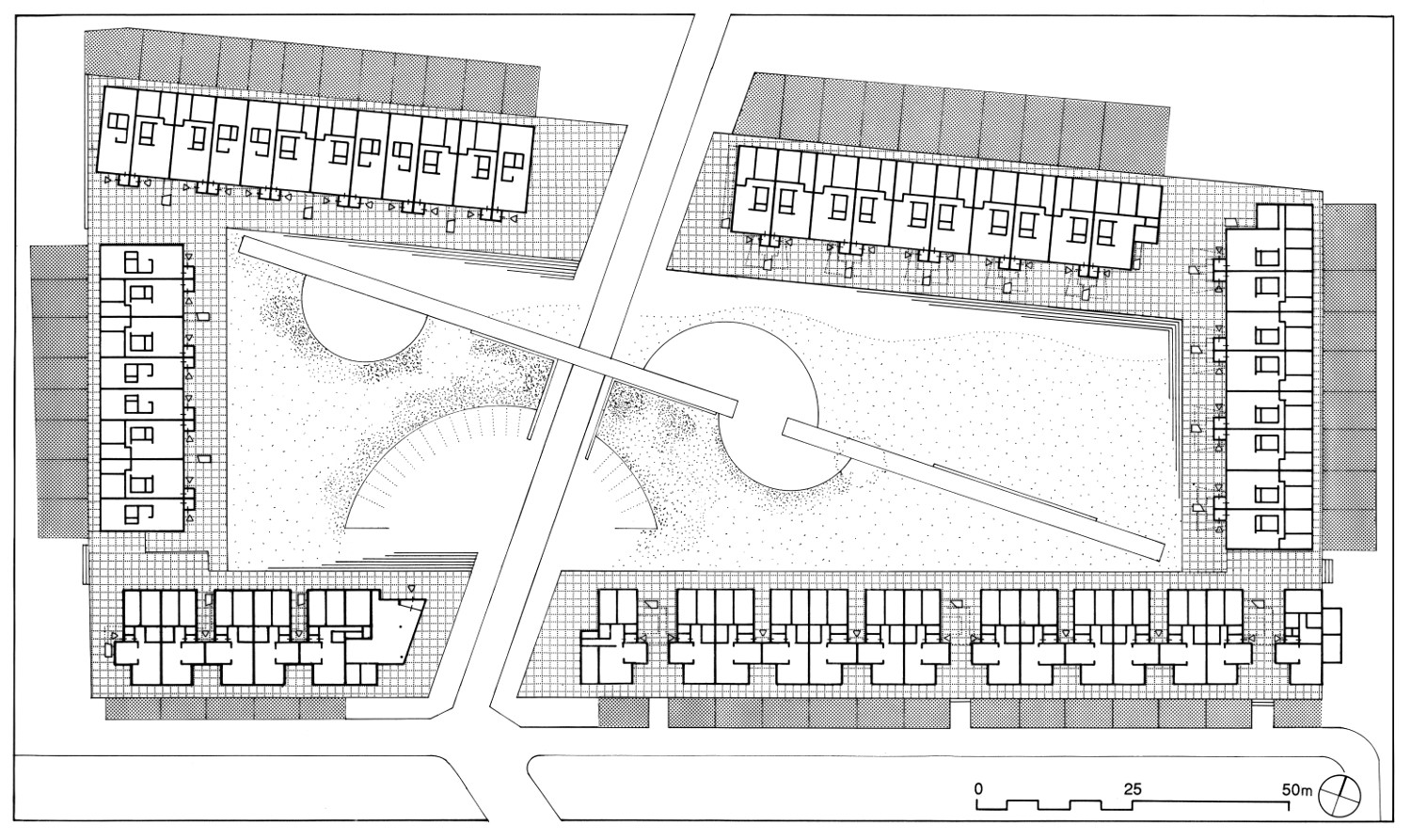