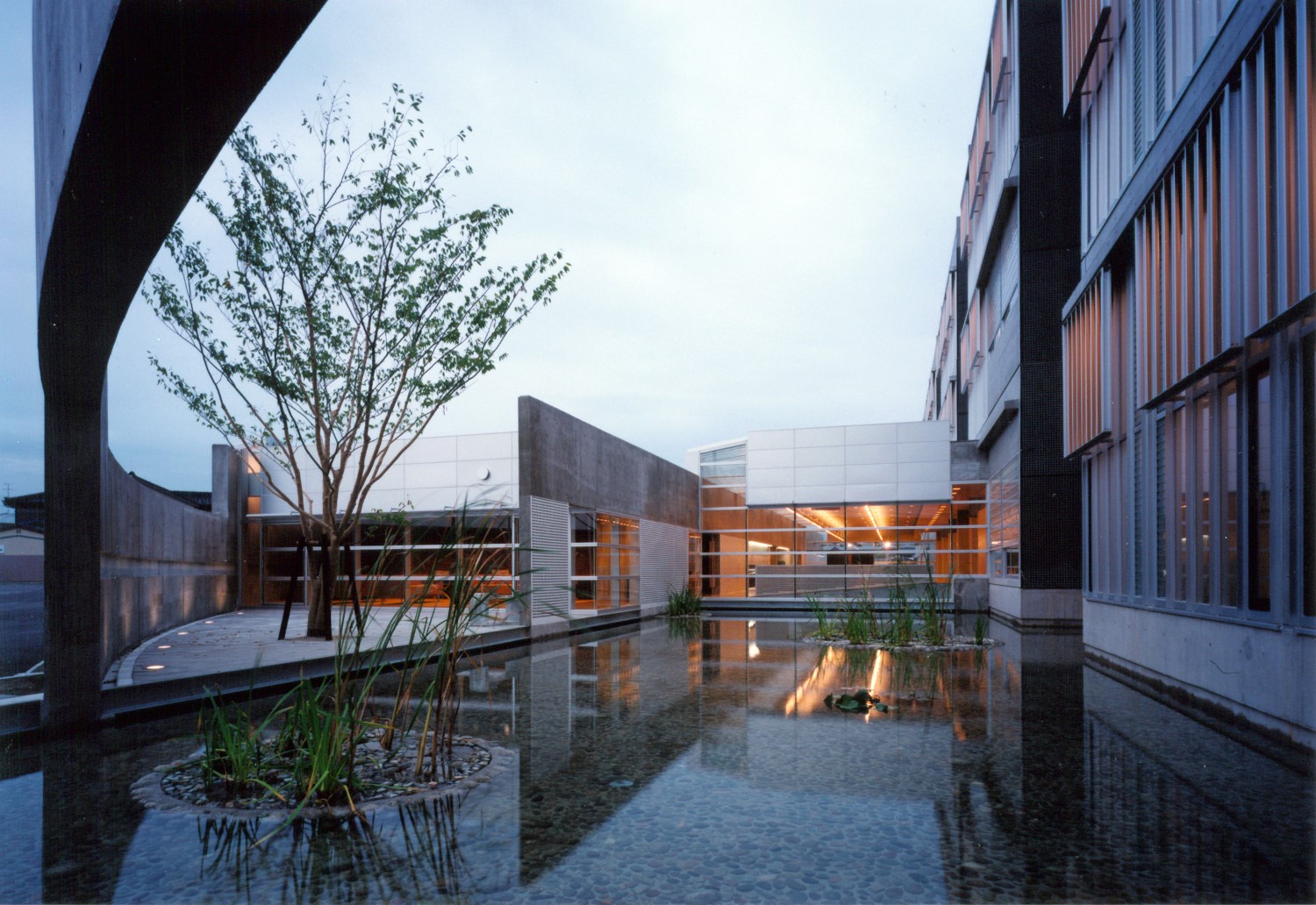 The dormitory is comprised of a hundred or so dwelling units, fully equipped as one-room apartments. There are, besides, communal facilities including a restaurant and a library. Articulating the dormitory into blocks prevents the whole from having an unduly massive presence, making it easier for it to fit into the small-scale surroundings.
By splitting the living quarters into six separate blocks linked by bridges, those crossing from one block to another have outside views to both sides. These interruptions give the corridors a street feel. The individual rooms were made tall enough to receive a mezzanine apiece to be used as a sleeping balcony or a study balcony. Erasing the normal storey height is not just a question of freeing space. Though the surface area including the sleeping balcony is basically no bigger than is customary for such rooms, it gives the sense of being a complete if minimal house in which you can easily create your own environment. This means that you can receive visitors without continually having to tidy up; it also makes habitation by two people easier. 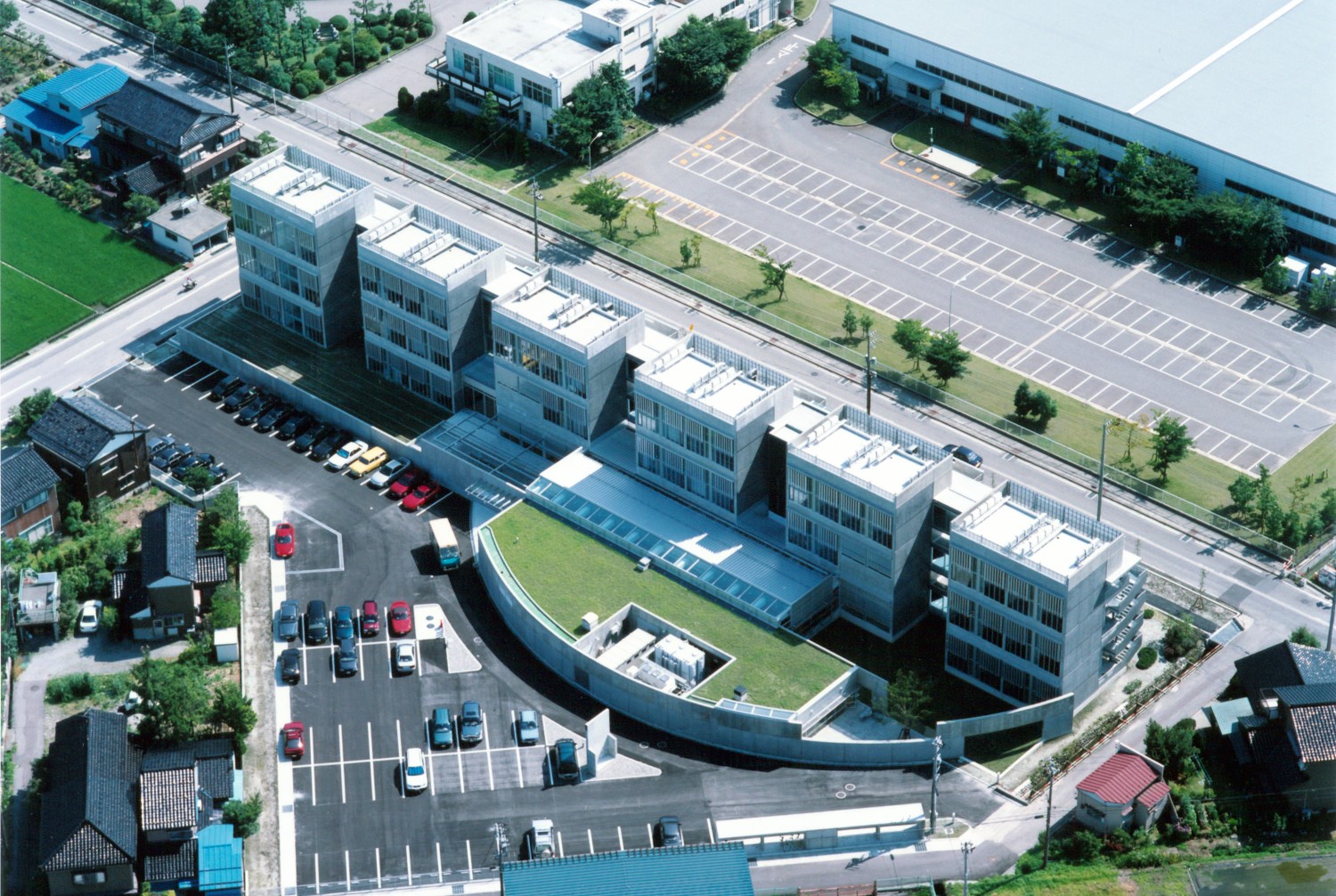 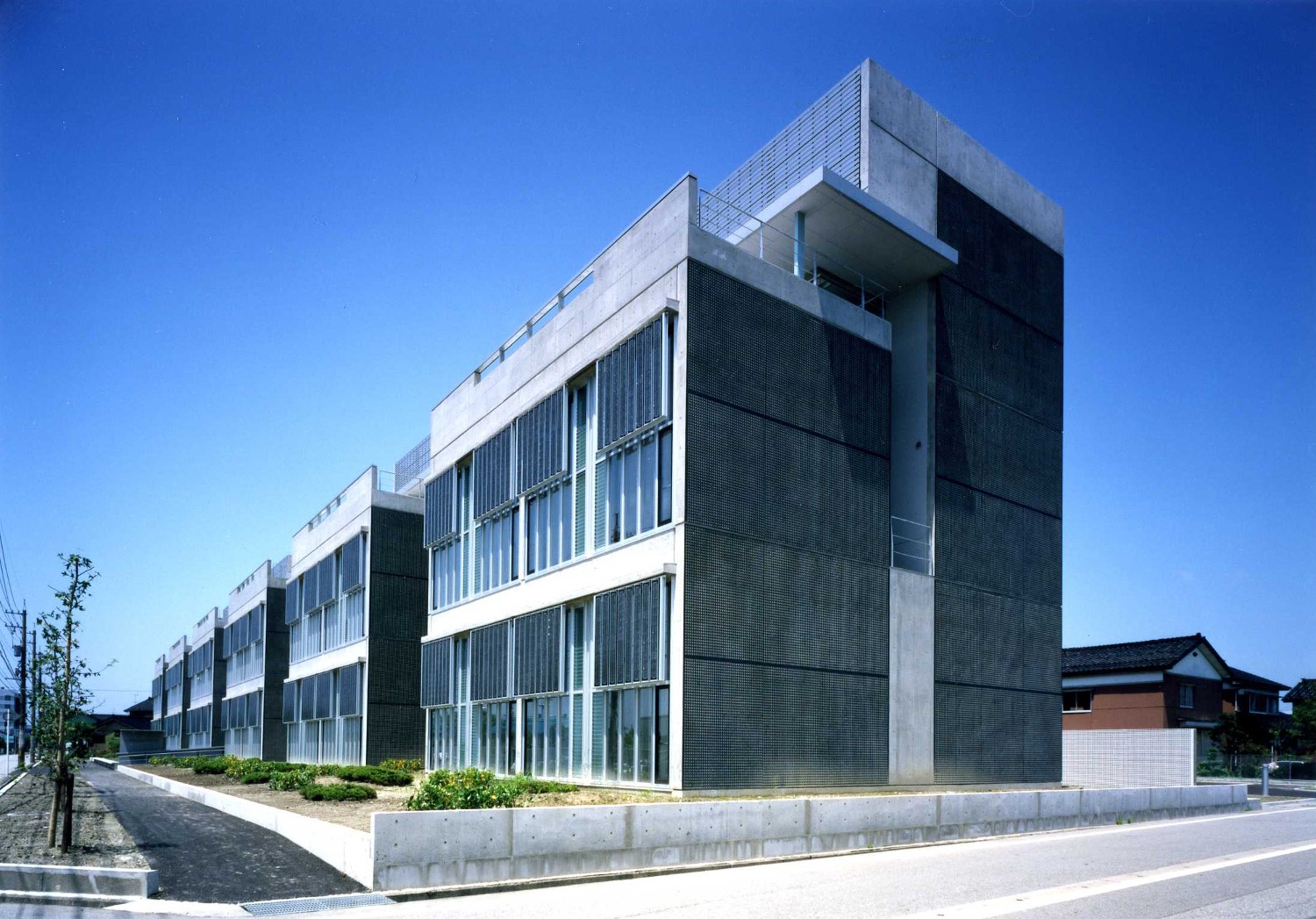 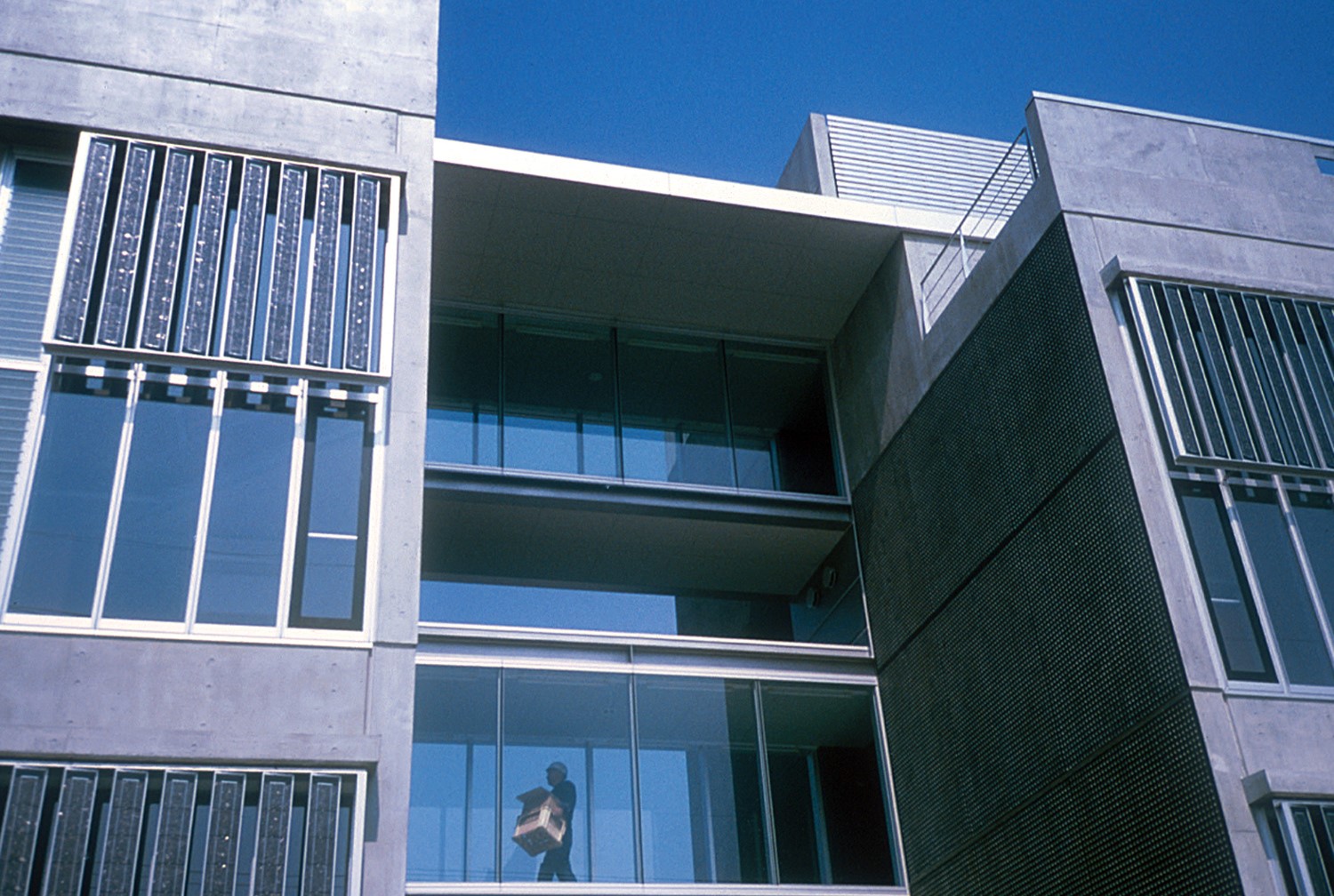 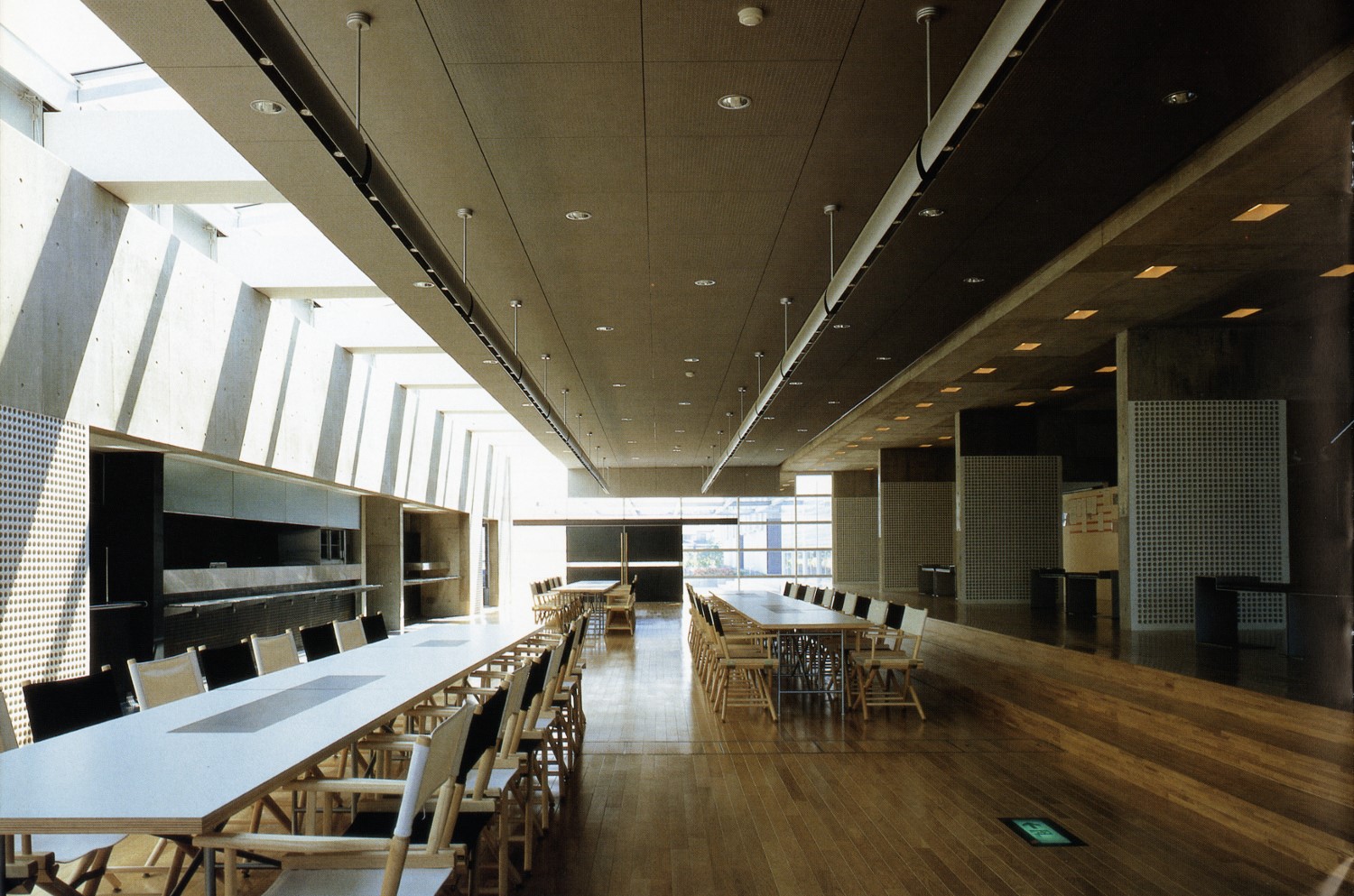 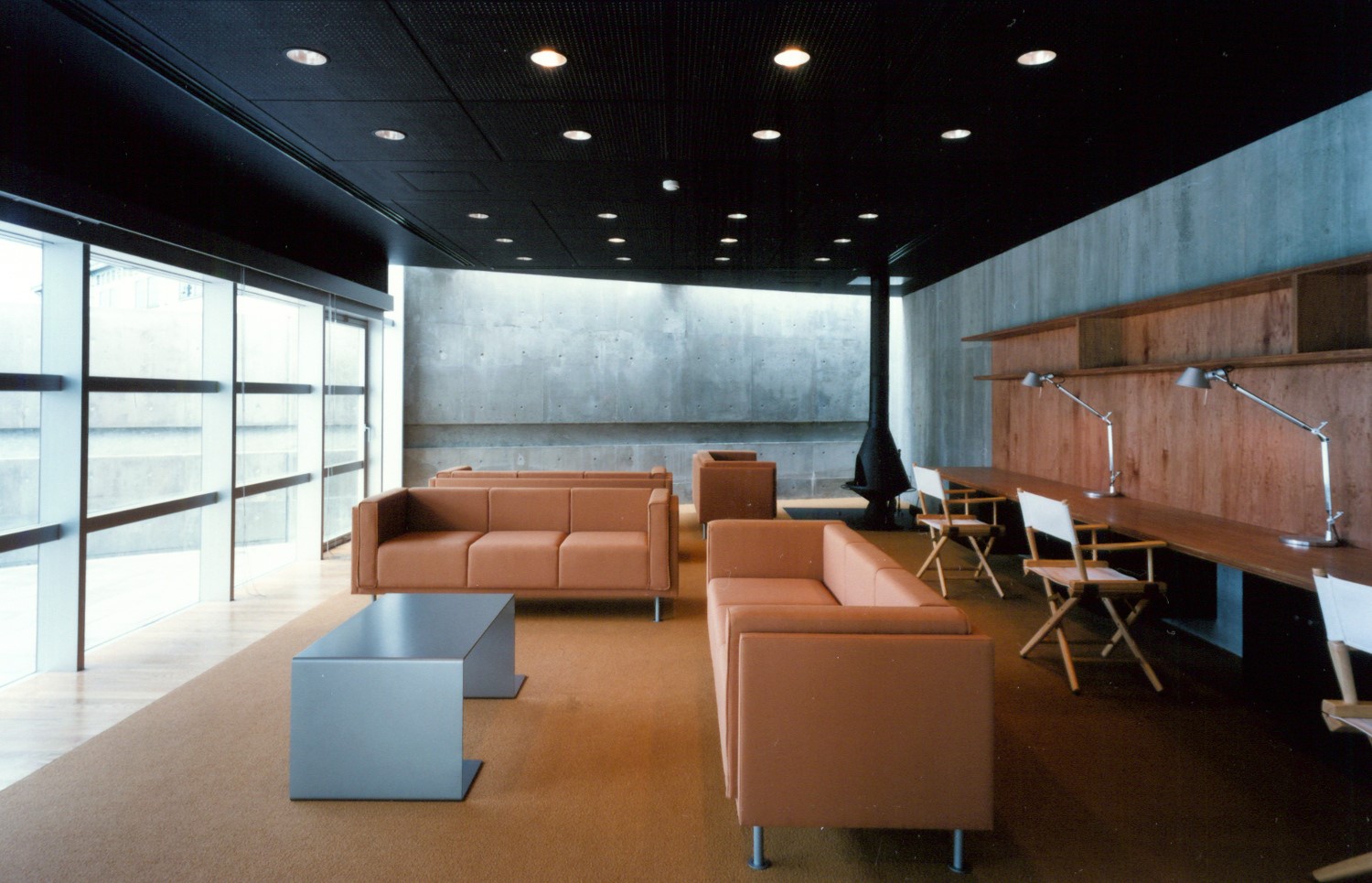 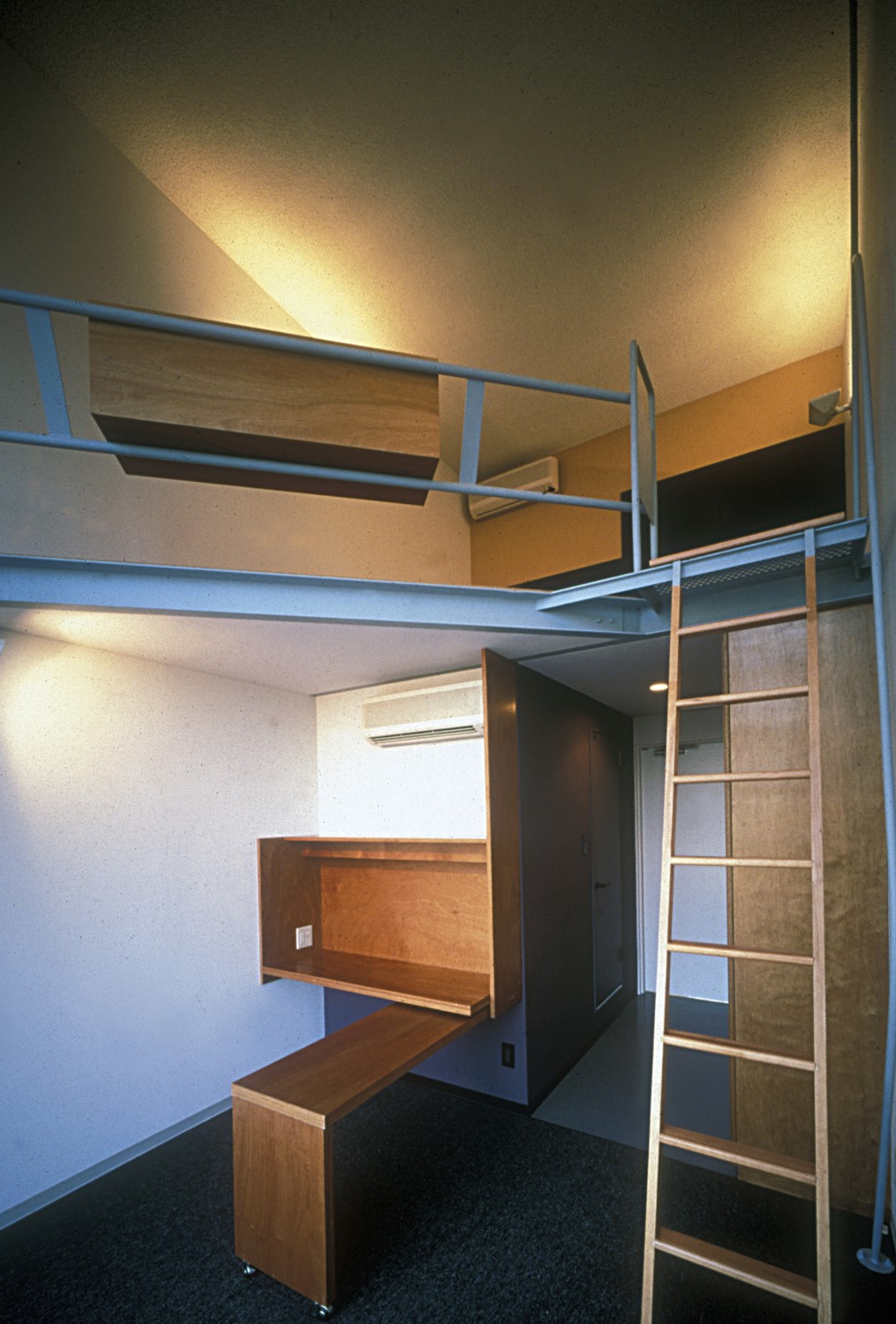 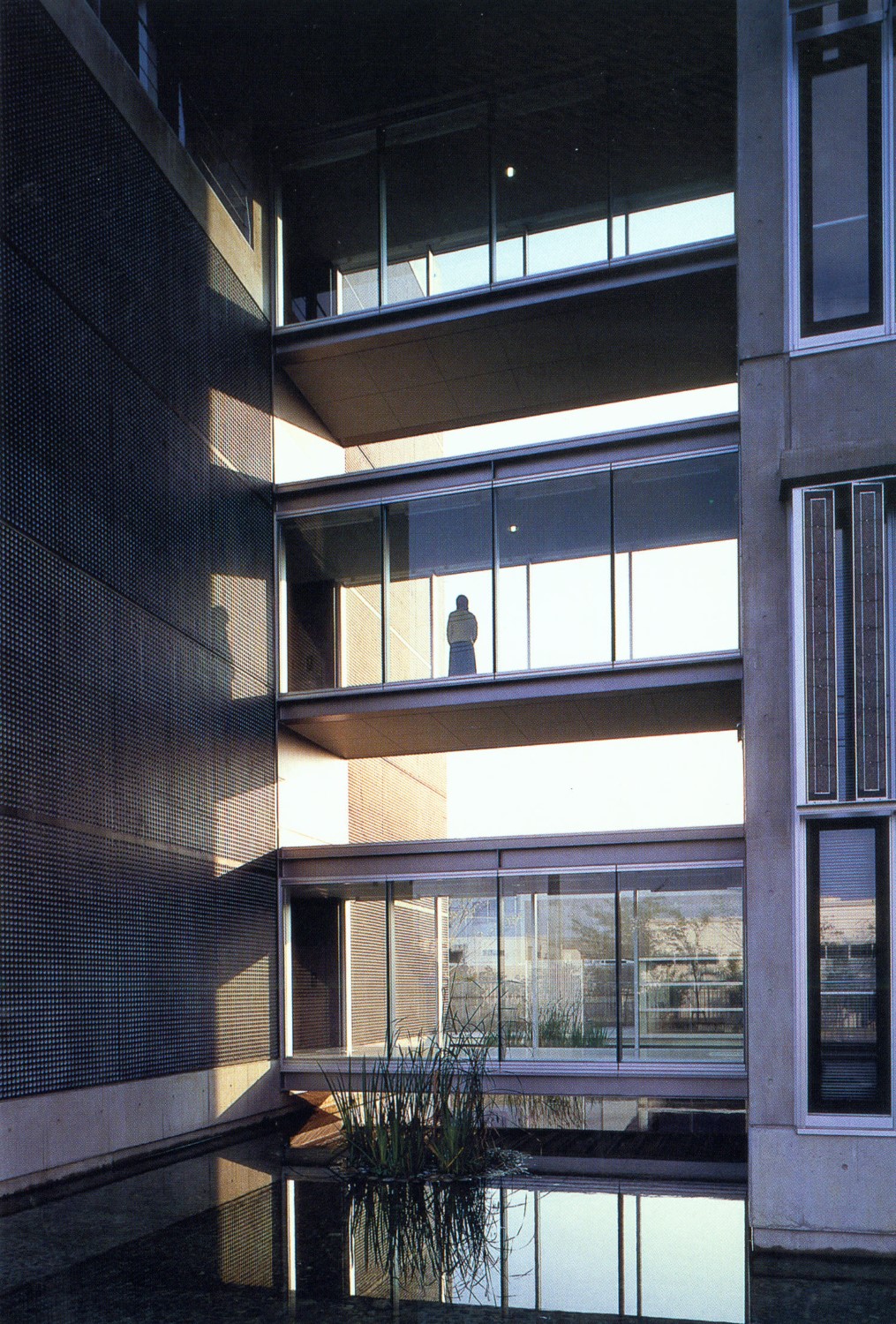 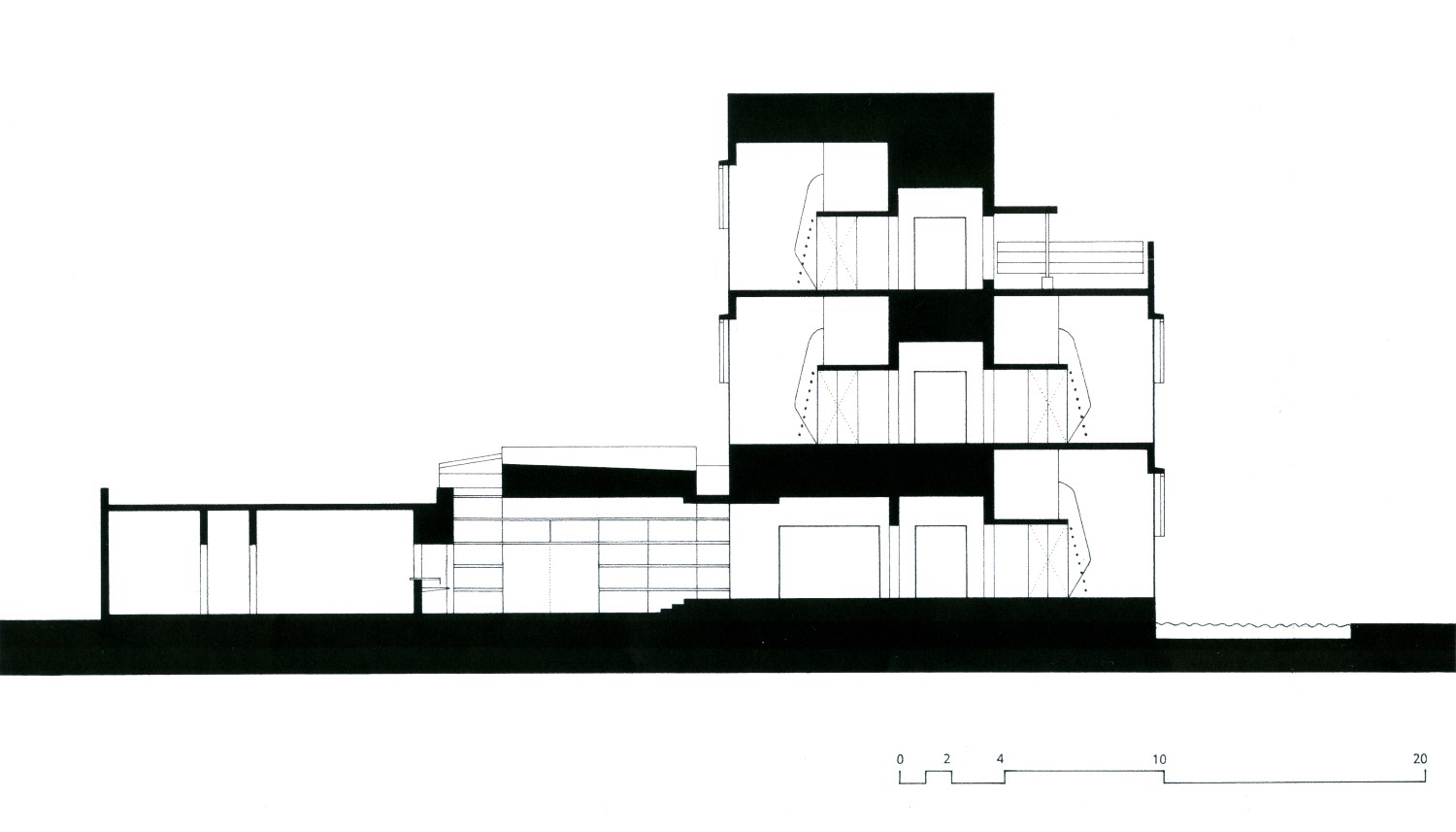 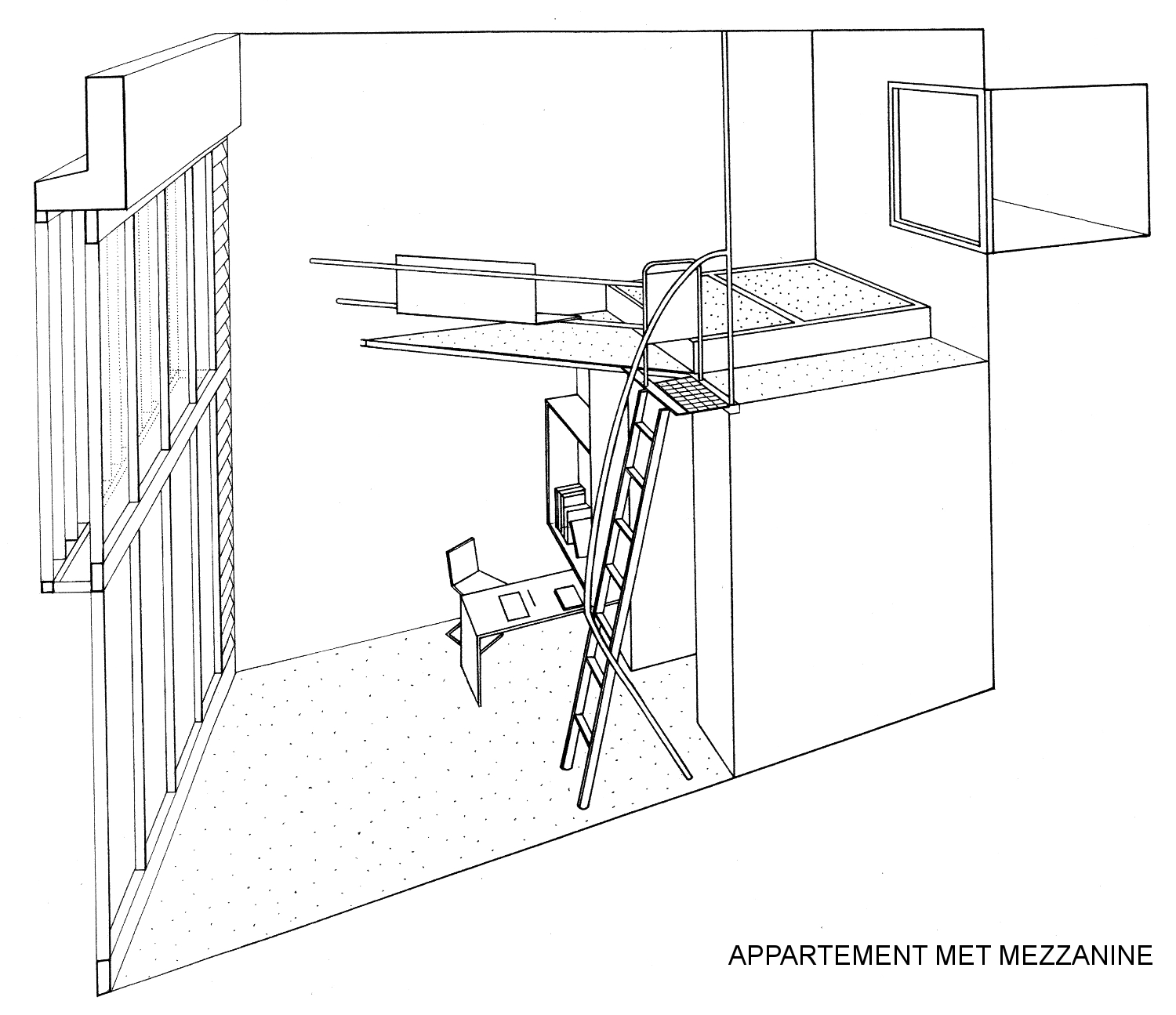 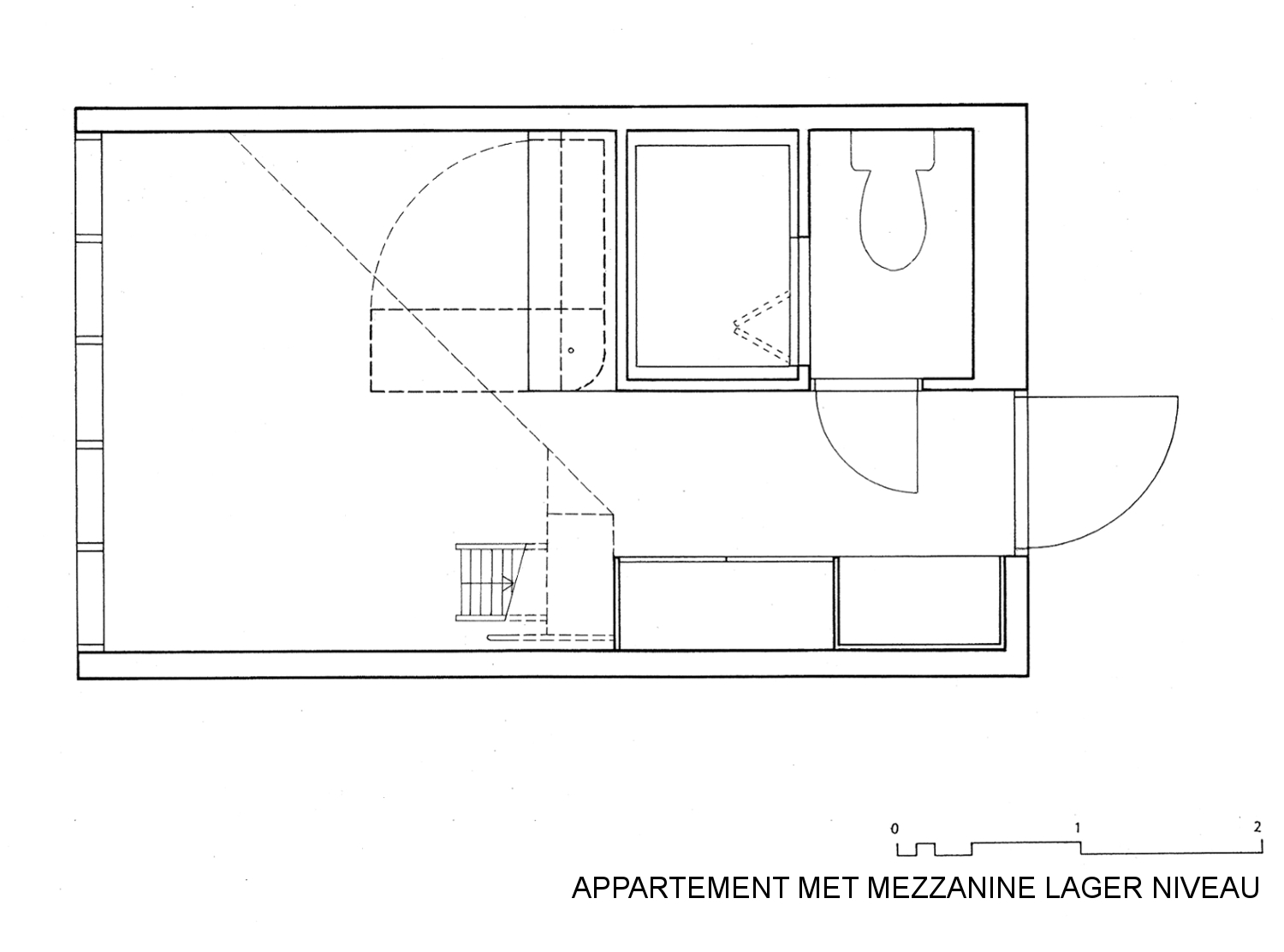 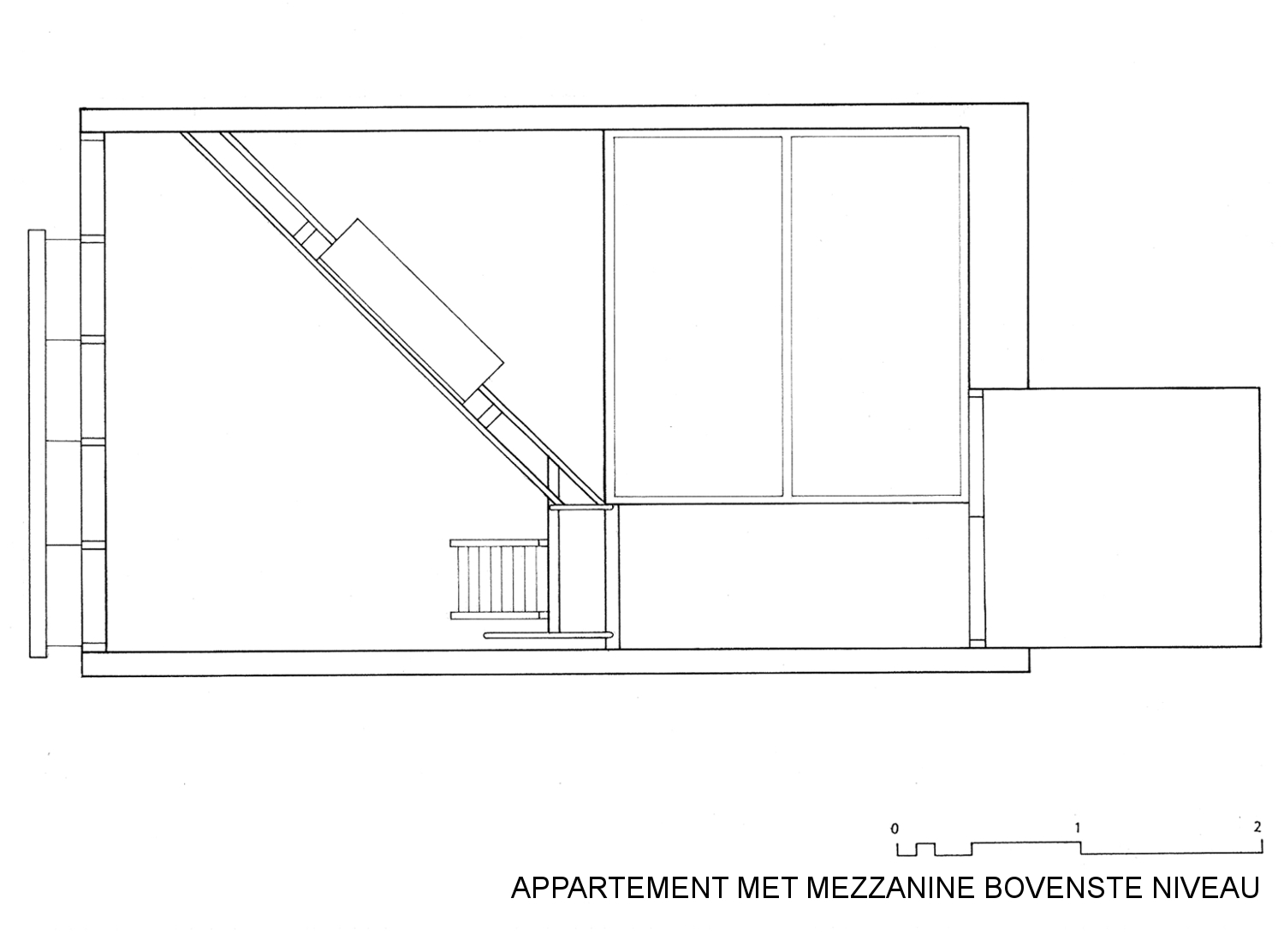