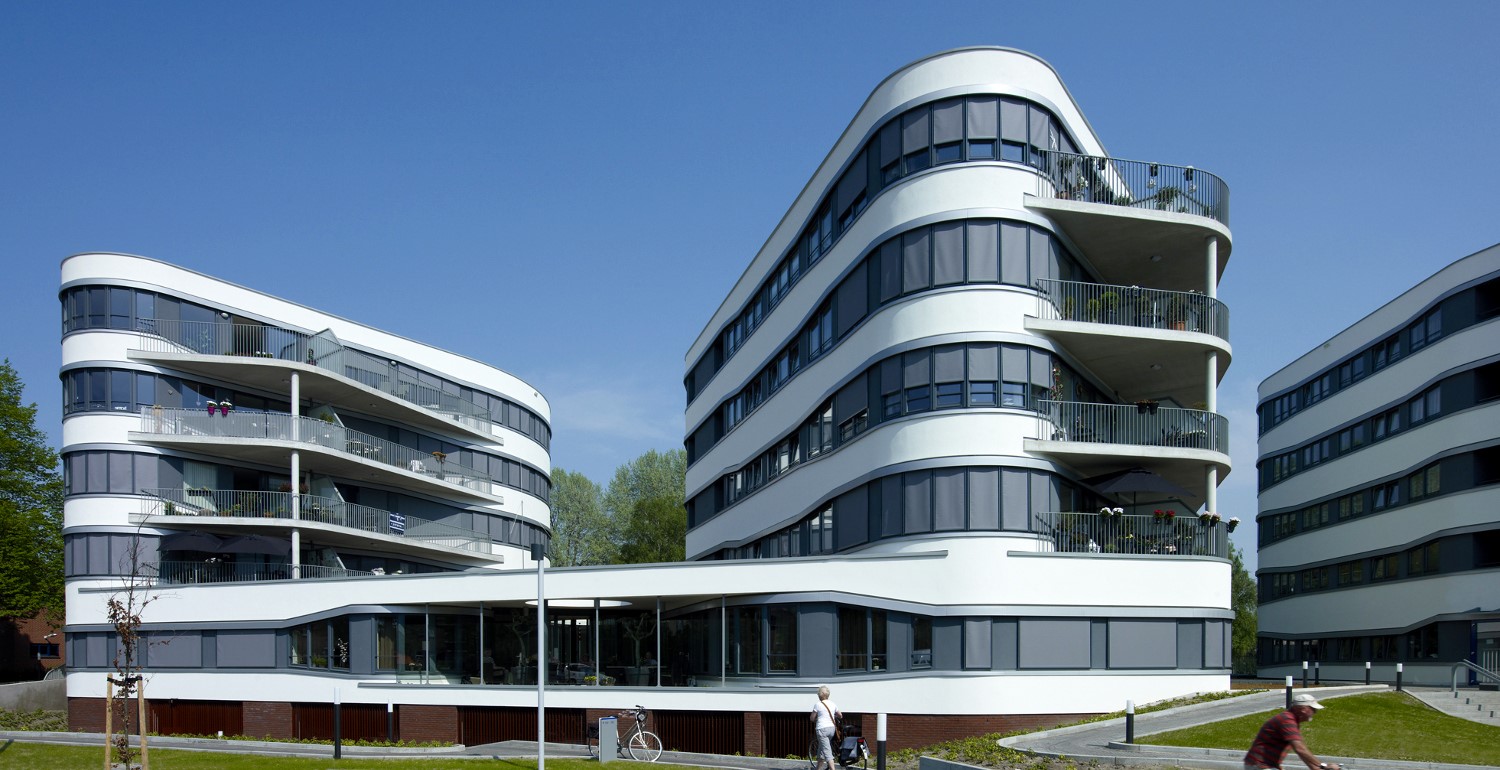 In Fall 2007, the team of Ons Huis and AHH started working on an intensive design project. Located on the corner of the Prins Willem Alexanderlaan and the Prinses Beatrixlaan in Apeldoorn, a leading residential block was to be constructed; 52 apartments, and a department of the care organisation Zorggroep Apeldoorn. The block was to be part of the redevelopment of a bigger area, which also included the restoration of an historical stream.

After a brainstorm period of two months, in which many models were shown, the final design emerged. Initially, we followed the zoning plan that required an elongated volume of five stories high. This, however, had no preference. Such a building would not suit the neighbourhood and had little to do with the morphology of Apeldoorn, that is characterised by the scale of detached villas. The division into three free-form volumes created a housing block that is much smaller and much more transparent at the same time by the diverse views through the blocks.

The upper levels all count four apartments, the balconies of which create the characteristic look of the building. Ribbon-shaped window frames that embrace the entire size of the building are alternated with white-plastered facades. From a distance, the shape of the volumes seems to change continuously when another perspective is taken: sometimes the volumes seem to be linked, sometimes they seem individual columns. 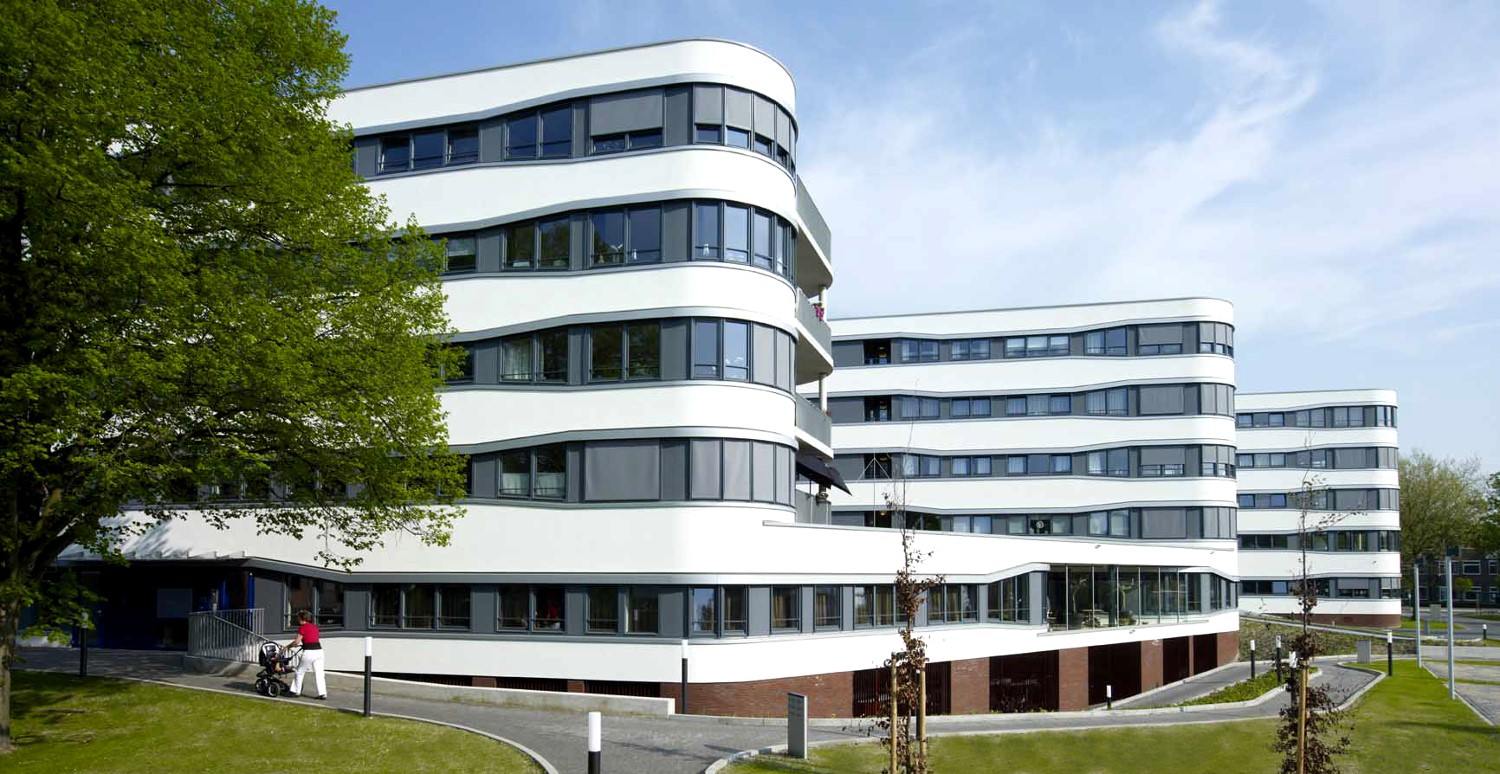 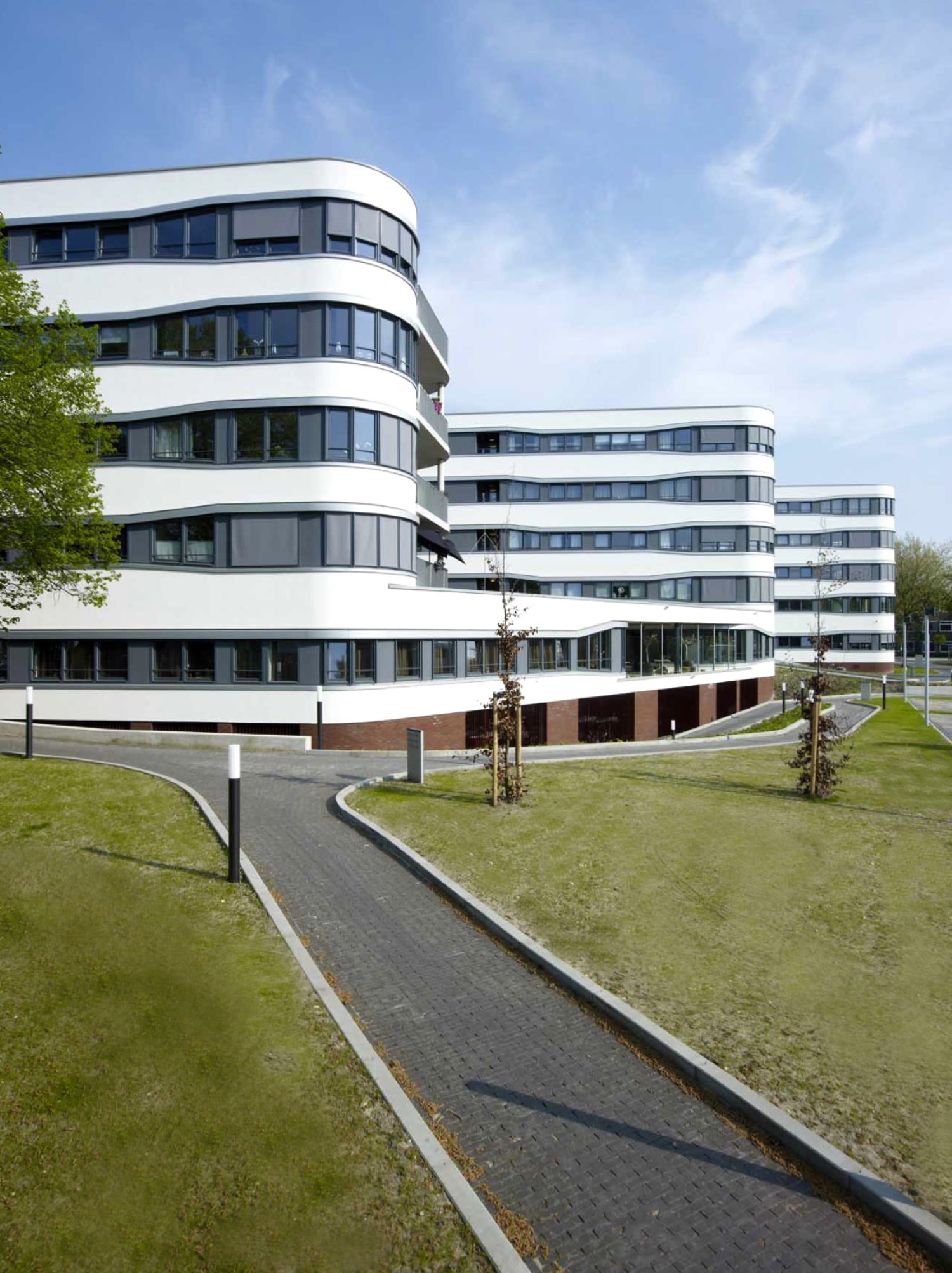 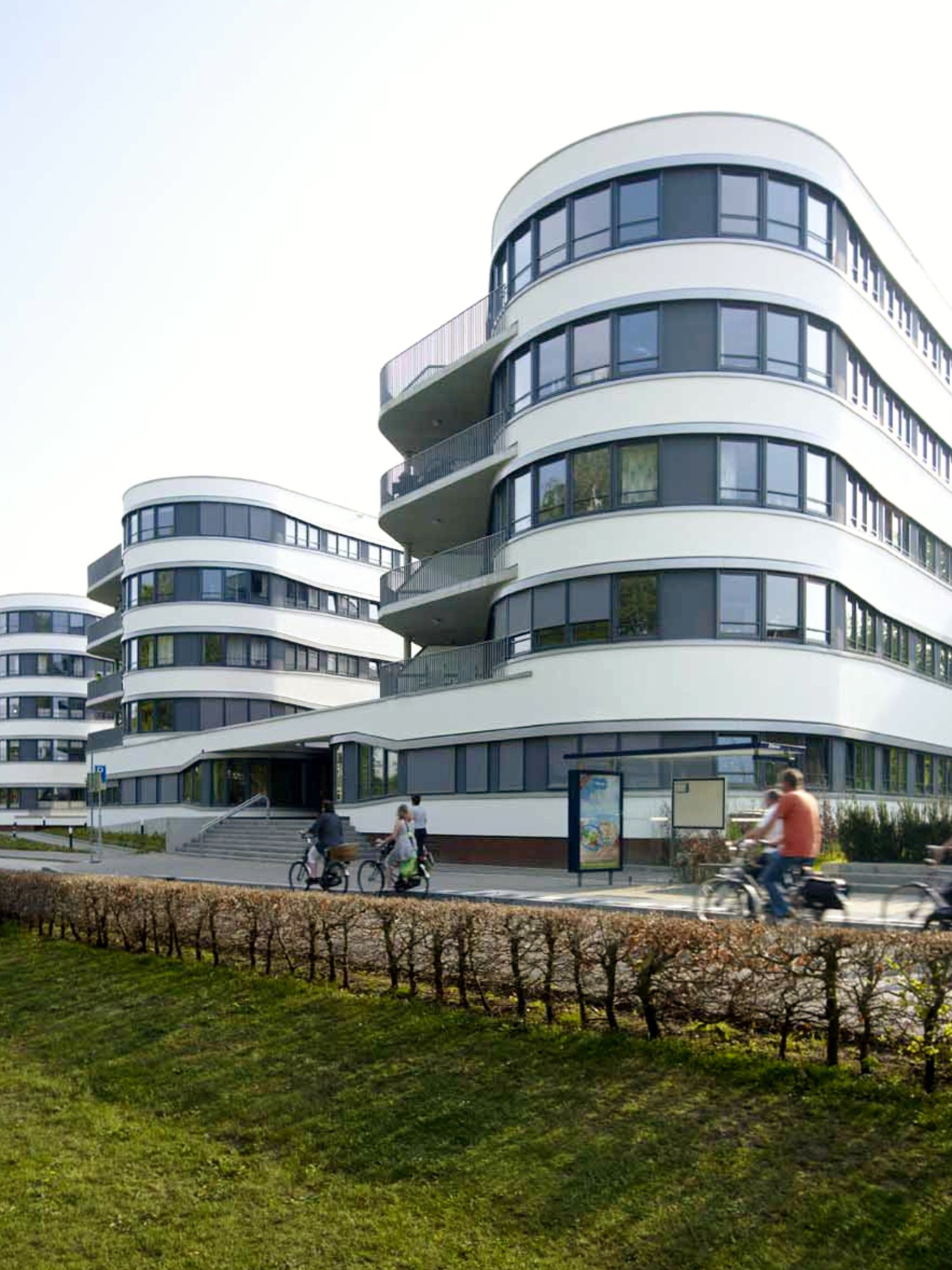 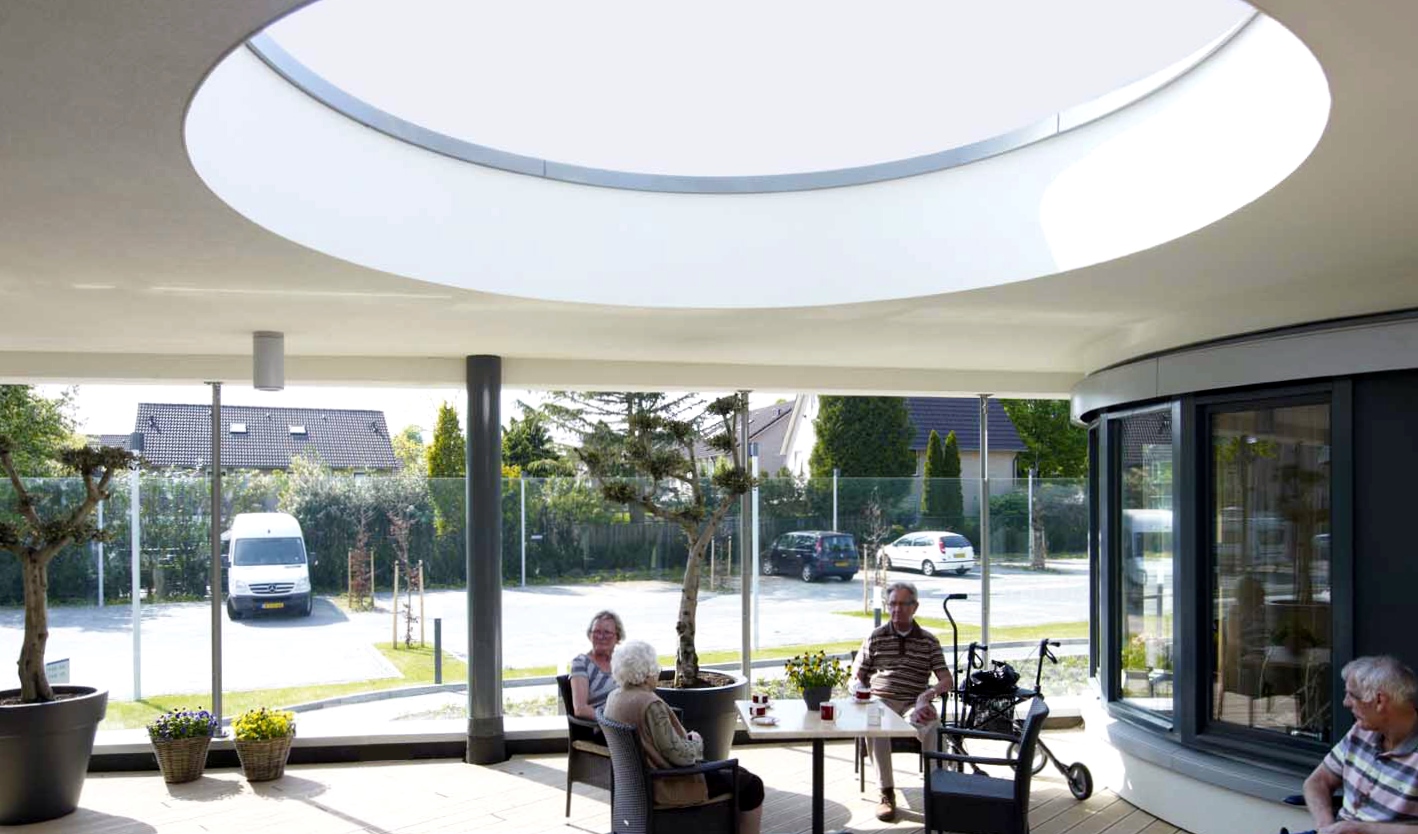 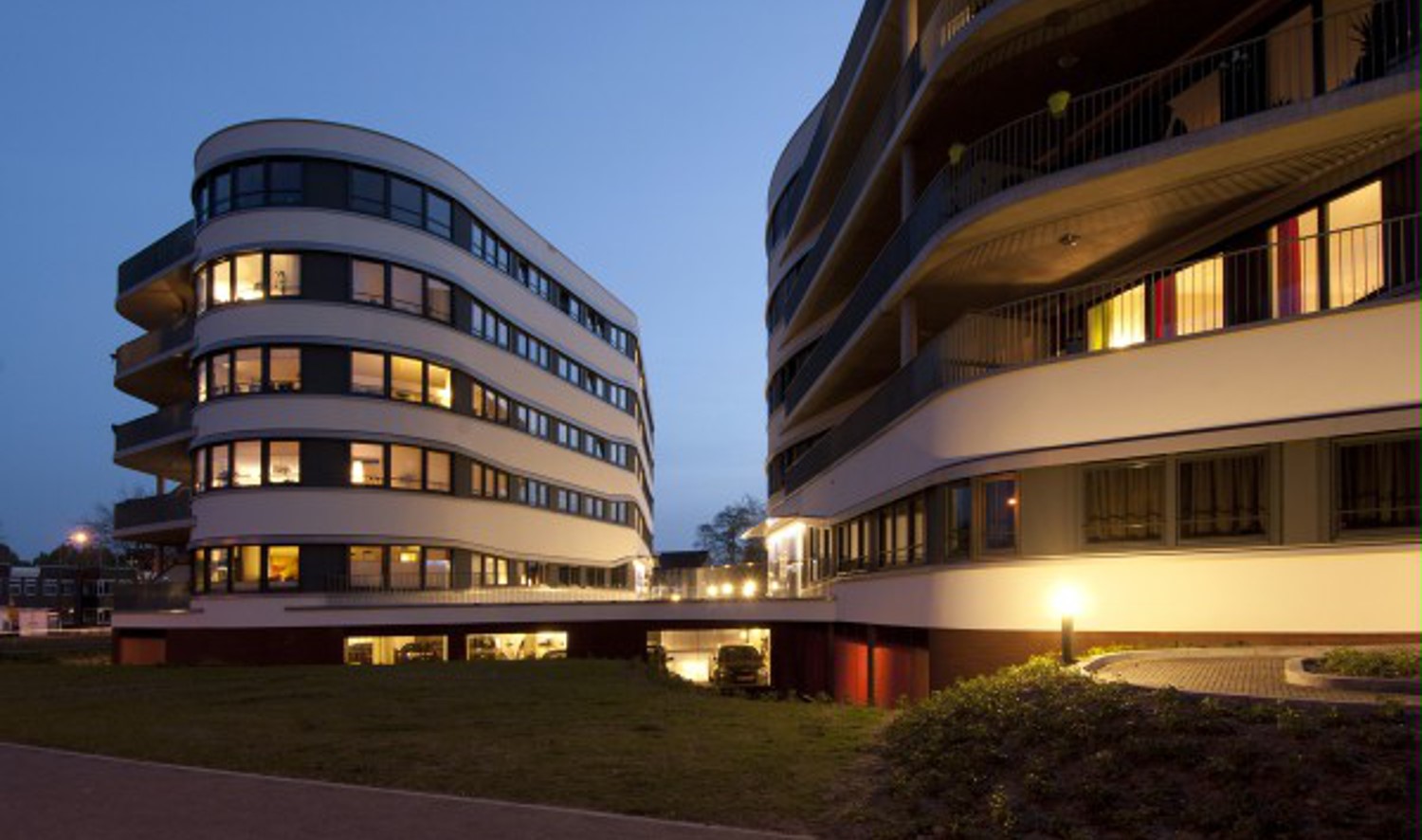 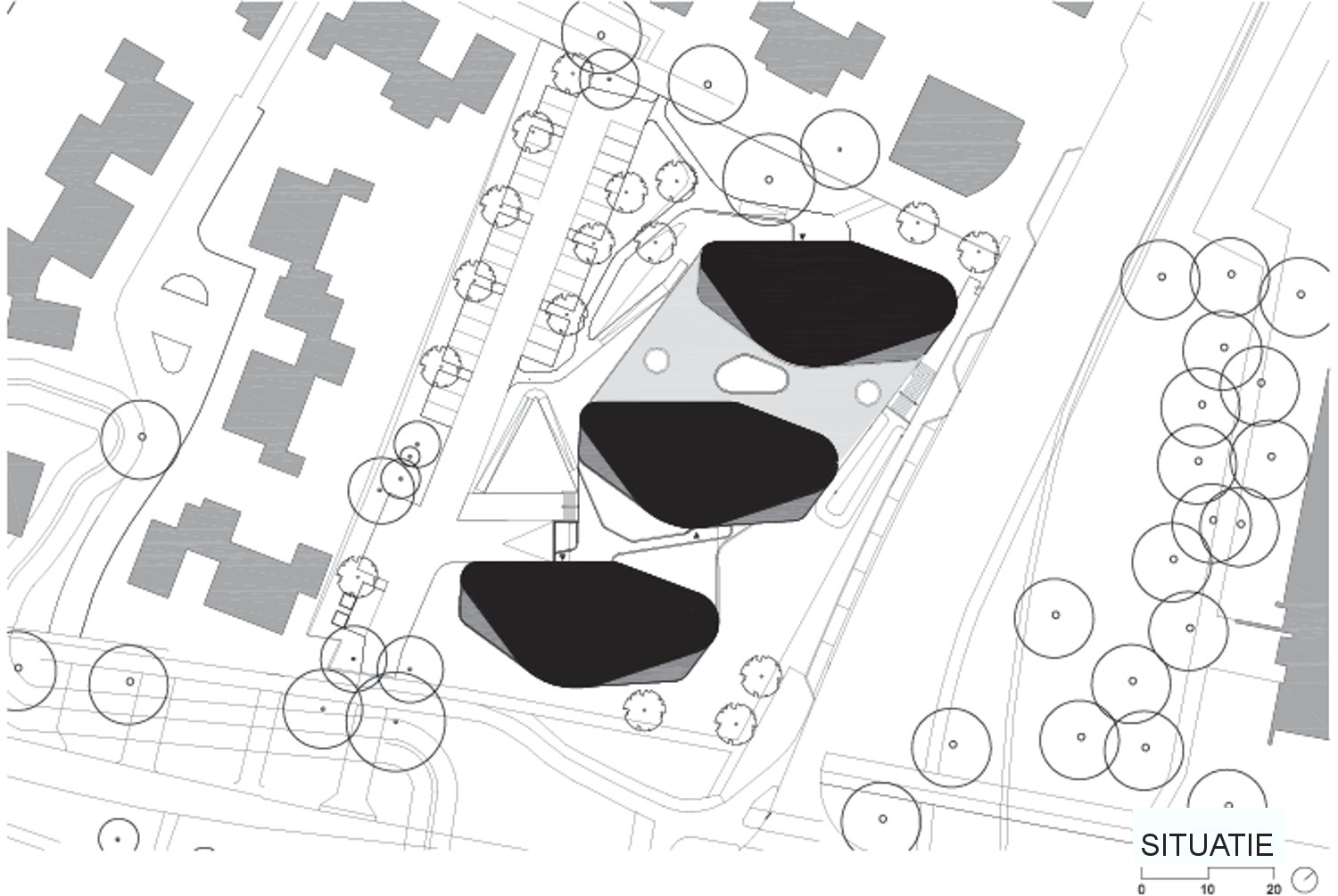 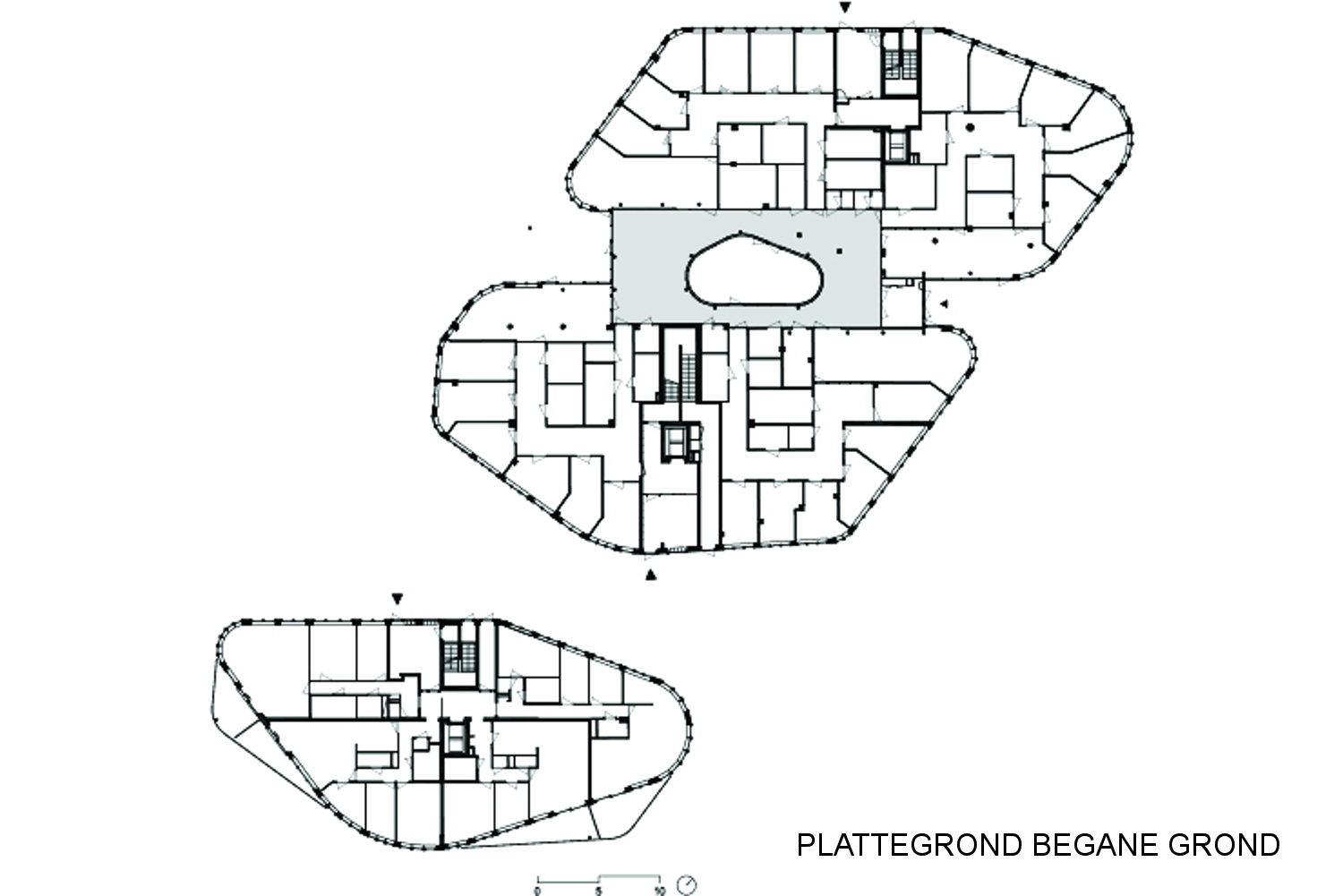 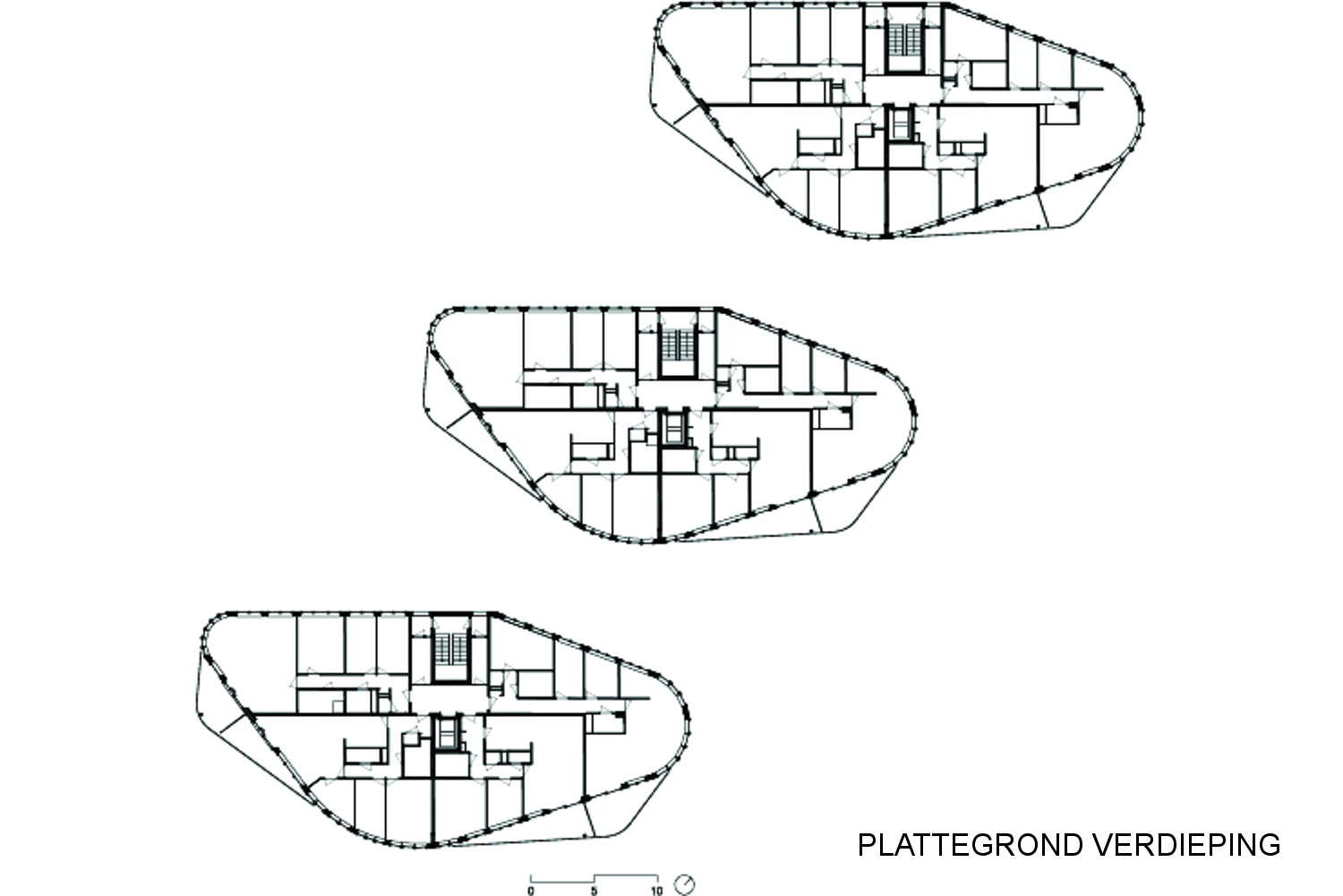 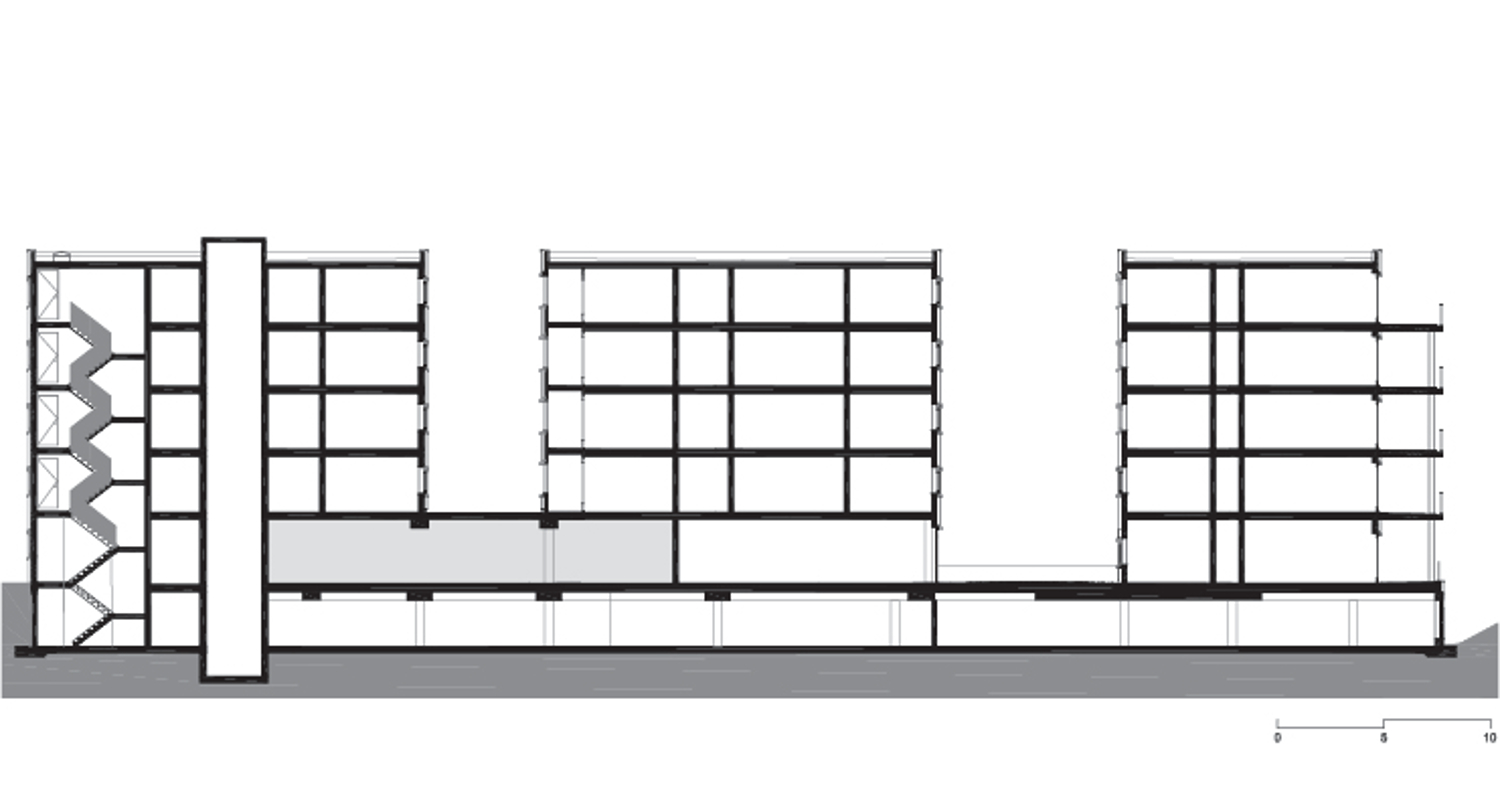 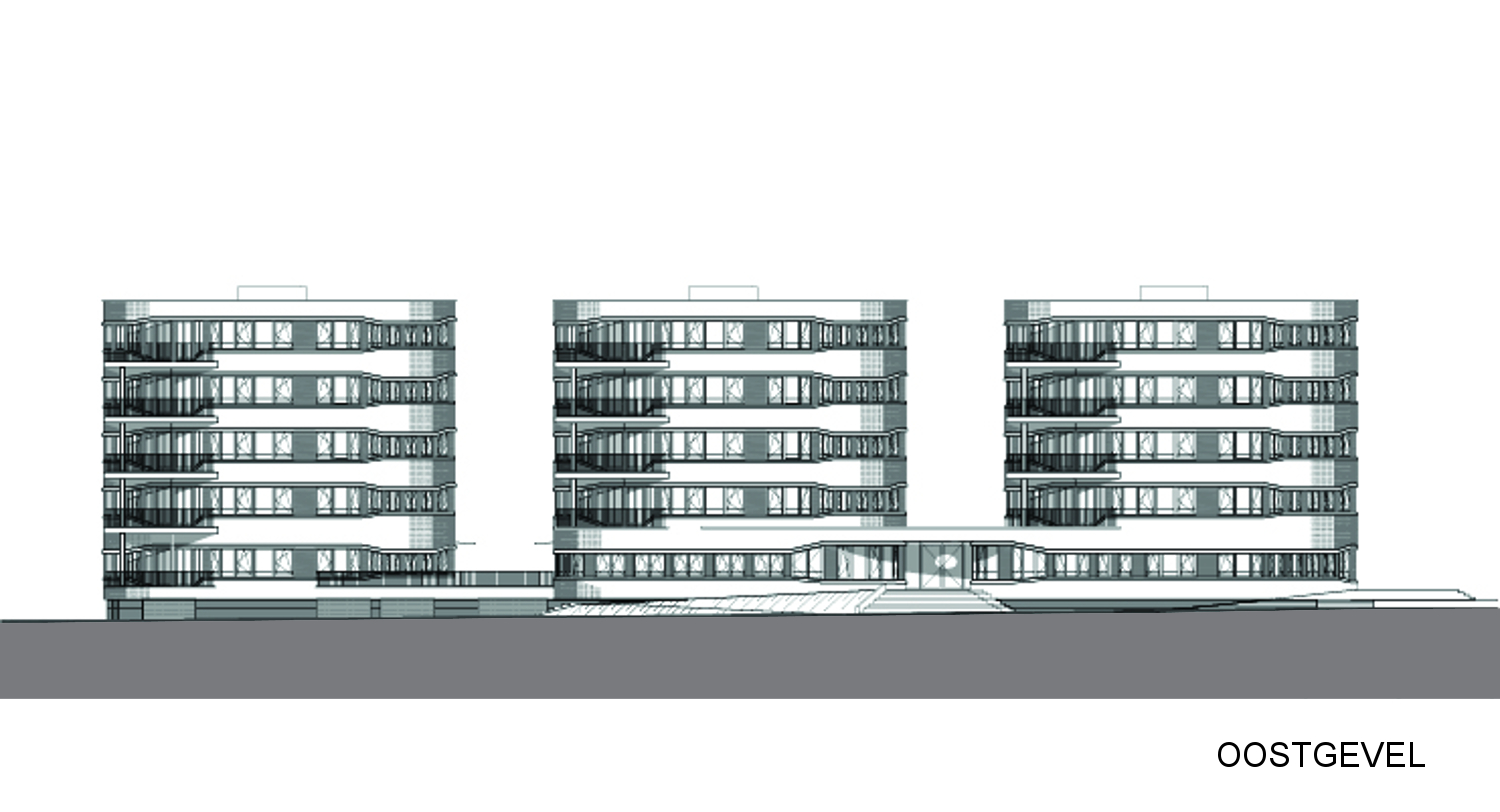