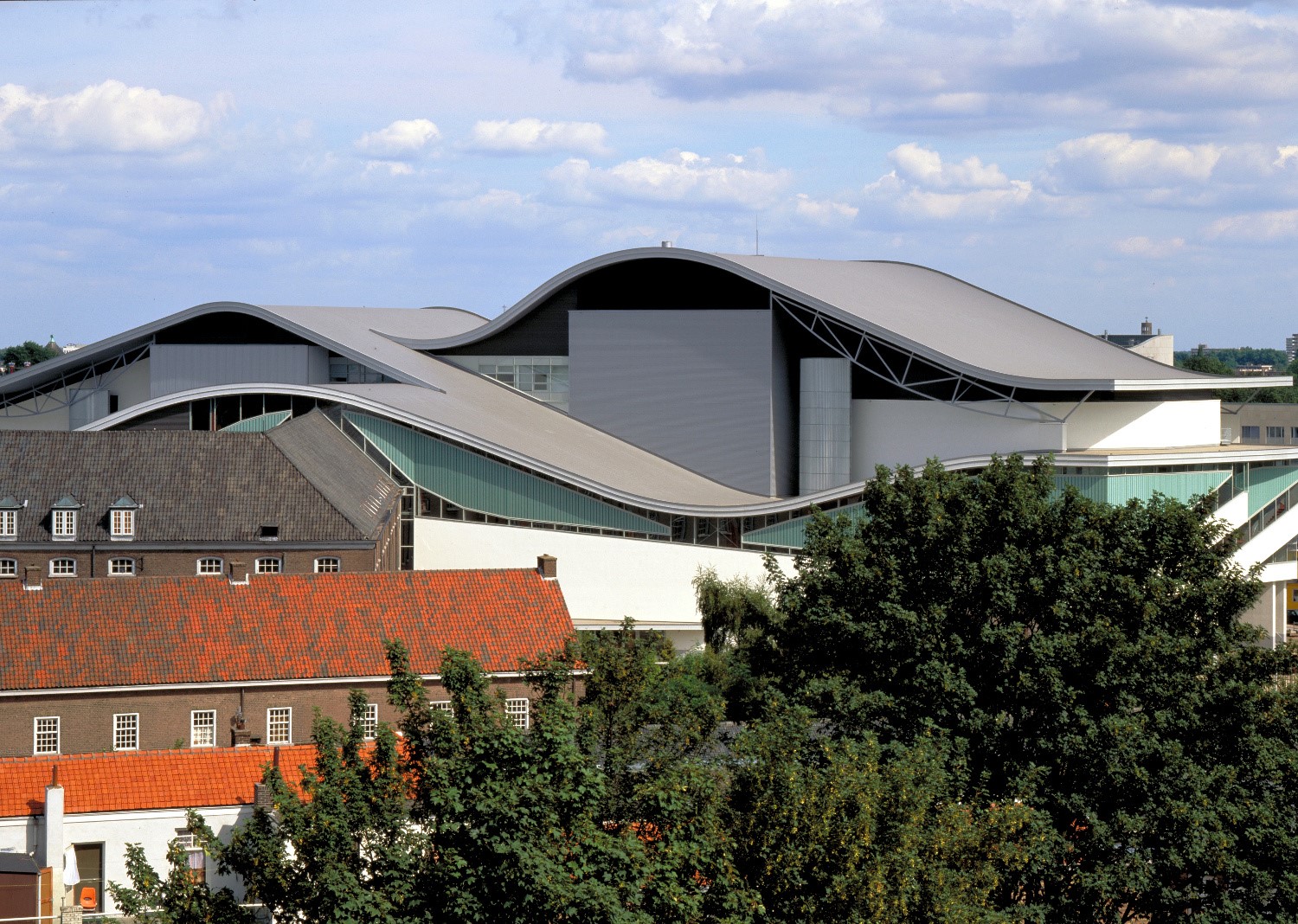 Breda's new city theatre is set in the periphery of the old town, freestanding, through to all purposes wedged, between the municipal offices and a 19th century barracks awaiting a new use. There are three auditoria, the main one with fixed seating for 1200, a medium-sized auditorium seating 500 in a flexible arrangement and doubling as concert hall, and a fringe theatre auditorium. Added to these are two film theatres. The scheme is designed so as organize the technology of the theatre to the full. To this end the stages of the three auditoria are turned towards the central backstage space, off which are the changing rooms and the loading bay for stage scenery. The position of the foyer along one side of the auditoria means that their entrances are concentrated on one side also; this was what generated the idea of asymmetrical auditoria. The entire complex is covered with an undulating full-length roof draped over the building like a blanket. 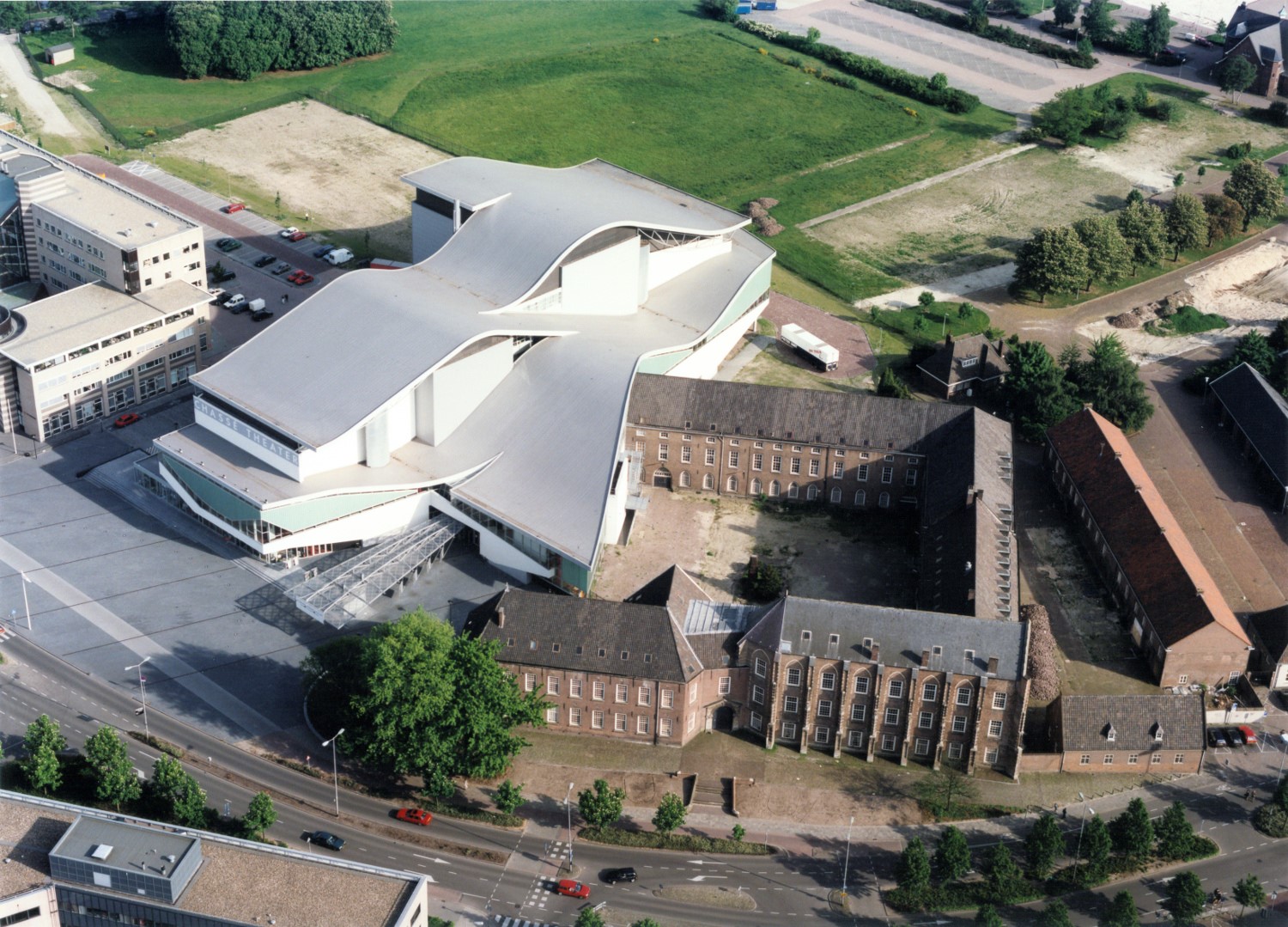 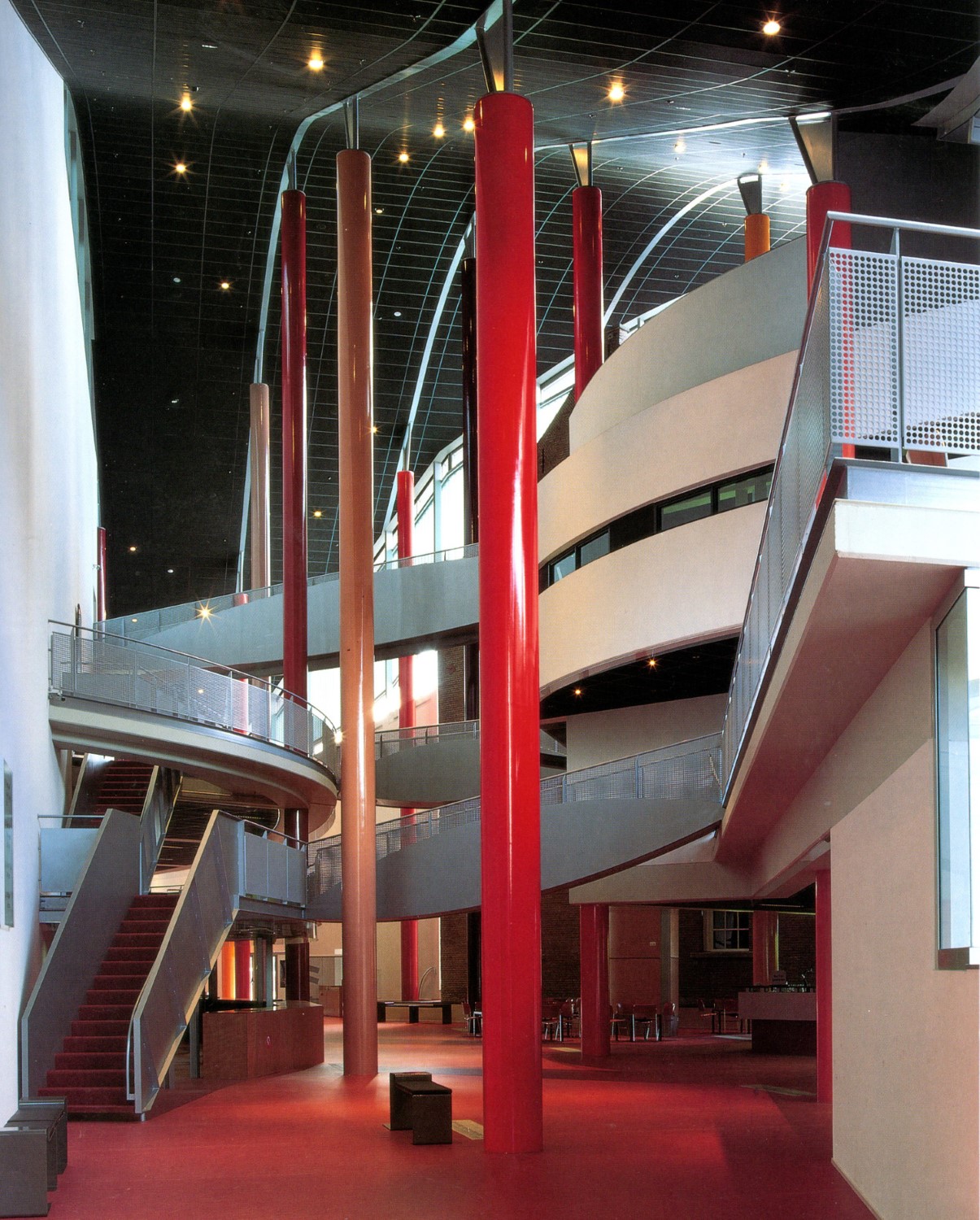 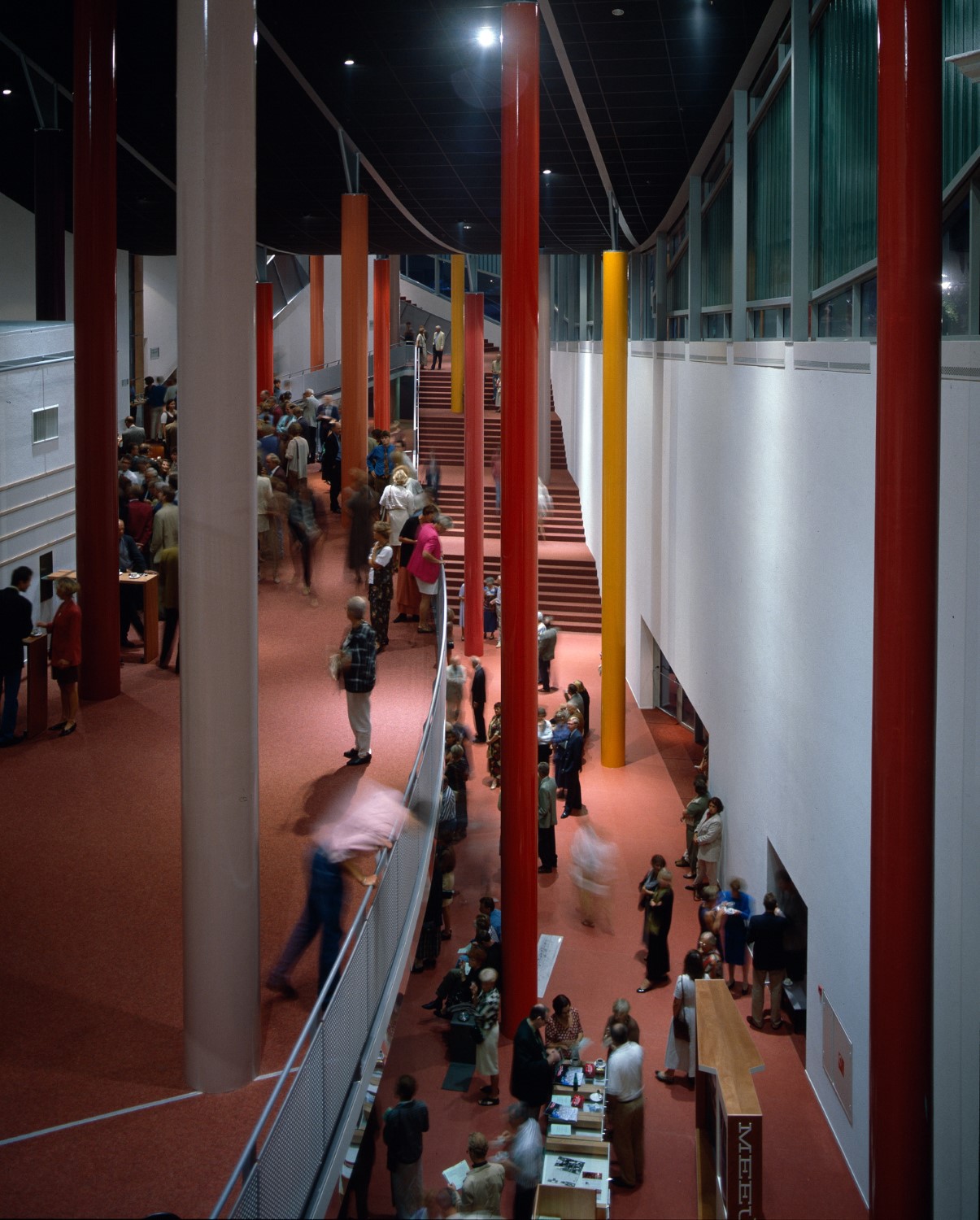 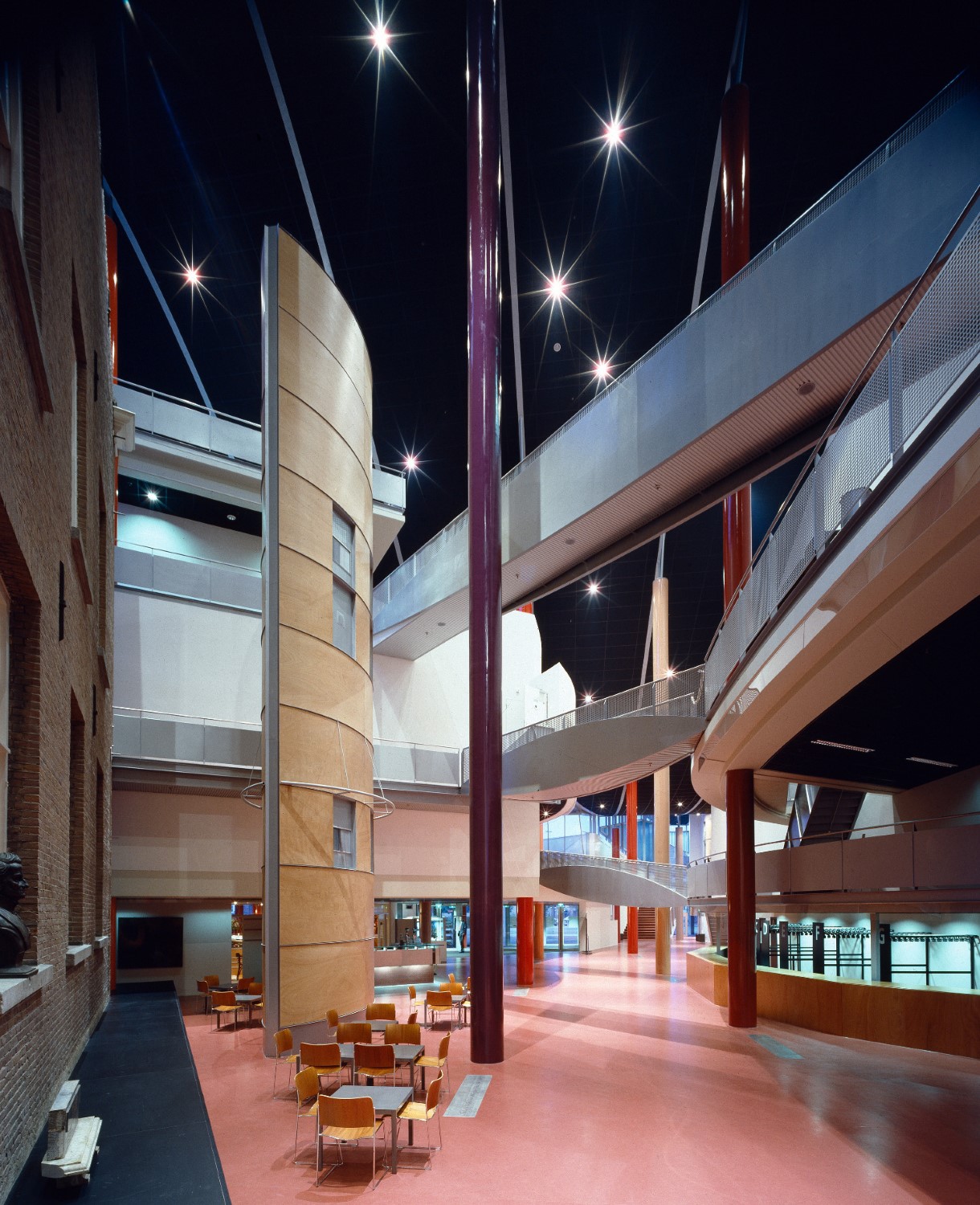 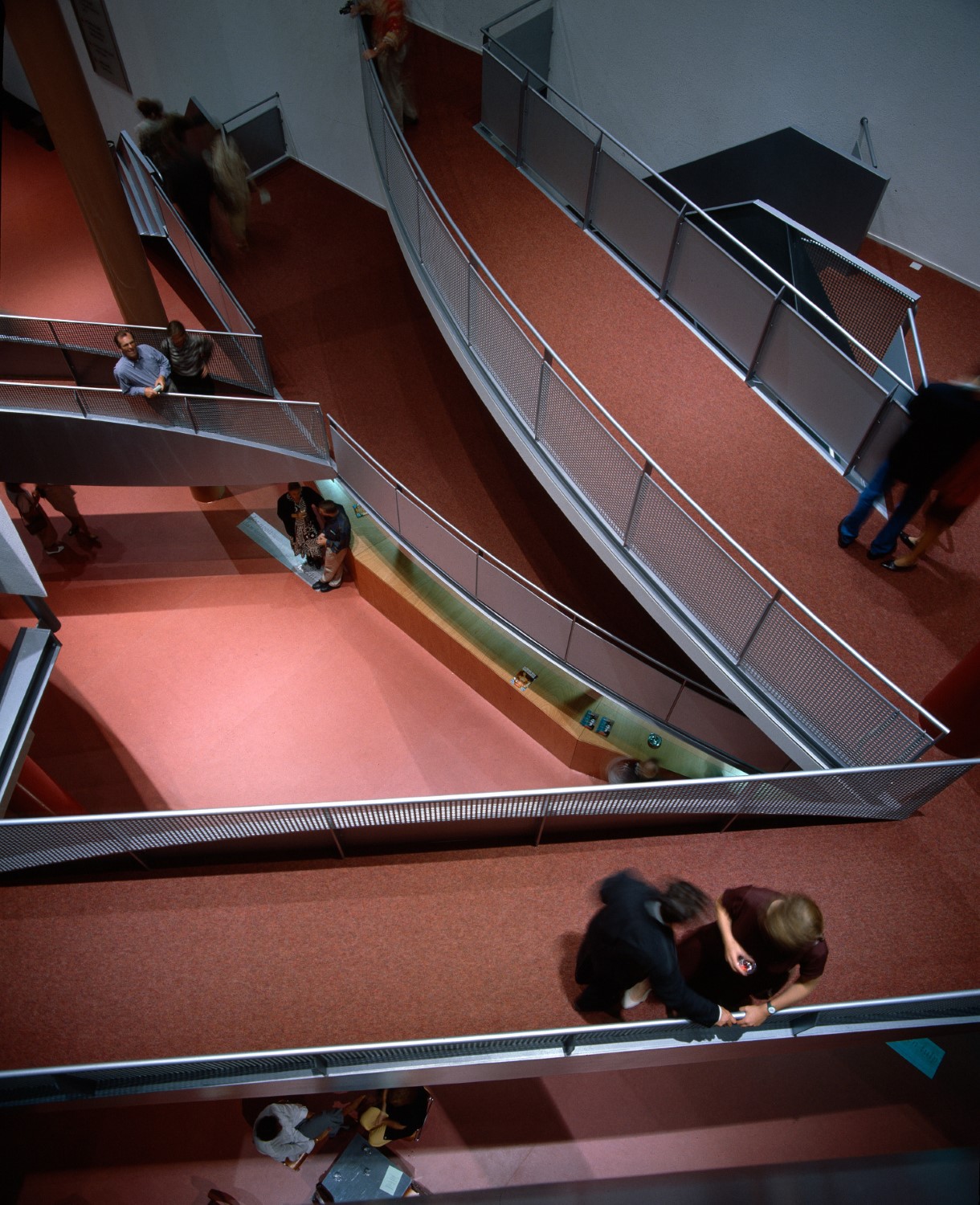 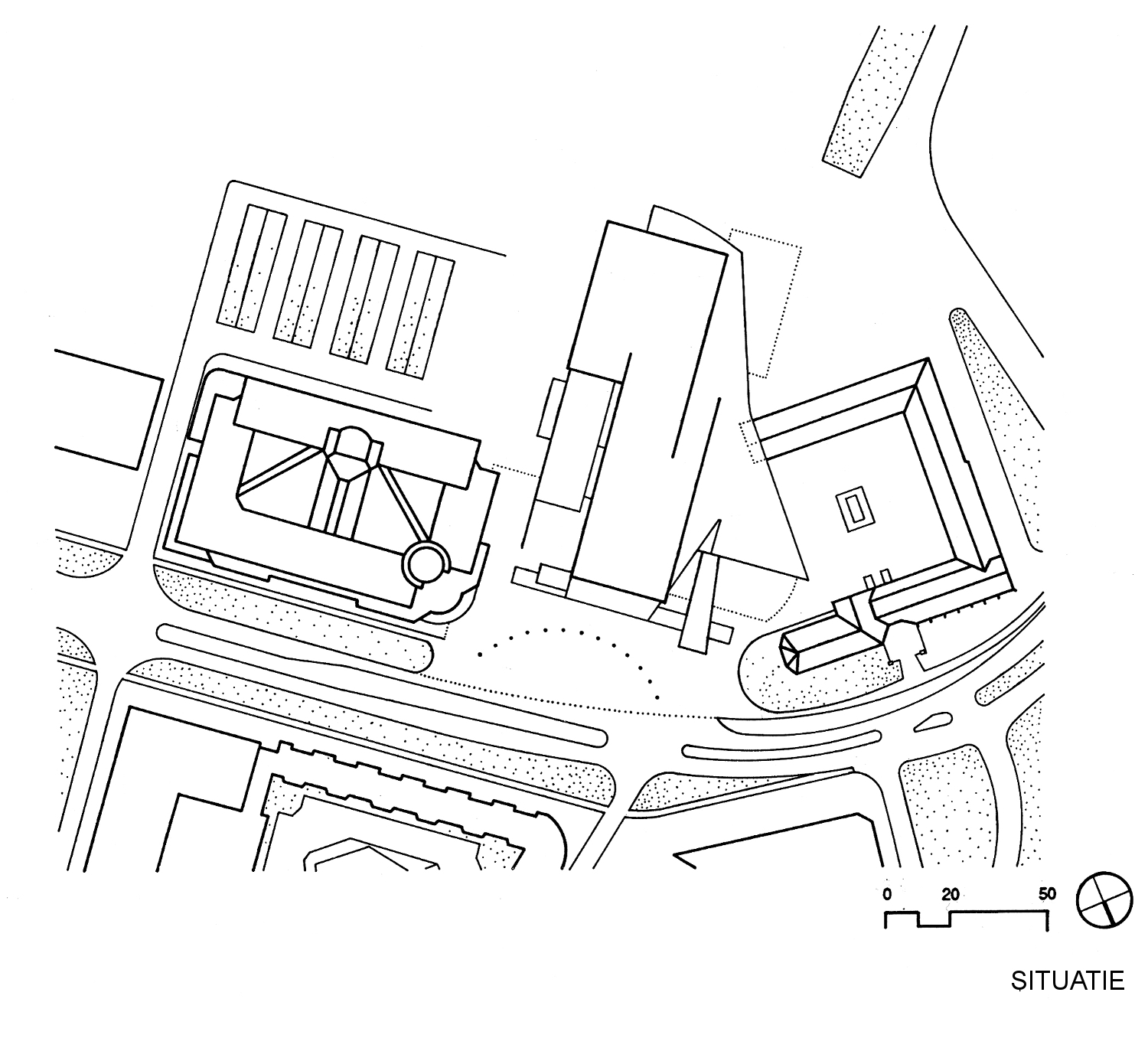 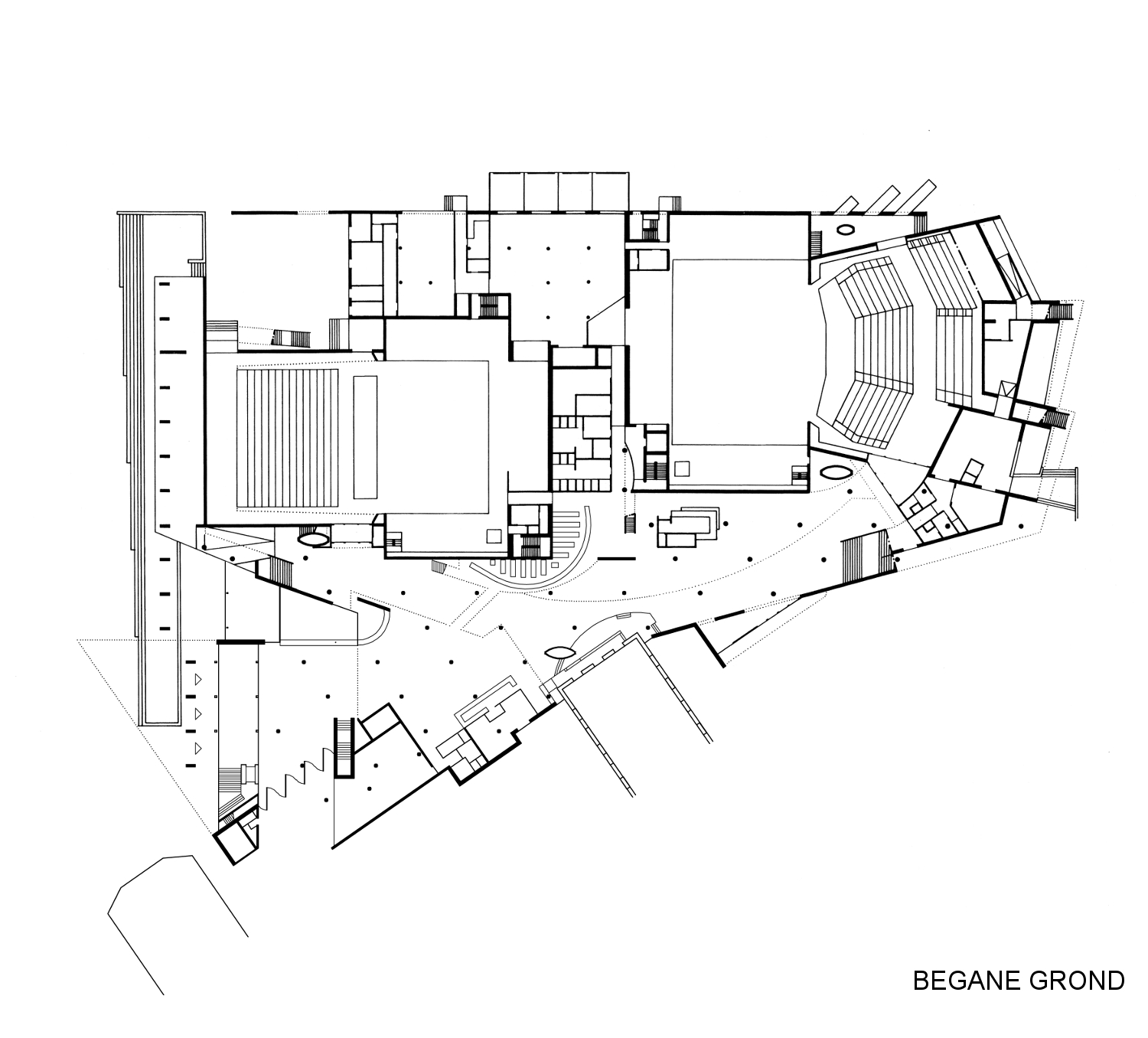