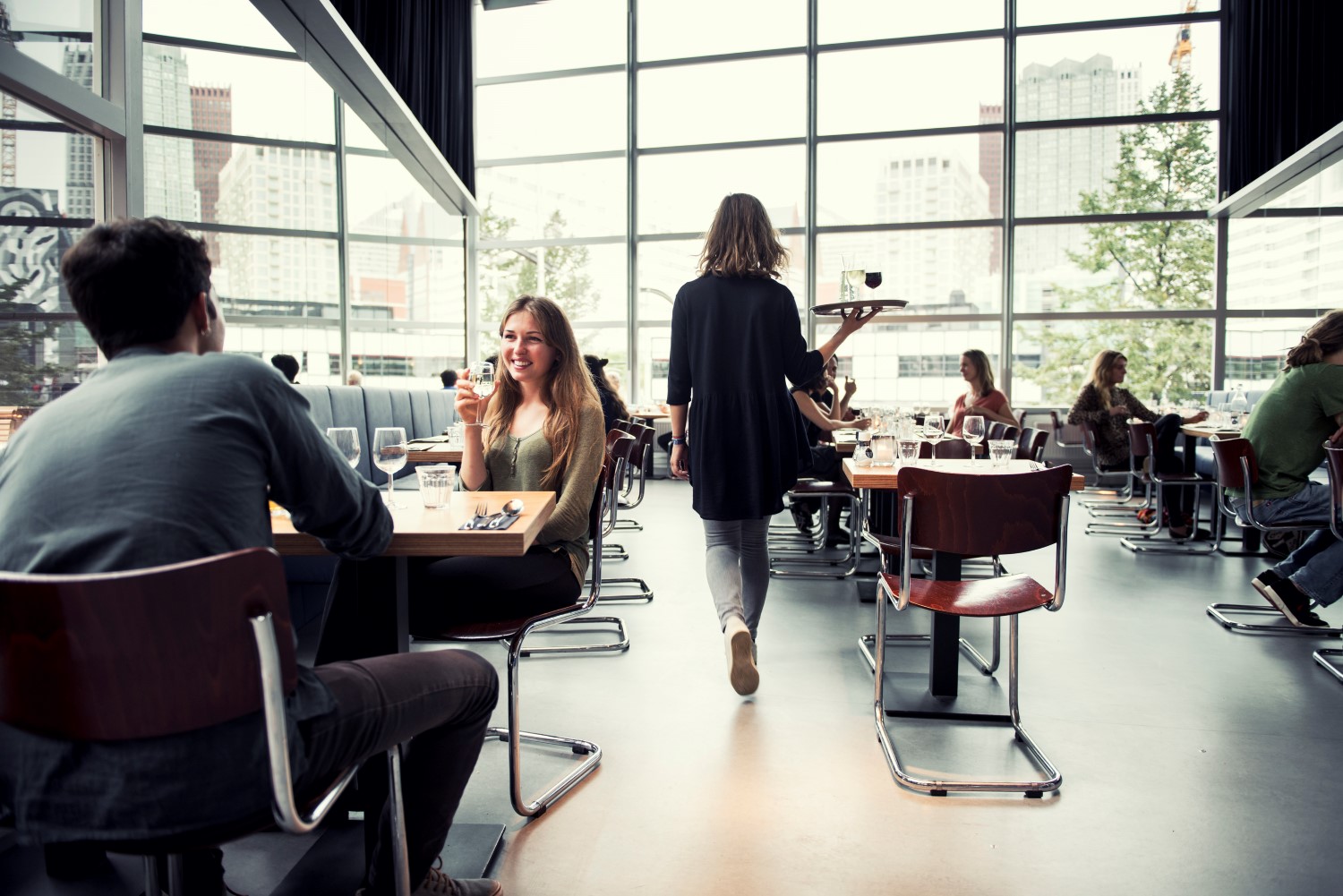 The restaurant of the movie theatre in The Hague that was designed by AHH in the early 90's, received a full update. Now it's not just a place to get a quick drink before the show starts, but the restaurant is now also a destination in itself. One can have lunch or dinner with a cinematic view of the Spuiplein. The five-meter high windows offer views of the Hague skyline from all directions. The large staircase invites you to lounge with views of the surroundings and the other visitors.

Marijke Hendrikx says it as follows in Den Haag Direct (Dutch only): "It's an experience to be in there in evening when the lights are on. It connects inside with outside and gives you a window to the world." "This is reinforced by the mirror wall you look at, which also reflects the outer panorama." 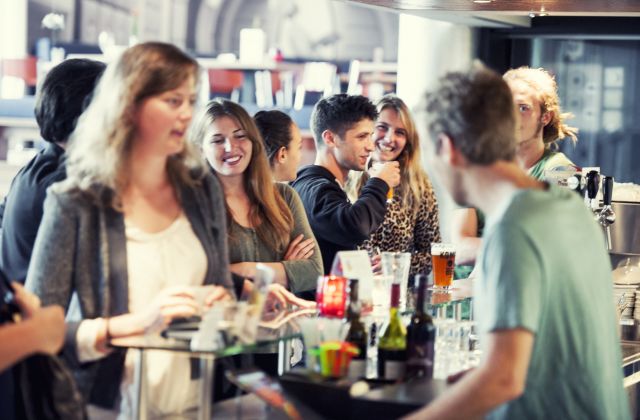 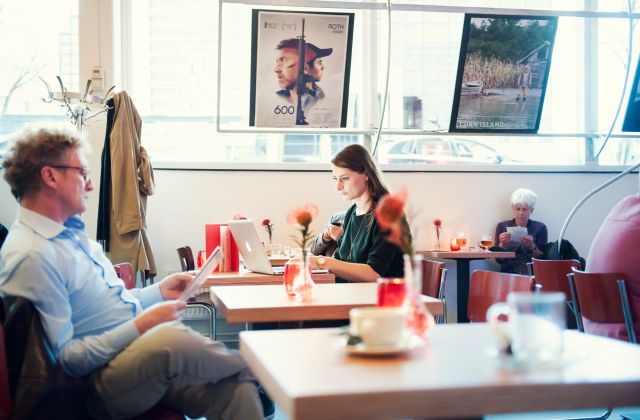 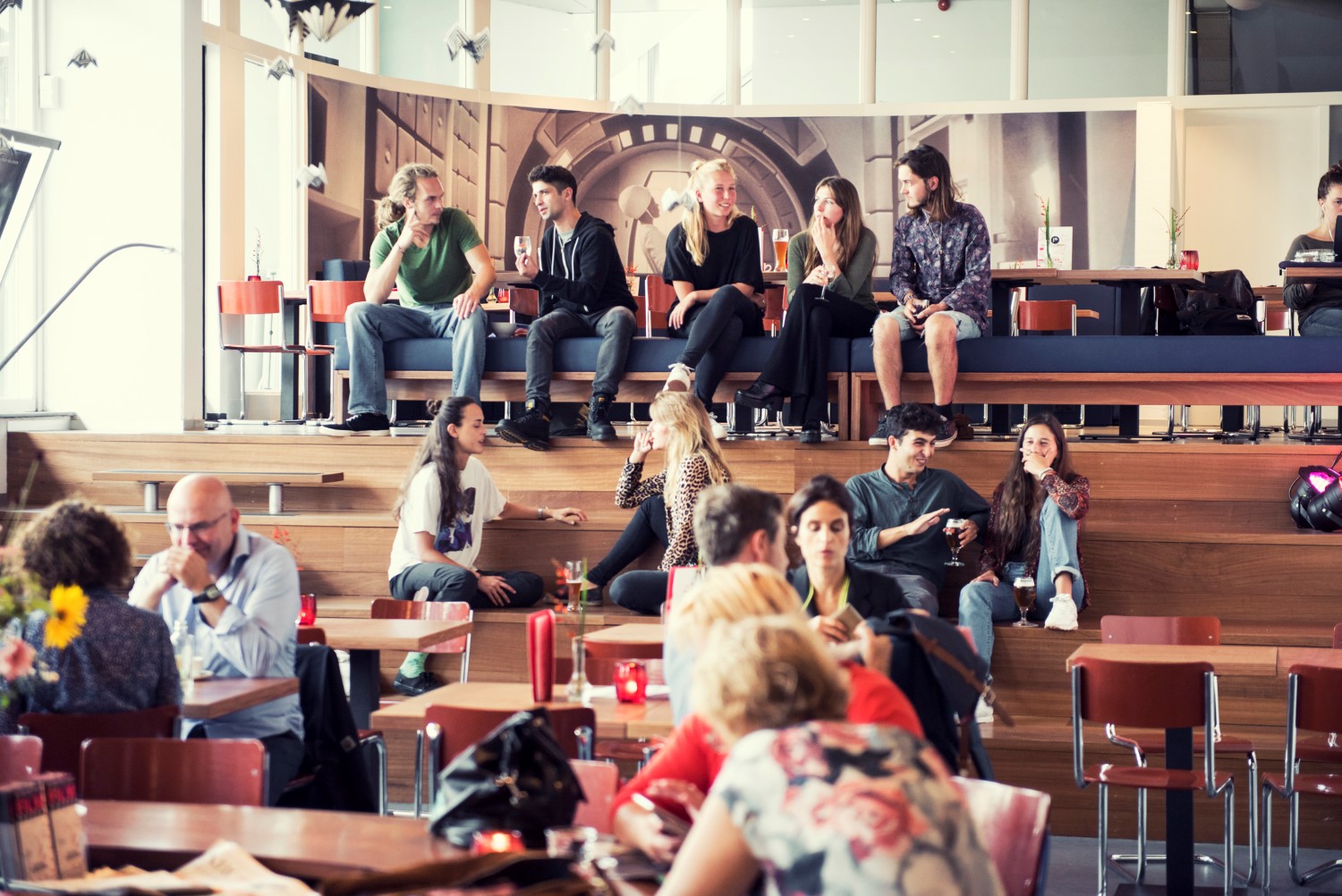 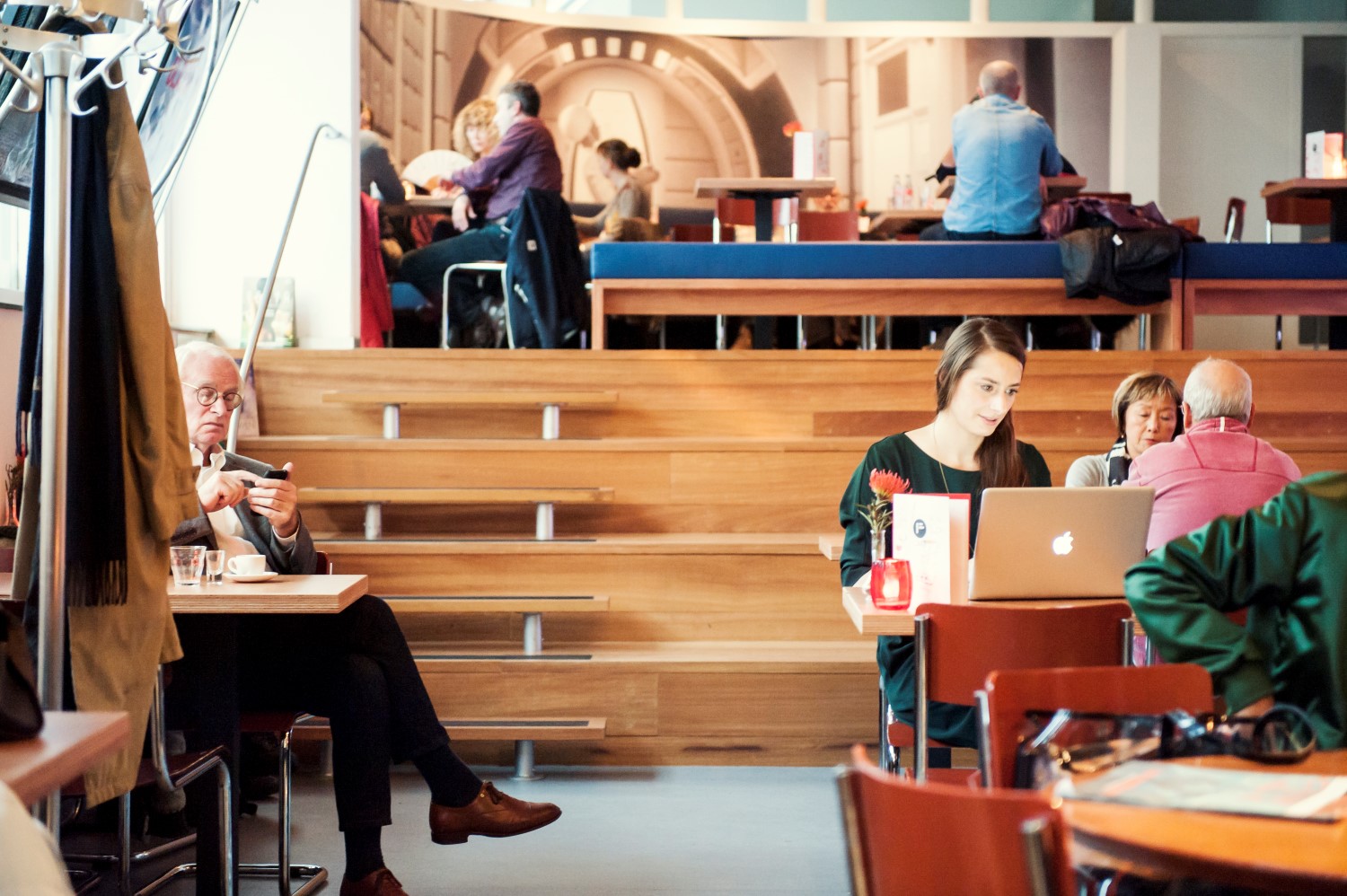 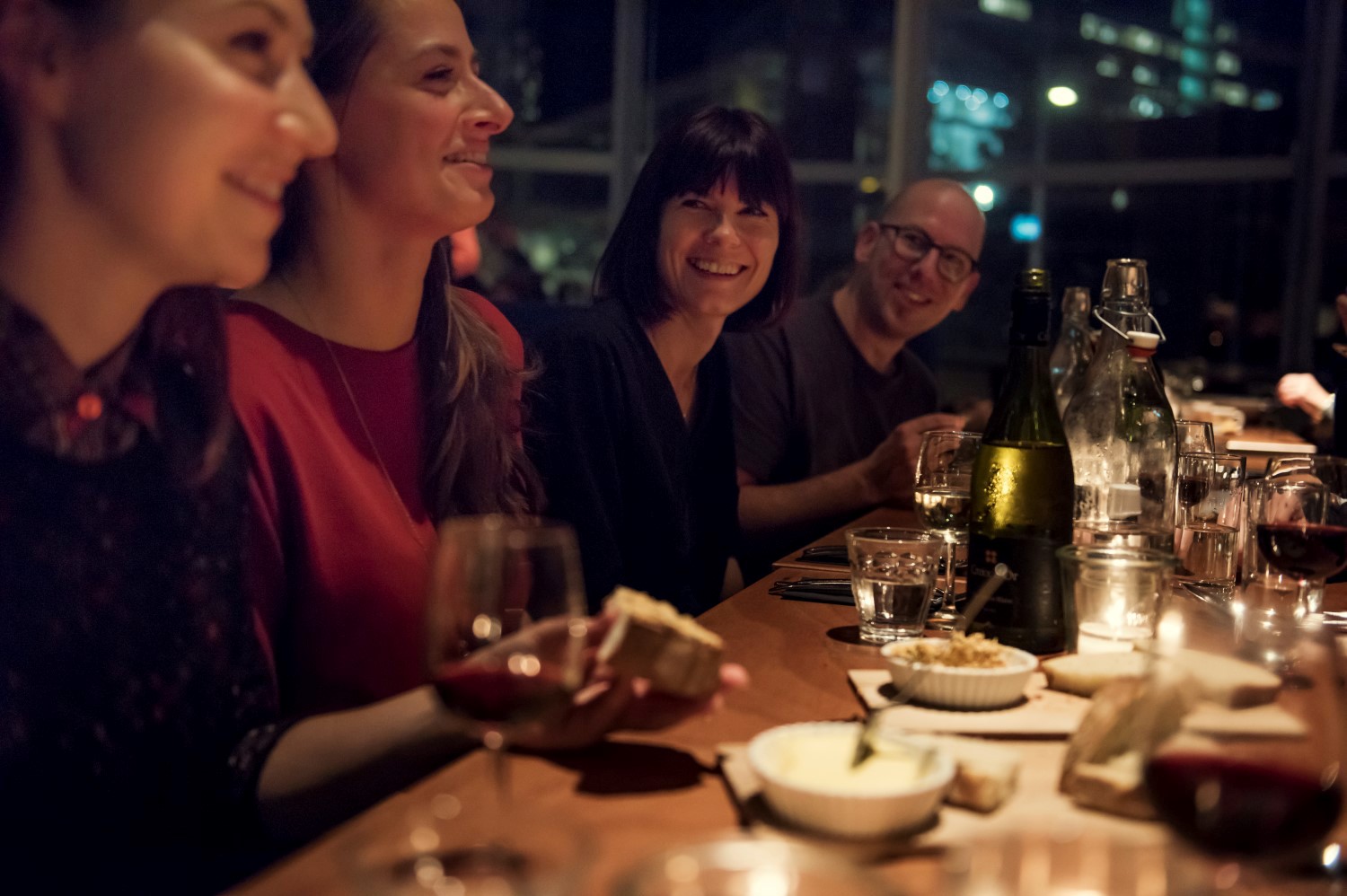 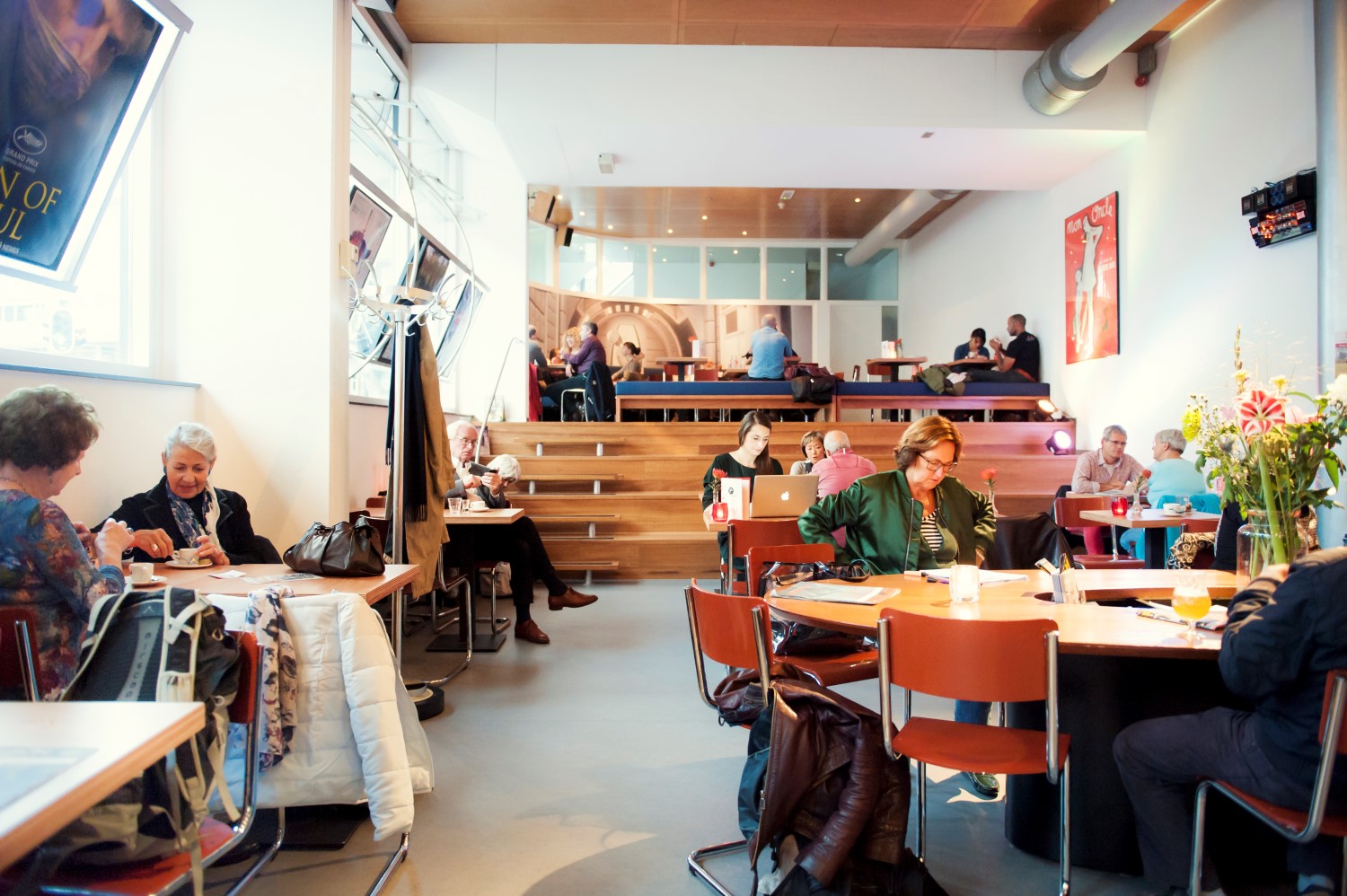 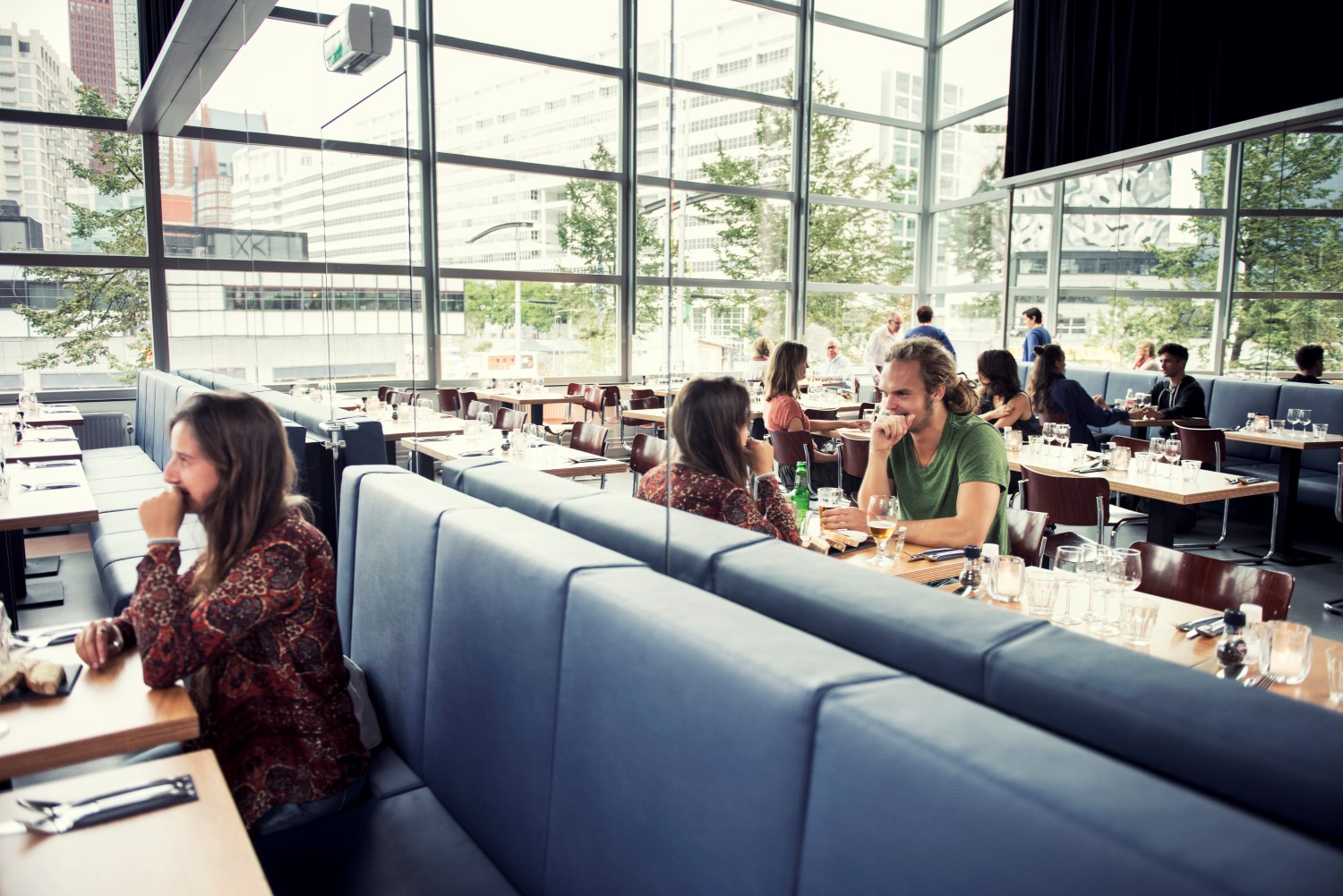