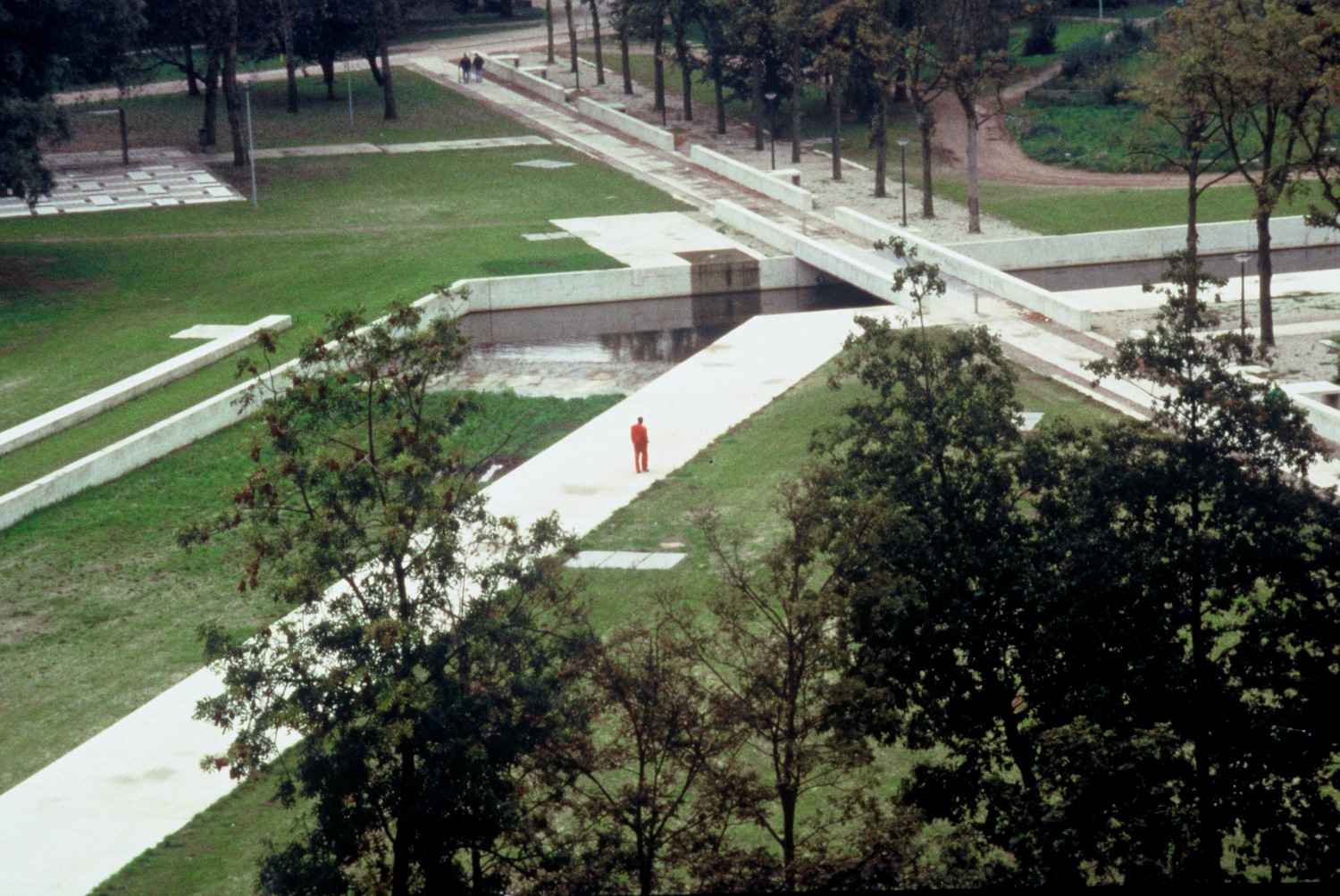 In October 1994 a large cargo plane crashed into the Bijlmermeer overspill area, hitting a ten-storey block of flats and taking forty lives. Immediately after the disaster a nearby tree that had miraculously survived the fire was spontaneously adopted as a place of mourning, where a multitude of flowers and other testimonies of grief were laid at the edge of an improvised plinth. When designing a more permanent memorial the tree's new significance was respected. It had been surrounded by a stone 'carpet' of mosaics composed by those involved in some way. The nearby elongated bus shelter now contains a memorial wall with the names of the victims and texts written by the makers of the mosaics. In addition, the footprint of the stricken block of flats has been traced in the park as a petrified scar and as inducement for a new configuration of water feature, paths and planting to repair the devastated area. This renewed park area is the wider context of which the memorial, strictly speaking, is part. 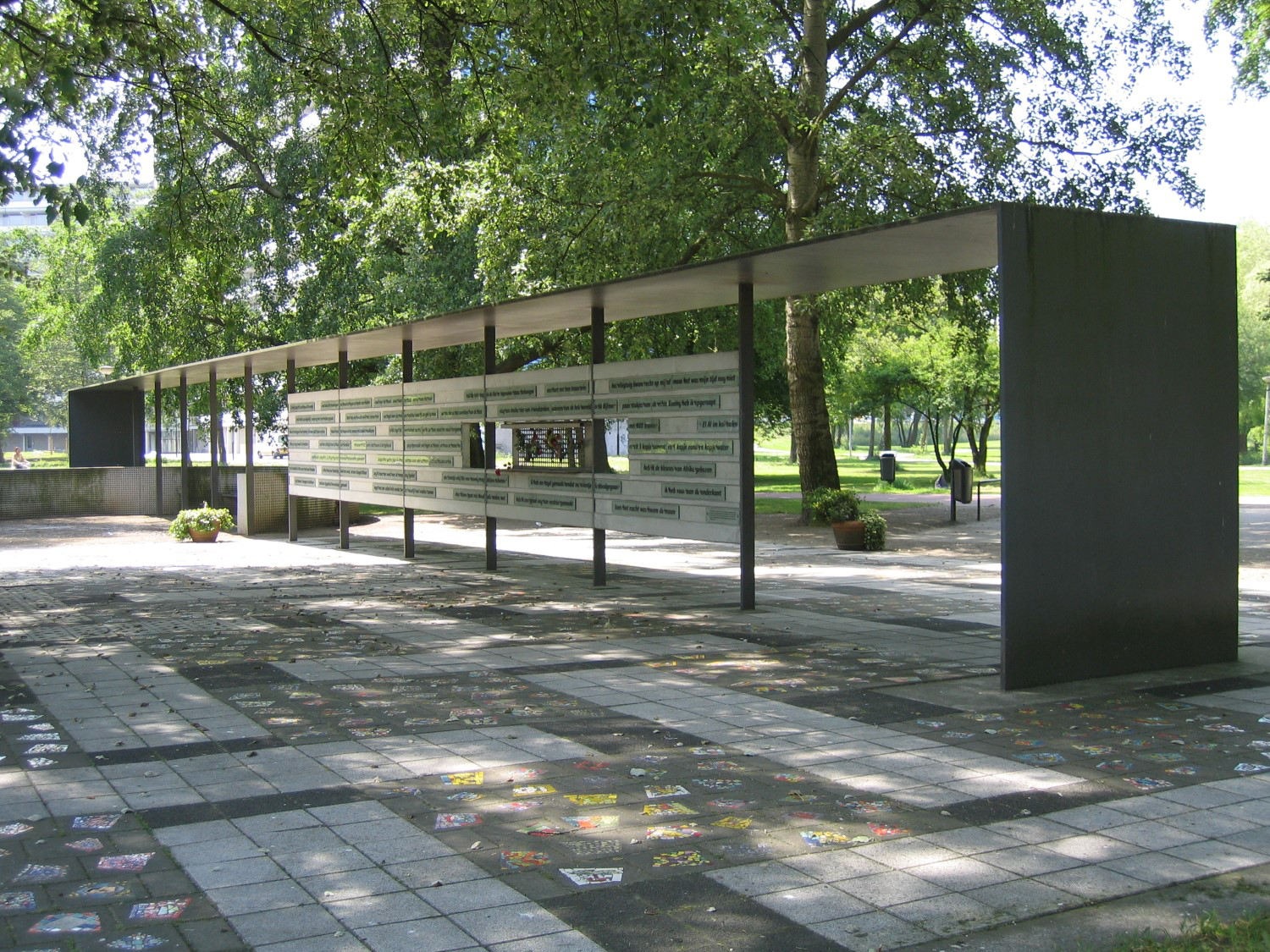 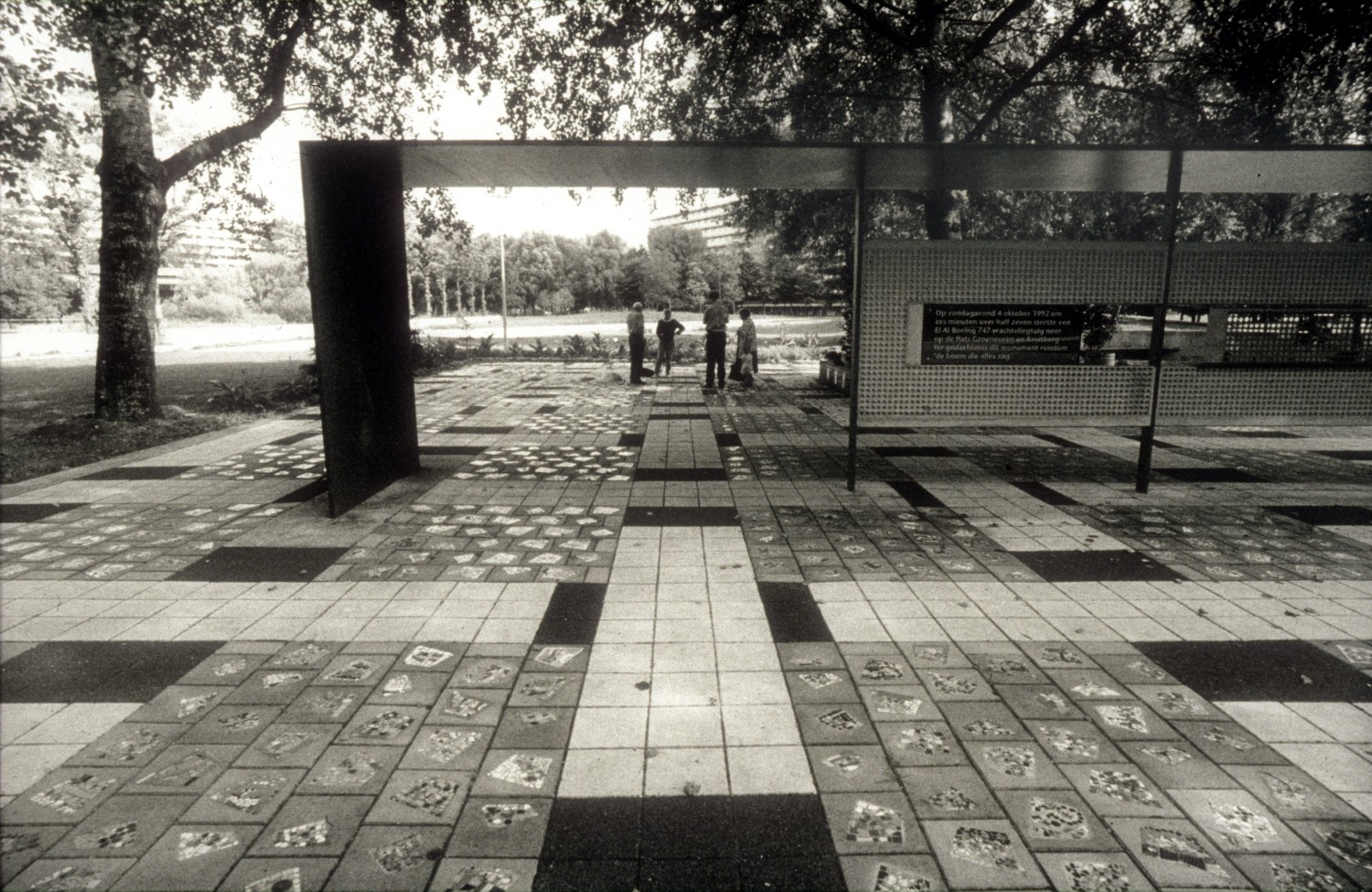 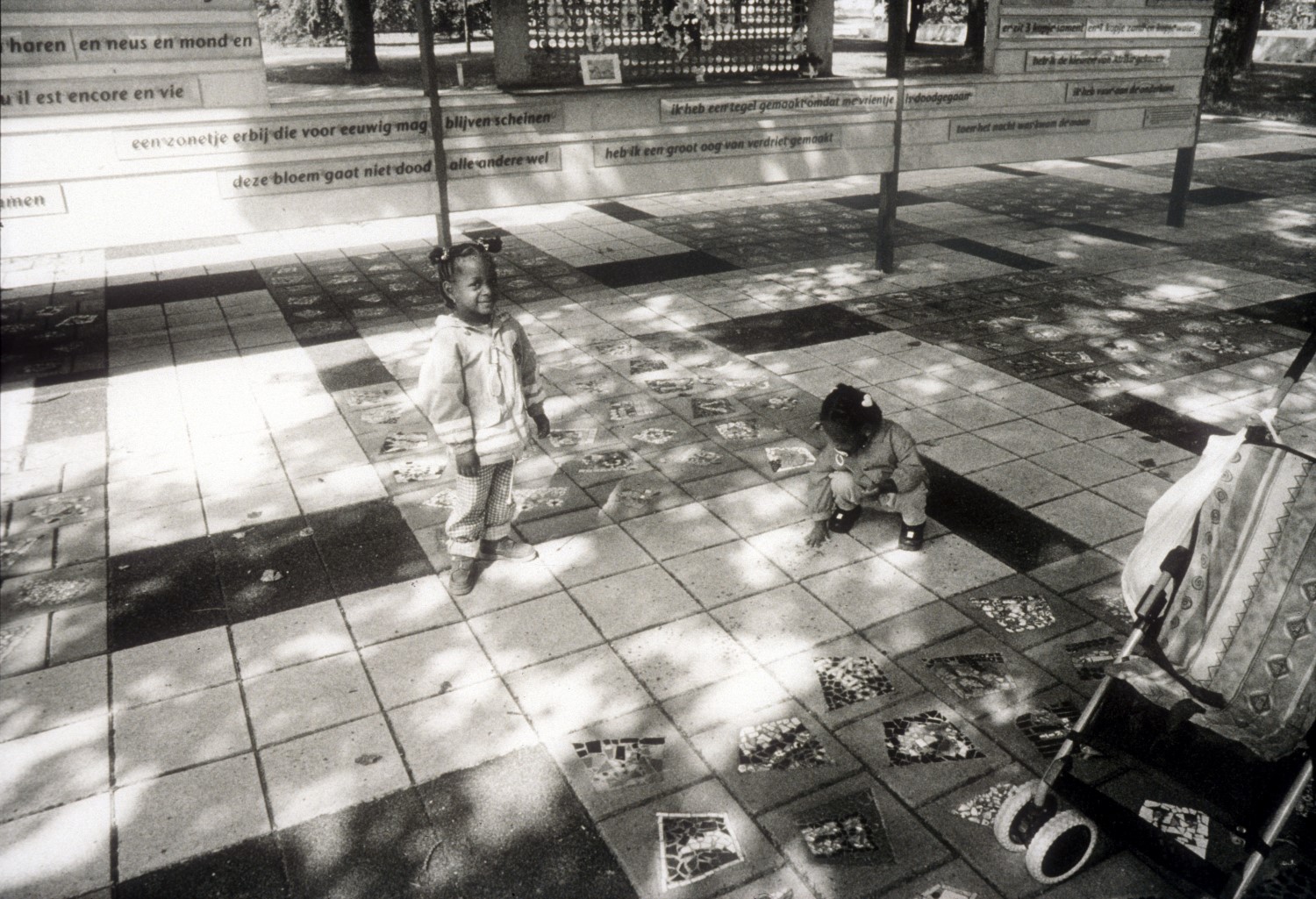 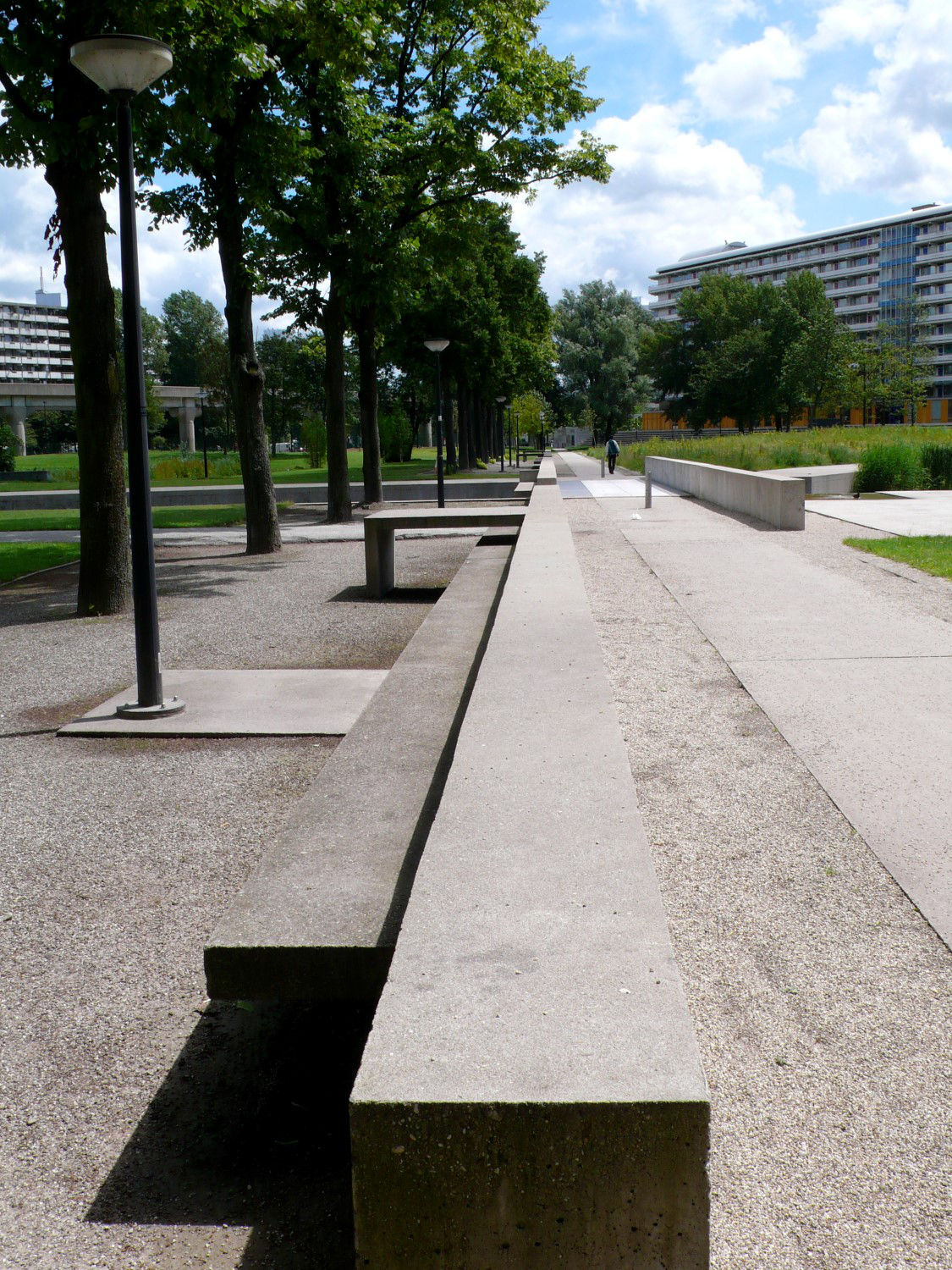 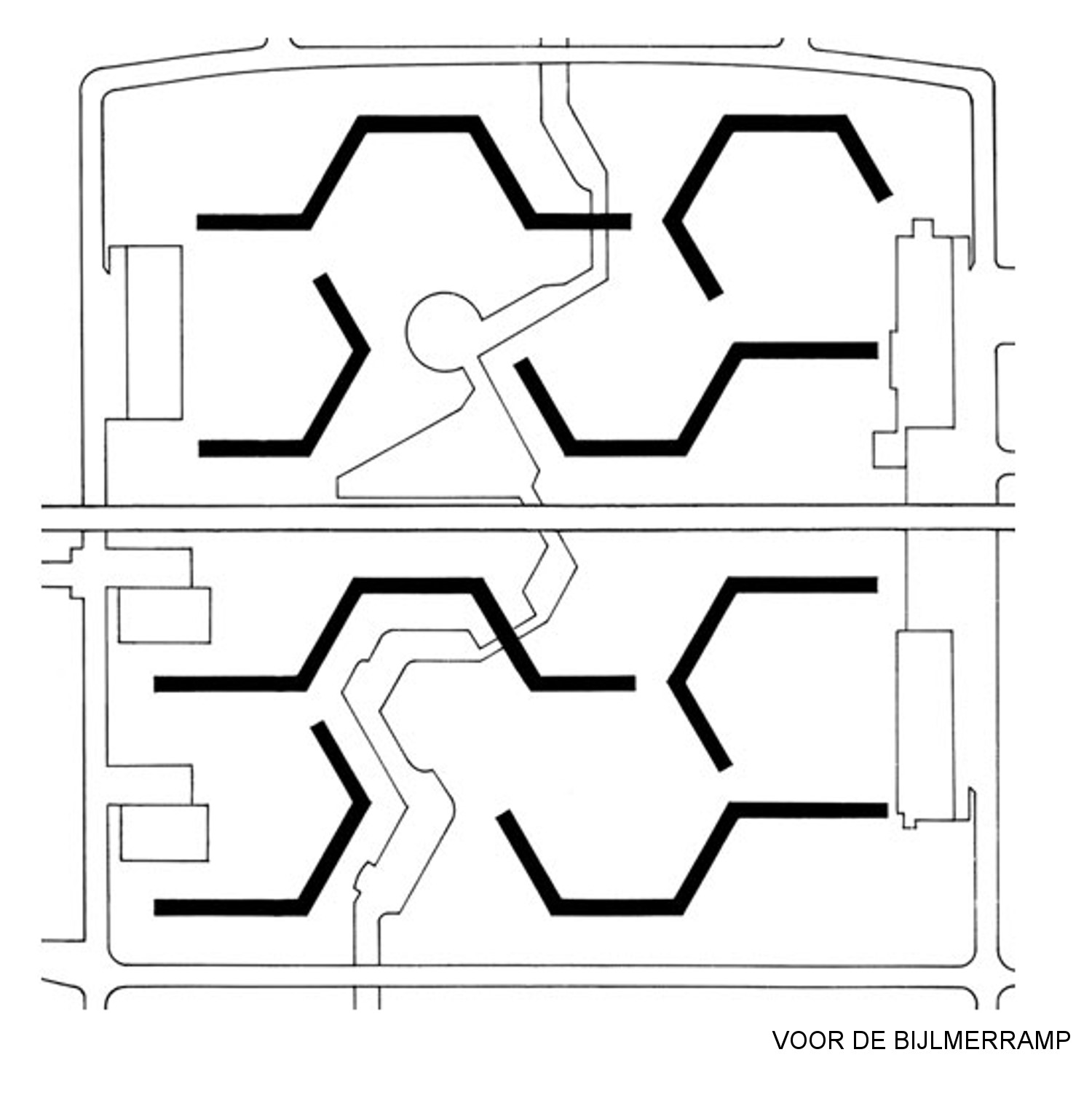 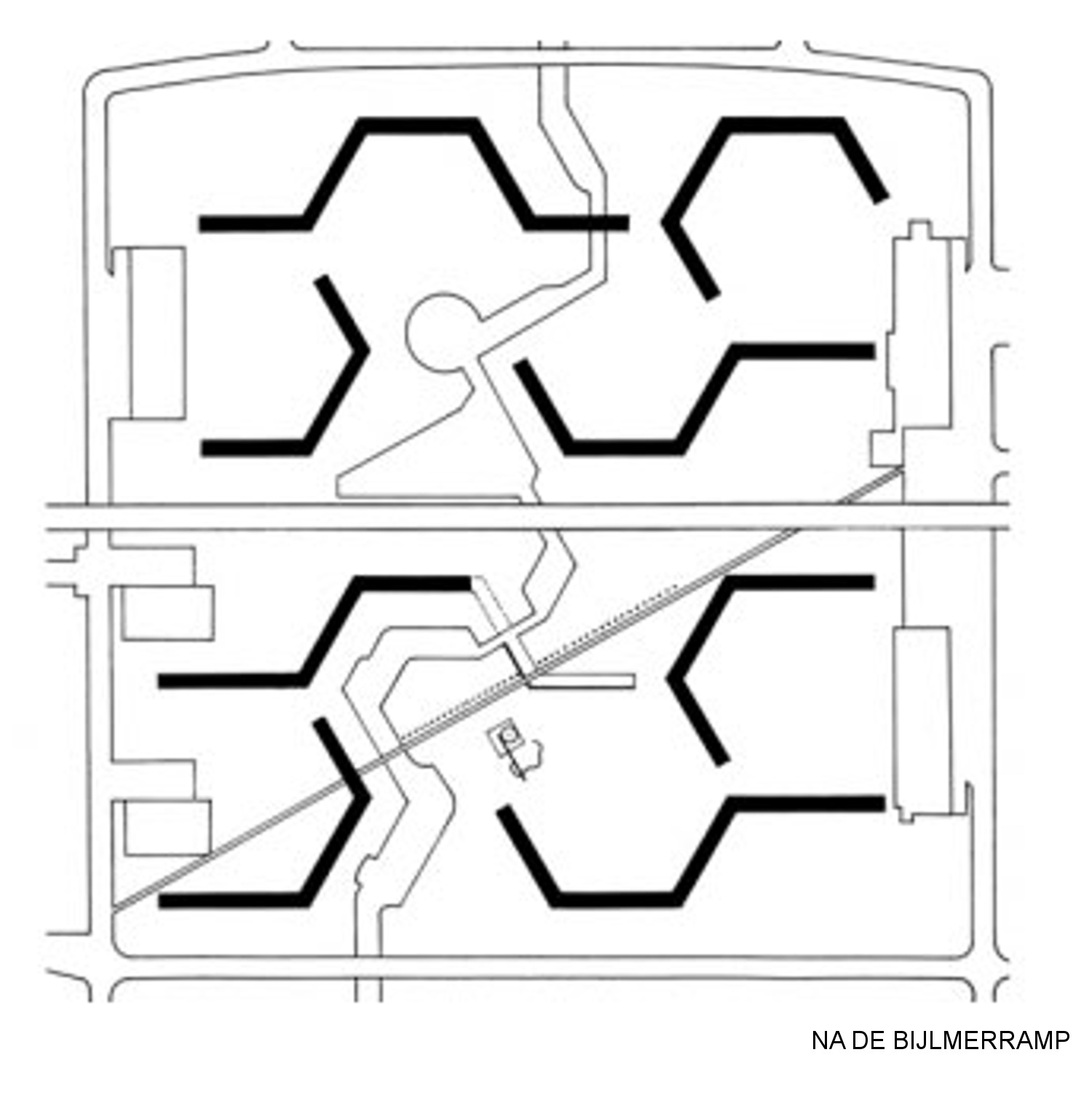 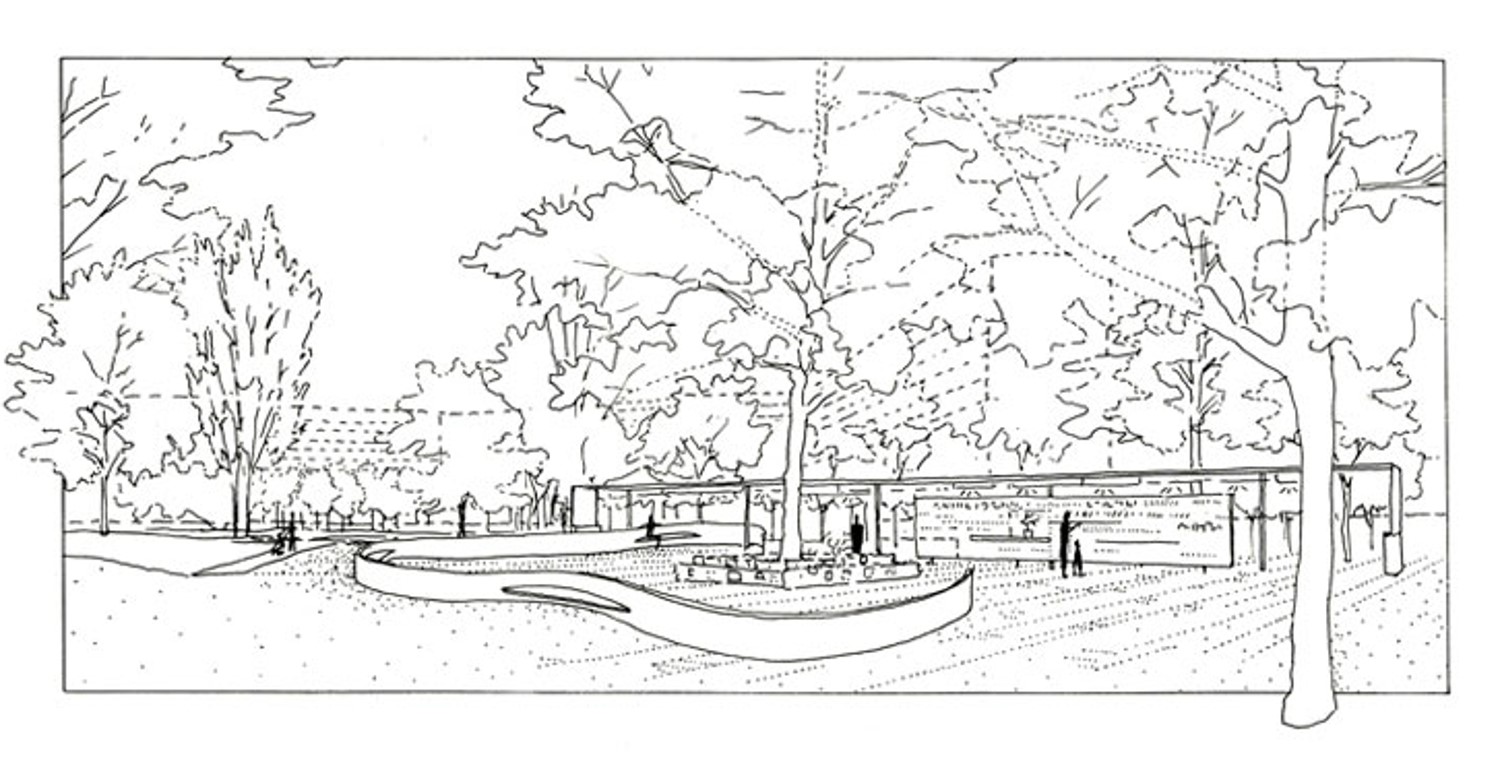