The urbanistic component of the brief called for a distinctive cornerstone at the end of the avenue, the area's central axis, and opposite the Bonnefanten Museum. The programmatic component called for rental office space in four units, each with its own entrance, where an unspecified number of firms could be domiciled in a vertical and horizontal arrangement. Ultimately, the crux of the plan is that a quartet of autonomous building units take their place in the forecourt of the wall-shaped building. The transparent front buildings contrast fully with the all but blank wall they are attached to, like blossoms standing out from a branch. The size of the building units is flexible as the wall-building can be divided up into random segments. Accentuating all the dedicated elements by drawing them out of the wall gives each unit a degree of identity. The gates in the wall-building are done in tiled walls sporting motifs that derive from the ceramics industry formerly occupying this site and giving its name to the new district. 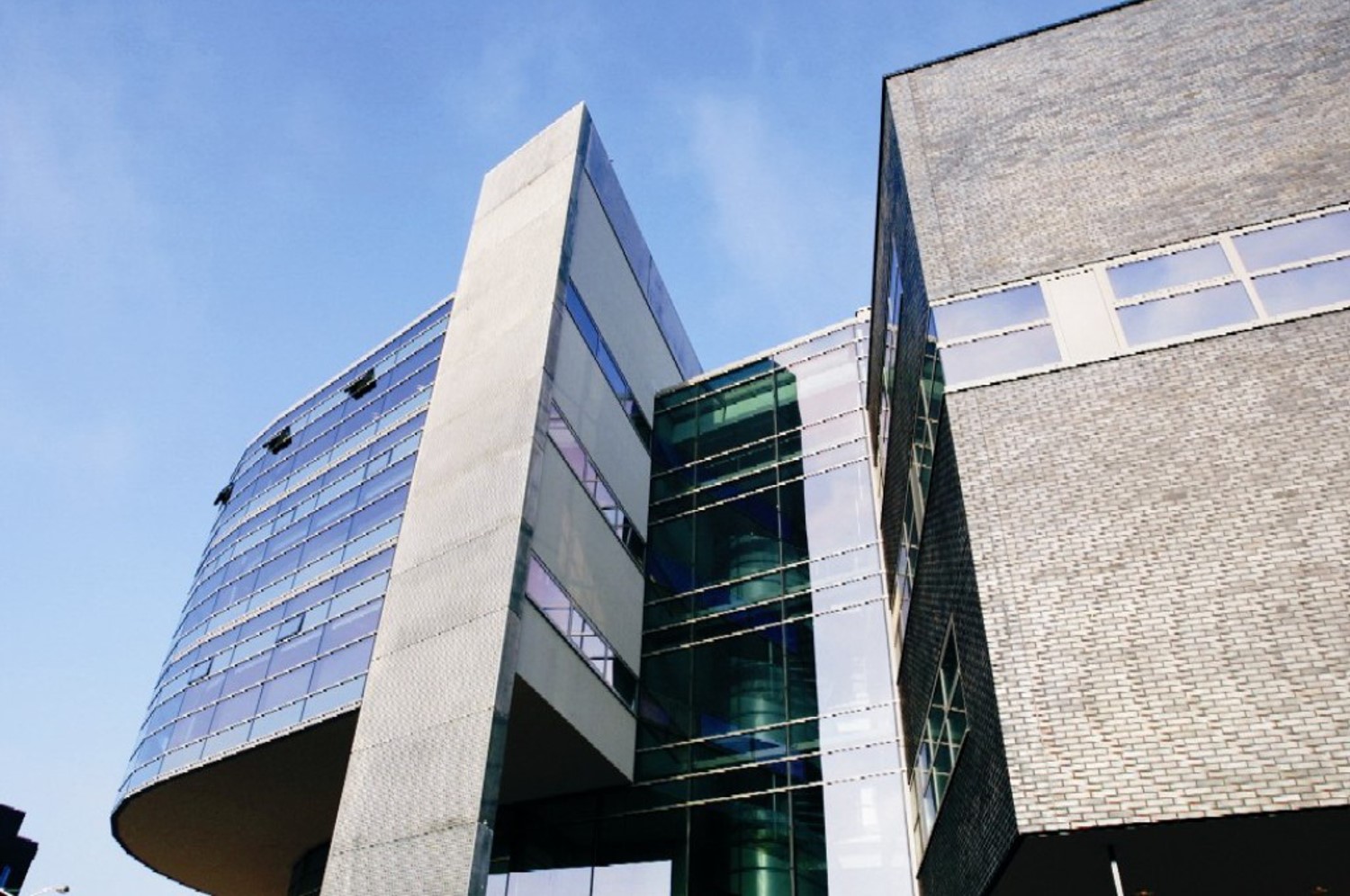 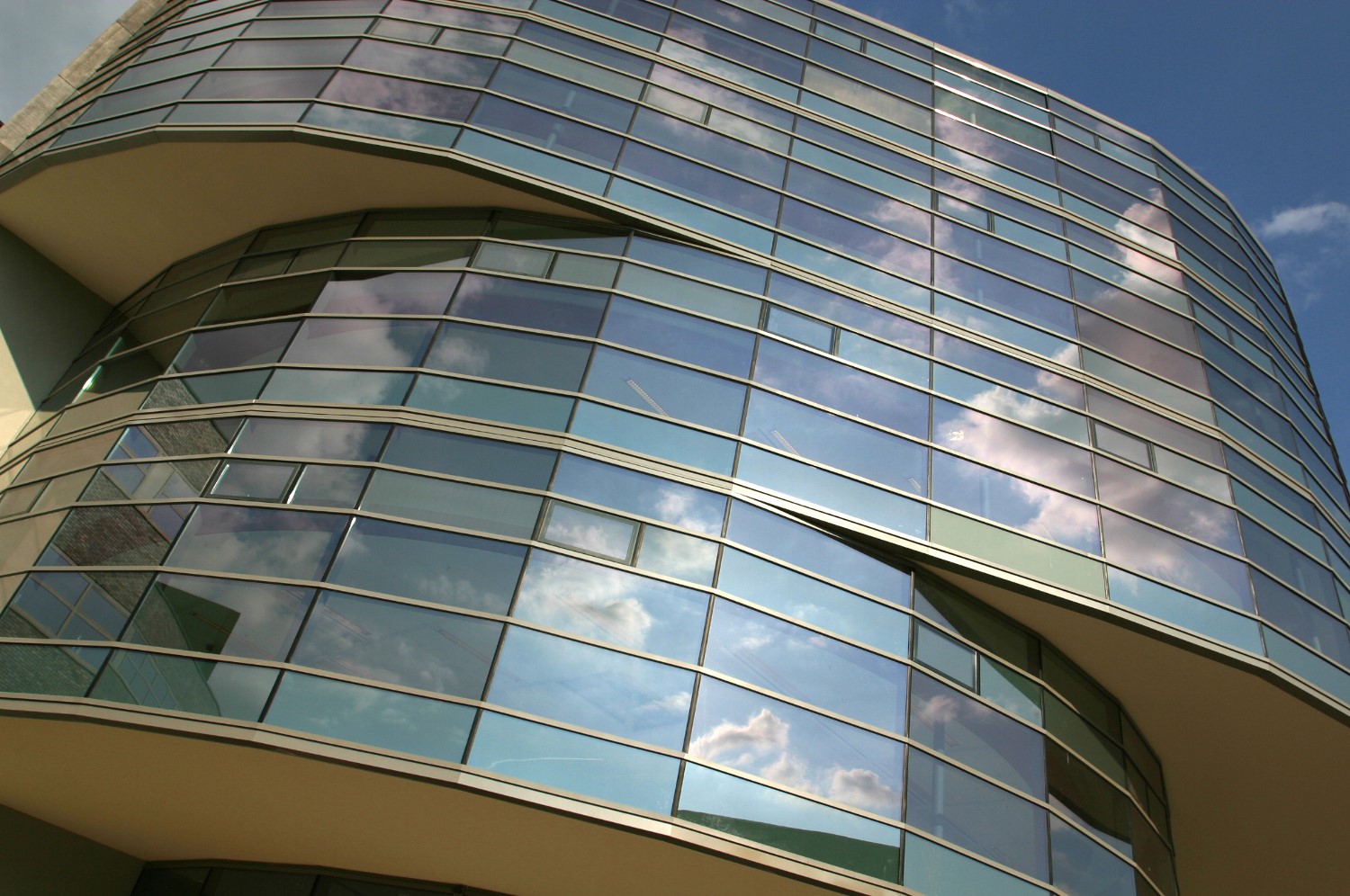 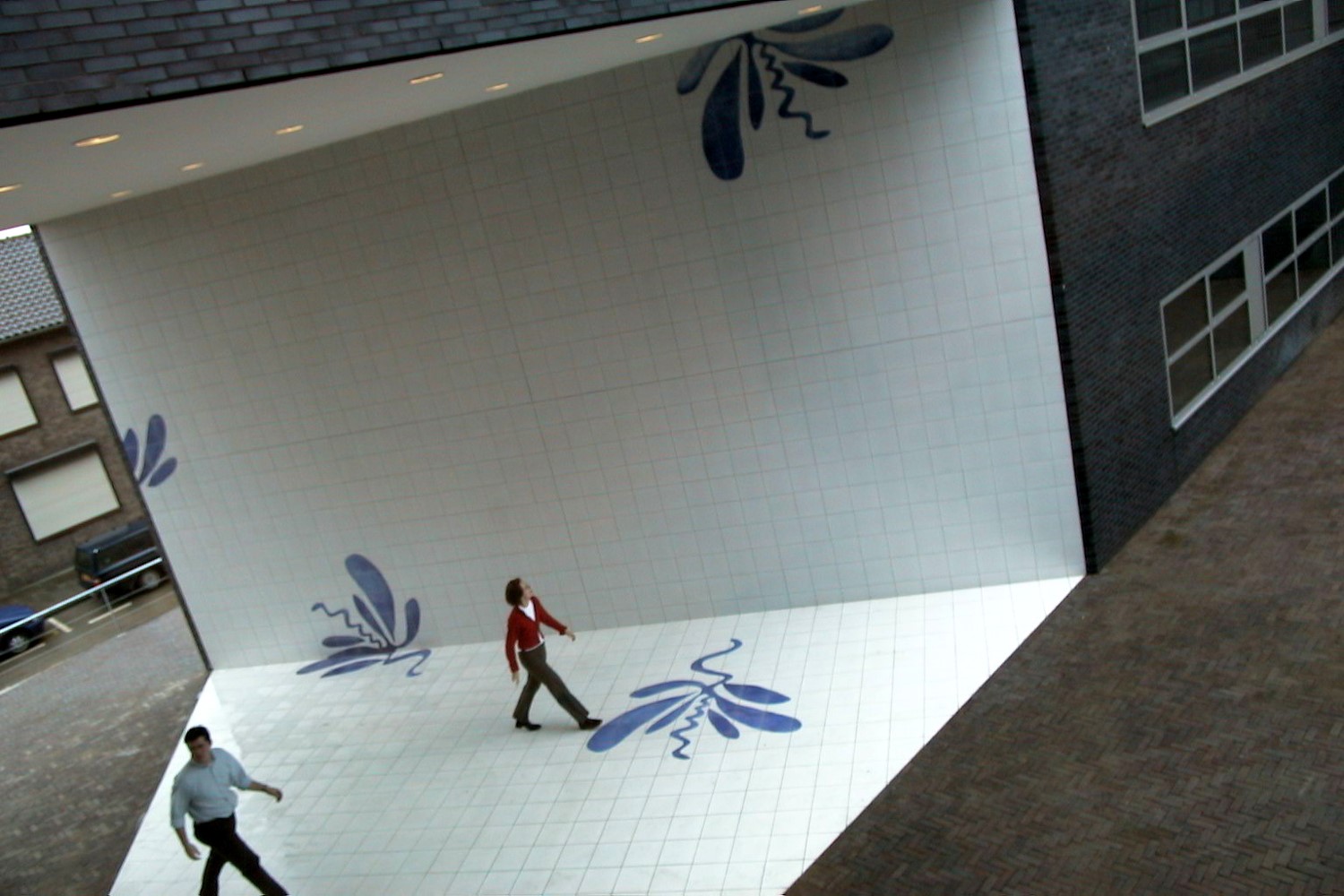 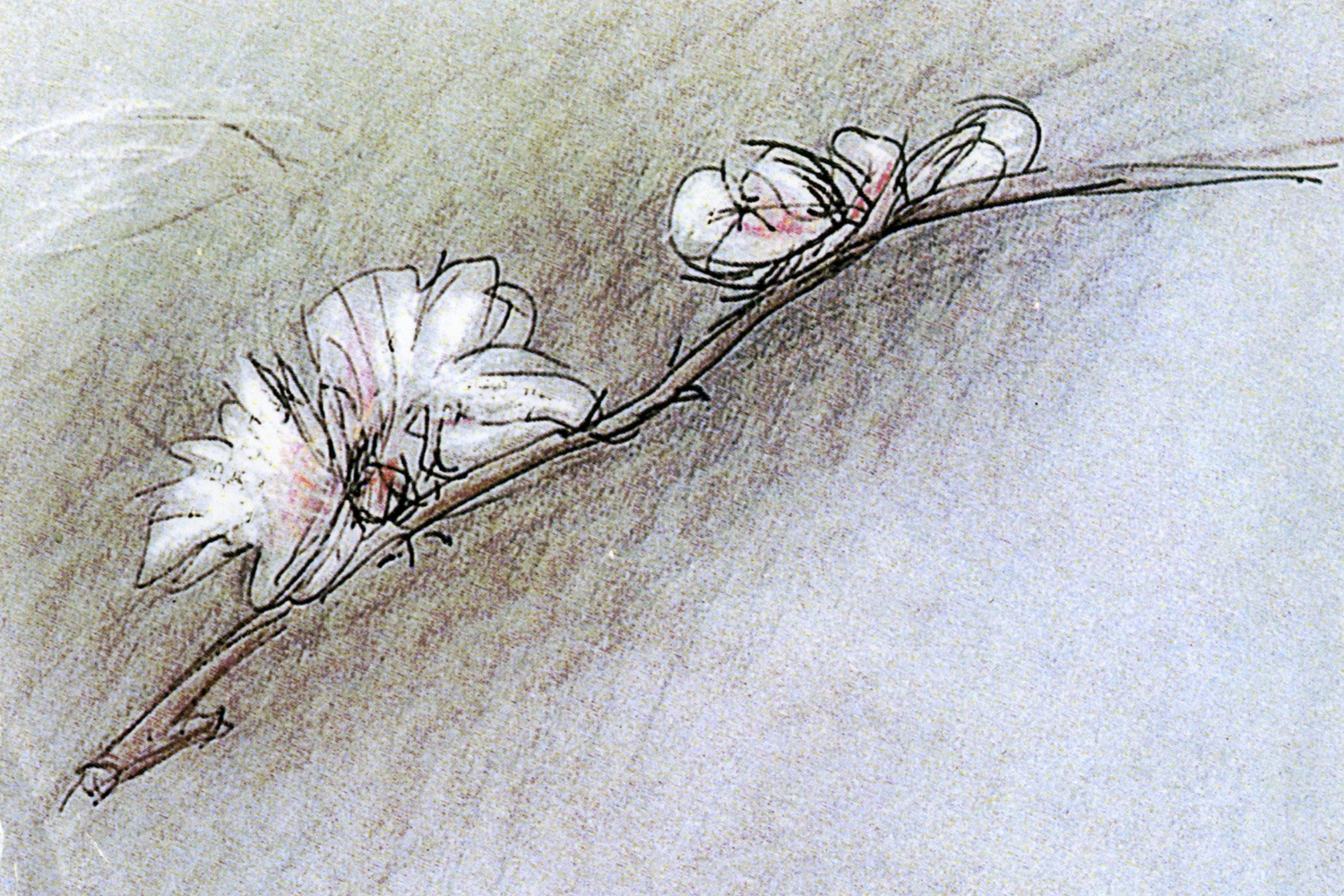 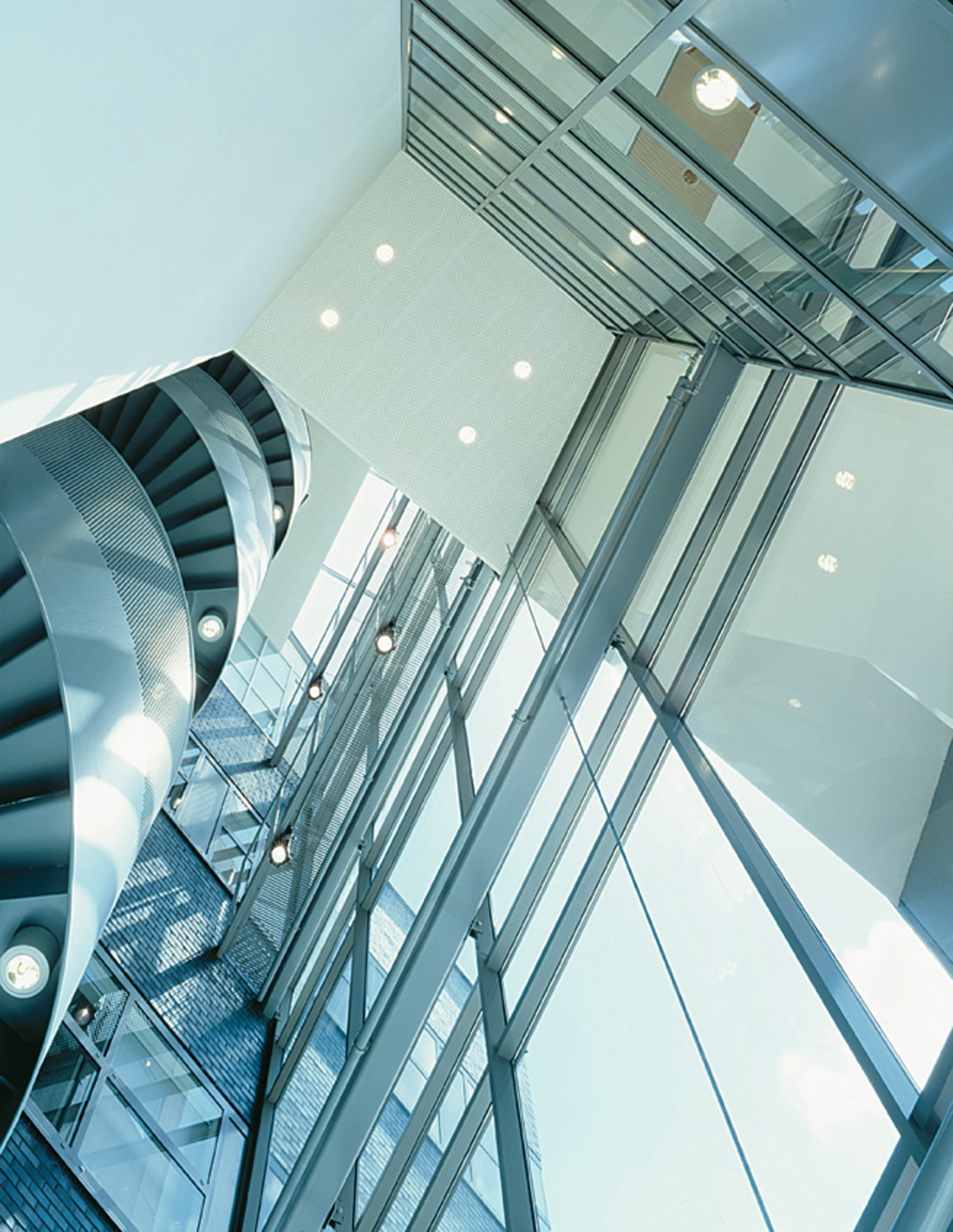 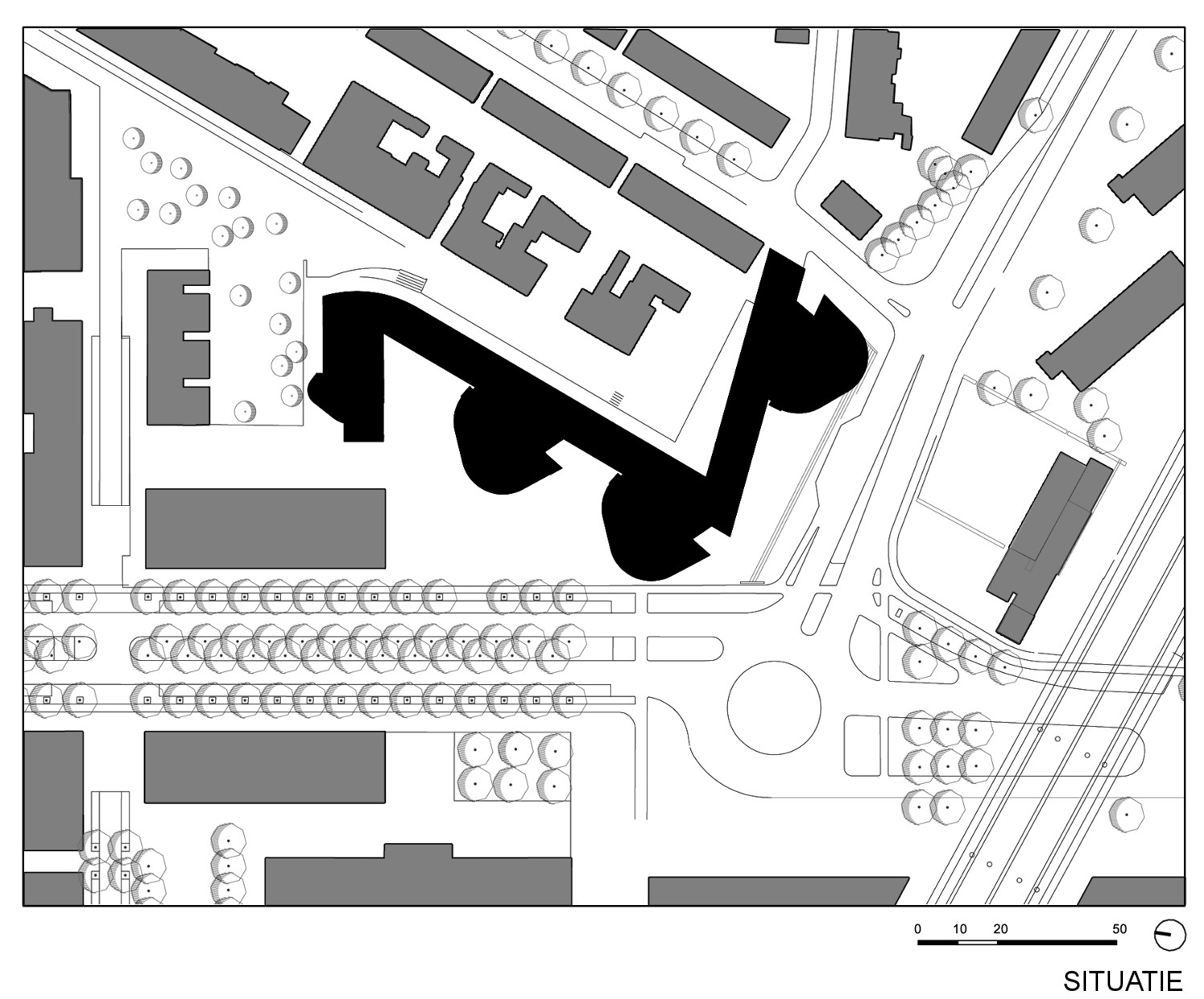 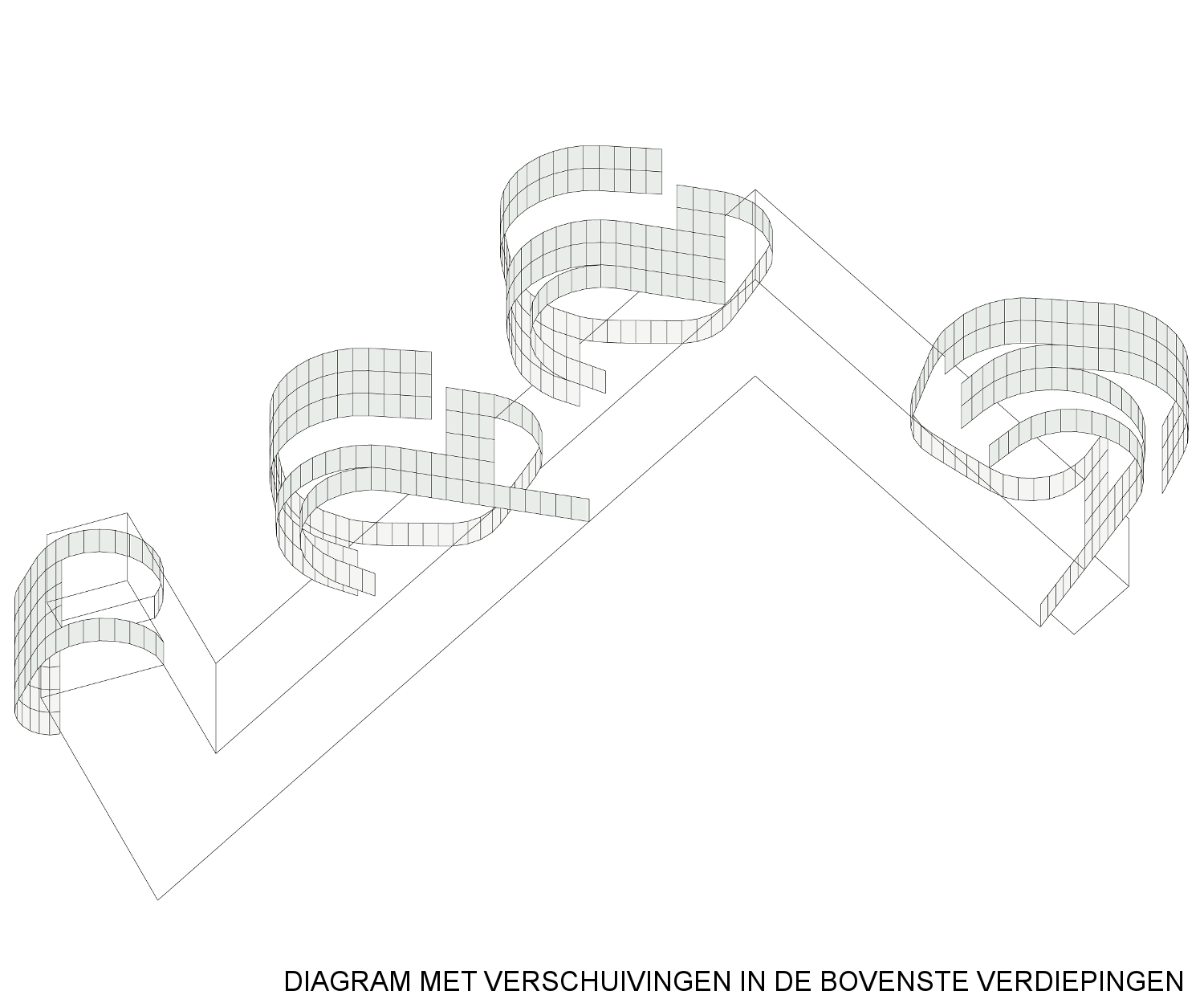 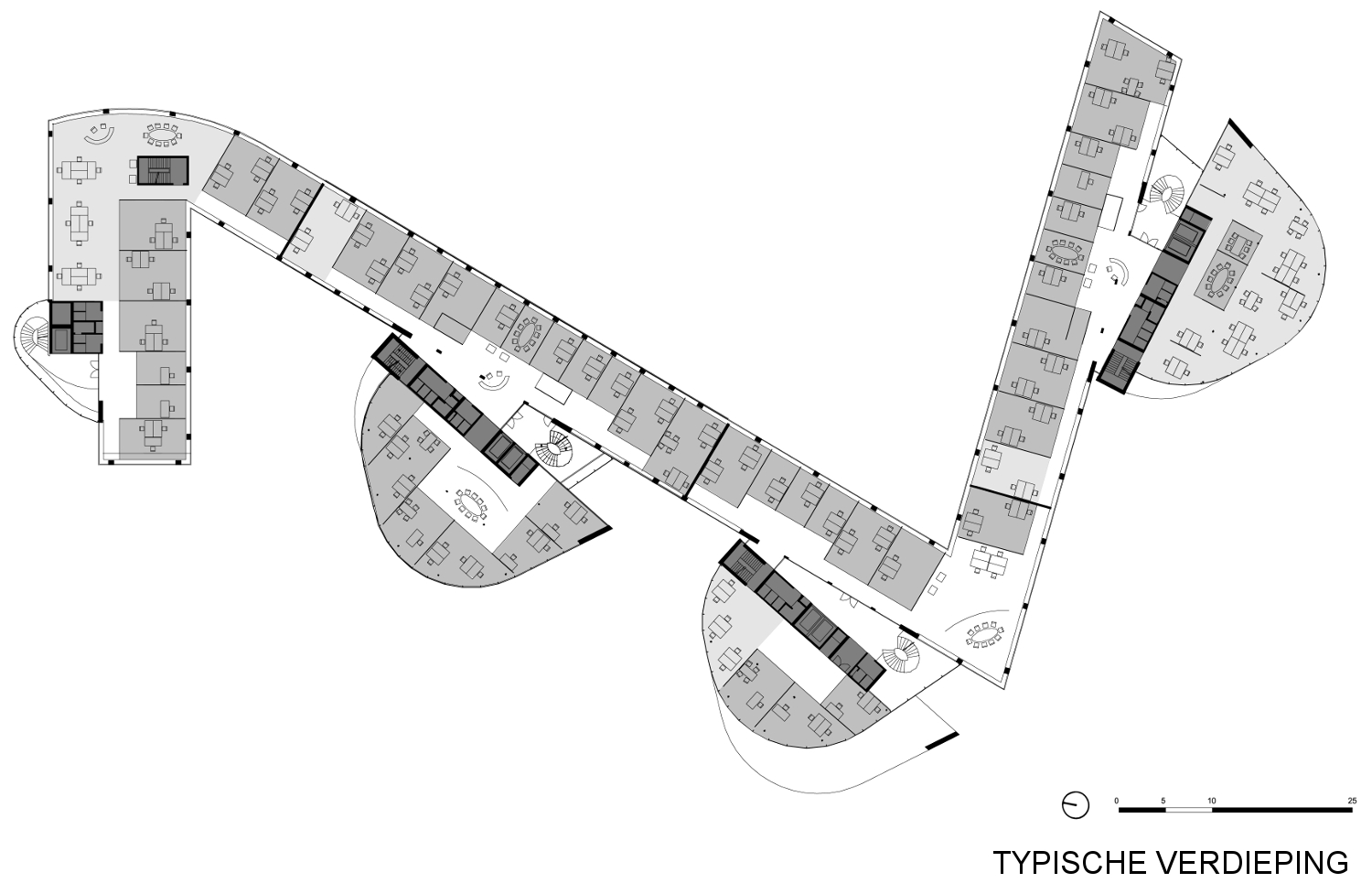