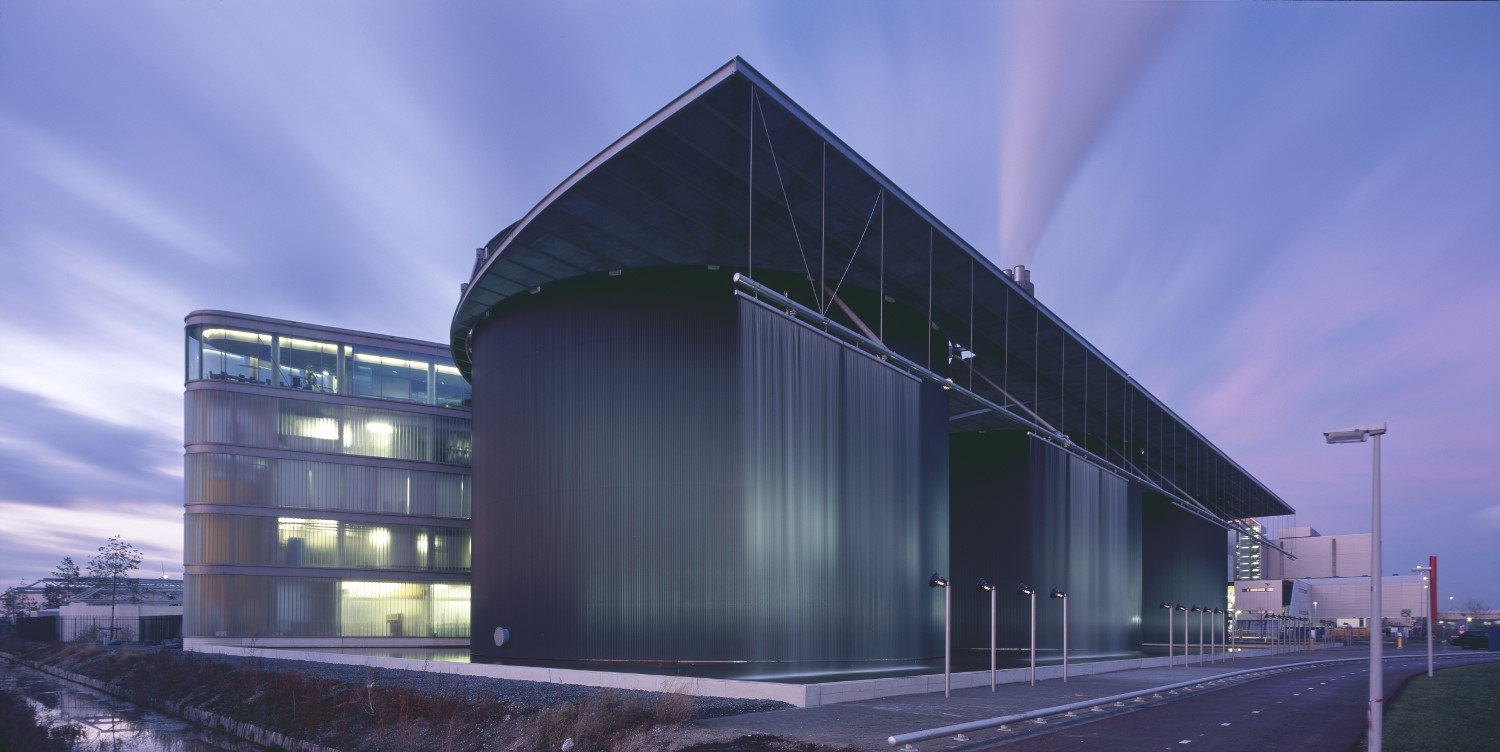 The new sewage treatment plant in Amsterdam-West will be a large-scale industrial complex. The preliminary design by Witteveen and Bos comprises 33 extensive structures arranged in two areas. Here are the high, visually dominant volumes of the complex: the three aeration tanks, the dewatering building and the influent pumping station with the communitor building. Due to their great height and dimensions the aeration tanks are the complex’s most visually dominant elements. Placing these tanks in a row at the front does justice to this quality, whereby they become three wonderful pillars with the entrance to the complex in between them. The aeration tanks are positioned in a lake from which water flows via the roof to the façade. This water façade -- the complex’s real façade – adds a relevant significance in that it consists of the treatment plant’s end product. At night the façade will be illuminated from below, which will make it even more of a landmark on the new Noordzeeweg.

Read more about the sewage treatment in the article Theater van het alledaagse from De Architect of december 2008 (Dutch only). 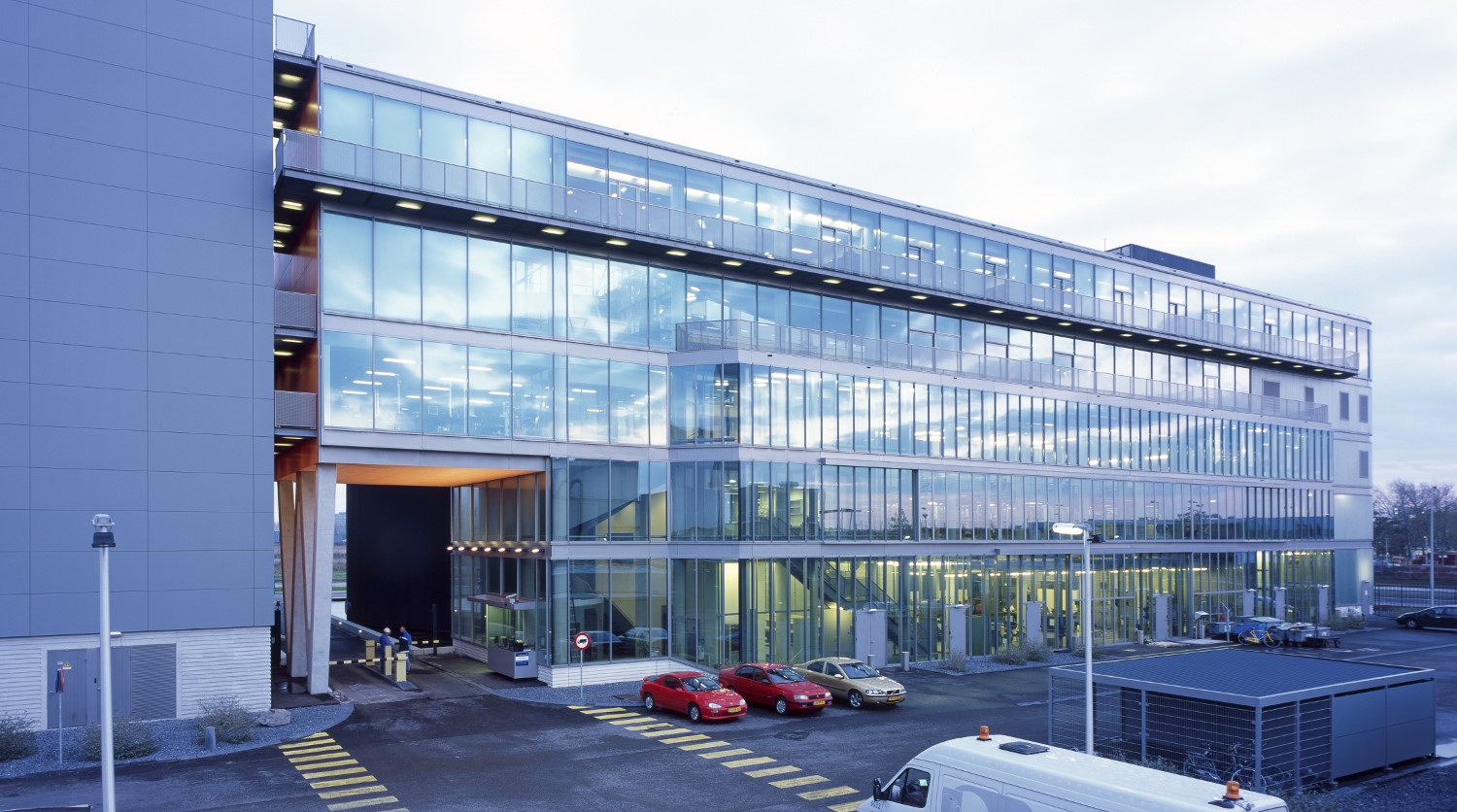 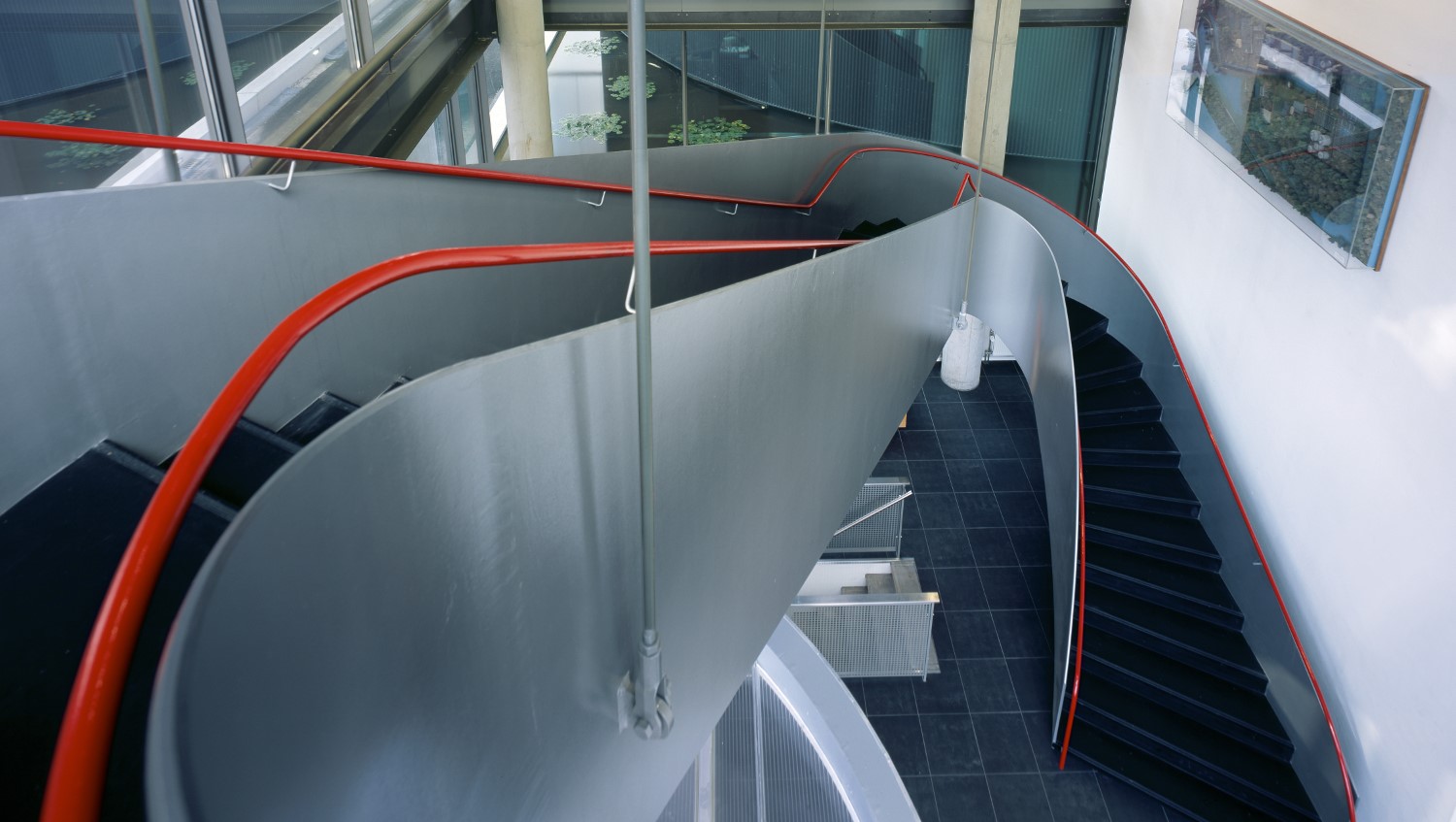 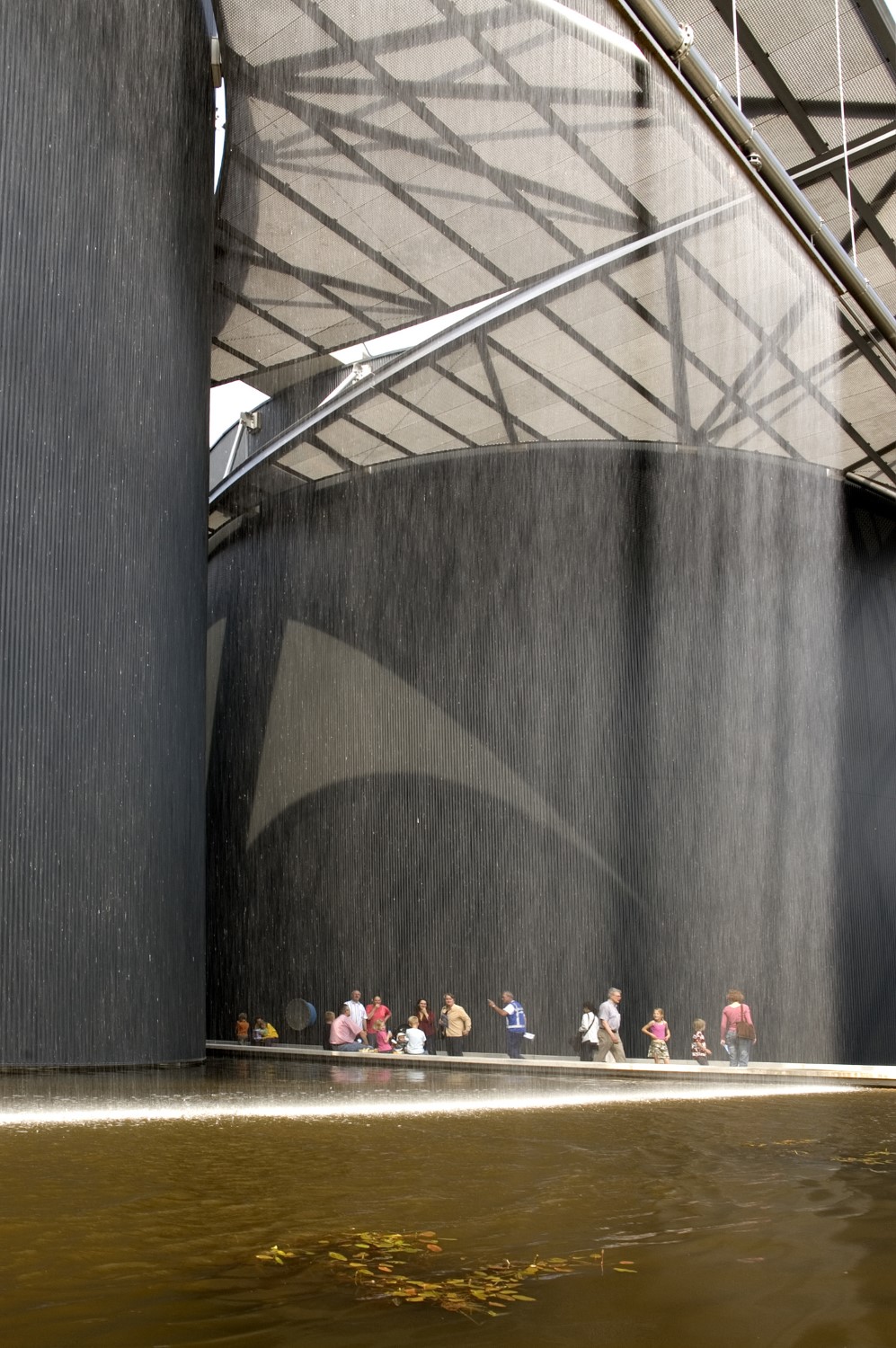