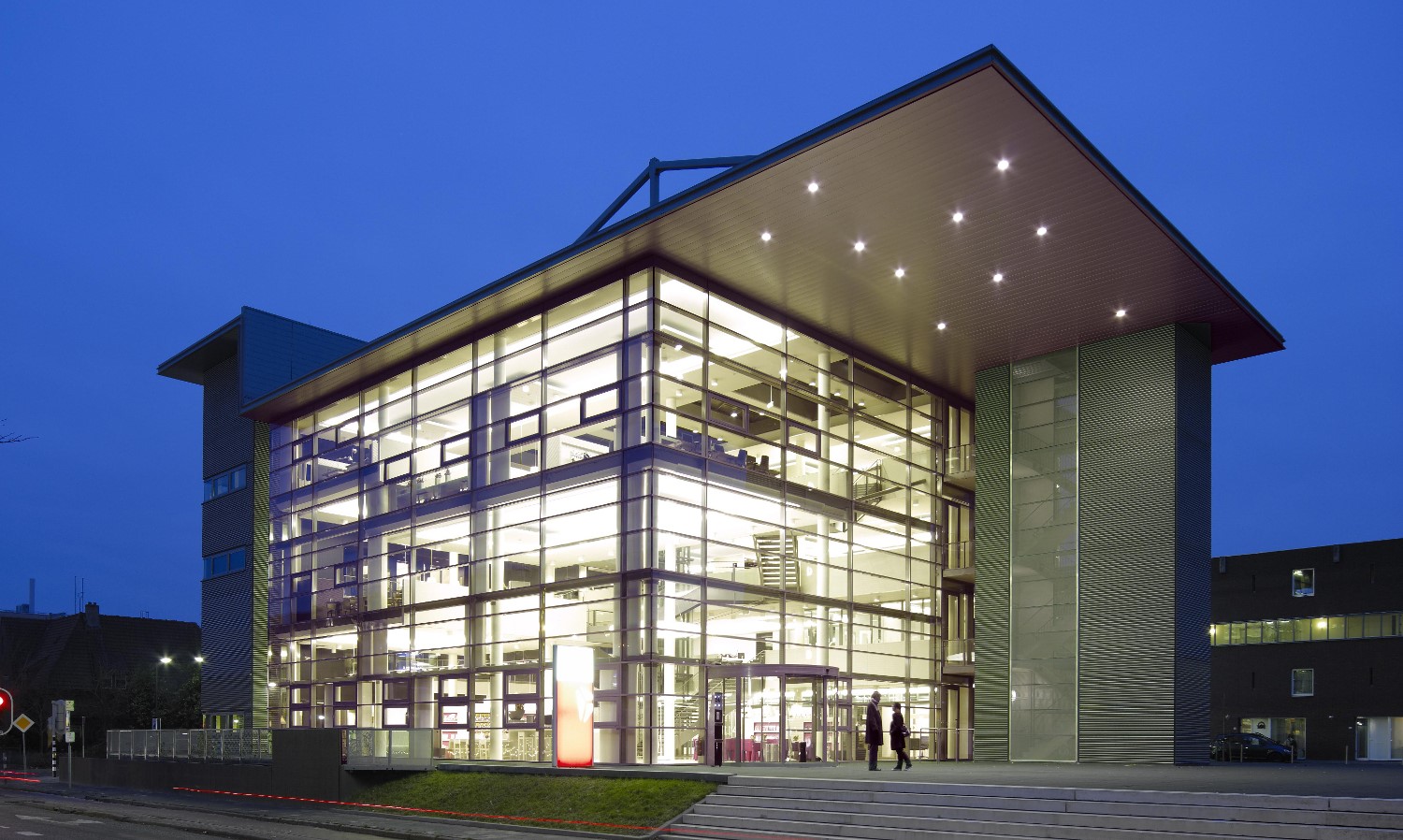 After a merger between two housing corporations, the new company, Aramis, decided that it needed new premises to improve the district- and team-oriented workload. The organisation also decided to use this opportunity to introduce a new way of working. Thus began a unique design process in which AHH and workplace consultants Veldhoen & Co collaborated on designing both the building and the organization. The new office building is located beside a busy road and stand on top of a semi-sunken parking deck. The deep roof overhang on one side harks back to modernist forms. The roof not only affords a gradual transition from inside to outside but also makes the fire escape stairs part of the composition. The building volume consists of three structural bays. Upon entering, in the middle bay, one’s attention is immediately drawn upwards, past the various floors where public counter facilities, workstations and meeting areas are visible. Dark grey steel stairs zigzag from floor to floor through this void, the full height of the building. The dynamic vertical relationships thus created between the floors are aimed at increasing interaction between staff from working on different floors. Placing this imperforate box on the south side also reduces the heat load on the largely open building. This volume, like the fire escape staircase, is clad with precast concrete elements with a fine horizontal texture. 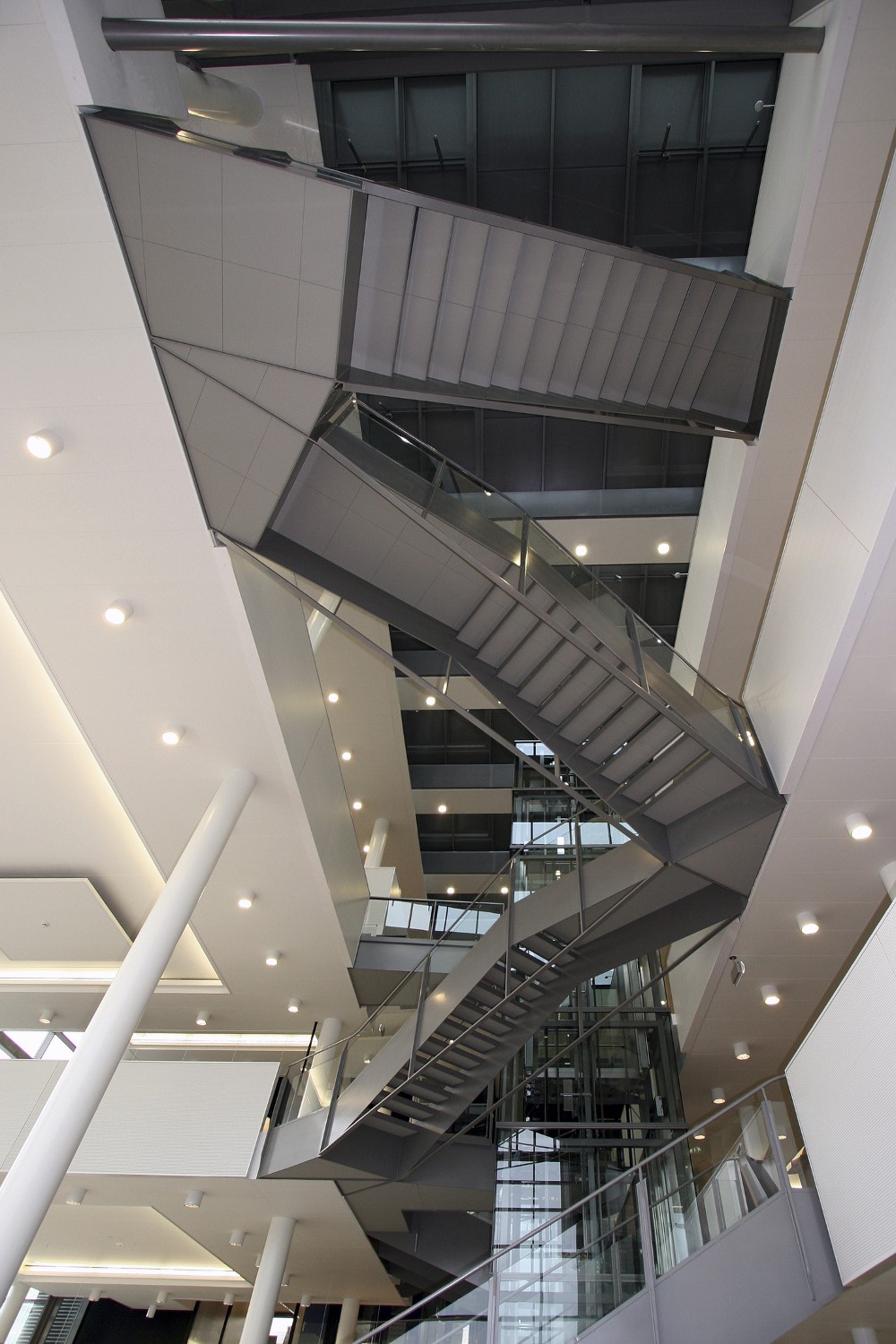 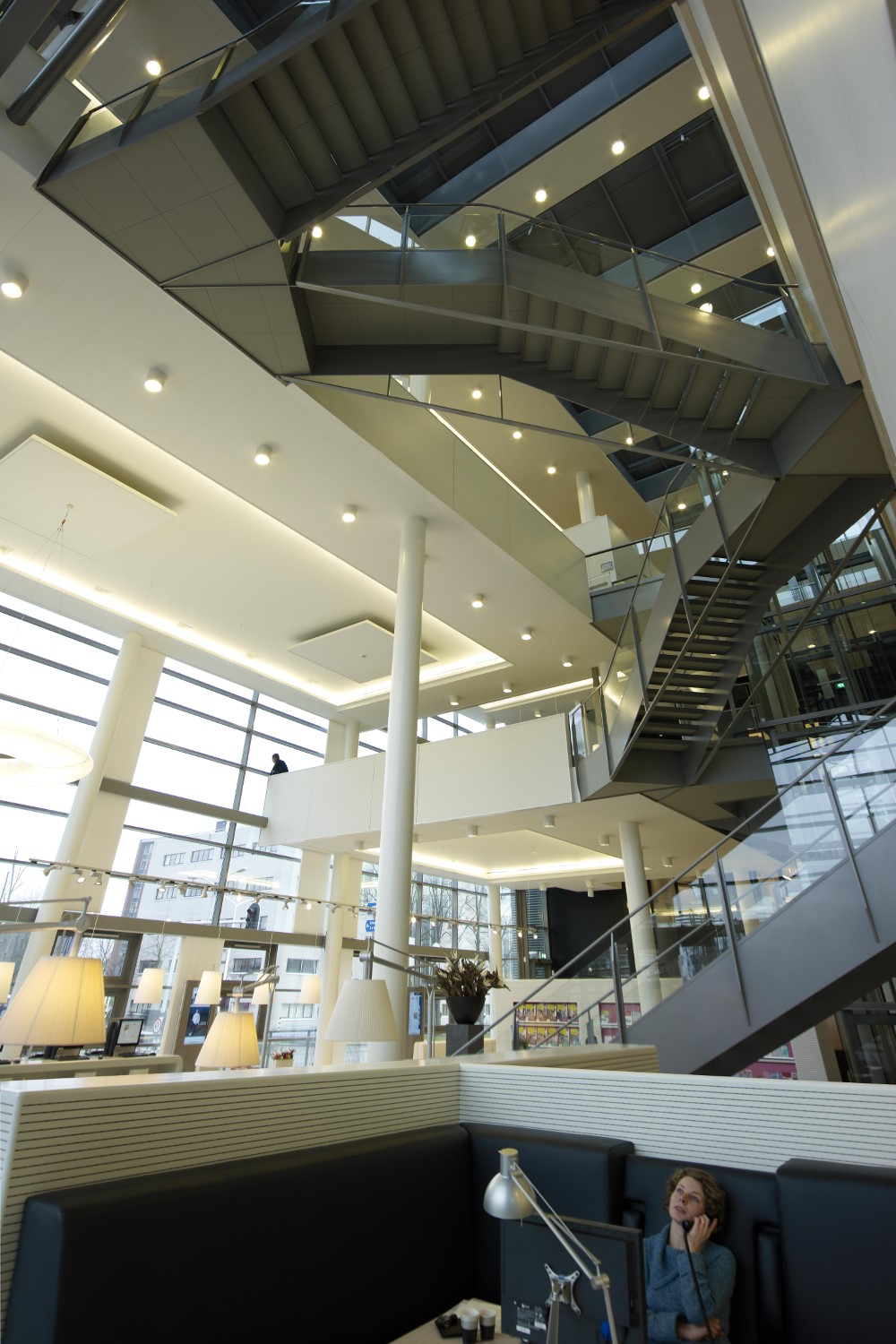 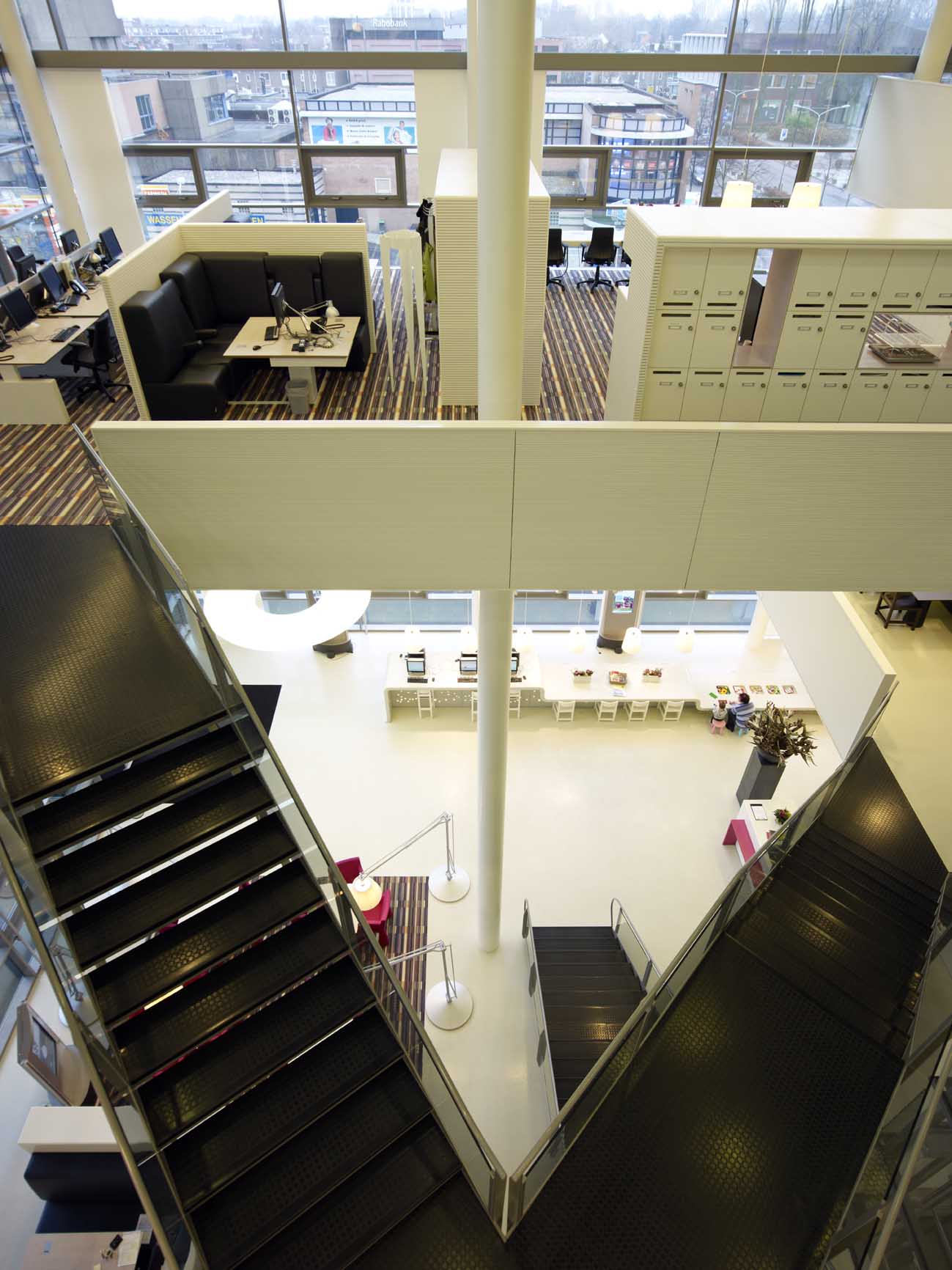 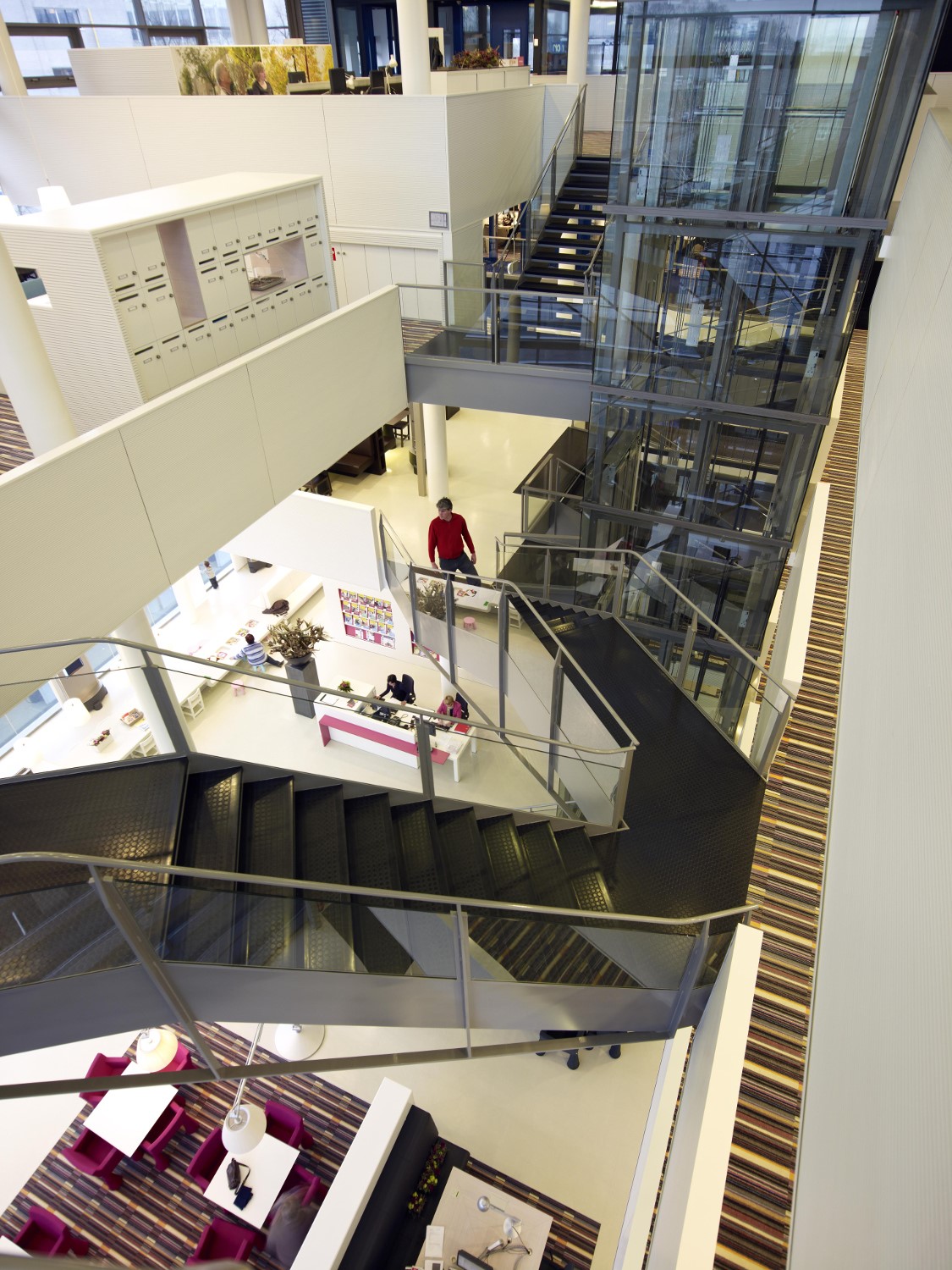 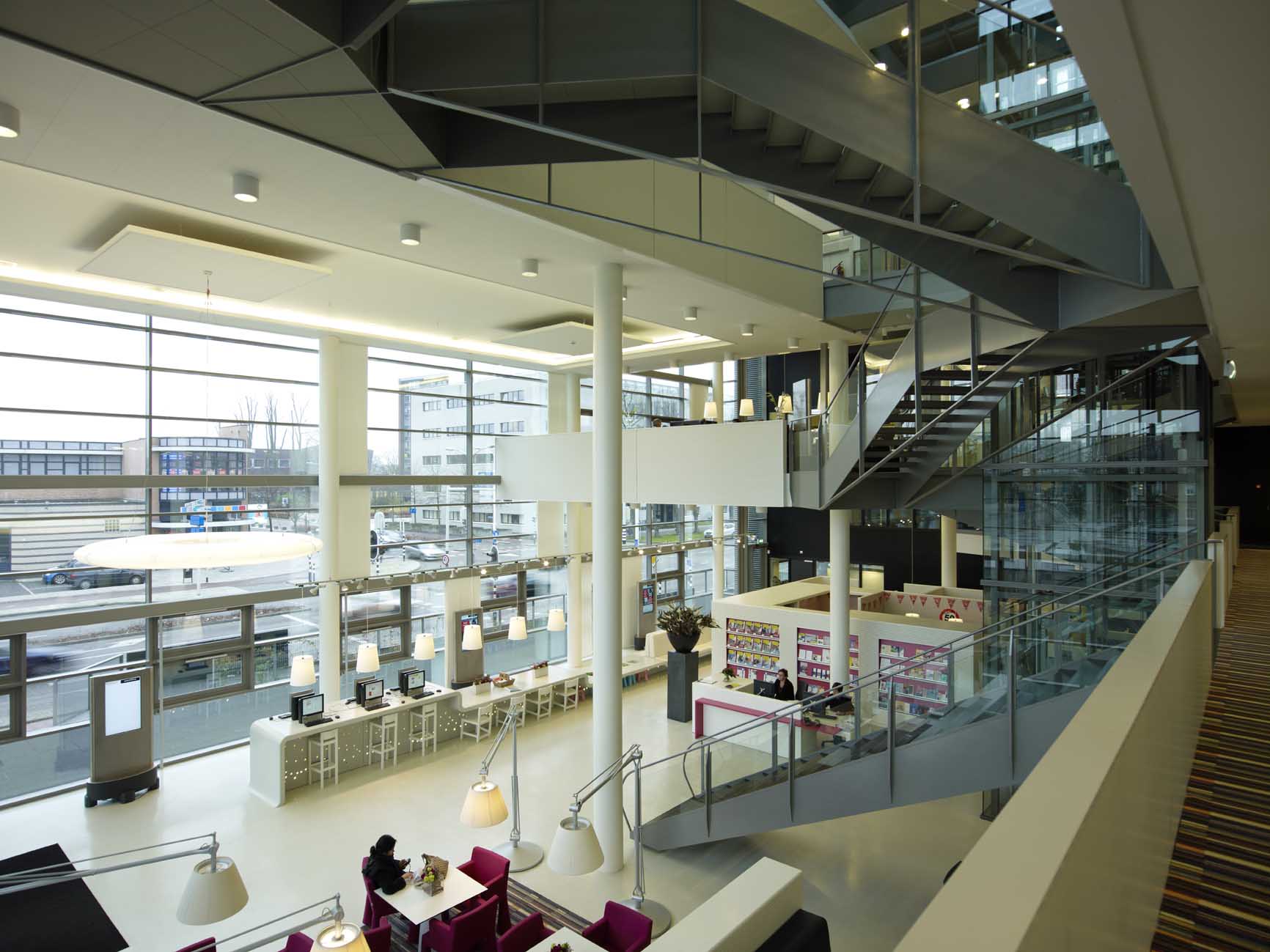 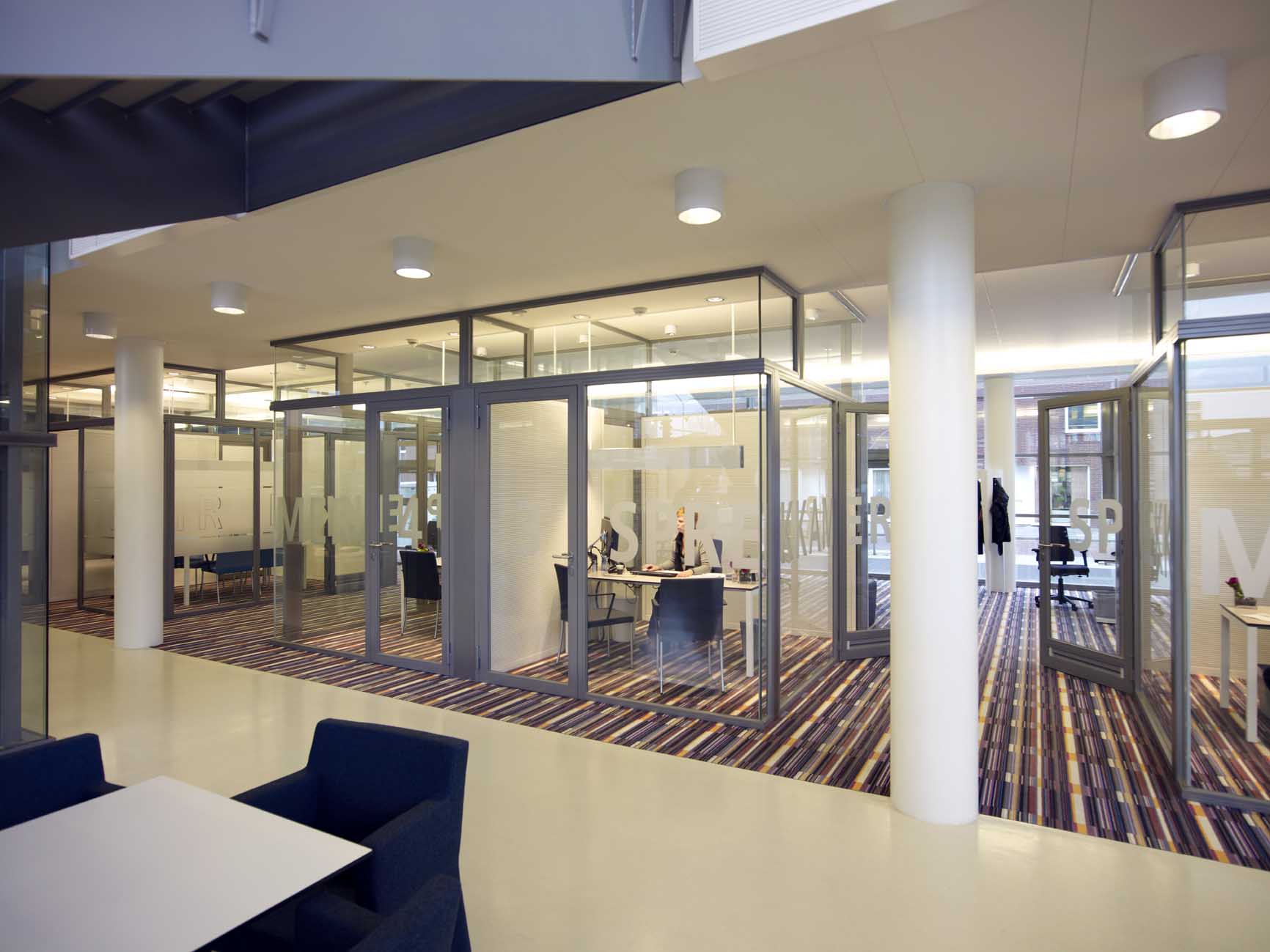 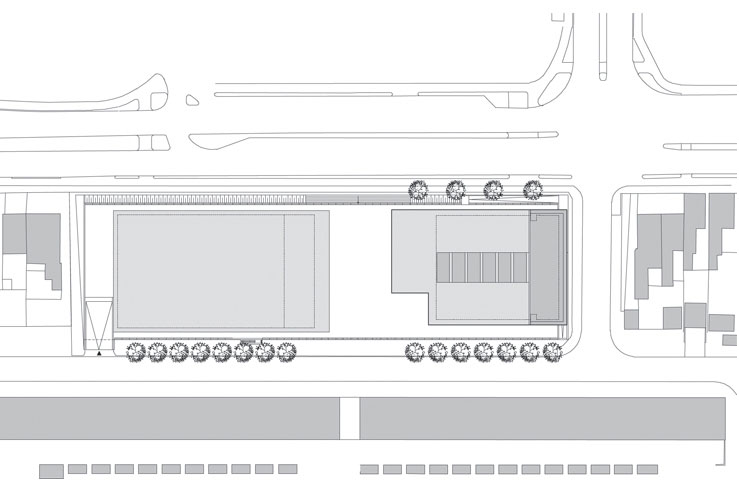 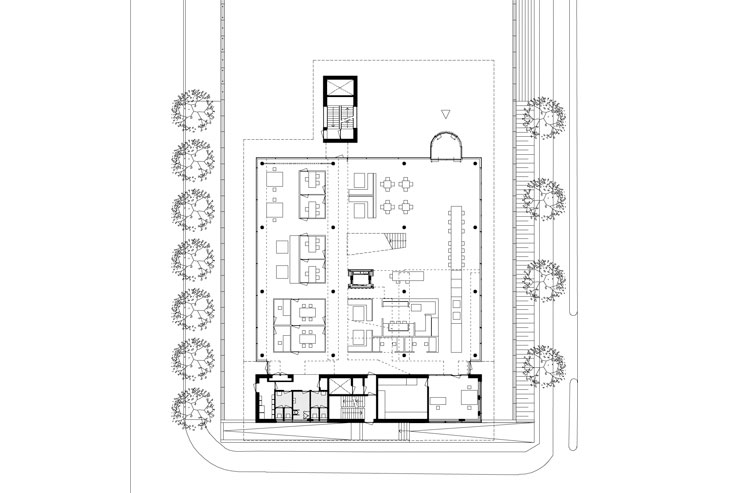 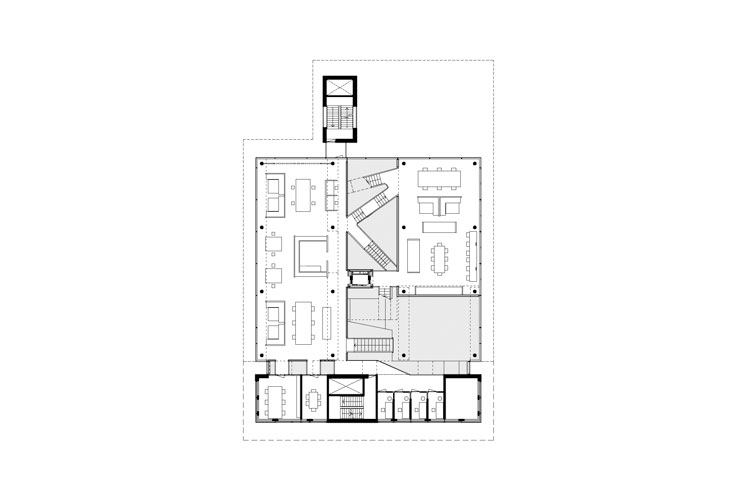 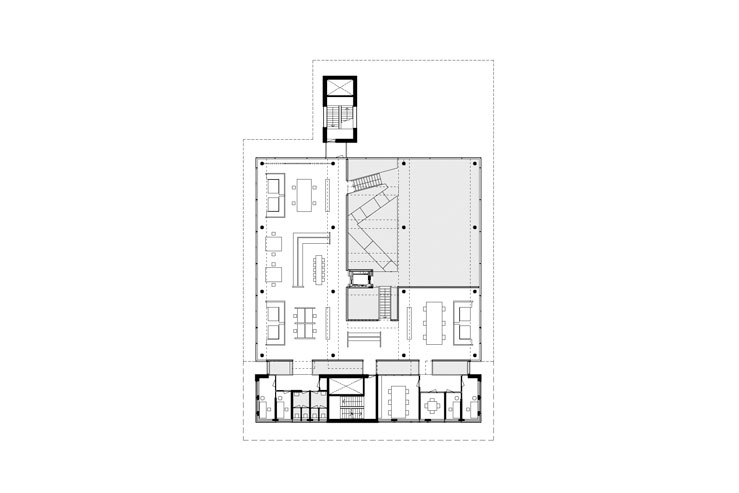 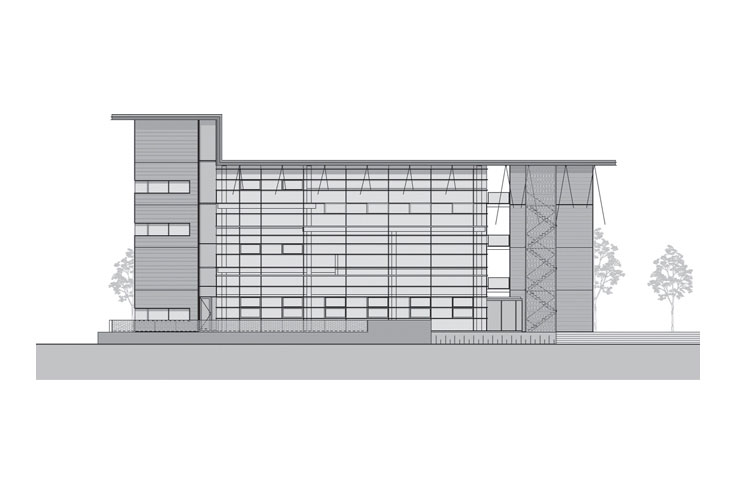 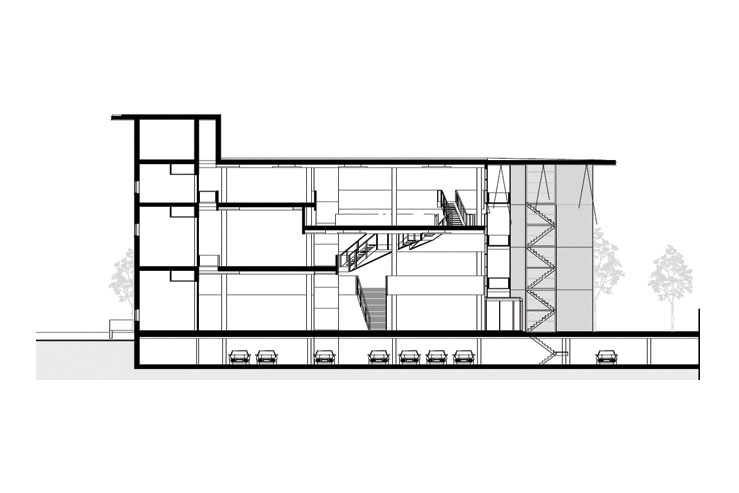 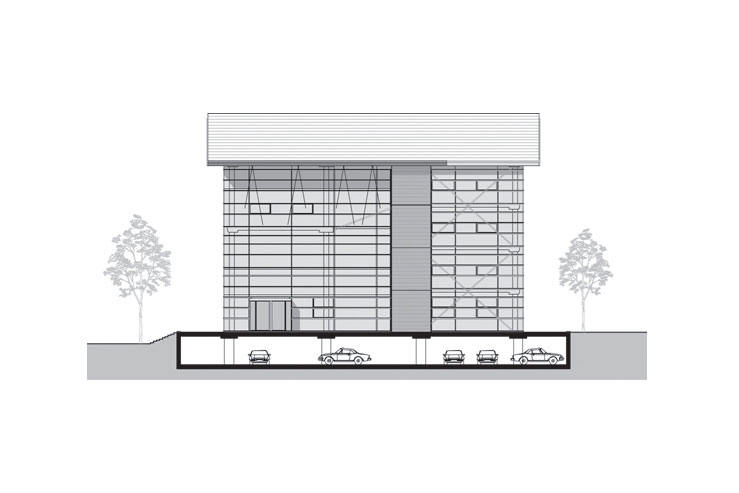 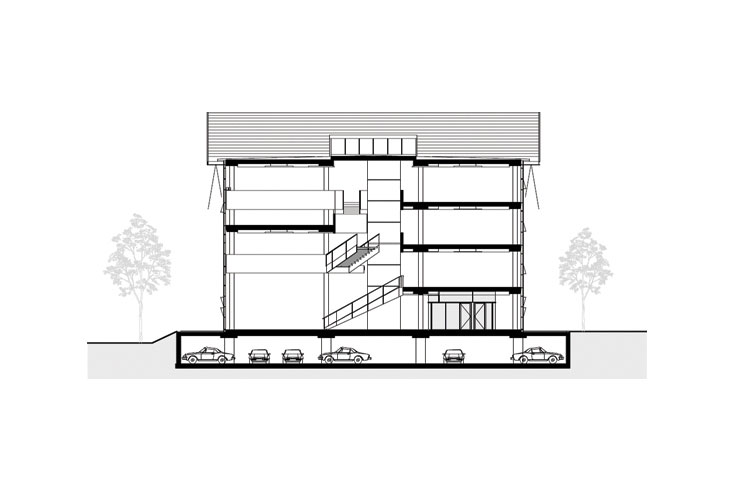 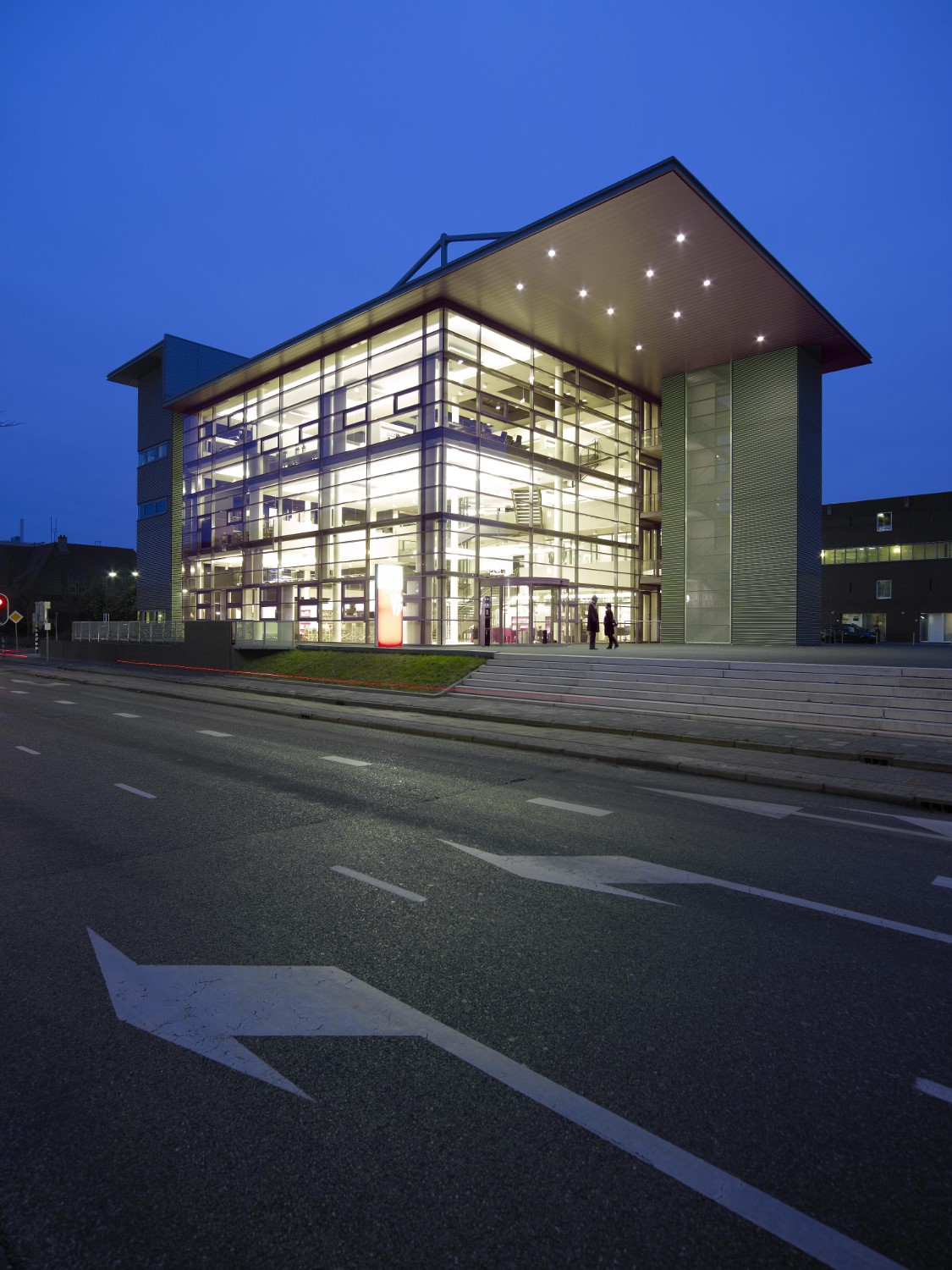