Ministry of Social Welfare and Employment, The Hague 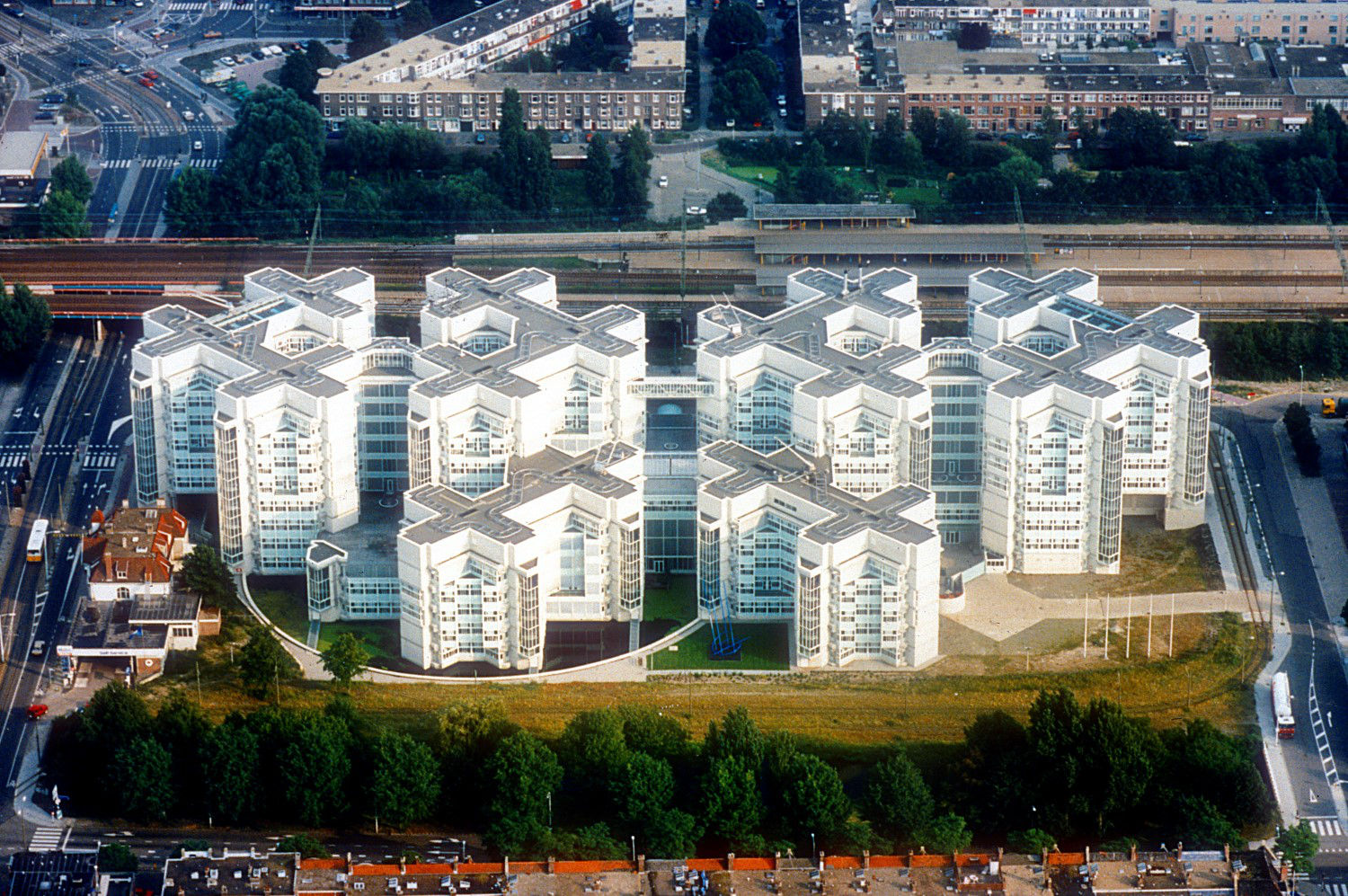 This office building for over 2000 people is organised into individual spaces for nearly everyone. The building structure consists of repeating units, thereby avoiding the endless corridors that occur in so many office blocks. On the side facing the railway embankment the office spaces would best be situated high up, so as to have a view over the embankment. On the other side the building has been kept as low as possible to conform to the height of the housing in this area. Instead of an architectural volume containing vast office spaces, we opted for an articulation into different building sections, so that the volume is as it were distributed over a number of separate buildings, grouped along the elongated central area, i.e. a number of smaller office buildings together constituting a whole. Each of these more or less self-contained office buildings can accommodate one or more departments, each being individually accessible from the central area. All these departments or combinations of departments are arranged as autonomous units about a glass-covered vertical space that extends over three floors. The vertical spaces are to be situated along one of the exterior façades in such a way that all work spaces have an unobstructed view to the outside.

Read more about the ministry, the spirit of the time and the background at nextsocialaffairs.nl of the Atelier Rijksbouwmeester. 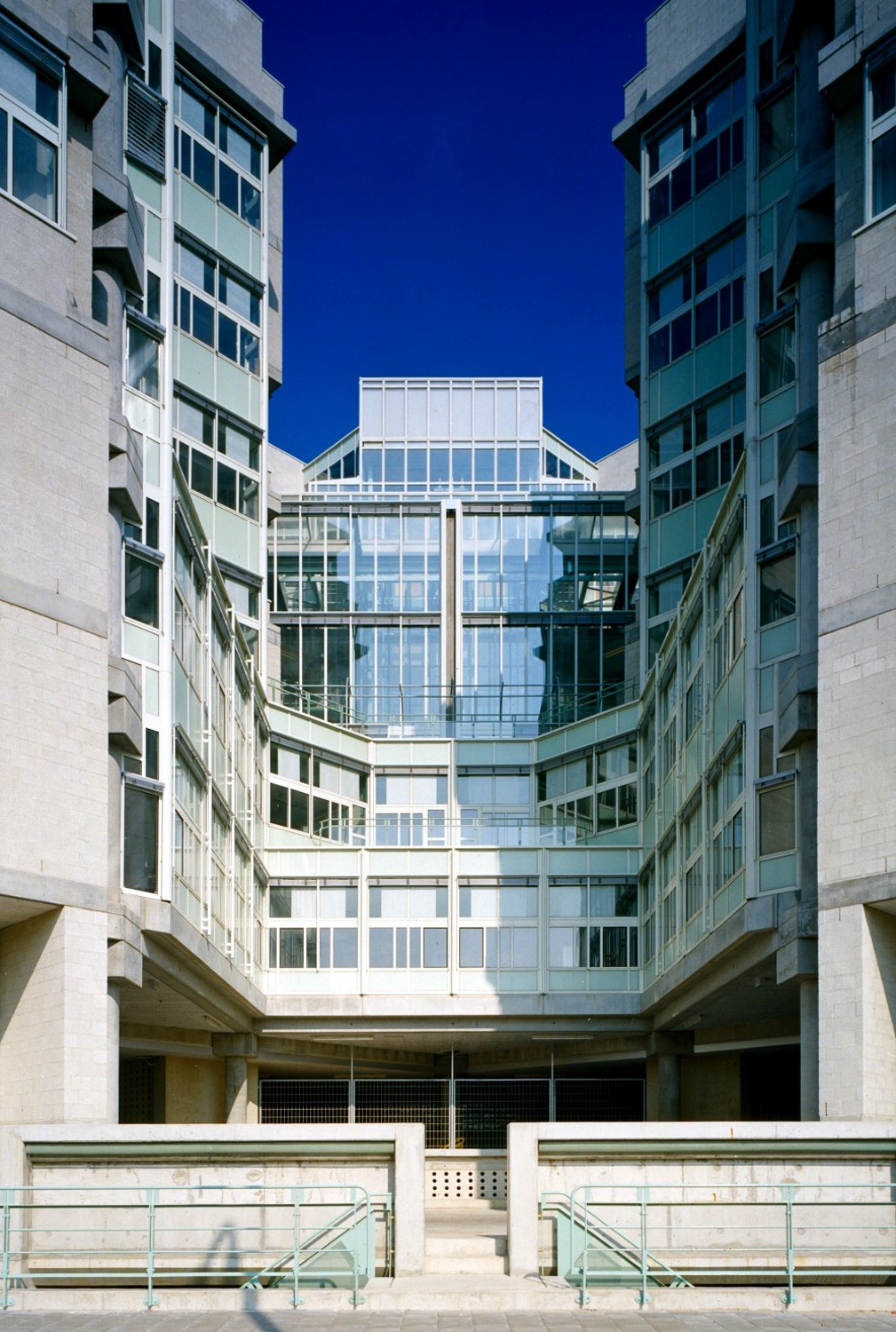 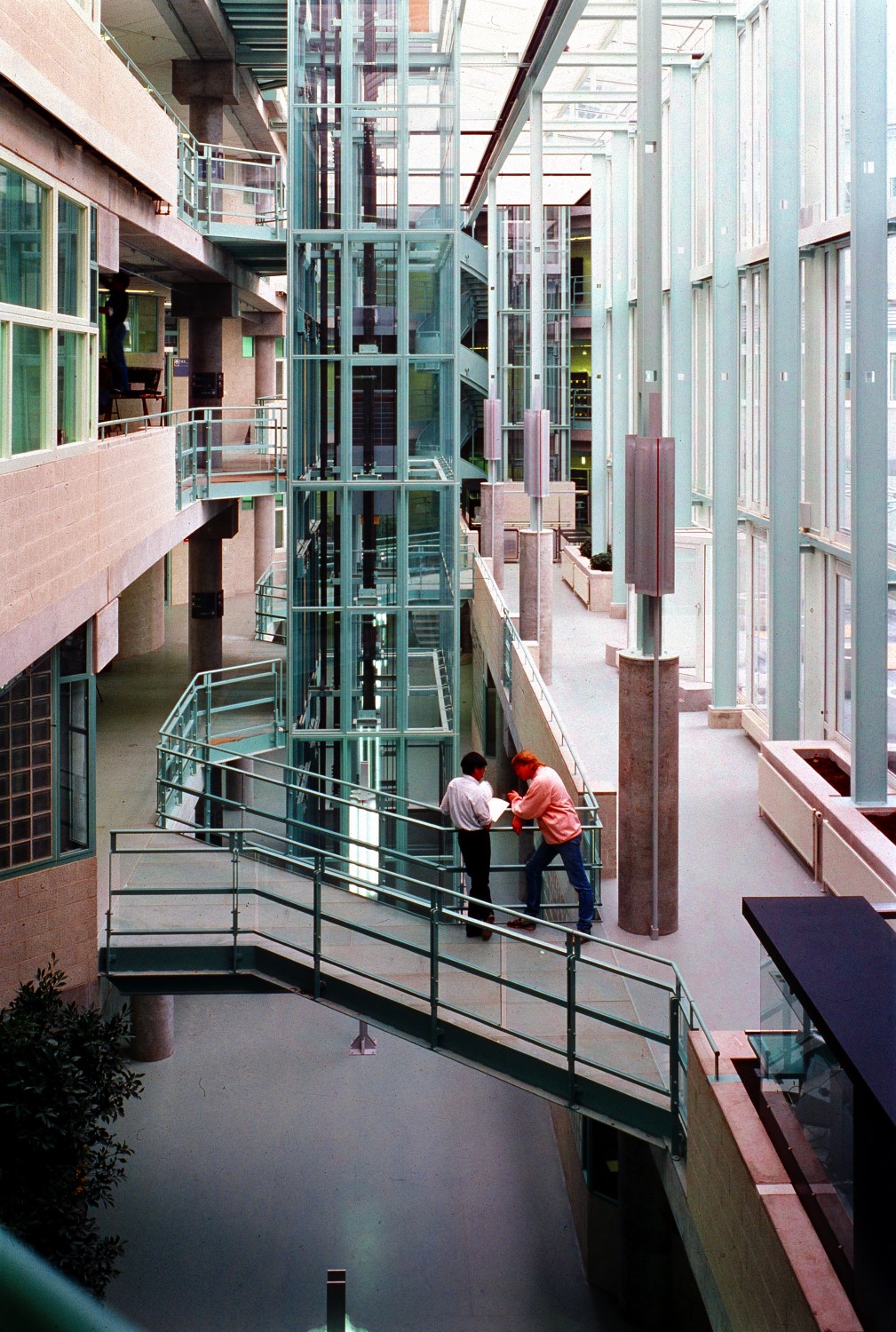 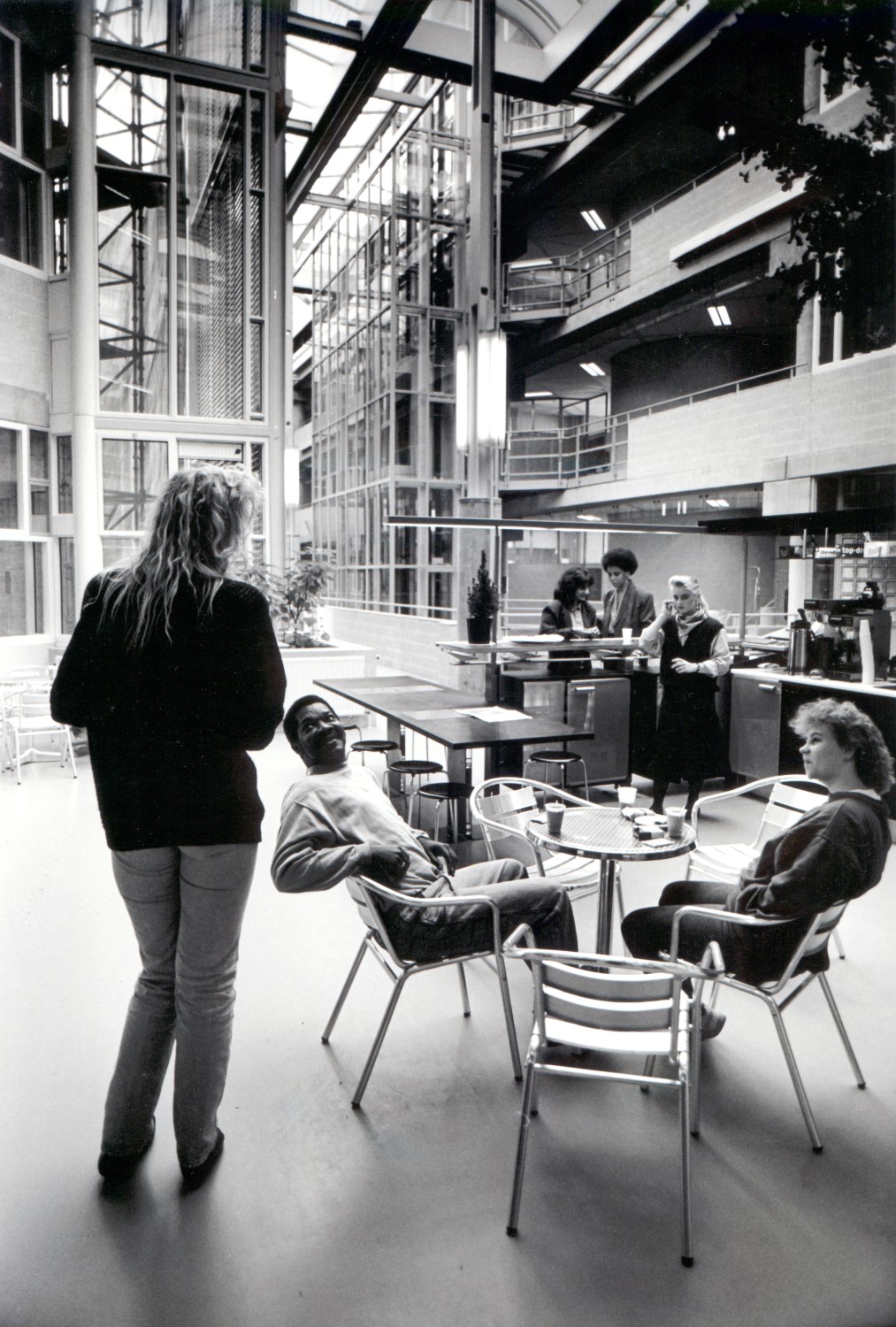 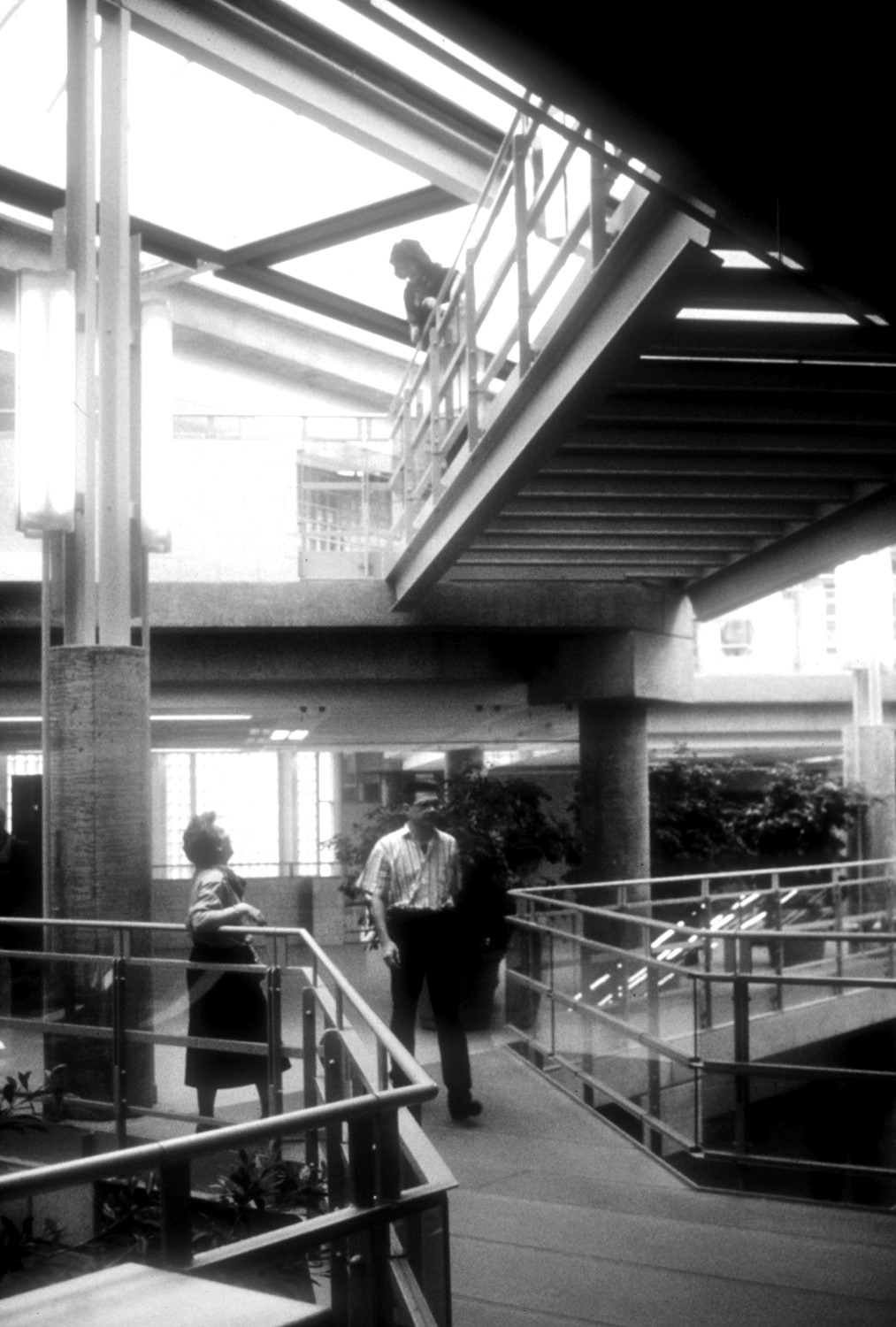 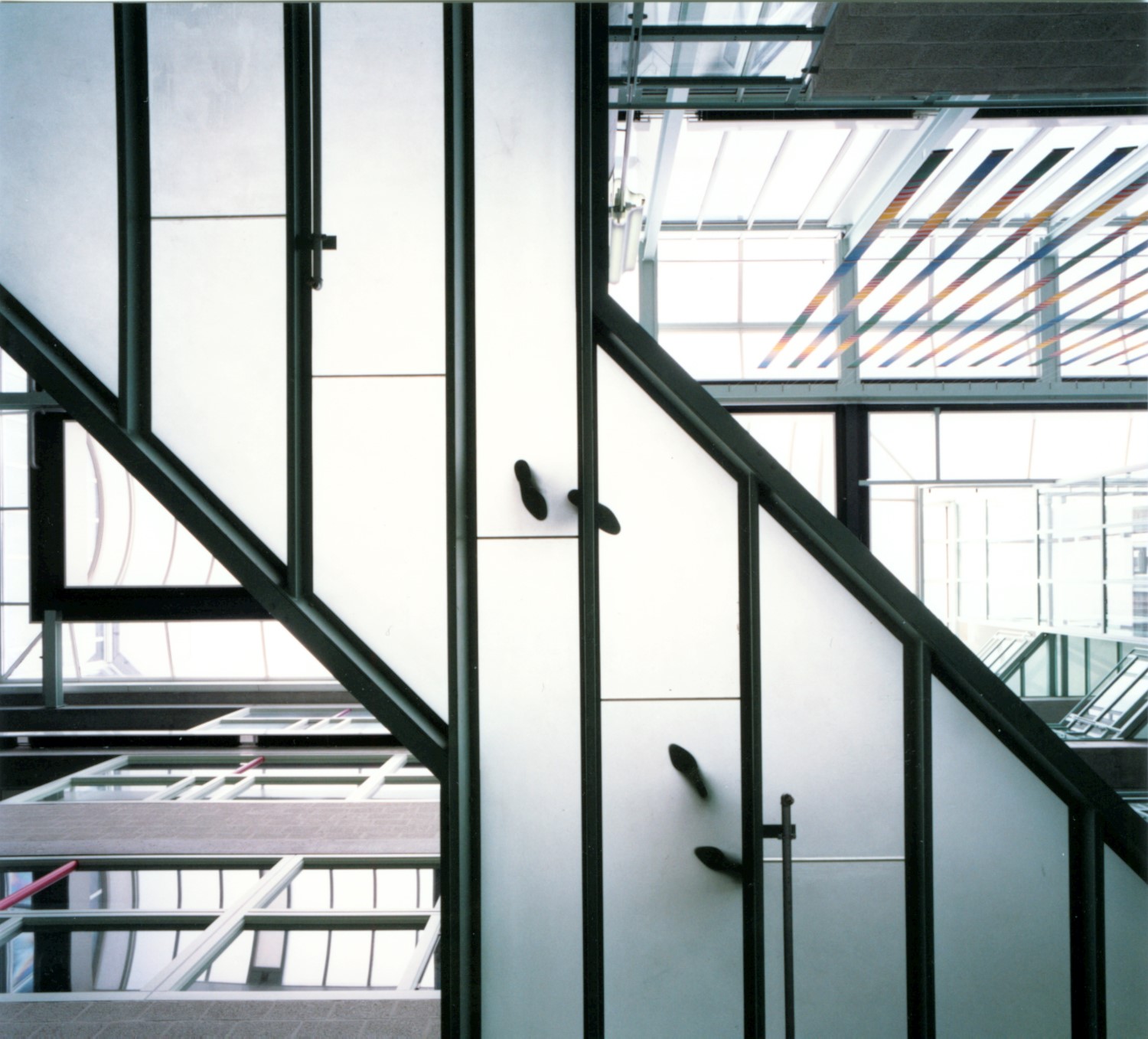 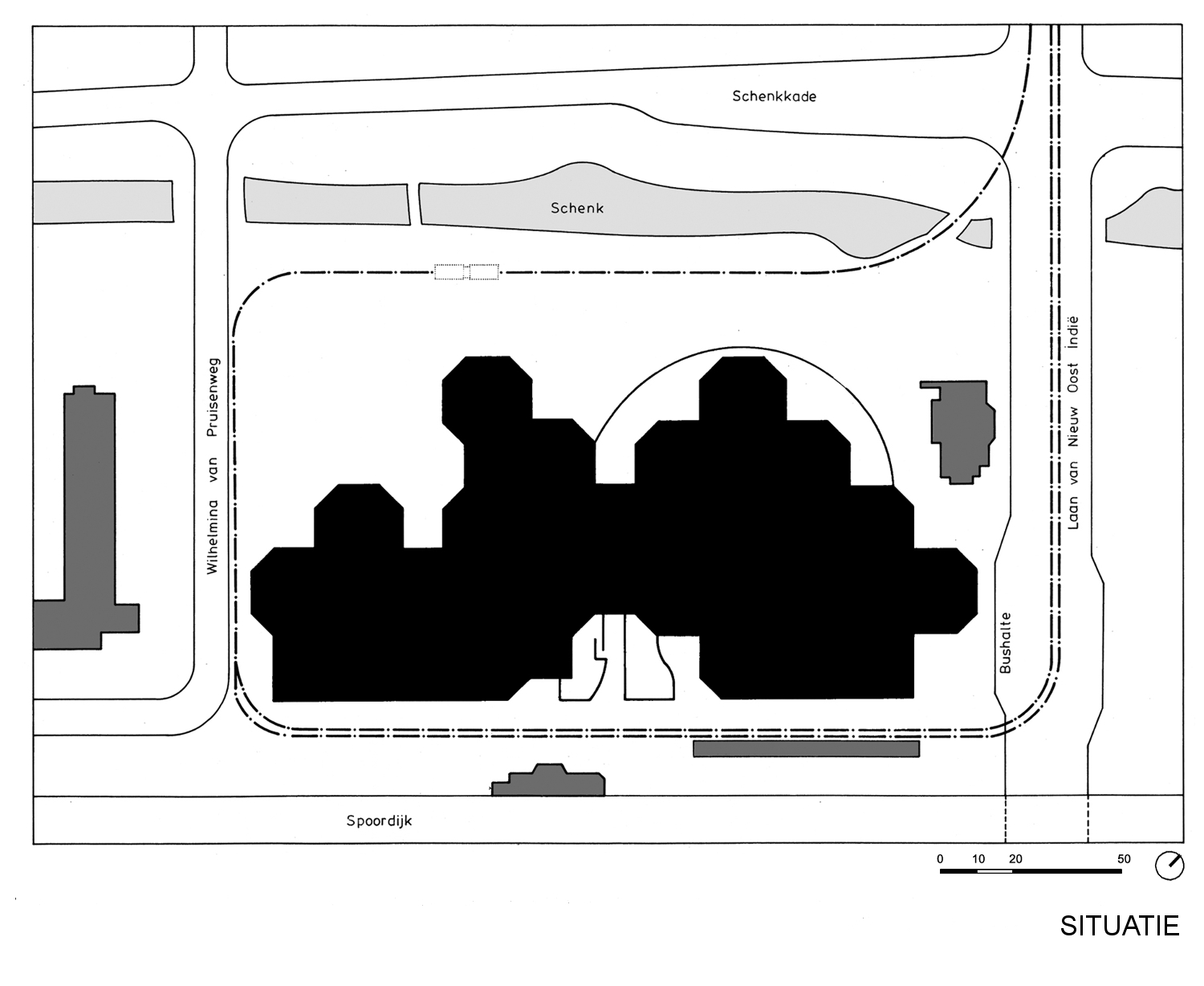 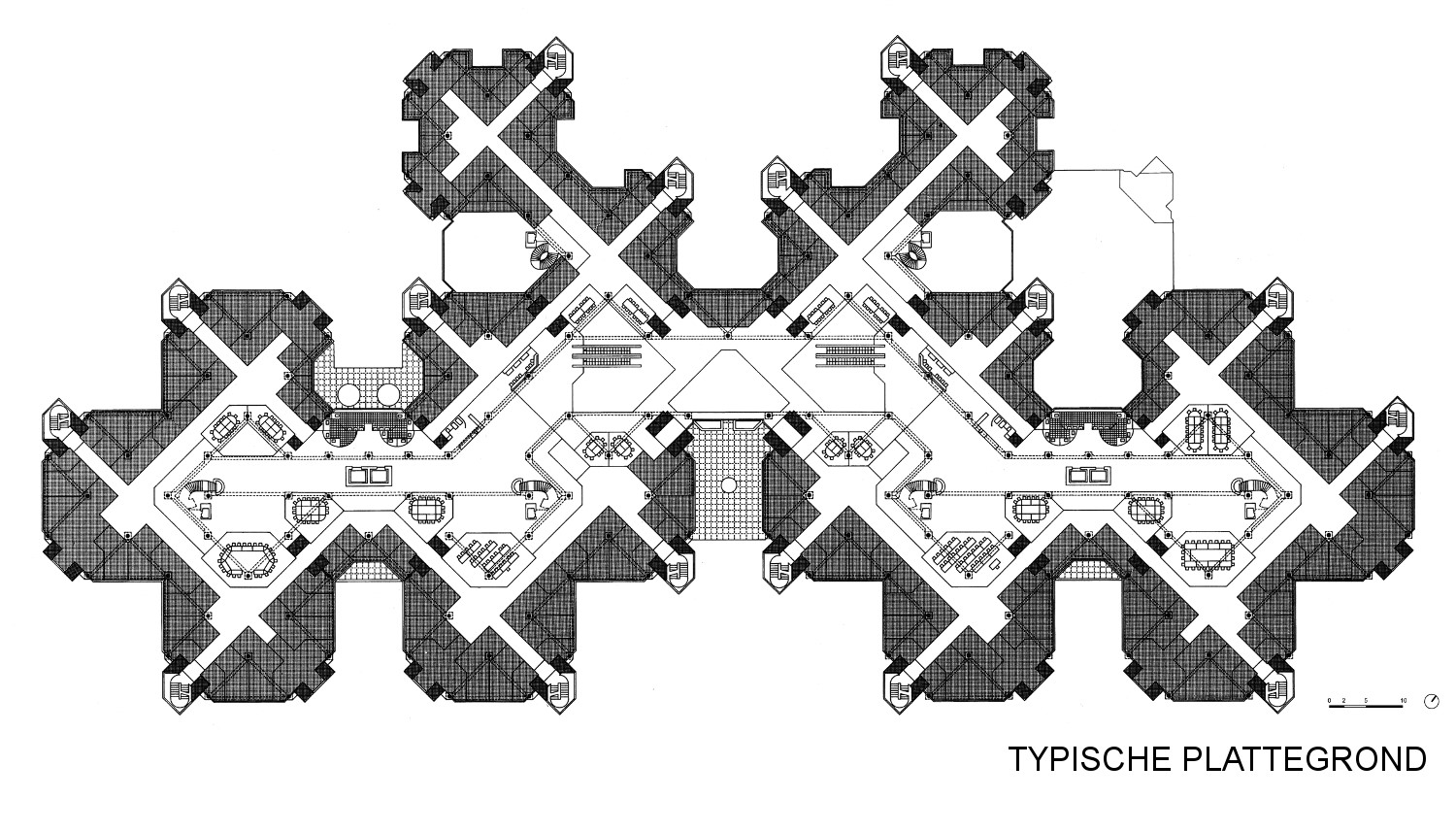 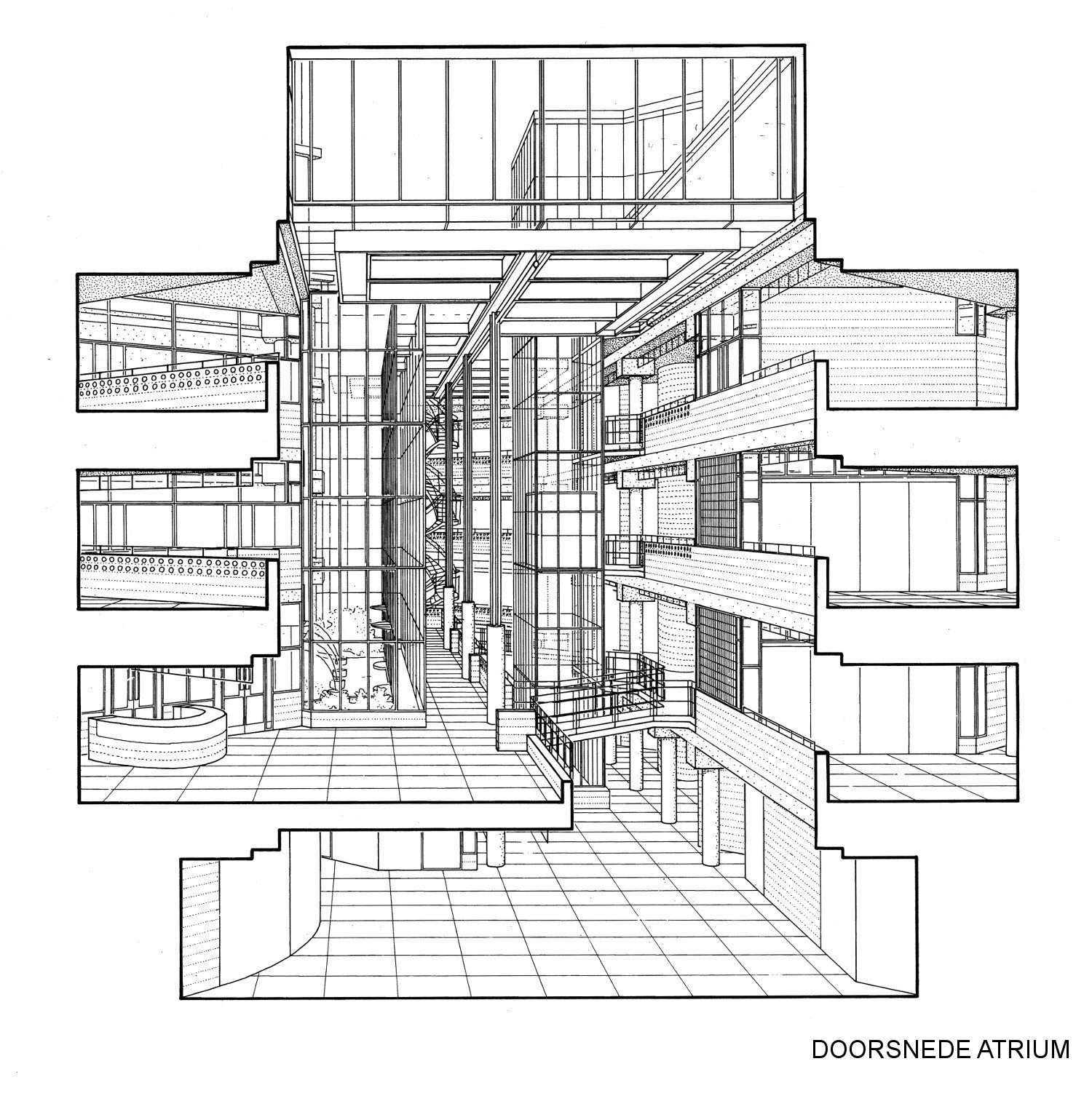 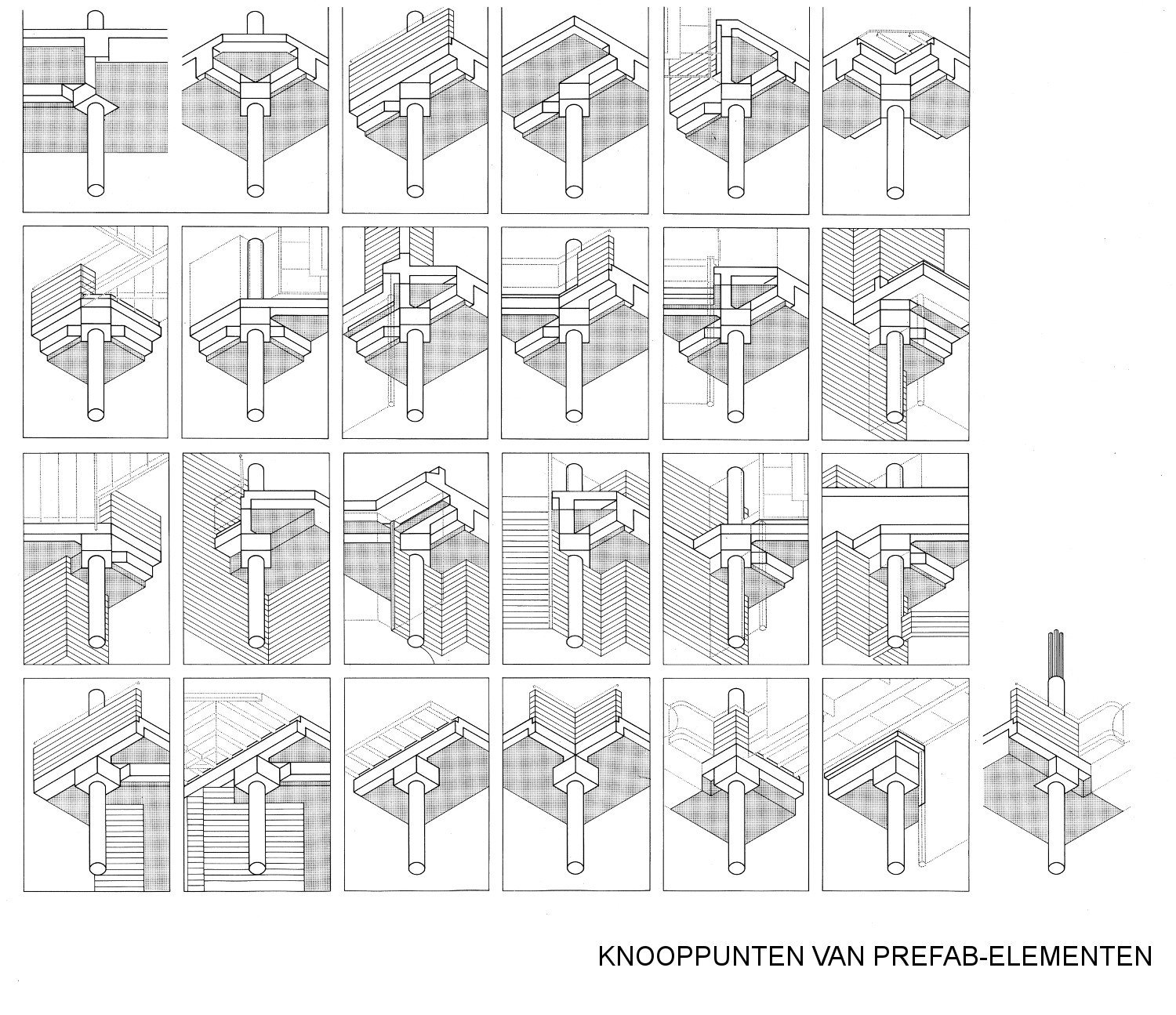 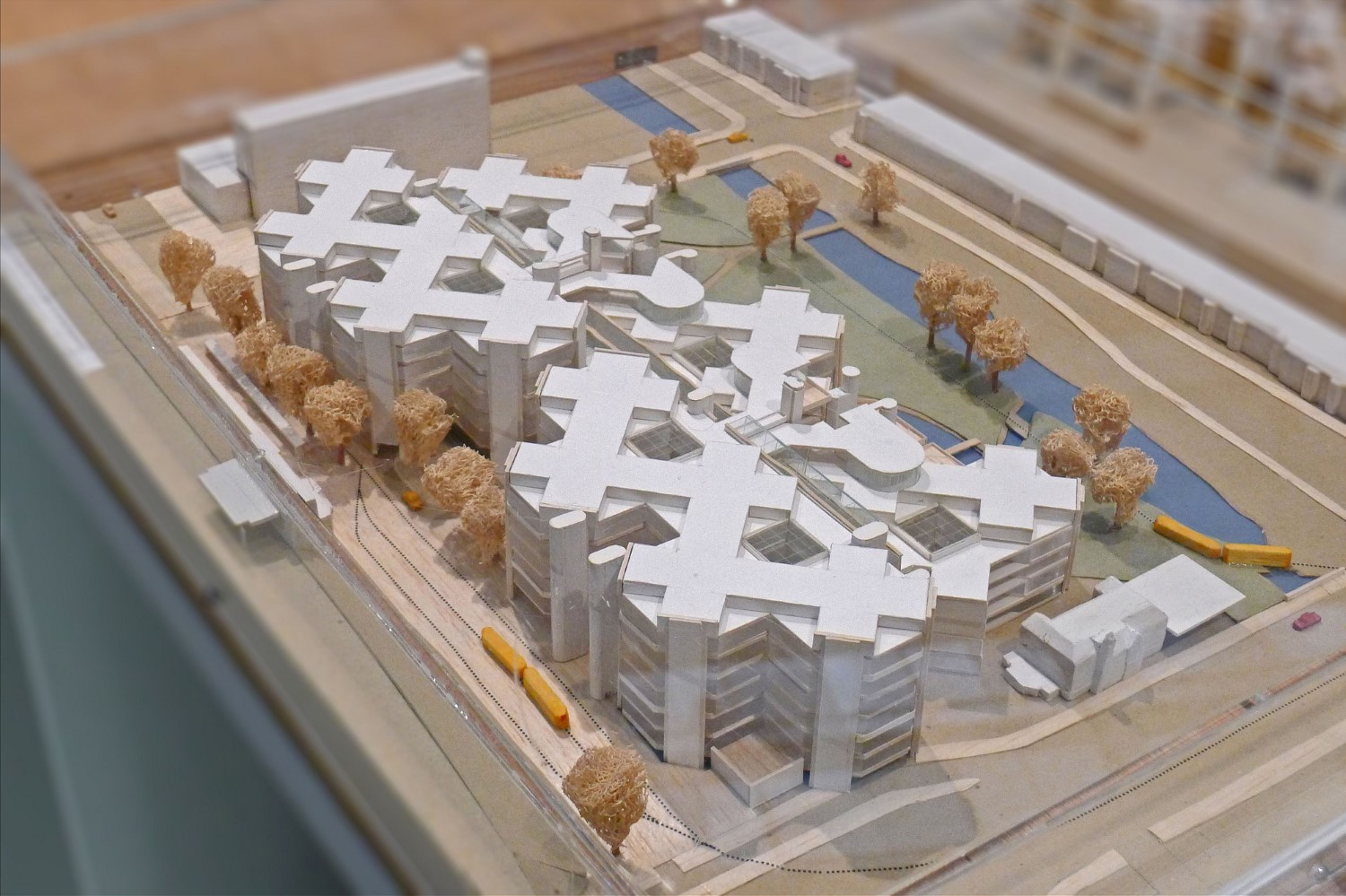