This school is not only located in a green area: the lush greenery is also continued in the interior of the building. The heart of the building is formed by a large and light atrium, in which the students can meet in a greenhouse-like environment. This central green square looks like a sloped landscape. In the five appendices, each with their own theme, there are closed-of classrooms and open work spaces.

The building is circular in design. Not only has the existing floor and construction been reused at the suggestion of AHH, the new materials have also been added to the skeleton as a demountable kit. In addition, recycled materials have been used as much as possible. The wooden beams from the old building that could not be reused have been converted into long canteen tables. That way, not a piece of wood has been lost. 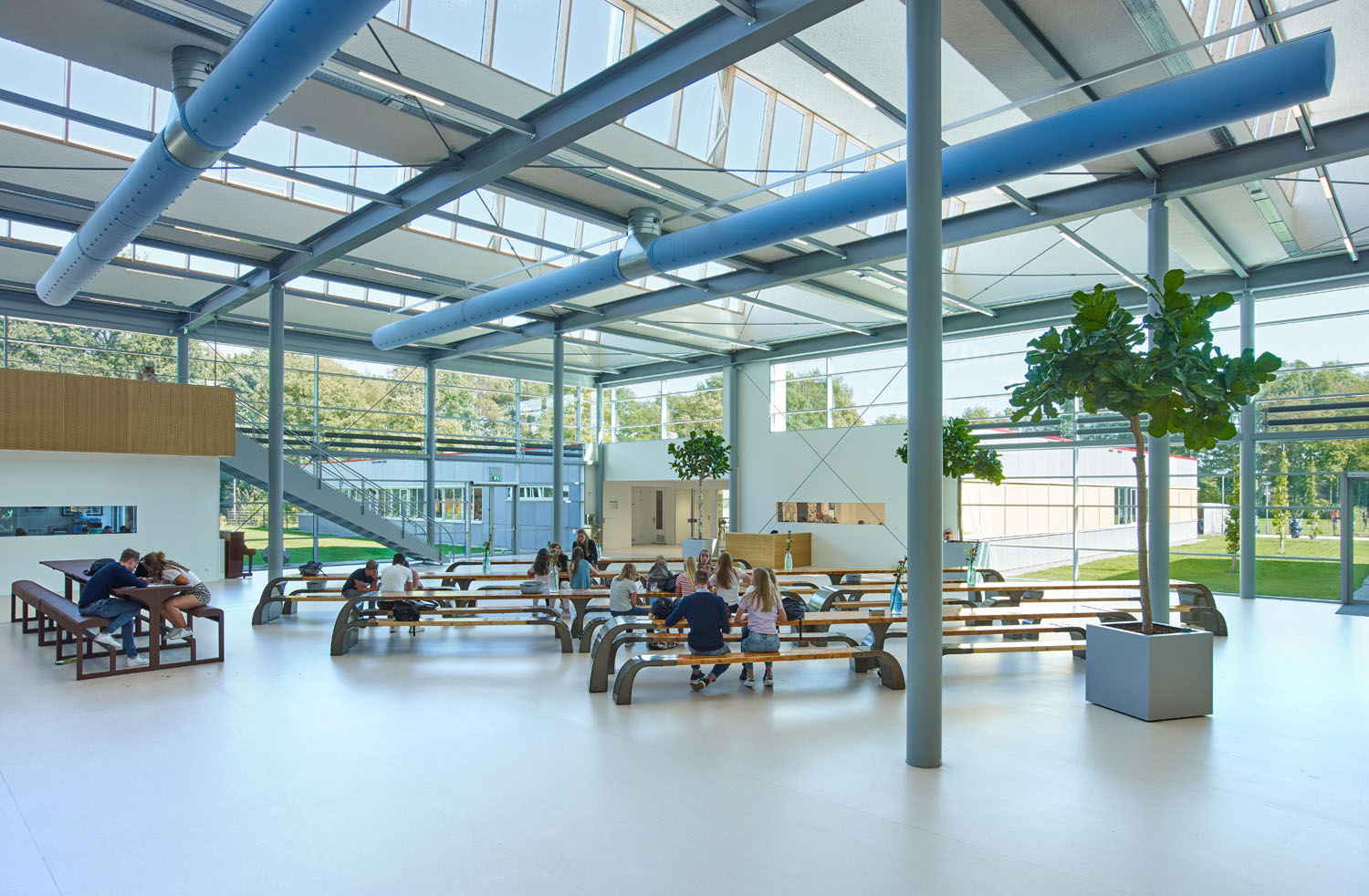 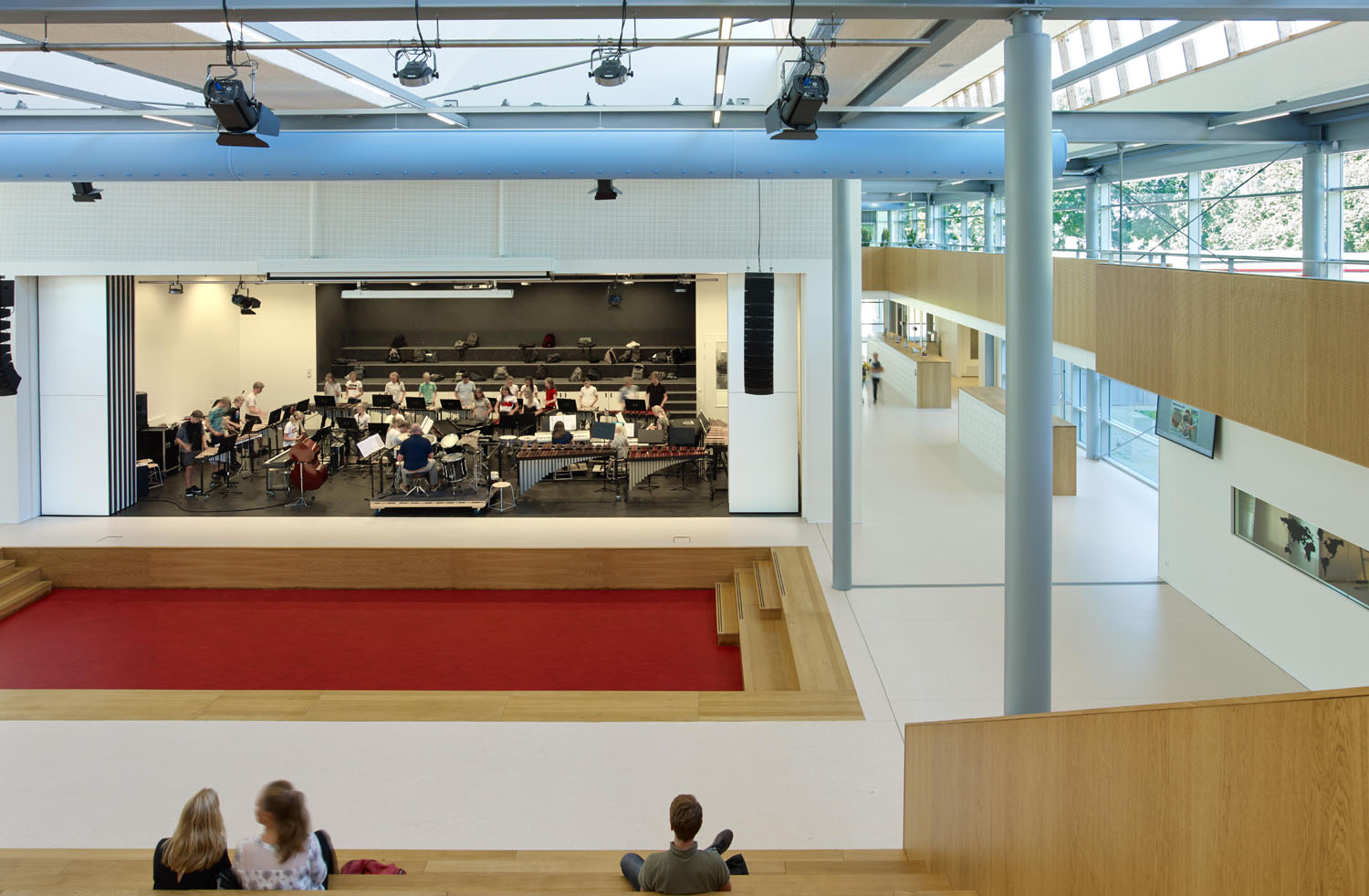 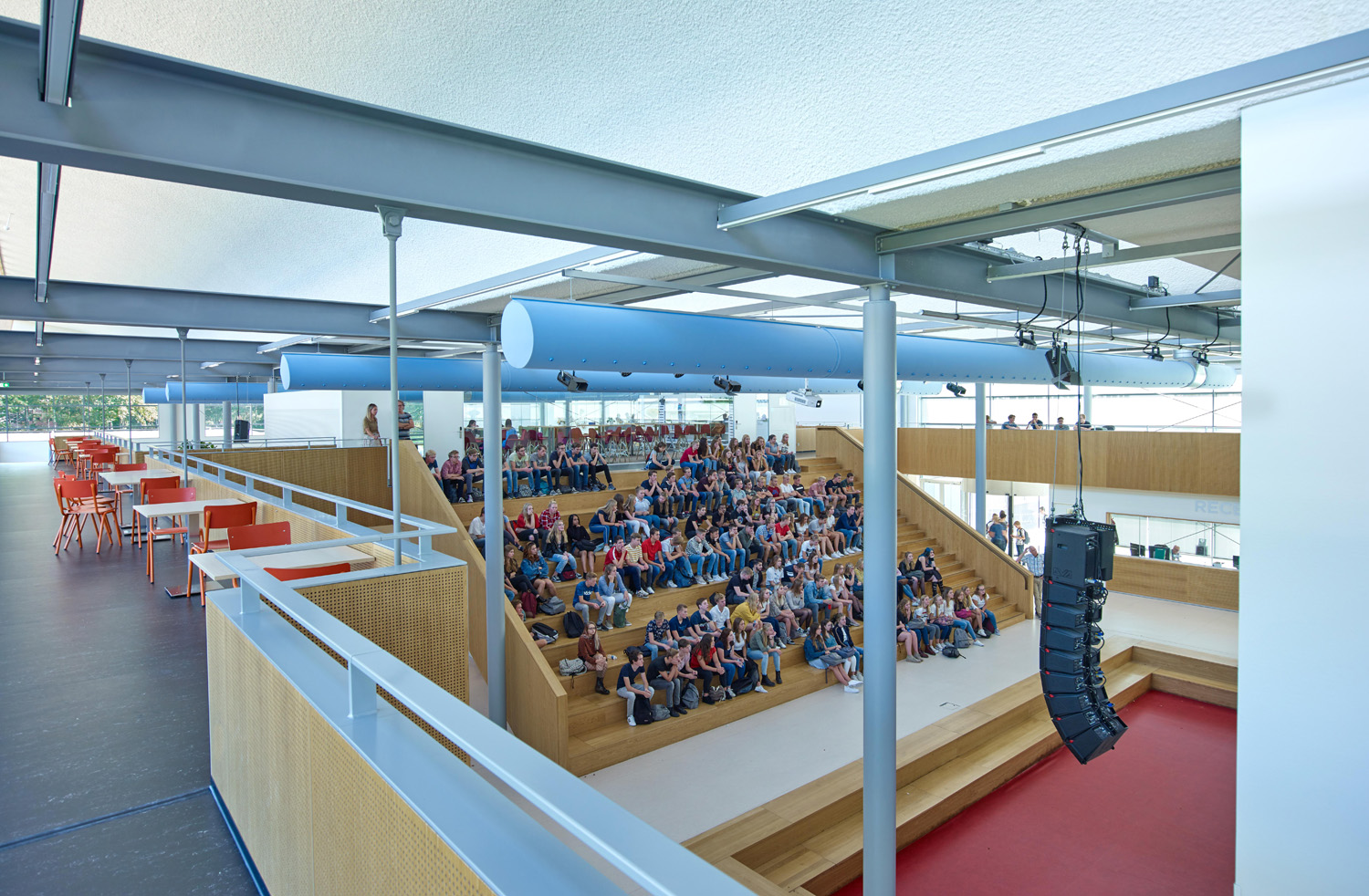 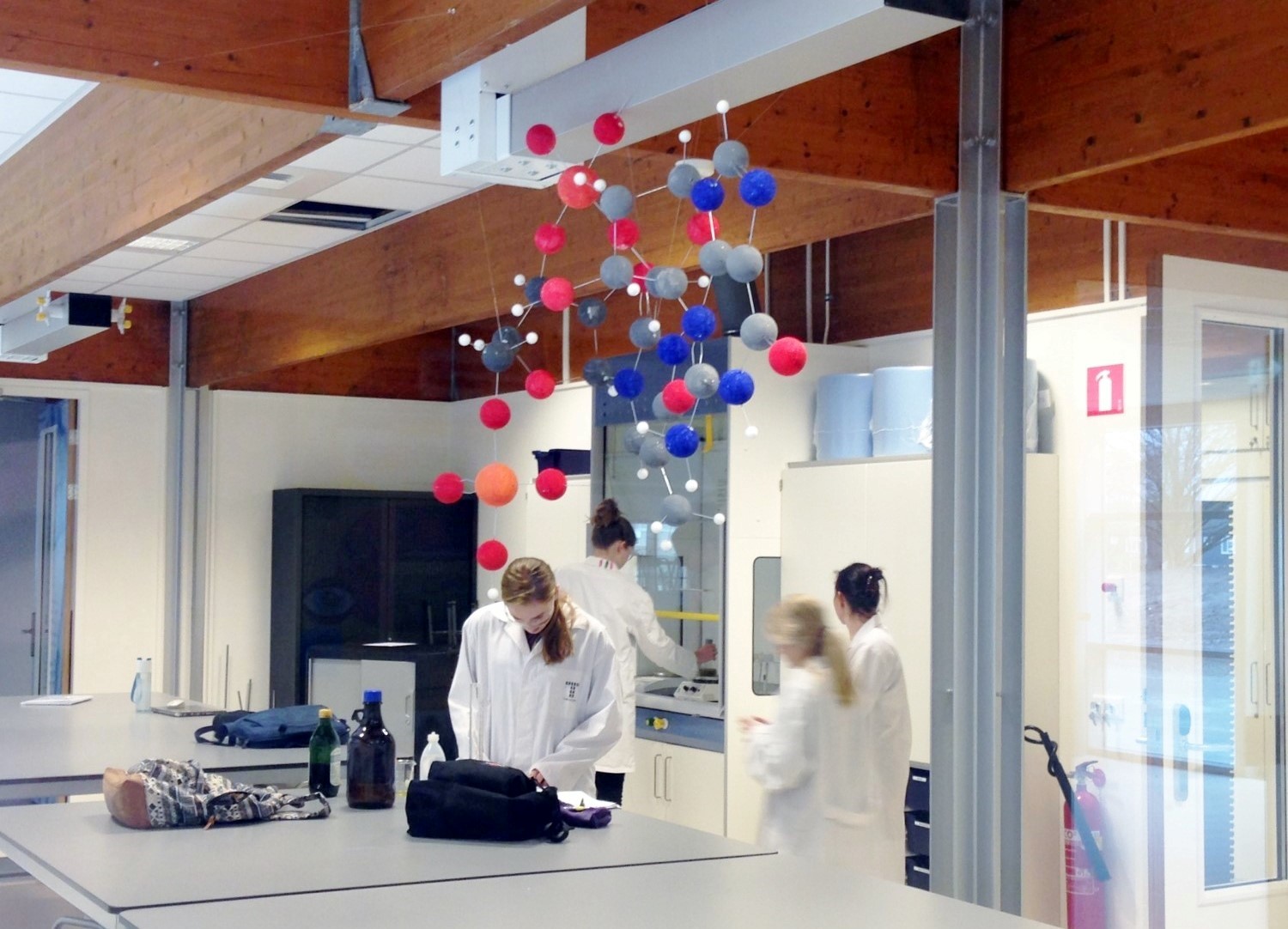 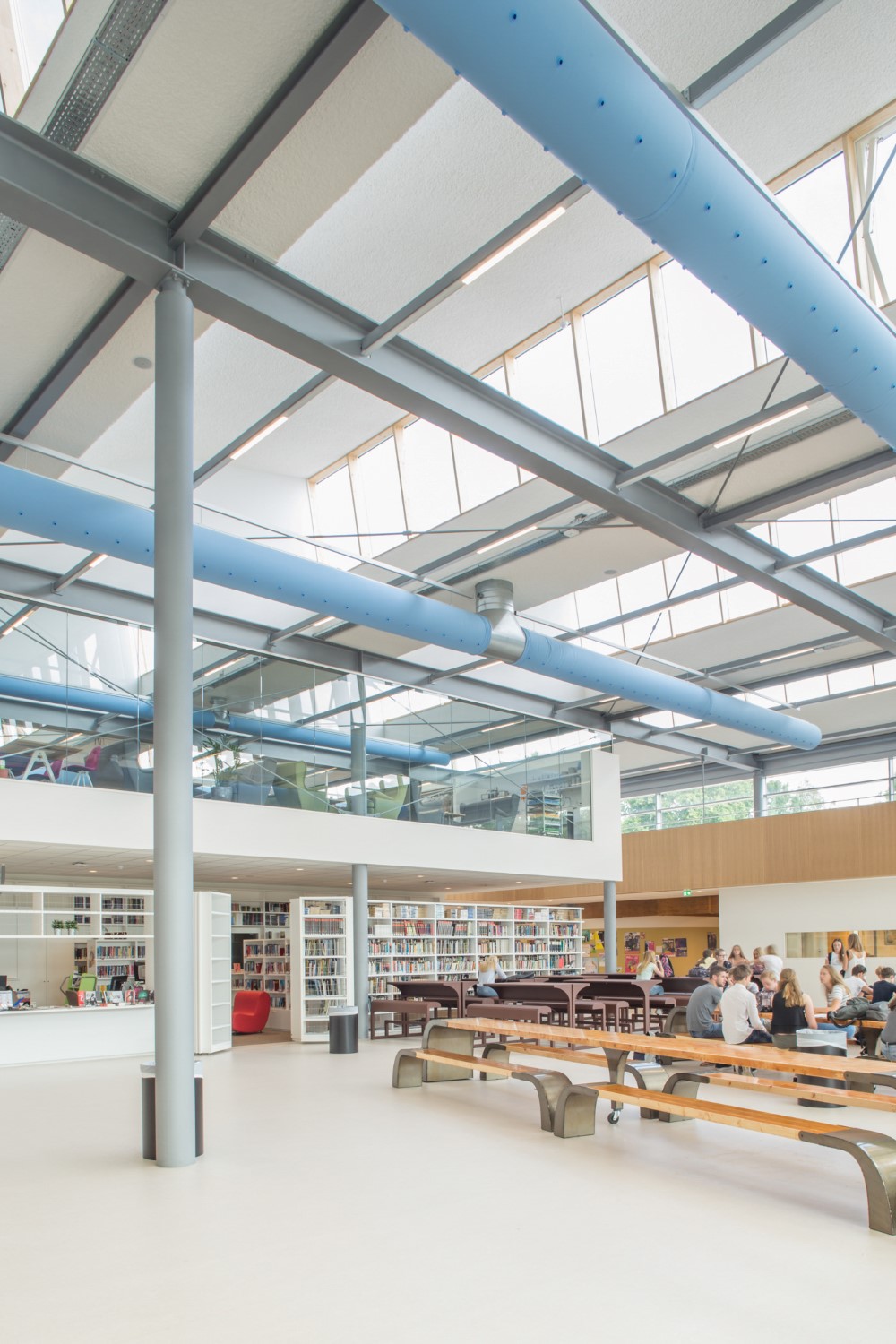 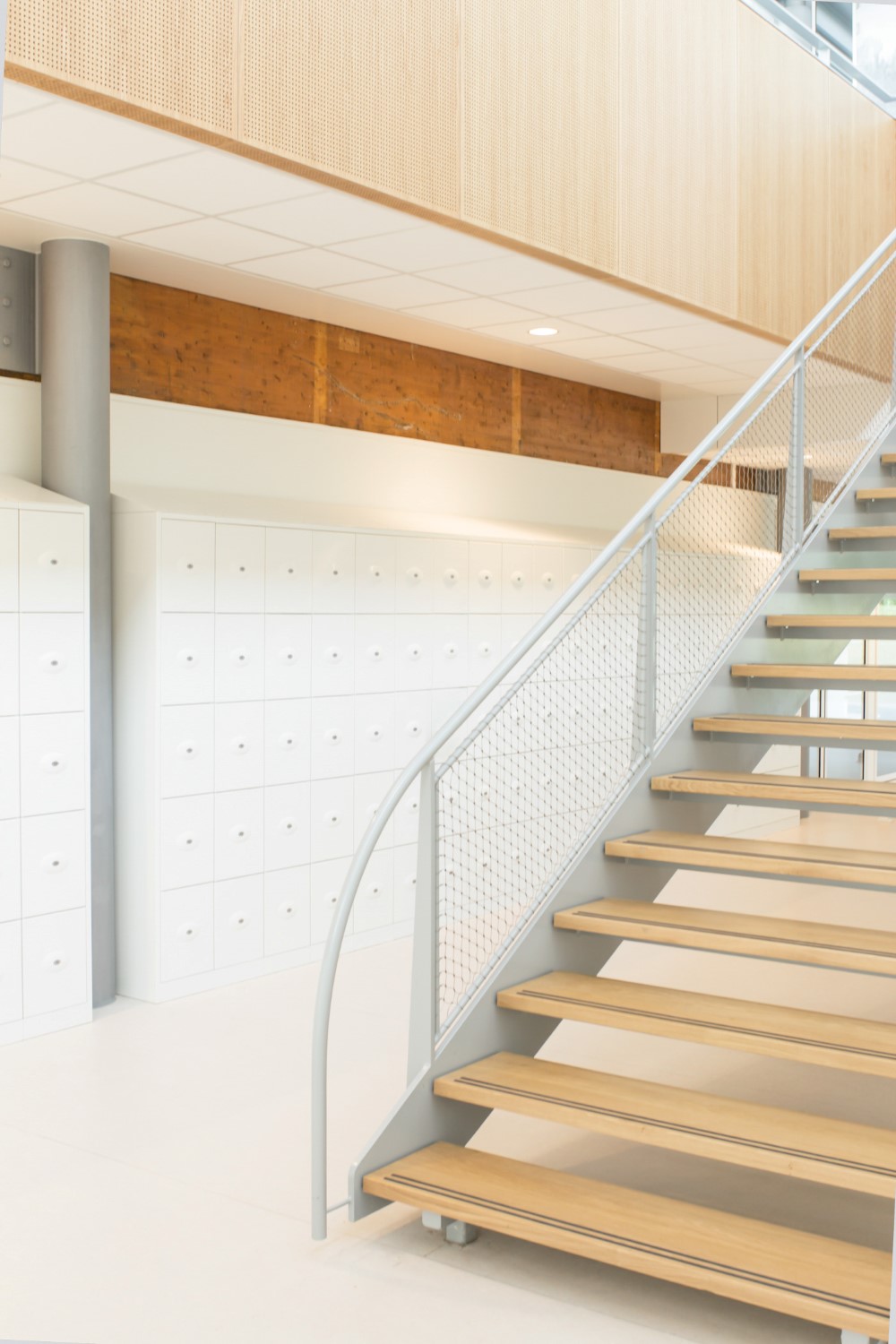 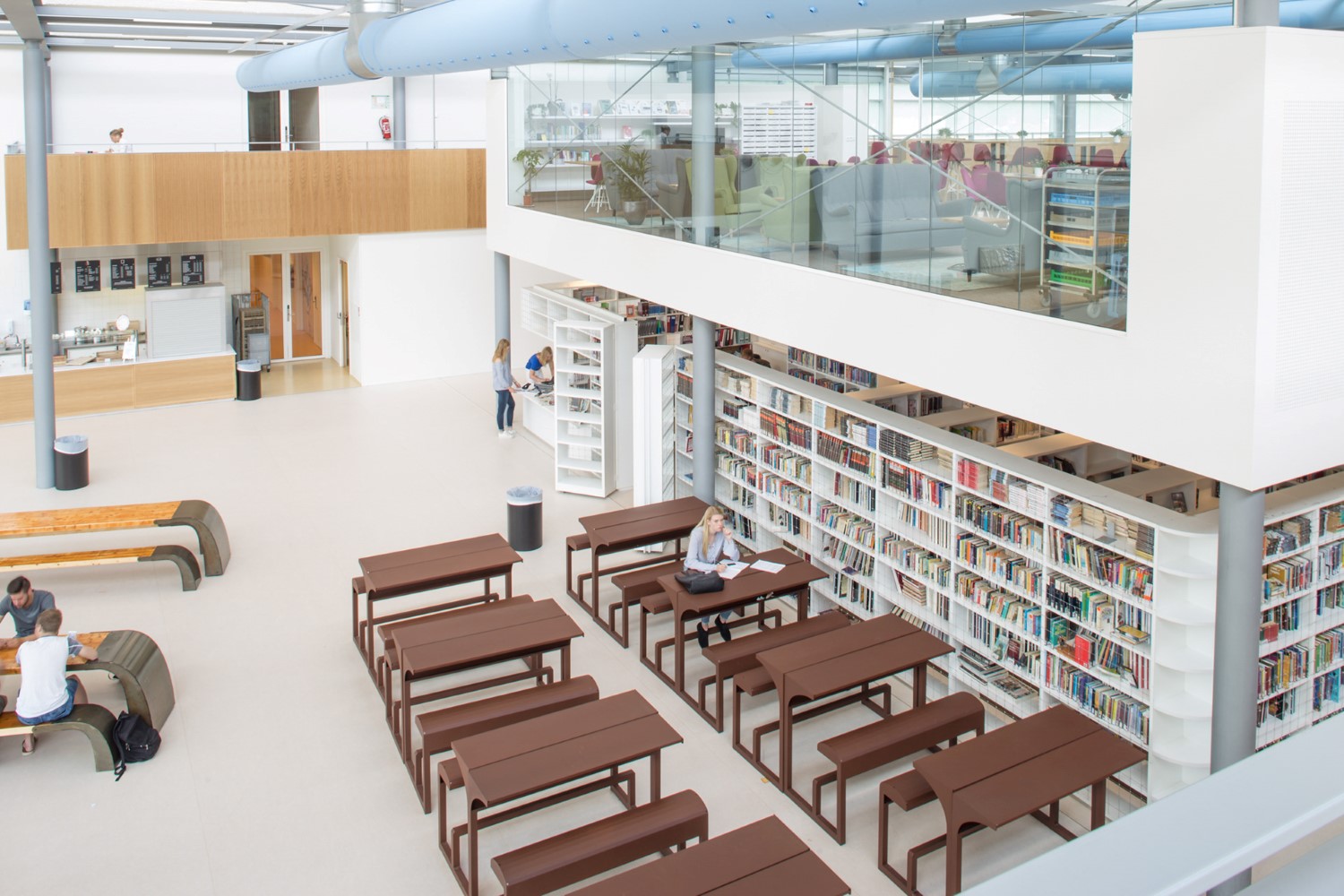