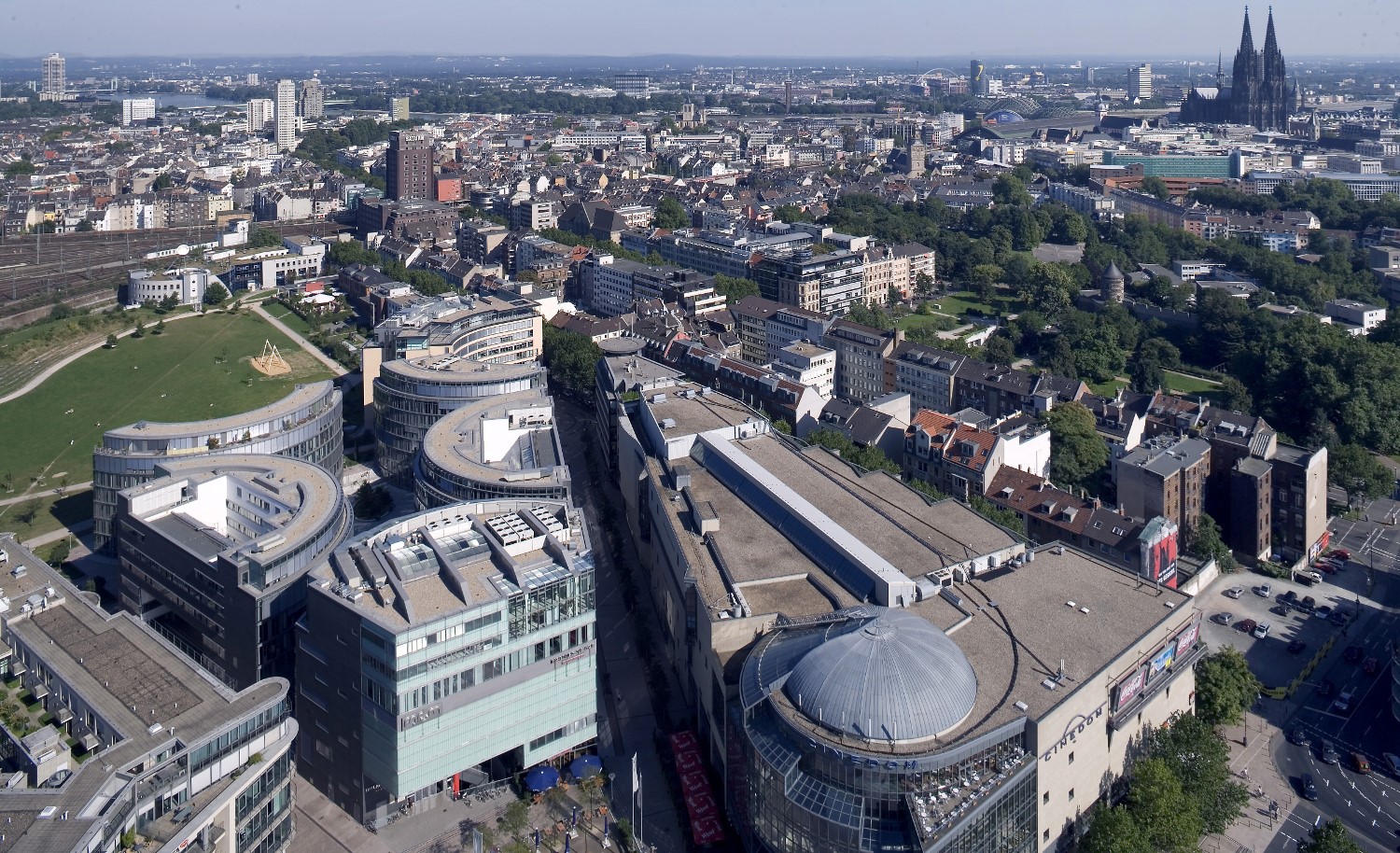 This final wedge marks the completion of the sliced-cake development that is the MediaPark, finally giving three-dimensional shape to a competition design of 1990 whose urbanistic departure-points, if not the architectural ones, have survived intact. Instead of the perimeter block-form of the other slices, our design divides the building into a quintet of segments grouped about a public courtyard. While the inner walls, inward-curving arcs taken from a single circle, are entirely of glass, the outward-facing 'sections' are more muted. All sides are consequently front facades, while the interior courtyard rejoins the public realm. The whole issue of inside and outside has become irrelevant. The segments of circle comprising the plan consist of a 'hard' immutable skin (almost like an arc of amphitheatre, built to last and able to receive less enduring infills). Whereas the enfolding arcs can house the ever essential offices functions, the 'paunches' were originally designed for the wide diversity of studios that were deemed an essential component of a MediaPark. 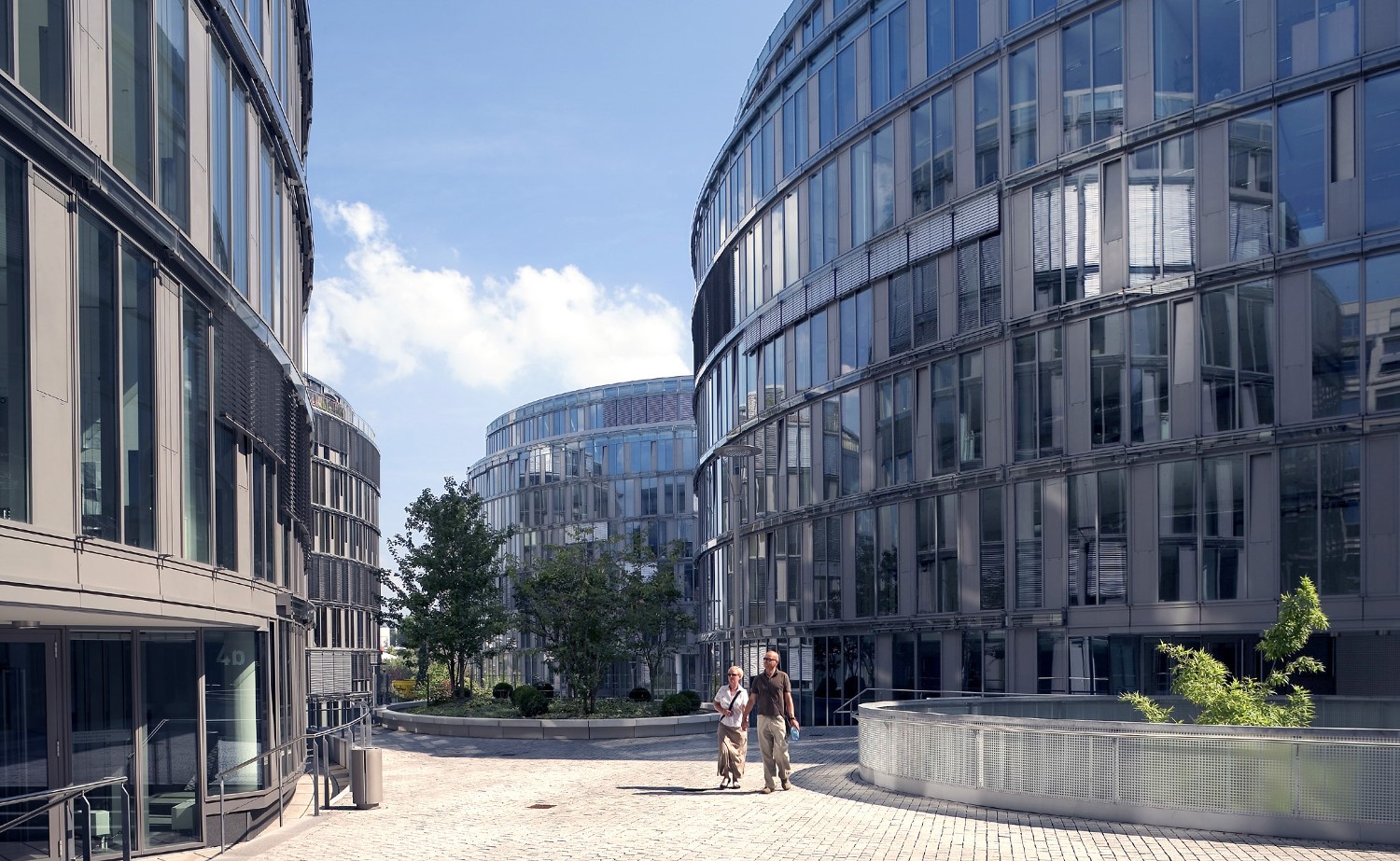 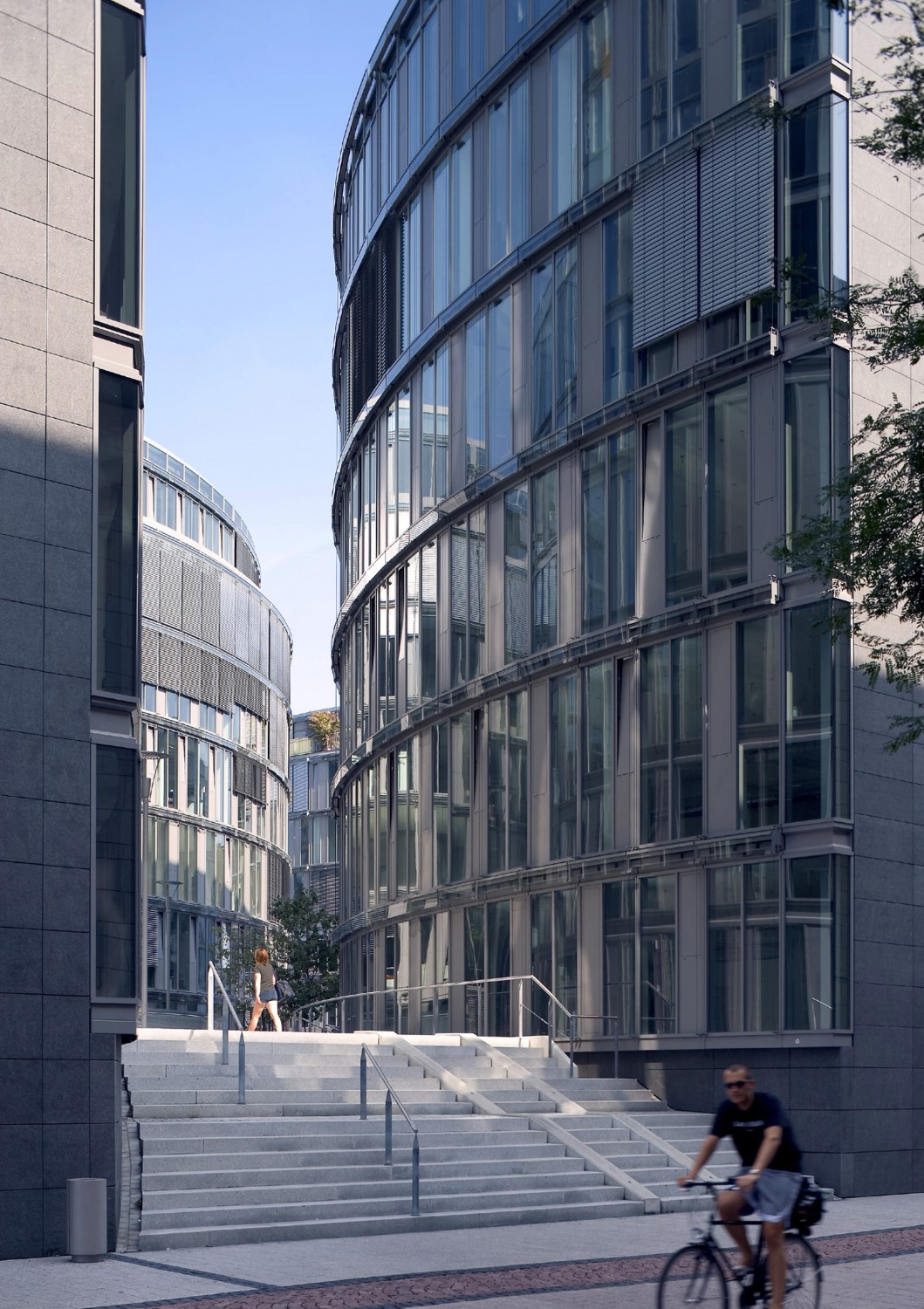 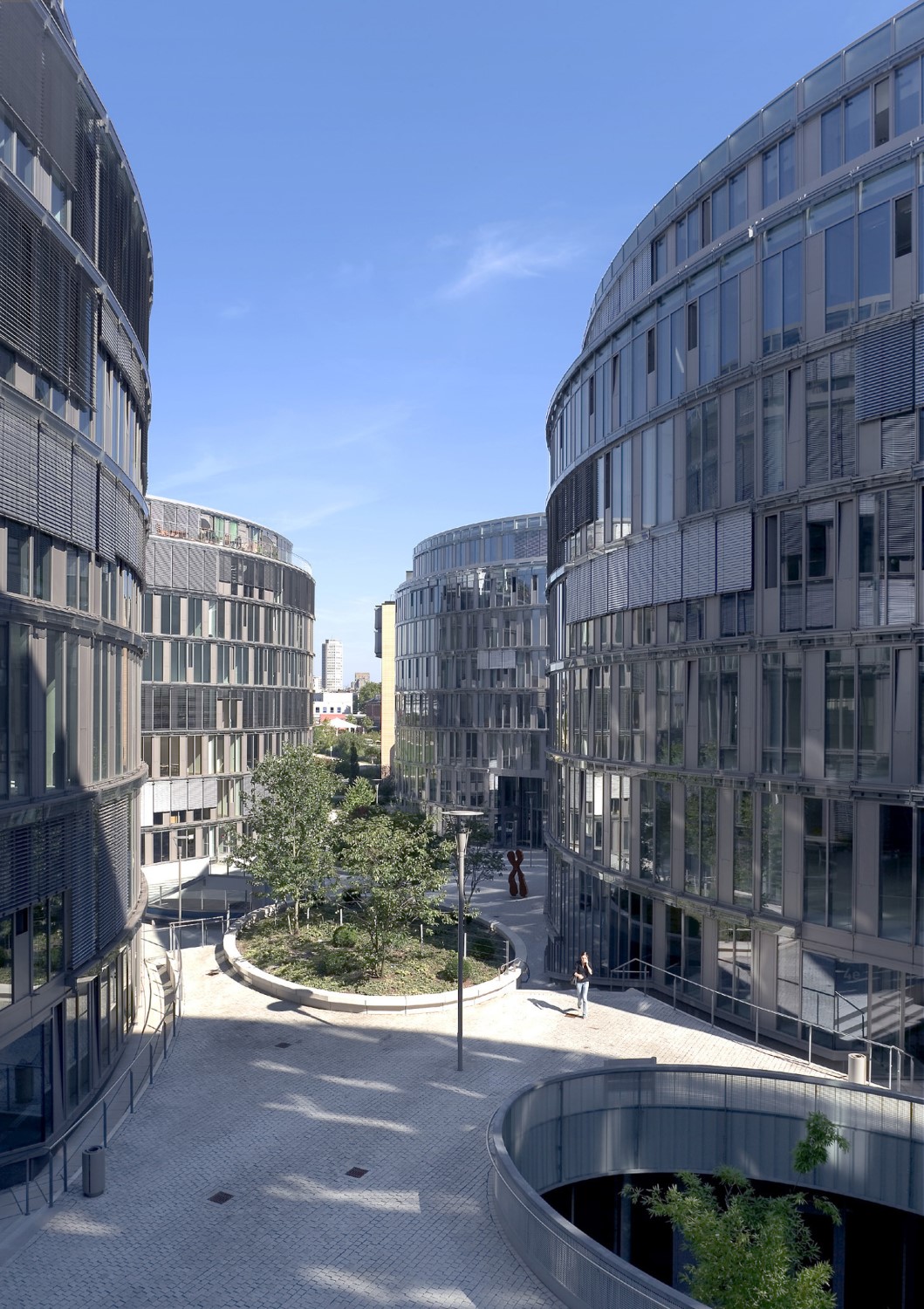 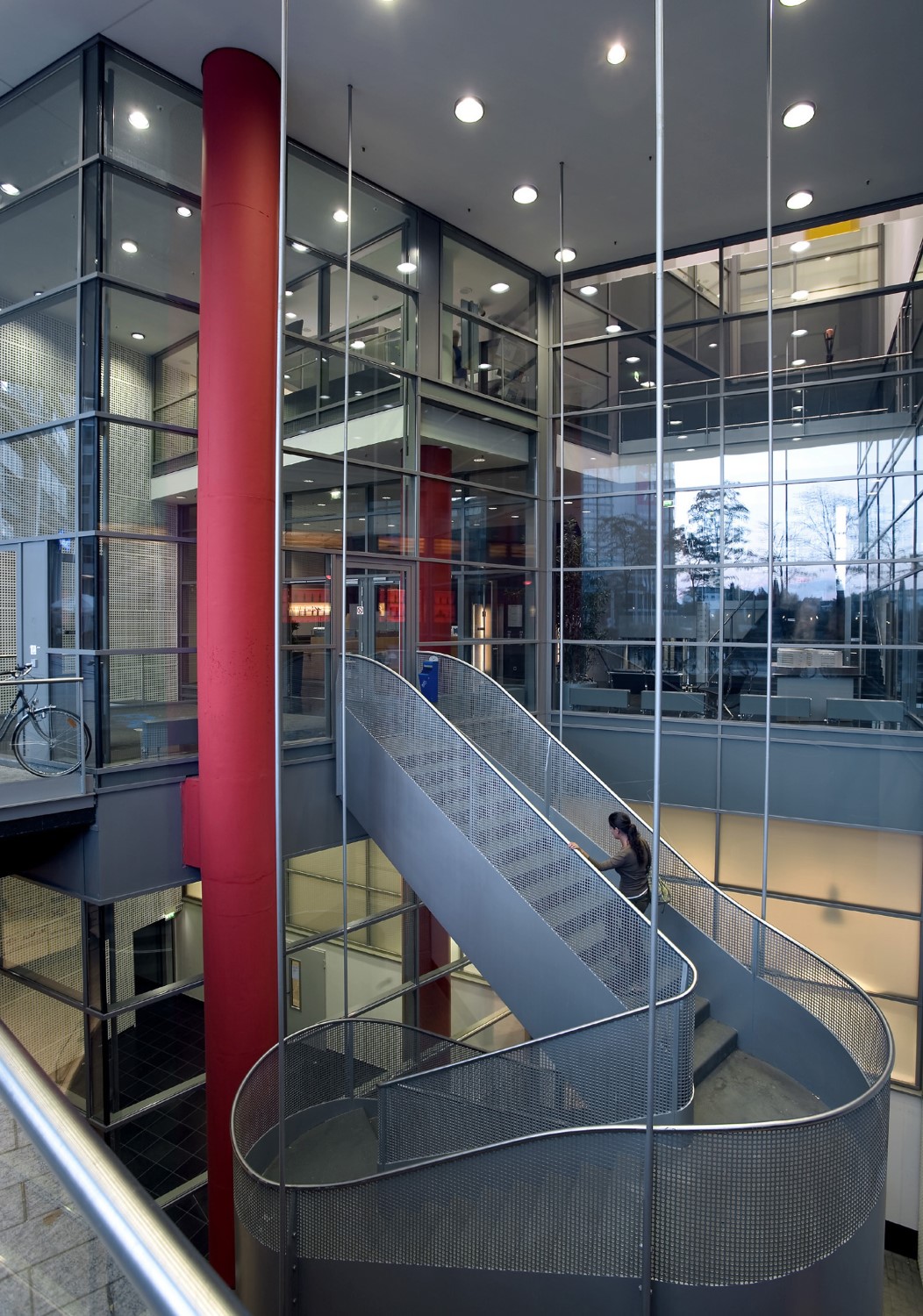 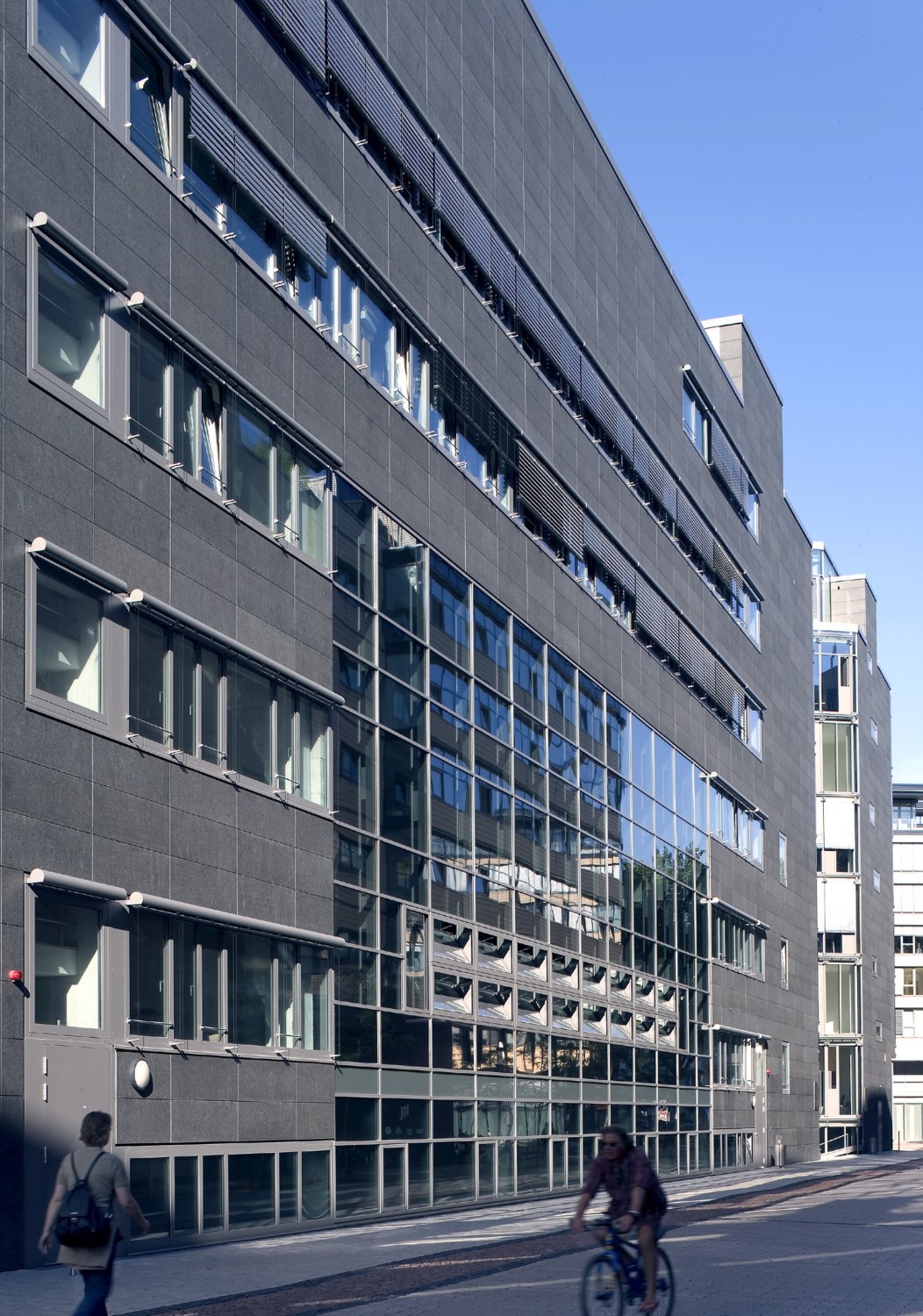 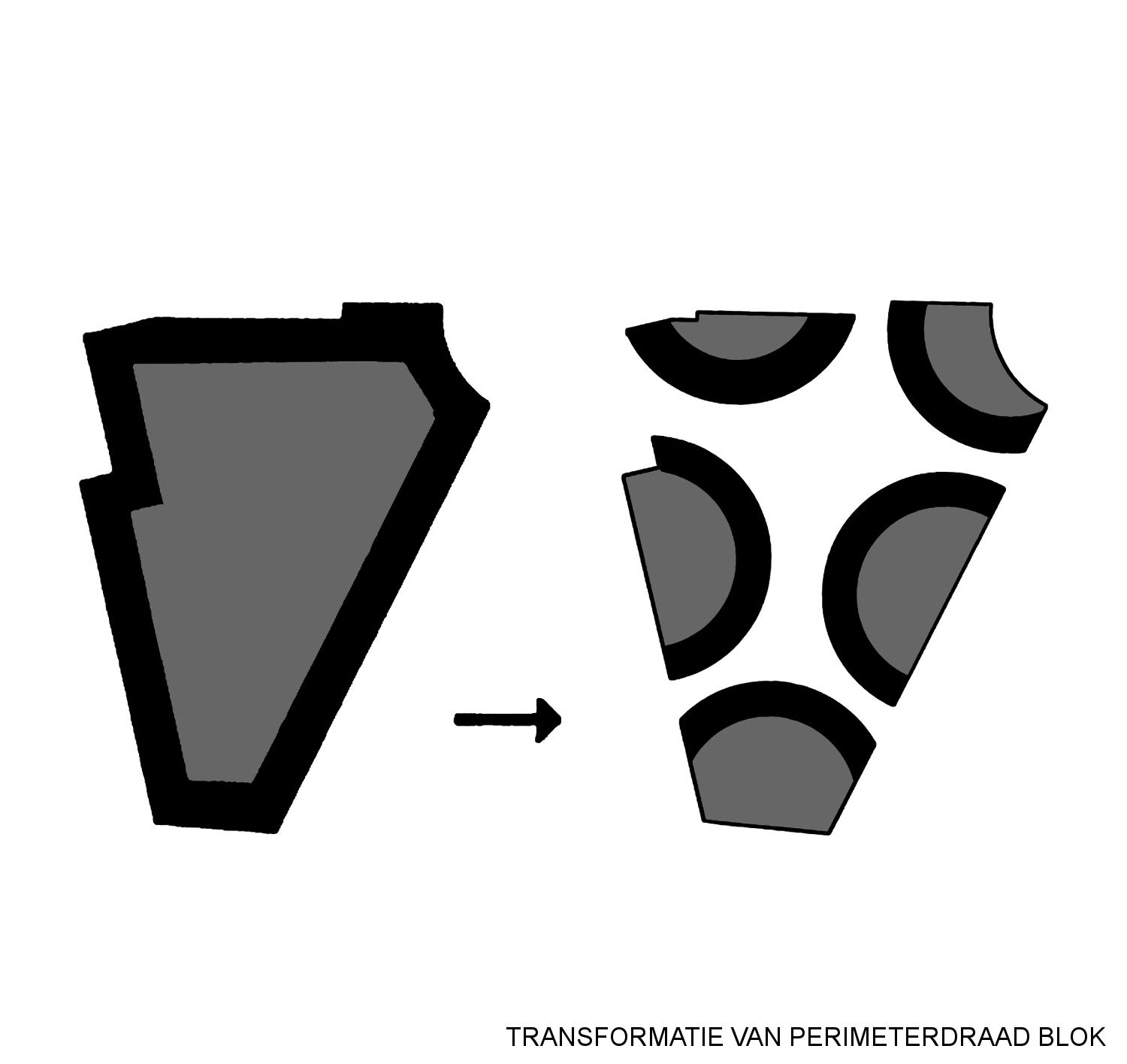 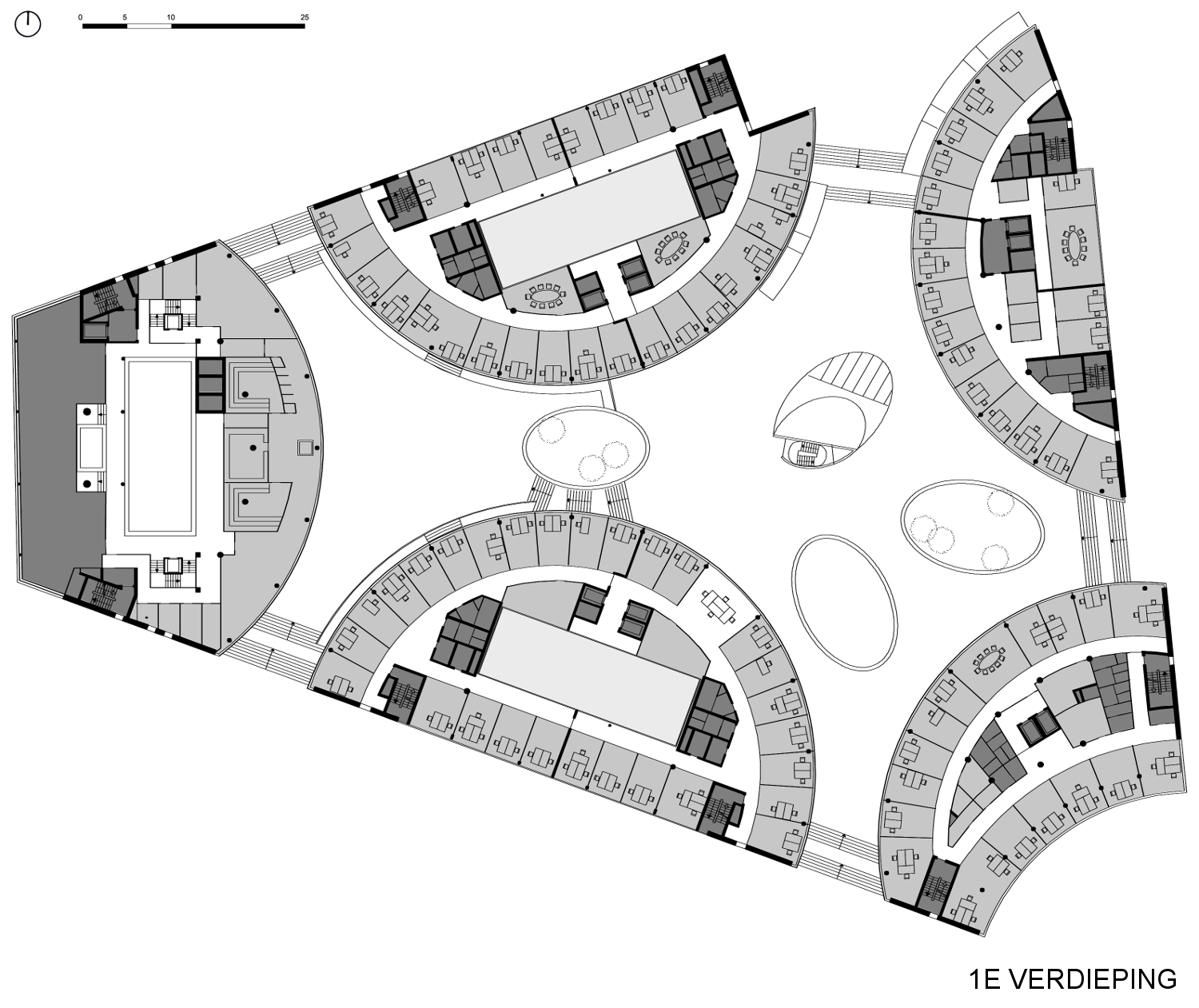 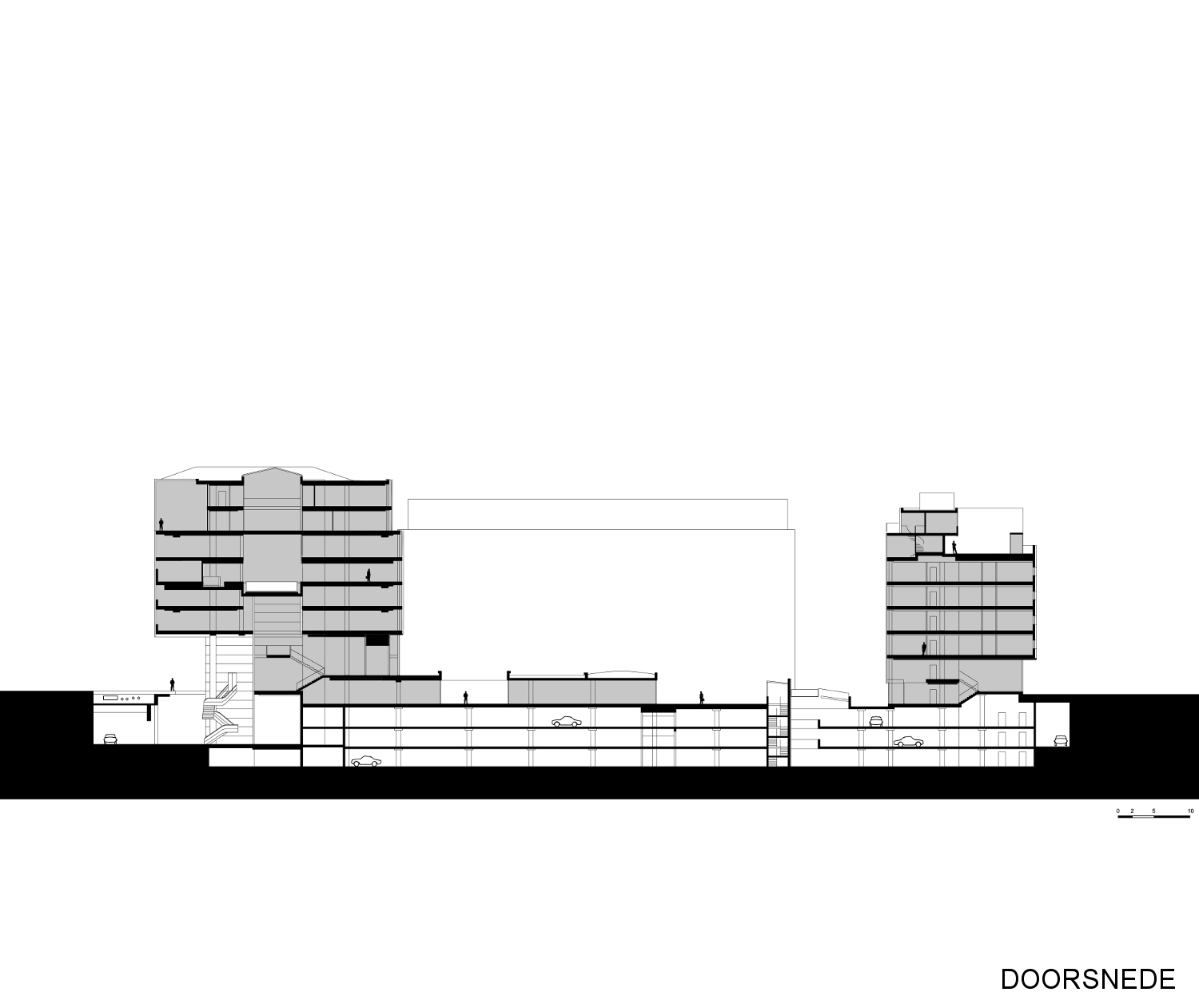