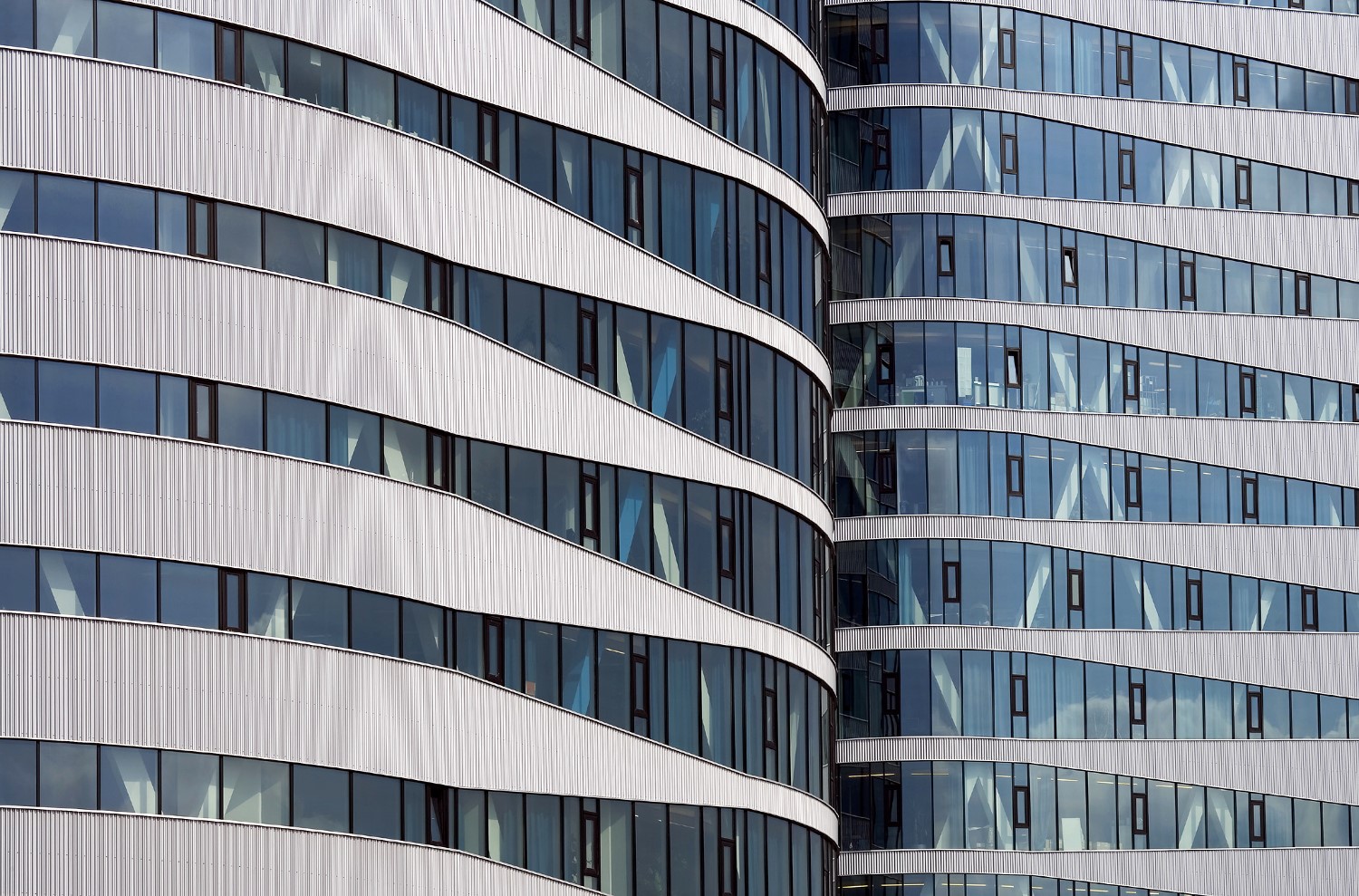 The double tower can be seen as a means of articulating a lumpen building mass made disproportionate by having an upper floor area too large for the overall total height. At a high visibility location in a bend on the river Amstel as it enters the city, the key visual axes served as our basic premiss for positioning the towers relative to one another. A number of bridges link the two tower components, forging them into a single organic and organizational whole. This happens most literally at the eighth and ninth storeys. Here is the building's heart, where a restaurant and a meeting centre with a large congress hall, a foyer and a café will draw to them all those working in the building. This is the place where the views out are at their most outstanding. It is also the most arresting part of the building seen from outside, certainly when lit up at night. 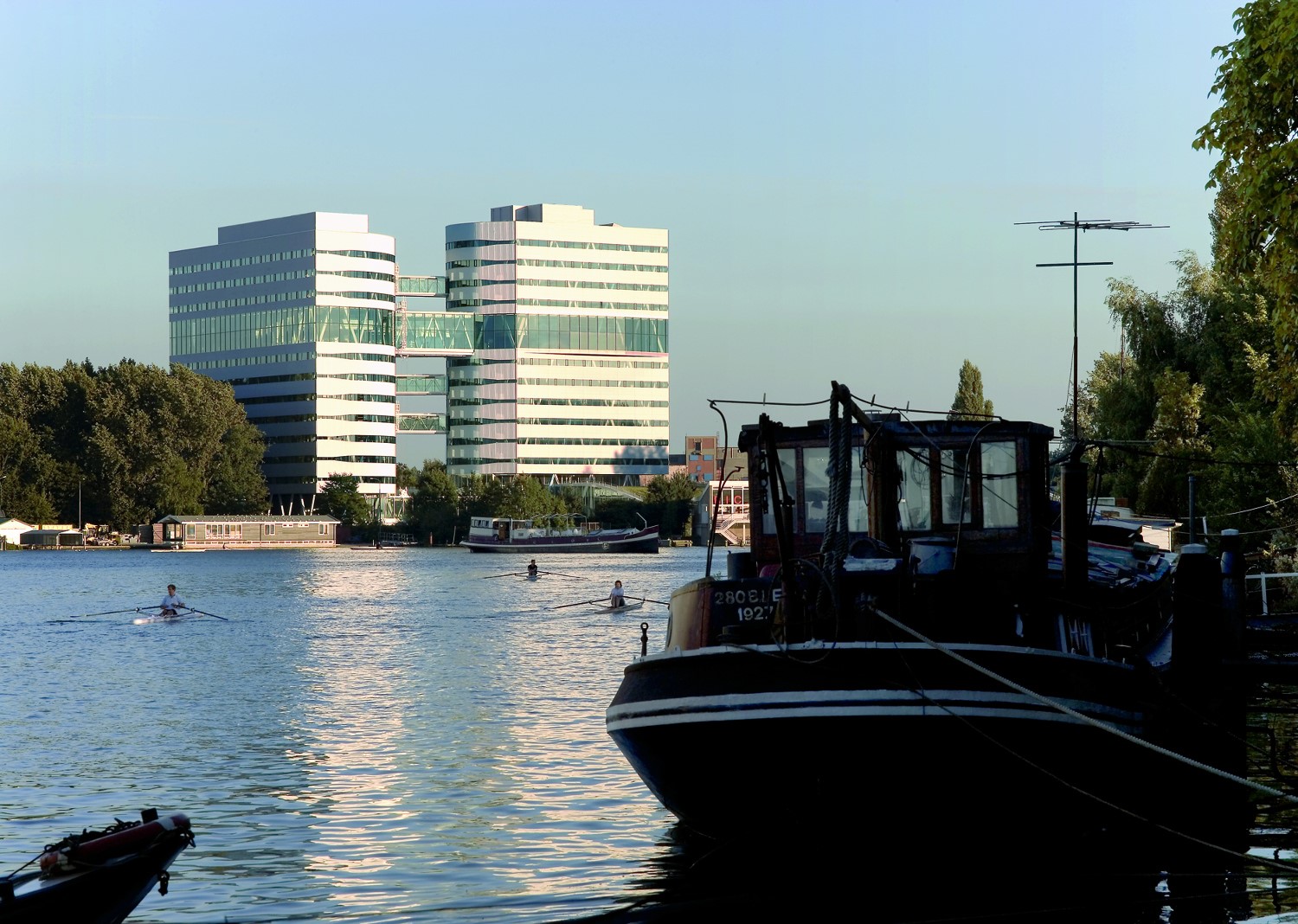 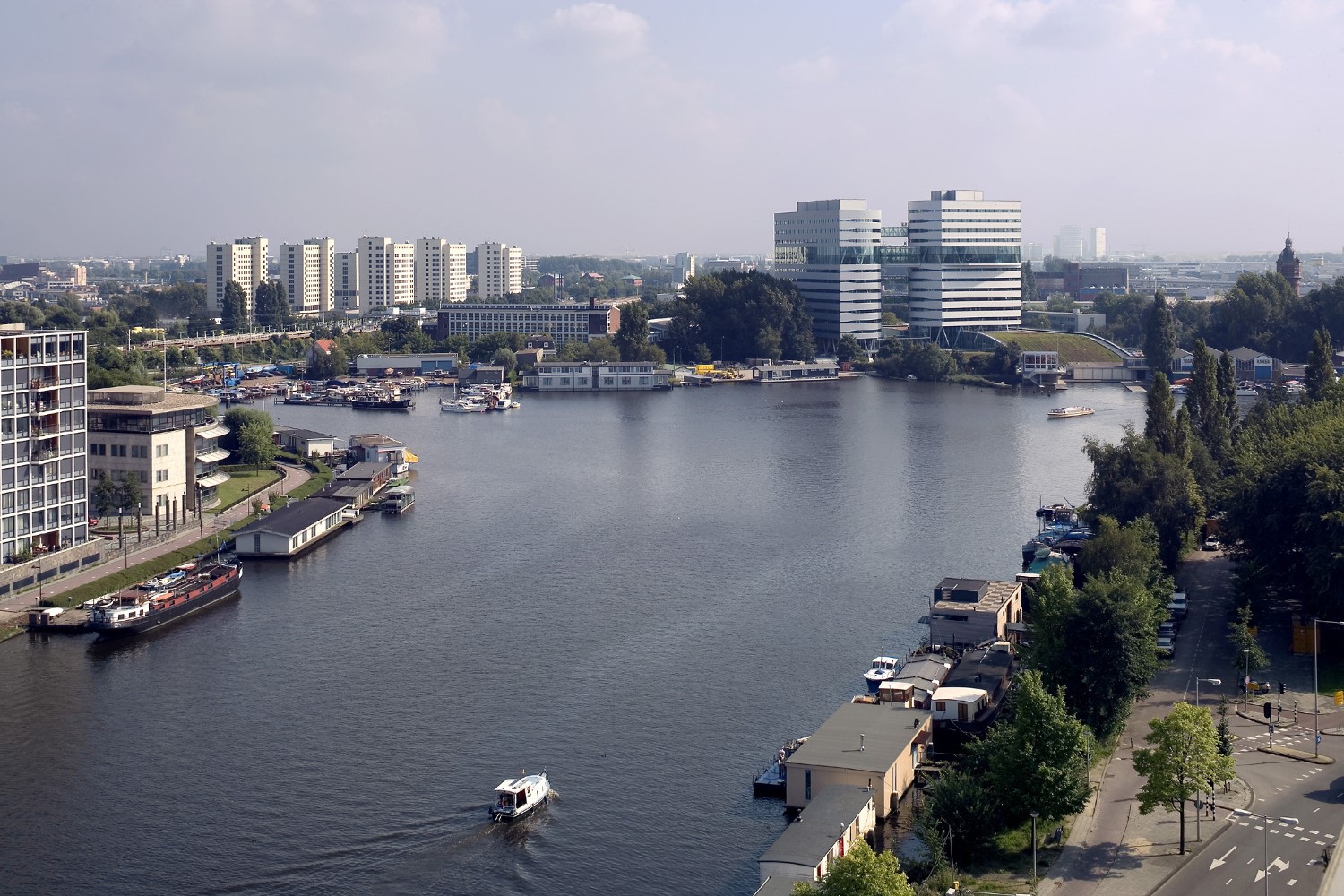 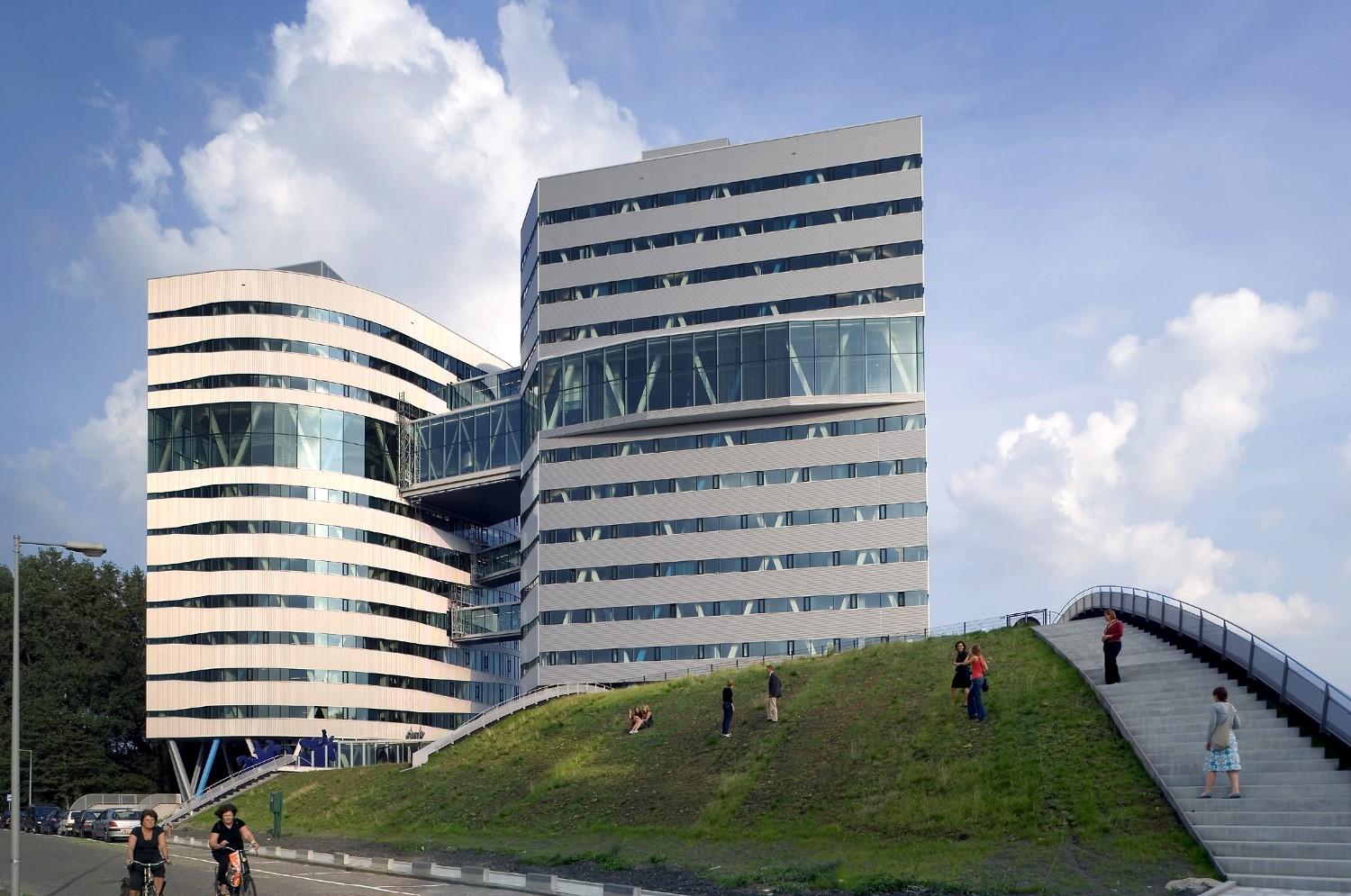 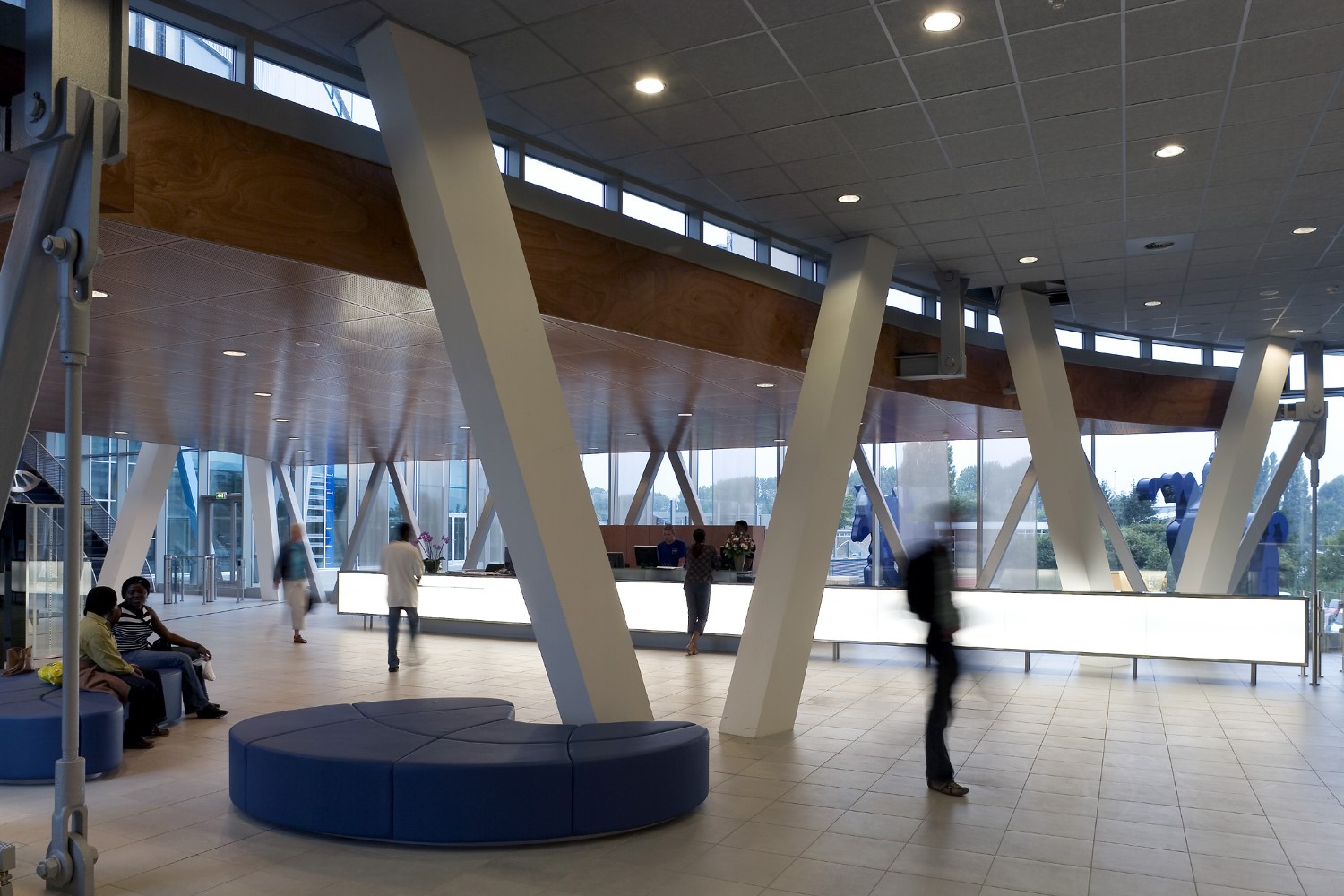 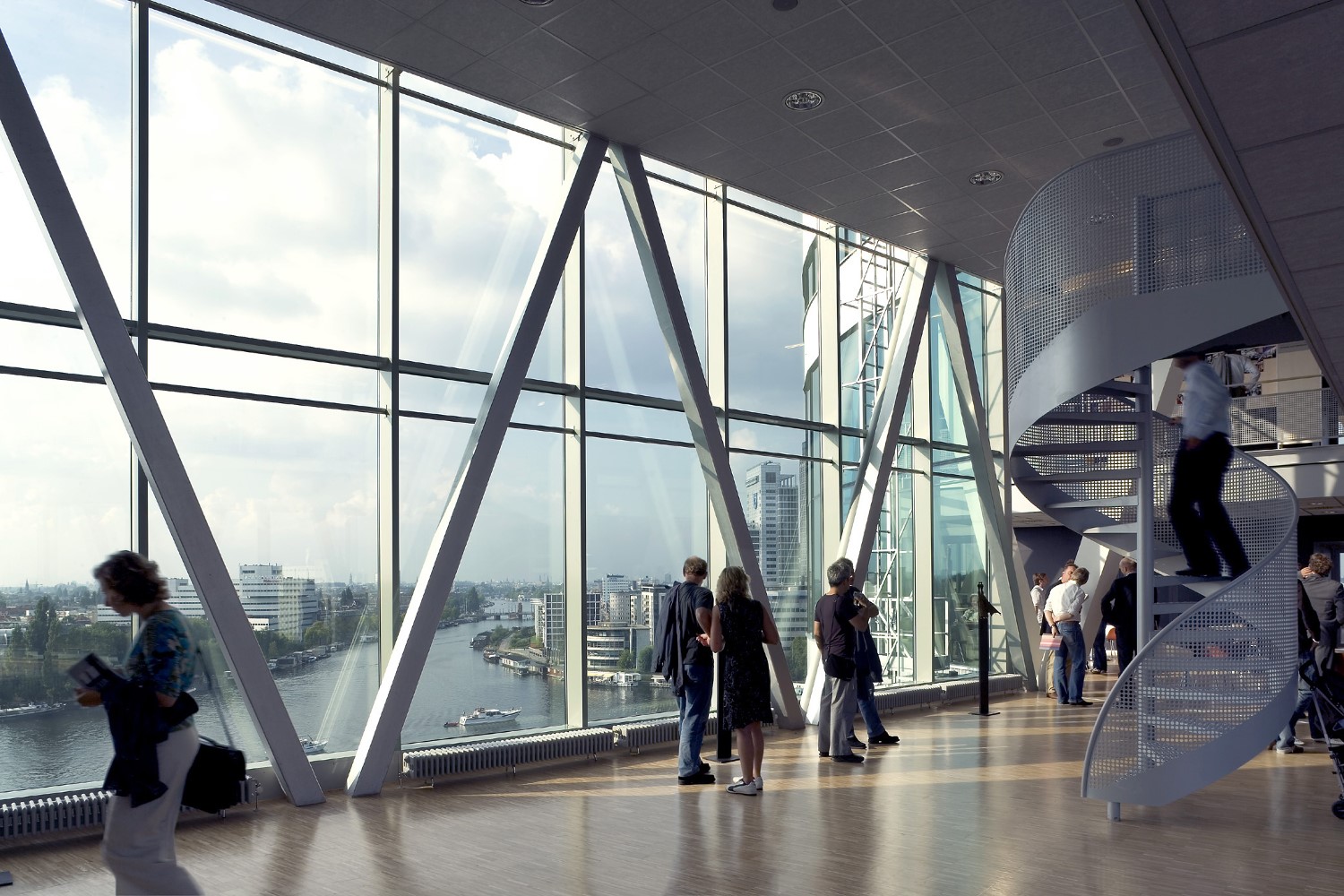 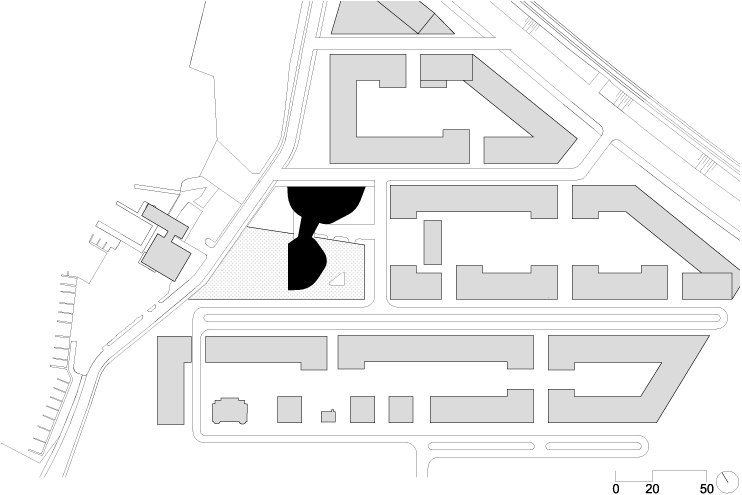 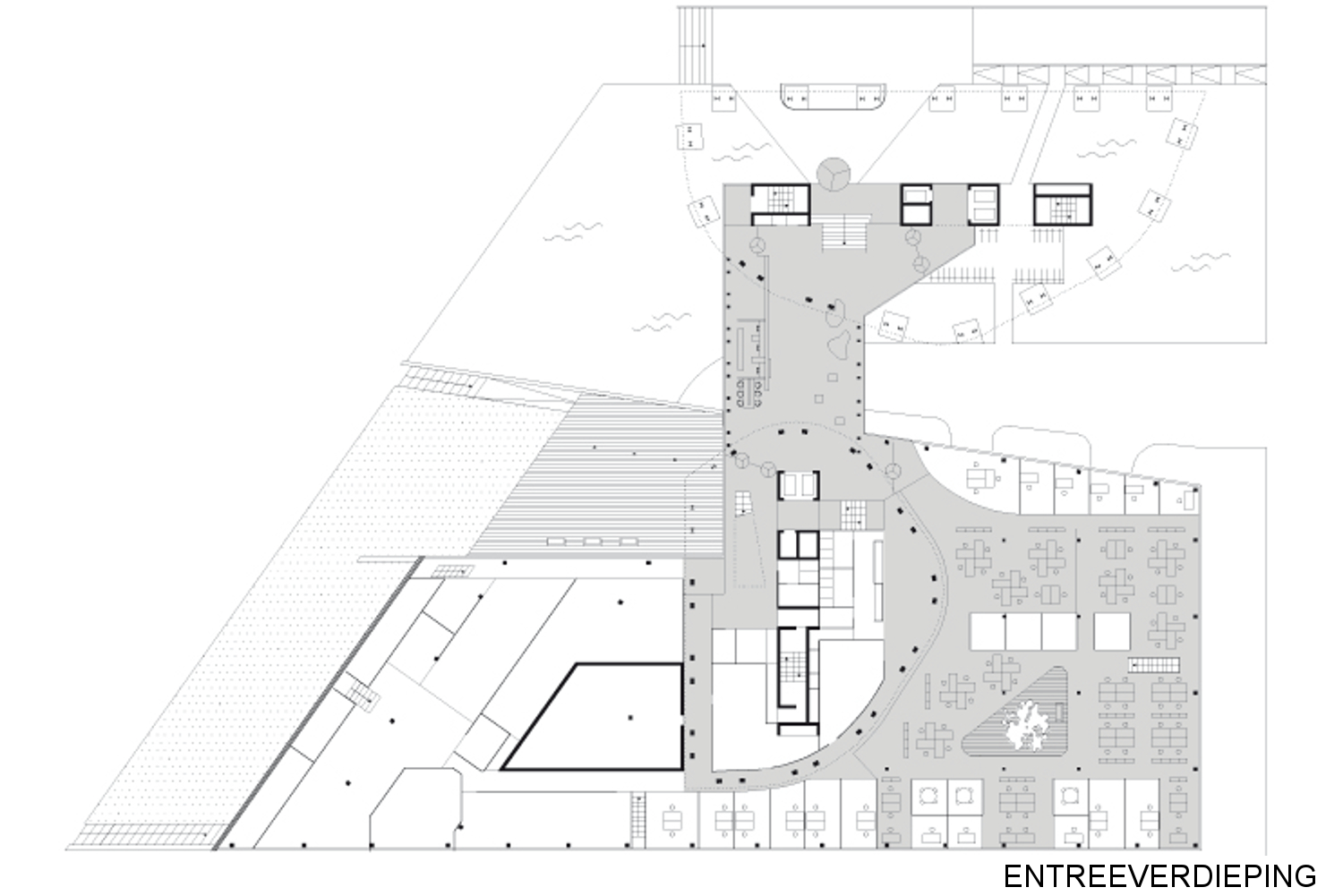 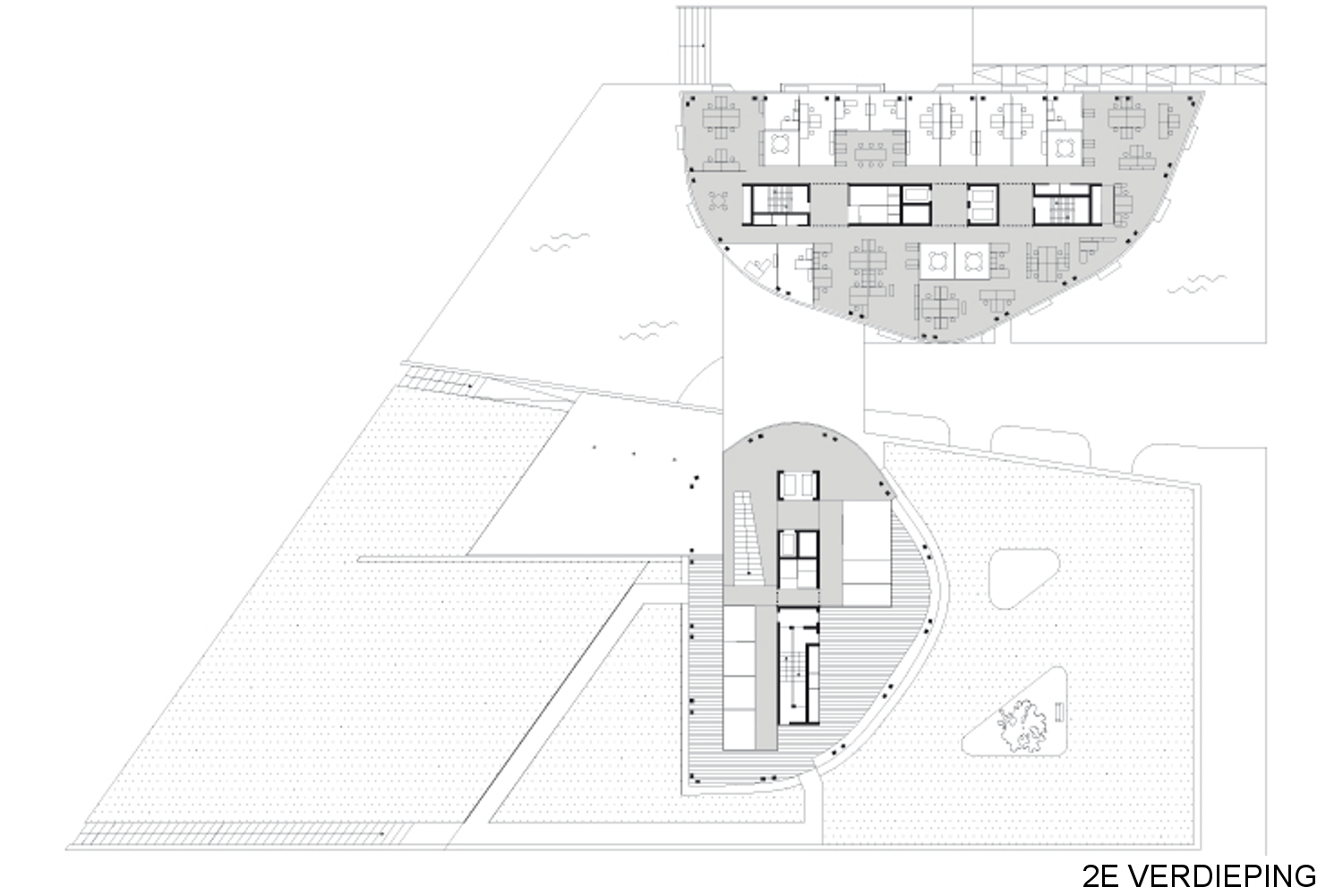 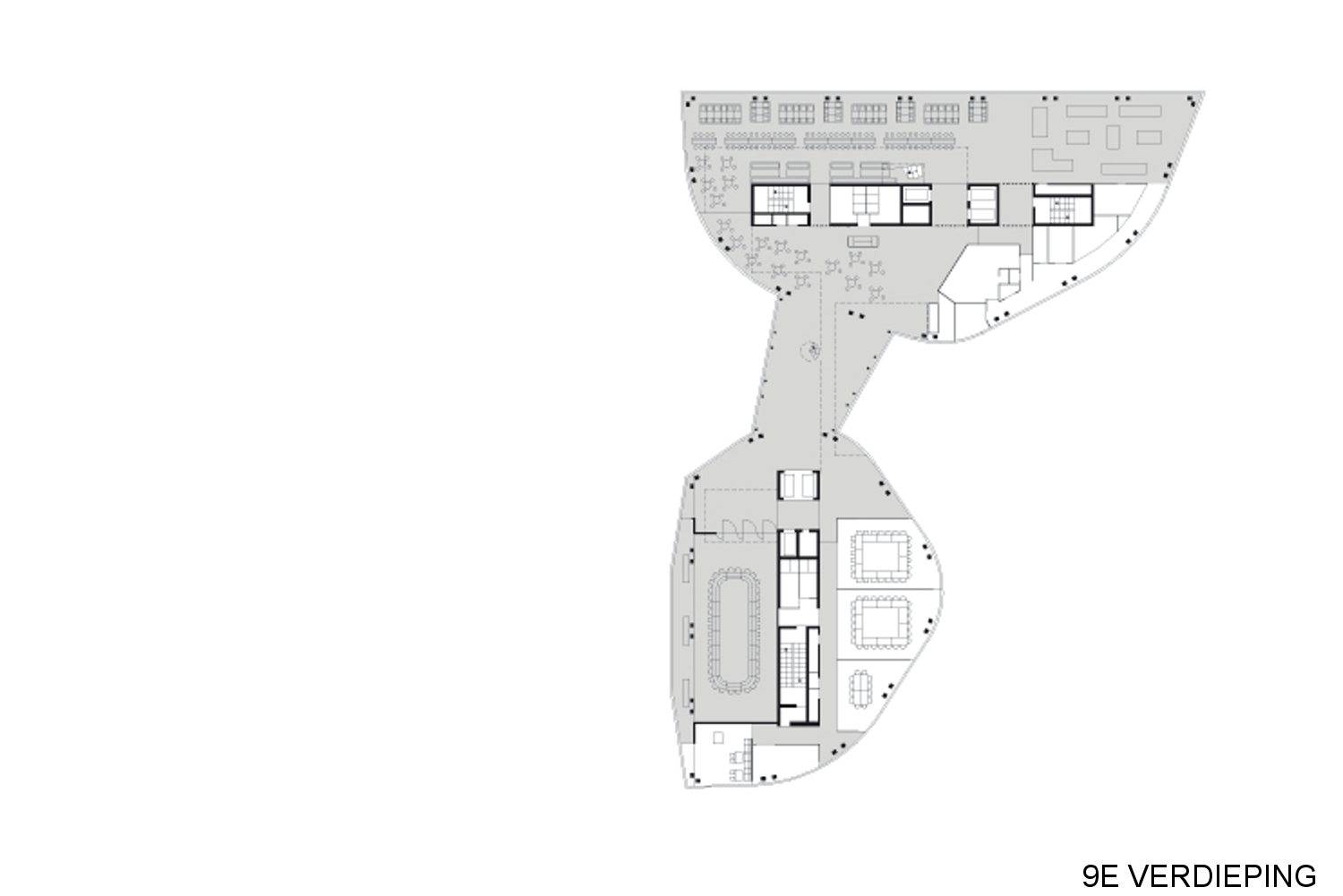 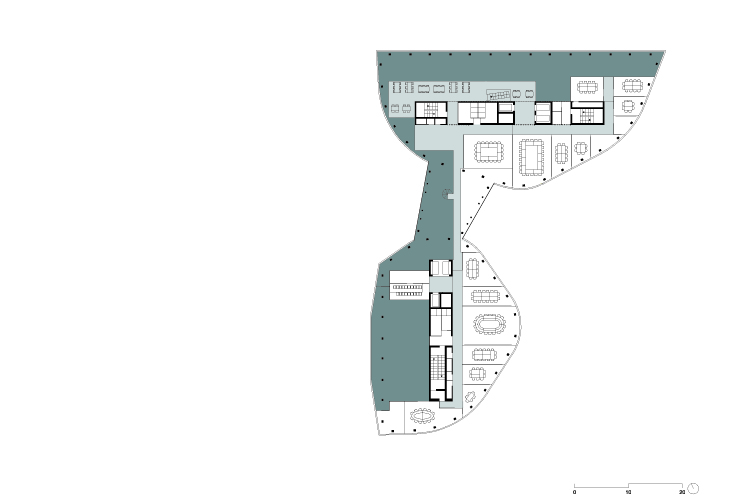 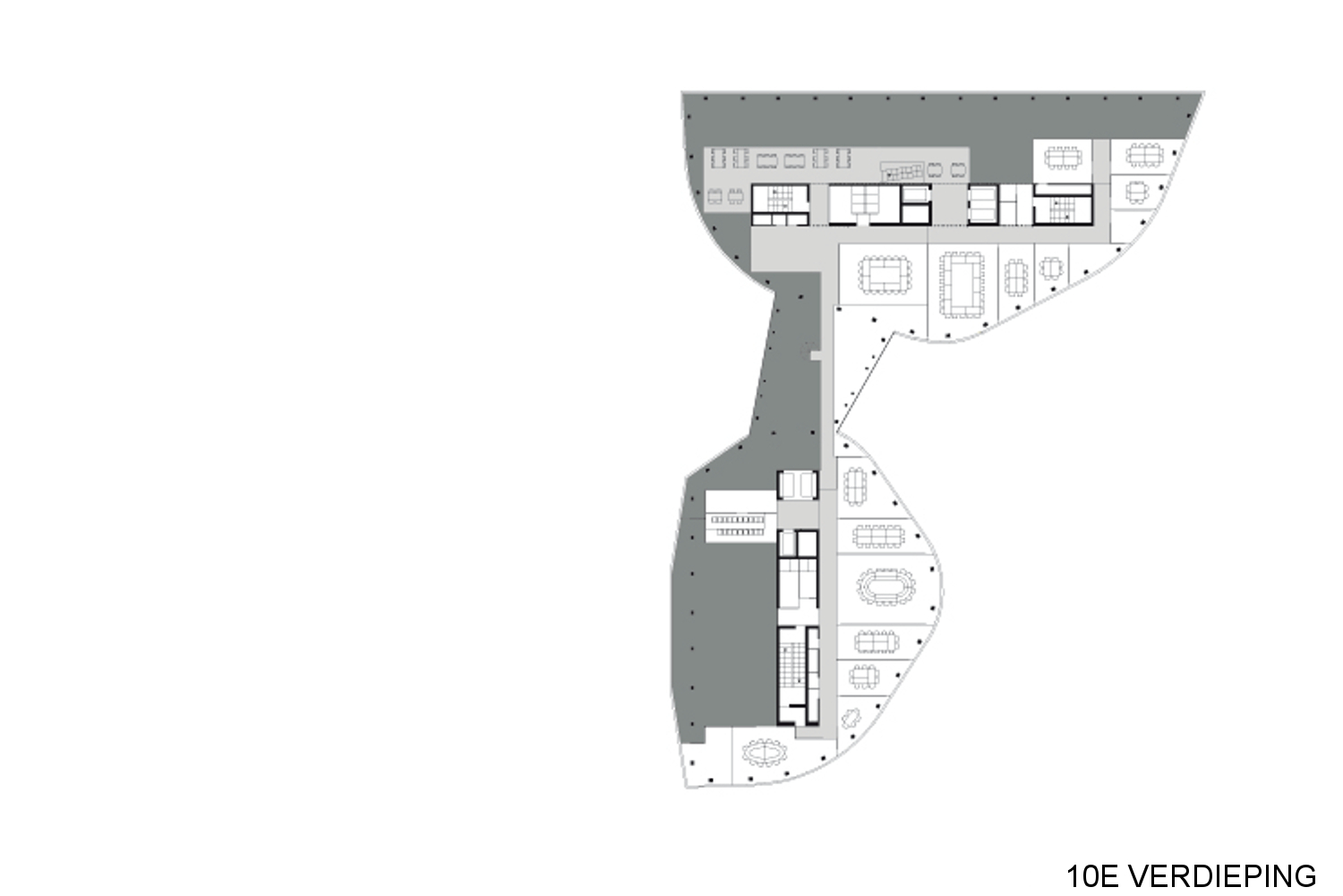 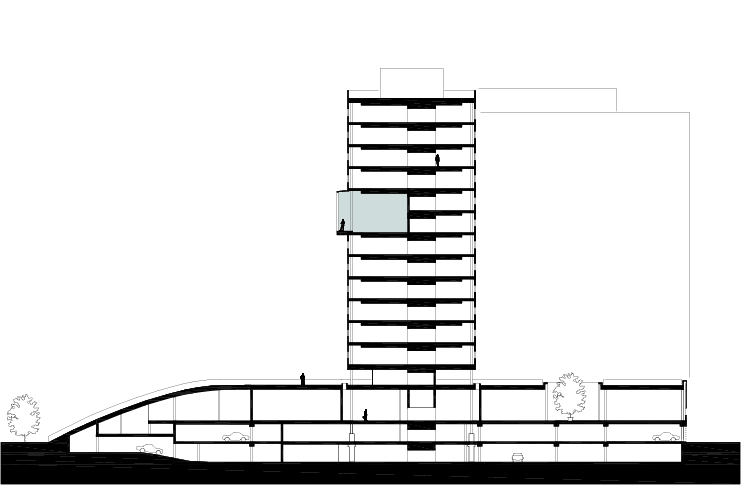 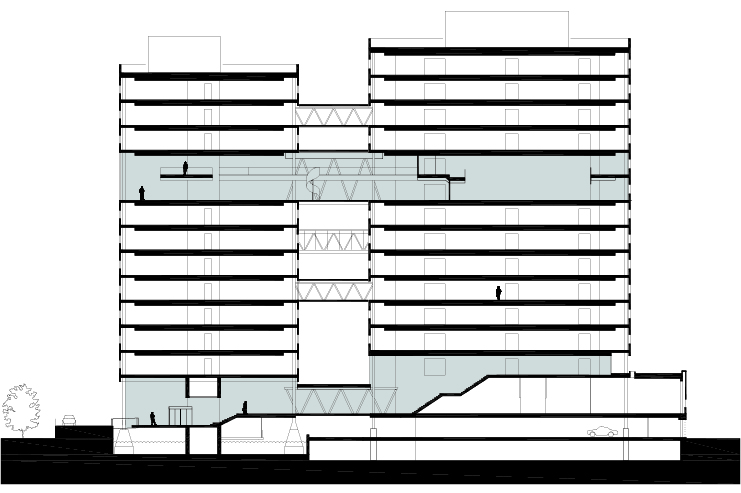 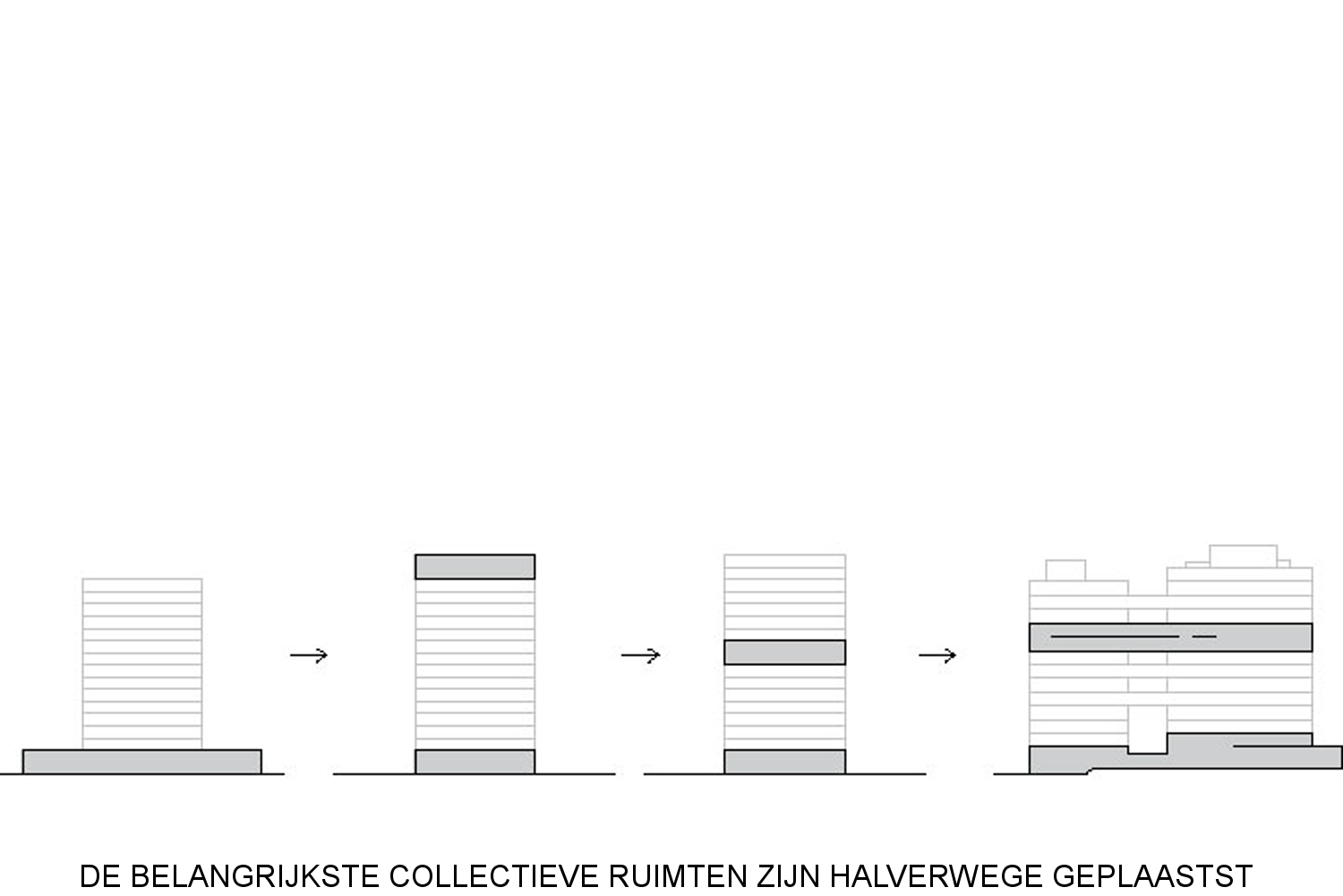